Peter and I pass the 100 munro milestone in Drumochter

Peter and I pass the 100 munro milestone in Drumochter

A short stopoff at The Hermitage on the way up the A9 to catch those Autumnal colours: 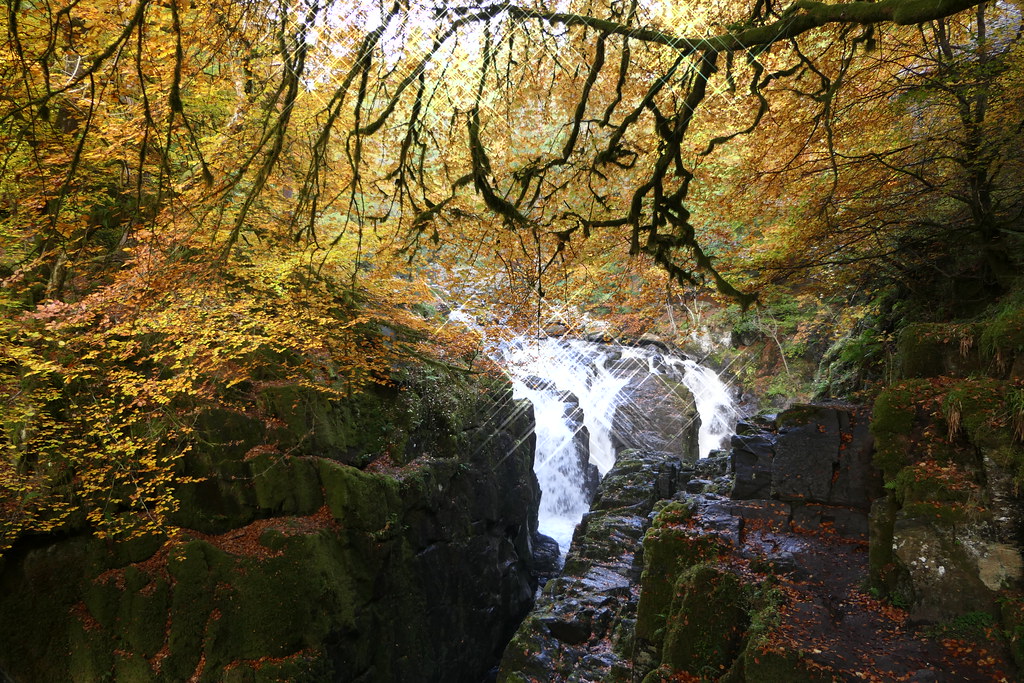 The Sow (left) and The Boar (right) The 3 munros are behind these two corbetts:


Wednesday 10th October 2018 was predicted to be a "summers day" in Scotland - it may well have been in the Central Belt but it wasn't in the Drumochter Pass!

We bagged #100 Sgairneach Mhor (991m) and got into the clag just before the summit. We had a soup and sandwich at the top and mulled over whether to go for the 2nd munro of the day or return to the car. We gave it until 2pm and just before that the clad shifted and we could see the route to Beinn Udlamain so pushed on.

Me atop the first munro of the day - Sgairneach Mhor: 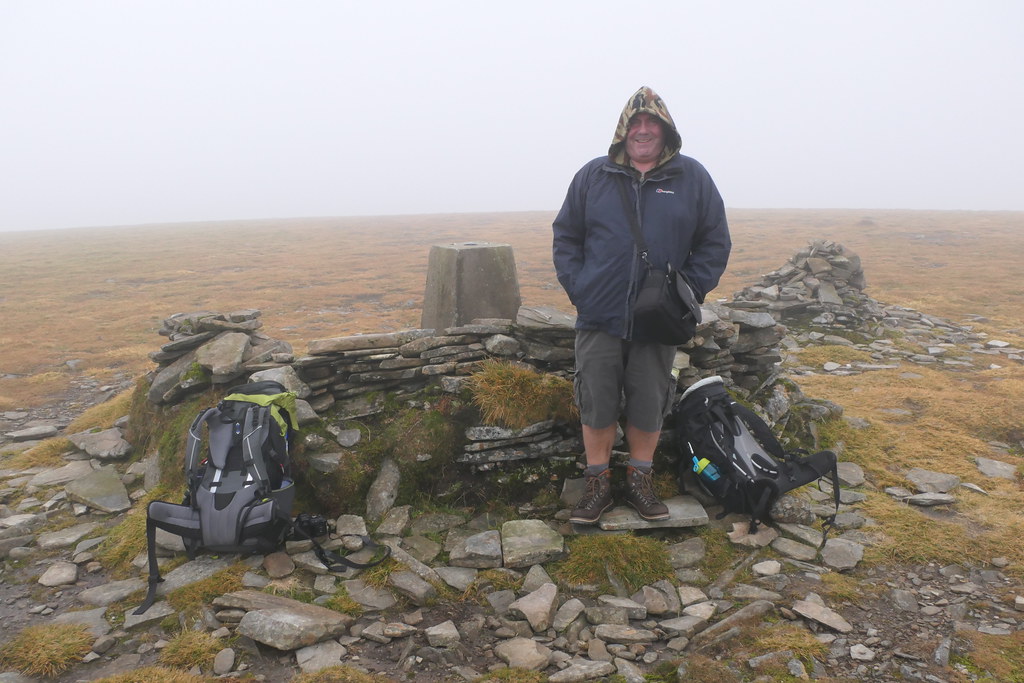 The sun was out and we were now looking over the most barren spot of land I think I have seen, but the walk was a gentle drop of 600 feet and gentle rise. We got views down Loch Ericht too! 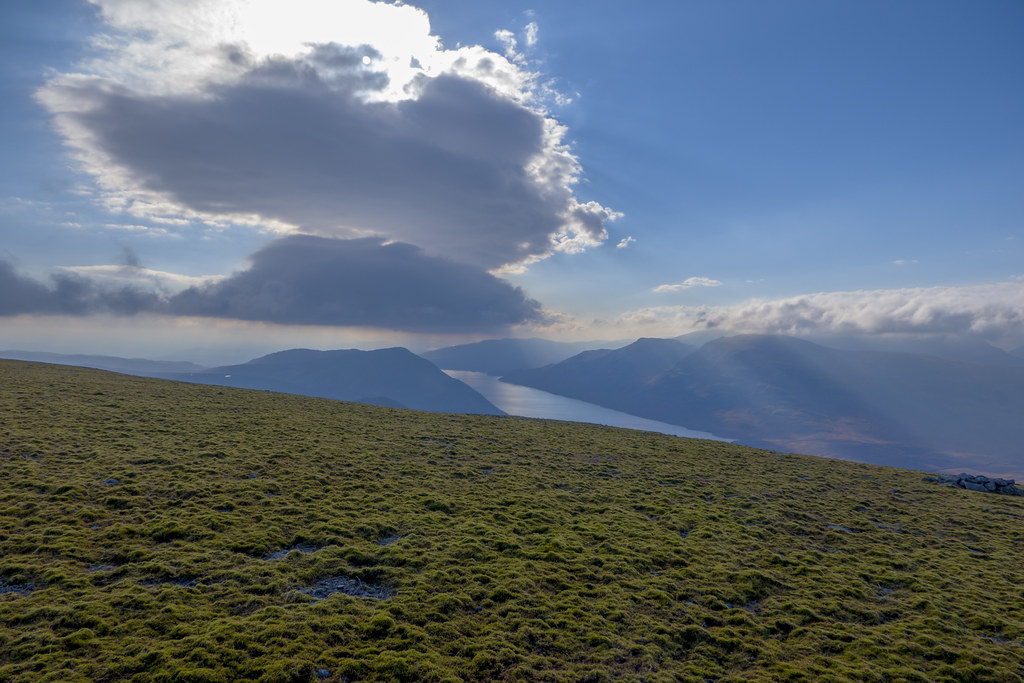 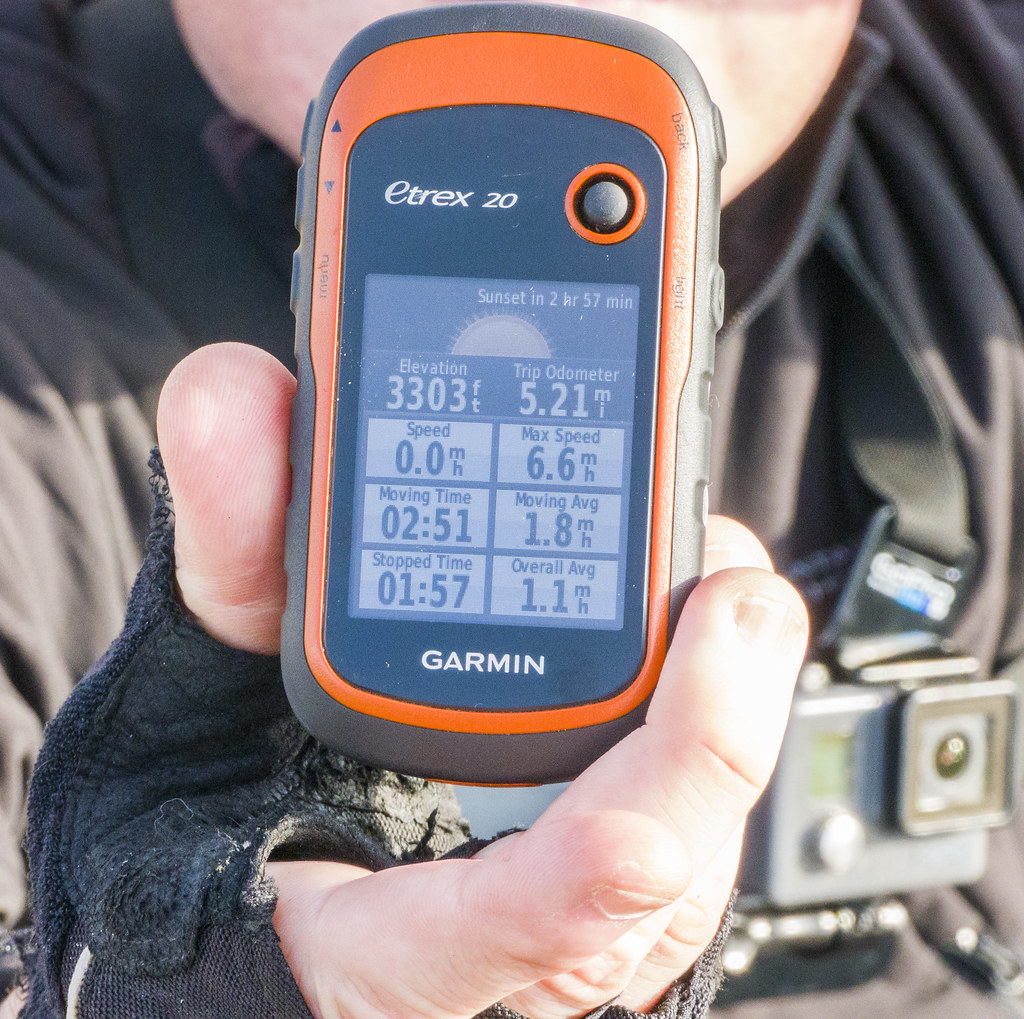 At the large cairn on Beinn Udlamain (1010m) we met an elderly gentleman heading the opposite way to use and a young lady who had caught up on us. She indicated she was going for munro #3 of the day. Peter and I were happy with the pair, so we heading on back towards the A9.

Me at the top of munro # 2 Beinn Udlamain: 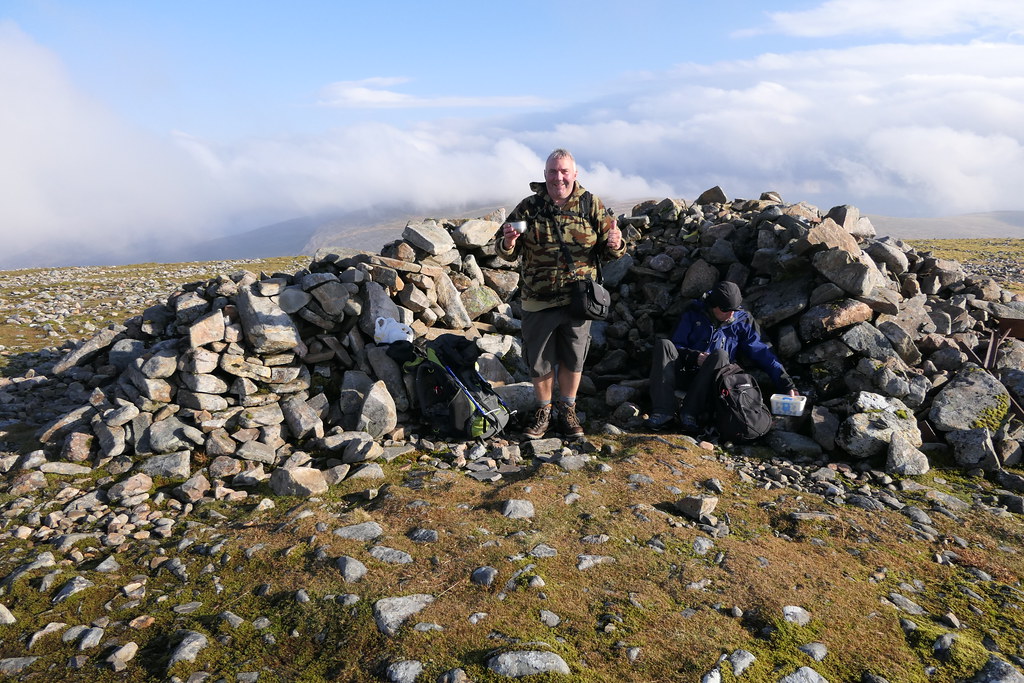 The the clad came over again and we could not see where we were going! We followed "the path". My Etrex satnav told me we had veared off the route for the 2 munros. We ended up at the top of this third munro A'Mharconaich (975m) where the path finished. The satnav showed the A9 straight ahead but I could sense the drop was going to be too steep so we retraced our steps using the Etrex and dropped down eventually out of the clag allowing us to see the track at 1600 feet which took us back to the A9.

A look back at the third munro from the way to the 1st - note the steepness and the need to backtrack!

Back at the car just after sundown, took us 8.5 hours!