Not the In Pinn…

Not the In Pinn…


Definitely not the Inaccessible Pinnacle…but the only other Marilyn in Scotland beginning with an ‘I’, so Innerdouny Hill keeps prestigious company! At least, that’s according to my brief scan through the WH hill lists when I was looking at this hill as an option and realised its alphabetical significance. (Its close neighbour and namesake Innerdounie is a Donald, but not a Marilyn. I also discovered that if you decided to climb all the Scottish Sub 2ks in alphabetical order, by the time you got to hills beginning with ‘D’, you’d be more than halfway through!)

Anyway, the homework I did by reading other WH reports was well worth the effort, as I avoided GraemeD’s car park mistaken identity woes and scrapping with fallen trees, and took the long easy way round as recommended by Gordie12 and Rob Munbett

I’d chosen this hill for another Sunday afternoon run as I seem to have spent a fortune on petrol this month, and wanted something fairly close to home. My journey took me round by Perth and Dunning, following the B934 south past Simon Howie’s shiny HQ, and gently uphill past some old farms and some very fancy new houses. This road isn’t a typical hill road, passing as it does over three separate watersheds between Dunning and Muckhart. My stop was just over the second watershed, arriving at the second of the FC’s Littlerig car parks just after 3pm. 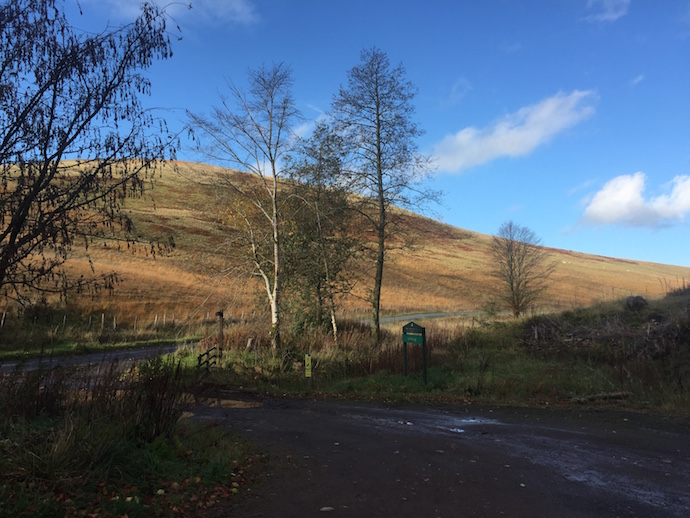 I didn’t expect to see many people on the hill given the late start and its comparative insignificance, but there was one other car parked at the car park. There was a slight westerly breeze, but it was mild, and the lunchtime rain had long since disappeared, replaced by increasing amounts of sunshine and blue skies.

The way up is straightforward, following a wide track that winds its way up the hill, initially through felled slopes and then, after taking the right fork about a mile in, to a narrower stonier track through more mature forest. 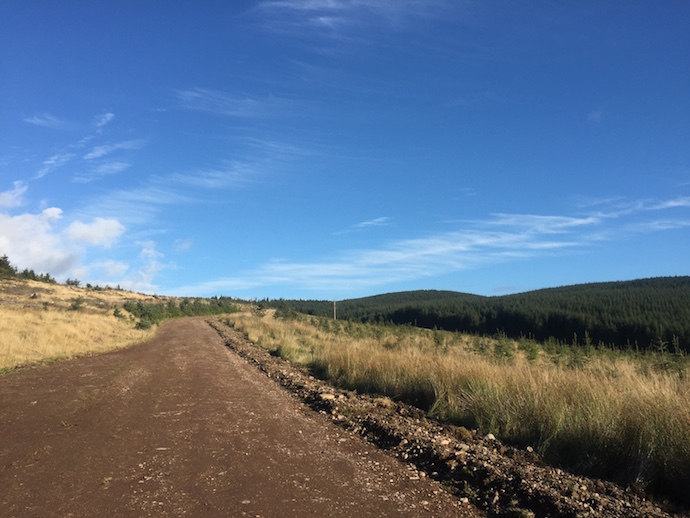 I was surprised that it wasn’t uphill all the way—two noticeable downhill sections I hoped wouldn’t be too hard work on the way back. Eventually, nearly 4km from the starting point, the open area to the right emerges, and the faint path beside the fence and the forest edge that will take you gently up, over a subsidiary top, all the way to Innerdouny’s summit trig. 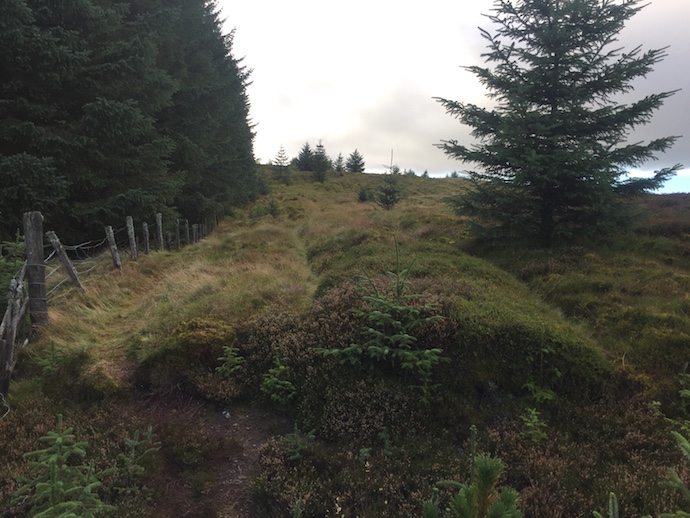 The views were reasonable, but always with the feeling that I was coming up for breath in a sea of dark conifers. The trig point is in excellent nick, though! 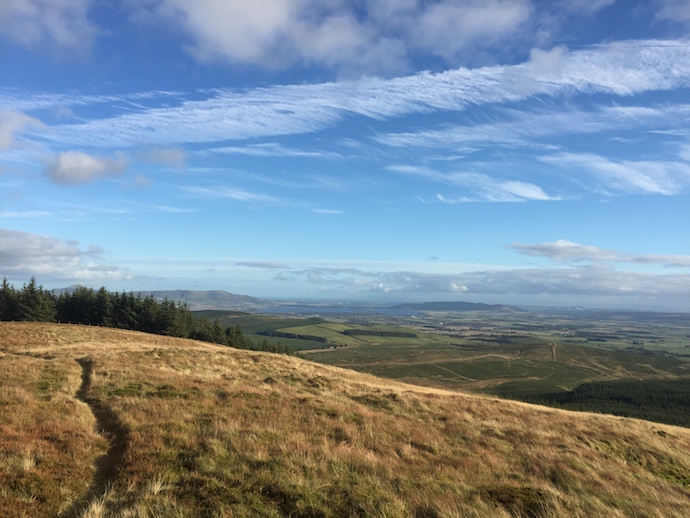 Looking from the summit towards Loch Leven, the Lomond Hills and Benarty Hill 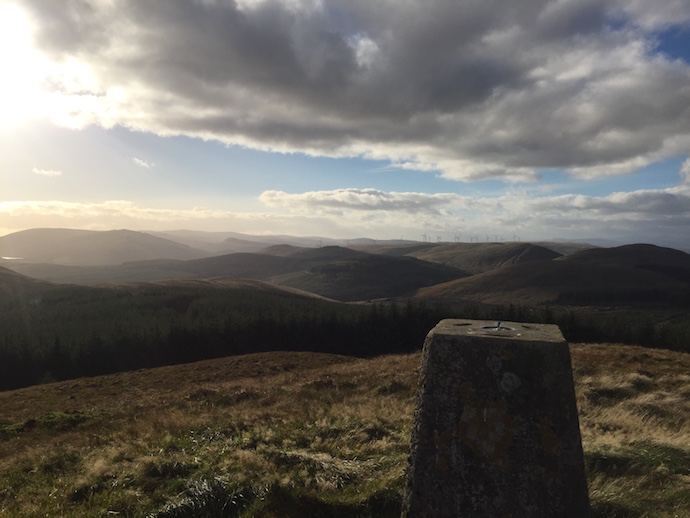 I was soon on my way back down, and considered for all of about half a second trying to take a short cut north, down beside a wall and into who knows what sort of fallen tree hell might lie ahead. So it was a case of better the devil you know, and I retraced my steps all the way back to the car. The breeze never got too strong, and the two uphill stretches weren’t as challenging as I feared, and I was back at the car in just under an hour.

Play it safe, and you too can tick off “I” in the Scottish hills alphabet challenge without needing ropes and a guide