2018-10-24 Ullscarf.gpx Open full screen  NB: Walkhighlands is not responsible for the accuracy of gpx files in users posts

We realised with 2 days to go of our trip to the lakes that it would be possible to complete the last of my remaining unclimbed fells from the Central Fells, if we did two today and two tomorrow (stronger walkers would probably do all four in a single walk). So the plan for today was Great Crag, and then weather permitting on to Ullscarf, from Watendlath. 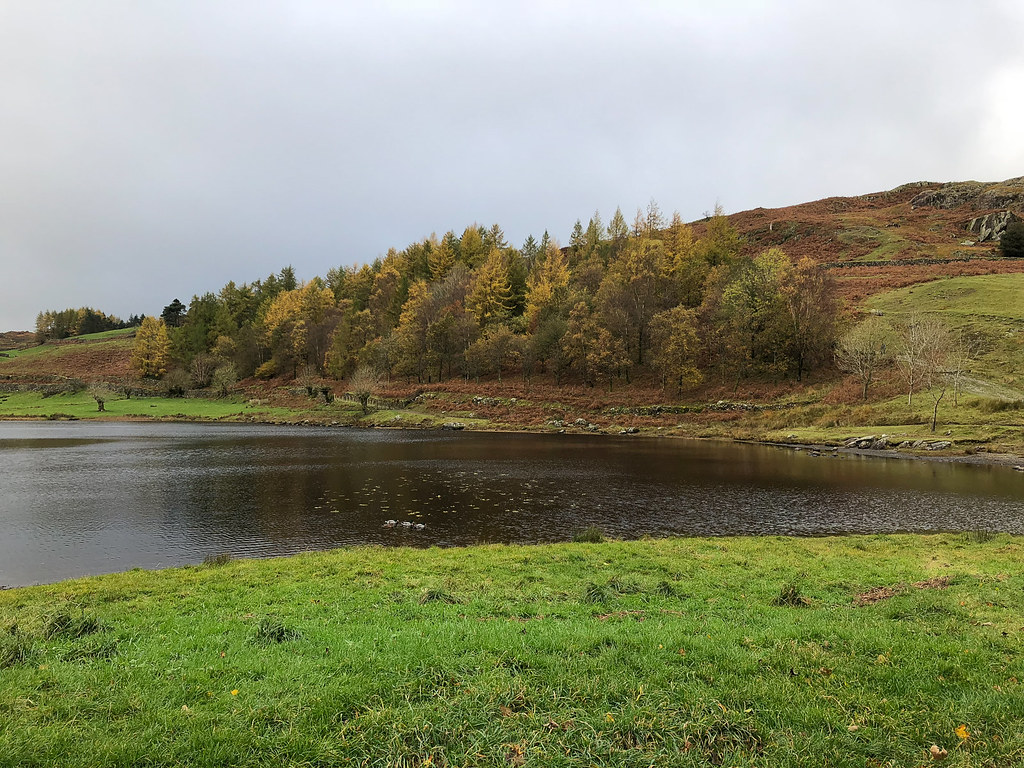 We parked again at Watendlath - it's a lovely spot to start a walk from, with all sorts of benefits - a good car park, a lovely drive to get there, and several hundred feet of ascent already done. 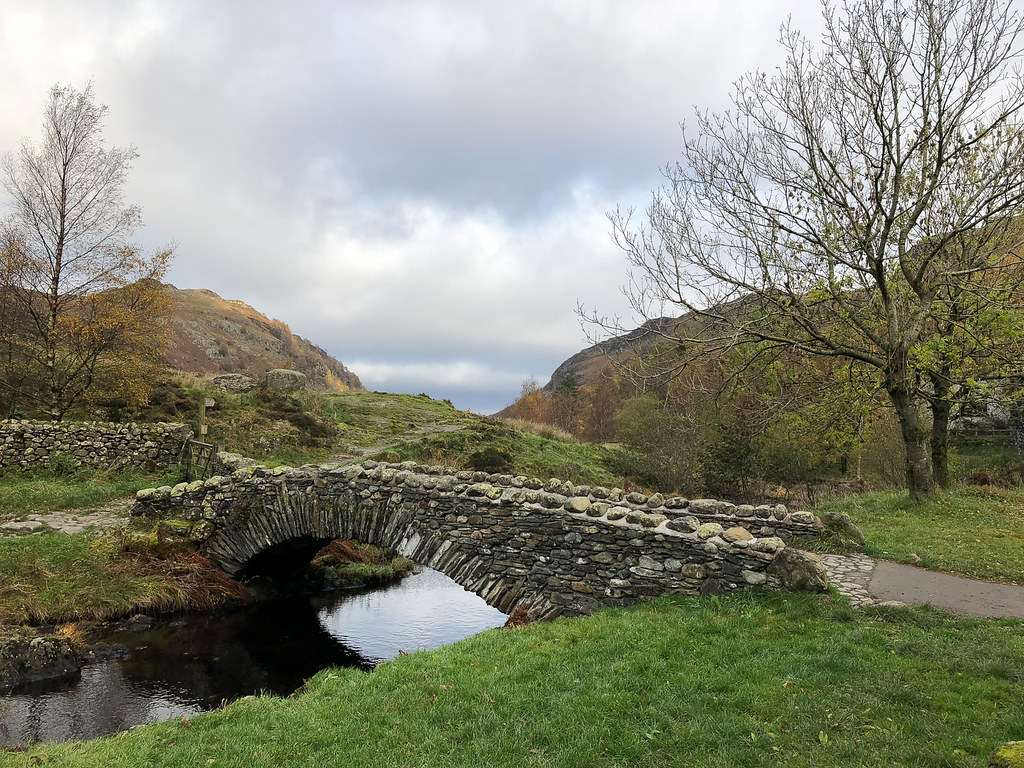 The walk set off round the far side of Watendlath Tarn, via a very picturesque footbridge. 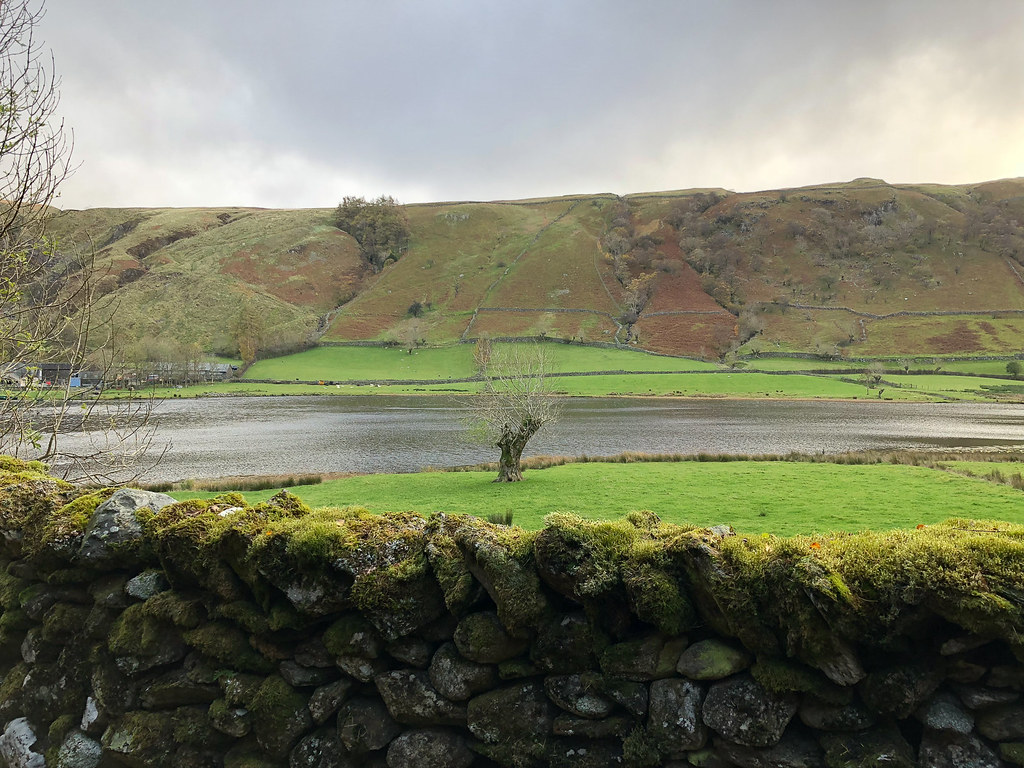 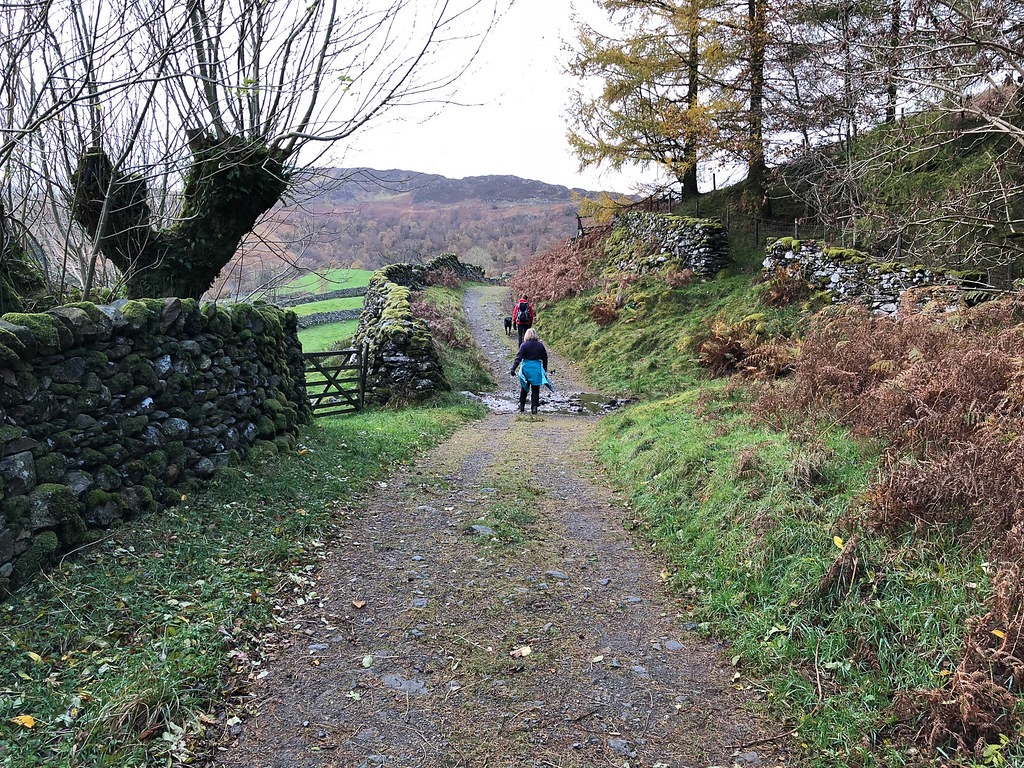 Setting off up the track

The gradients started pretty gently, along a farm track with walls on both sides, then through a gate into an area marked on Wainwright as "Bog Myrtle", with signs imploring the walker to stay on the path to avoid disturbing the habitat. 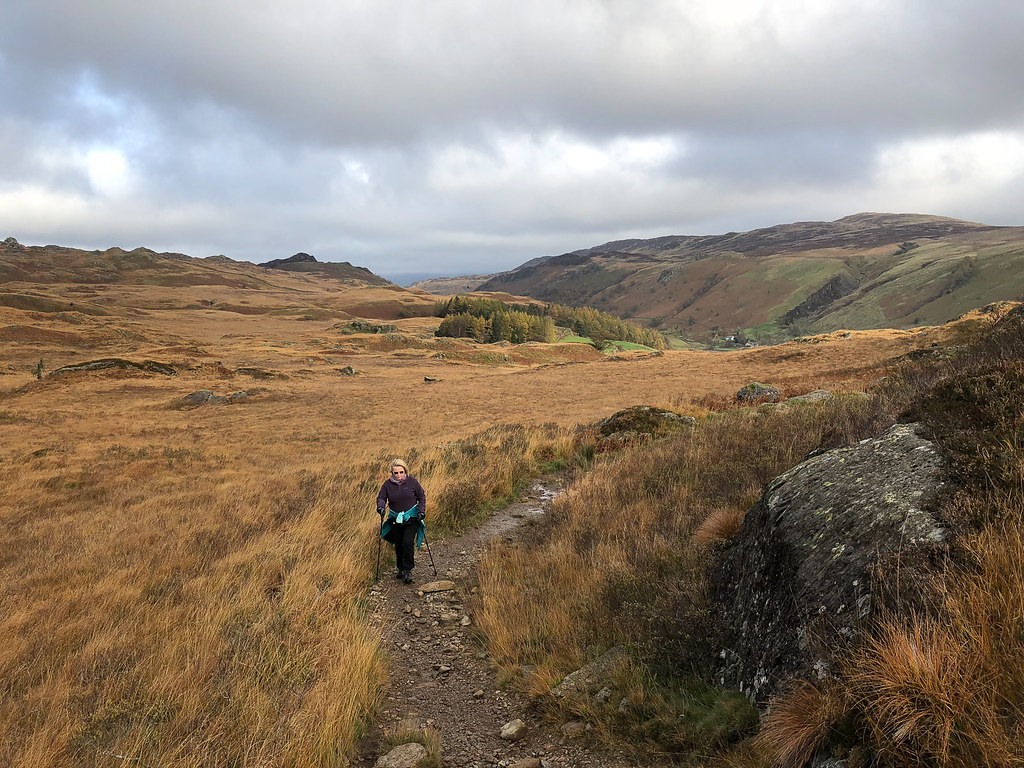 Through the Bog Myrtle

There were stones laid all along this path to make traversing the bogs much easier. The path soon reached another wall then a short ascent to the summit. 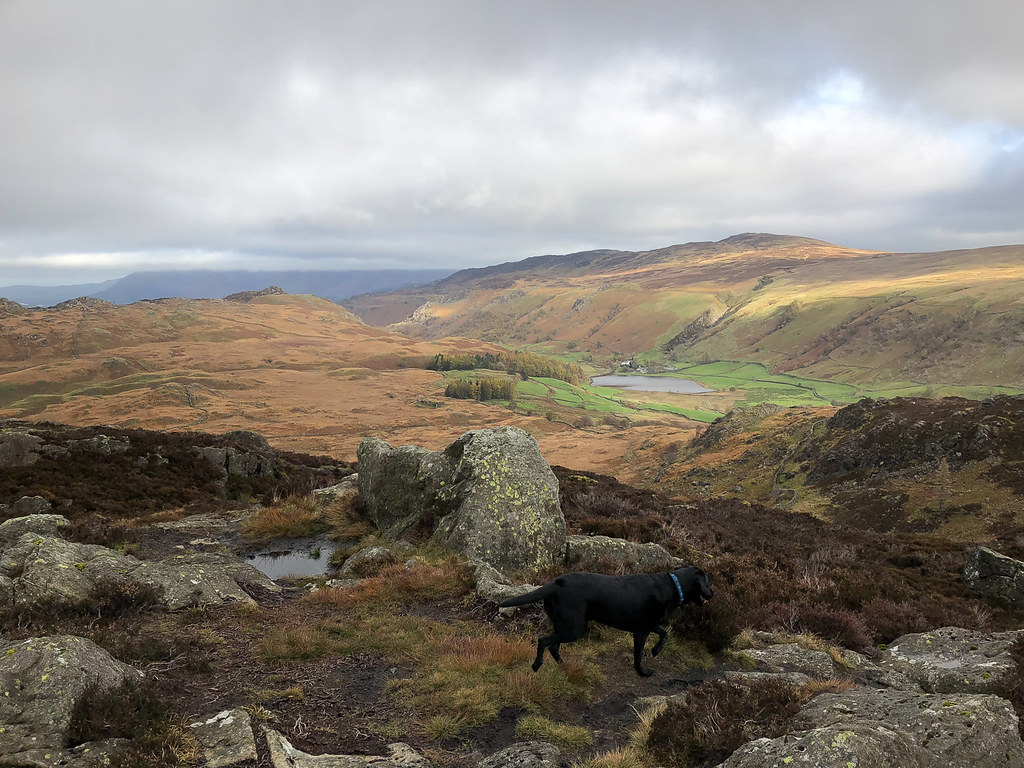 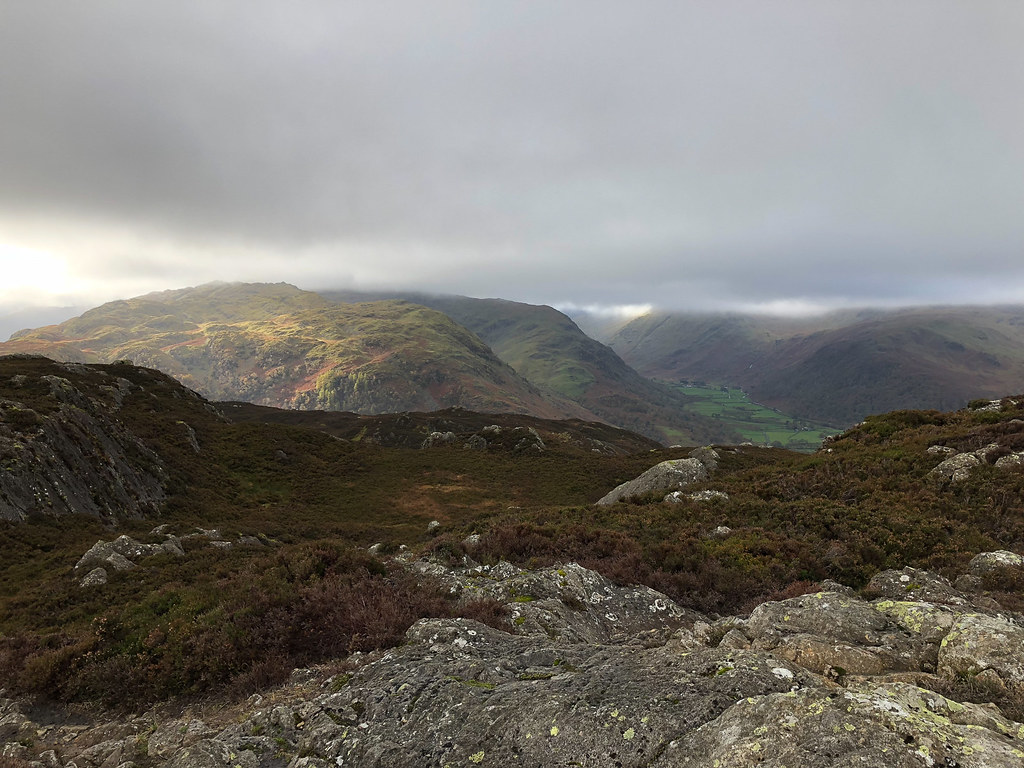 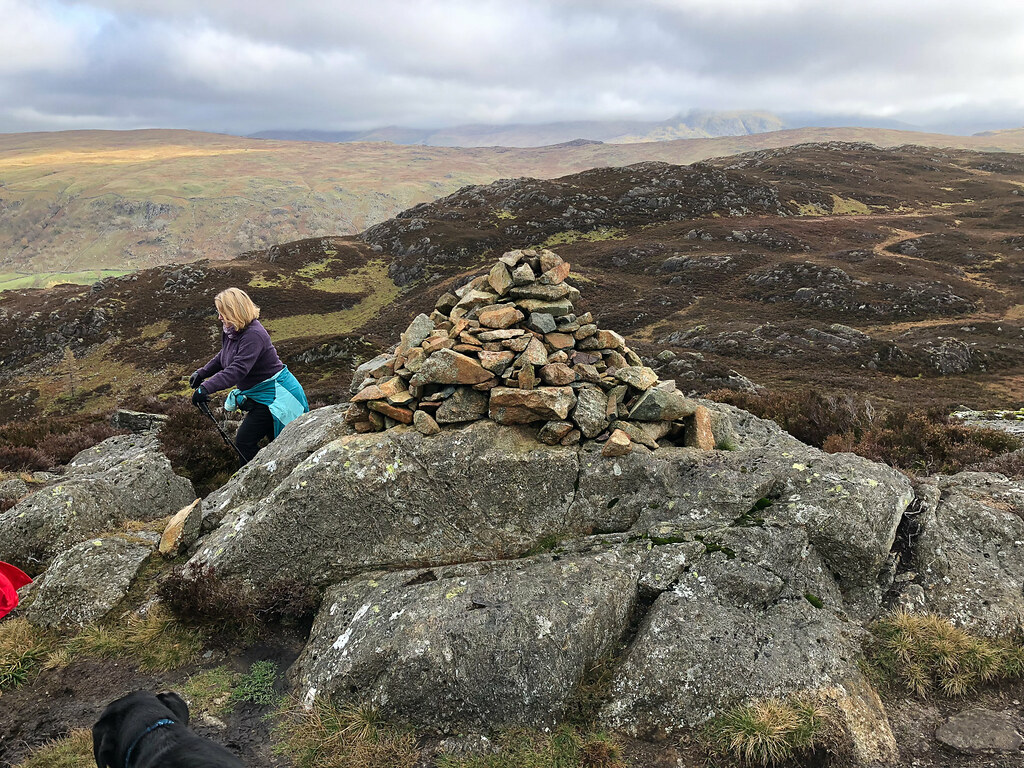 After Great Crag we headed down to Dock Tarn - very pretty. 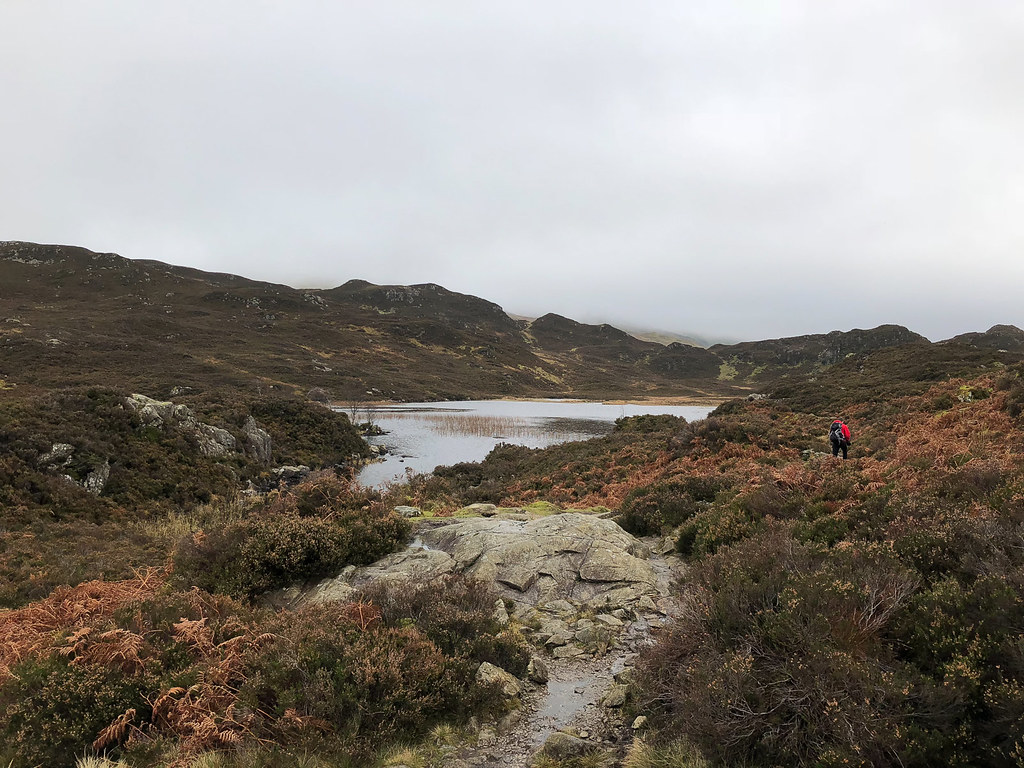 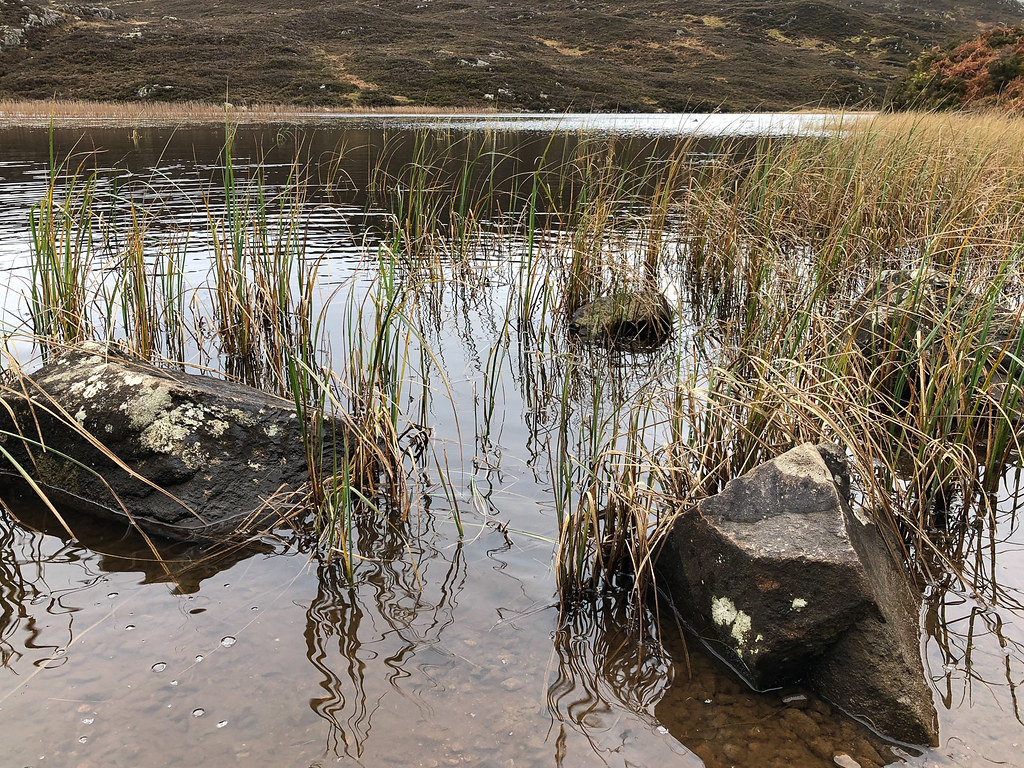 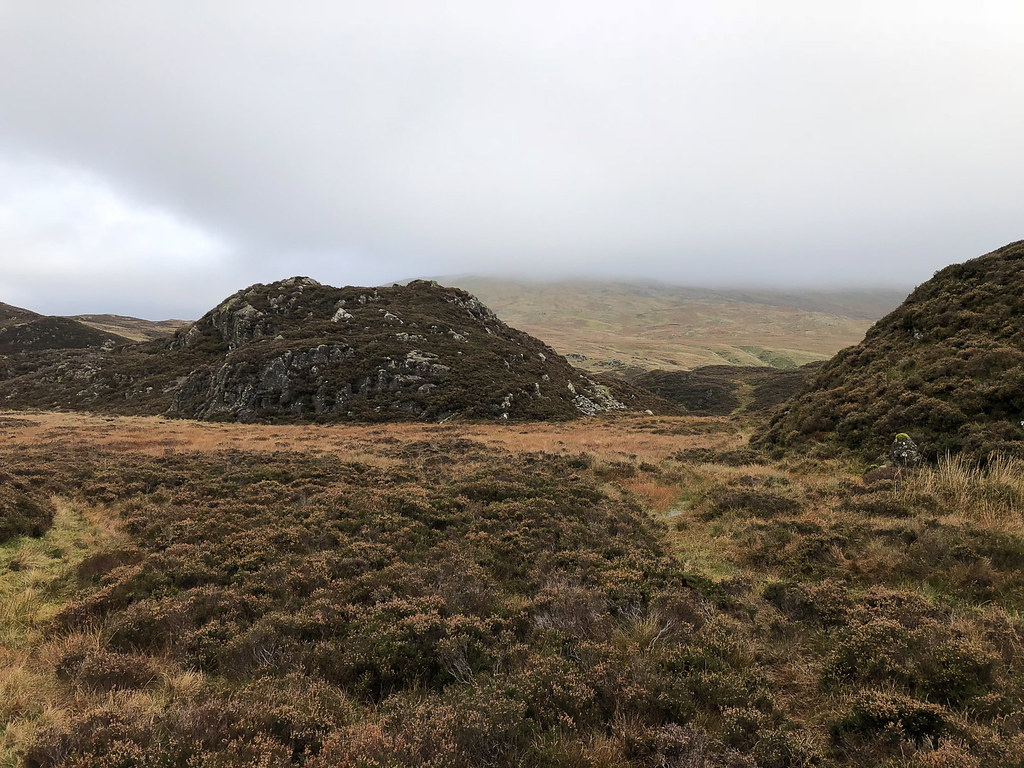 The pathless way ahead

From Dock Tarn it was a case of trying to find a good route cross-country towards Low Saddle - we hoped to pick up a proper path again there. The cloud was low but there were occasional views, both of the lakes below and of the destination ahead. 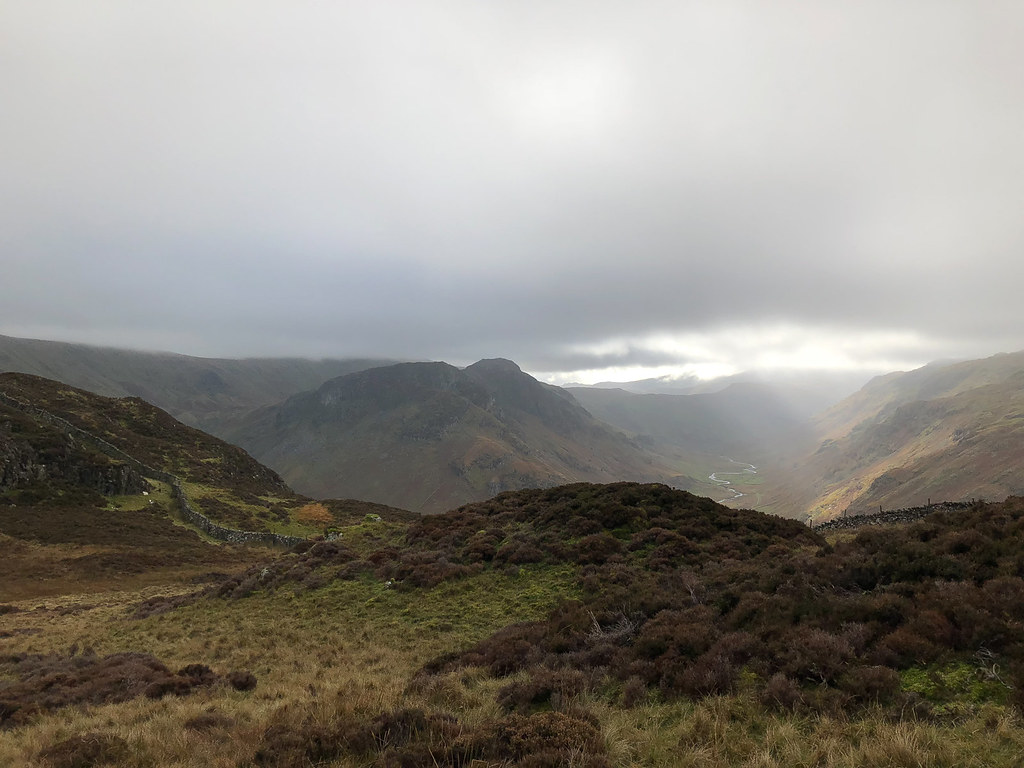 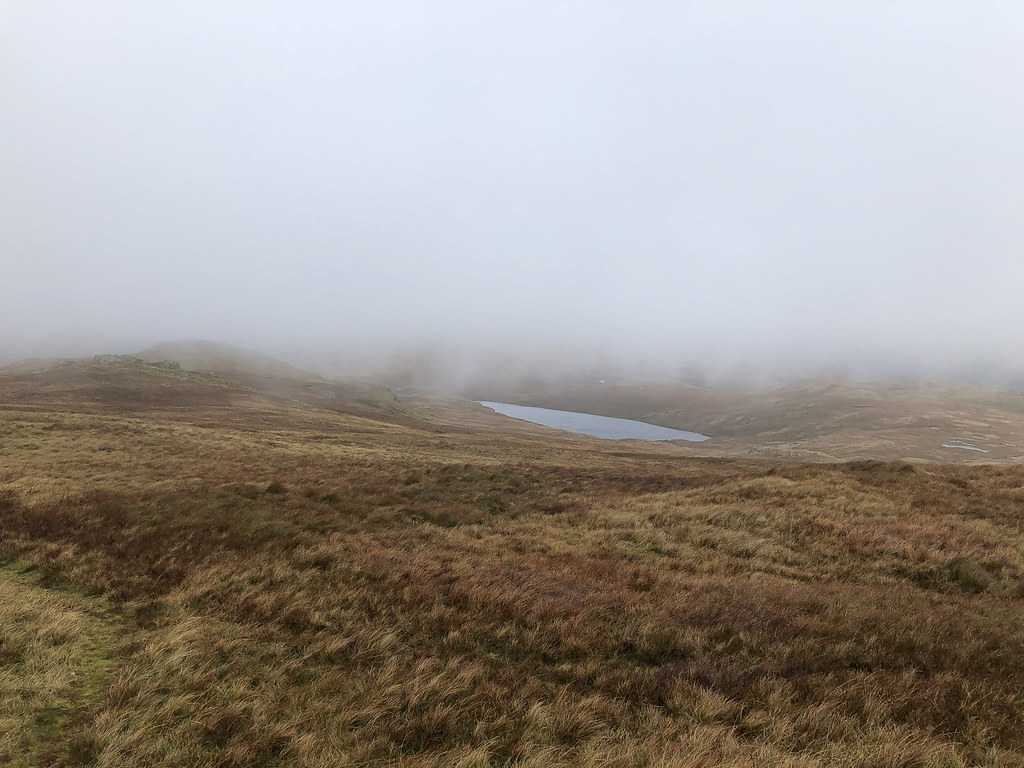 We never did find a path at Low Saddle, but eventually did locate one at High Saddle. From there there was a reasonable path all the way to the summit of Ullscarf.

Although getting across the fence was a bit hairy. The broken stile was best ignored completely. 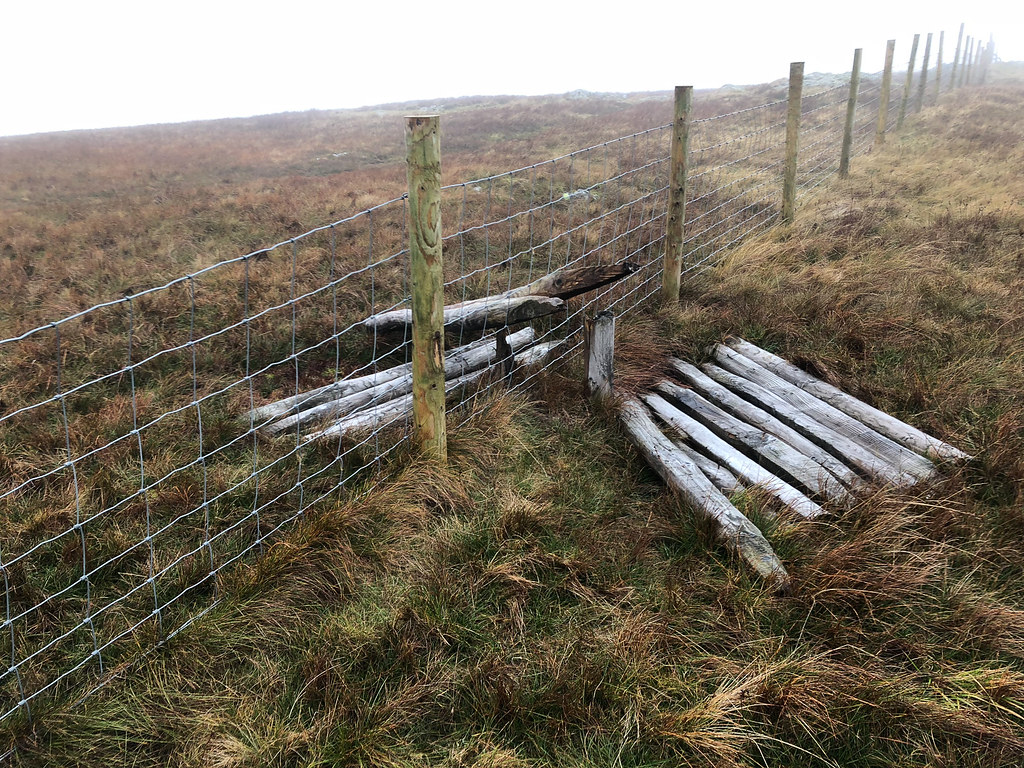 And instead it was easier to get over the fence at the corner. 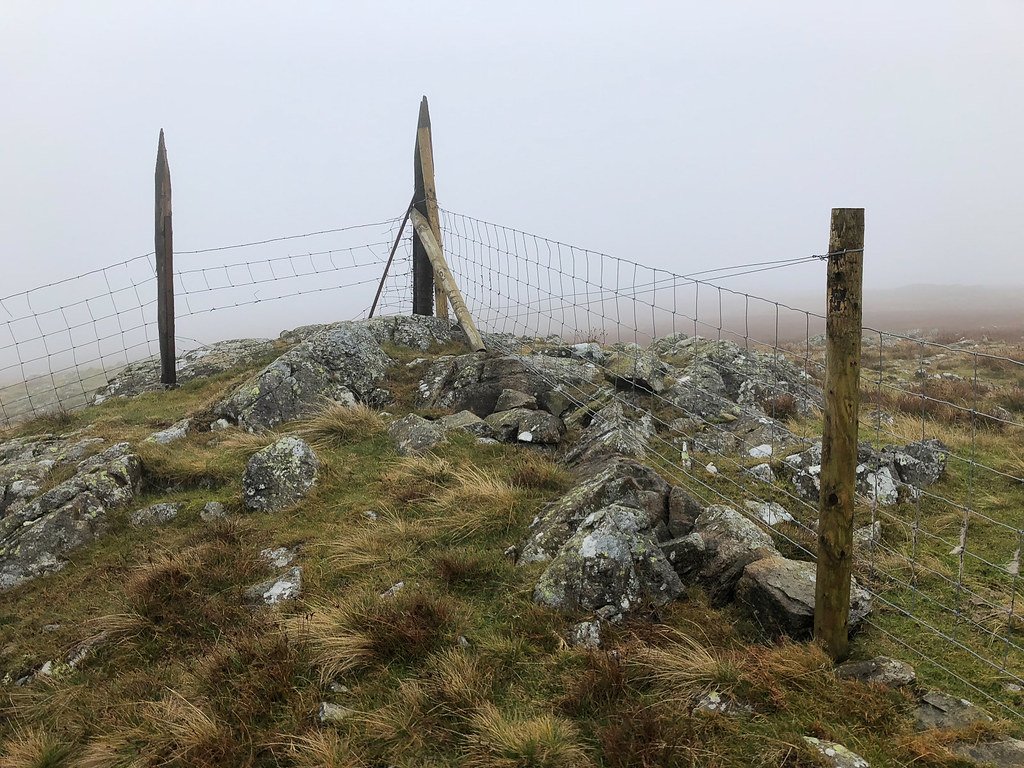 The way over the fence

Soon we reached the summit of Ullscarf - unfortunately something of an anticlimax with the view obscured by low cloud. 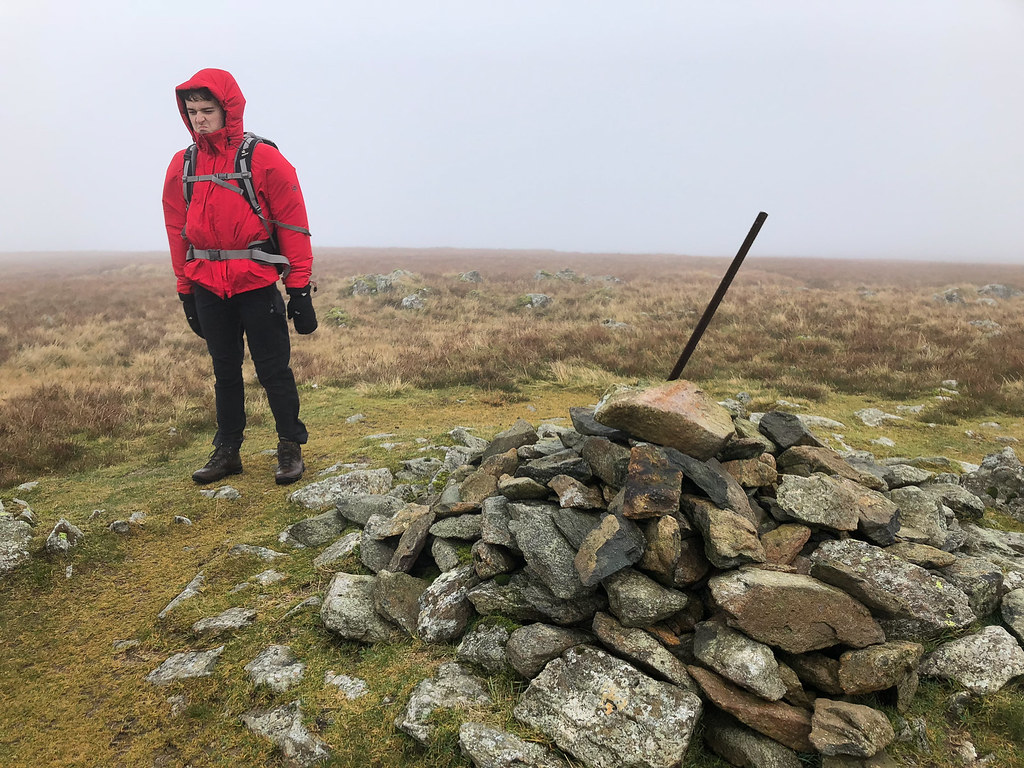 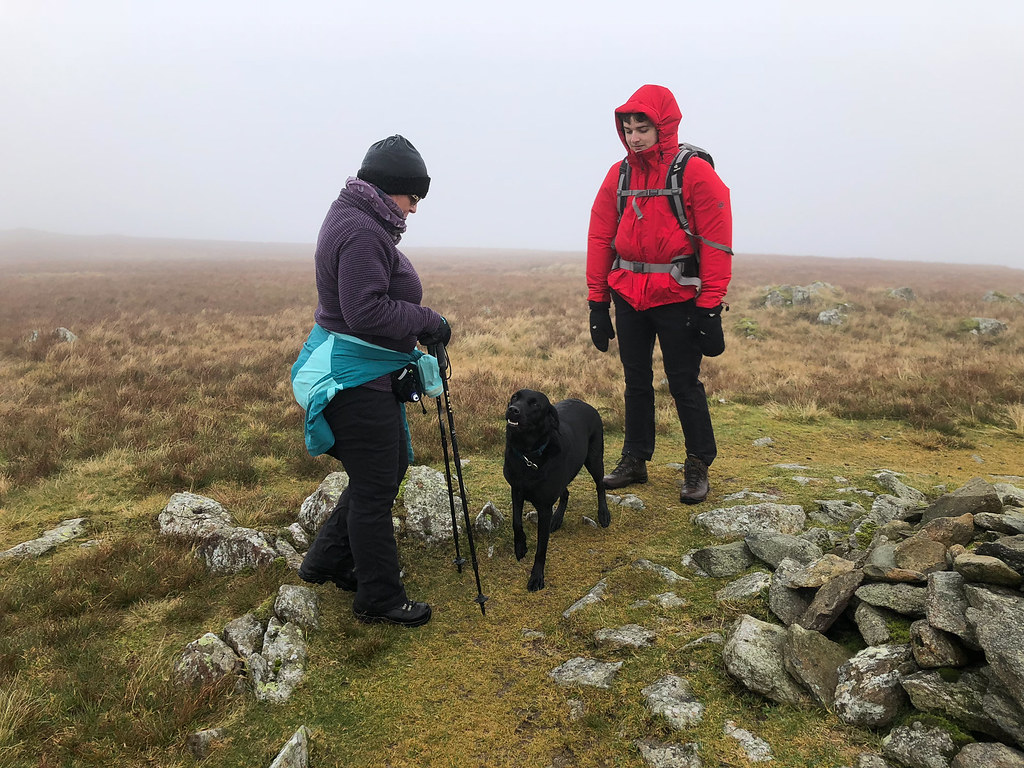 On the descent we thought we'd be on a reasonable path all the way down, but sadly the path disappeared abruptly at the summit of Low Saddle. Still in the mist, it wasn't easy to pick out any path below so it was a question of truting the general direction from the GPS to try to find Lord's How, which Wainwright claimed the path passed close to.

We did eventually pick up a quad-bike track at Lord's How, which took us fairly directly back to Watendlath (though I'm not convinced it's the path Wainwright described). 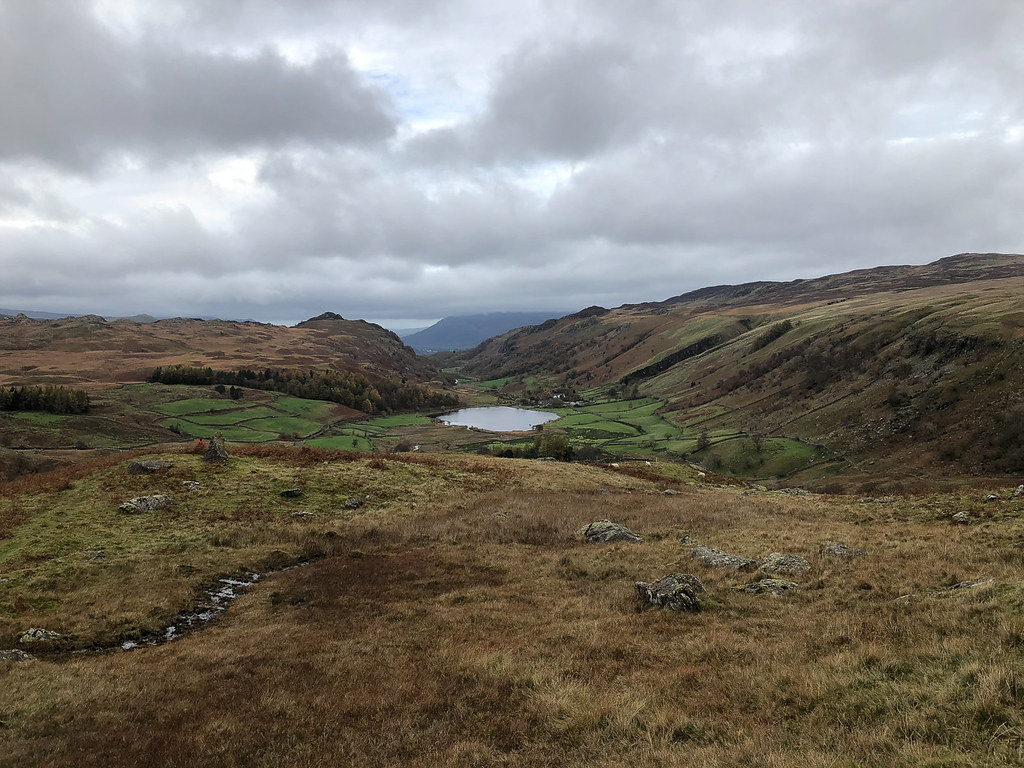 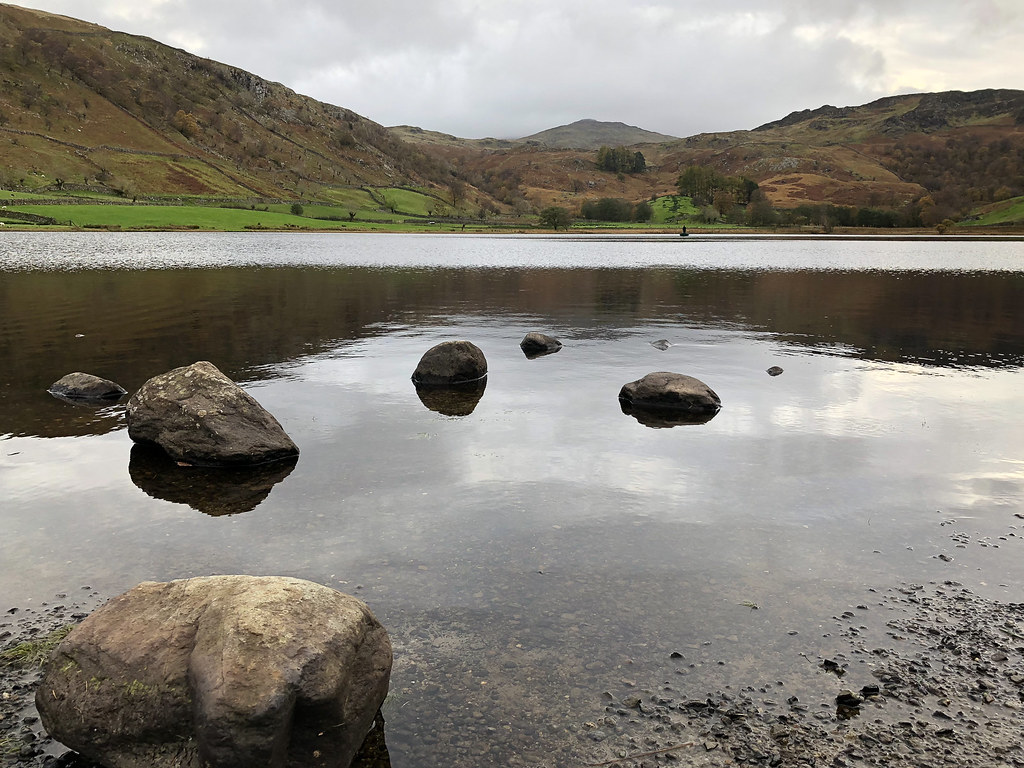 Sadly by the time we got back to Watendlath the tea-shop was closed. But a successful walk and two peaks closer to completing the Central Fells.

Re: Great Crag and Ullscarf

so well done on a good walk