This is my first report as someone returning to hillwalking after 30 year break - normally I would have waited a little longer before sticking my head above the parapet, but I had to share this one! Rather than write a lot of words, I'll let the photos do the talking.. 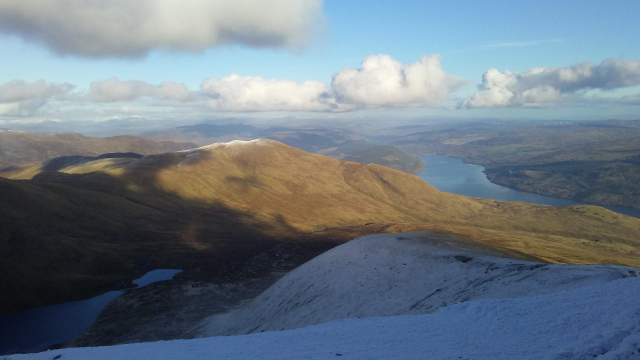 After that one I really had to step on it, over to Beinn Ghlas and finally arriving back at the car park at 17:15, tired but very happy!

What a weekend that was !

We did the Carn Mairg Group of 4 and Beinn Ghlas was looking awesome as we drove past her in the morning.

Well done getting back out there and hope you are bitten again after the amazing day we had on Sunday?

Glad you enjoyed the weekend too, good to hear from you!

I saw a report for the walk you did on Sunday (by Maxie23), it looks equally spectacular.

Nice one Mark, good to see what the view is like from Ben Lawers as I saw little from the summit when up there recently but it was still a great walk in atmospheric conditions. Well done on getting back out on the hills, where to next?

Hi Chris, yeah no such thing as a bad day on the hills

Considering Schiehallion - always fancied it but never quite managed.. How about you?