This was one we'd saved for a rainy day.

This was one we'd saved for a rainy day.

Wainwrights included on this walk: Bakestall


The last of the Northern fells had been set aside for a day when the weather was going to be a bit inclement, we had plans to do something around Buttermere but the forecast was not good for much of the Lakes so the idea to do Bakestall was pulled out of the hat and became Plan B.

It's only a short day out if the weather's rough but you do gain a Wainwright, then you can, if you want, extend the walk and have a go at Skiddaw if the weather improves when you get to the cairn on Bakestall.

We set off from the Prem Inn Cockermouth bound for Peter House Farm, arrived and found all the spaces in the parking layby were taken so people were out, we drove past this and found another large layby about 100 yds further on just opposite the entrance to the Peter House holiday cottages, there's room for six cars any more would be blocking gates.


Boots and jackets on we set off to join the Cumbria Way, it was raining quite a bit now and the clouds were descending 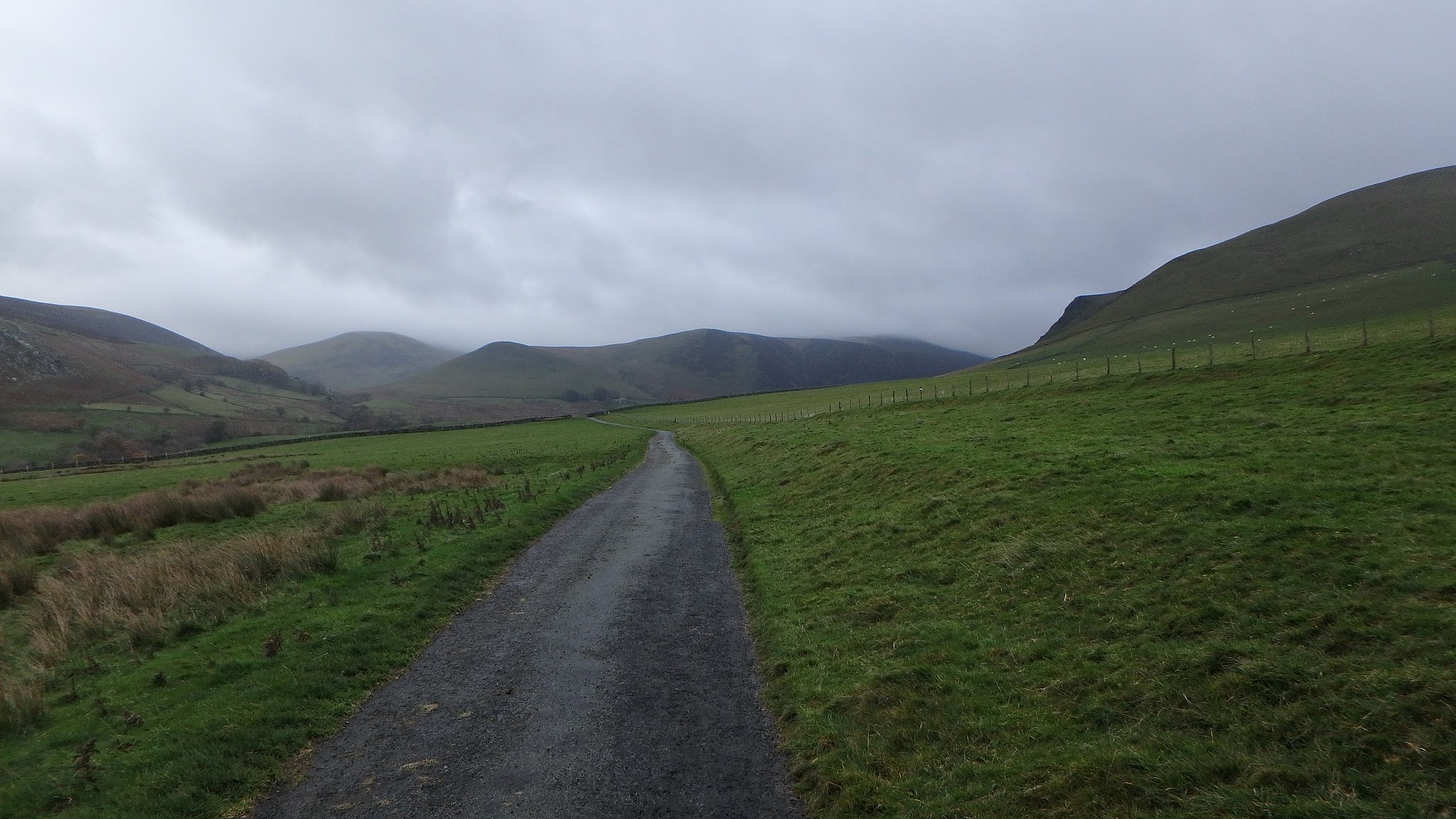 Car park opposite the holiday cottages 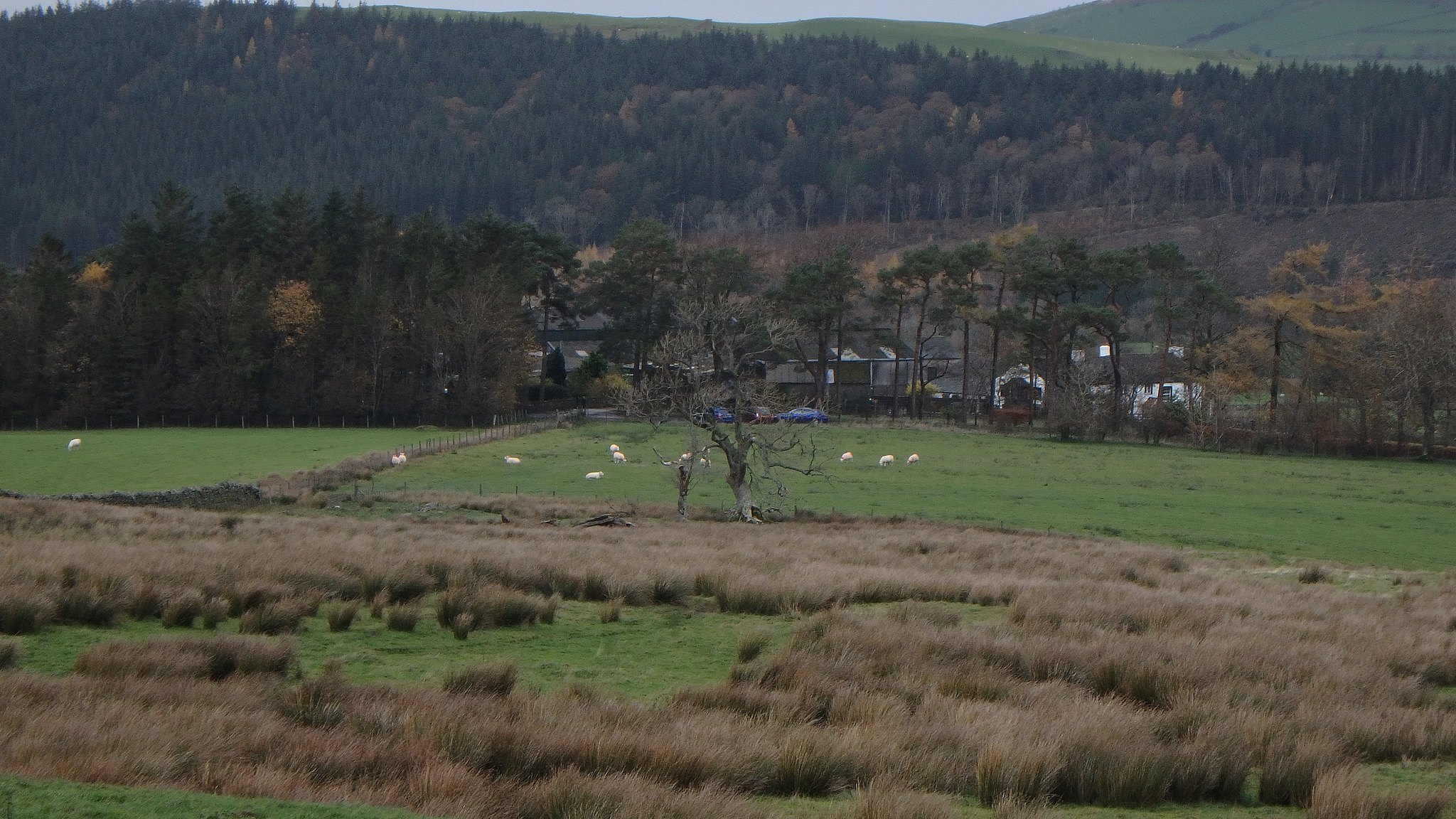 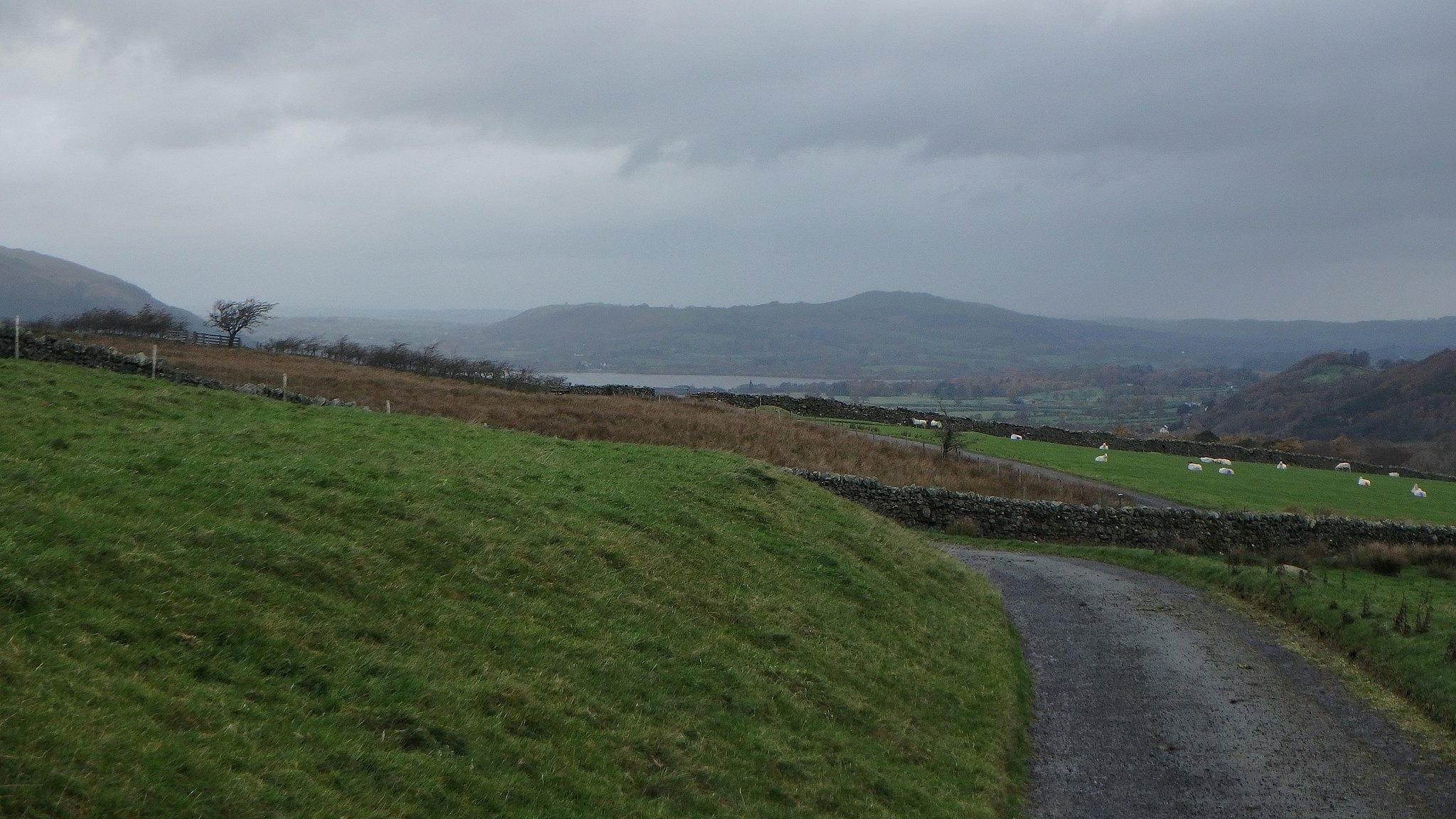 The track from the start and all the way to Dash Falls is extremely good, the waterfall had plenty of water in it, I tried to get a shot of it but my little waterproof snapper didn't quite have the reach to do it justice 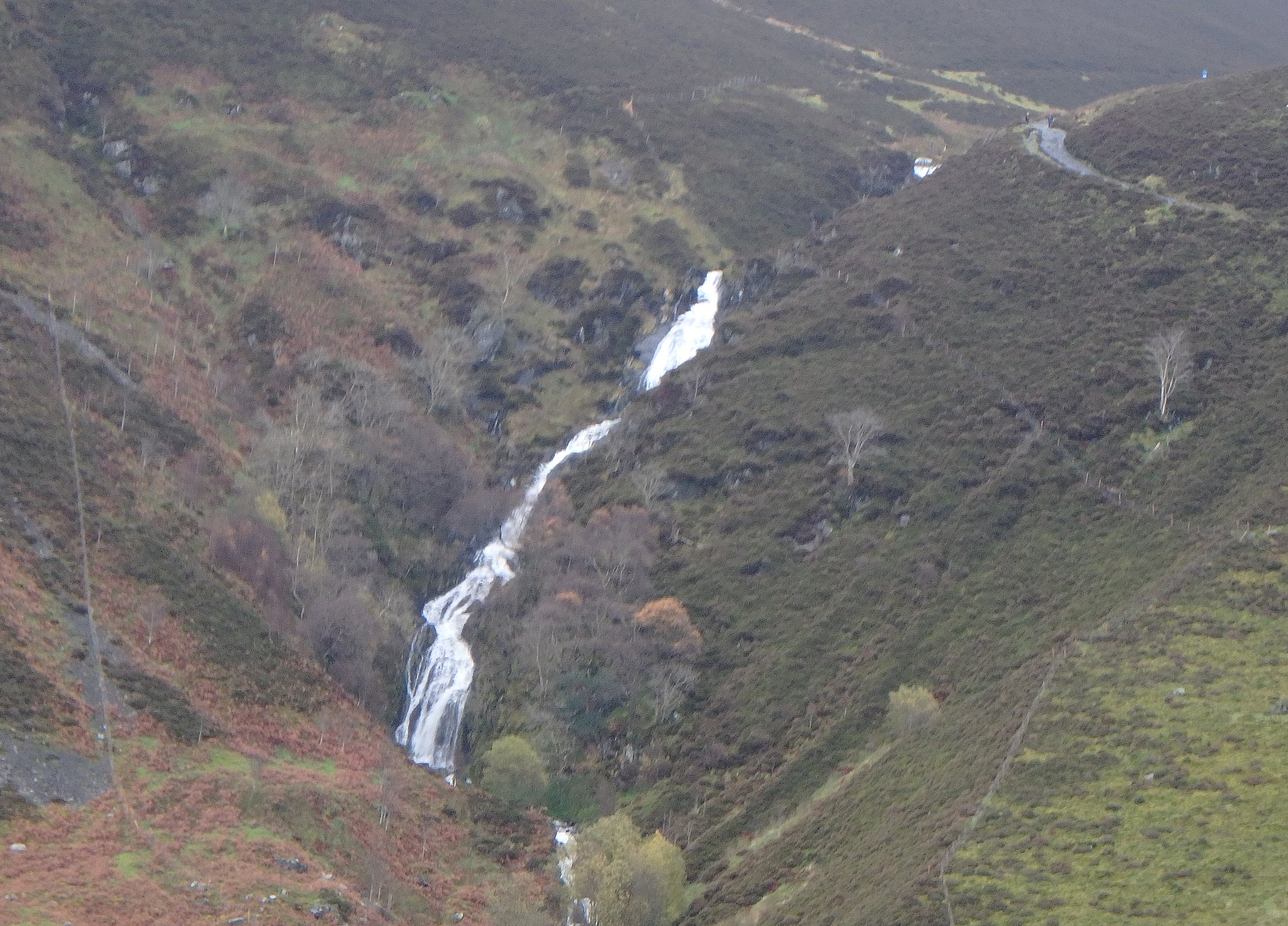 An arty shot didn't work either 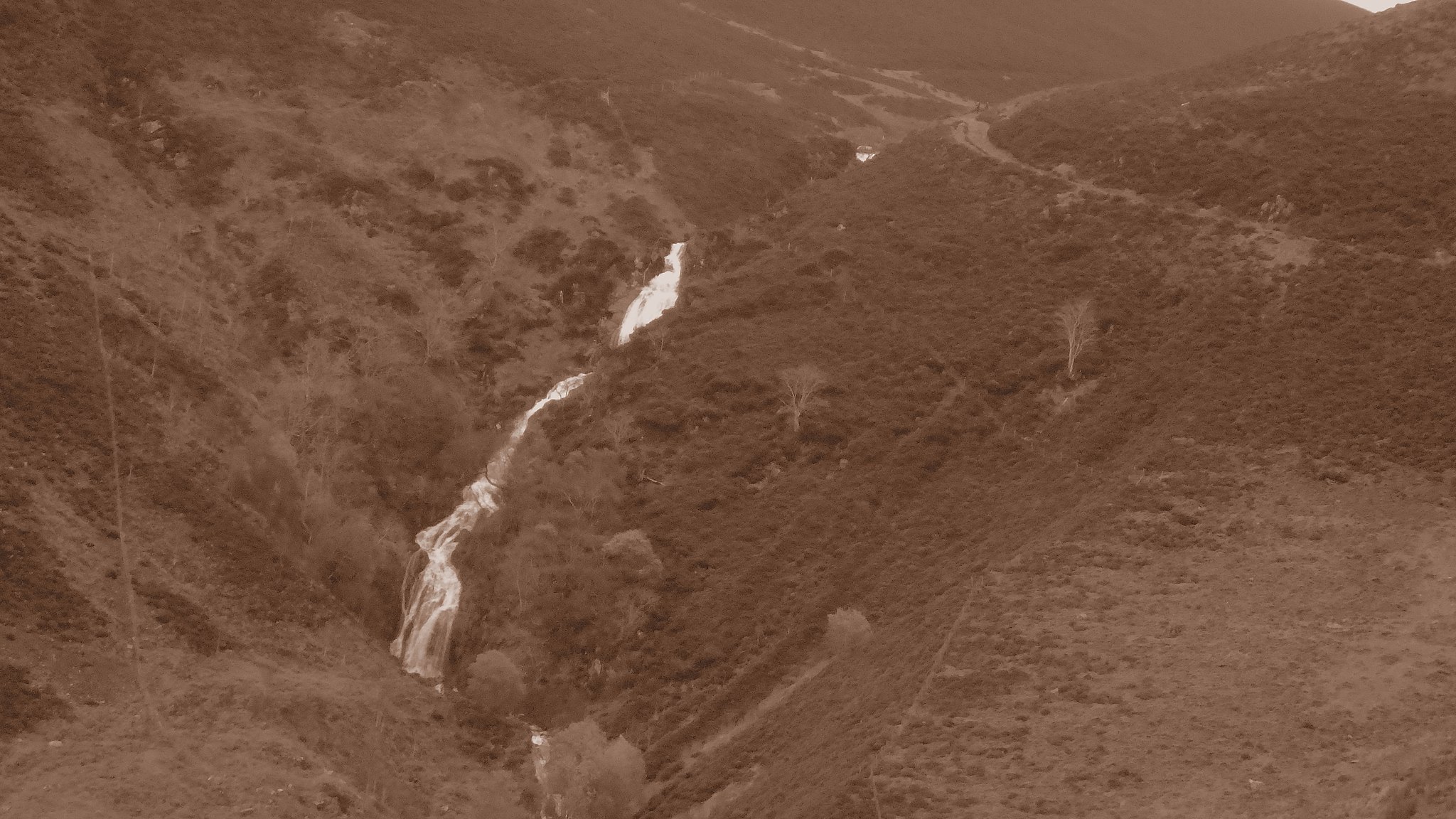 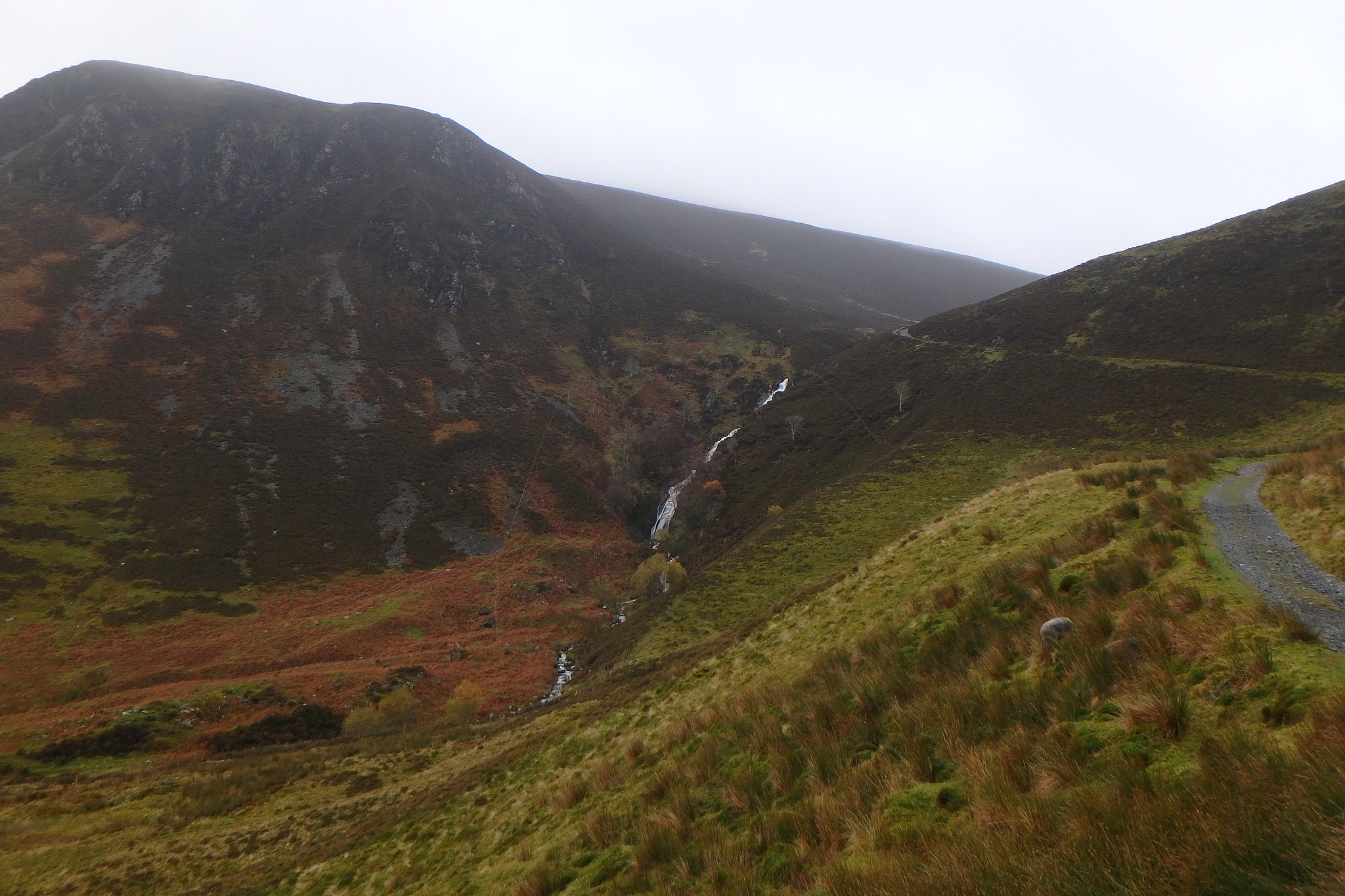 By now the rain was heavy, everywhere wet and soggy, we were happy we'd made the effort to get out and when we arrived at the summit it had only taken 1 1/4 hrs from the car so even on a wet day it's easy to add to your tally 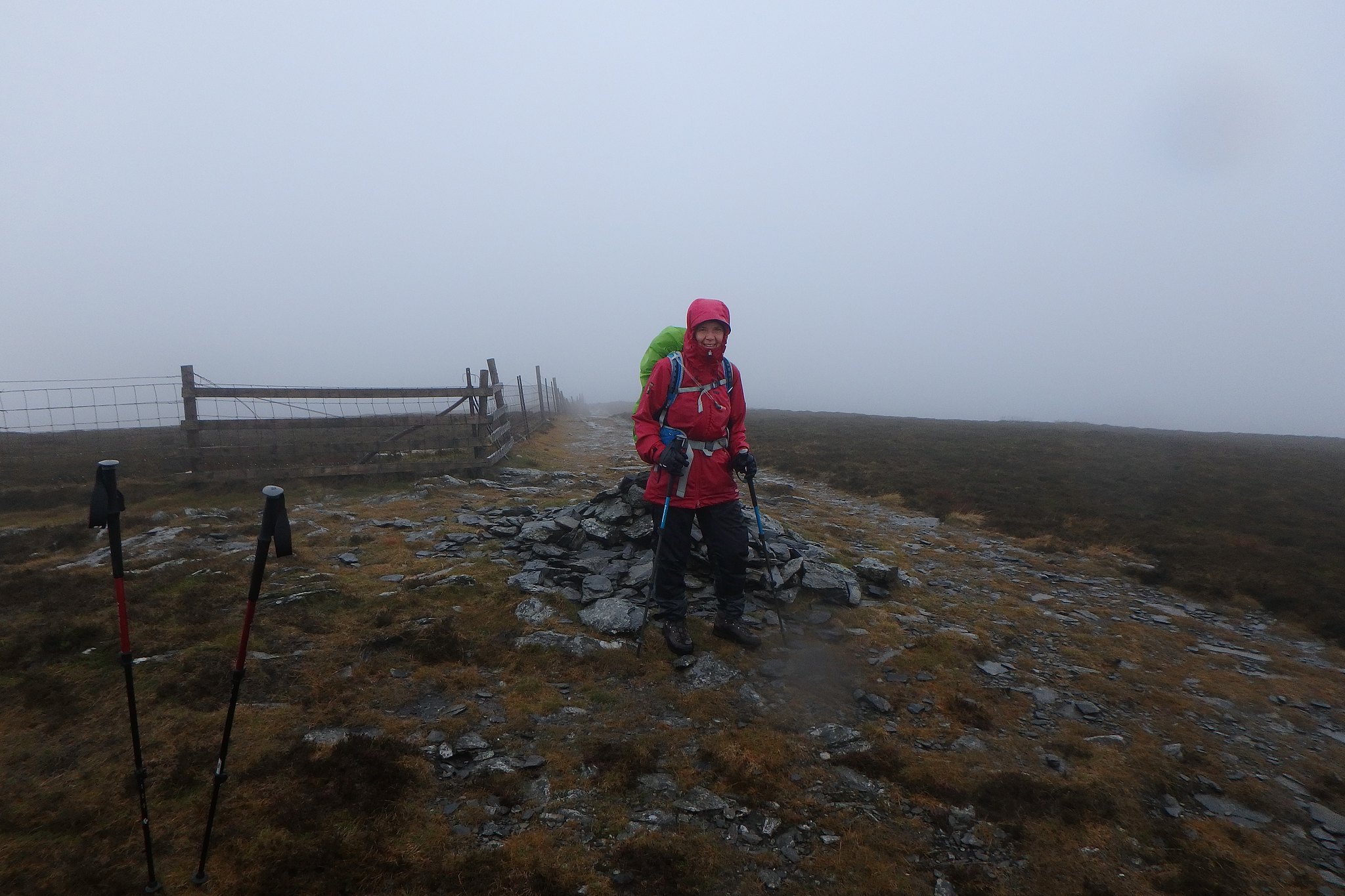 We did get a view of sorts, not much but we could see something. We didn't stay long, the wind was deciding that for us, we visited both cairns, on a good day the lower but bigger cairn would probably afford the better views. 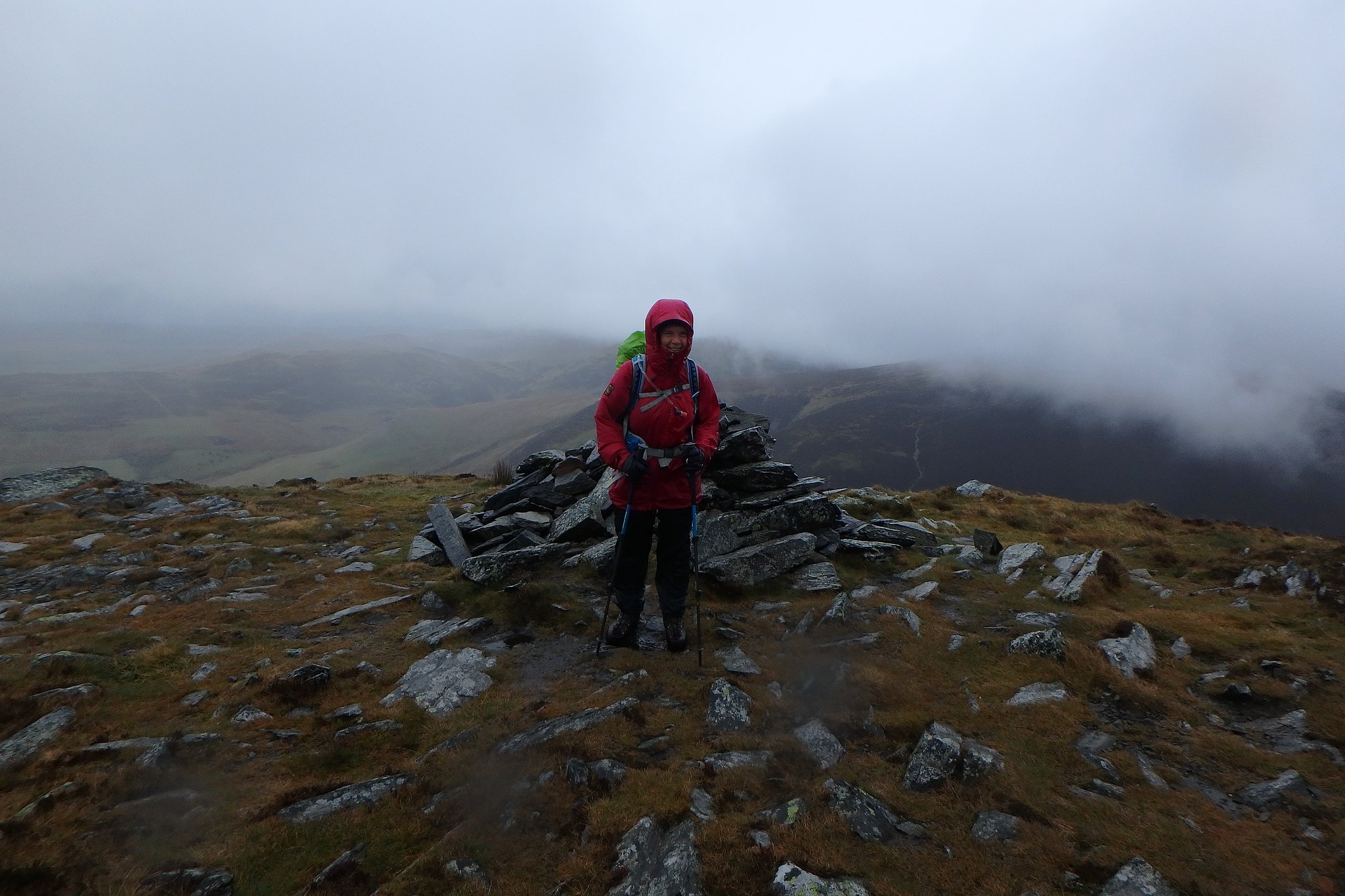 Views mmm? up to the summit 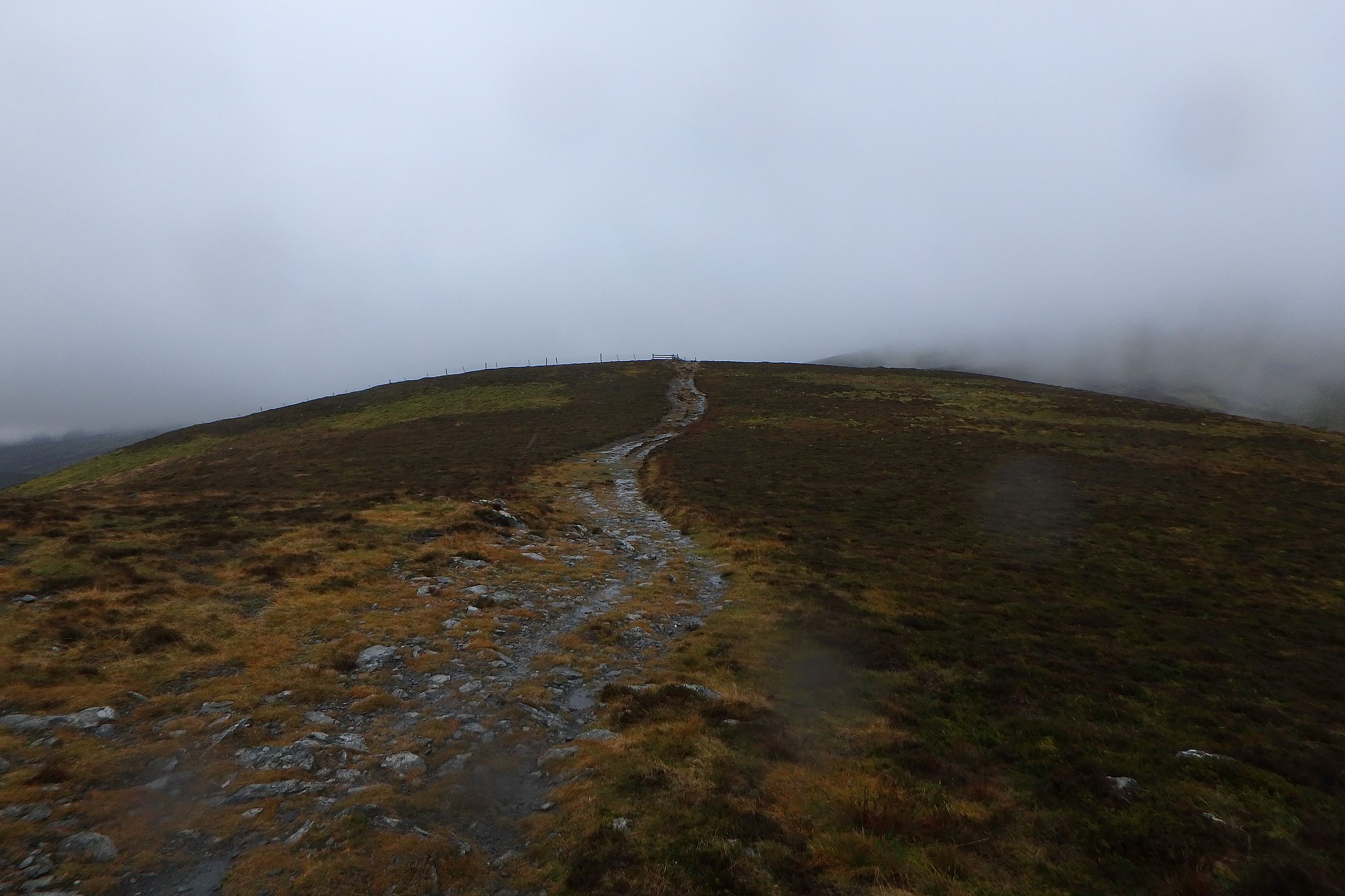 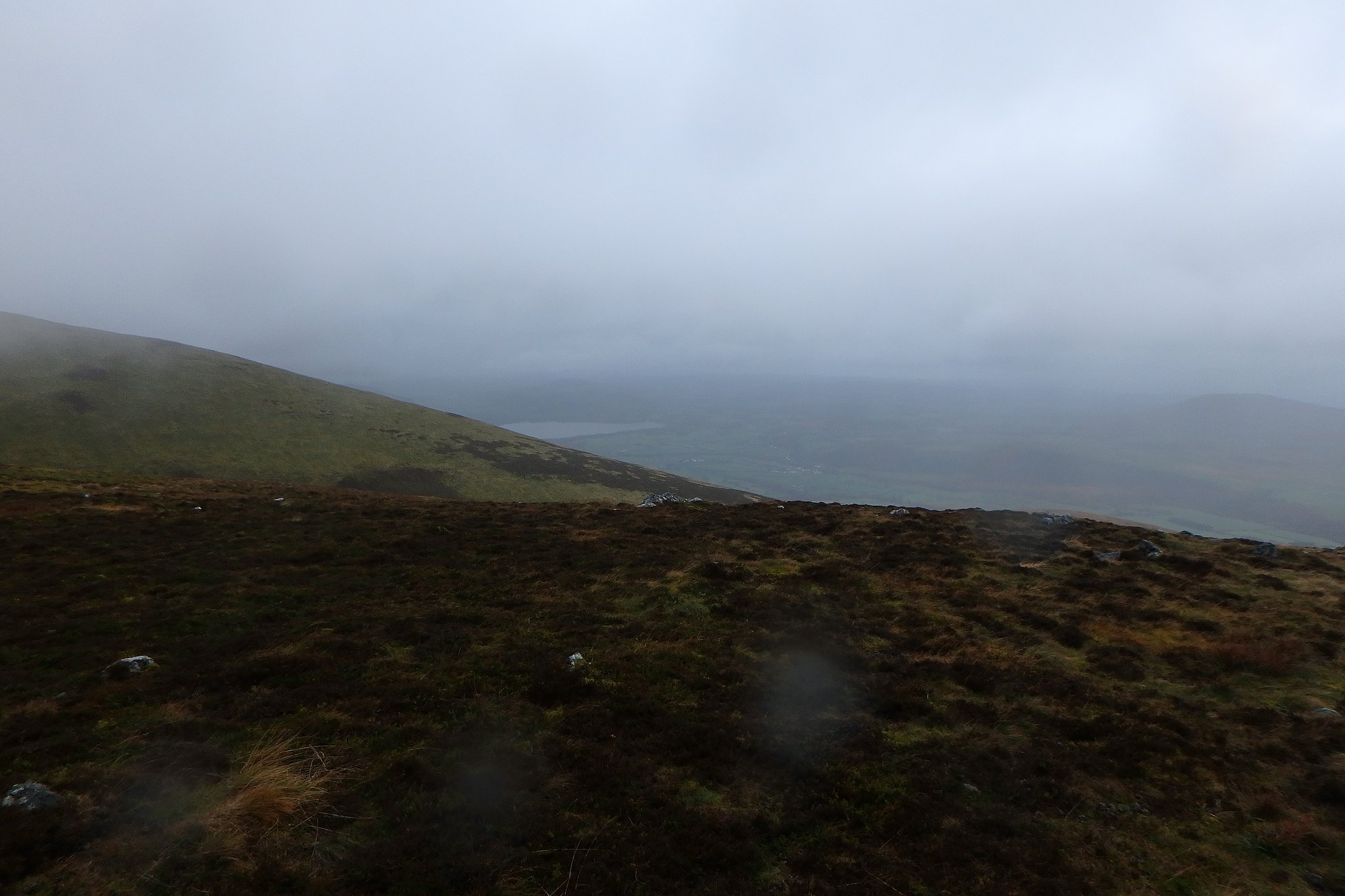 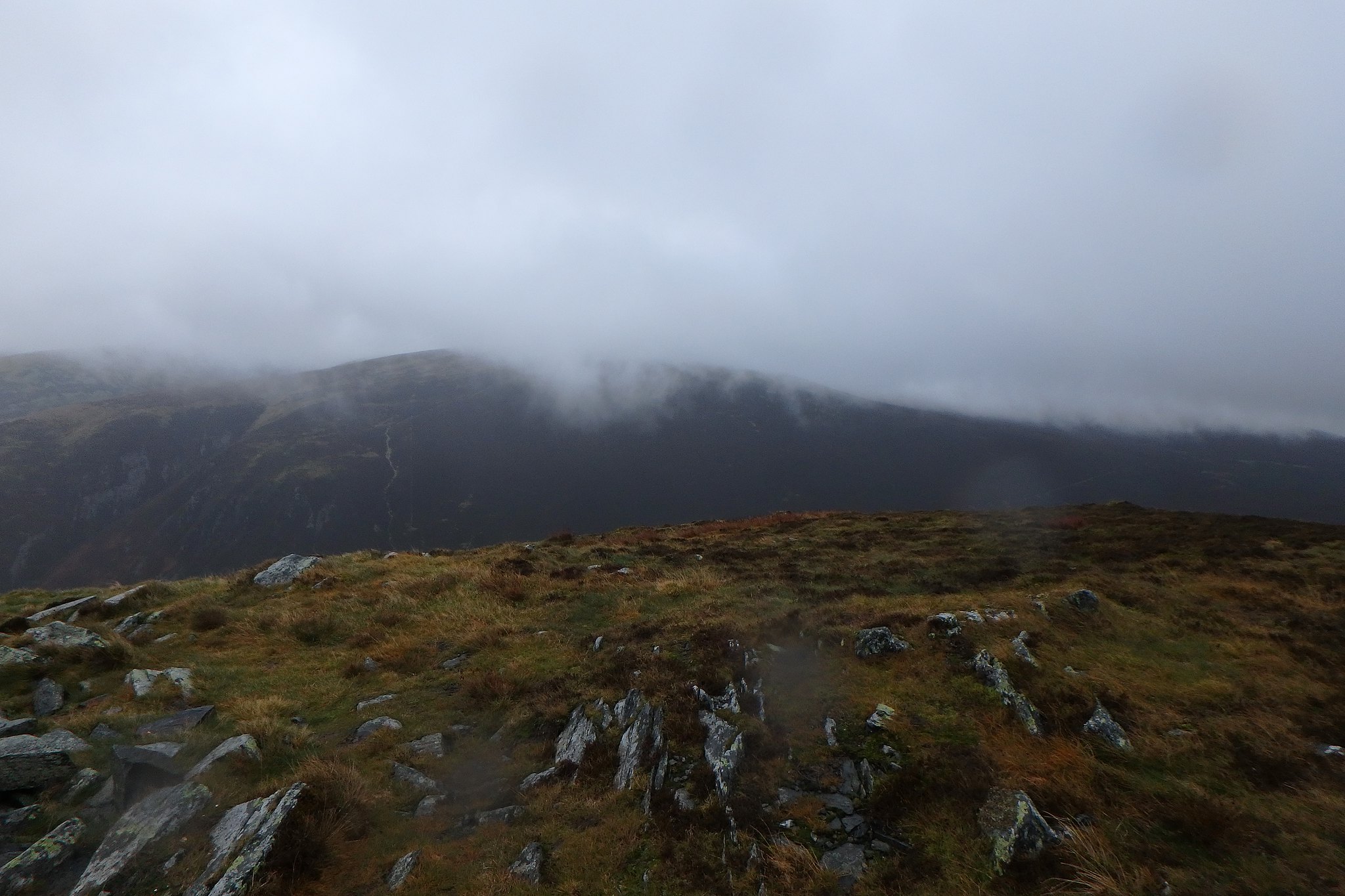 Binsey in the murk 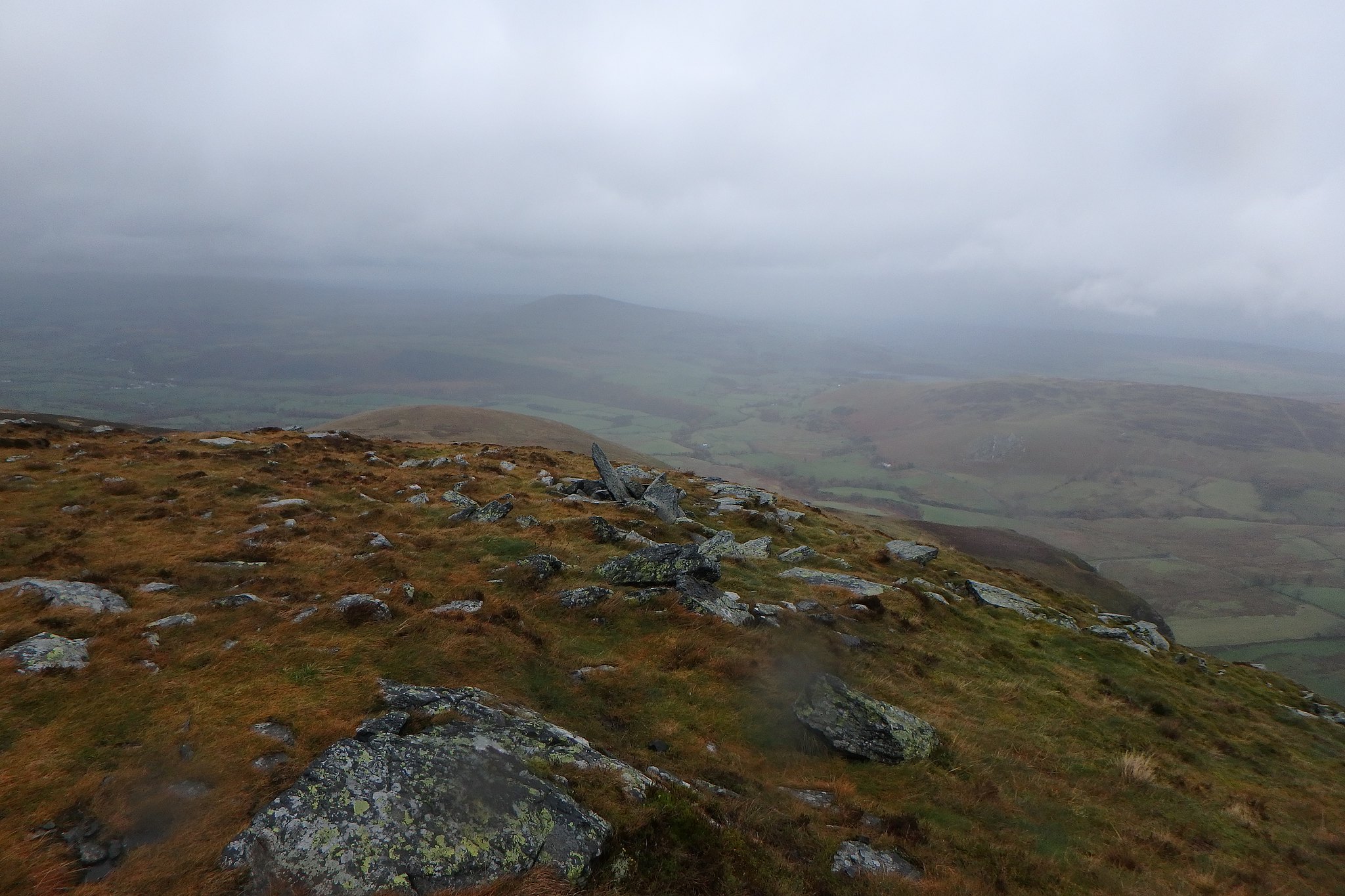 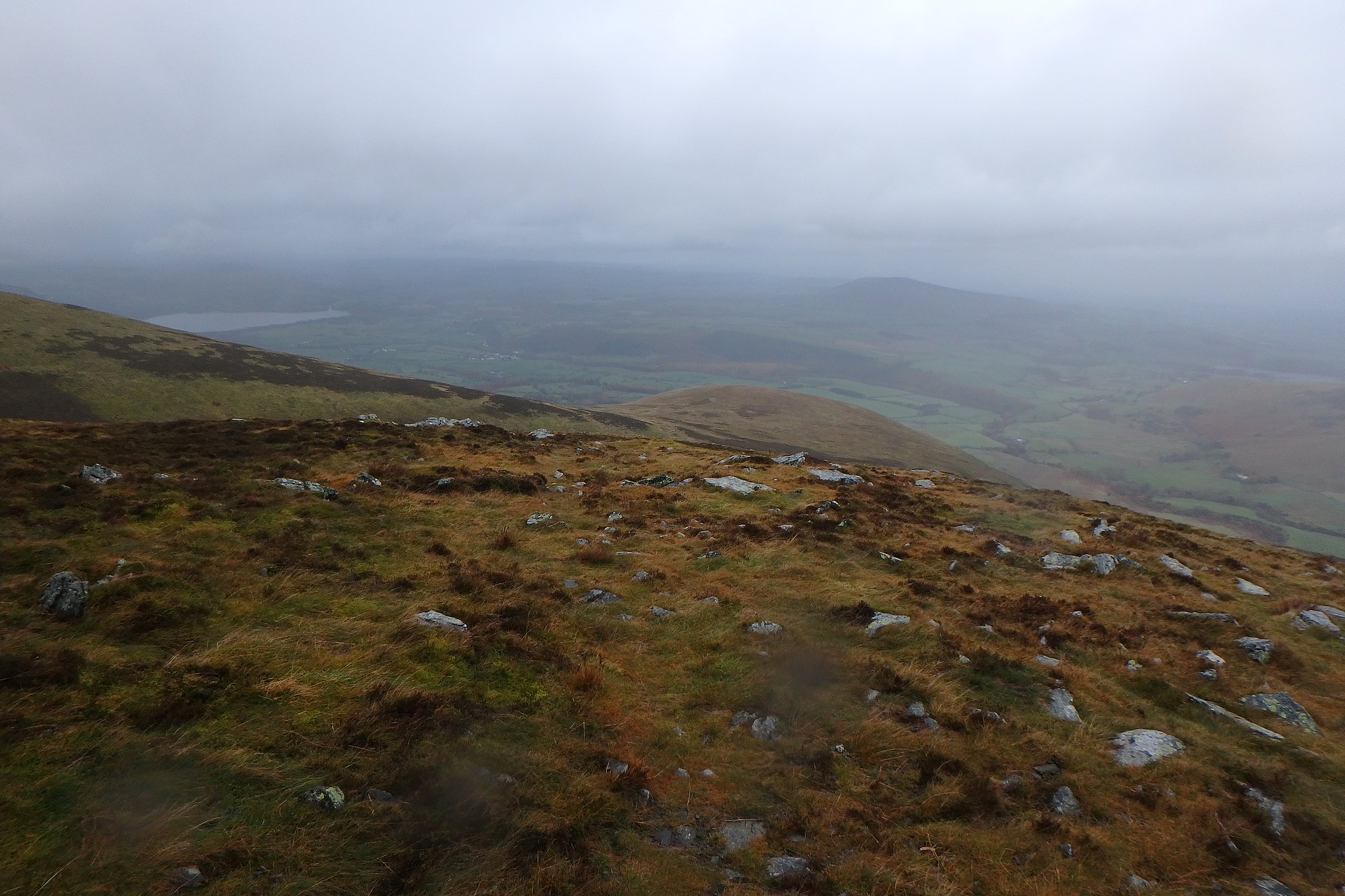 Just about to retrace our steps 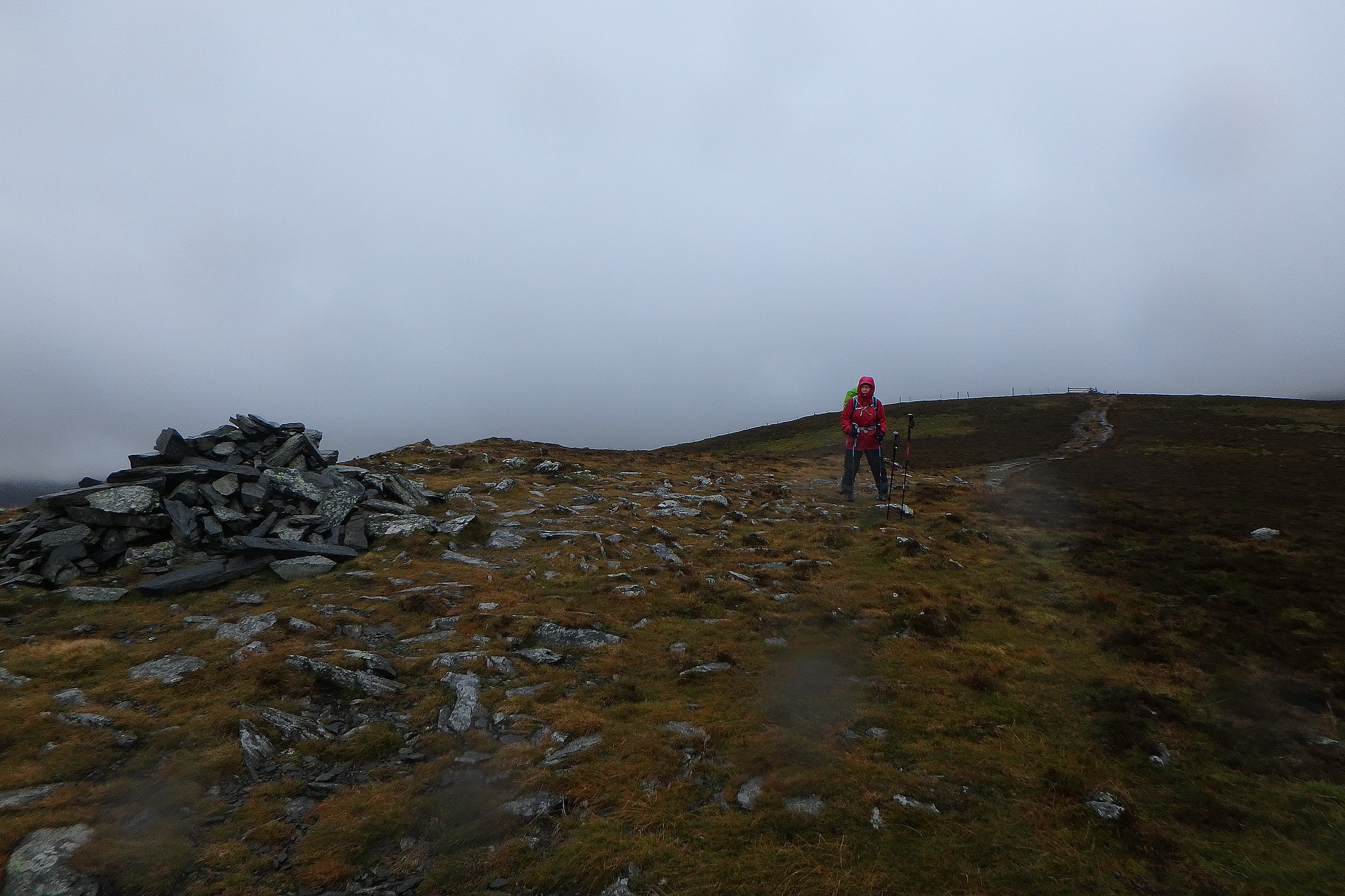 Not today tho' so we set off back down to the Cumbria Way and then the car.

We were out for 2 hrs 20 mins, one Wainwright less to do and it was a new one to both of us, all we had to do now was the drive home, next Lakes trip in two weeks, it would be nice to get a cracker, weather wise.