This was another of my planned trips down to Englandshire and my plan was to say hello to Hightown Hill on the way home. Plan went quite well apart from putting the start co-ordinates into the car satnav which for some reason (operator error) went a bit pear shaped. I had the start and route in my other phone not that I needed the route as the summit can be seen from the road. So to navigate to the start of the walk I used the maps system on my other phone and that worked a treat, taking me along quite a few windy single track roads. Parking along the single track road is almost non-existent, but I did notice tyre marks on a grassy wider bit of road, so opted to turn around - much further on and park there and would be facing the correct way for heading home.

After plotting my route as per the attachment, Naismith also says the ascent will take 17mins so for a change I beat him as I did the up and down in that time!! I knew it was going to be a short walk so didn't bother with my rucksack, but as you can see I did take my poles. I was fortunate that the fields I walked through had no livestock in them, the grass was longish and very wet. I was determined to make the summit without stopping which I did, albeit with plenty of huffing and puffing. 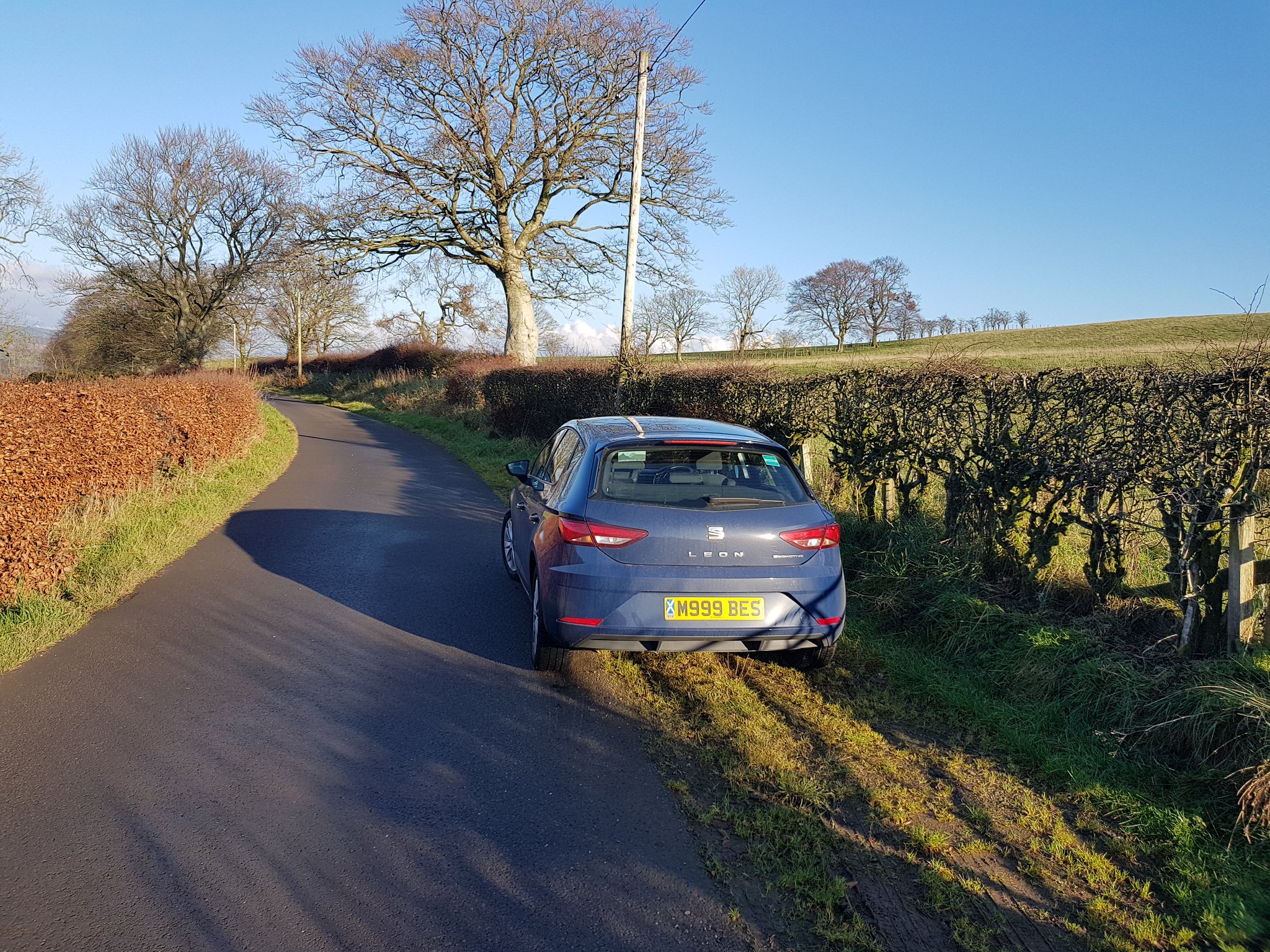 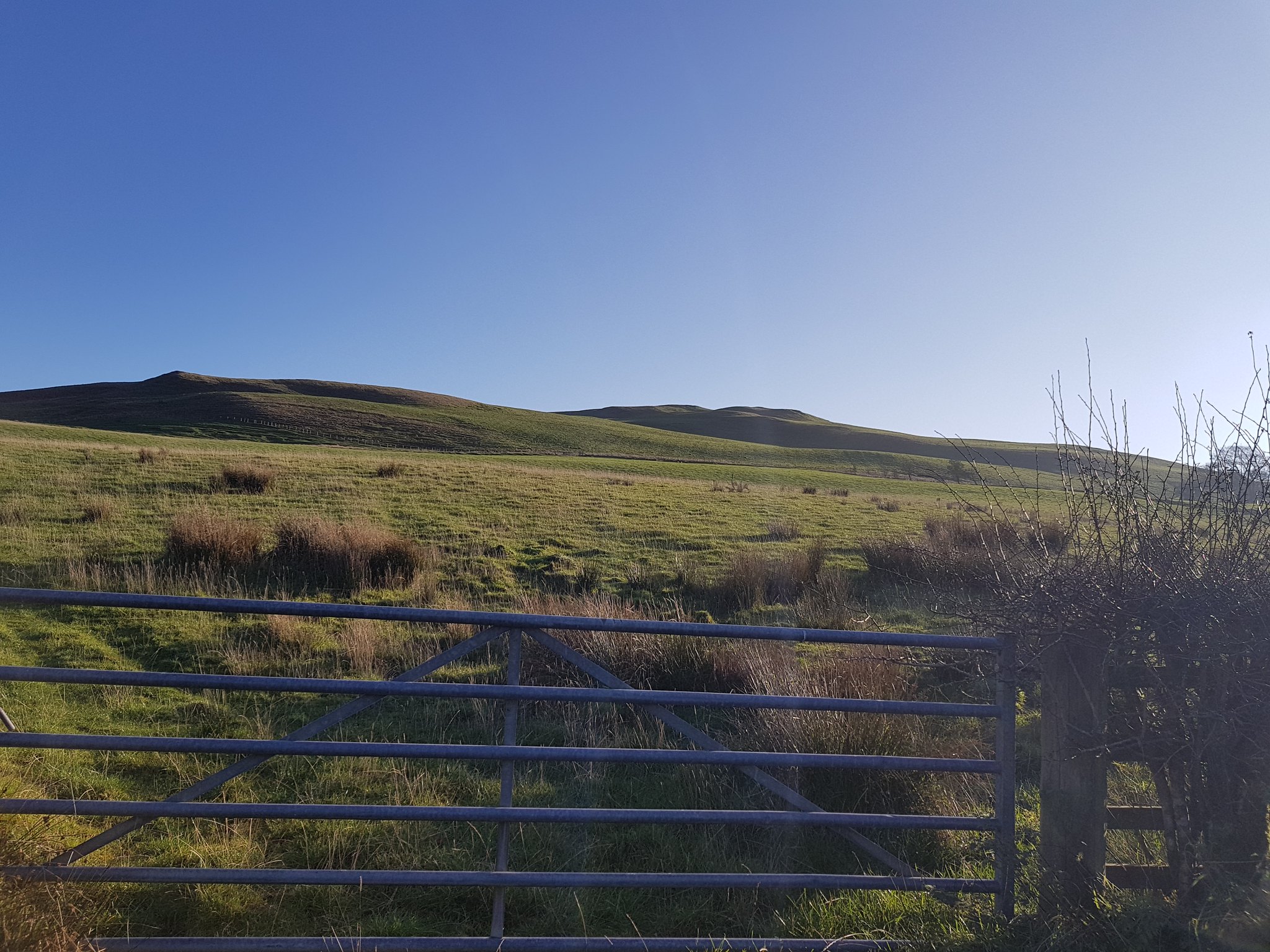 My original plan was to start by the farm and follow a track uphill, however I amended the plan, climbed over the gate and marched uphill 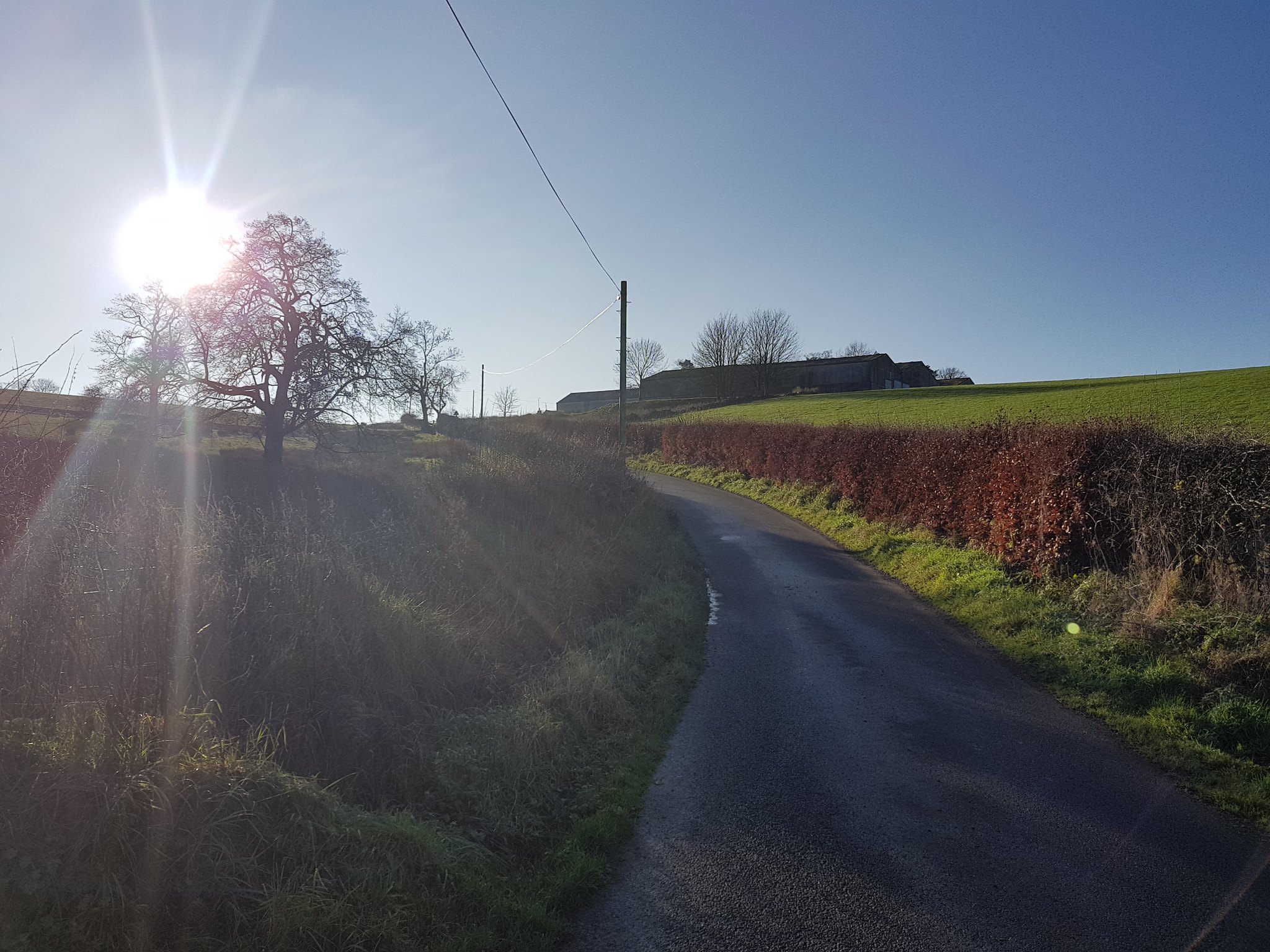 Looking up the road towards the farm, no parking spots 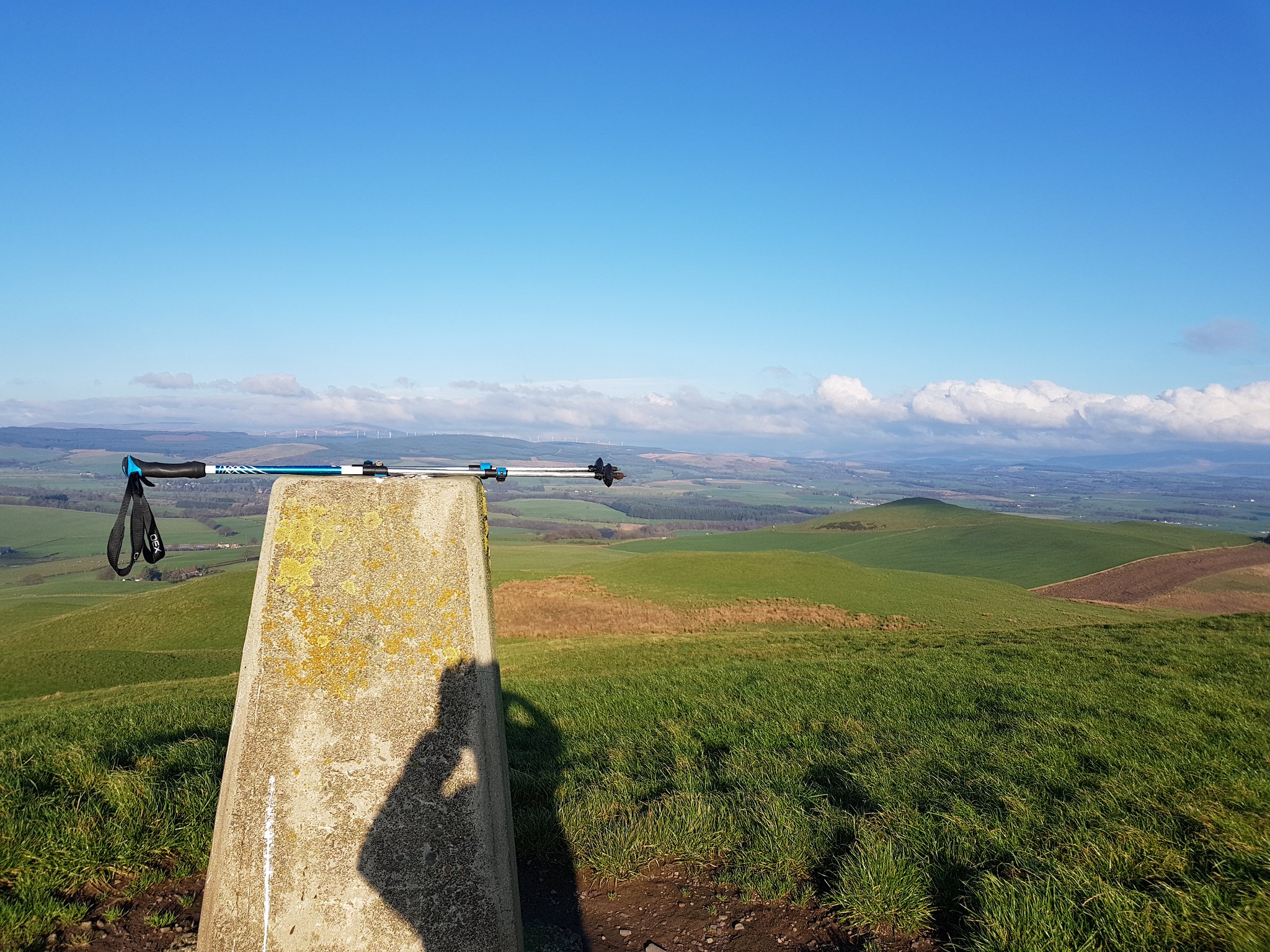 Summit shots in all directions 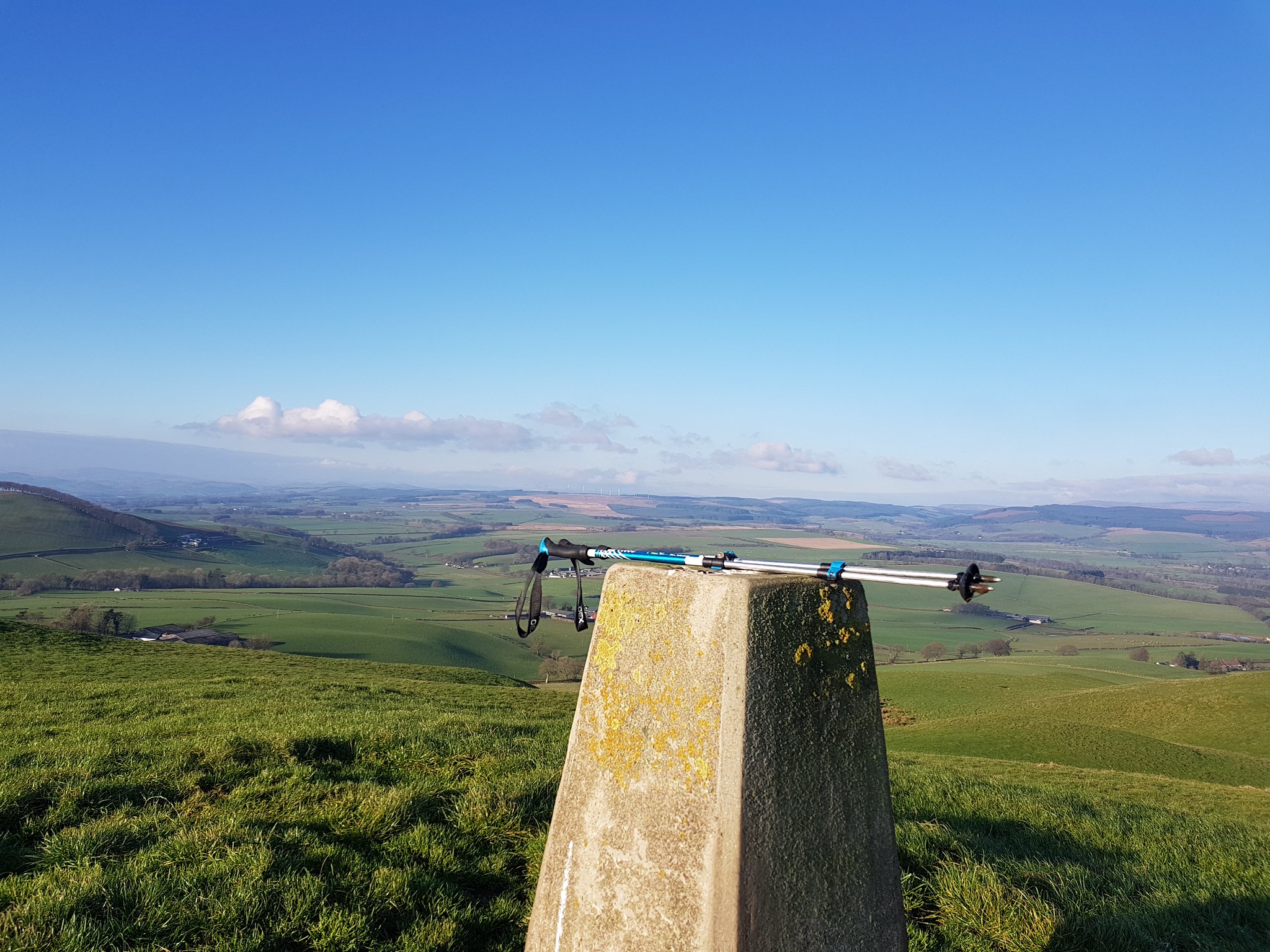 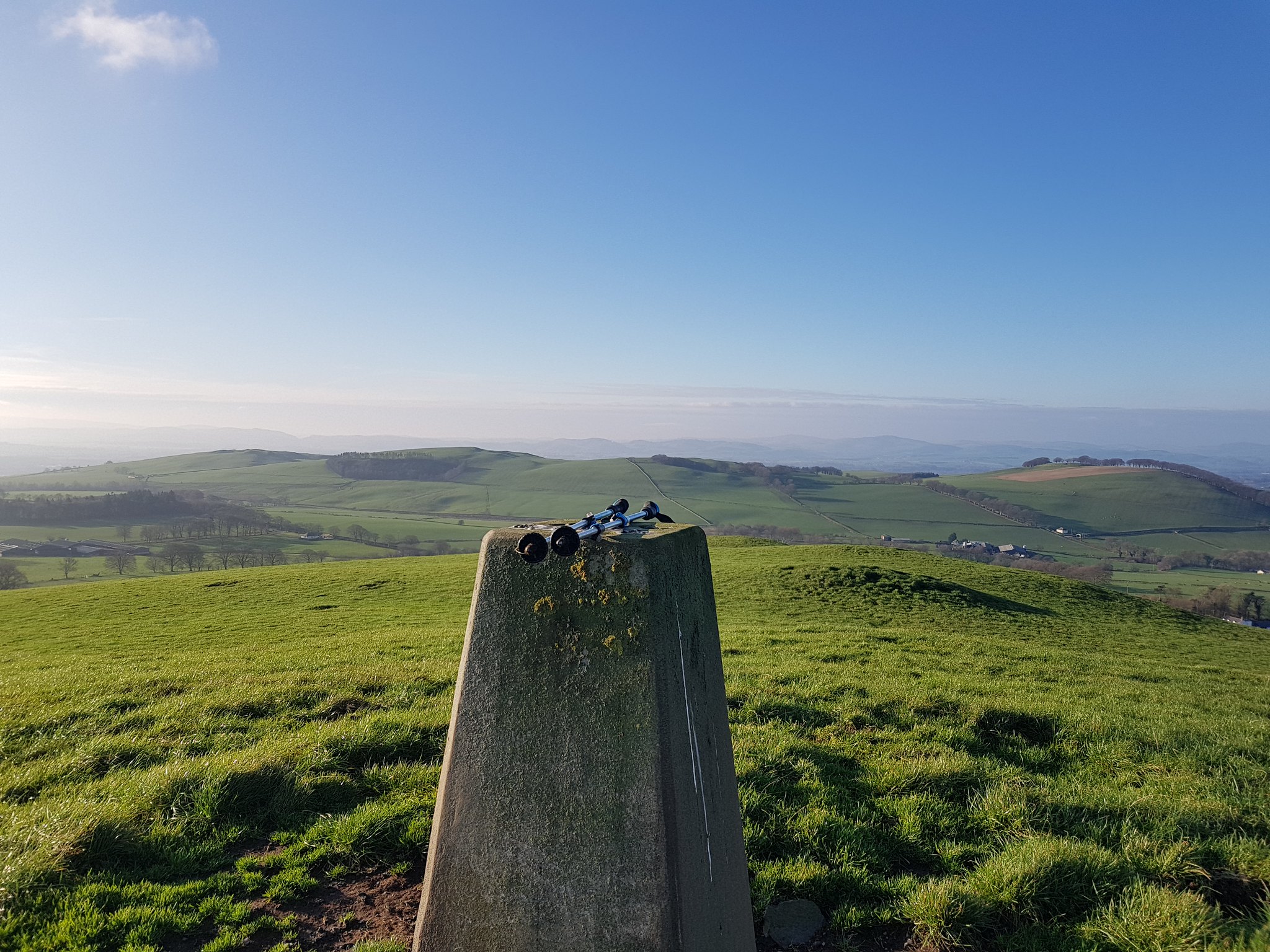 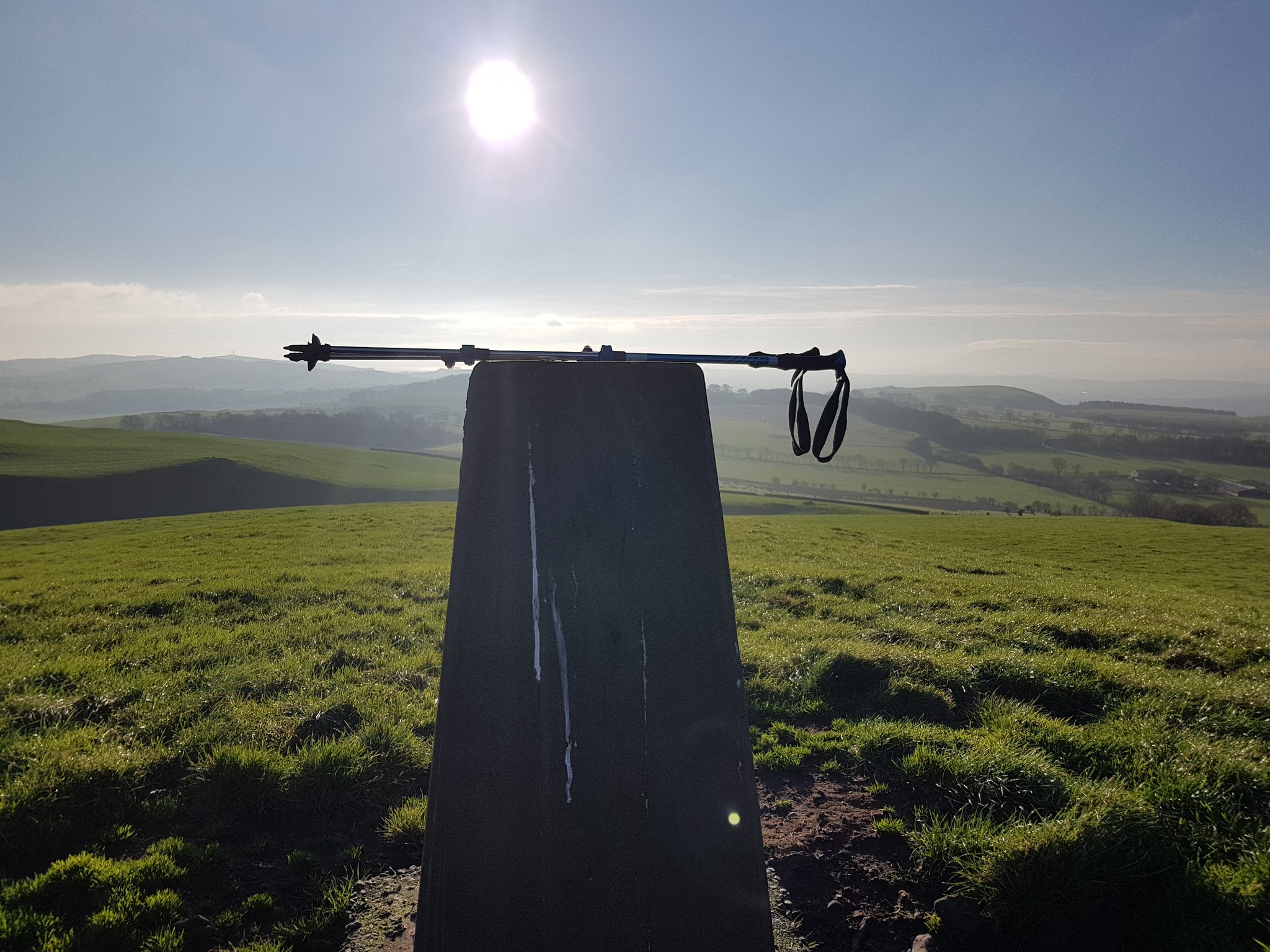 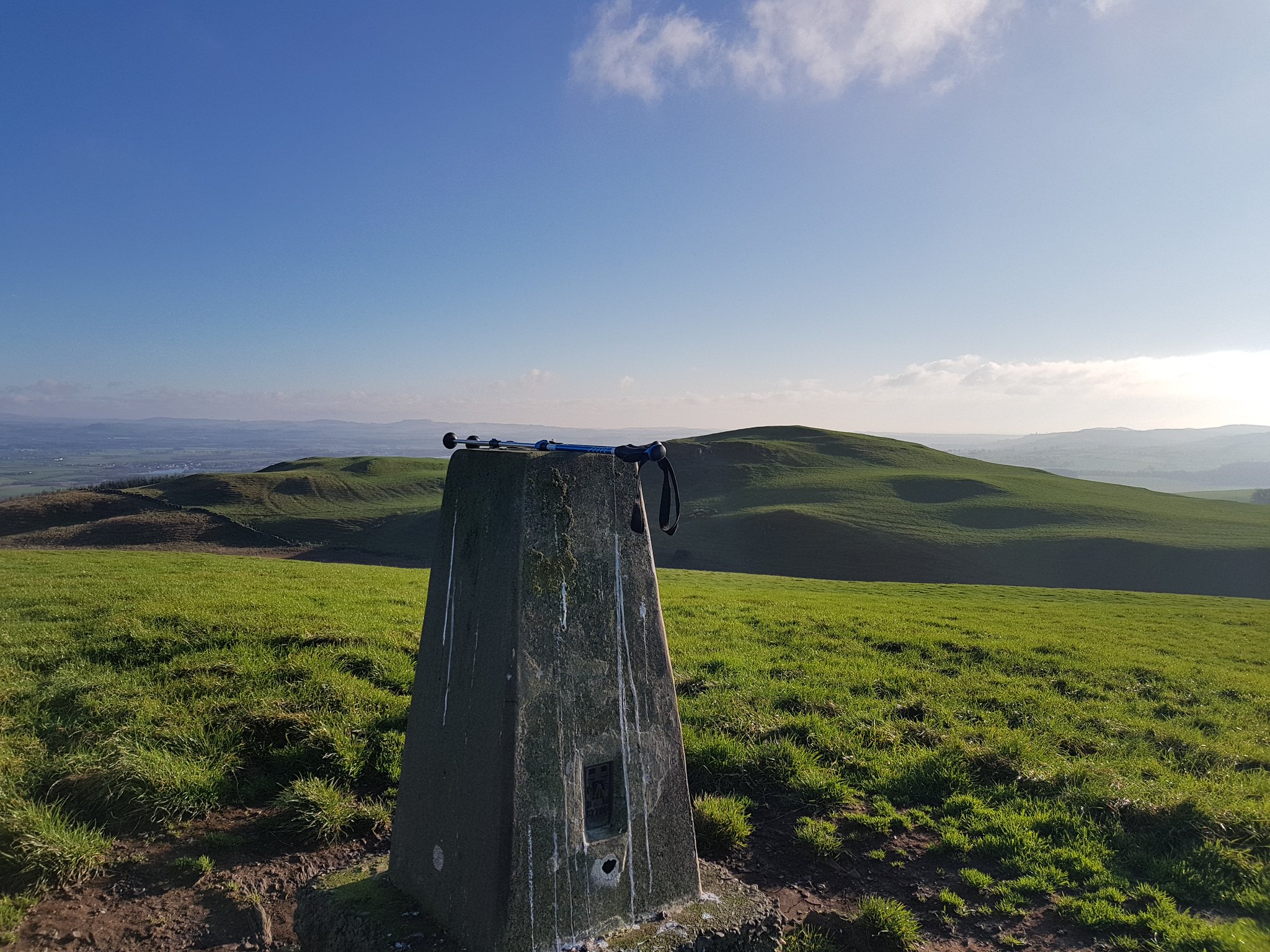 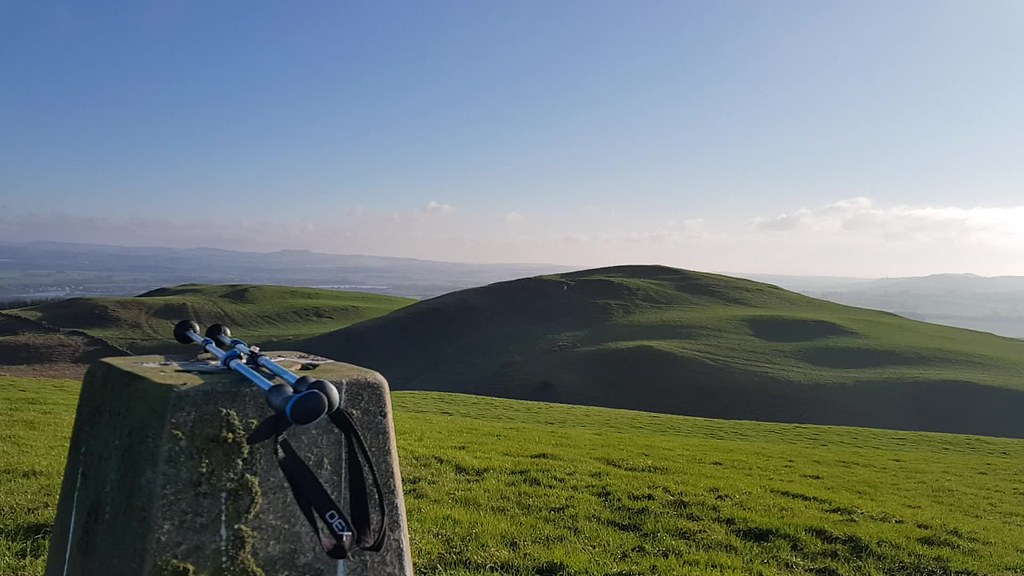 Video from the summit 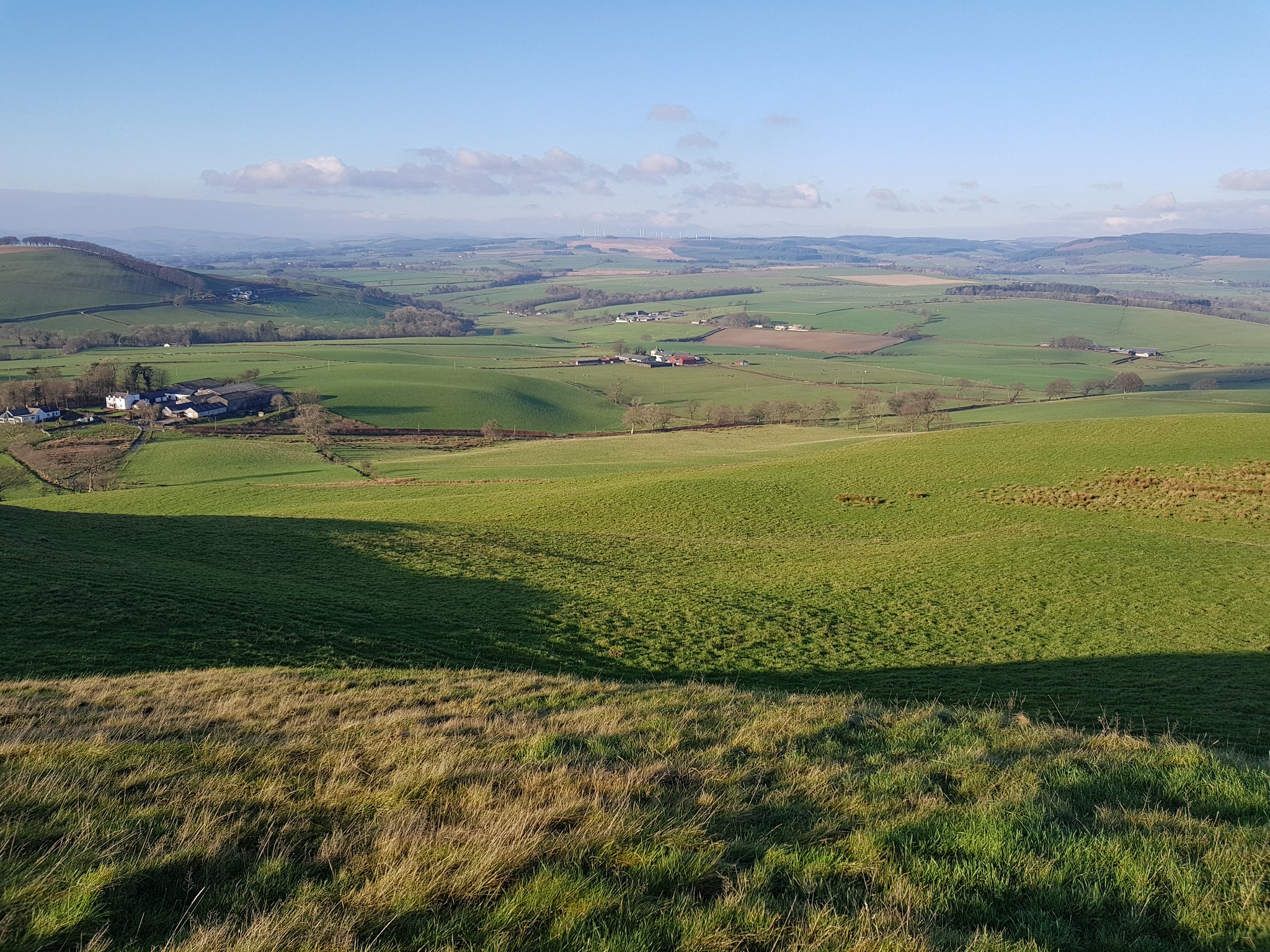 My 7 minute descent, straight down 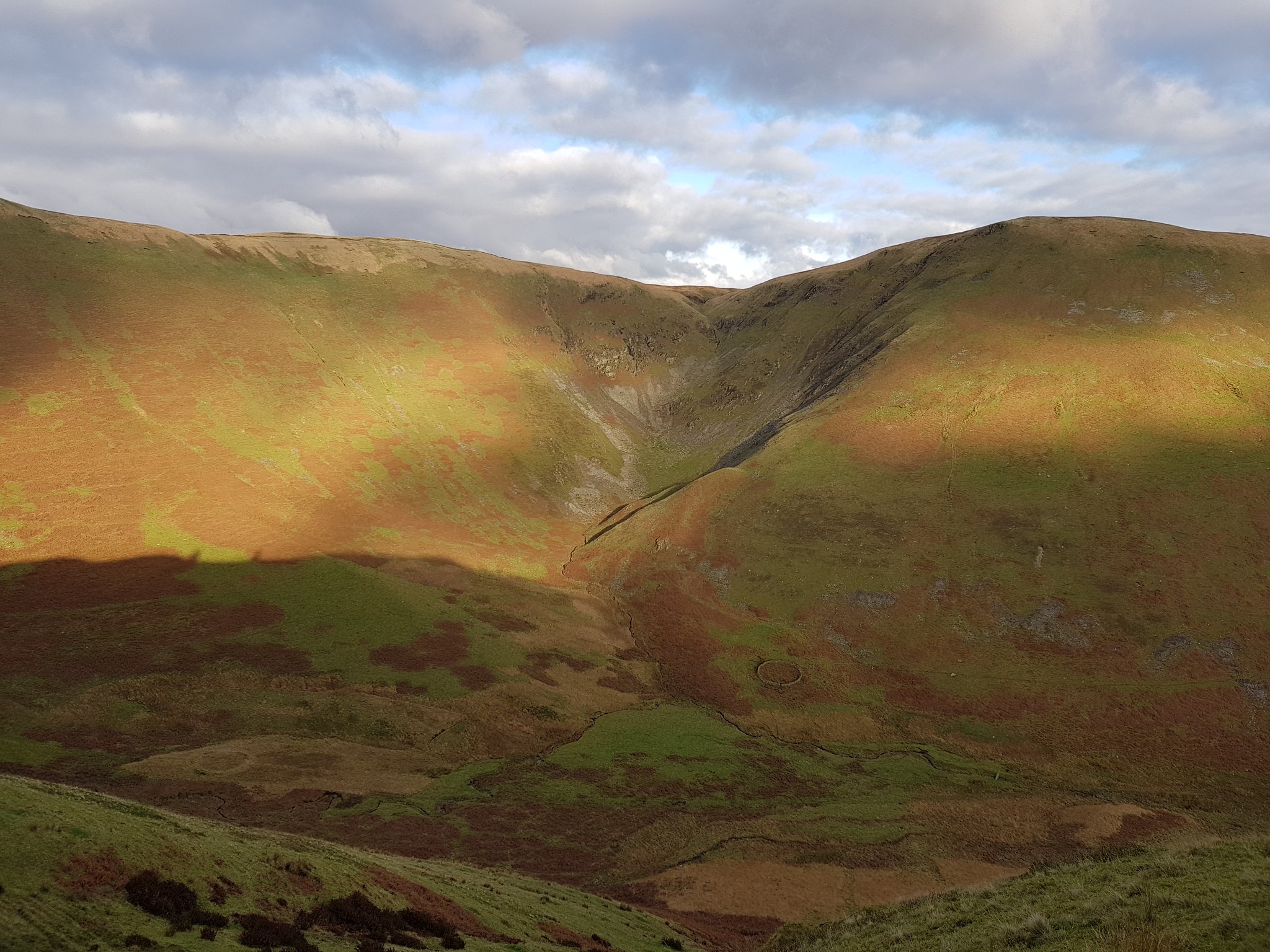 Bonus photo, decided to stop on the way home just north of Moffat at at the wonderfully named "Devils Beef Tub"

This is a nice little hill that offers good all round views as it is the highest hump in the area, however accessing it does involve a bit of navigating along some of Dumfries and Galloways narrow bendy lanes.

Checked to see how long we had taken. 50 minutes. "Fife Flyer" was certainly flying this time.There is a hill fort up there if you want to potter around, which is what I guess ate up the extra minutes.

Can't say my ascent/descent of it took much longer. Was a massive cow at the top and I shocked myself on the electric fence on the way back down though. One of my favourite marilyn experiences near Dumfries - lovely hill.

Another borders raid by the FF...did you have time to look at the step counter..