After a wander up Craigellachie with Ross at the end of last month, we decided to try something a little higher this time round. A slightly difficult choice to make given that the weather is getting more wintery as time goes on, and Ross doesn't have any winter walking gear. I was originally thinking of Creag Bheag above Kingussie, but the weather looked promising enough to try Meall a' Bhuachaille.


Map.gpx Open full screen  NB: Walkhighlands is not responsible for the accuracy of gpx files in users posts
We set off from Loch Morlich shortly after 11am up past the reindeer centre. As I usually come down this way, I don't tend to pay much attention to the route, so it took a little time before I was certain we were going up the right track. 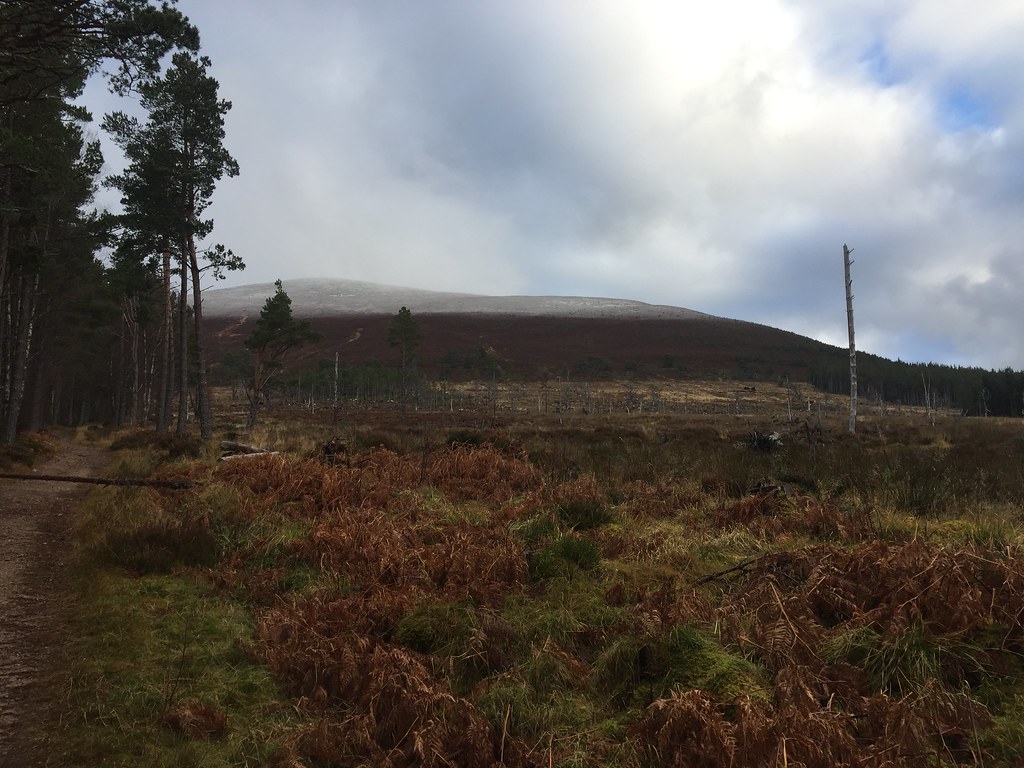 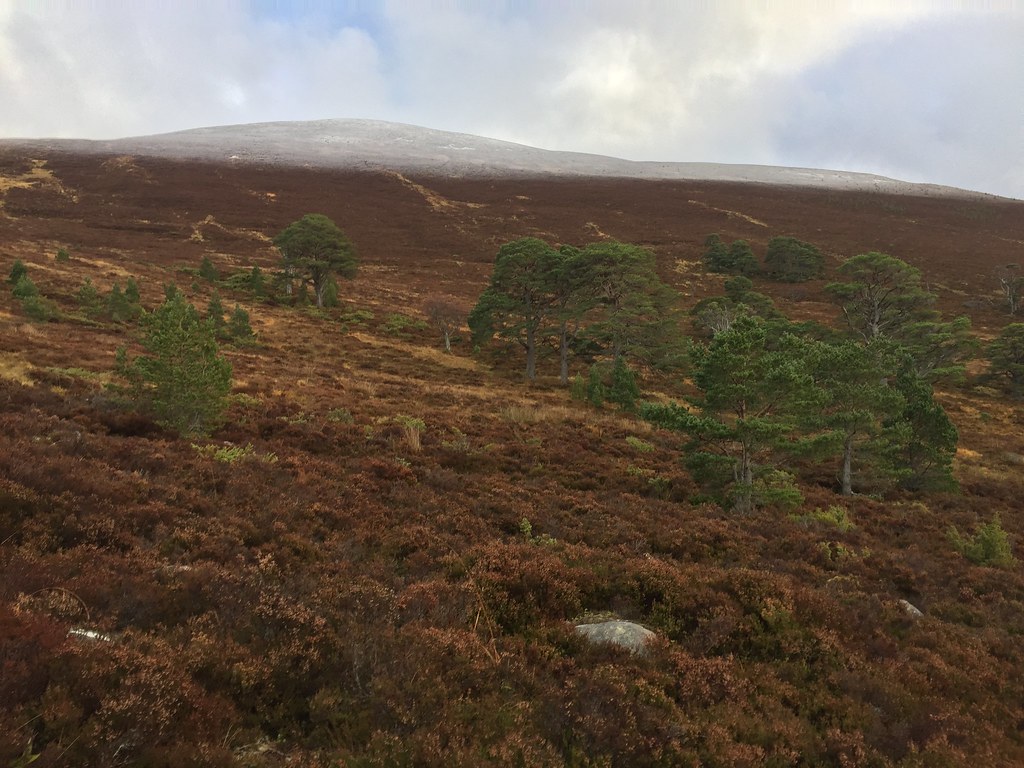 The snowline looked to be at around 700m, but there was only a dusting above here. The path is pretty good these days, so it didn't take us too long to reach the snow, and then the summit. The main Cairngorm plateau was in the cloud, but Speyside looked atmospheric, and the lower summits along the edge of the range (like Carn Eilrig) were prominent. 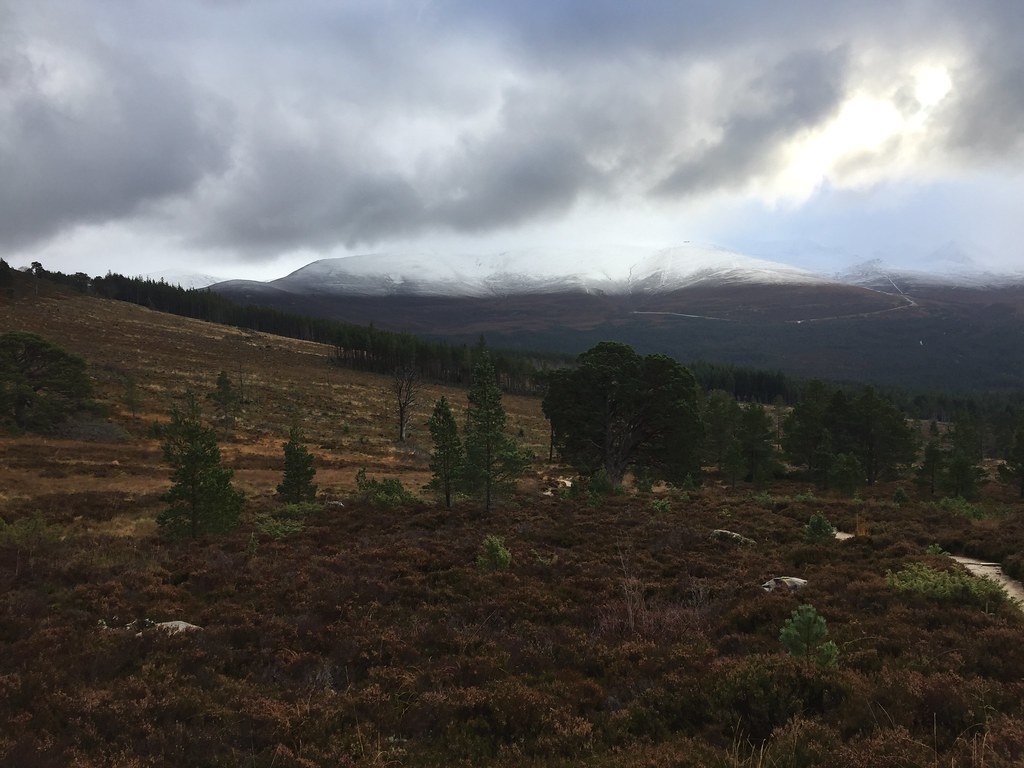 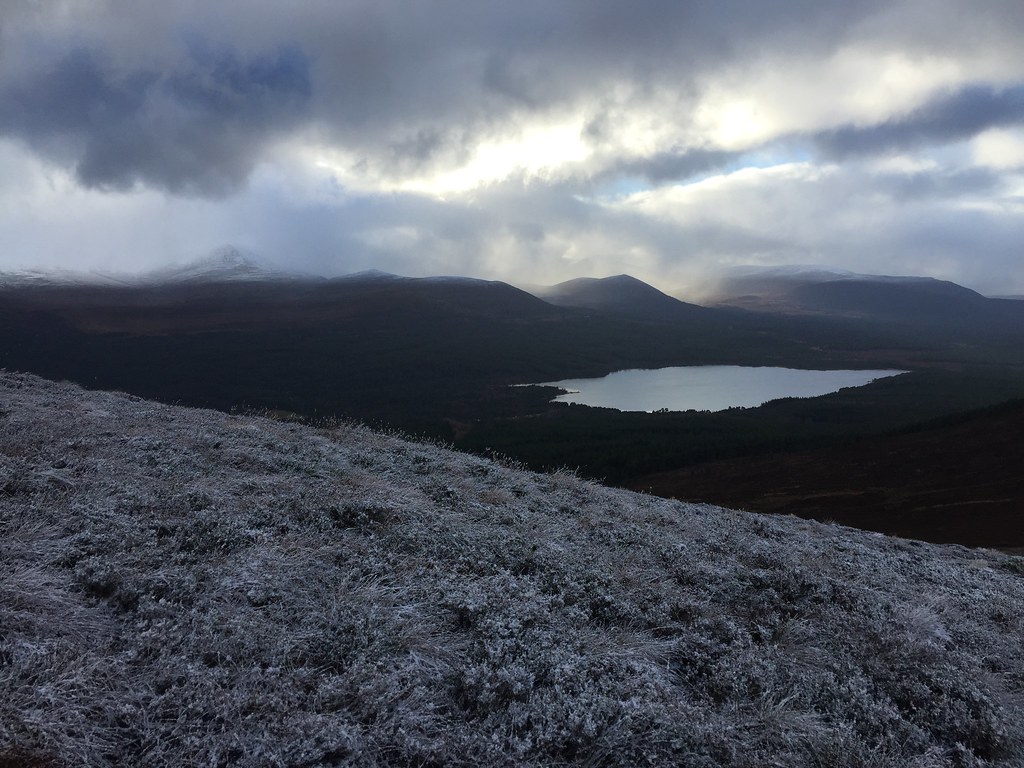 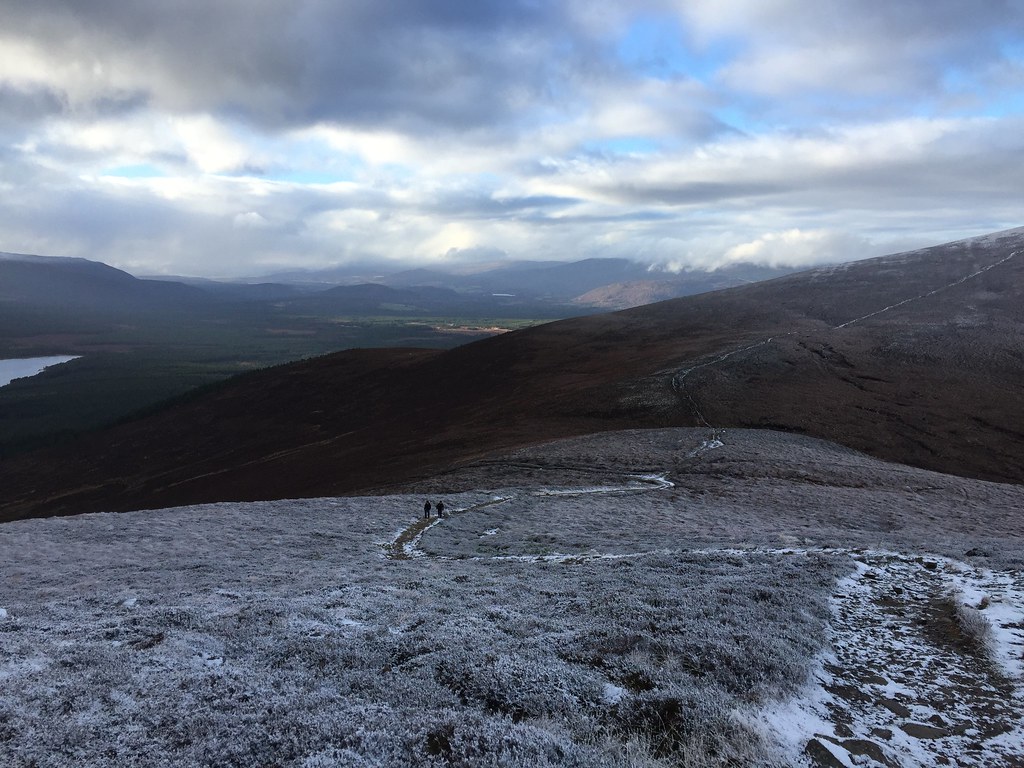 Back to the col 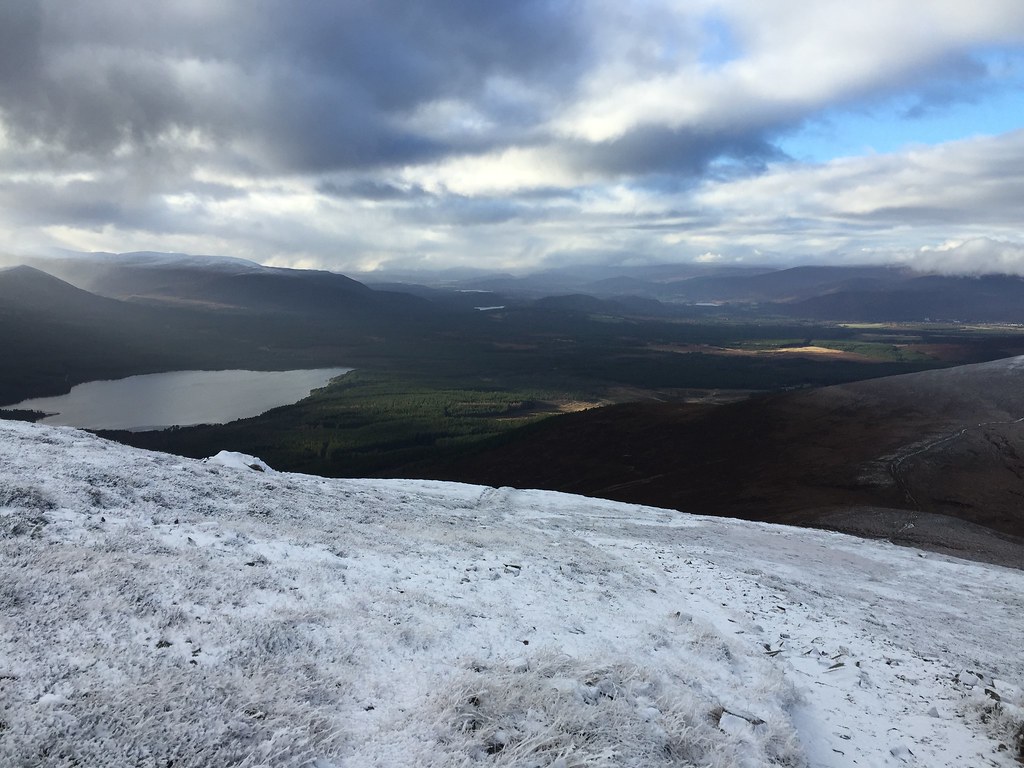 We had a quick pie stop at the summit, where it became rather chilly after a few minutes, then headed down towards Ryvoan. There were quite a few people around today - at least another half-dozen or so folk passing us at the top, and we met more coming up from the Ryvoan direction. 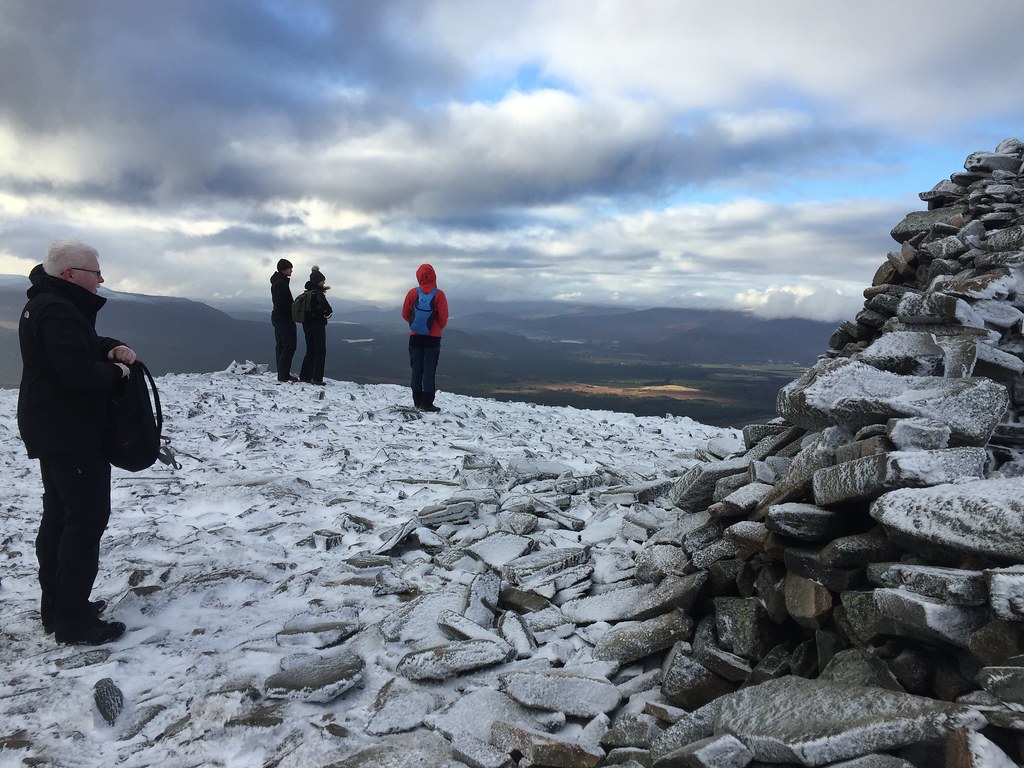 Summit of Meall a’ Bhuachaille 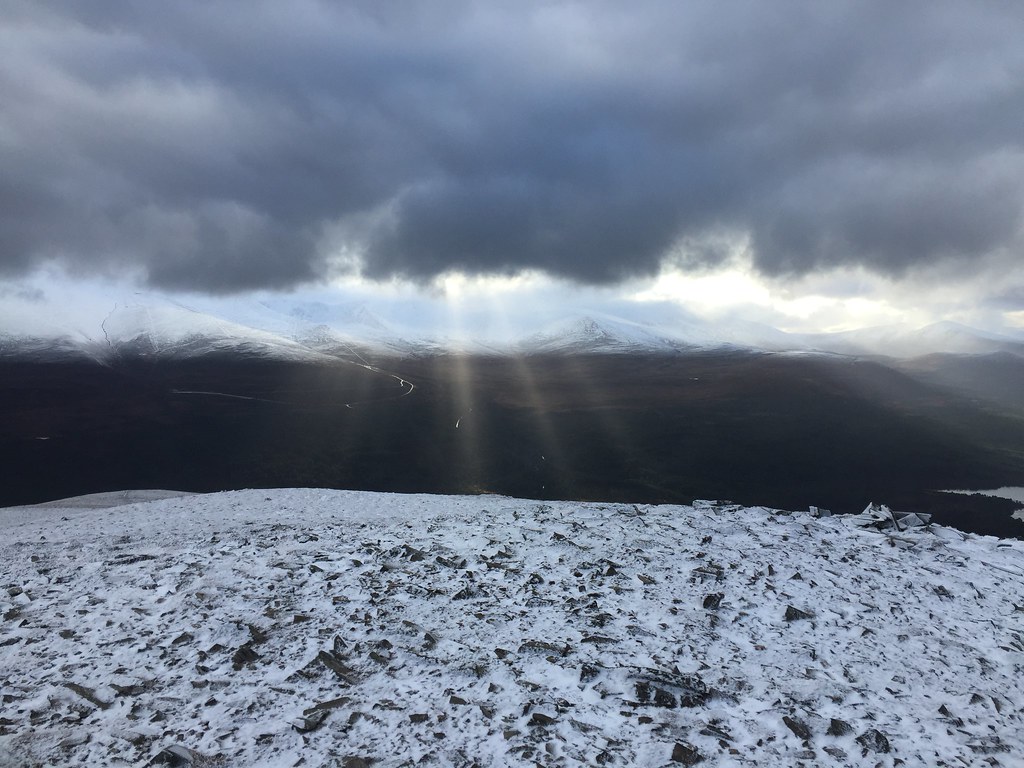 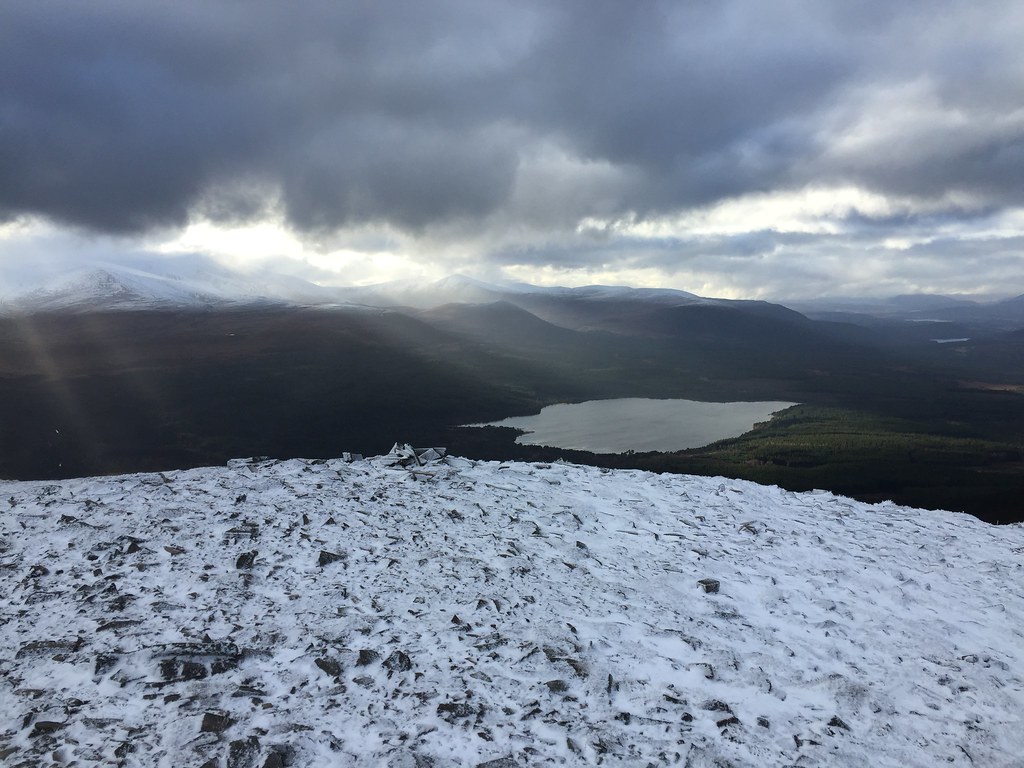 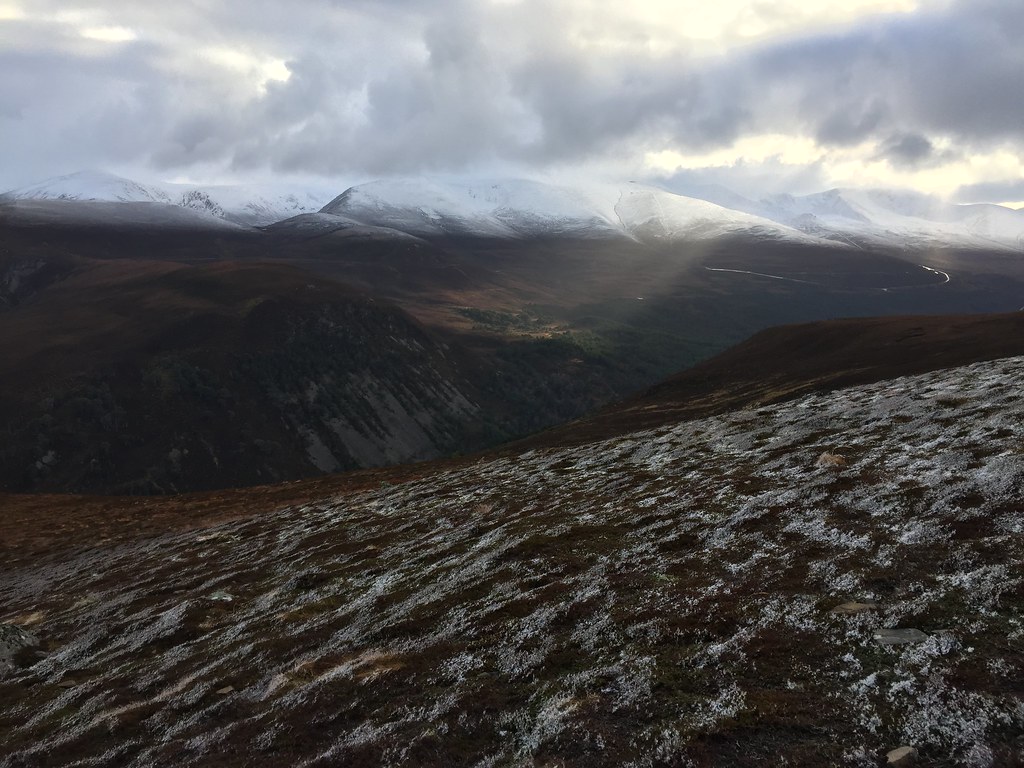 Across Creag nan Gall to the Northern Corries 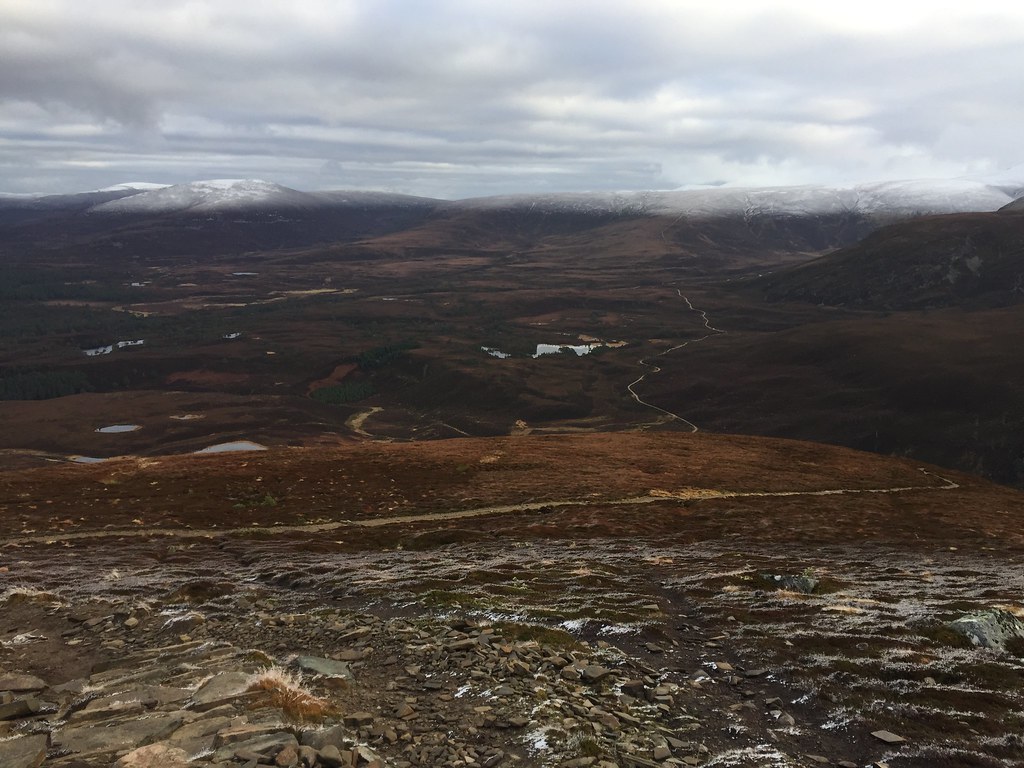 The downward route was a bit steeper, although fortunately the steepest bit (now with stone steps) was below the snowline, and less slippery. 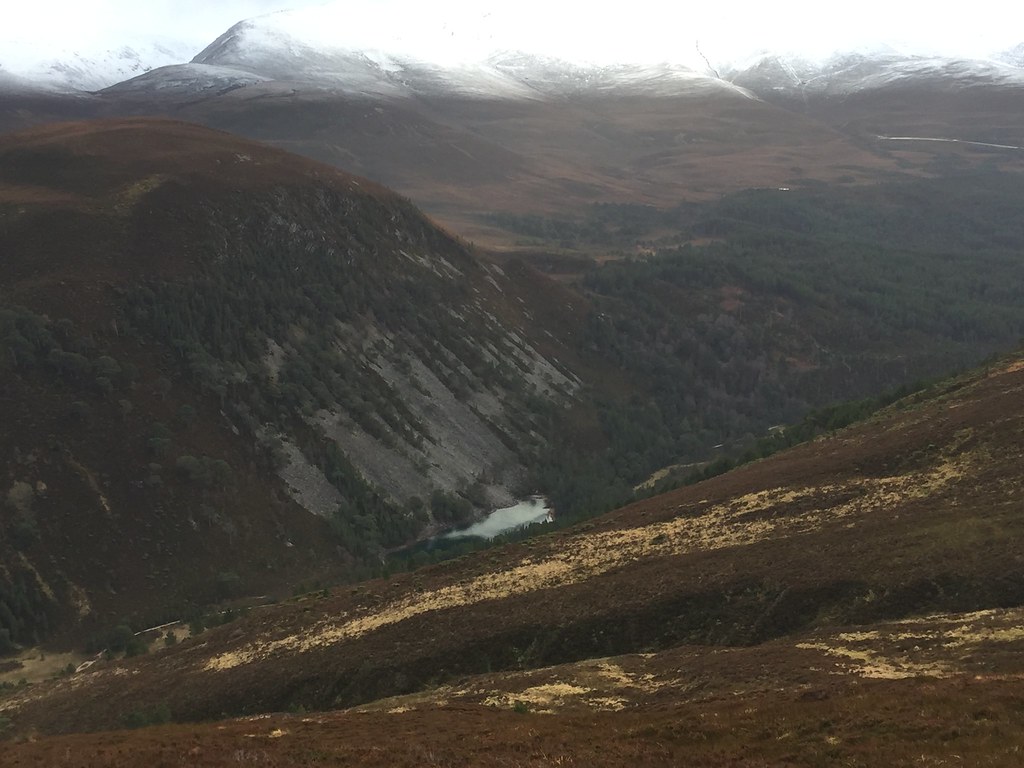 Ryvoan didn't seem to get closer for some time, but suddenly we were there. We had a quick nosy inside (all clean - still haven't stayed in this bothy), then made our way back towards Loch Morlich. 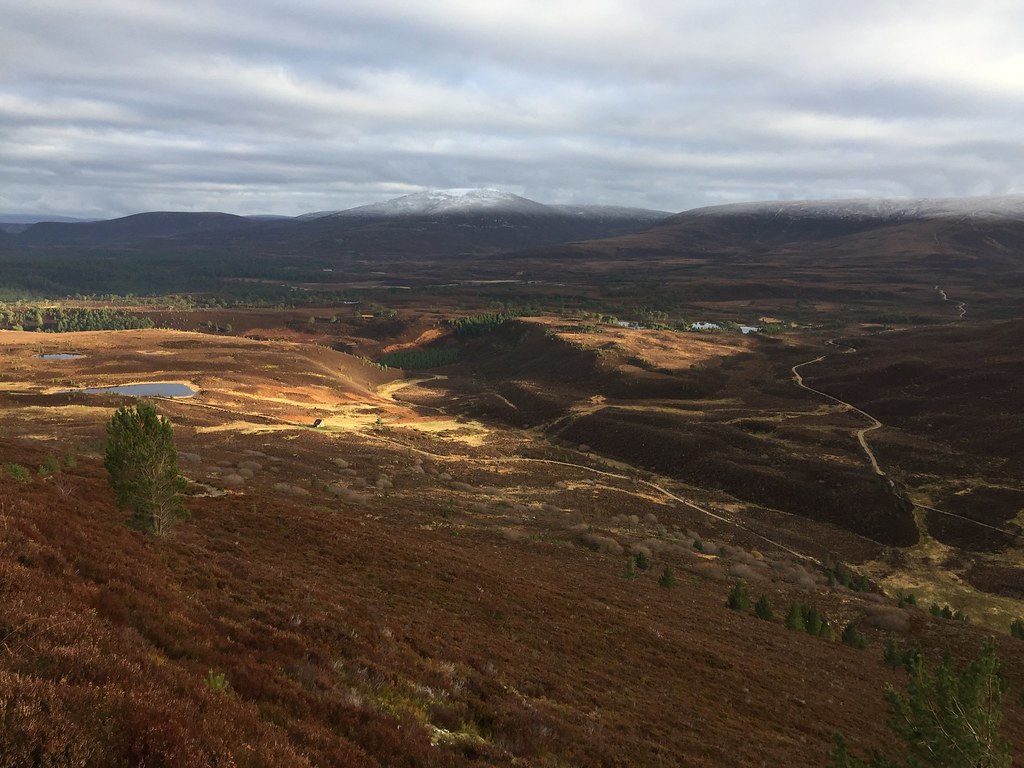 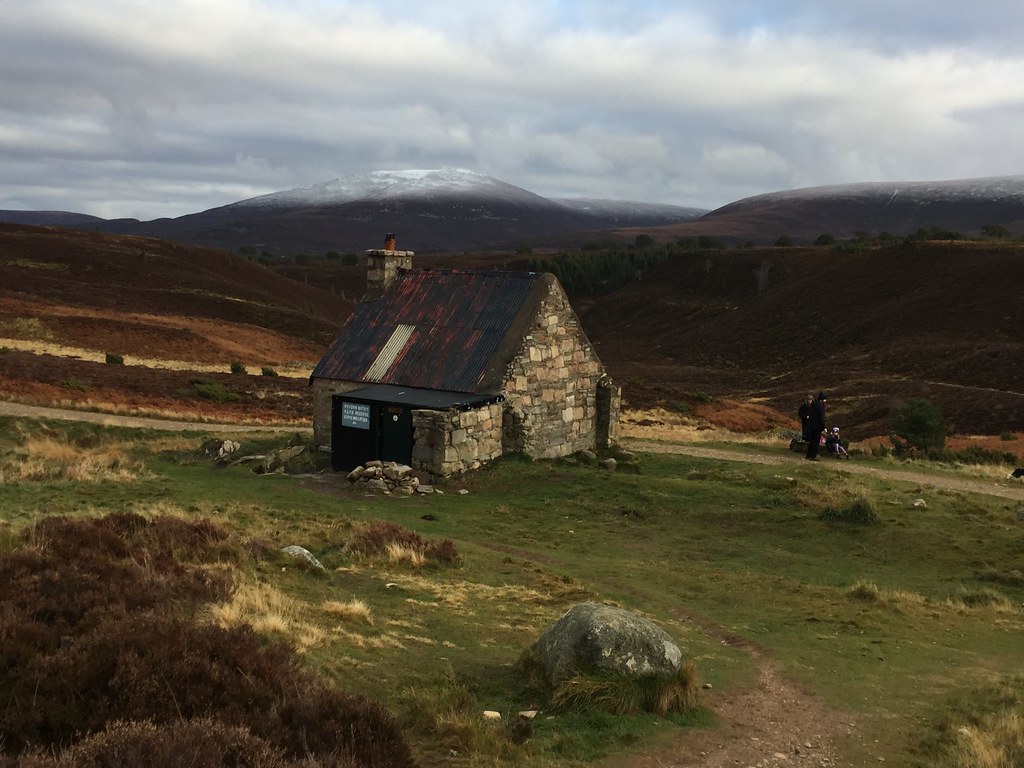 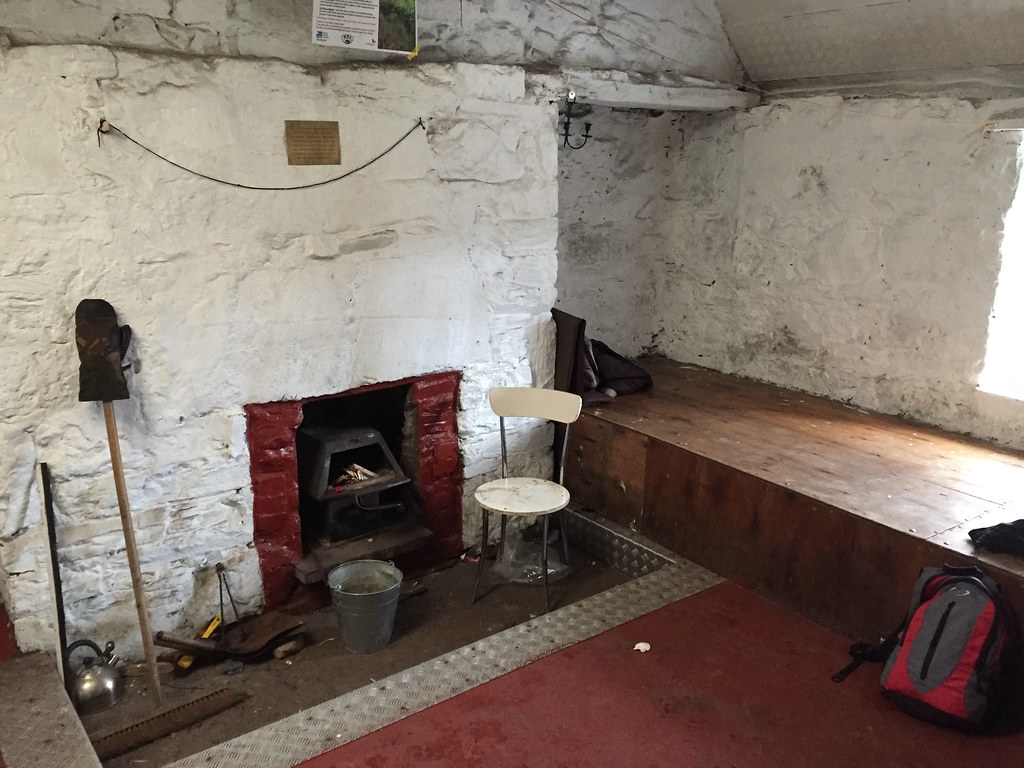 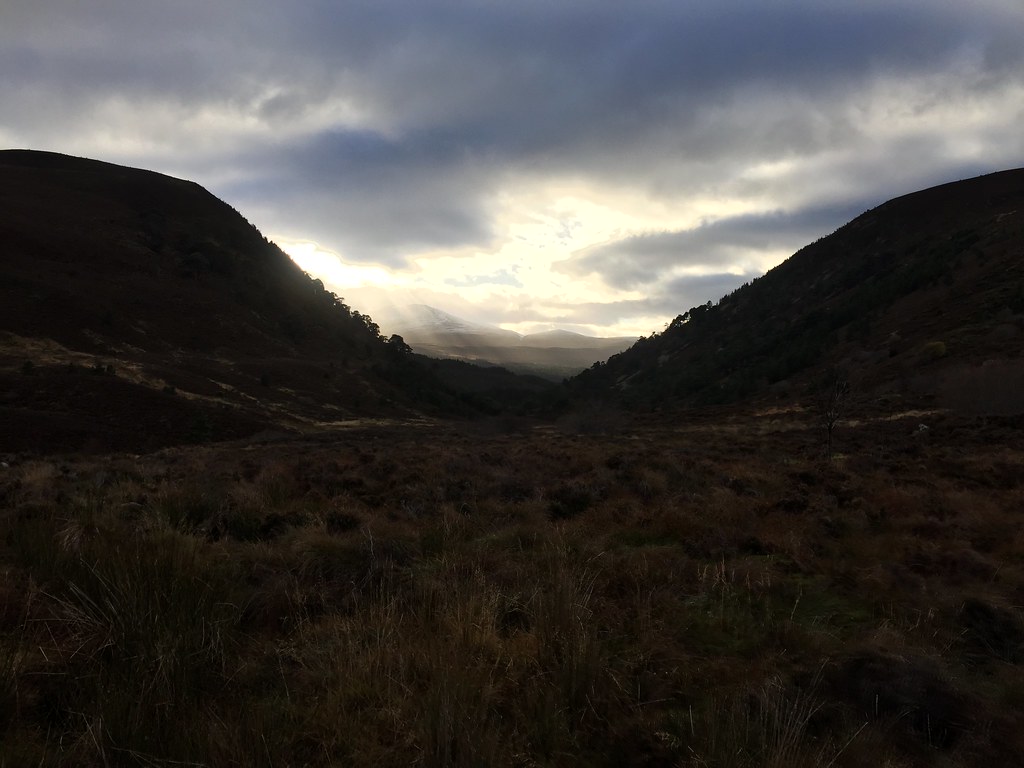 On the way out, we had a quick look at An Lochan Uaine. There is quite a variety of scenery in this walk over a short distance - something that the Cairngorms aren't really renowned for. 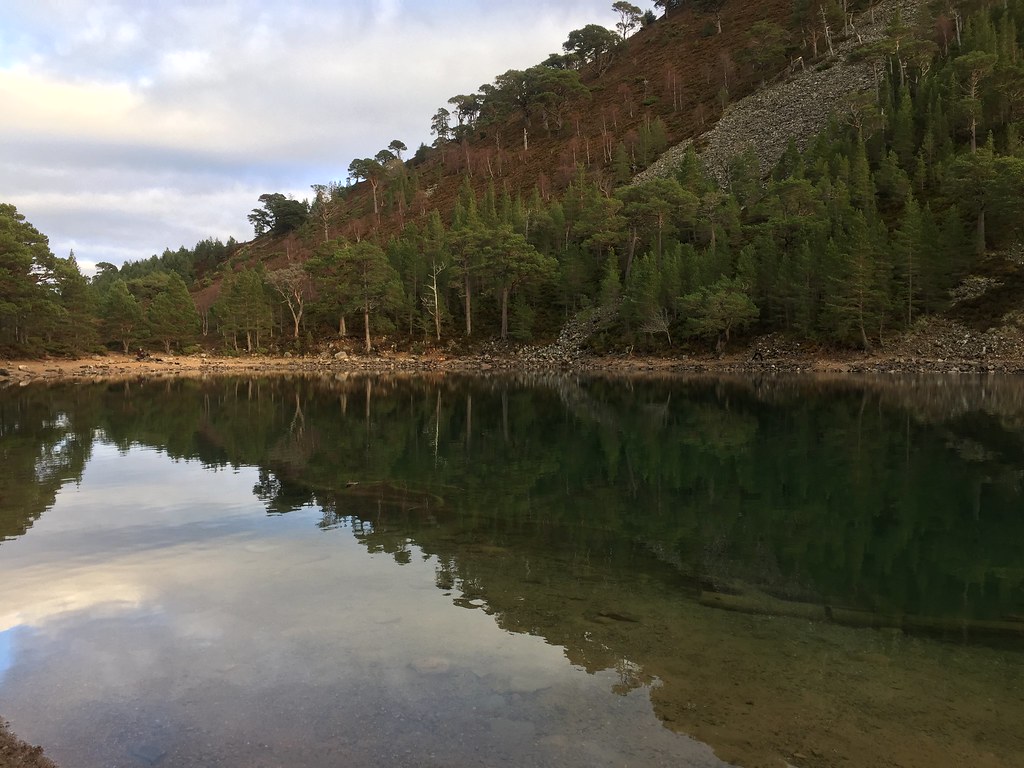 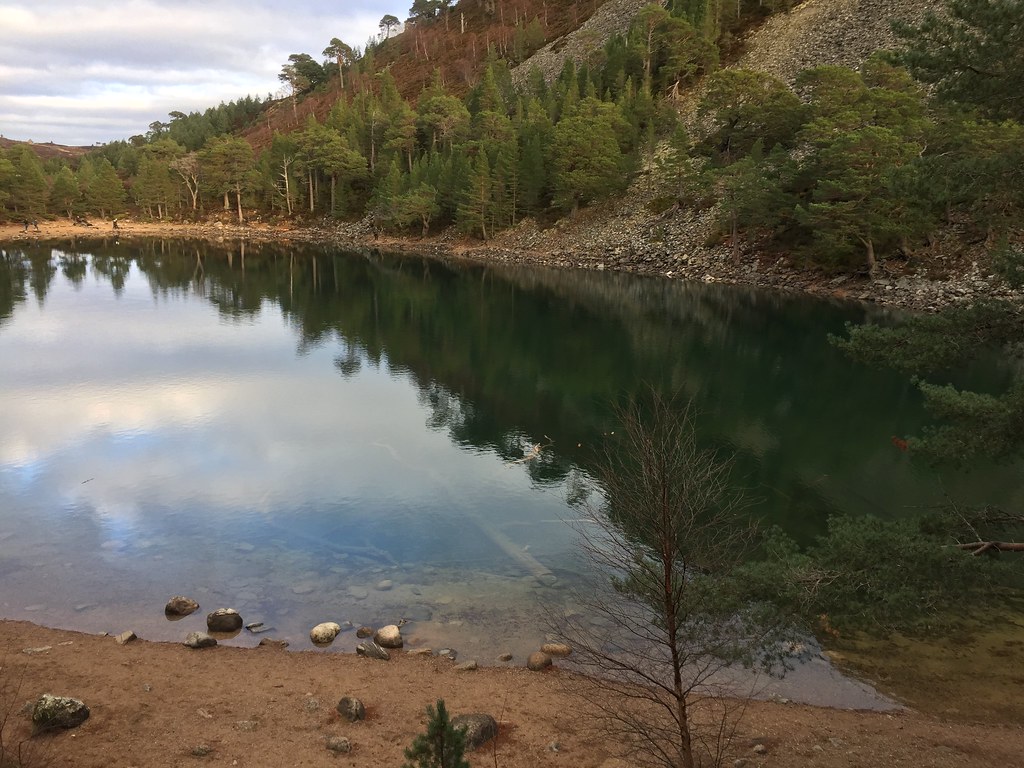 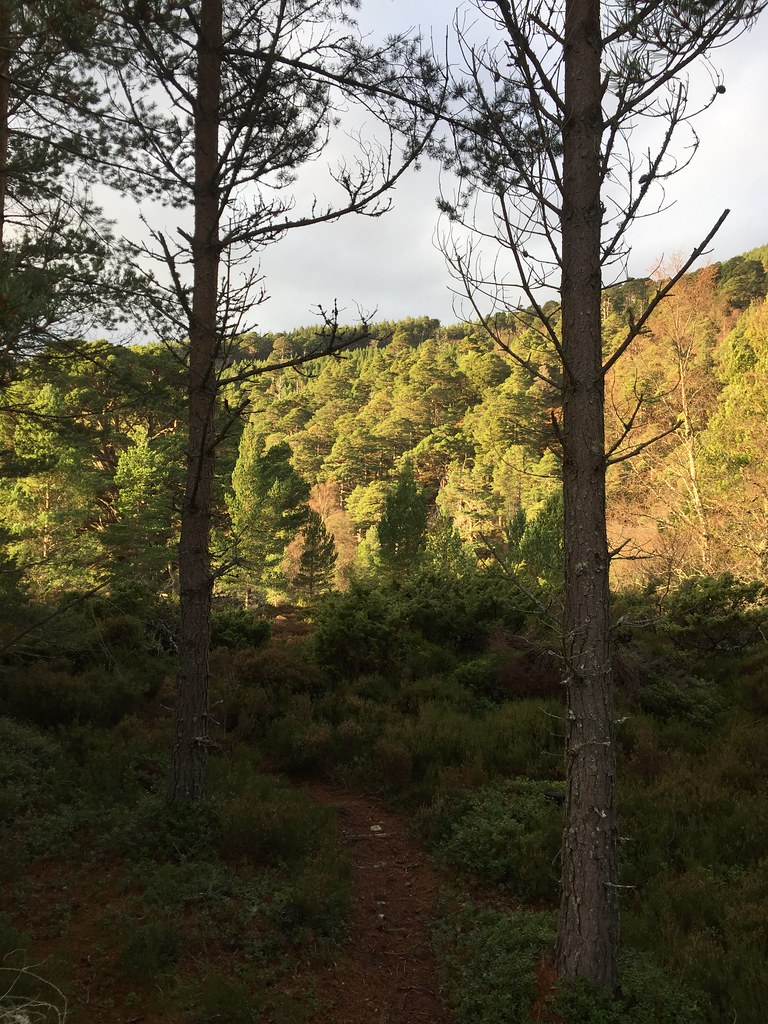 Sunlight on the walk-out 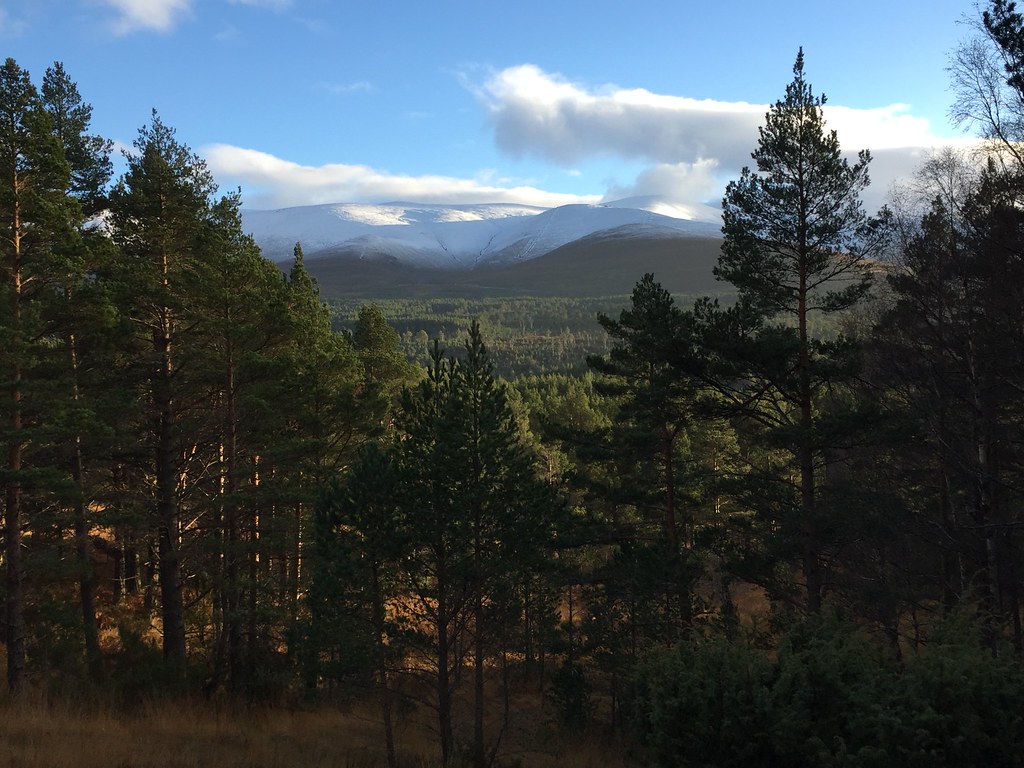 . All that remained was a stop-off at the Cairngorm Hotel for a late lunch and a pint (a half in my case - driving does have its disadvantages

). Another good day out. Not sure where next with Ross - potentially something a bit bigger again, but that will depend on what kind of winter we have!

Colin and I also got mildly confused past the reindeer centre....but we also missed the path down to Ryvoan

Loch morlich looks amazing with the snow round about

This hill seems to have in spades that Cairngorm characteristic of the value of a hill being not itself, but the views you get from it. Those pics looking South and SW at the main Cairngorm massif are superb - the lighting and cloud cover are just superb.

CEO is recovering rapidly from her op, so I hope to be winterly active pretty soon ...

This hill seems to have in spades that Cairngorm characteristic of the value of the hill being not itself, but in the views you get from it. Those pics looking South and SW at the main Cairngorm massif are superb - the lighting and cloud cover are just superb.

CEO is recovering rapidly from her op, so I hope to be winterly active pretty soon ...