Lovely weather was forecast, I was able to stay in Glasgow for part of the summer and hitting the hills seemed like a good idea! My friend Keith and I joined forces and headed to Rowardennan. It was an afternoon start due to work commitments in the morning but we had plenty of daylight.

I had wanted to go up the Ptarmigan ridge, but we struggled to find the start of it, plus Keith was being a big wuss. So we settled for the boring tourist route.

The ascent was easy and not very interesting, although we met a group of lads on bikes who were cycling up. Most were doing a lot of carrying, although there was one that we dubbed the “Duracell Bunny” as he just kept on going! 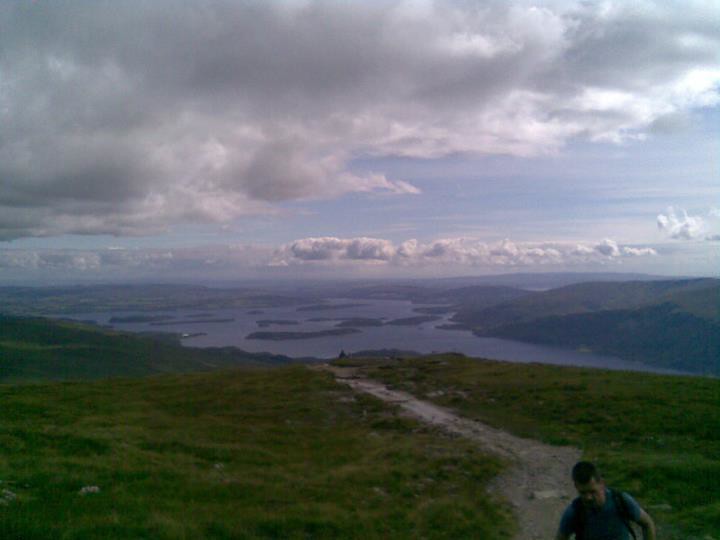 Looking across to the Cobbler 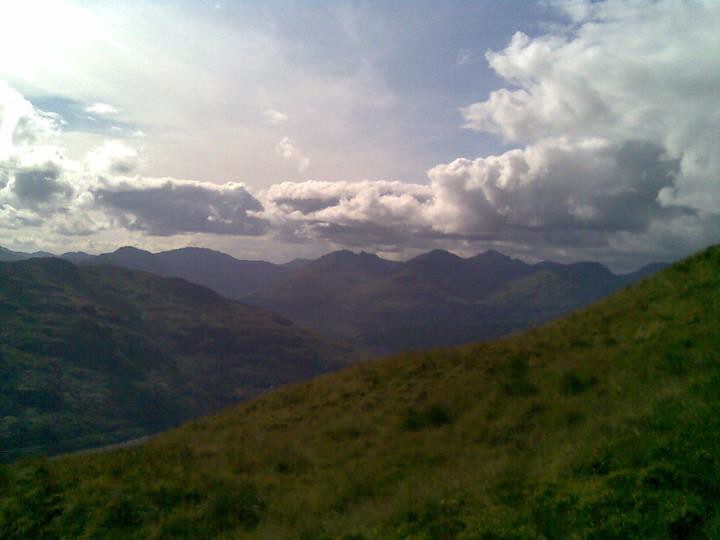 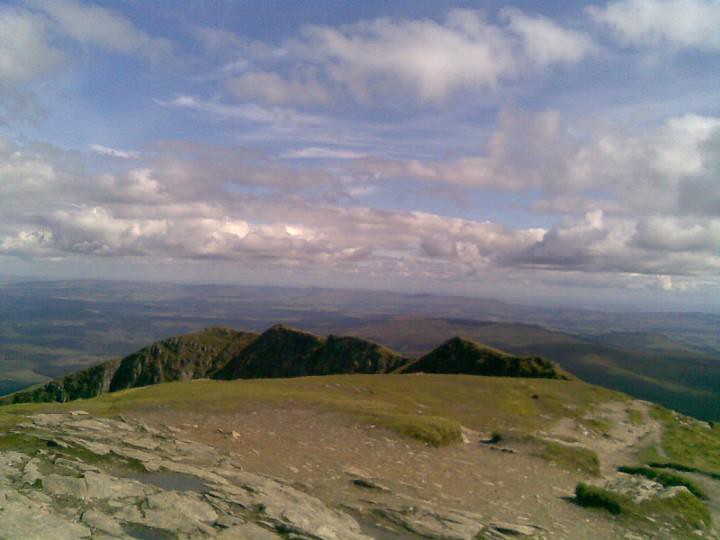 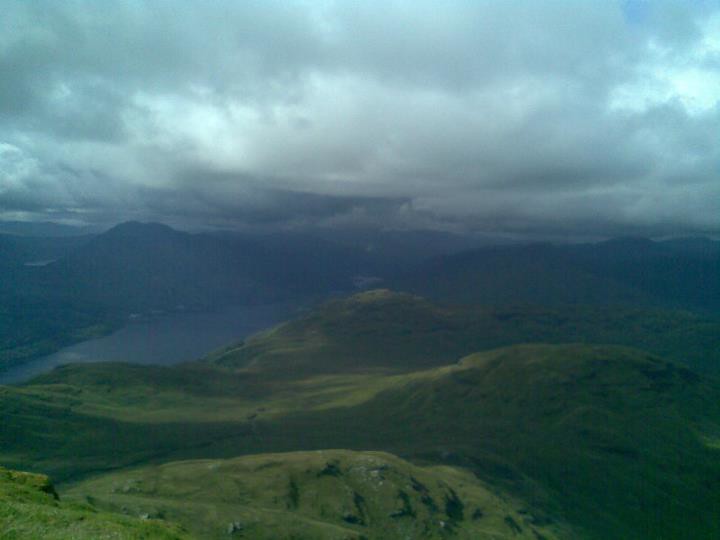 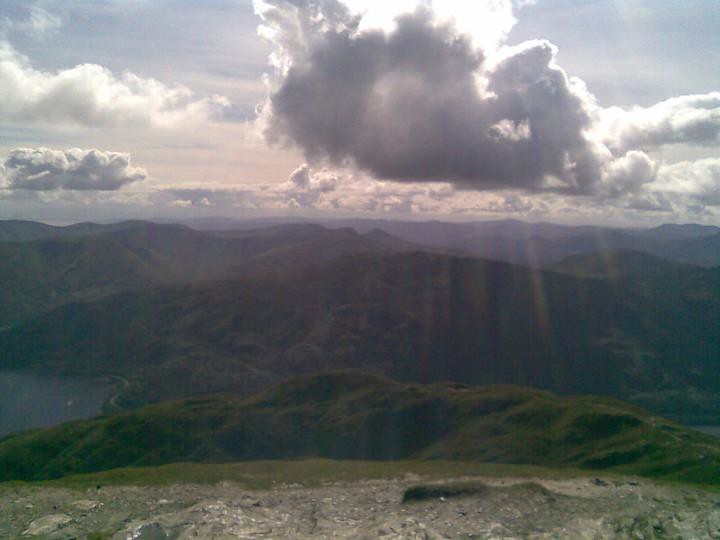 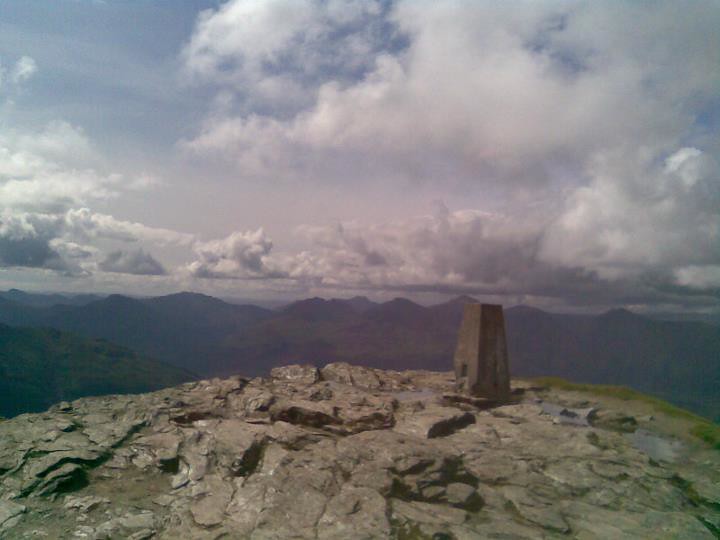 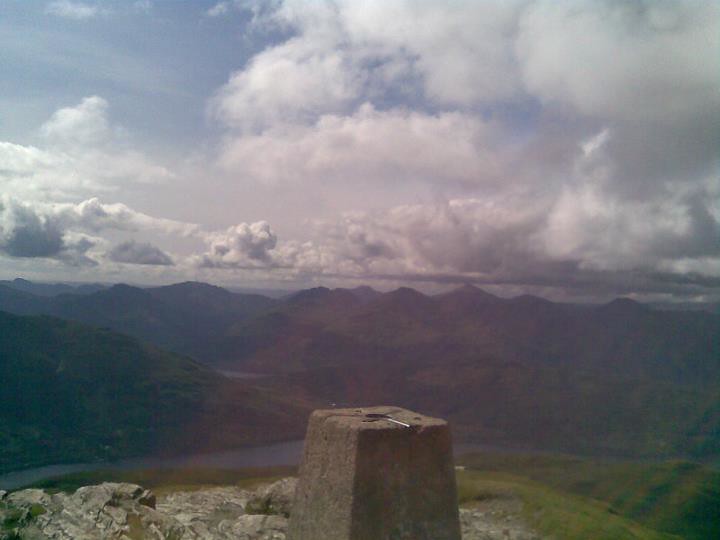 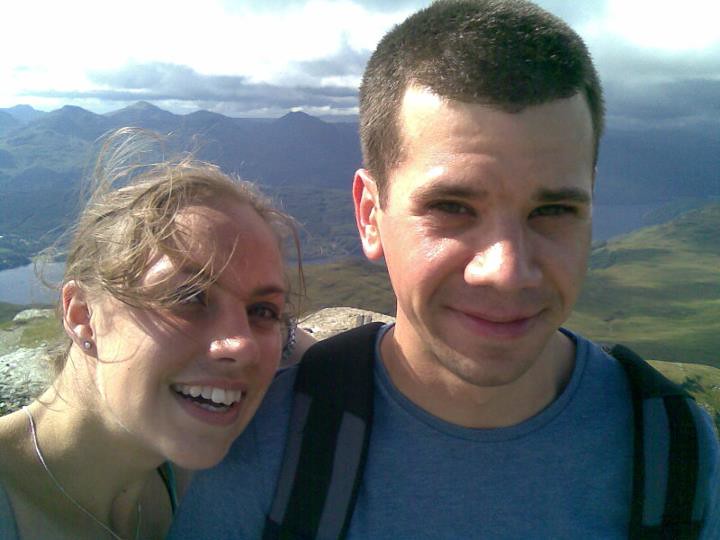 Our objective reached, I was able to see the top of the Ptarmigan ridge. Thinking that it would be a shame to return via the same route, I suggested going down it. It was a fabulous route, despite Keith’s complaints “It’s a ridge, that means danger!”

I’m sure in bad conditions it may have been tricky but on a day like this it was a joy. Eventually on easier ground we were able to enjoy water features… 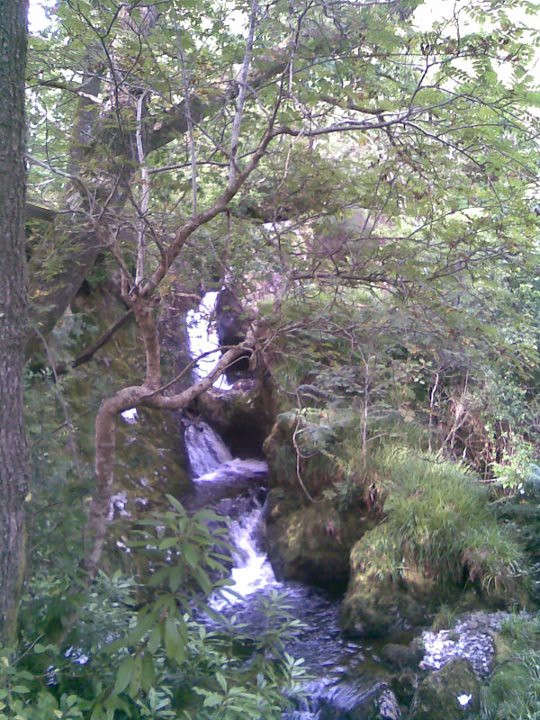 …so pretty that I didn’t notice my apple escaping 😦

But it did mean a perfect excuse for stopping at the Oak Tree Inn on the way home for some epic mince and tatties!