Kris had been wanting to climb Tinto for years and a sneaky wee Wednesday morning with an ok forecast provided the perfect opportunity. We met at the carpark at 8 where I was assaulted by Bingo and Milo, the two stupidest dogs known to man

It was an easy walk and although it was claggy there was enough brightness in the sky to show promise of it clearing as the forecast suggested. 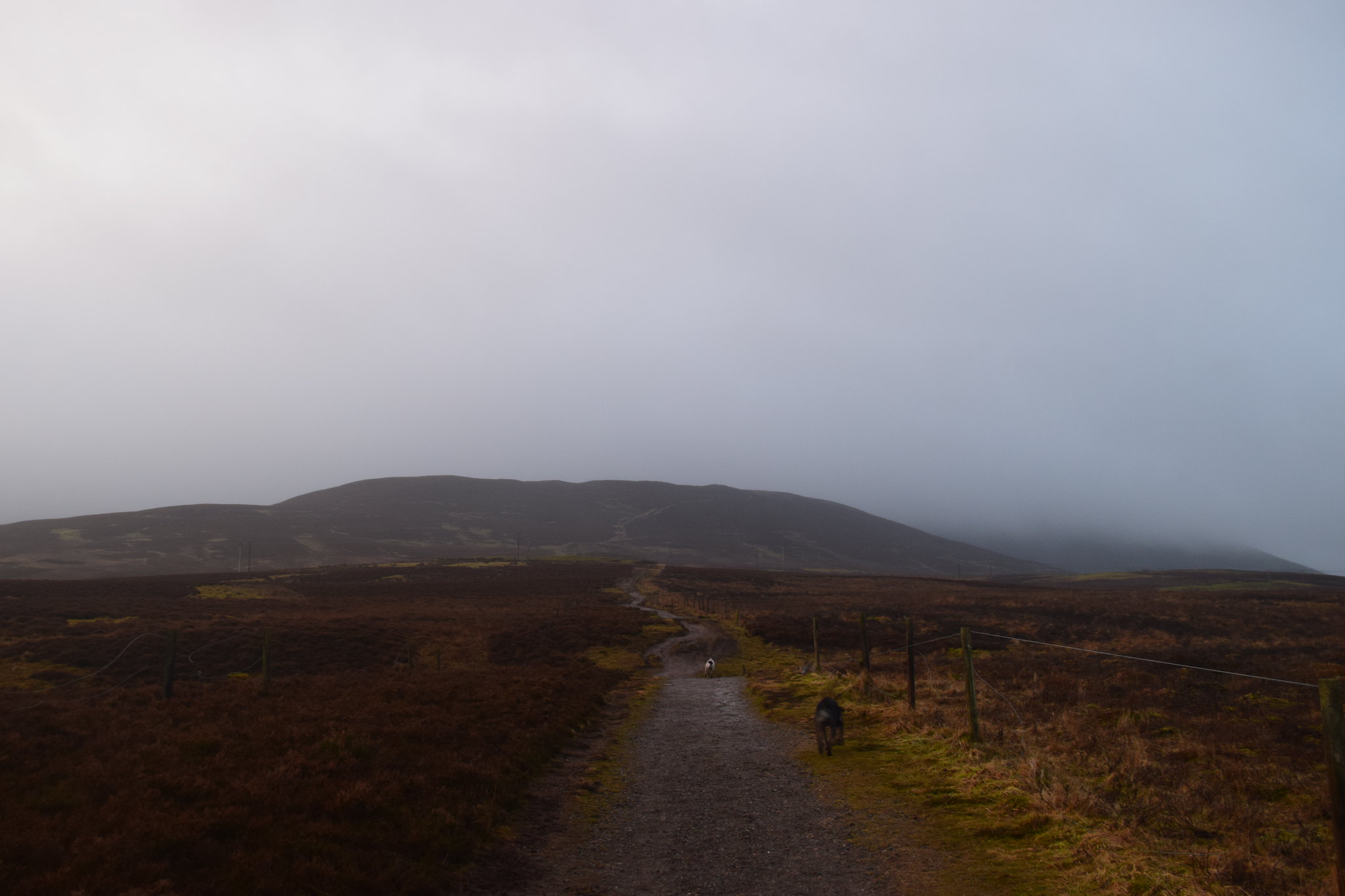 The route up was easy and impossible to get wrong. There was very little snow left around but the weather seemed to get worse as we got higher. It wasn’t raining but there was plenty of moisture in the air and we were getting a bit bedraggled!

Finally the summit was reached and the slippery rocks to the top were scaled with a certain amount of sliding around. 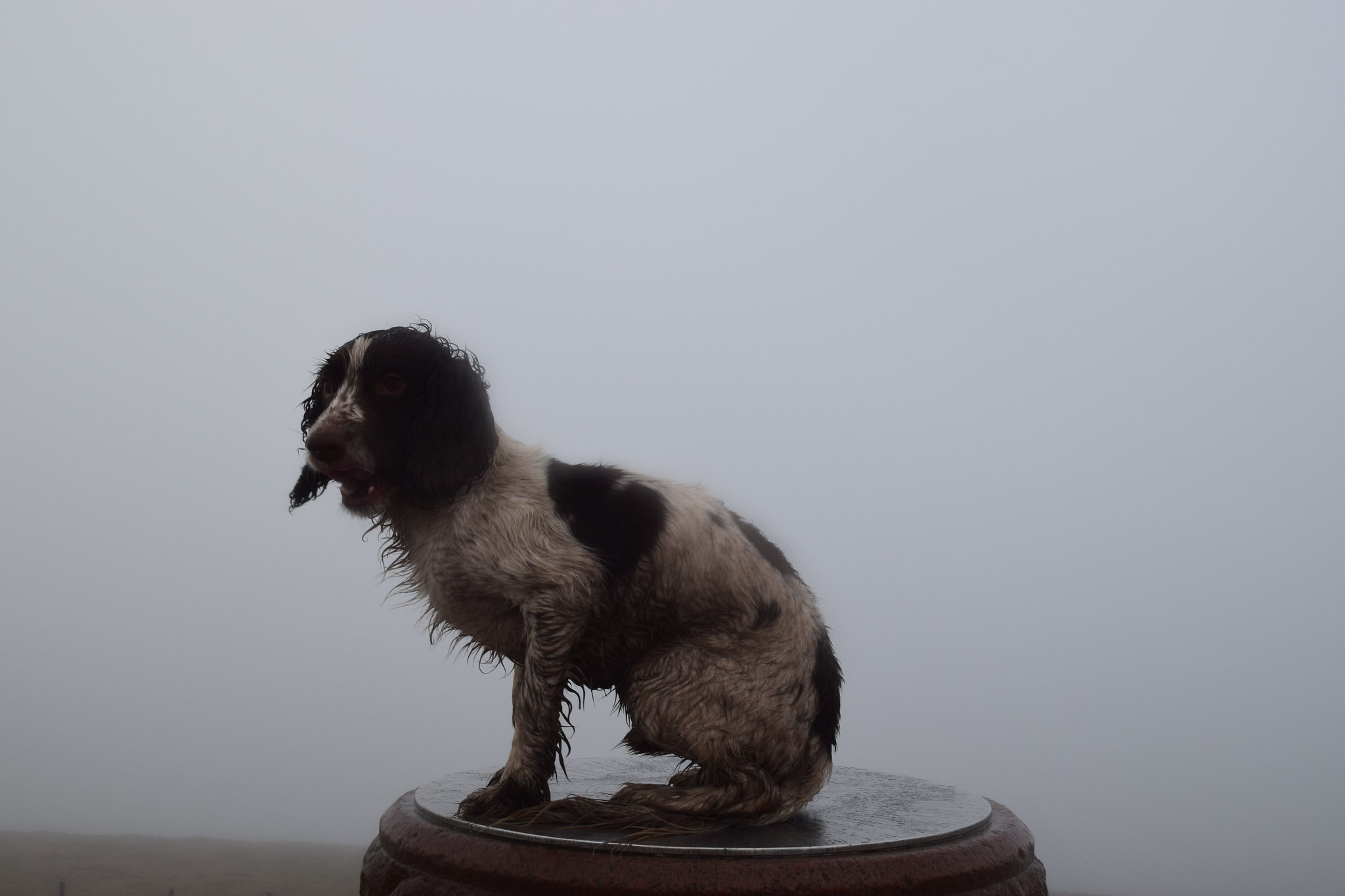 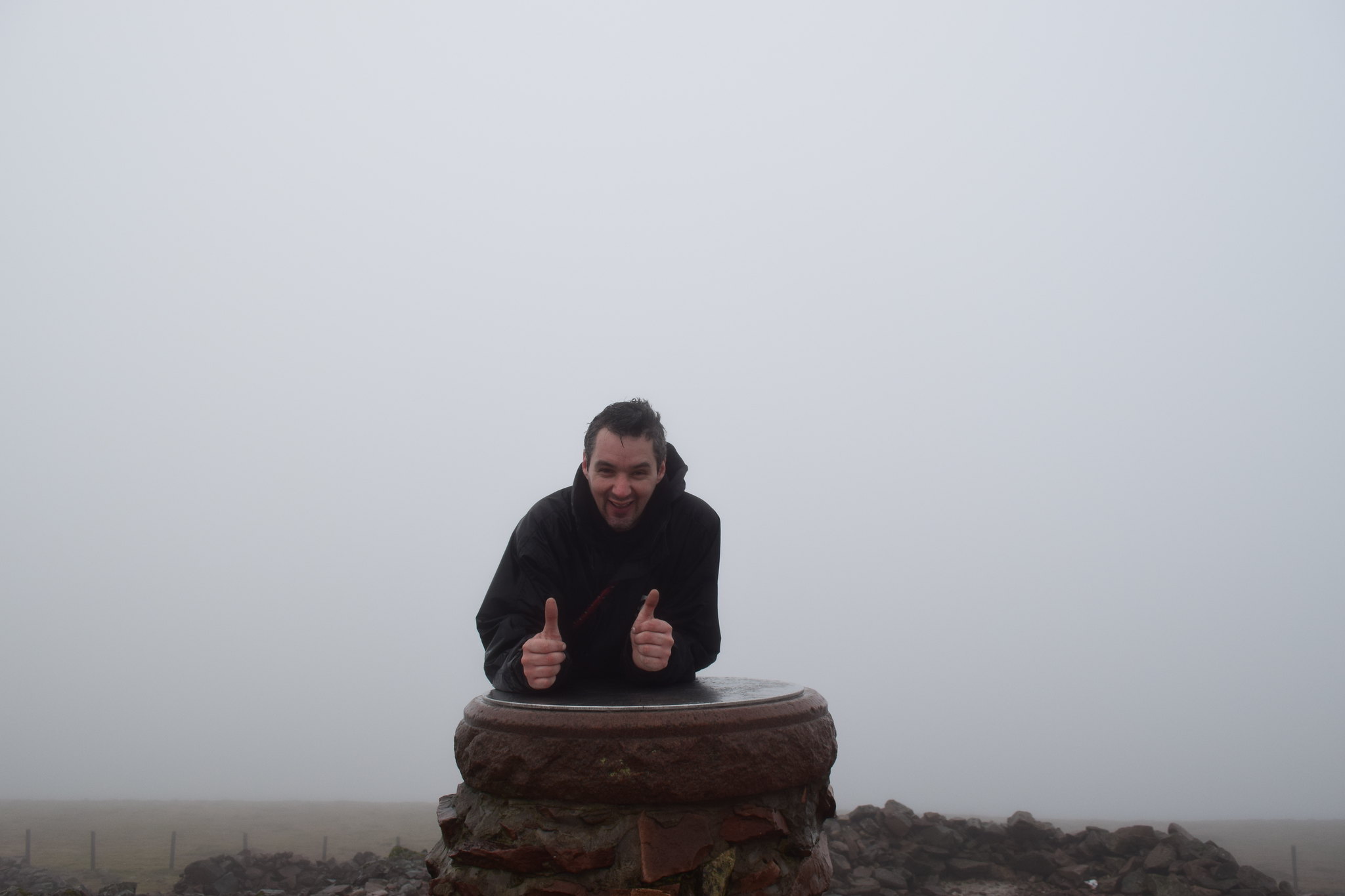 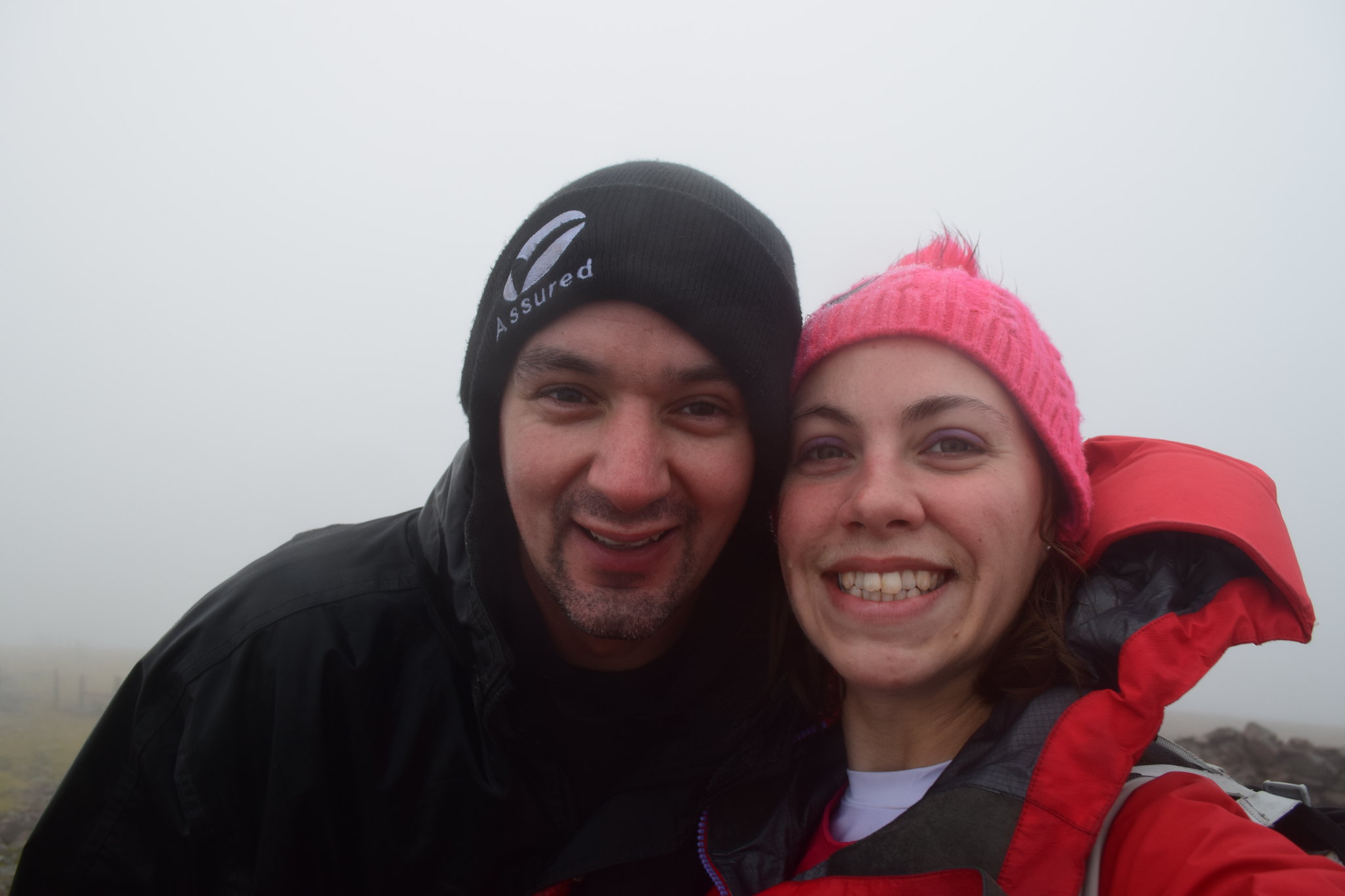 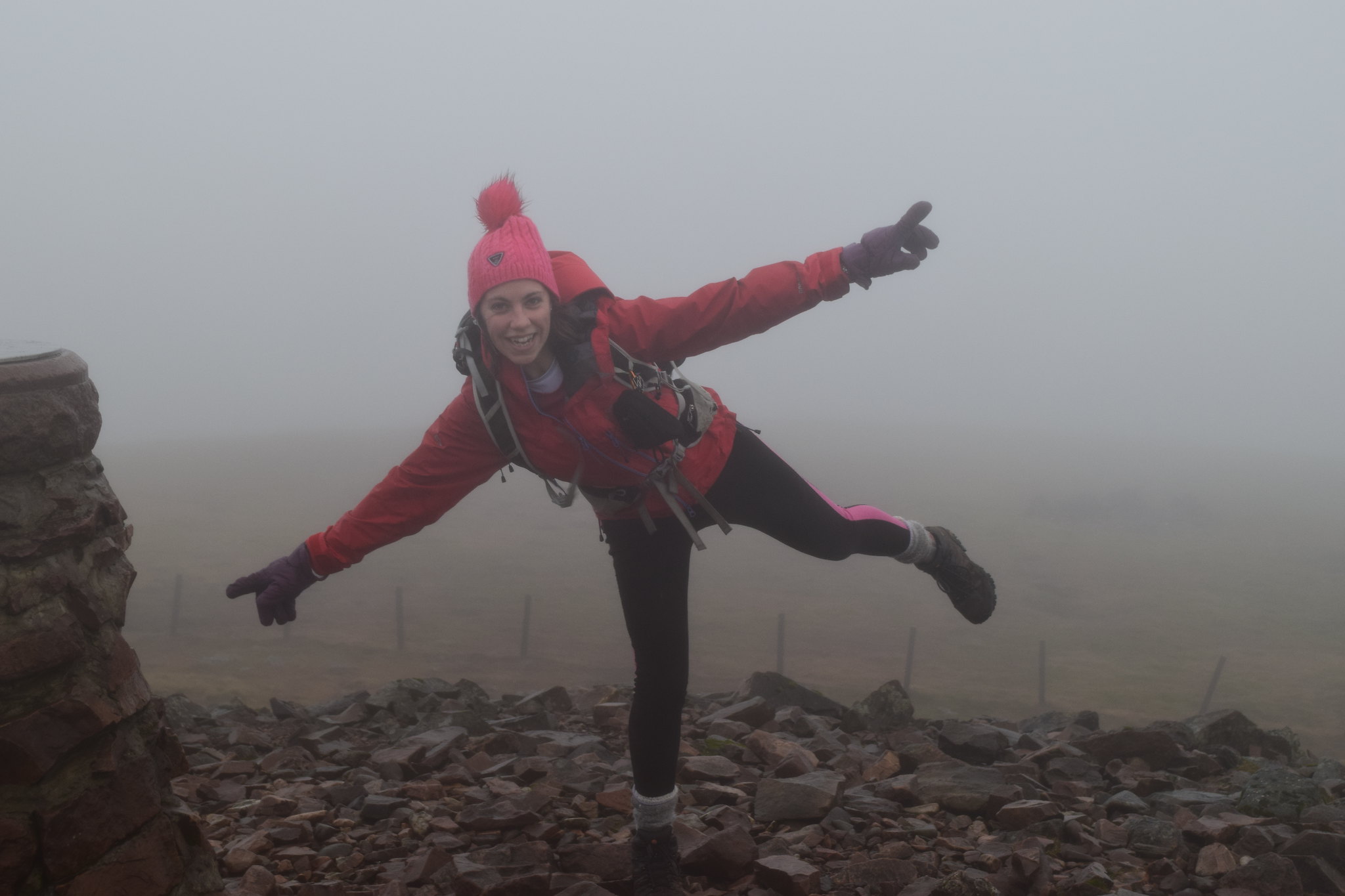 The dogs were cold and damp (the humans weren’t much different!!) and the views didn’t look to be improving any time soon so we headed back down the way we had come up.

The clag actually seemed to have dropped as we walked down! 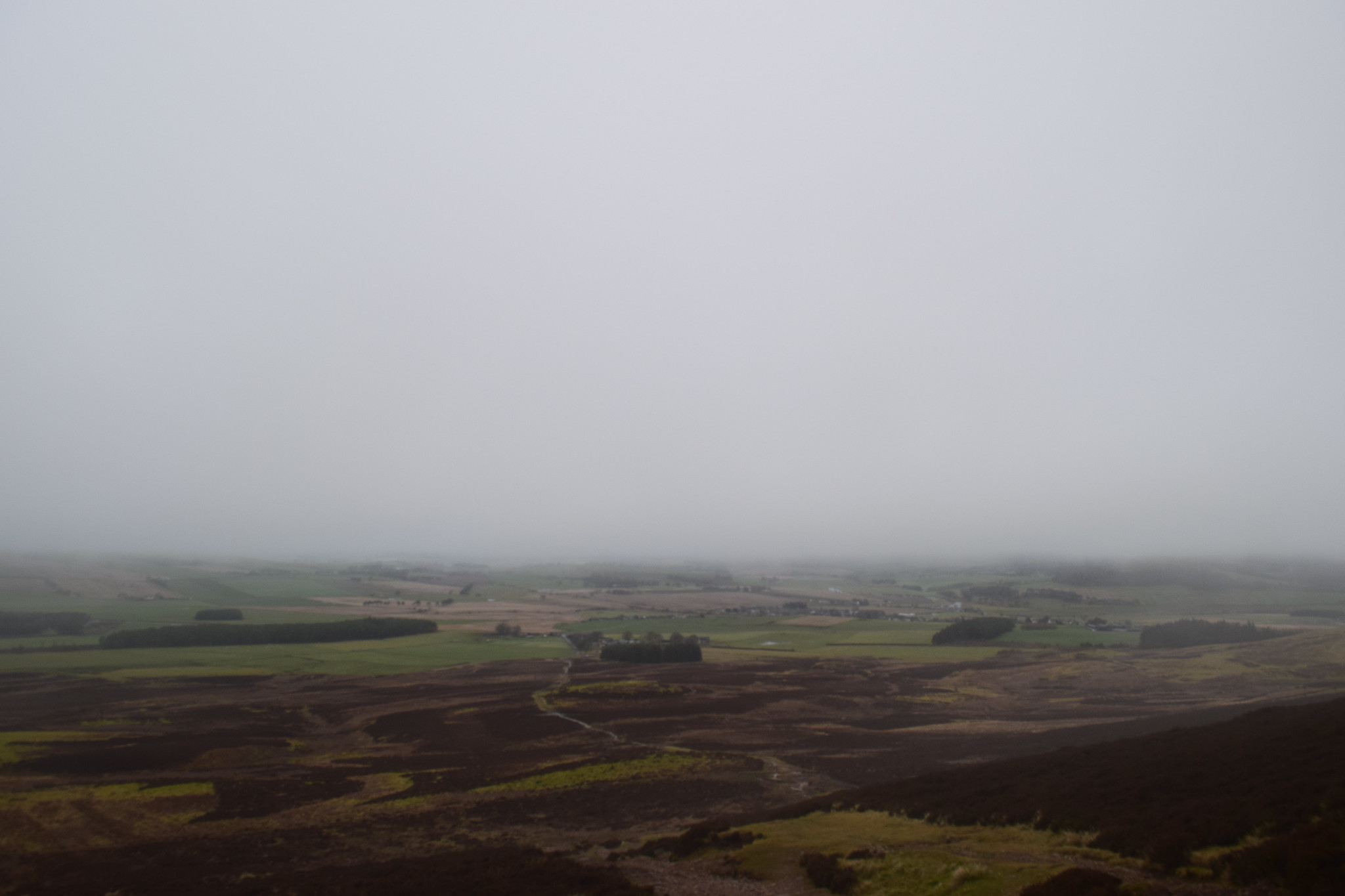 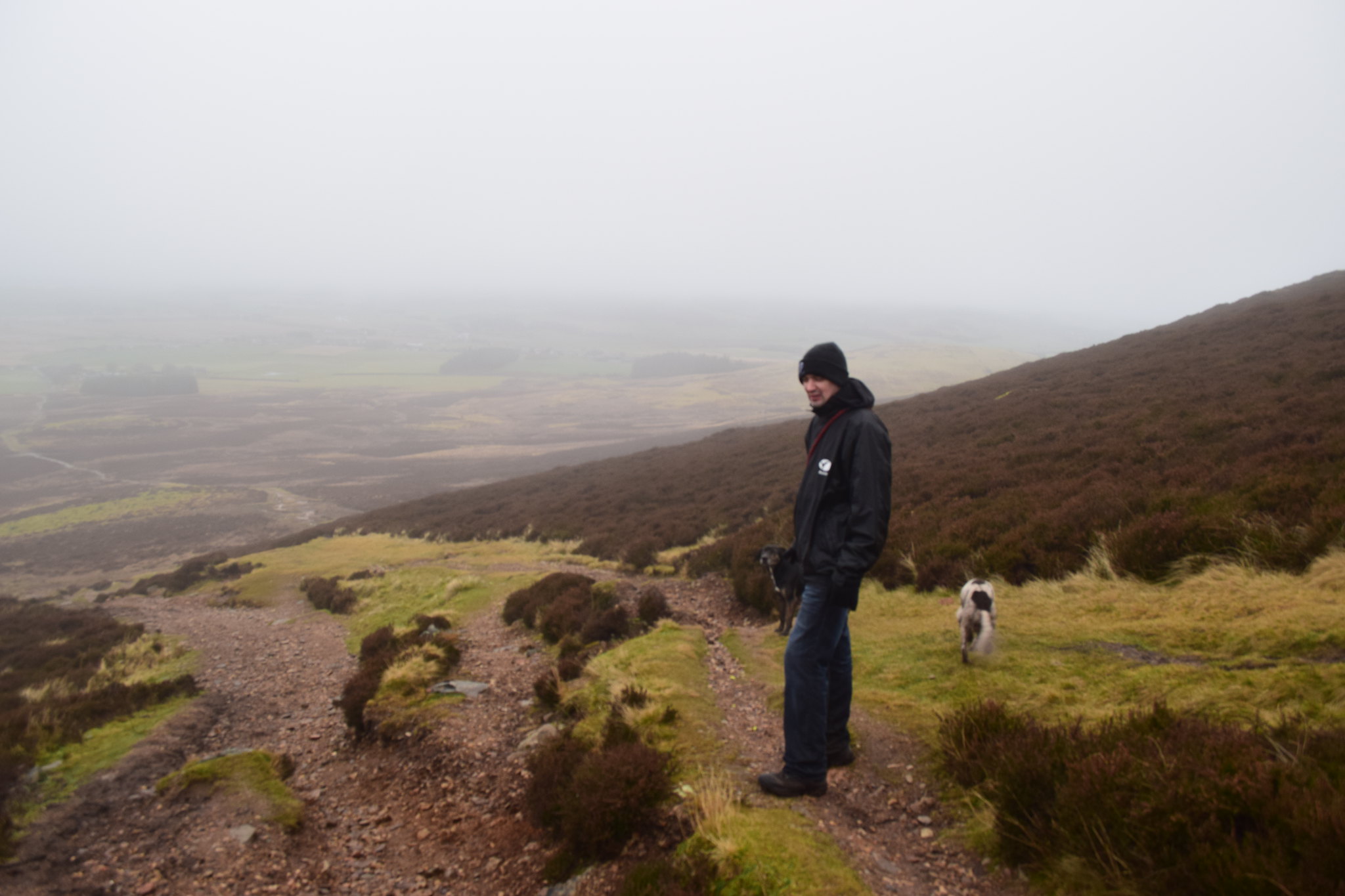 Back at the car we devoured a flask of tea whilst cursing the forecast for being ********! 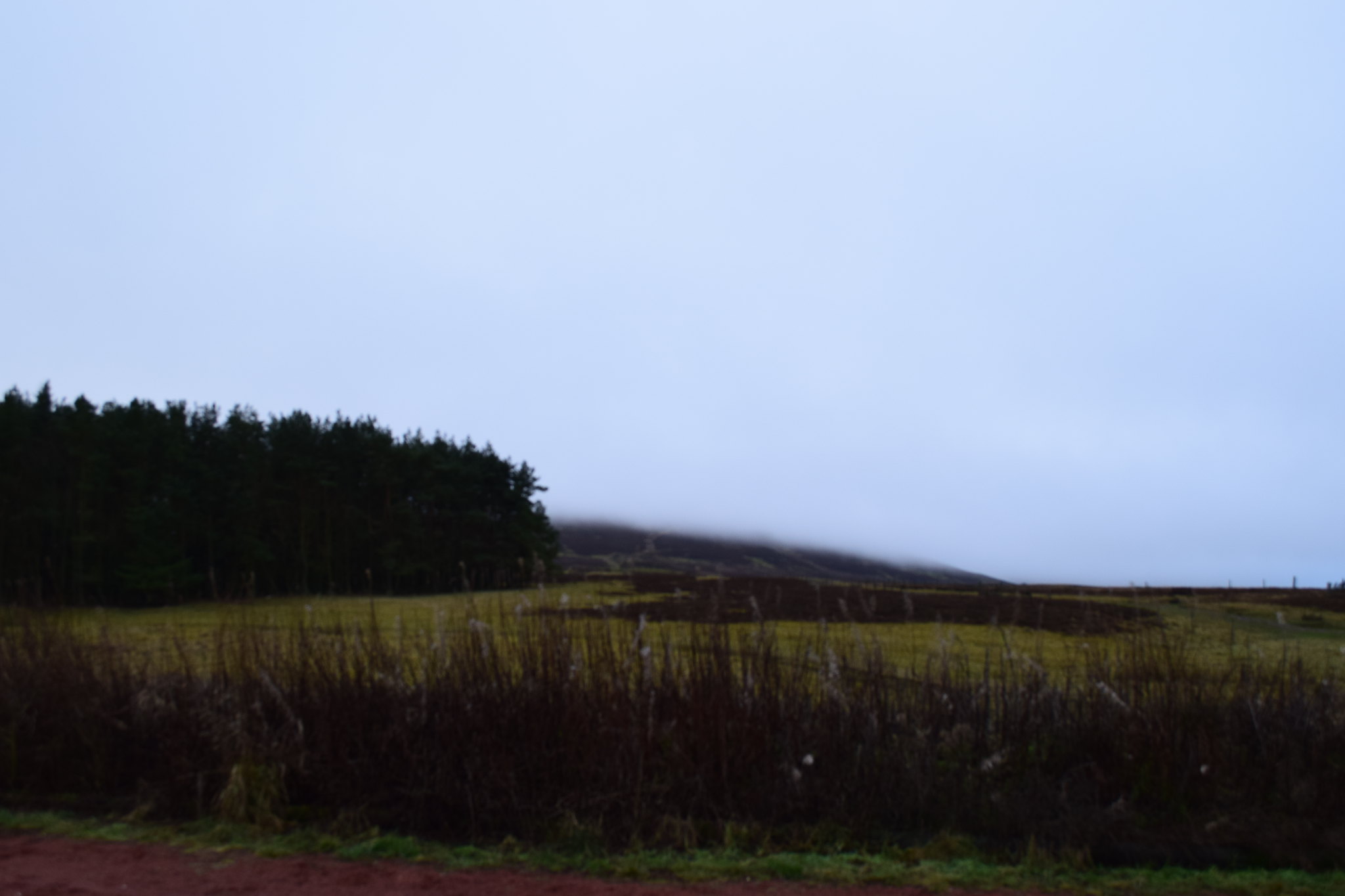 A wee promise of sunshine? 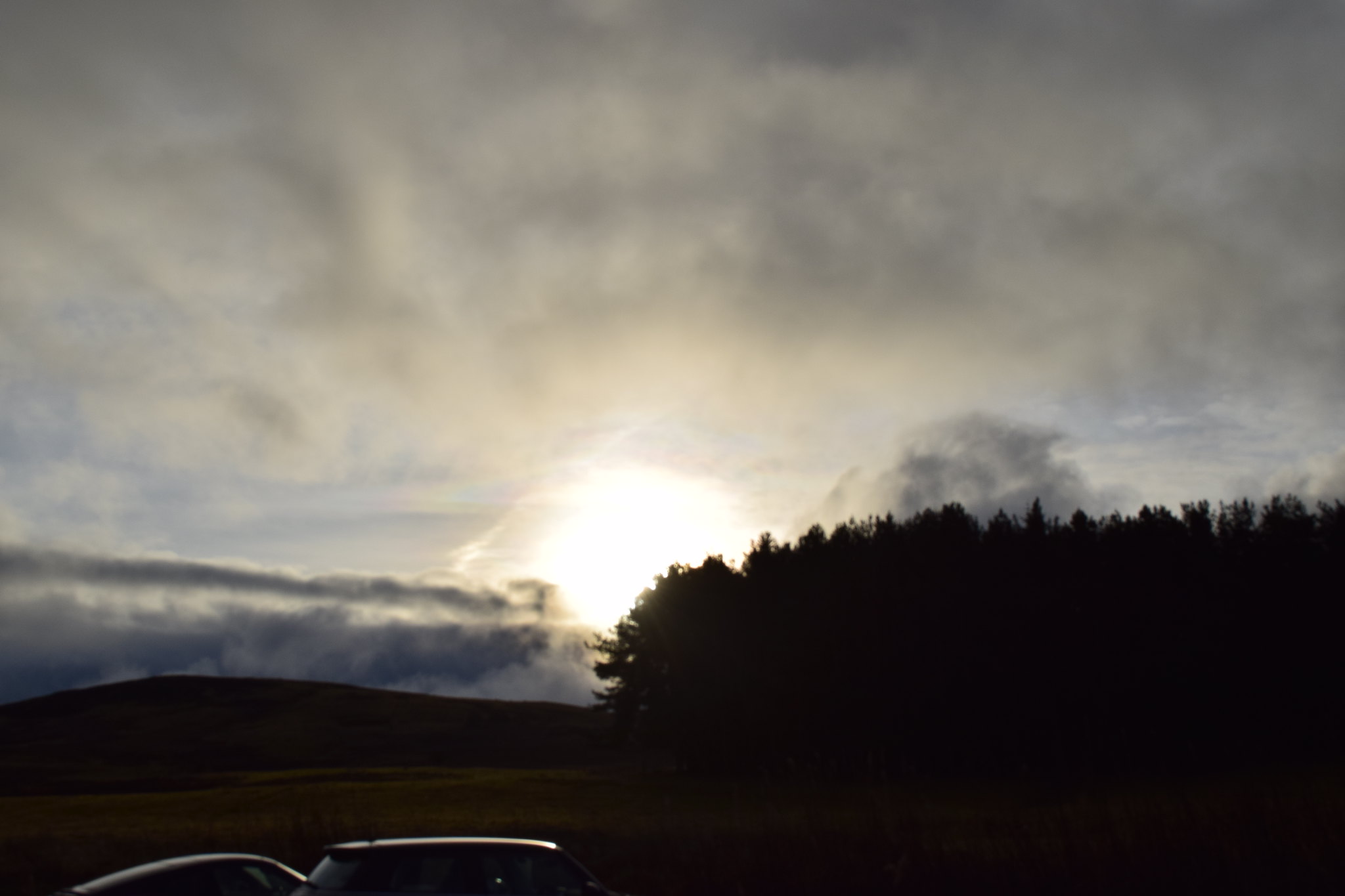 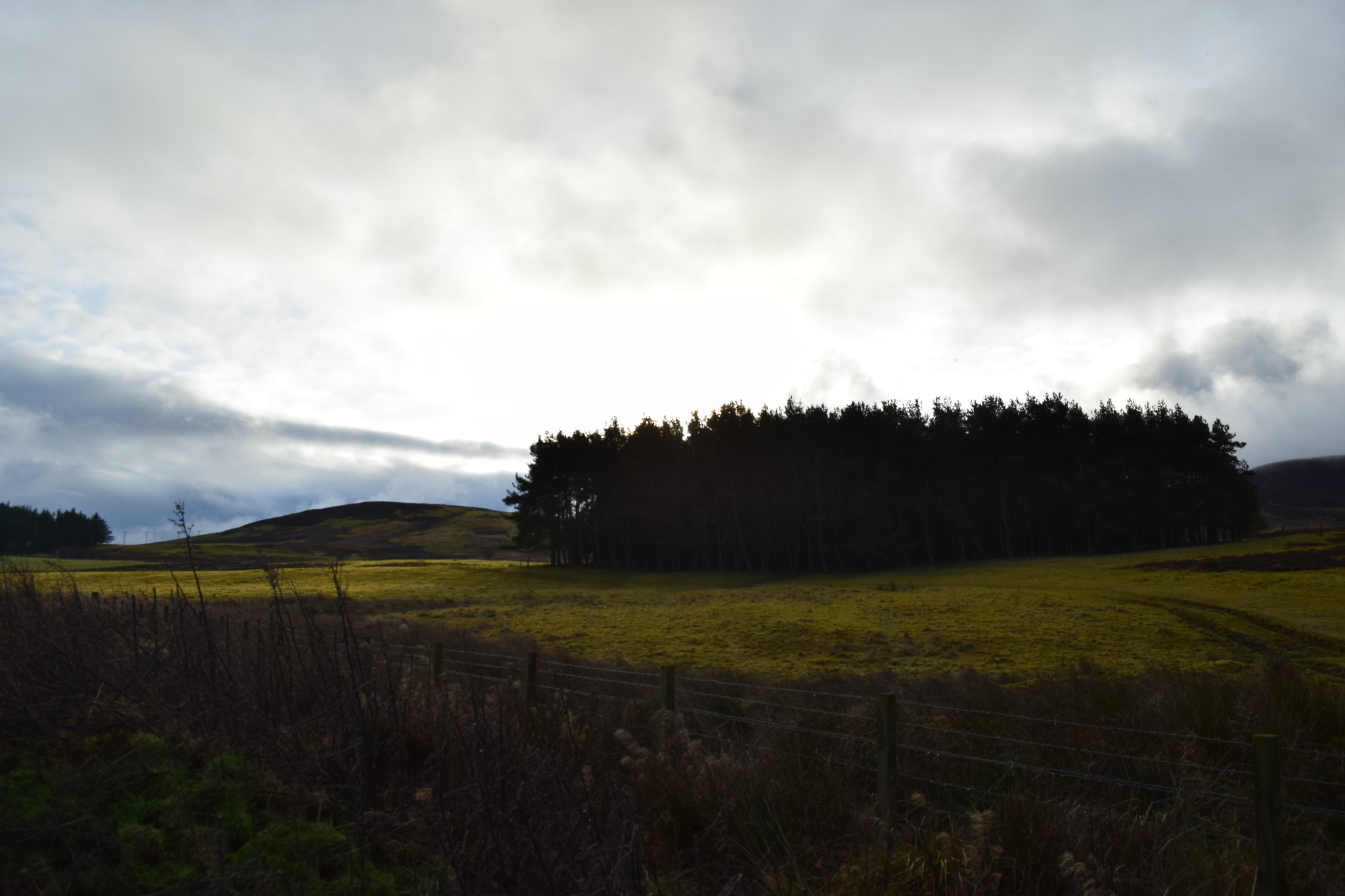 A nice wee morning out – obviously the weather improved as I drove home! 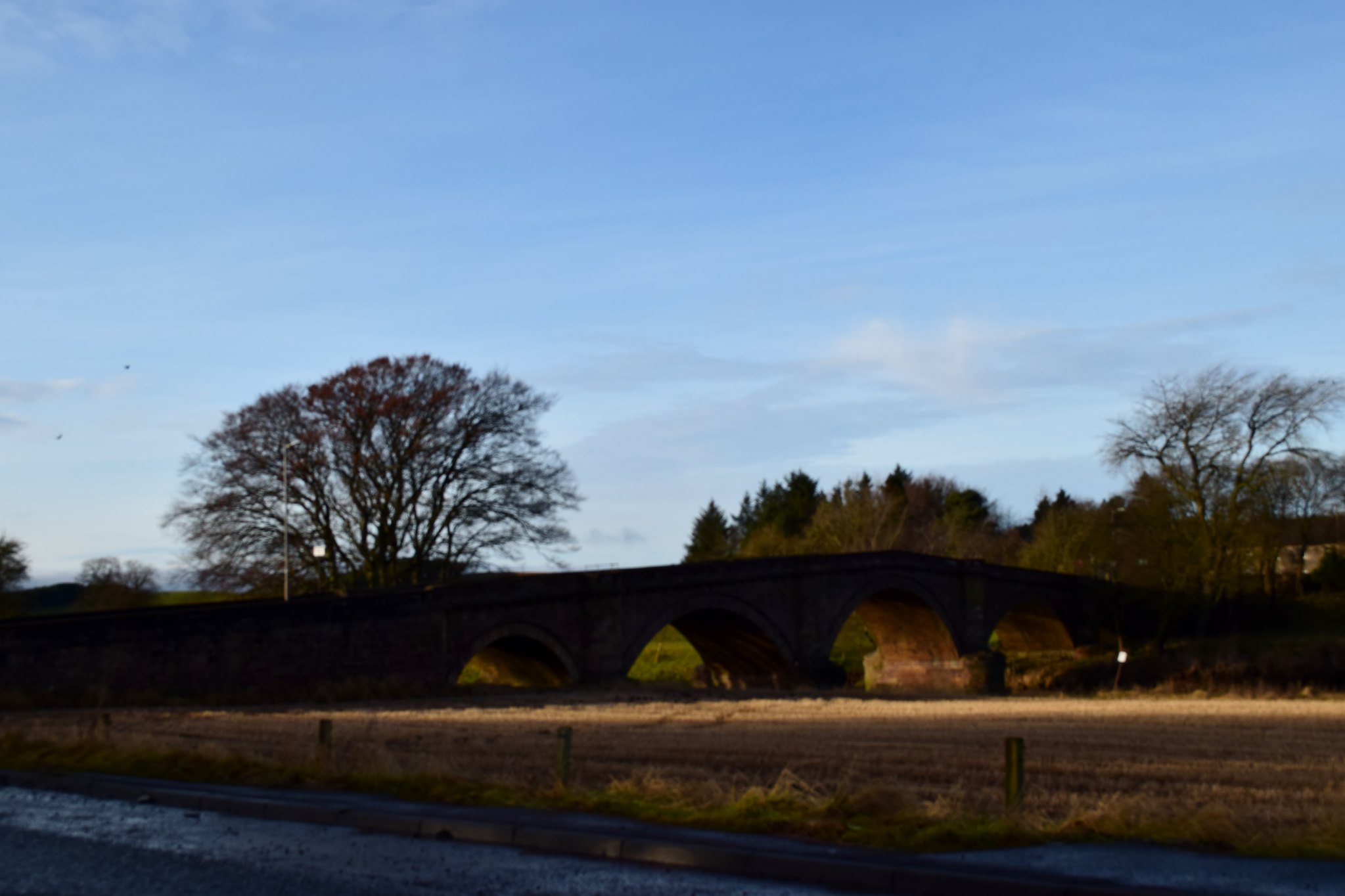 tinto.gpx Open full screen  NB: Walkhighlands is not responsible for the accuracy of gpx files in users posts