The forecast looked fantastic (clear skies were promised...) so we set off early and arrived at Ben Lawers car park for 9:30am, with the intention of traversing the Tarmachan ridge, and bagging my 11th munro, Meall nan Tarmachan. It was pretty cloudy when we set off (but dry at least) and we were treated with stunning views over Loch Long and beyond.

Beautiful start to the start to the day: looking down to Killin and Loch Long from the lower slopes of Meall nan Tarmachan. 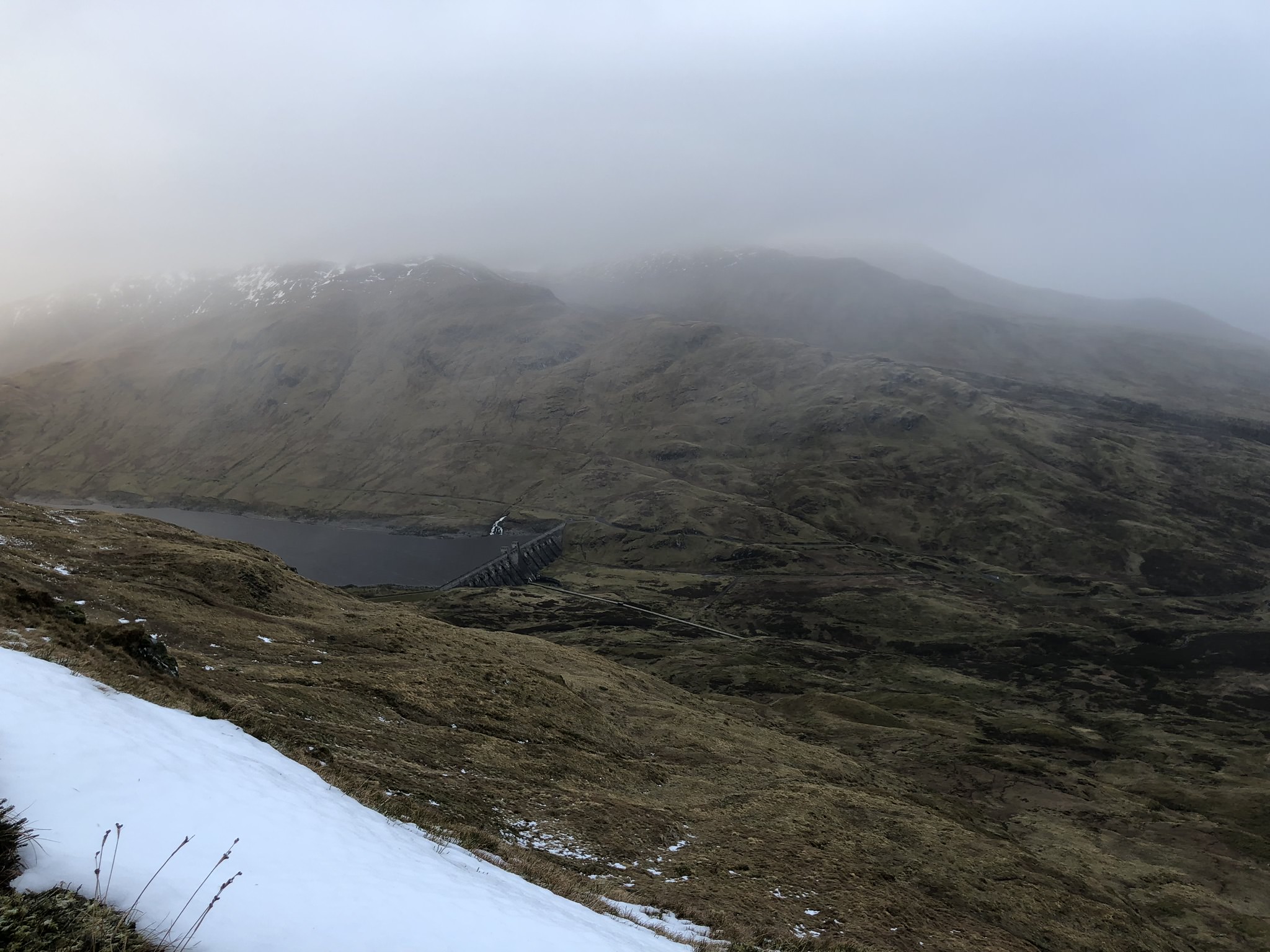 Ben Lawers with his head in the clouds, Lawers Dam & Lochan-na-Lairige reservoir from the slopes of Meall nan Tarmachan 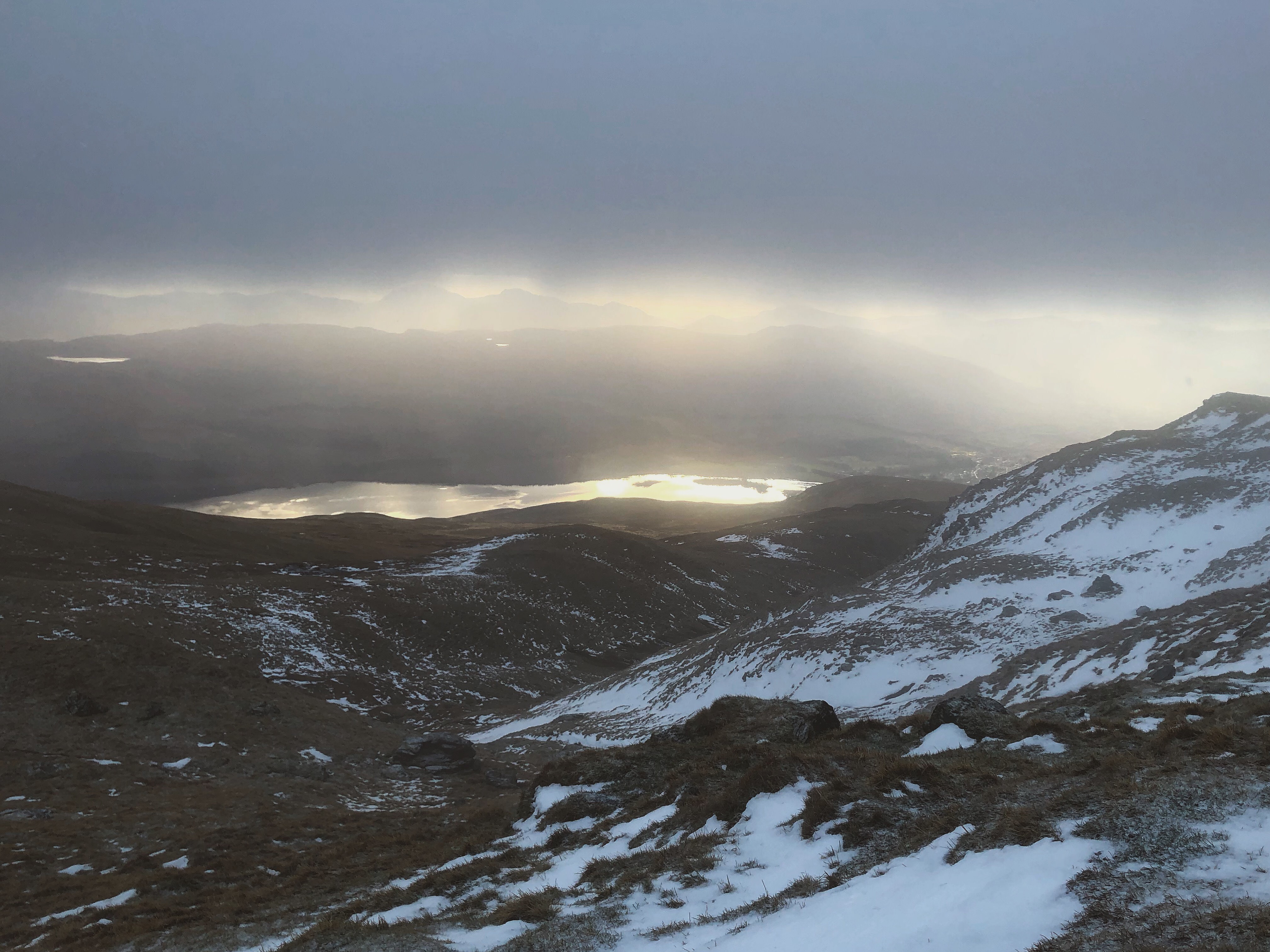 Loch Long and Killin from a little higher up. 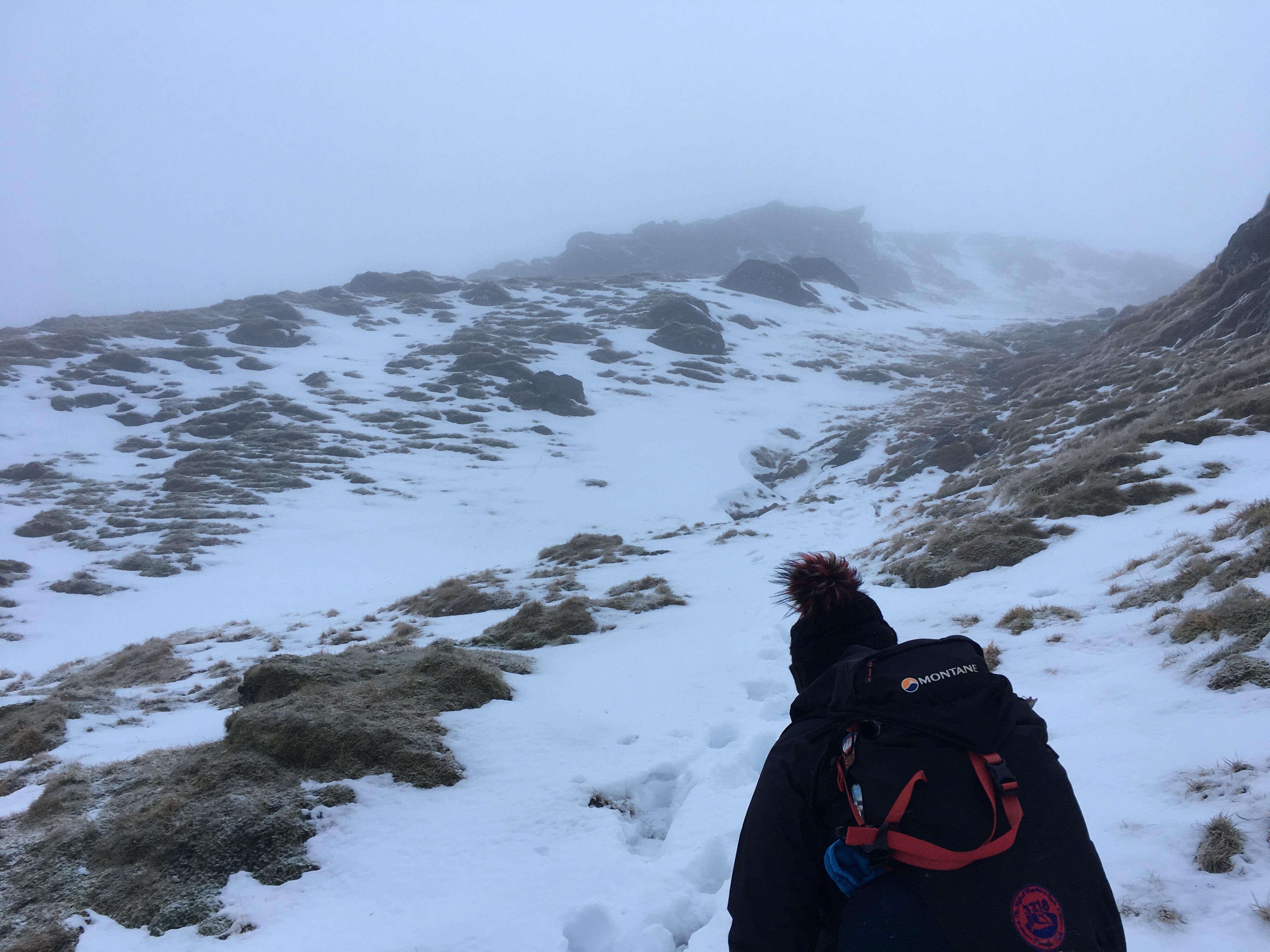 Me and my bobble hat on the ascent. 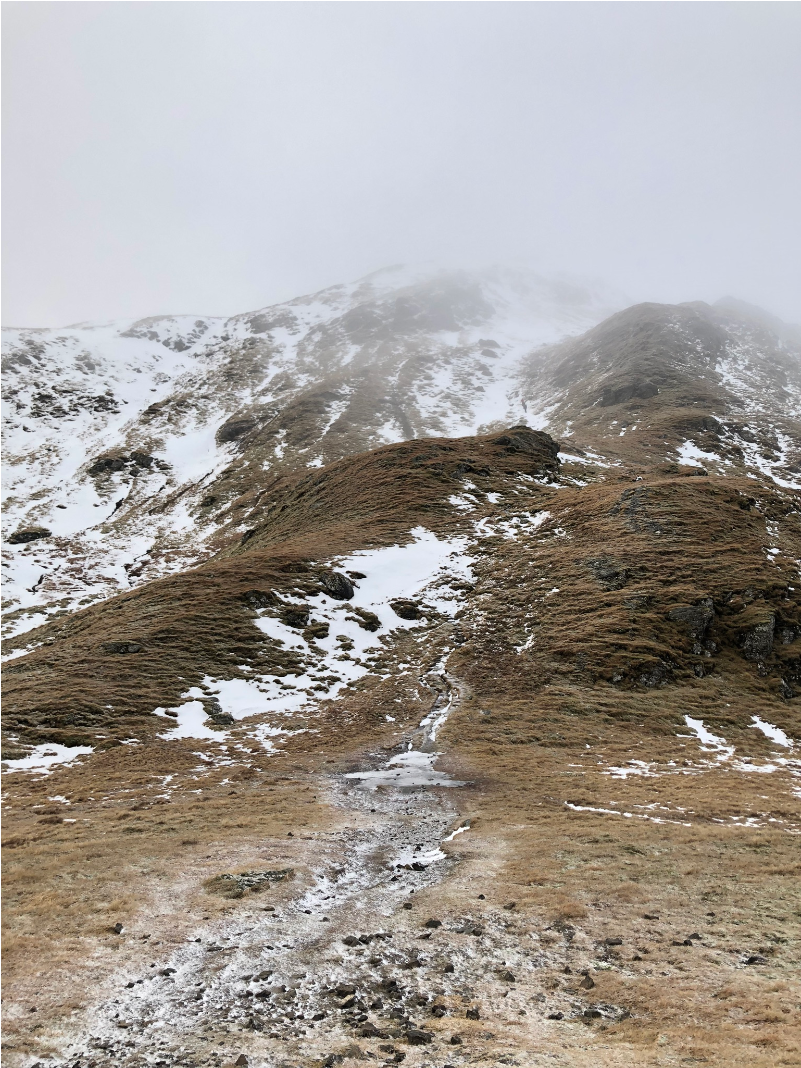 The last little climb before the summit.

About an hour in, visibility became poor and we were quickly engulfed in a wet snow slurry which decided to stay with us for the rest of the day, and even followed us down the car park! It was pretty snowy and icy underfoot which made for a slippery scramble at times, but we made it to the windy, summit of Meall nan Tarmachan after approx. 2 hours.

Really not much to see at the summit, so we decided to call it a day and save the full ridge traverse for a day where the wind wasn't threatening our eyelids and there'd actually be something to see. Despite braving the blizzard and cutting the walk short, it was a Sunday morning well spent! 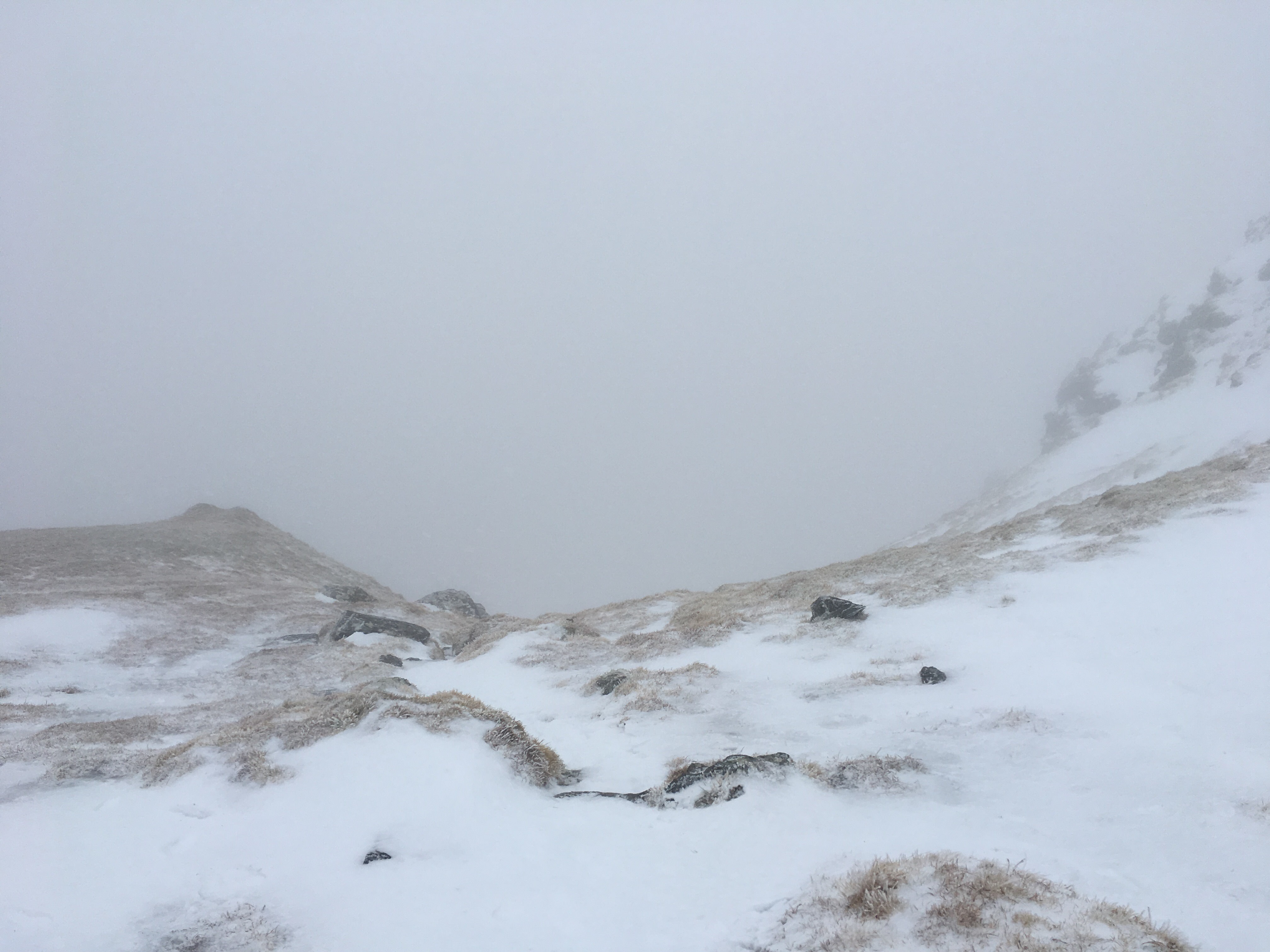 Windy white-out at the summit of Meall nan Tarmachan.