The Beauty of Ben Vane

The Beauty of Ben Vane


The Beauty of Ben Vane

Three weeks after a gentle saunter up Ben Vorlich I was back at Inveruglas ready to tackle Ben Vane, this time with Eilish. Originally the ideal plan was to do both Vorlich and Vane in one day, that didn’t materialise. As we were already down in Glasgow seeing funny man Kevin Bridges on the Saturday it made sense to get out on the Sunday rather than lounging about in bed all day – well it made sense to me, not so sure what Eilish thought…

The temptation was there to lay in bed on this particular Sunday after a couple of overpriced Hydro pints, but I am glad we didn’t. We were treated to spectacular weather, arguably almost perfect for the time of year. The walk itself was as you’d expect; relatively uneventful and I don’t have much to add without over exaggerating a nice easy day walk with tremendous views. Nevertheless, in a quest to complete a Walk Report for each Munro I do, here we go.

When we set off it was almost overcast and clear that Autumn was well and truly in power. Just what we need, a strong and stable Autumn. 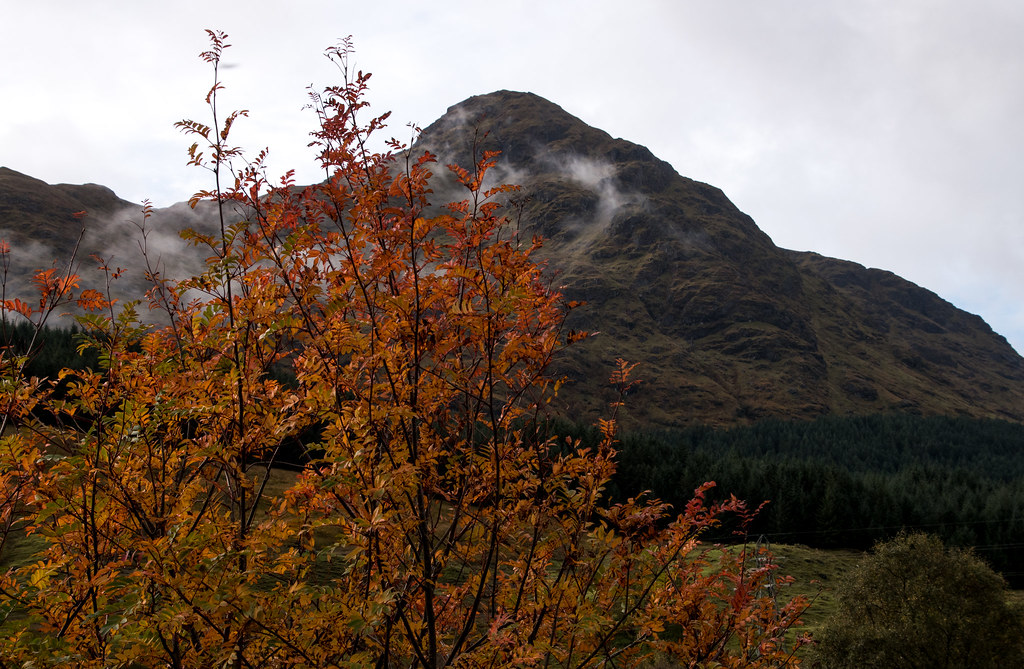 Every so often the cloud would tempt us 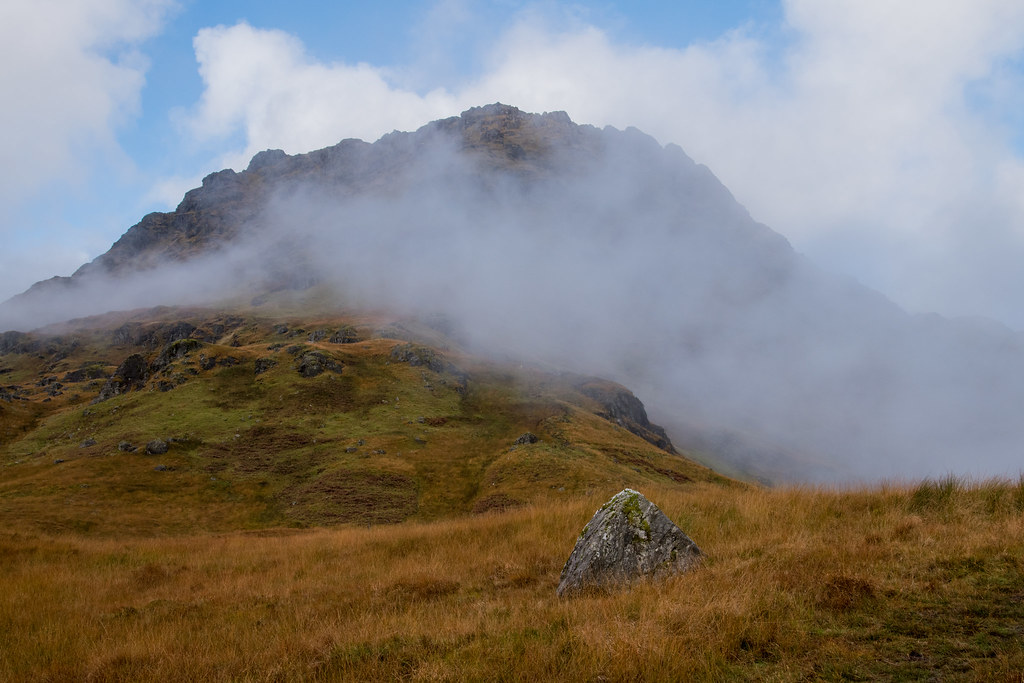 Being the gentleman and testing the bog… Yep, it’s boggy. 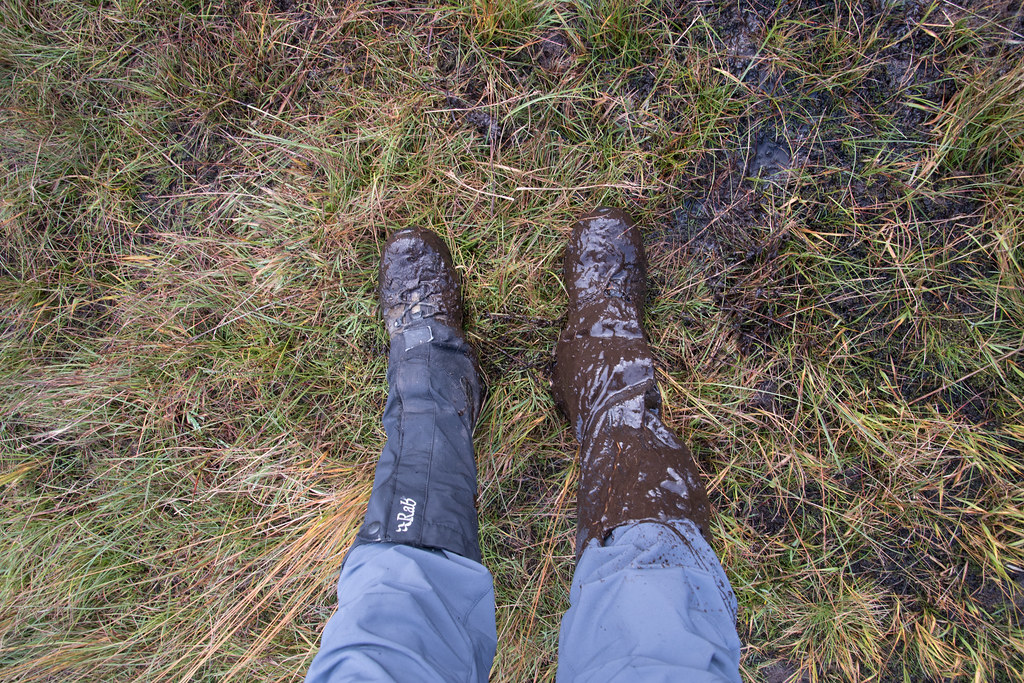 As we began to gain a bit of height the clouds very politely began to part and some lowered down into the glen. 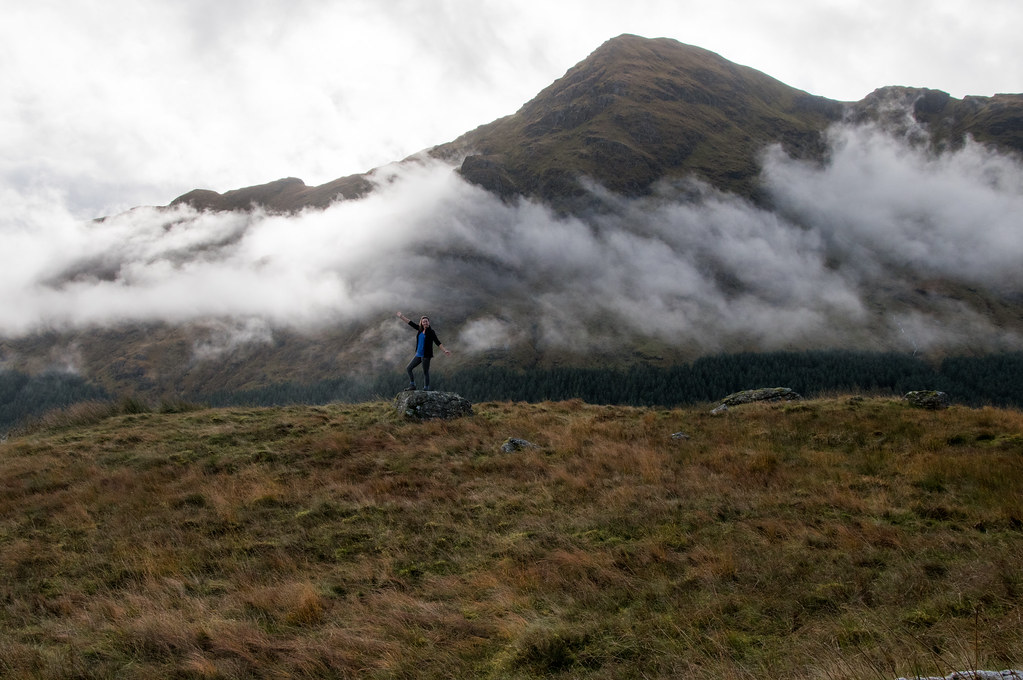 Loch Lomond in foreground, then Loch Arklet and Loch Katrine barely visible in the background? 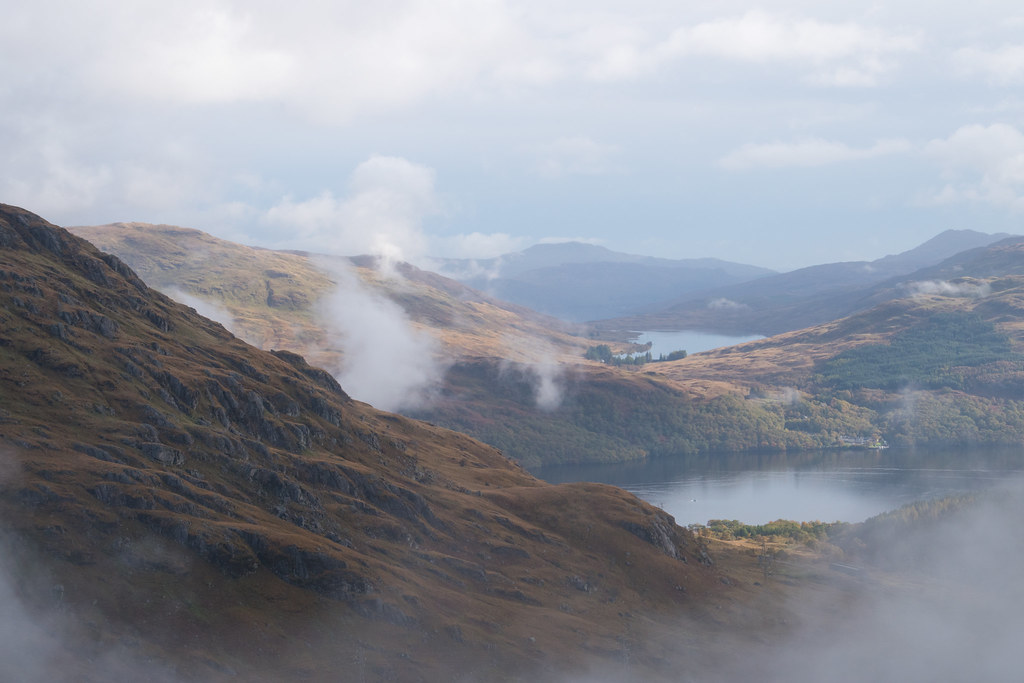 I love that above photo, it was as if the cloud framed the perfect view combined with nearly hiding the electricity works at the bottom right…

Even although there was swirling low lying clouds they didn’t seem to detract from the views and almost certainty added to the atmosphere. 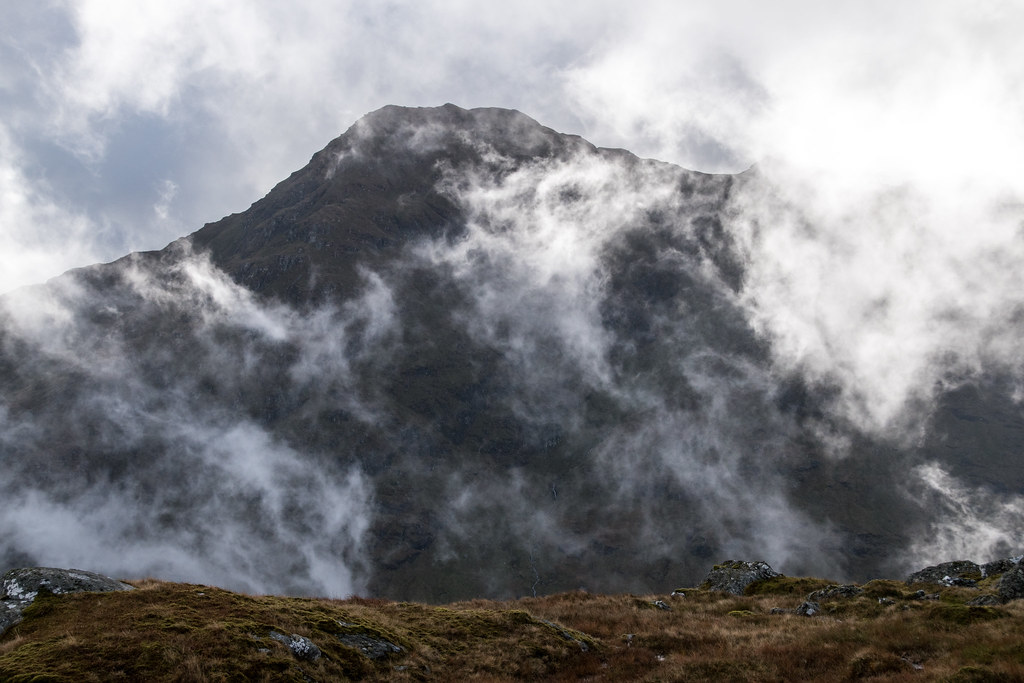 “You said there wasn’t ANY scrambling!!!” 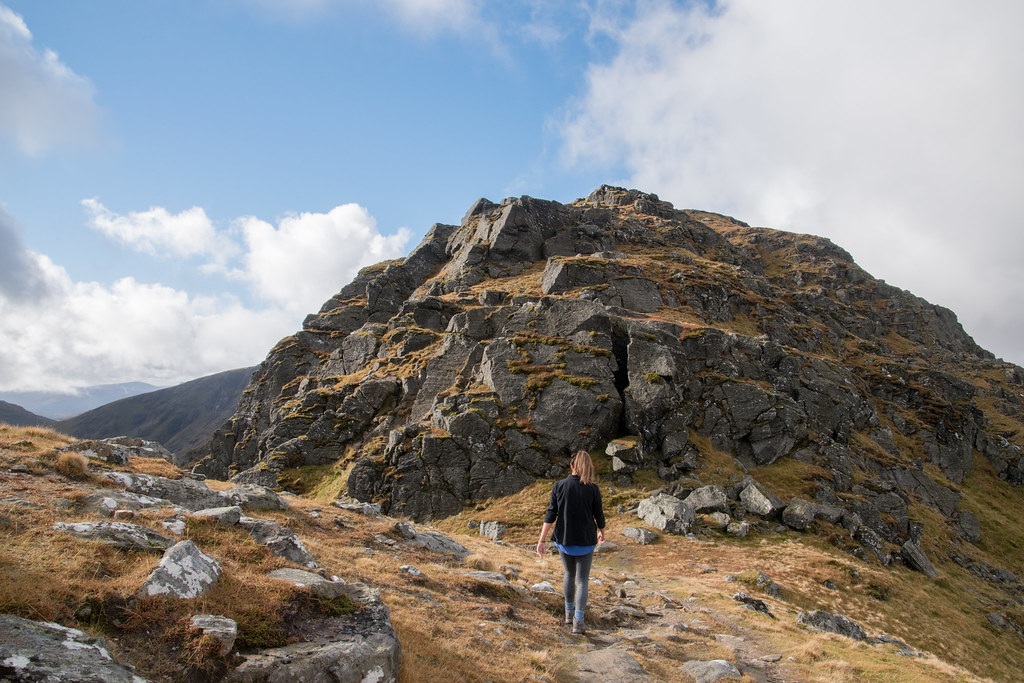 Looking toward Beinn Ime from the summit 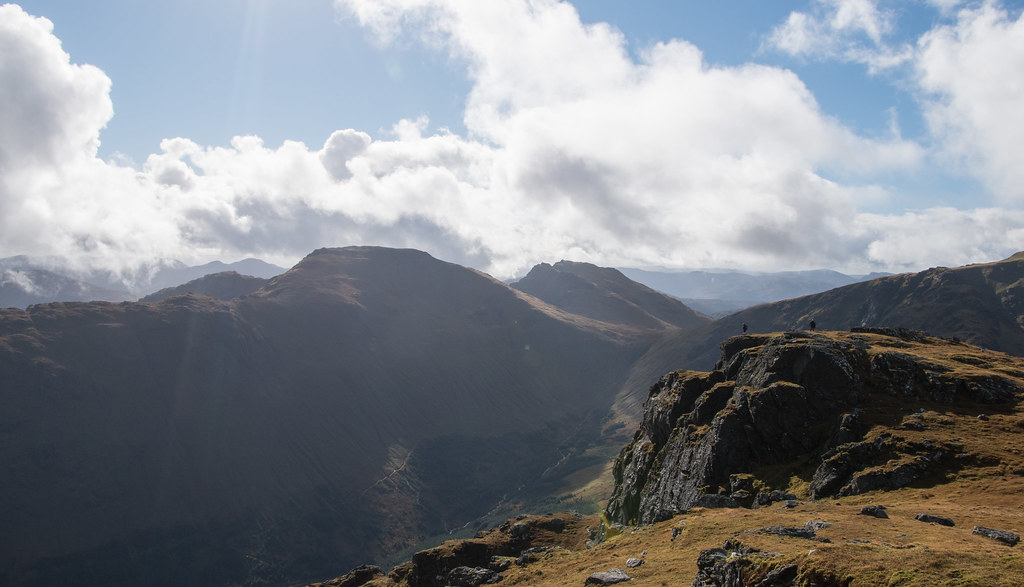 We perched at a very quiet summit given the cracking weather and tucked into our lunch (maybe everyone was on Ben A’an… or feeding deer in Glen Etive). I said the outing was uneventful but the sandwiches kindly crafted by Eilish’s Dad were a class above my typical 50p ham and cheese or peanut butter rolls – perfect moisture to meat to crunch ratio. 10/10. “Crafted” is not overexaggerating, I have never seen so much effort going into a sandwich. A retirement gig in Subway was suggested but I dread to think of the queues…

What a photogenic dog 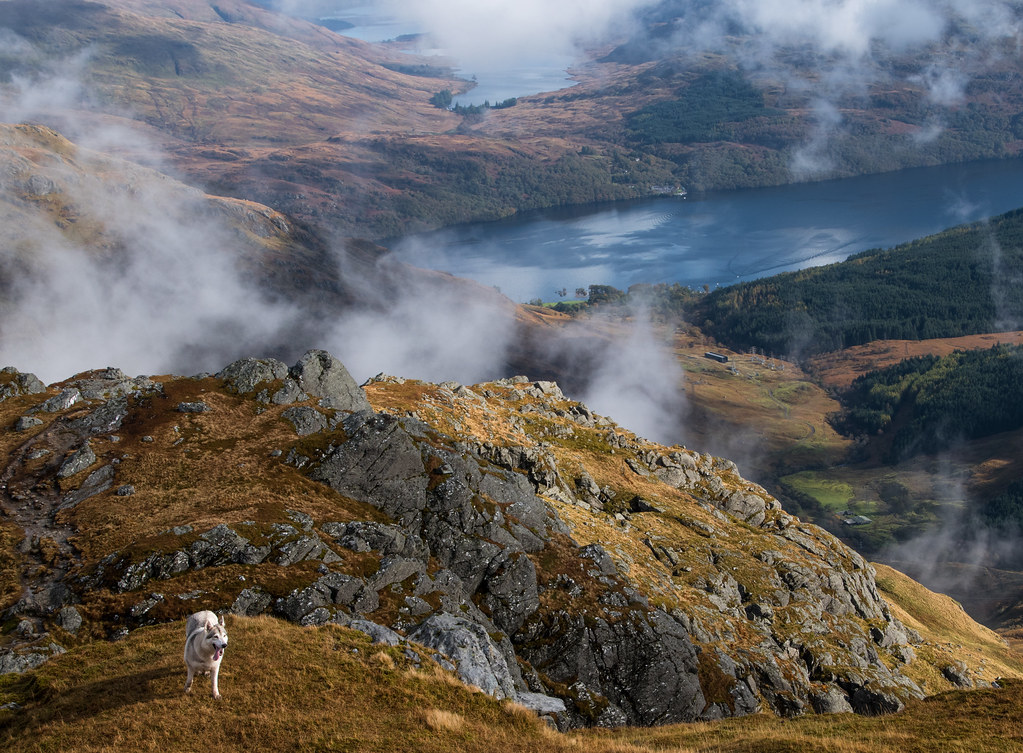 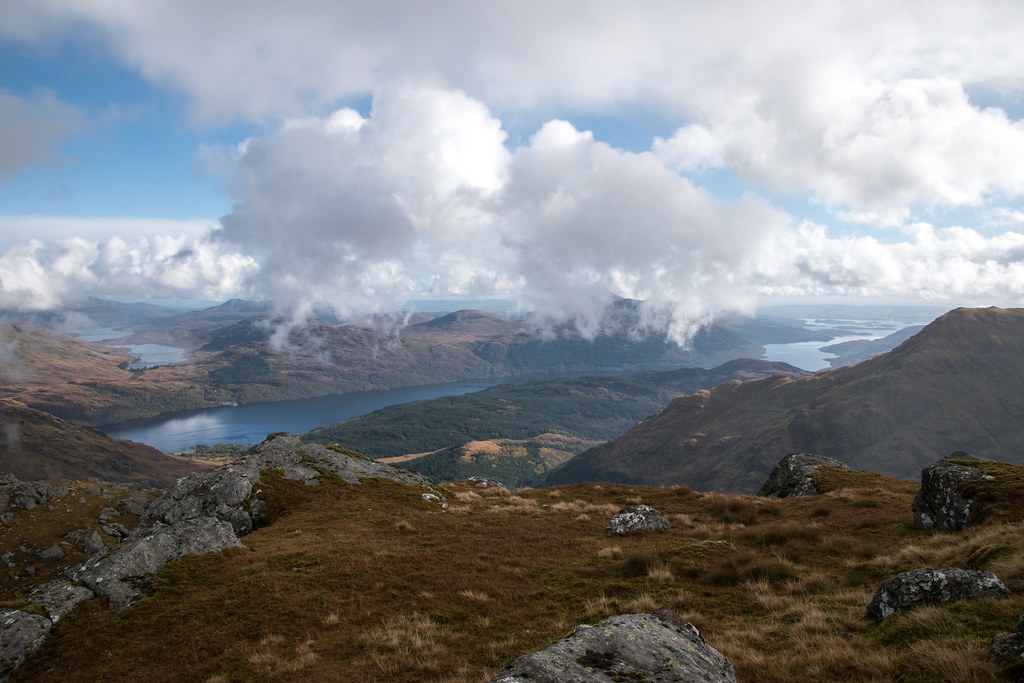 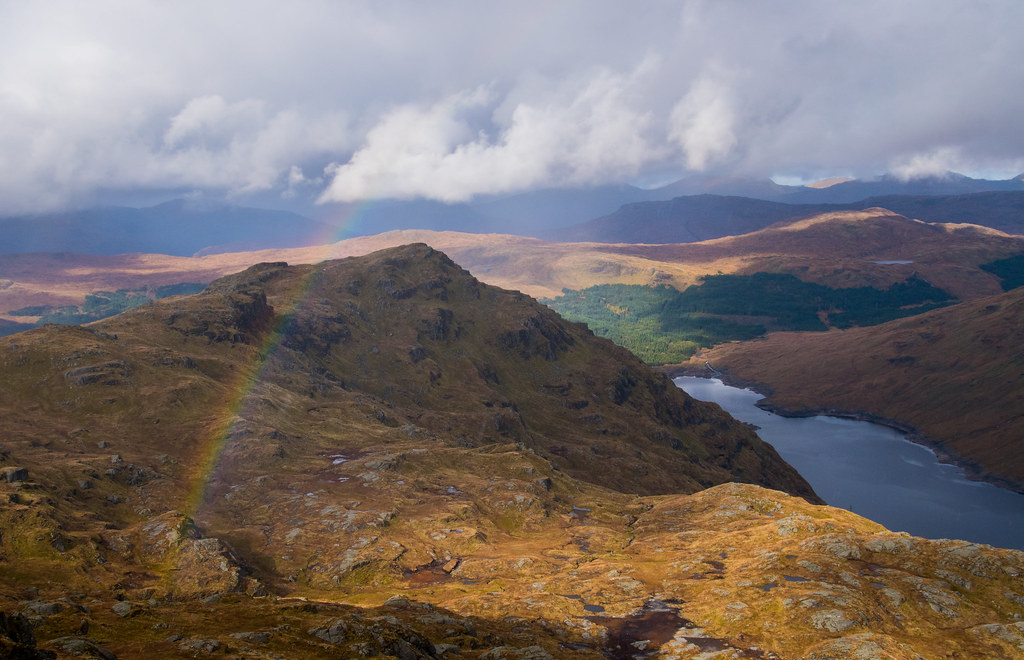 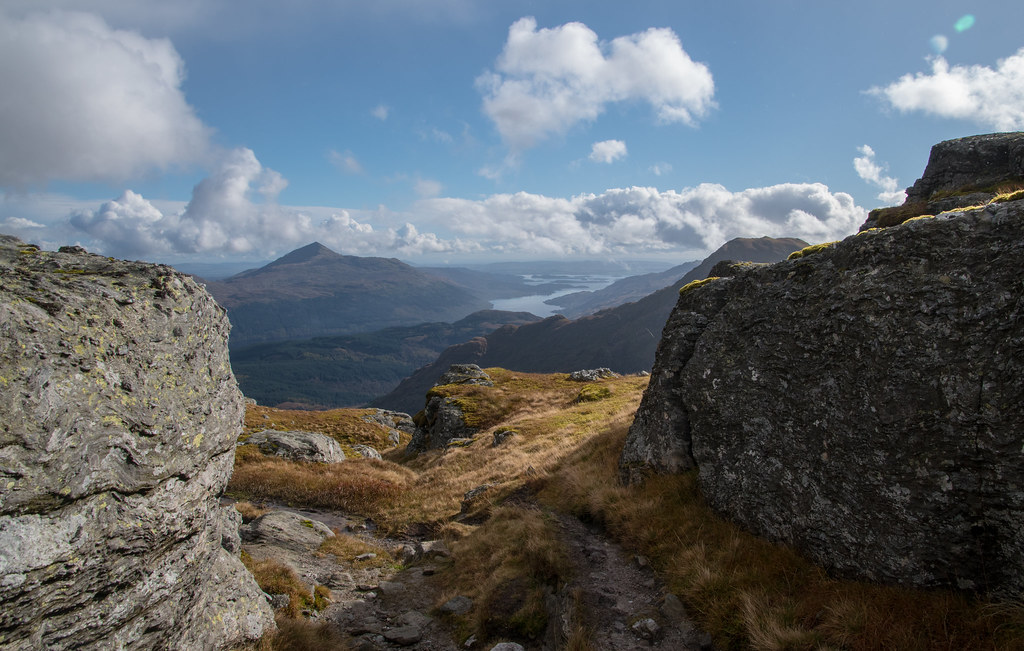 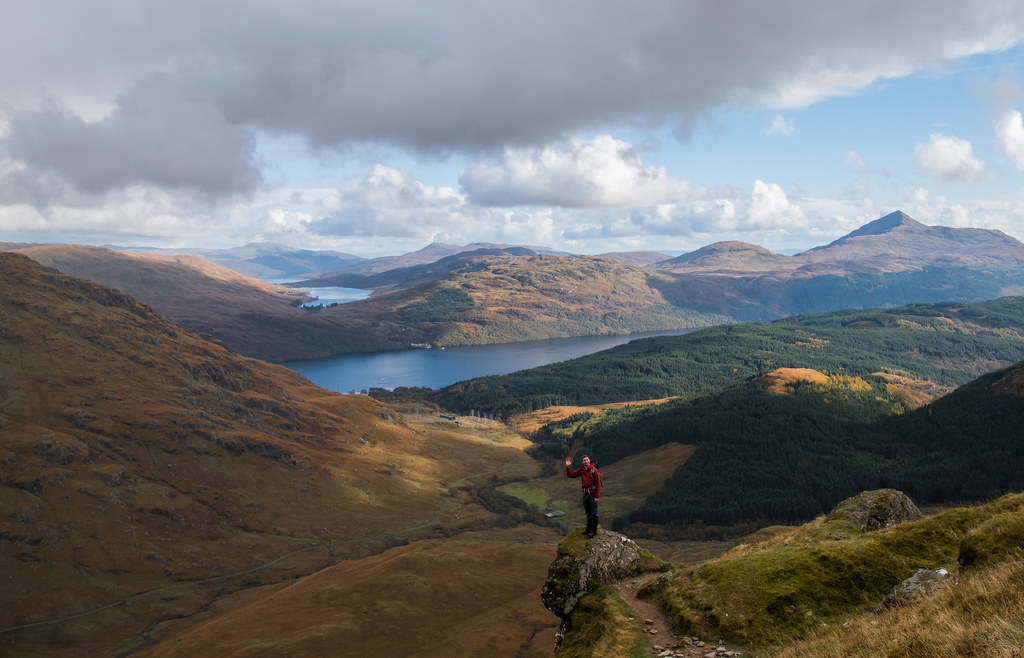 The overcast day had long gone 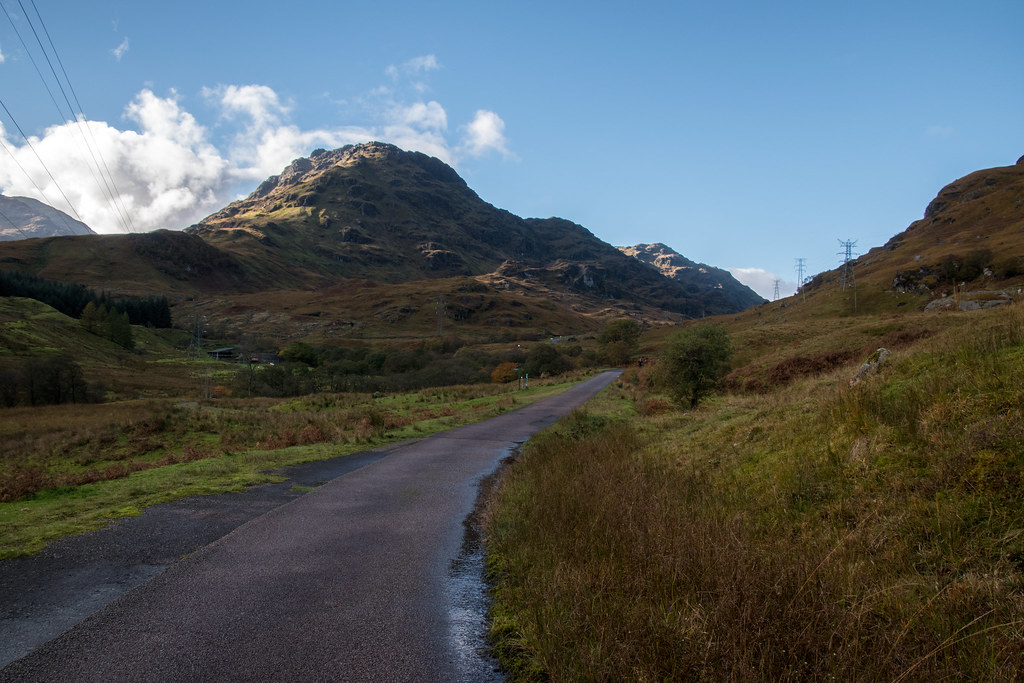 Looking back at these photos as I “desperately” try and catch-up on old outings it really was the right decision not to try and cram Ben Vorlich and Ben Vane into one day. In two separate outings I got the best of both hills and played it easy on my legs, plus two days in the hills is always better than one!

Thanks for looking at the photos.