Perfect Lighting for the Glen Lochay 2

Perfect Lighting for the Glen Lochay 2


Perfect Lighting for the Glen Lochay 2 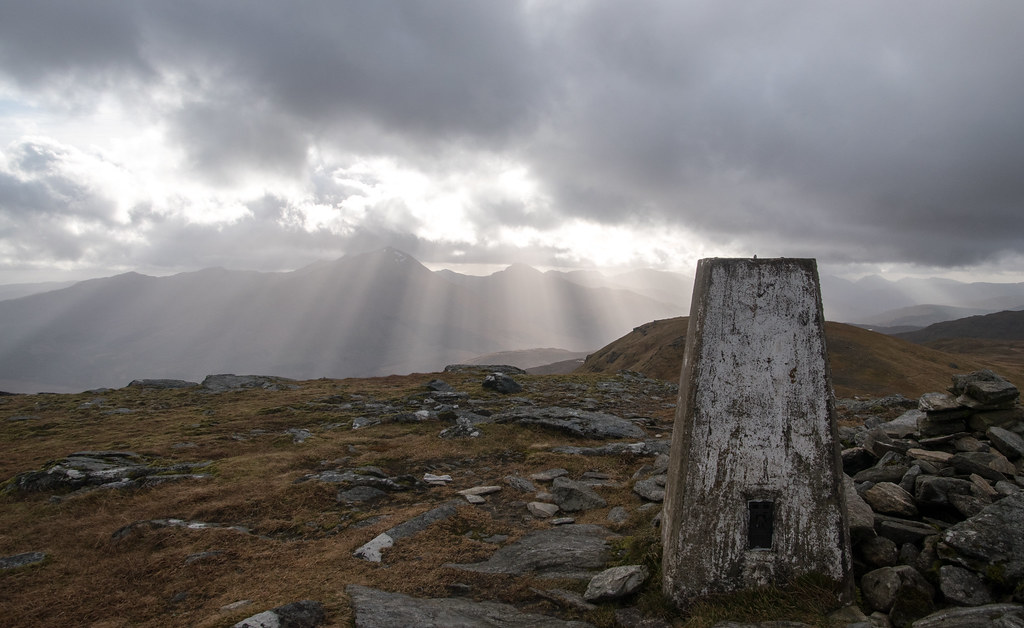 Andrew and I set off very early doors from Aberdeen to tackle the Glen Lochay 2 (Sgiath Chuil and Meall Glas) at the start of November. Our first intention was to take the bivi bags and find some shelter on the route up Sgiath Chuil but a horrifically windy and wet weather forecast scuppered this plan. Although I think Andrew was keen, I fancied a good sleep - even if it did mean leaving at 05:30.

We arrived and were off walking by 09:15. It was dry, and this was better than had been forecasted.

Truthfully, I can’t remember why I decided to do these from Glen Lochay instead of Glen Dochart, but I liked the Glen Lochay way. 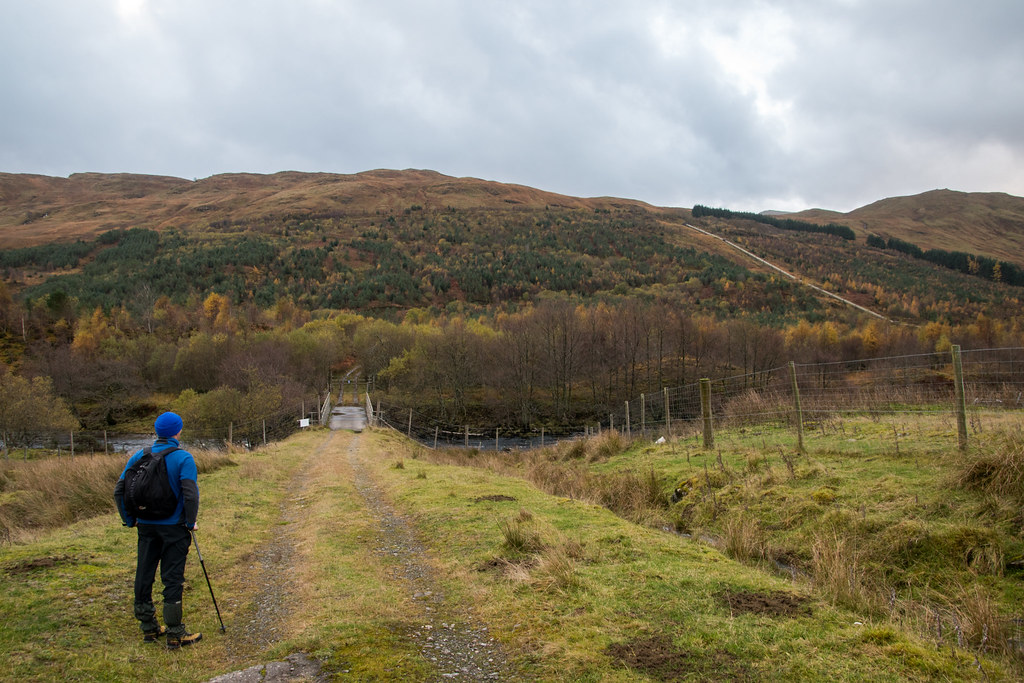 Our decision was to cross the bridge over the River Lochay before the pipeline to avoid potentially getting our wet feet on the way up. We were happy in the knowledge that we might have to get boots off on the way back, as per the recommended Walkhighlands route. But wet feet never matter when you are finishing.

One heck of a pipeline 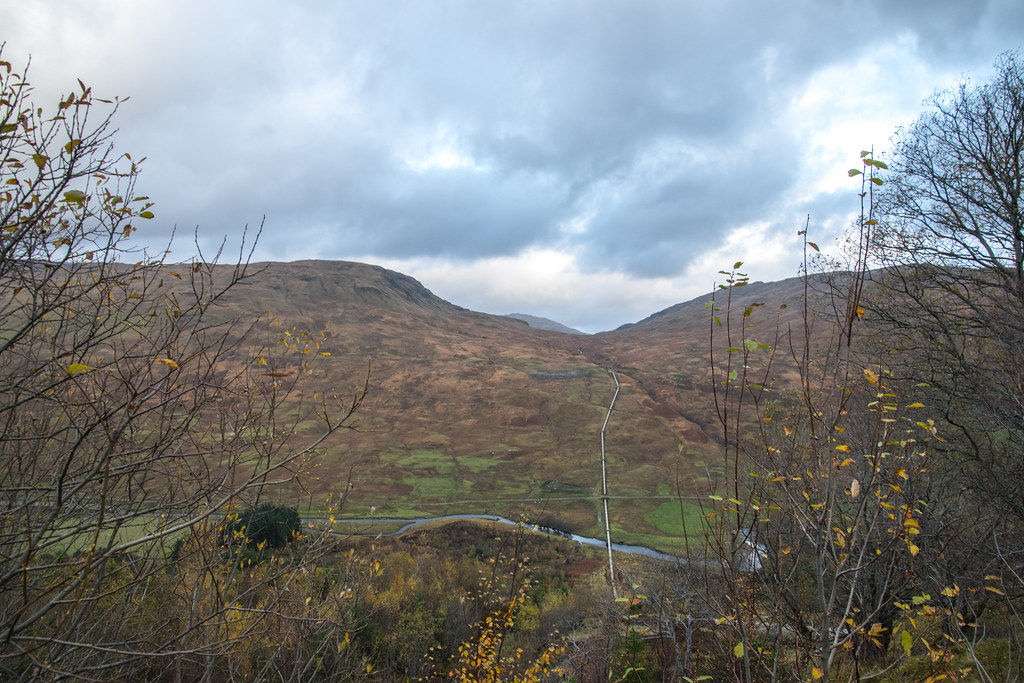 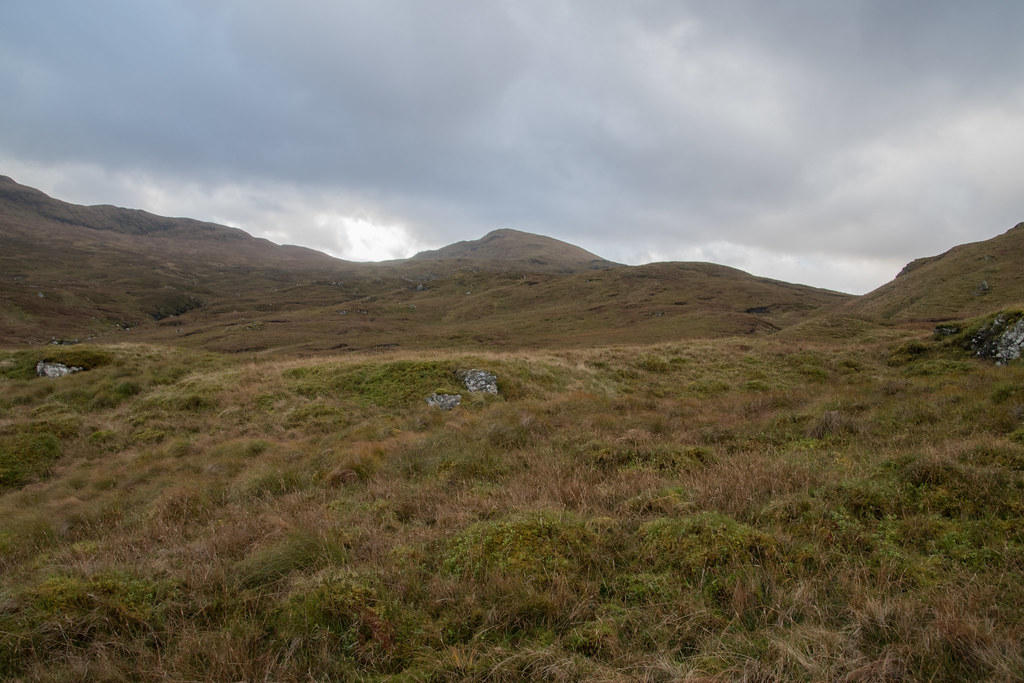 Looking back towards Meall Taurnaigh (possibly) 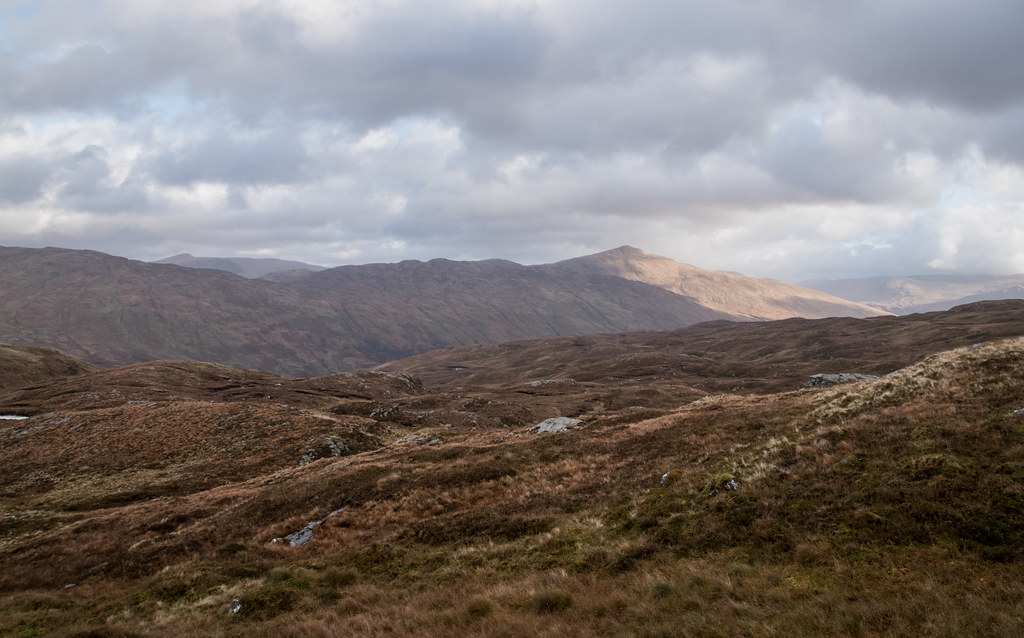 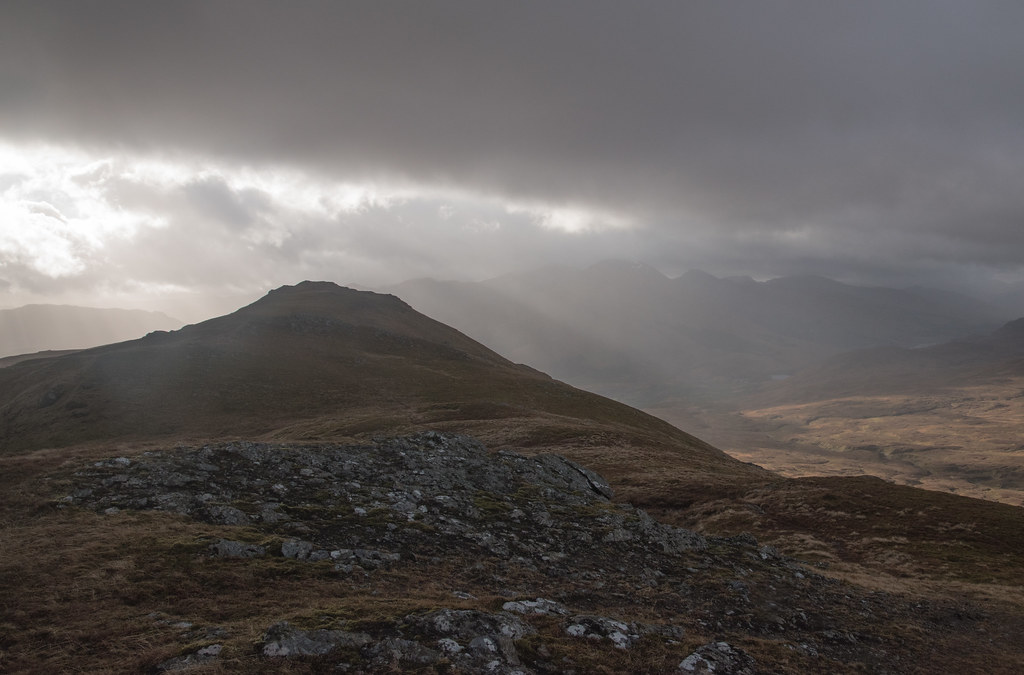 It took us nearly two hours to reach the summit of Sgiath Chuil which included for a lengthy early lunch. The views at the summit were brilliant with the sun highlighting the hills on the other side of Glen Dochart, Ben More etc. 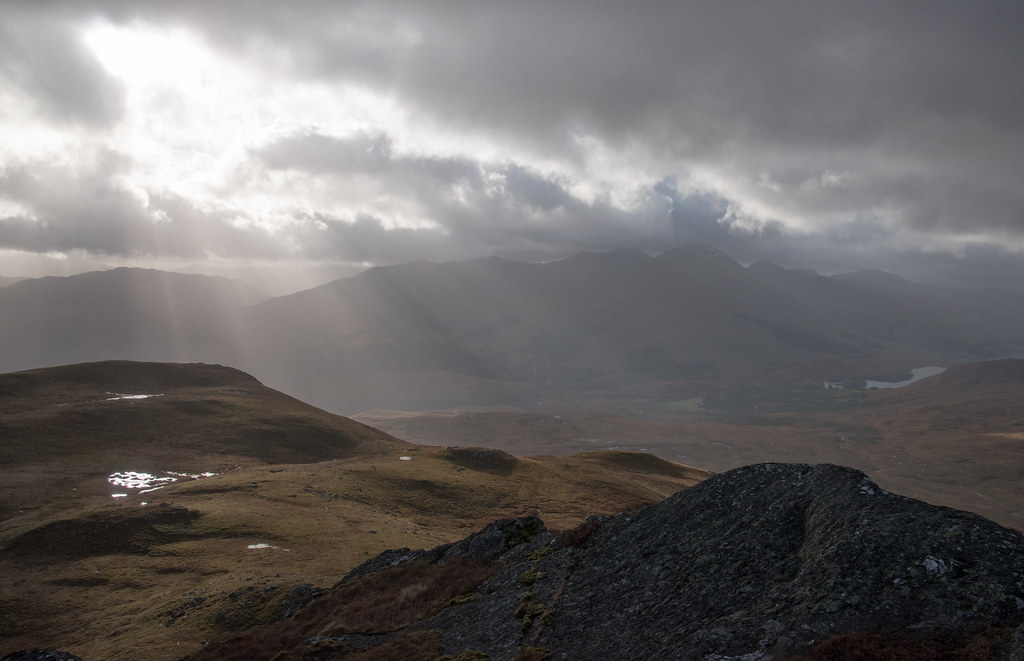 Well aware of the documented difficult descent before ascending the second Munro of the day we set off we set off without spending too much time on the windy summit of Sgiath Chuil. 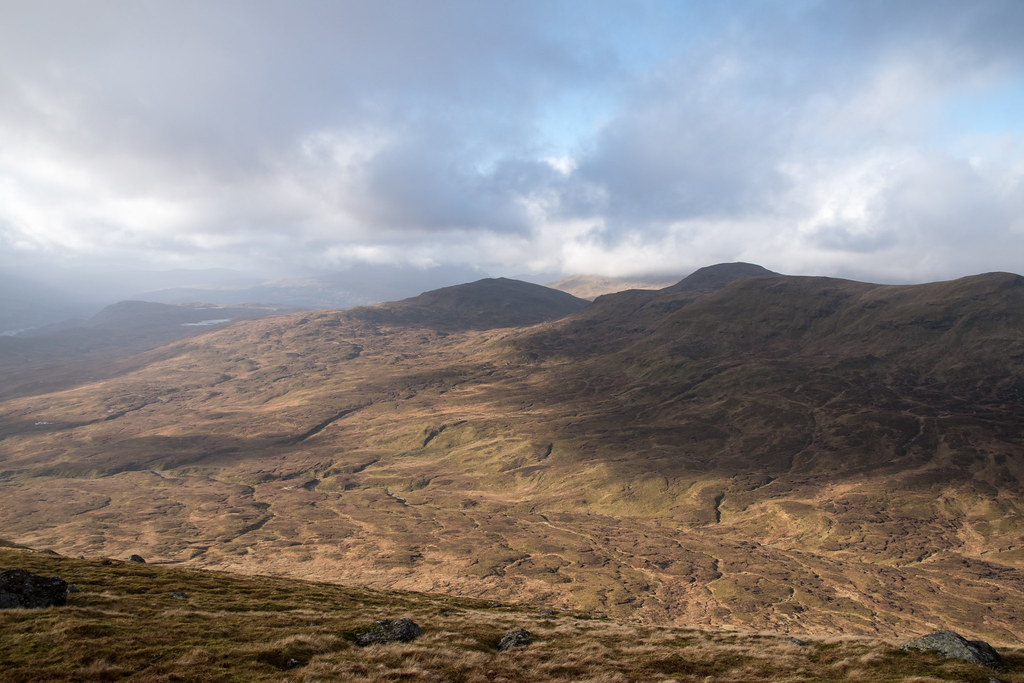 The descent was relatively okay, but I do remember thinking it would be a different prospect going up! Right enough, the ascent up Meall Glas was pretty unrelenting. If memory serves me right, we discussed for the majority of the ascent what we would do if one of us broke a leg… Ha, we both agreed we could drag ourselves out to Glen Dochart – looking back at the route, probably a bit ambitious!

Anyway, with all four legs intact we reached the summit of Meall Glas at circa 13:30, just less than two hours after leaving the summit of Sgiath Chuil. The views were amazing. Absolutely stunning considering the forecast predicted we would spend the entire day in the clouds! The light continued to beam through the clouds just overhead and made for some pretty dramatic photos, although it bloomin’ windy and cold. 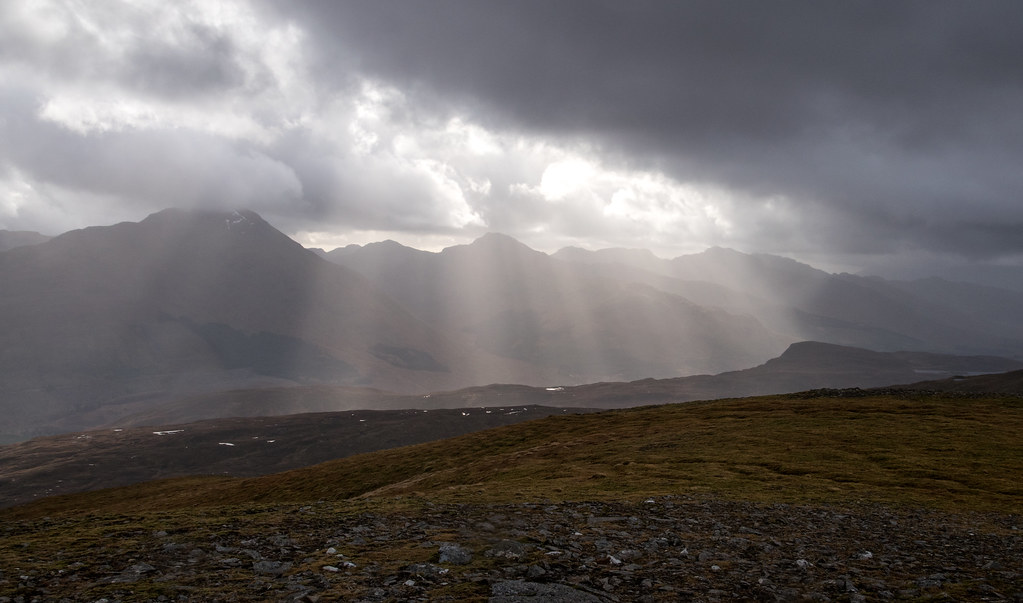 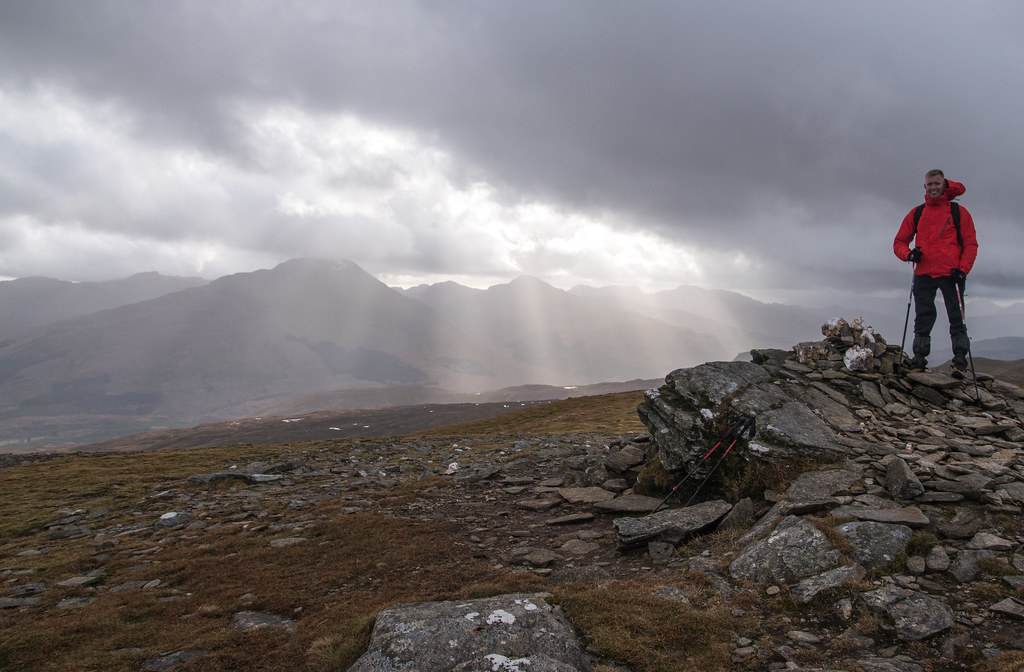 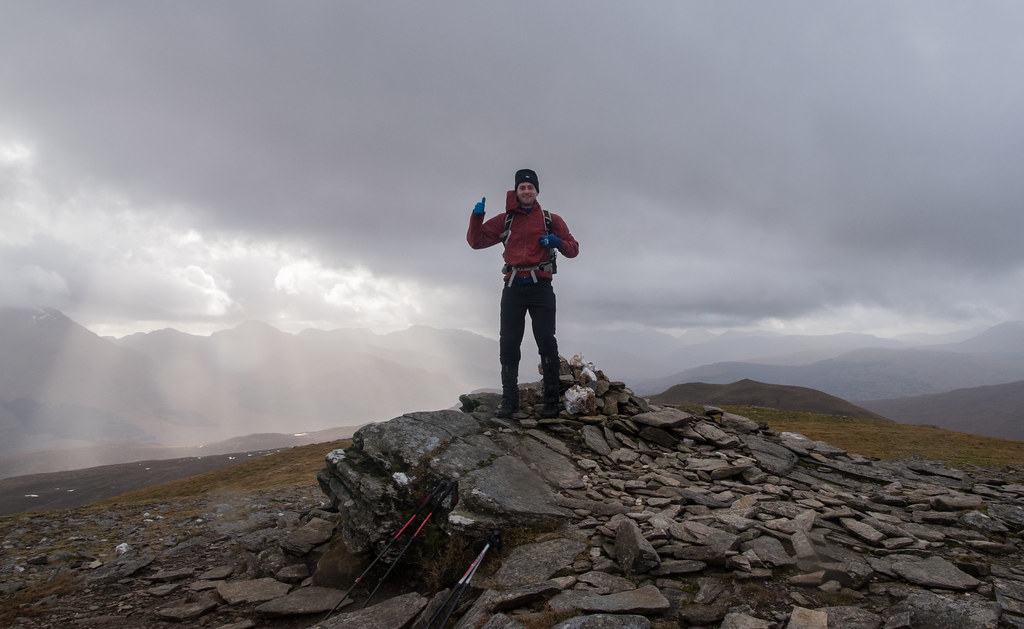 Views from trig of Beinn Cheathaich 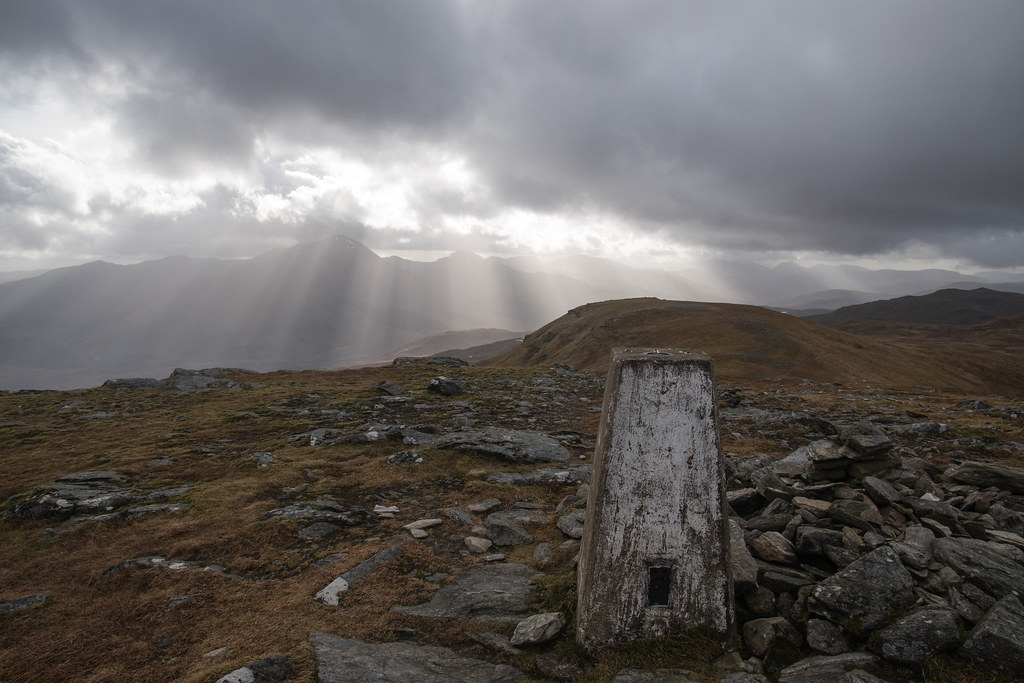 I couldn’t quite decide which angle I preferred, so I just decided to keep both photos!

Before long we joined the path and zig-zagged our way back down to the River Lochay. As we were walking along the path we realised we had spent a good bit of time out in the hills and not seen another person, with the exception of a solo guy and dog setting off from the car park as we were arriving – assume they were just going down the Glen as we didn’t bump into them again (and the car was gone on our return).

Quite unusual to get an entire weekend day out on two Munros without seeing anyone else on the hills. Look at the views everyone missed out on!

Looking down Glen Lochay towards Tyndrum 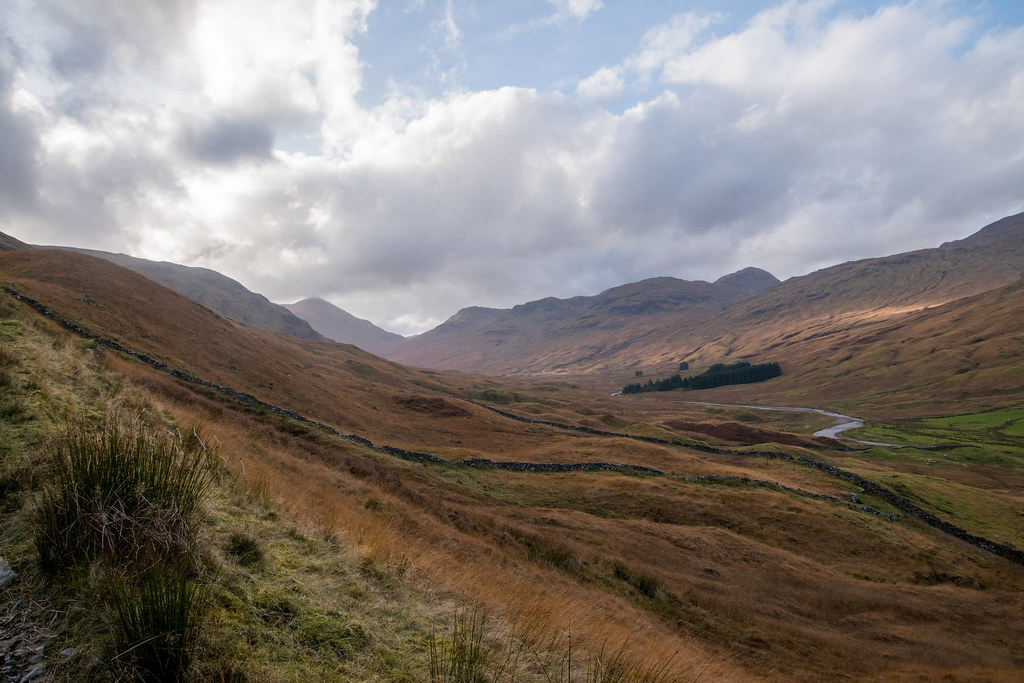 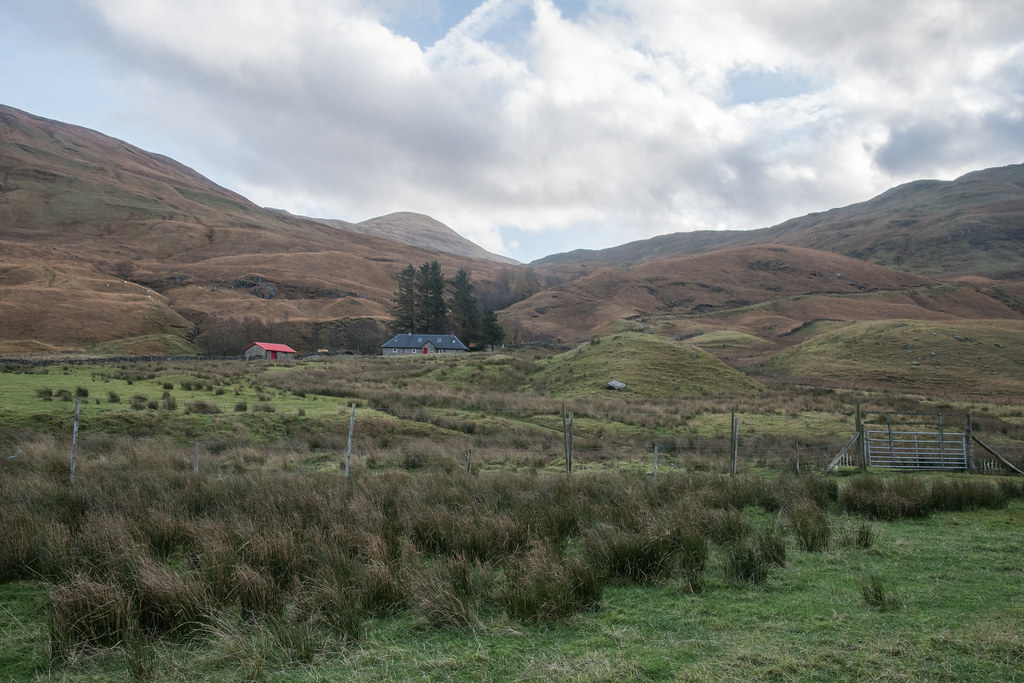 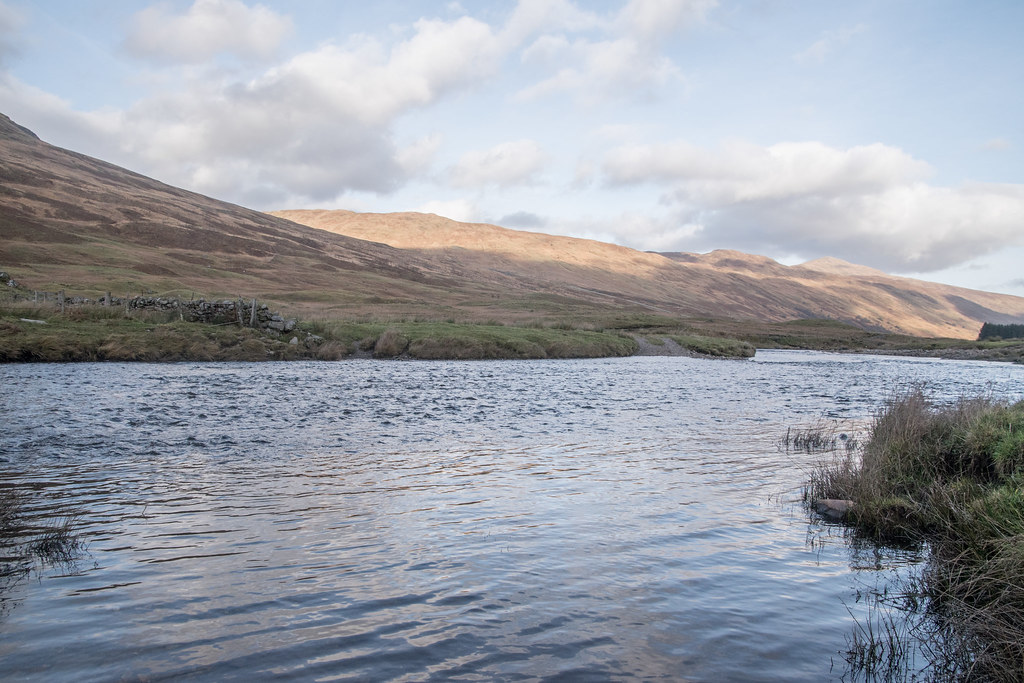 Although the river was wide, thankfully it was low and definitely crossable. As both our boots were bone dry, we decided against plodding right across in full attire and tied our sock and shoes around our necks. Andrew crossed first and didn’t appear to take too much notice of the water. It was insanely cold, not really surprising given it was the start of November. Remember vividly thinking about the cold-water shock advert that’s been widely promoted across social media recently!

The final two kilometres were a good way to warm up the feet and toes before getting back to the car 6.5 hours after we set off.

Another great outing which took my total to 137 – closing in on halfway!