JMW 1: Helensburgh to Middle of Nowhere

JMW 1: Helensburgh to Middle of Nowhere


So David and I’ve decided that doing the John Muir Way (Helensburgh to Dunbar) in sections is a good winter walking project. Something different; actually quite different, as we’re discovering.

Today we walked the first section, to Balloch-ish. I say “ish” because we added on a bit extra to shorten stage 2 (29km by WH description) to a somewhat more appealing and doable-in-the-amount-of-daylight-at-this-time-of-year 23km.
It took us a while to do the car shuffle—something that always seems to take longer than it should, given that the distances aren’t that far. Well, at least as the crow flies they’re not that far. I’d left my car on an unmarked road in an extremely rural place called Caldarvan, not too far from Gartocharn. I’d never have found it without very good detailed directions, plus a picture of where to park, from David. One of his bogs is in the vicinity, which quite amuses me to say/type. You just don't often hear people claiming a bog as their own!

We set off from the pier at H’burgh around 9:30. We indulged in some faffing around and photo snapping at the trail’s official start point, then walked straight up the street to Hill House, which is currently closed while “The Box” is constructed around it. 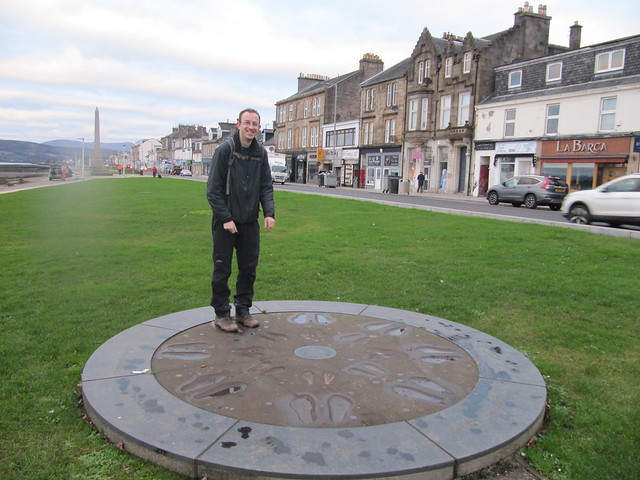 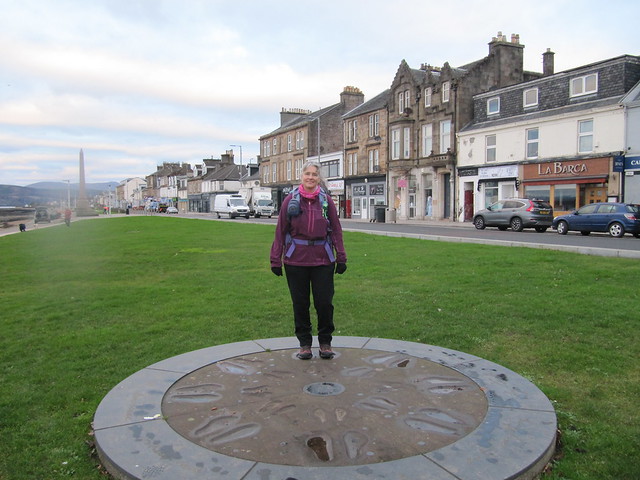 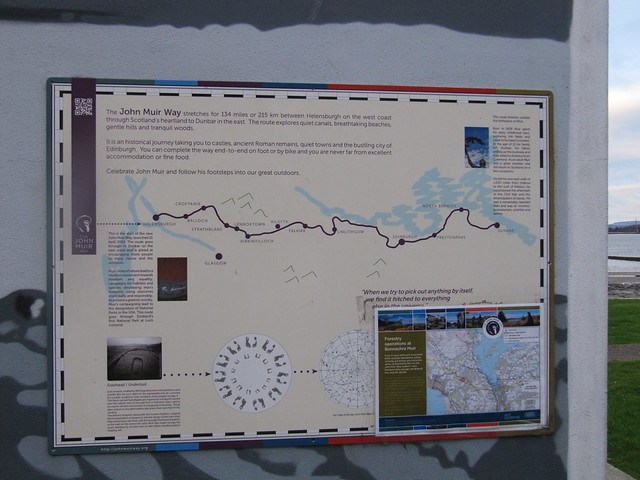 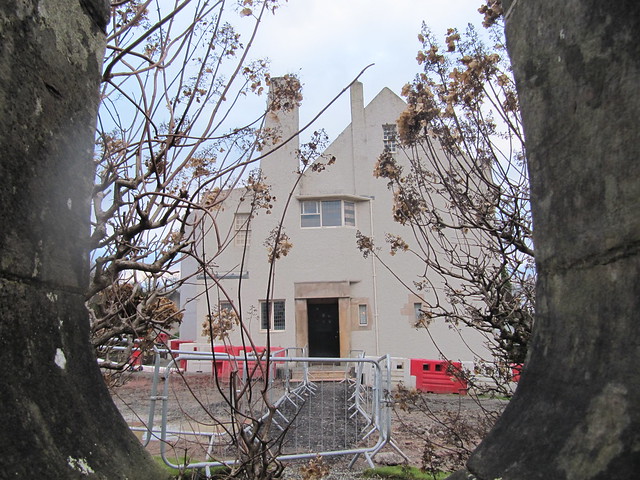 Leaving the town, we walked along the Luss Road, enjoying nice views over most of the Luss Grahams, all of which I’ve done, happily. And just to be clear, what I mean by “happily” is that I’m happy that they’re done; I didn’t find all of them to be particularly enjoyable. 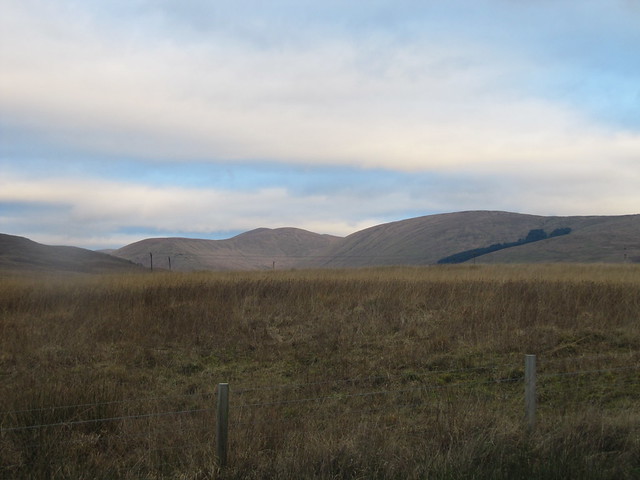 some of those ^&%$ Luss Grahams 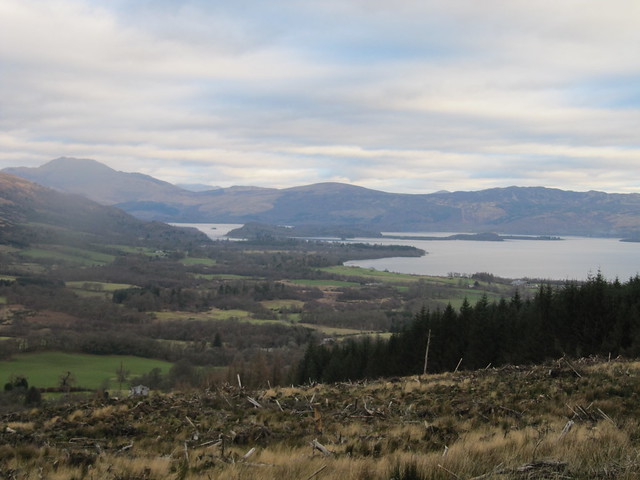 Anyway, we turned off onto a forestry road that led us up the flank of one of the two H’burgh sub2Ks, Ben Bowie, a whopping 313m. I’m not even sure it’s fair to count today as a “hill” day! (Although that said, our overall ascent for the day was a respectable 786m). We popped up to the summit, which wasn’t more than a few hundred metres off the JMW. It was a nice view from there; a very different perspective over the Clyde than I’ve ever had before. We looked straight across to Greenock/Port Glasgow, back down on to H’burgh, and across the water to Dunoon. One of the things we noted that was different to the other walks we’ve done together is that we’ve never looked down into such a heaving mass of humanity from any other hill! 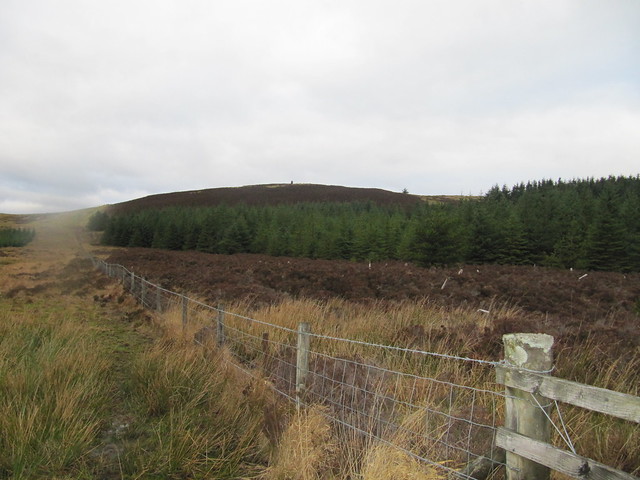 the towering summit of Ben Bowie! Just follow the fence. It's boggy. 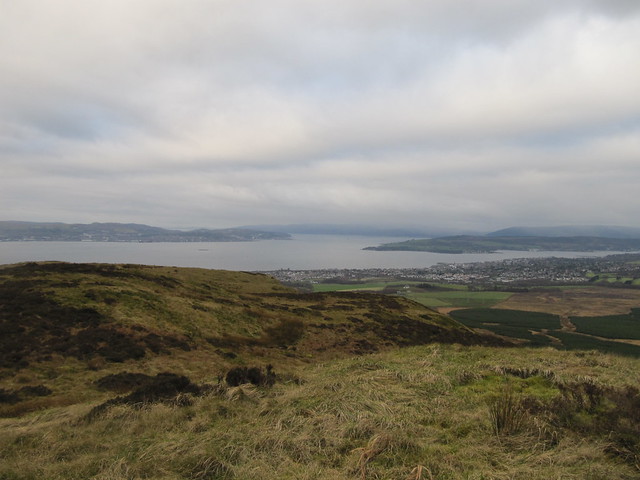 H'burgh, Greenock, Dunoon (trust me, they're there)

Back to the path, then, with another short detour to the viewpoint over the Trossachs and Loch Lomond. From that point, our ascent was more or less finished as we crossed Stoneymollan Muir, and began the descent down into Balloch. We sat on a bench at Lomond Shores (another difference – a shopping mall midway!) for our lunch, then continued along the shore, made our way through Balloch Country Park, and onto the rural roads that would carry us all the way to today’s finishing point. 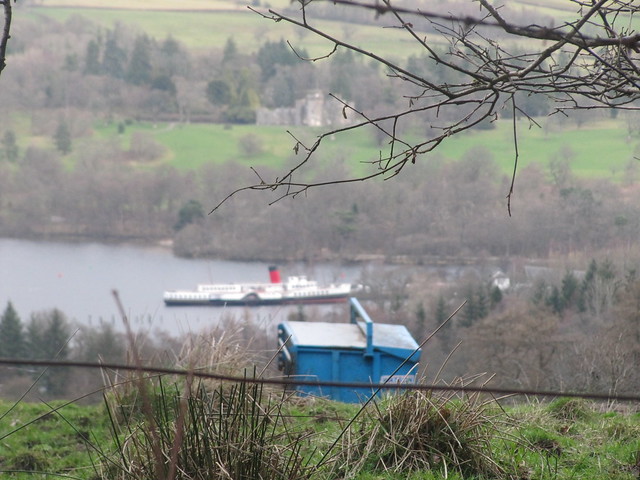 Maid of the Loch, not in drydock where it's supposed to be (fresh from sliding off the rollers as it's being pulled onto the dock) 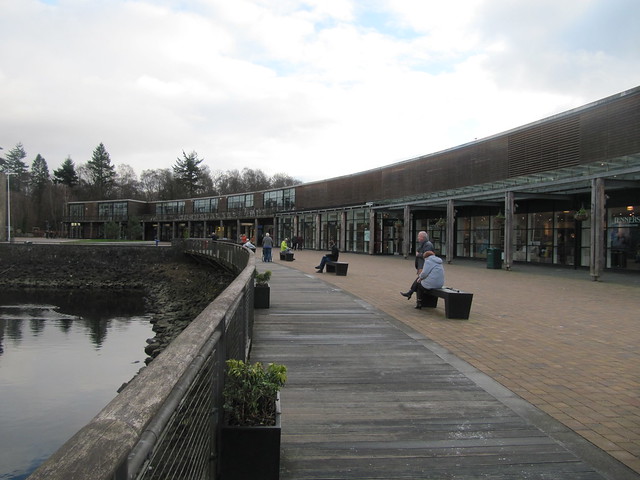 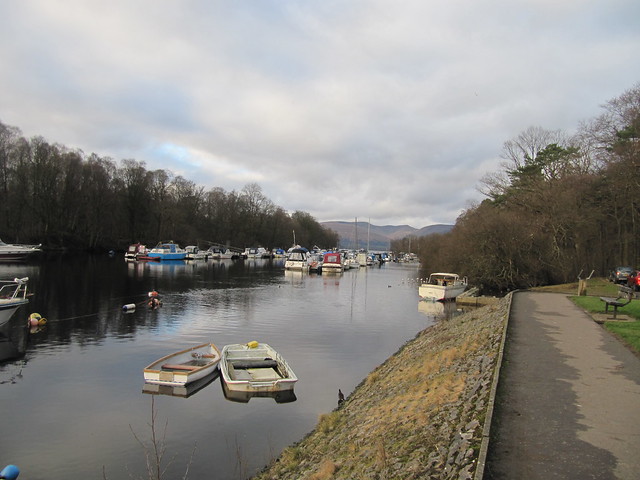 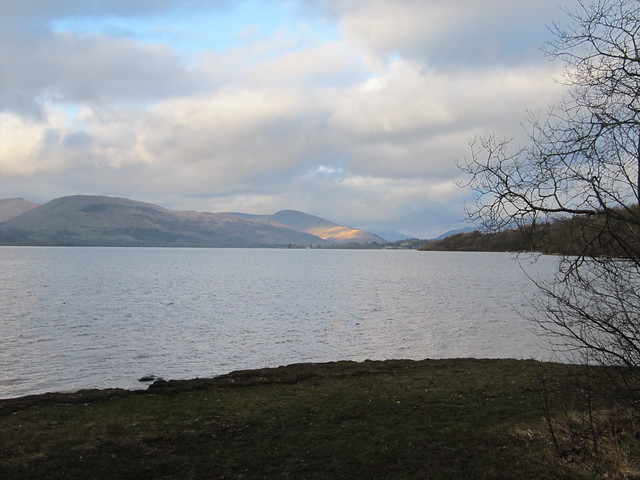 nice view down the loch

This was a lot of tarmac walking, and my feet were very sore by the time we’d finished. Trainers might actually be a better choice for some of the more tarmac-heavy/urban sections. Next stage, middle of nowhere near one of David’s bogs, to Strathblane.