Ben Wyvis, with Marina and Jaf.

Ben Wyvis, with Marina and Jaf.


With the end of the year approaching, I wanted to squeeze in another decent hike before the year was out. Fortunately, the weather looked like we might get a day in the snow and Jaf, was off work. Marina, also agreed to come along, though a bit reticent about being able to keep up with the lads. She needn't have worried

It was an early start for the near four hour drive north. Luckily we had a good driver and if my navigator was any good, I wouldn't have taken as many wrong turns 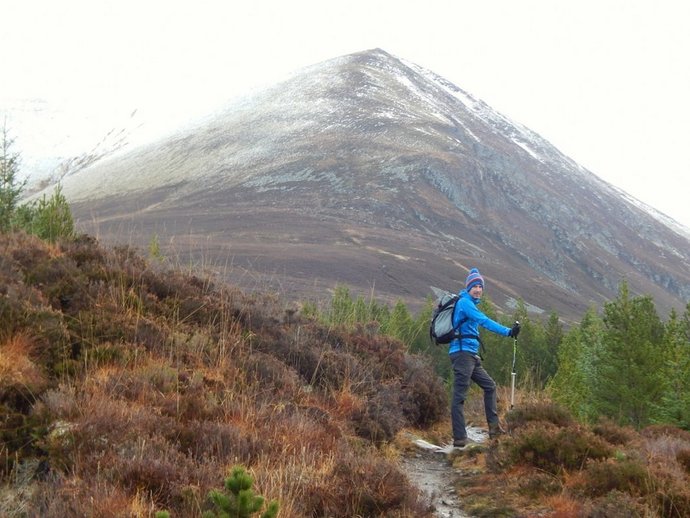 From the car park, we could see the hill had cloud just about the snowline, not much below the top of An Cabar, so ice axe and crampons were dispensed with, as the thaw was on. Followed the route up as per WH's. Good path as described. At the bottom of the zig-zags, we let Big Jasper off the leash, as his big legs carry him upwards, faster than our wee pins

He stopped midway up to talk to a local mountain rescue chap, who kindly pointed out some of the peaks and ranges, which we could see reasonably well, as the vis gradually improved. He said the summit was still a long way off, from An Cabar. Early view of An Teallach, beyond Loch Glascarnoch. Marina, nearing the top of the zig-zags. Great panorama of hills from An Cabar. Liathach, Beinn Eighe, Beinn Alligin, among them. Out to An Teallach.

When we got to the cairn at An Cabar, we had to agree, though Big Jasper was almost there by now. The snow was getting a bit thicker, maybe 2- 6 inches deep, here and there, but nice and soft. There's a few lumps to cross on the way NE out to the summit. They don't look anything difficult, but are deceptive enough to sap more energy and time, as we tried to chase down Jaf, who by now was on his way back, having been waiting at the summit for half an hour, or so. Having met up, he turned around and came back with us to the summit, for a few pics. I think me and Marina, were about three hours to the summit. Onwards from An Cabar. 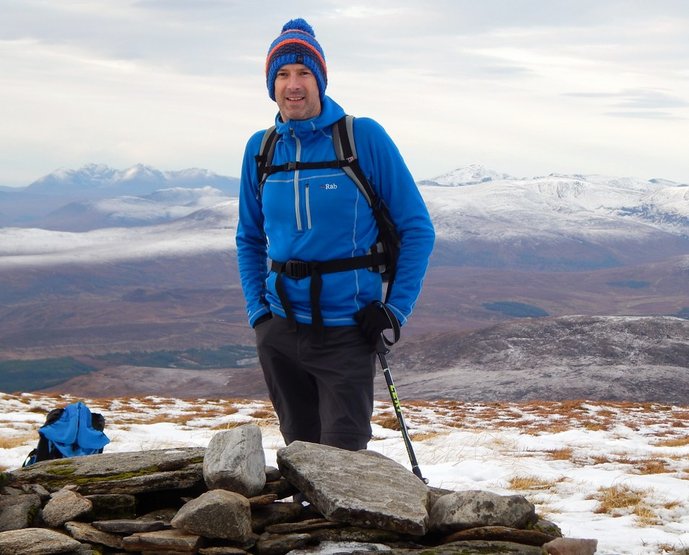 Jaf, beginning to chill, having waited half an hour! Great to see An Teallach, Liathach, Beinn Eighe, Beinn Alligin, Beinn Dearg, Sgurr Mor, Torridon, Black Isle, Mullardoch's, Fannich's and other hills, while we took some grub, then turned for home. Met a skier, carrying his ski's, but none too hopeful of using them, as the snow continued to thaw. Don't think it has returned substantially anywhere and writing this in mid Jan, 2019 now. Not much else to report on way down, though standing at top of zig-zags, one appreciate's how steep a climb up it is. Back at the car just under 5 and a quarter hours, which wasn't bad. Only half an hour after Big Jesper, but he was probably running when out of sight!

Bit of a long haul back to Mid Argyll, but nice to have got in our last Munro of 2018. Out to An Teallach, beyond Loch Glascarnoch. 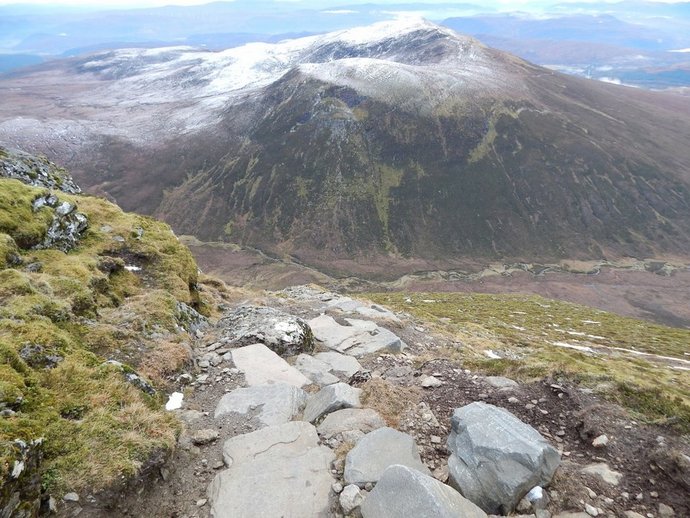 Over to Little Wyvis, from top of zig-zag;s. (Not so familiar with outline of these hills, so if you know any are wrong, please say 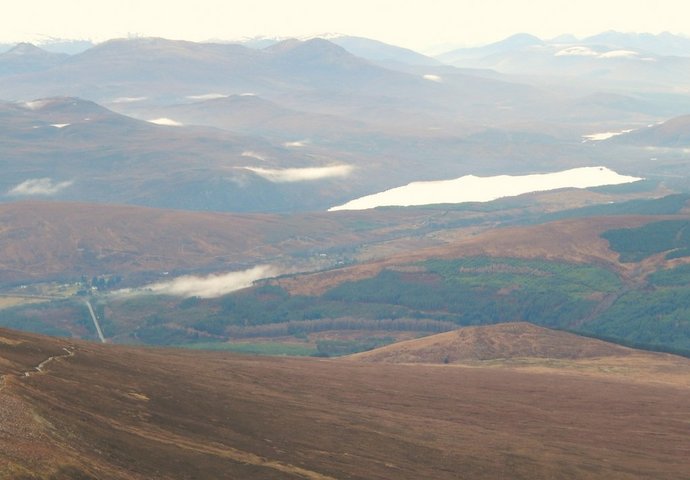