In July 2018 I took two people from Belgium with me to have them discover the Highlands. So I didn't really have an idea what to expect.

Arriving from Belgium the night before, we camped near the bridge and got up early in the morning because i had planned to do Sgurr a' Mhaoraich, come down, have lunch and then tackle Gleouraich and it's neighbor Spidean Mialach. I was very motivated and the sunny skies over Sgurr a' Mhaoraich gave me that extra push.

We hit the road at 08h00, crossed the bridge and soon got to the point where the track starts. It was easy going all the way to the top. I was happily surprised to see that JF managed to keep up with my pace (which was still an adapted one

), it being the first time for him doing this kind of stuff. This could not be said of the other participant who claimed to be used to do long walks. (probably beach walks

)
A lil bit below the summit there was a wee lil scramble to do but not really worth talking about. Although later on JF and me realized that Elke didn't fancy doing that easy scramble and kept us waiting at the top for quite a while.
Anyway, we got to the top, took some pics and enjoyed the views towards the hills we were planning to do in the afternoon, and the ones on the menu for the day after.
After waiting a long time for the third member of the group, we decided to go down and saw her sitting below the scramble part. Still didn't get it why she didn't get over that part. Anyhow, we continued our descend (same route as the way up, which was not planned like that either, but due to her absence at the top...) and arrived at our campsite at 15h00. I took the car to drive back and pick up Elke who was looking pretty tired. That's where I realized that this whole trip would not turn out the way it was supposed to be.

I thought that having a short lunchbreak and leaving at at 16h00 to do the other two munro's might have been to late so i just cancelled them, feeling pretty disgusted. But, i also thought, "well this is a warming up for them, it might improve later on".
So we just stayed at the campsite and enjoyed the views and a swim in the cold lake. There were more hills to come so i tried to stay positive. 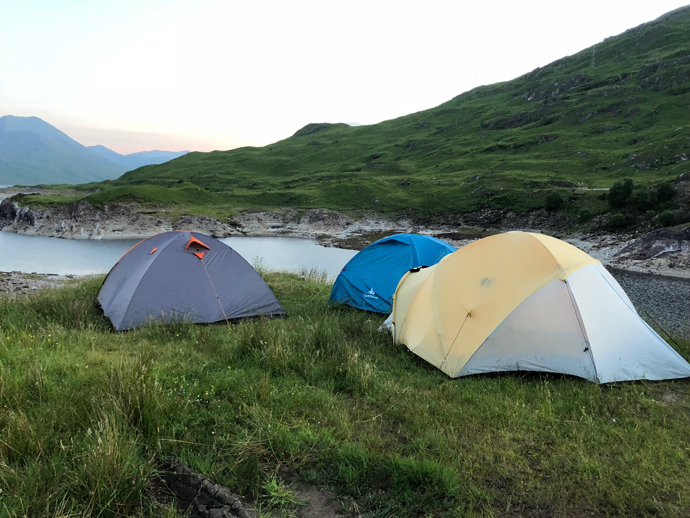 Our campsite near the bridge 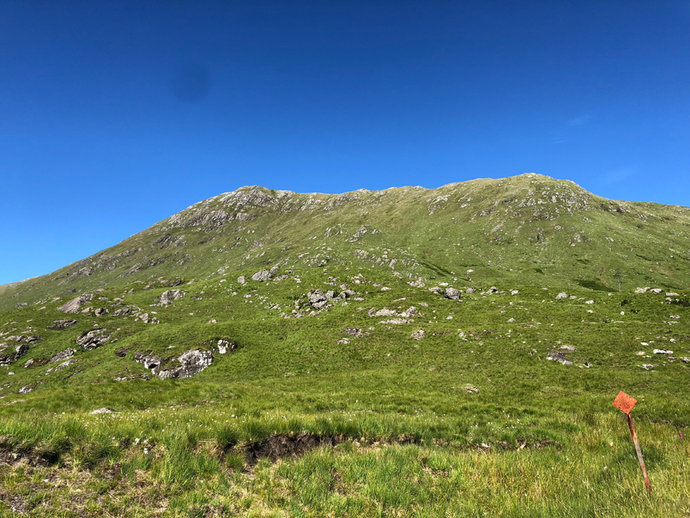 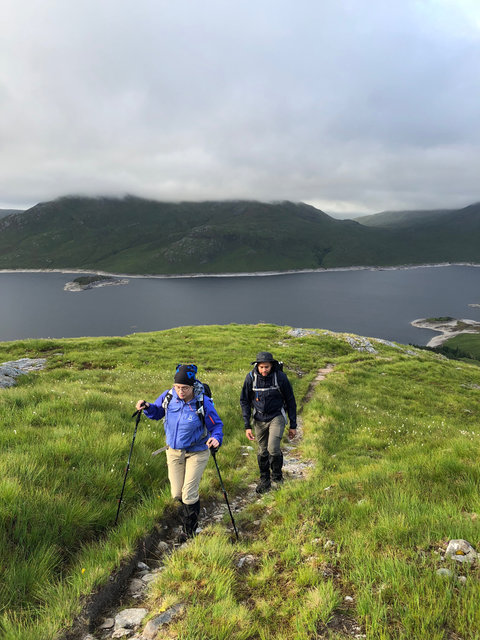 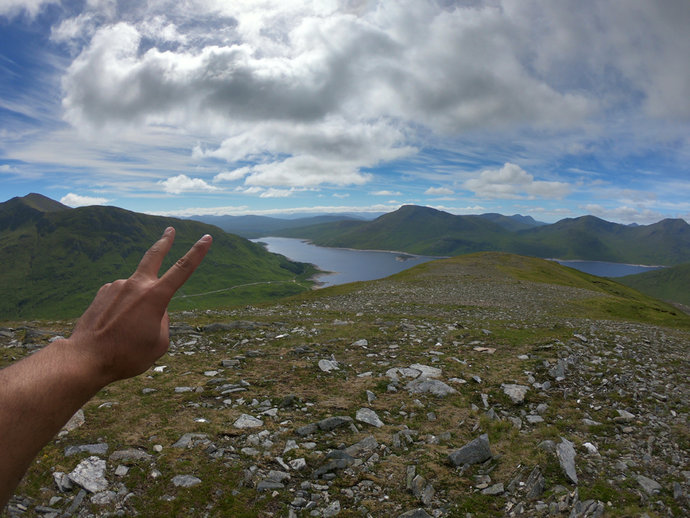 Nice views with Loch Qouich, Gairich in the middle, and Gleouraich on the left. Completely on the left are some views of the South Shiel Ridge 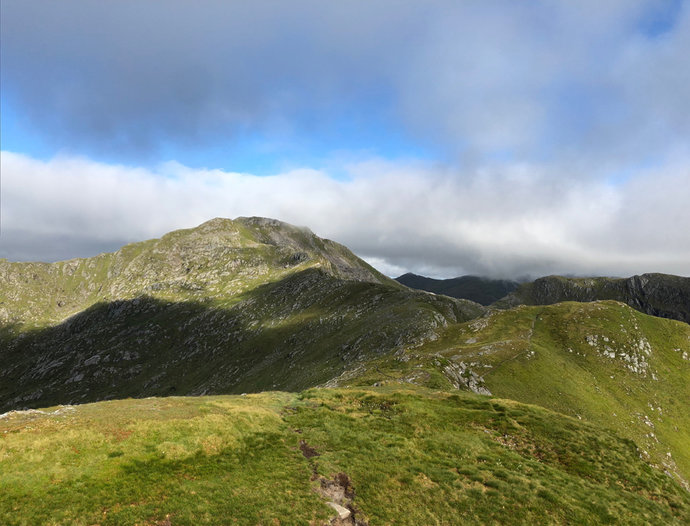 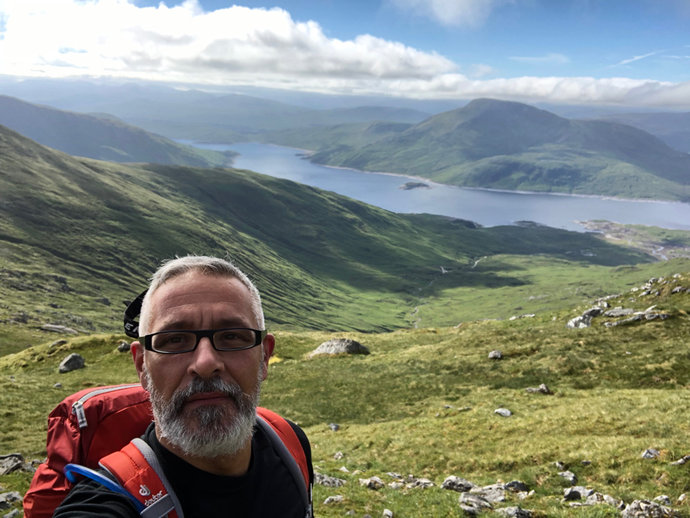 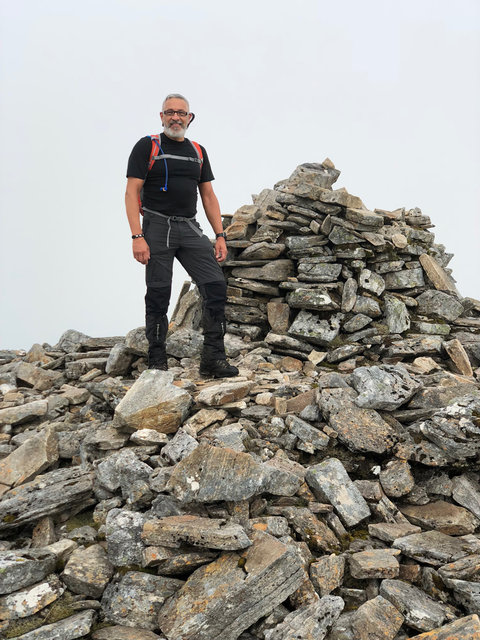 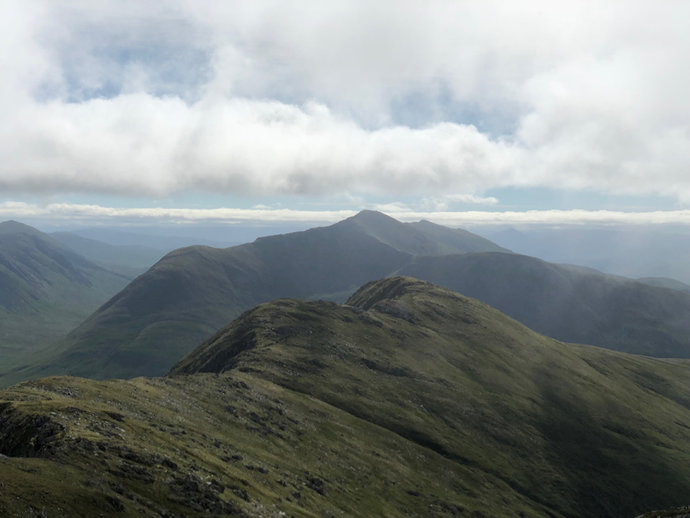 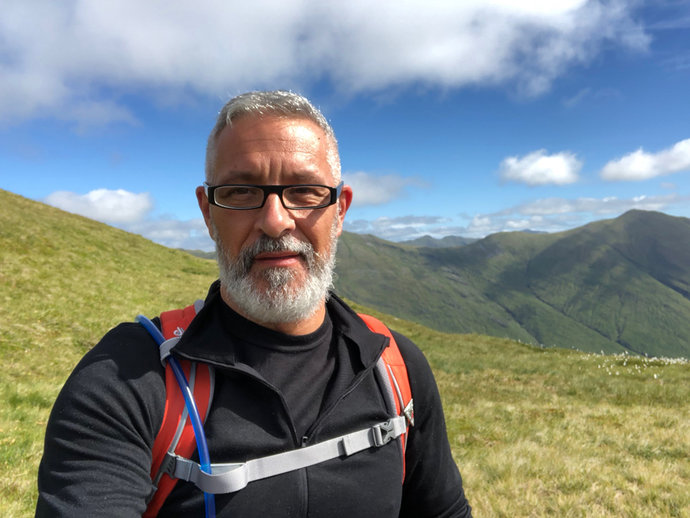 Selfie-time on the way back 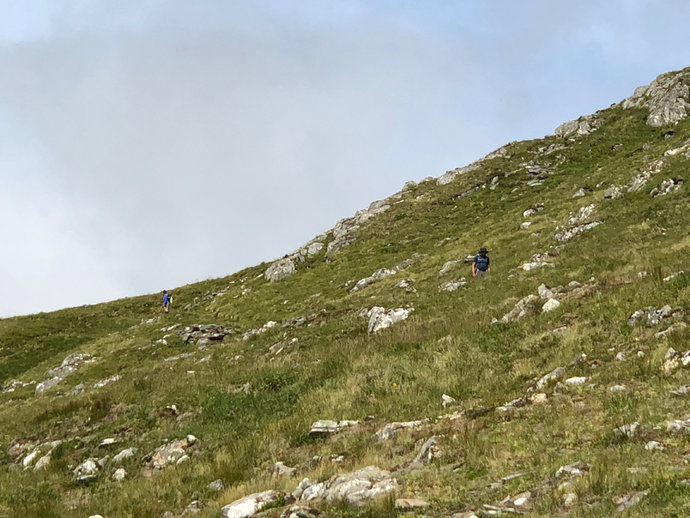 JF and Elke on the way down 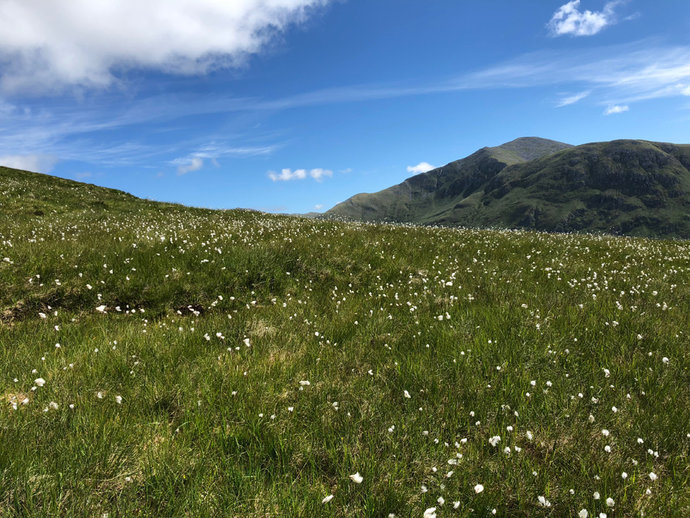 Beautiful flowers on a sunny day 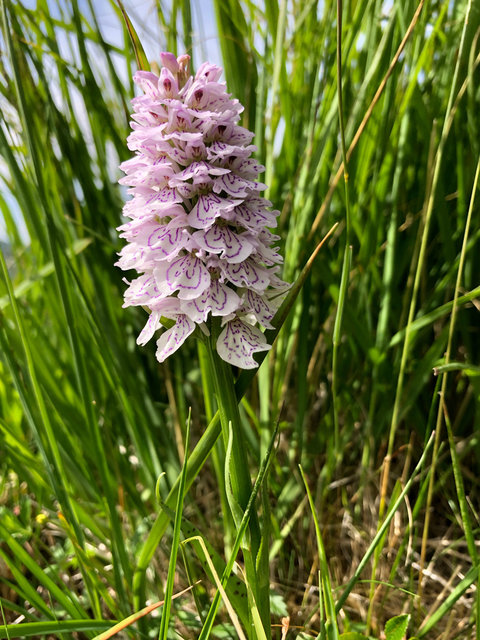 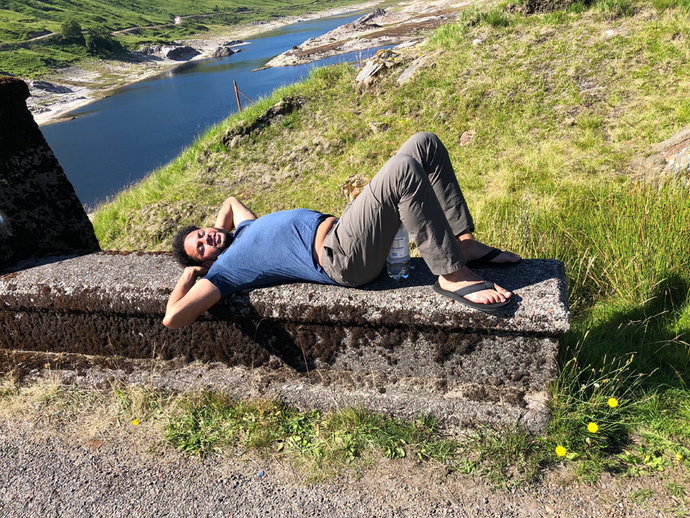 JF taking it easy in the sun, well done for your first time buddy!!! 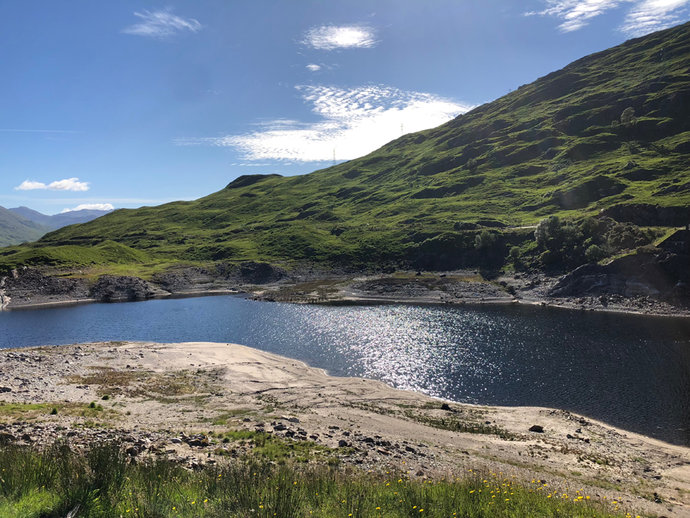 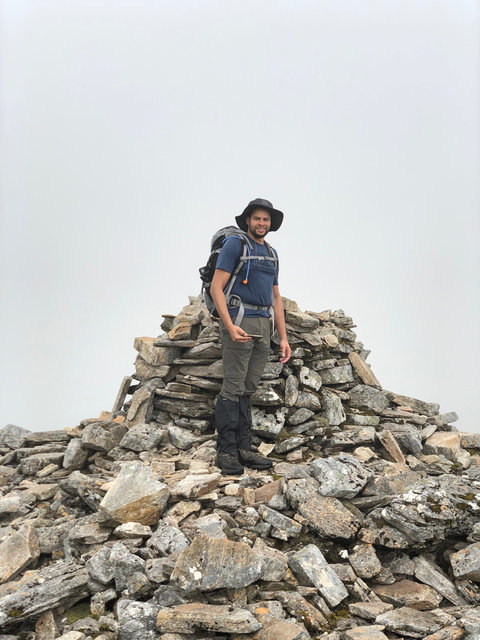 JF at the summit cairn, his first one ever :-)