This is a munro i've been seeing so many times from the other side of Loch Hourn, so i was really excited that i would finally see it up close

So we left around 09h00 from the Shiel Bridge campsite and were ready to start the track that begins just next to the main road at 10h00. The path itself follows a wee lil burn that has to be crossed at one point to its east side. From here it's getting a bit steeper towards the Bealach Arnasdale. Once at the bealach we took west to get to the steep climb up of the north side of the east top. I could see that my teammates had a hard time but finally they arrived at the east top 20 minutes after i got there.
The last bit is fairly easy, a nice gentle ridge to the west al the way up to the summit. I touched the summit cairn at 12h15, the others arrived at 12h30. We took some pics, had a snack and went down the other side of the mountain. To my surprise, Elke was speeding downhill. We didn't understand what happened. Where did she get that sudden energy? When we arrived at Arnasdale at 14h00 we came to the conclusion that she was swimming in the Loch. THAT was the reason for her speedy descent.

Anyway, it was a great day on a great hill, with no difficulties at all.

Beinnsgritheall.gpx Open full screen  NB: Walkhighlands is not responsible for the accuracy of gpx files in users posts 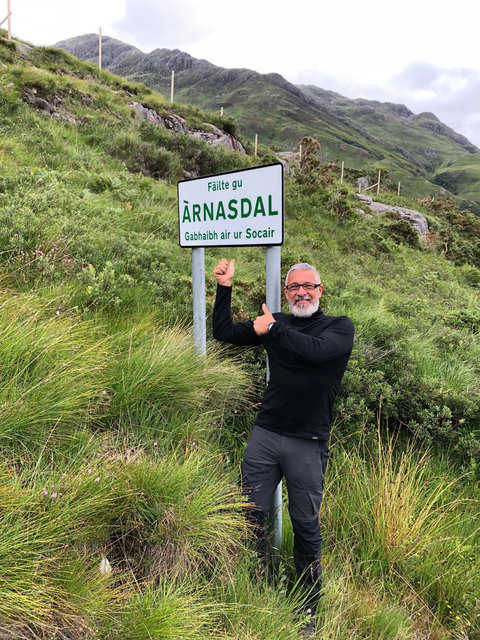 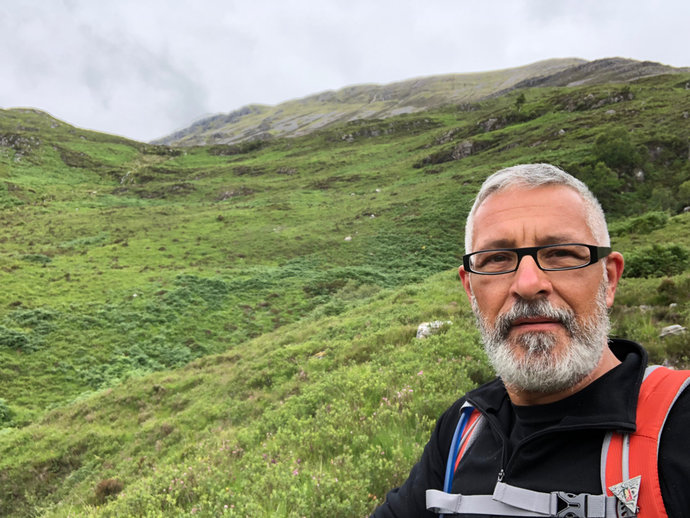 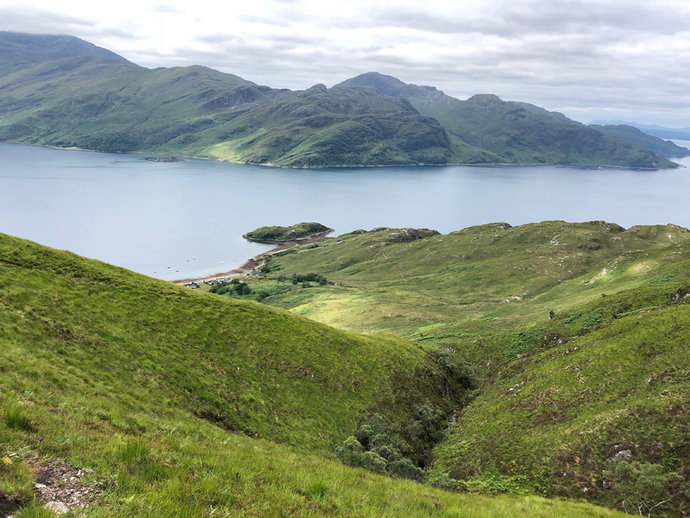 Looking south towards Beinn na Caillich on the Knoydart Peninsula 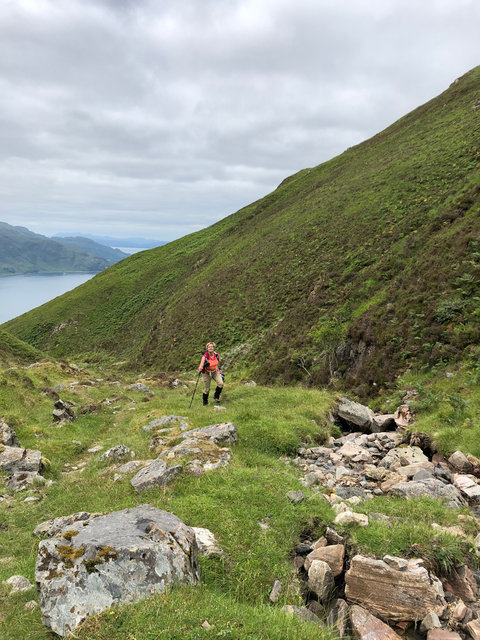 Elke on her way up 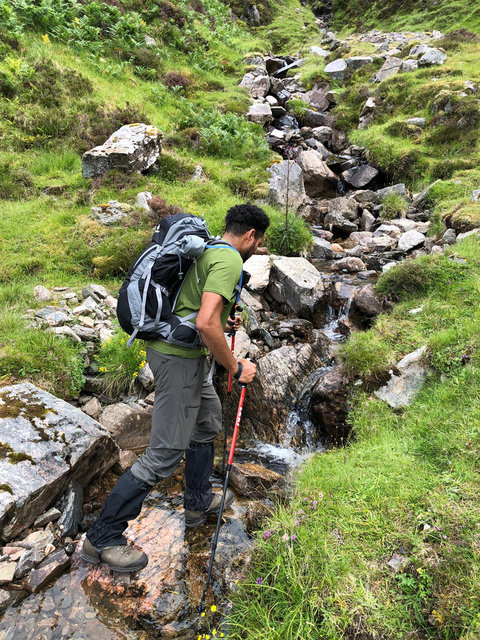 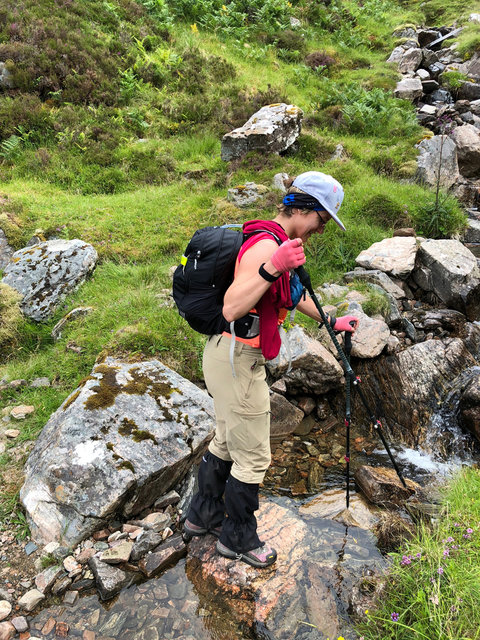 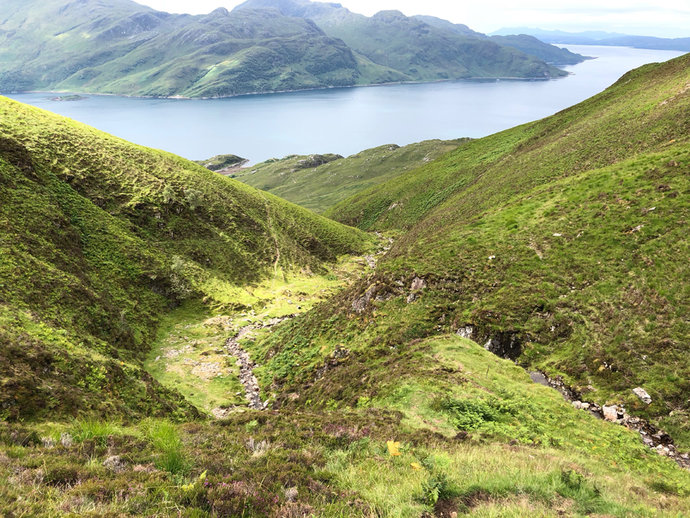 The slope we came up 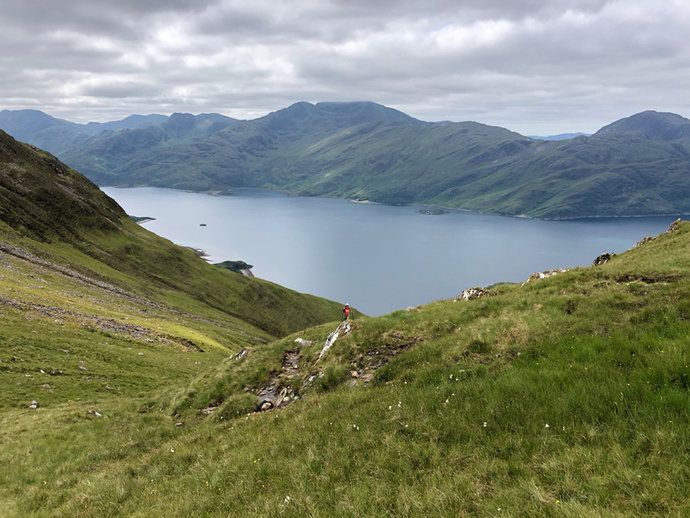 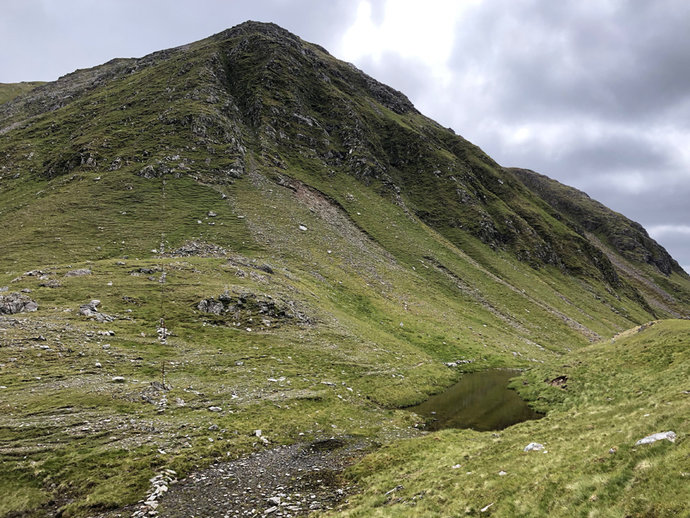 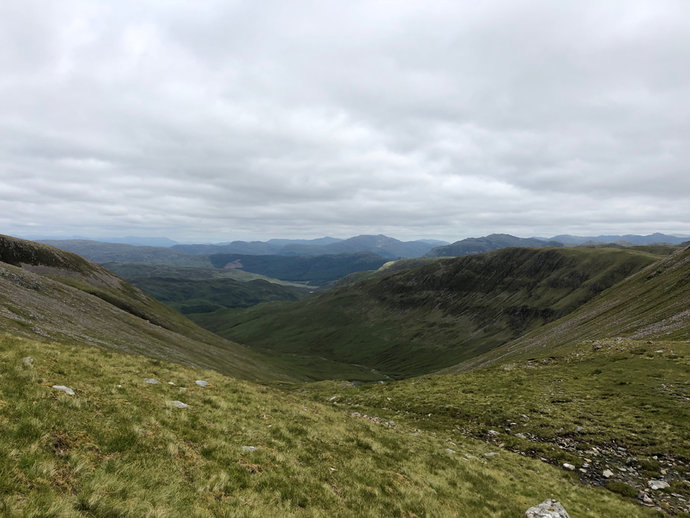 Looking north-east from the Bealach 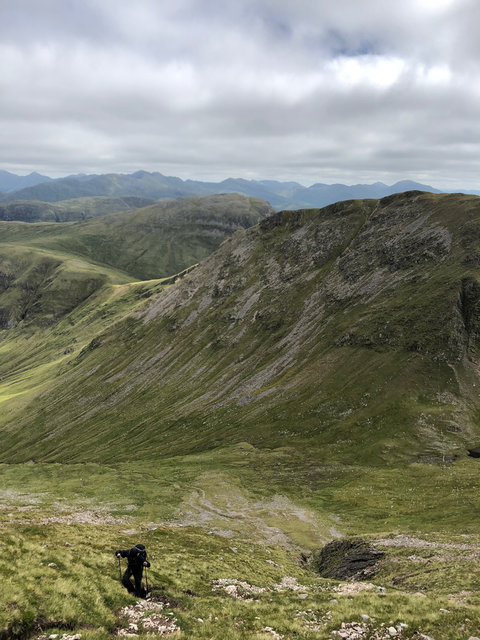 JF on the way up on the steep part towards Beinn Sgritheall's east top, Beinn na h-Eaglaise in the back, and Beinn nan Caorach behind it 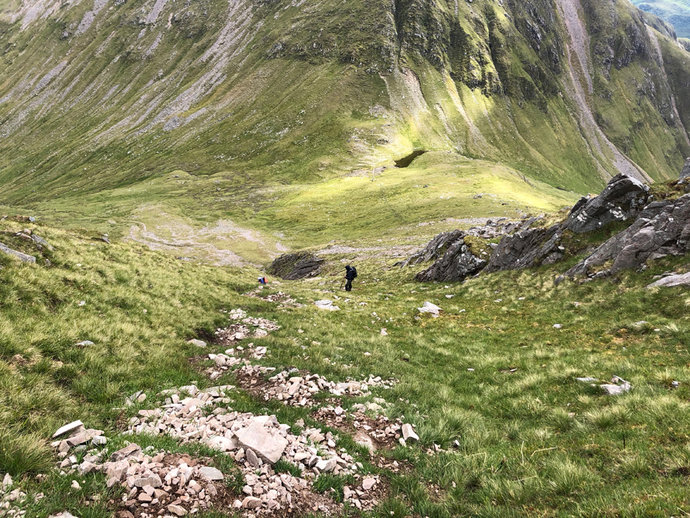 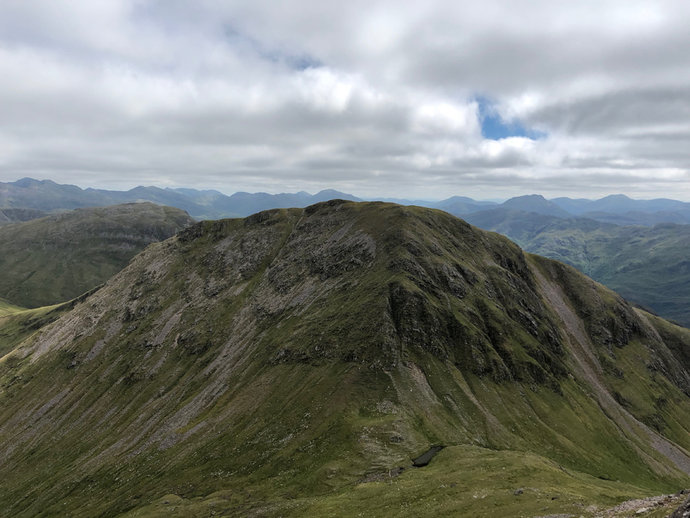 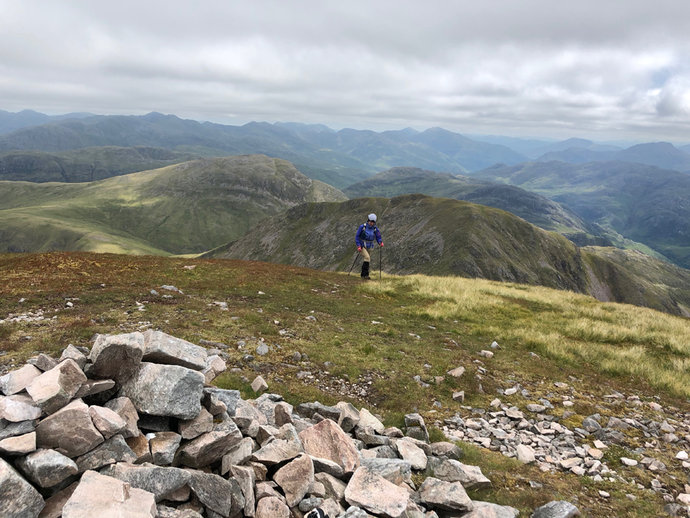 Elke arriving at the east top 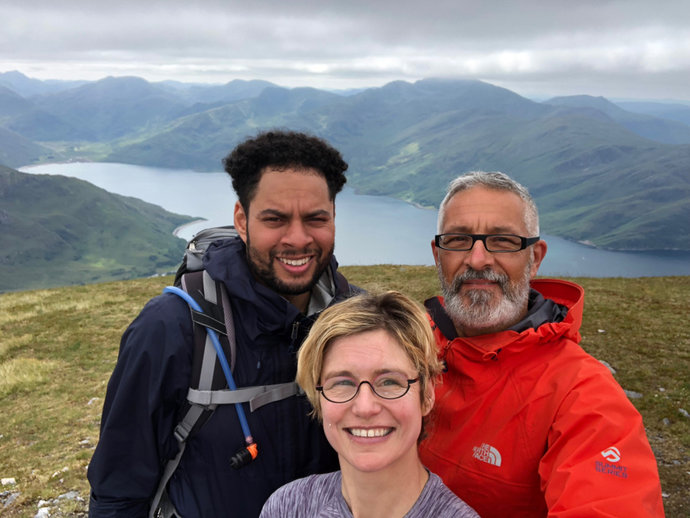 The three of us on the east top 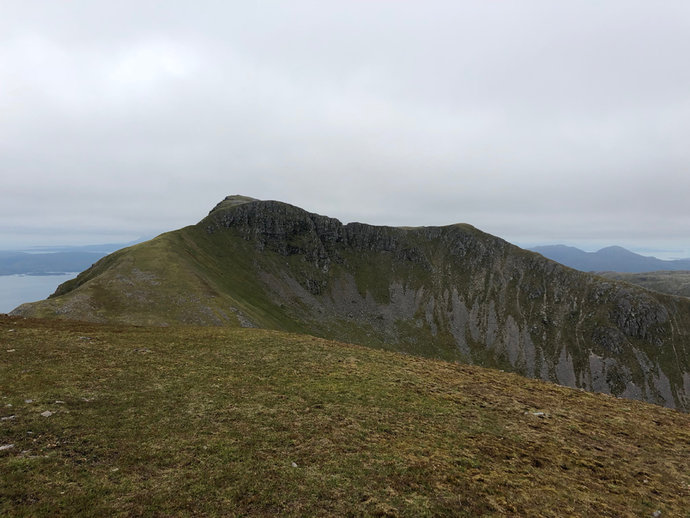 The summit of Beinn Sgritheall seen from the east top 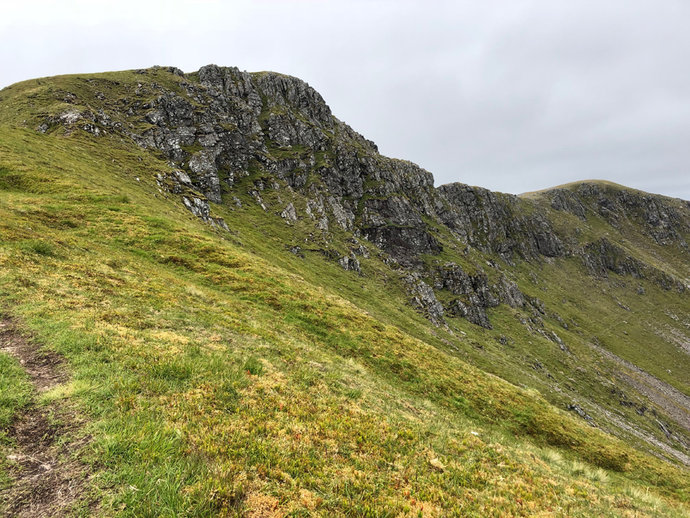 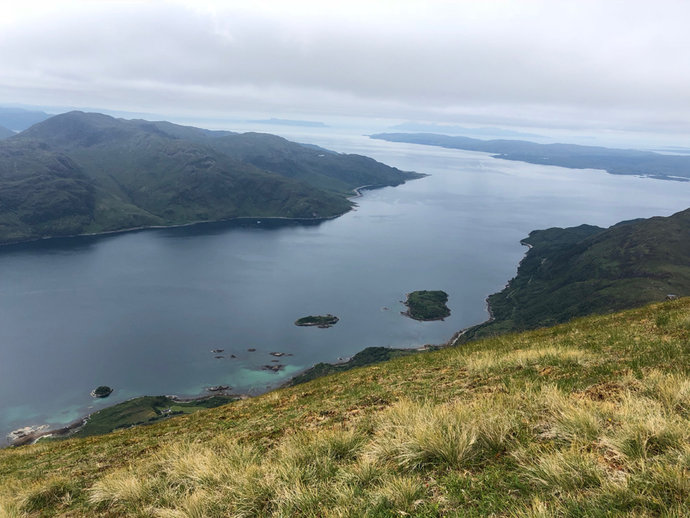 Looking towards Beinn na Caillich on the Knoydart Peninsula, and Rum and Eigg in the distance 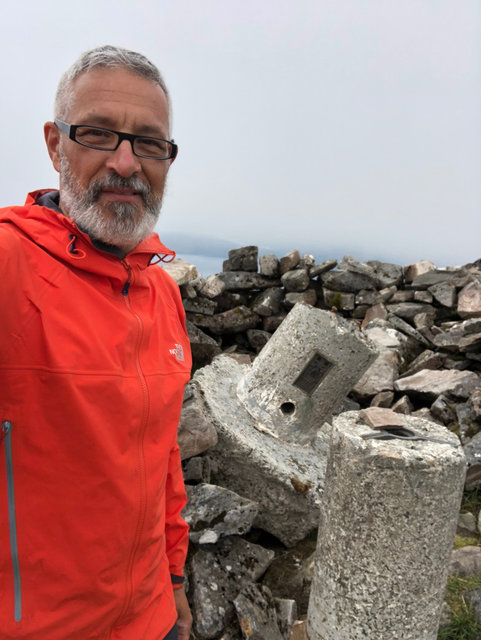 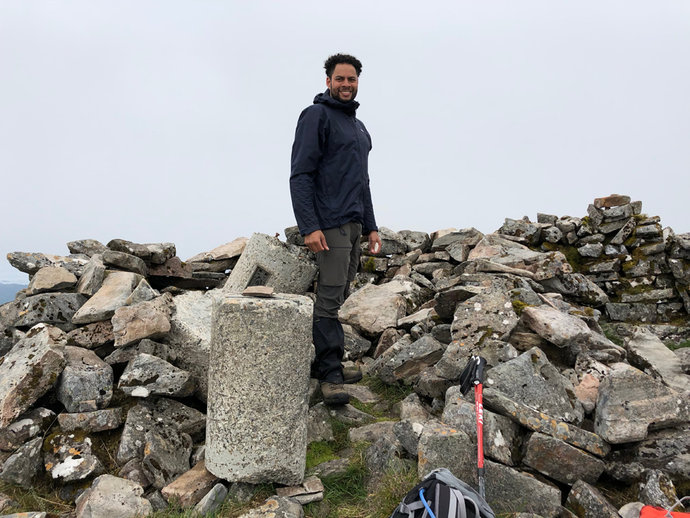 JF at the summit 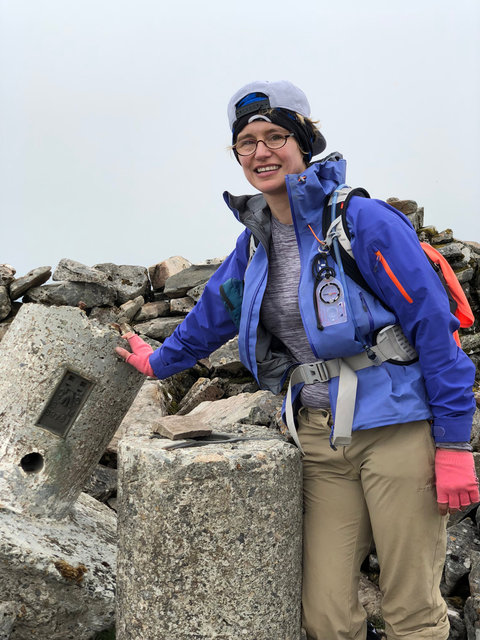 Elke at the summit

Great photos of a fabulous mountain.

Thanks a lot! It was a very nice one indeed

The pictures were shot with my iPhone X. The quality turned out to be better than my camera i had before