Grey Corries anything but grey

Grey Corries anything but grey


This is a route I've been thinking about for a long time but was always put off by the distances involved, including a very long approach walk through the forest:

This isn't the 'standard' route. There were mild avalanche warnings for the North and East facing slopes, so I decided on another approach that involved climbing up the West facing flank of Stob Choire Claurigh. To be honest, there didn't appear to be enough snow for an avalanche, even on the East slopes.

I was staying at Glen Nevis youth hostel and first needed to walk to the station at Fort William get the 7:44 train to Spean Bridge. Arriving just before 8 am, and still well before sunrise, I set off through the forest: 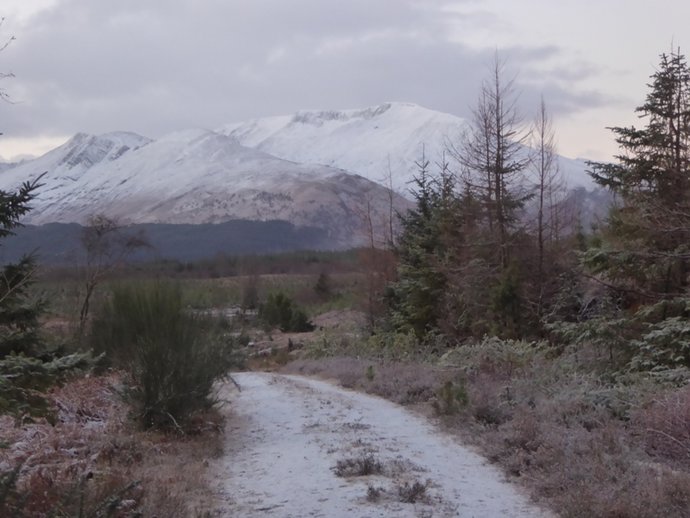 There were some felling operations going on but fortunately the route wasn't blocked off. There are many tracks through the forest with many dead ends. The route was long enough as it was without getting lost and needing to back track, so I made frequent referrals to my map. 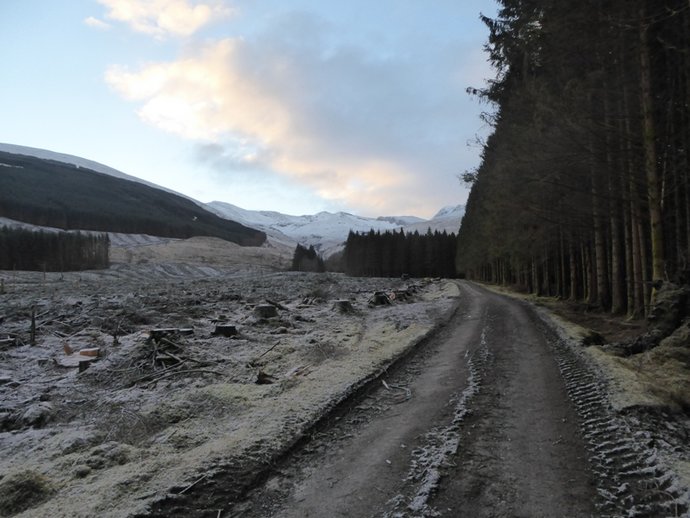 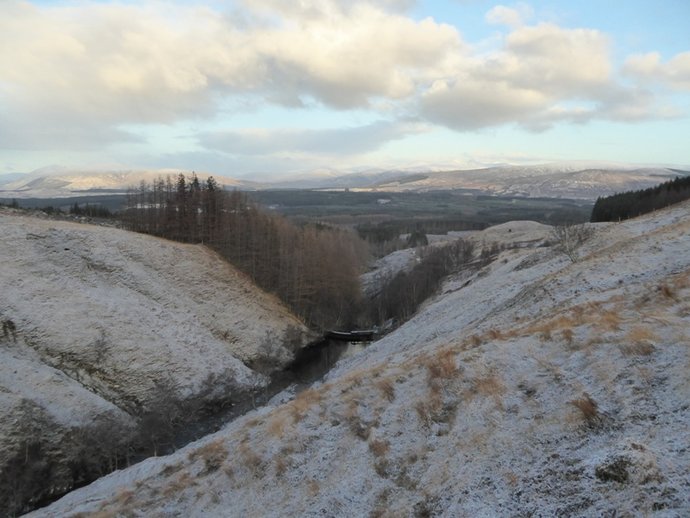 After exiting the forest at a little dam, it was a straightforward, but rather dull climb up onto the shoulder of Stob Choire Claurigh. The route isn't any shorter than the standard route up the other side and doesn't give any views that you don't get from the ridge anyway. I'm not selling this very well am I? 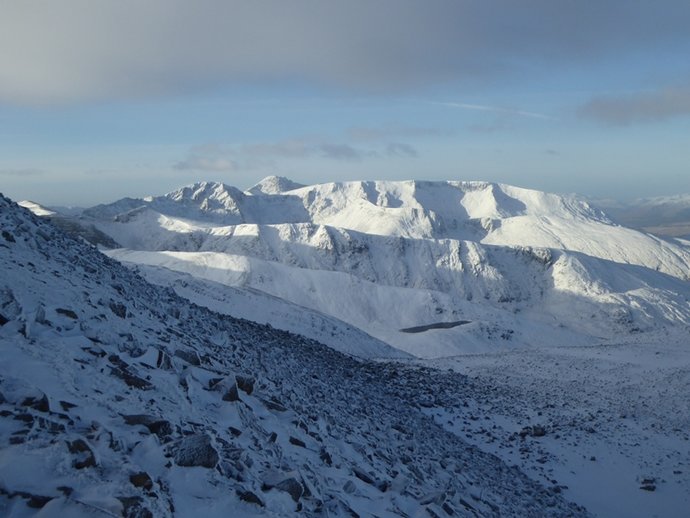 Once reaching the top of the summit ridge I decided to stop and put on warmer clothing and crampons, and swap my walking poles for an ice axe. The final section was an enjoyable mild scramble along an exposed ridge: The Easain ridge. If only the weather was as nice as this last November when I climbed these two. 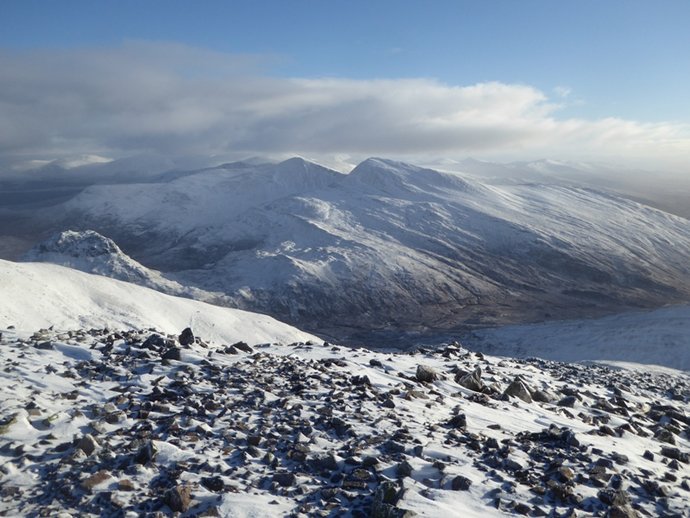 The Mamores were bathed in golden sunlight all day: Binnean Mor, which I climbed almost exactly one year before: . I did not see any other signs of life until reaching Steall at the other end of the ridge. Onwards over Caisteal, then Laoigh. My first proper view of Sgurr Choinnich Mor. What a great mountain! Definitely the best of the three Grey Corries munros, despite being the smallest. The descent down to from Stob Coire Easain was a bit scrambly but not as bad as I'd feared from en face photos taken from Choinnich Mor. Looking back over the second munro of the day, Stob Coire an Laoigh: I had originally planned to descend directly to the glen below but decided to take in one more top, Sgurr Choinnich Beag first. This turned out to rather dull in comparison with the big Choinnich by still worthwhile. The descent of Sgurr Choinnich Beag down towards Steall was pretty awful. I fell into deep snow on a couple of occasions, though somehow managed to avoid the dreaded 'bog boot'. There were no paths until right down in the glen. I thought I had reached a path at one point but it appeared to be going nowhere and was probably a deer track. 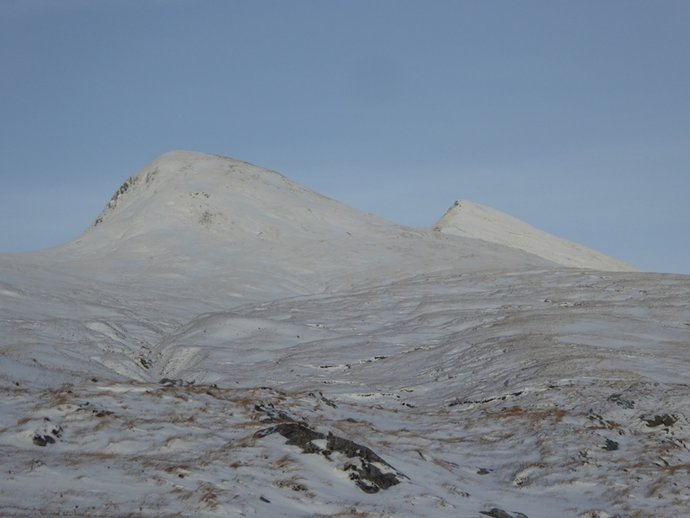 After reaching Steall it was a huge long walk along the tourist track and then the road to get back to the youth hostel.
31 km from Spean Bridge, plus a 5 km walk to the train station. A pretty epic day but somehow I managed drag myself up another few munros the next day

Re: Grey Corries anything but grey