JMW 2: Middle of Nowhere to Strathblane

JMW 2: Middle of Nowhere to Strathblane


I managed to drive to Strathblane with only one mis-turn; I took the wrong exit at the roundabout leading to Milngavie and found myself in Bearsden. It was quickly corrected, and since I’d allowed myself a bit of extra time for just such an occurrence (I do know myself rather well), I still arrived with about 10 minutes to spare. We left my car there, and David took us back to “near his bog in the middle of nowhere.” I probably need not mention how turned around and confused I was about where we were, in the grand scheme of “behind” Glasgow—so close to home, and yet so completely foreign. Even though I’ve now been in the area half a dozen times for various walks, the “aha” moments of gaining clarity about exactly where I am remain mostly elusive. 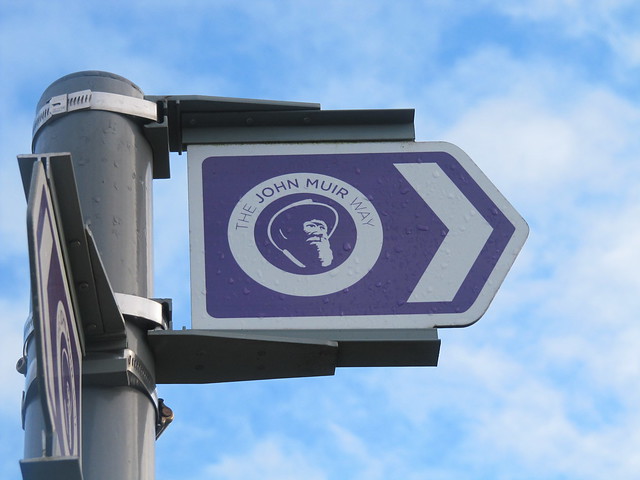 these are some of the signs we're following; took me a while to figure out that it's a pic of JM

I have to say in all honesty that there wasn’t much that was particularly nice or scenic about most of today’s walk. We started off with several kms of tarmac walking, before following a track that led up through a formerly forested section that’s now been cleared. Only the usual ugly leftovers remain. Added to this, the weather wasn’t very nice. We’d expected it to be overcast and dull, but it was supposed to stay dry, so ongoing showers and mizzle was a bit of an unwelcome surprise. 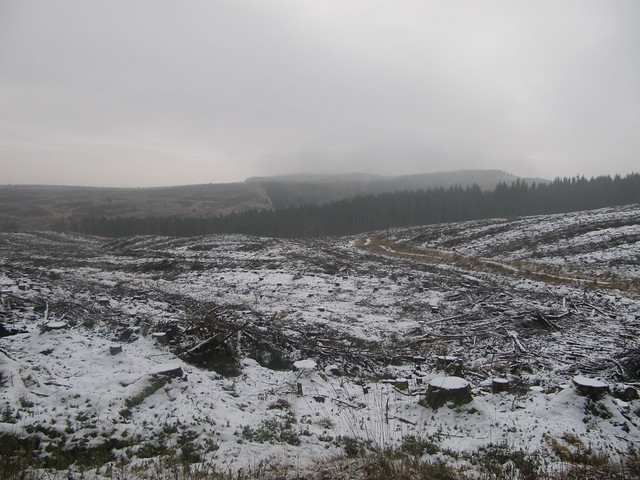 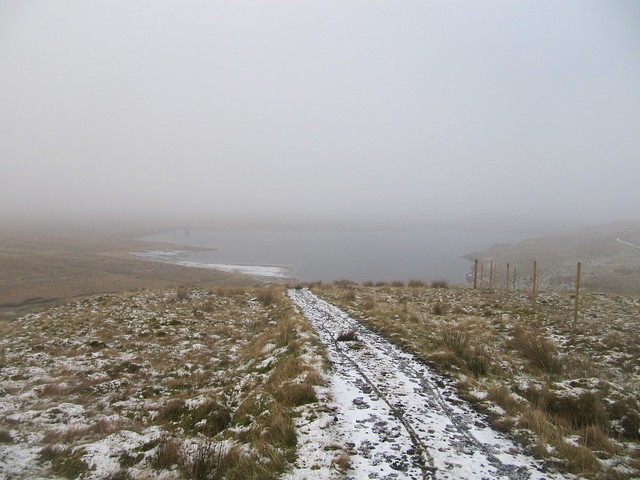 nice "view" (not) over the reservoir

We eventually turned off the forestry track onto a new path that’s presumably been built specifically for the JMW. This path led us to and beyond Burncrooks Reservoir. The Campsie Fells may as well have not even existed for all we saw of them. We stopped at a viewpoint/large rock above the reservoir to have some lunch, then carried on. We were surprised to see that the Edenmill farmshop/café/soft-play barn was open, and we popped in for a quick nosy. It was surprisingly busy for being in yet another location that is for all intents and purposes in the middle of nowhere.

From here, it was past the Carbeth huts, then briefly onto the WHW, before tackling the last bit of ascent for the day. We found the two benches overlooking Blanefield/Strathblane, and enjoyed the first views of the day (better late than never), over the Strathblane Hills, and the volcanic plugs Dumgoyne and its much less popular neighbour Dumfoyn, and beyond to a snow-covered Ben Lomond. 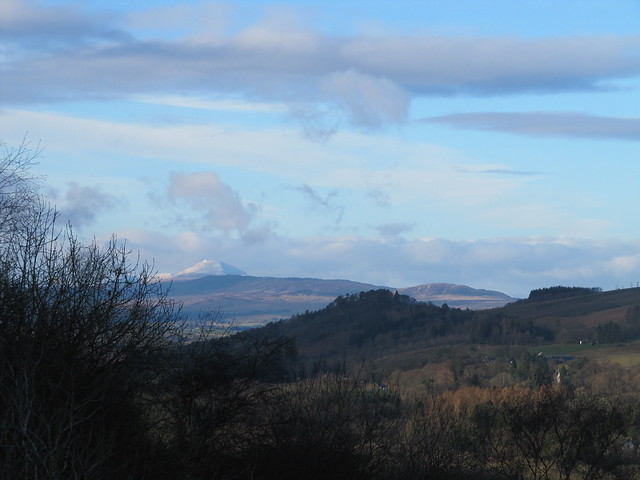 view from the benches (1) 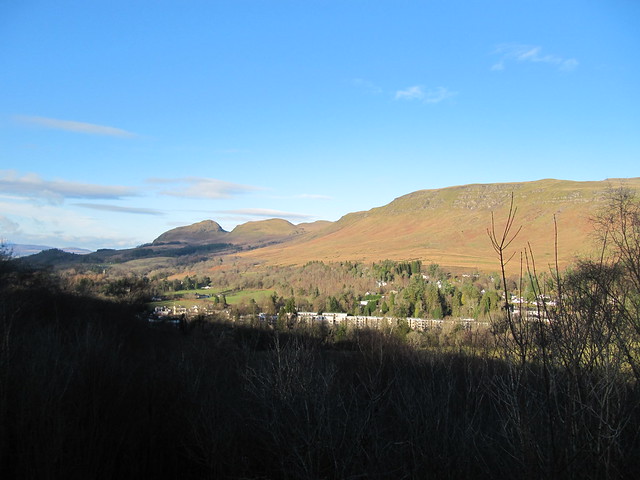 view from the benches (2)

We made the final descent into the village, arriving back at my car at 2:30.

Next stage, Strathblane to Croy. Note to self: don’t make the mistake of wearing specs instead of contact lenses again. Also make sure you’ve brought the boots you meant.