Starting from car park area just past the bridge at Auchallater

I have decided that I want to start to increase our tally of Corbett’s in the future, so with the good weather forecast for the Sunday we made the trip up to Auchallater to catch the two above-mentioned Corbett’s.

We started with Morrone, from the Carpark at Auchallater we headed SW for a short spell down the A83 and then crossed the foot bridge at NO 153 882. Heading in a westish direction we followed the zig zagged track until we reached the shoulder before the final summit. Views were pretty good, better than expected. A final pull and we reached the summit, we stayed for 15mins just to savour. views from the shoulder 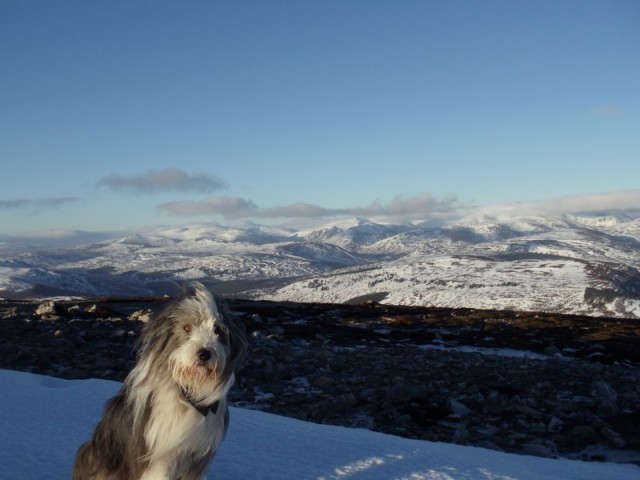 Wilson with the Gorms behind We retraced our steps back the way we had come to the carpark.

NOTE. crampons were used most of the way up the track due to the tracks of mechanical machinery turning to hard ice

Back at the car we top up with some hot soup and sarrnies to help us along with our 2nd trip of the day.


We follow the stated W/H route by following the track that would lead to the loch. About 1km in we then start our climb up the side of Sron Dubh via a faint track hardly visible in the snow.

Once on the ridge it’s about a 3/4km jolly to the south before we reached the summit of Creag Nan Gabhar. This really was a nice walk, only about 150m off ascent over its length.

We then headed for the SE shoulder and started our ascent in a North direction heading for the ford at NO 166 852. The ascent was easy with a lot of good snow to allow good progress. 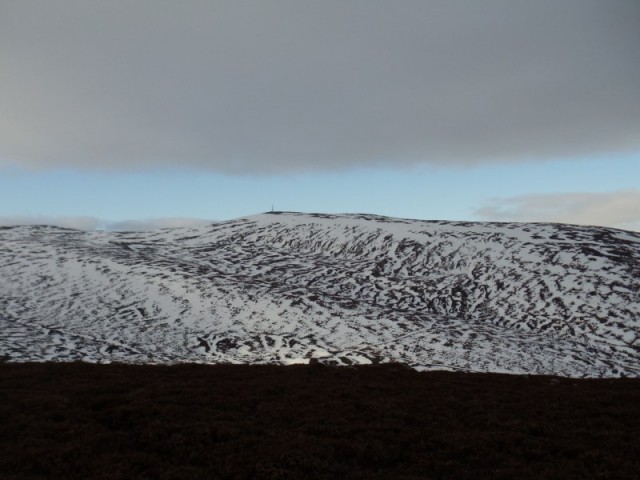 Back to Morrone from Sron Dubh ridge 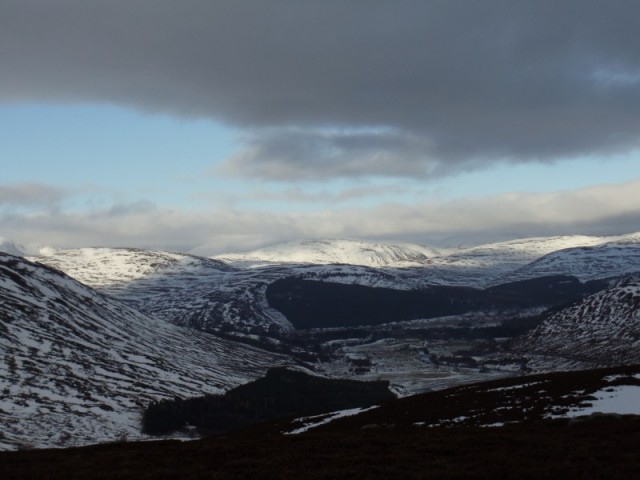 To Braemar and Ben Avon behind ? back down towards glenshee to cold for me Back to Morrone with Beinn a Bhuirid begind Once at the ford we soon realised we would need to get our feet wet so we decided against this, We decide on following the west bank for 1.5km where the river would then be on our side. But our luck was in we soon came across a footbridge after about 1/2km NO 163 856 ( not shown on o/s map ). We crossed there and made our way back on to the track for our final walk out.

What a difference a week makes!

Did Creag nan Gabhar one driech March day so would love to revisit in better conditions as it does make for a lovely half day. Good to know about that footbridge.

Ah Dave, you've started on the serial Corbett bagging now have you?

I enjoyed Creag nan Gabhar when I did it as a little evening jaunt with summit camp last May, although I had issues with the fording of the river in the morning. Story of 2010 for me really, dodgy river crossing scenarios!

One thing, though... The plural of Corbett is Corbetts, not Corbett's. You don't need an apostrophe if you pluralise something (bananas, potatoes etc).

Nice one Dave, your starting to build up your Corbetts. Well done on getting out. Best picture there is the one with Wilson in it. great stuff

Did you get a punishment exercise or one hundred lines for using that apostrophe?