The Best Views and Most Photographed Mountain

The Best Views and Most Photographed Mountain


A Sunday hike battling a head cold as well as the elements saw me traversing a hill side in Glencoe and not doing much ascending! The weather was a bit spicy and I decided to leave the hill for a better day, and for better weather…..

Video of wild day in Glencoe:

I only had to wait six days and with a brief , but stunning, winter forecast I was headed back to the same spot to try again with Tom in tow this time. I never get sick of this hill and in my opinion this has some of the best views in Glencoe if not Scotland. An early start was needed as we wanted to get as far up the hillside as possible for the sunrise. Up at 3am and arriving in Glencoe around 5.45am, we were on our way in the dark before six with the headtorches lightening up the white hillside. A fair bit of snow had fallen in the six days, none of which was consolidated and this made the going a little tough, but with dawn starting to reveal the majestic snow covered Buachaille, we now had a spring in our step. 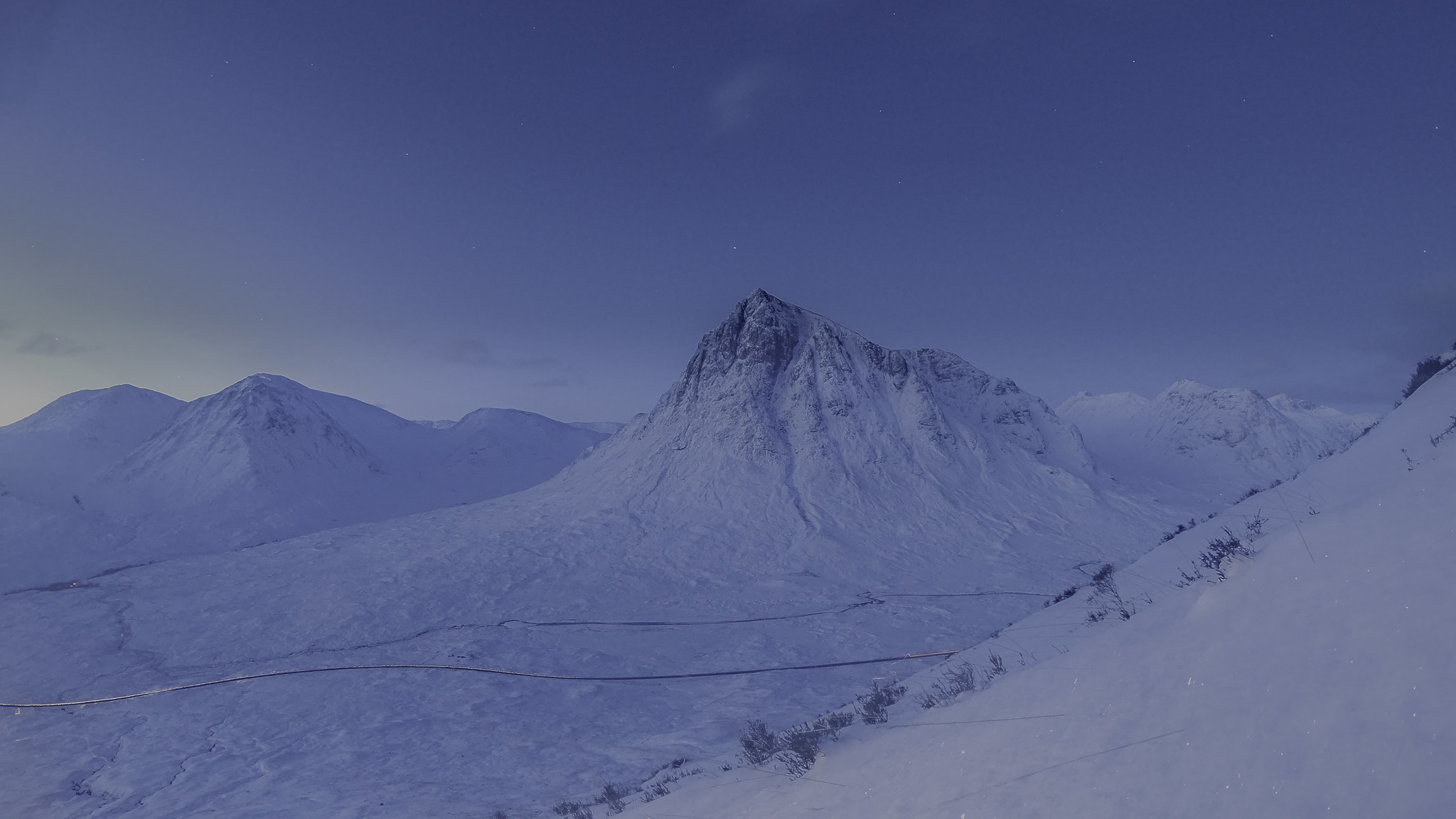 Reaching the ridgeline at dawn we scouted out some nice spots to stop and take some piccies and then sat and enjoyed the sun rising to the south east over Rannoch Moor, always a fine sight and one of my favourite places to do this. 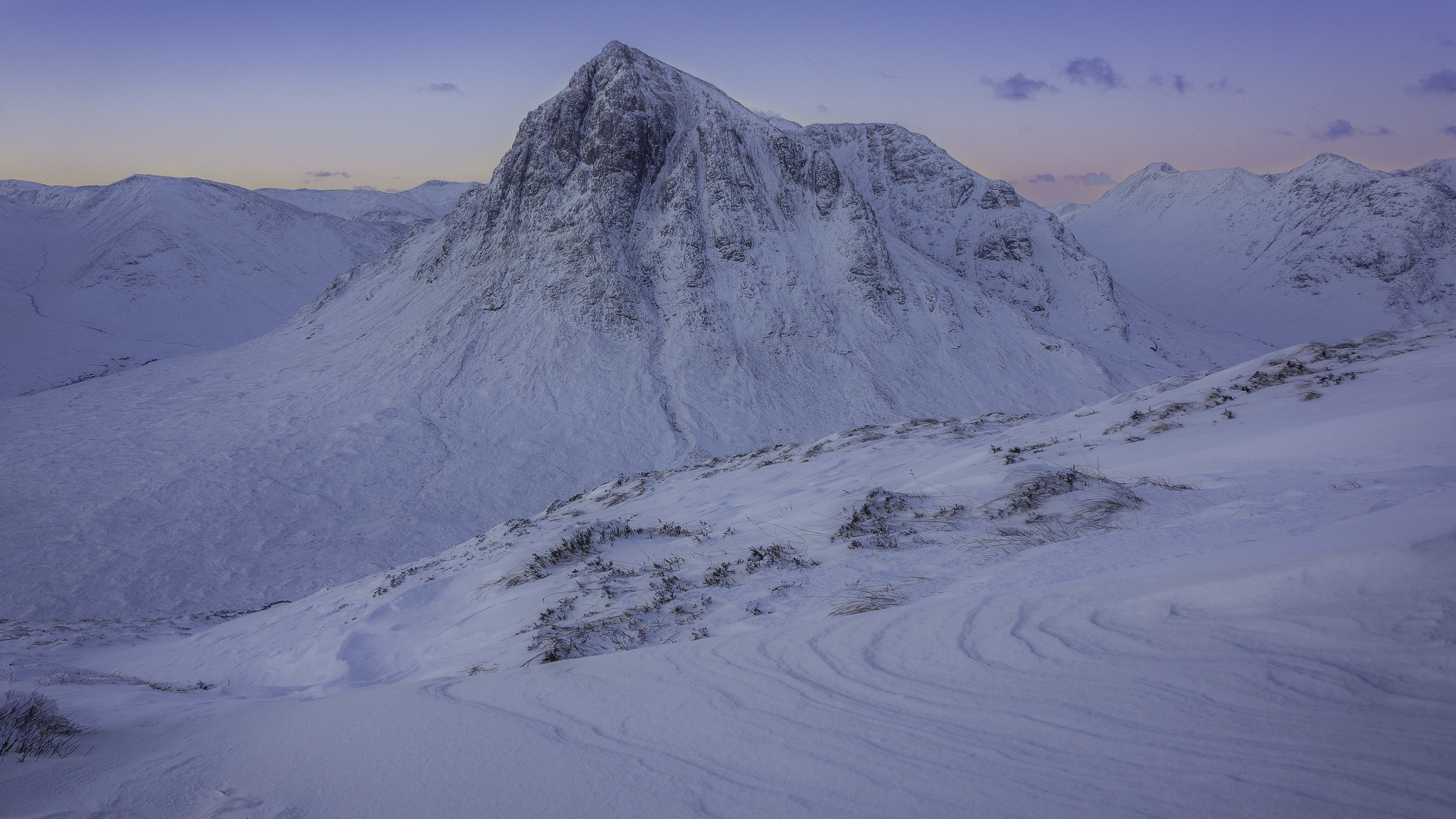 After a few more snaps we were up an on our way to the top. The going never got any easier but who cares the views were absolutely brilliant. We now had the Mamores and The Ben to the north filling our view and eventually topped out with the white expanse of Rannoch Moor providing us with more amazing panoramas. 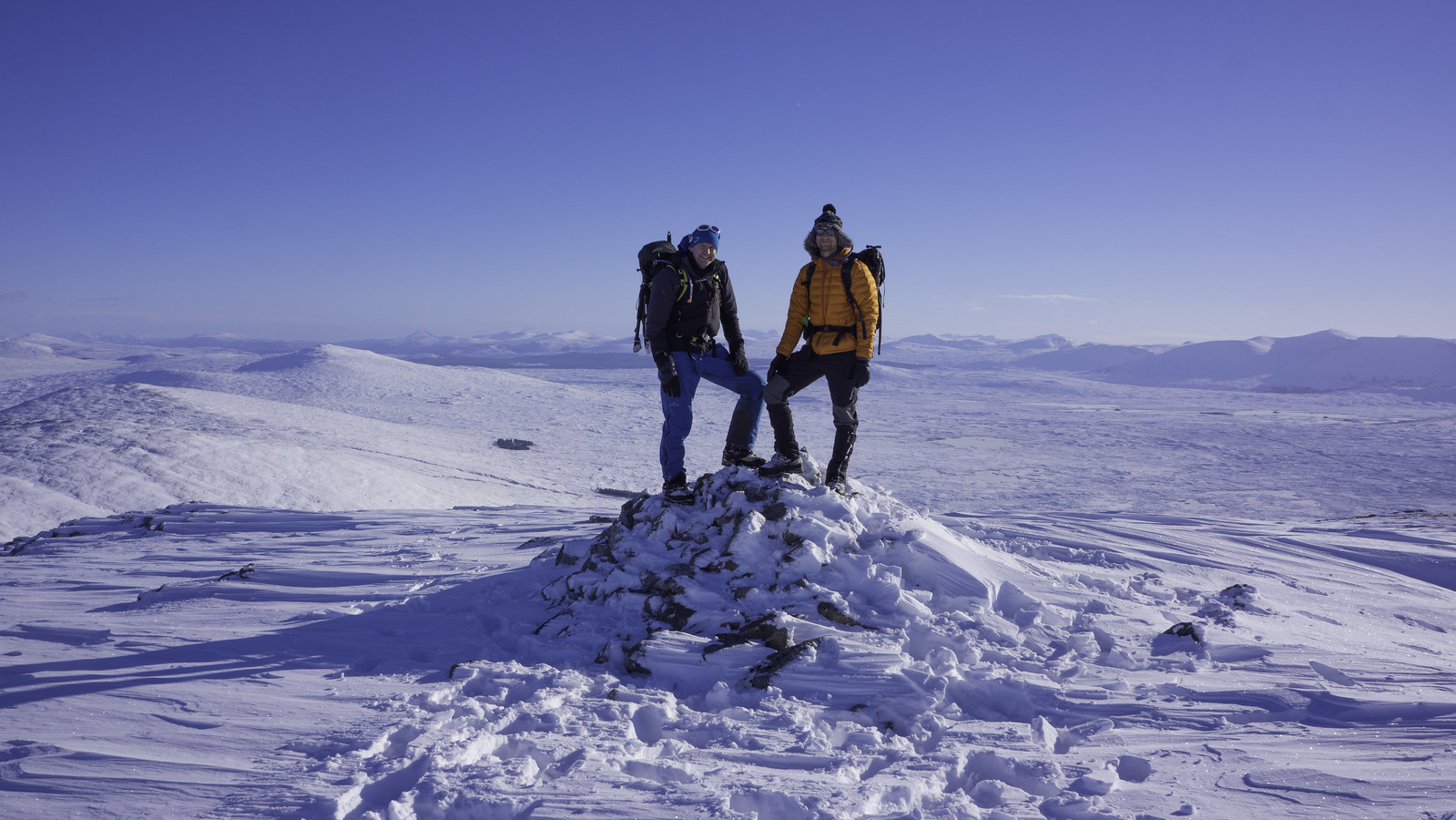 We decided to head back down via the Kingshouse and back along the West Highland way and with the sun beating down the jackets were off and it was just the base layers required with the winds being very light – an absolutely superb day on the hill.

Video of grand day in Glencoe:

Re: The Best Views and Most Photographed Mountain

Looked a bit chilly-baltic up there though

However, it's worth a bit of suffering to be in one of the most stunning places in the world