Old age doesn’t come alone - at least that’s what annoying folk say. After plenty of gym, jogging and rehab exercises it was time to dust down the walking boots and do some good.
Knees feel OK - check.
Back feels OK - check.
Crisp blue sky day forecast - check.
2 well trained and behaved pups - hmm, we’ll see!!
Glen Clova seemed a good choice and thought Ben Tirran via Lochs Brandy and Whirral. But - could be a bit much for a first walk so common sense prevailed and I settled on the direct route up starting from the gate at the west end of the Adielinn Plantation at GR 364715. There is enough space to park one car next to the gate and 2 or 3 more along the roadside before Wheen Cottage.
Through the gate and followed a faint moorland path which follows the west edge of the plantation and then meets a vehicle track. Turned right, crossed a ford then met the estate track which comes up from Wheen. Turned left and followed the track uphill to the bothy at the south end of Loch Wharral. 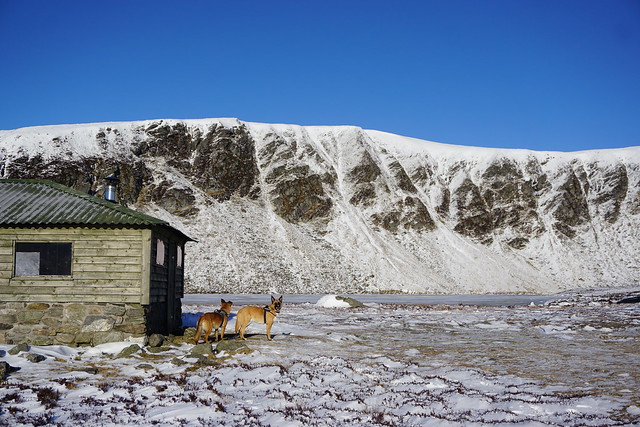 Frozen Loch Wharral and The Craigs 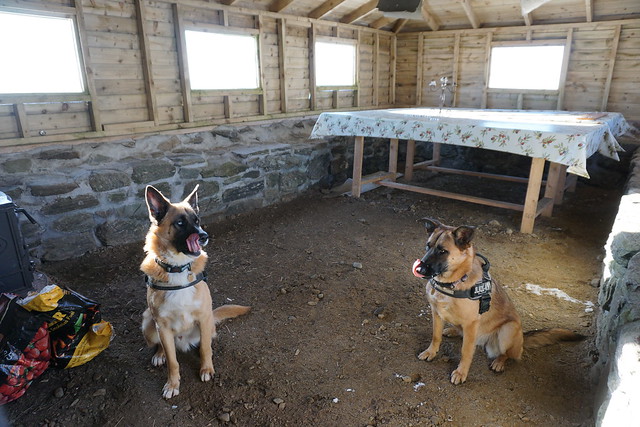 Right porter, break out the snacks!

This sits at about 630m and proved a nice place to get out of the bitter cold, get fed and watered and admire the view of the frozen loch and the Craigs of Loch Wharral. Ended up staying for half an hour as an estate stalker popped up on his quad bike and stopped to chat. His job for the day was firing rockets to flush out foxes. We then set a course for the south end of the summit plateau and started directly up the hillside on a calf burning pull of about 240m. 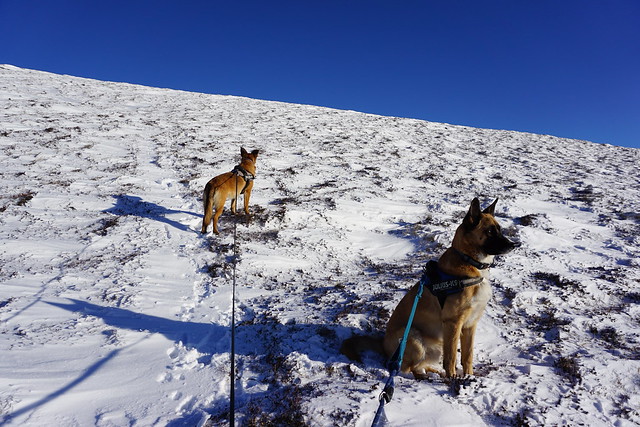 All to the backdrop of the noise of explosions as the rockets fired into the corrie. I don’t know what happened after the rockets went off but I’m guessing it didn’t end well for the foxes. Once on the plateau the gradient eases to a very gentle slope heading NE to the summit trig point. 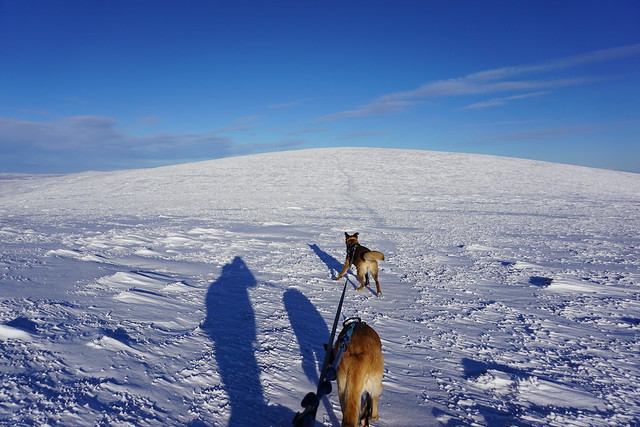 On the plateau heading towards the summit. 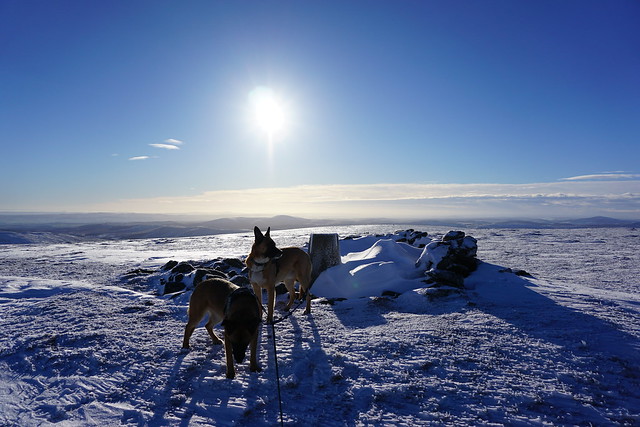 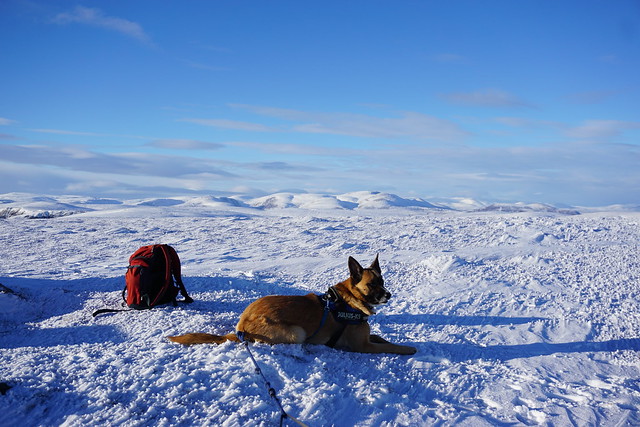 On descent I retraced the outward route until half way down to the bothy then headed almost due south to pick up the estate track.

Jawnee’s view: a short, easy ascent on estate tracks and heather. Nice scenery at Loch Wharral. The plateau would be pretty featureless in poor visibility and would require careful navigation.

Re: First Wee Stretch of the Wee Legs

Certainly got the weather for it that day. Was there a couple of weeks ago and low cloud and high wind prevented me doing your original route or any route.

Back in 2017 I tried to cross over from Loch Lee but too little daylight hours to cross the distance. Also there are is a double electric fence for quite a stretch near muckle cairn I think it was, not sure if you saw that or not near Ben Tirran

Re: First Wee Stretch of the Wee Legs

We were caught up in a massive thunderstorm on Carn na Breabaig, We noted a petrified fox belting down the hill ahead of us, and thought he was terrified of us because we had all this amazing weaponry, but I suppose big noises freak them out and they break cover whatever it is.