Back to Bynack, plus Cairn Gorm.

Back to Bynack, plus Cairn Gorm.


It was time for another visit to the Cairngorms. We had Lawrence and Bob along for company, though I had different plans from Jaf. He was wanting to get Bynack More and return via Cairn Gorm. I was wanting to do Ben Macdui, returning via Cairn Gorm. Sounded a good plan, but forecast and weather once we got there, made us think again. Low cloud and windy to south, but was still a lot brighter, if a bit breezy to North. Big Jasper onto his second sandwich, by the time I got to the top of Bynack More.

With conditions looking tricky for navigation, we three, were more than happy to stick together with Jaf and hopefully get finished before weather deteriorated. I had done BM before, but enjoyed the route from Allt Mor car park, once again. Got a bit wet and windy near the summit, but cleared again for a while afterwards. 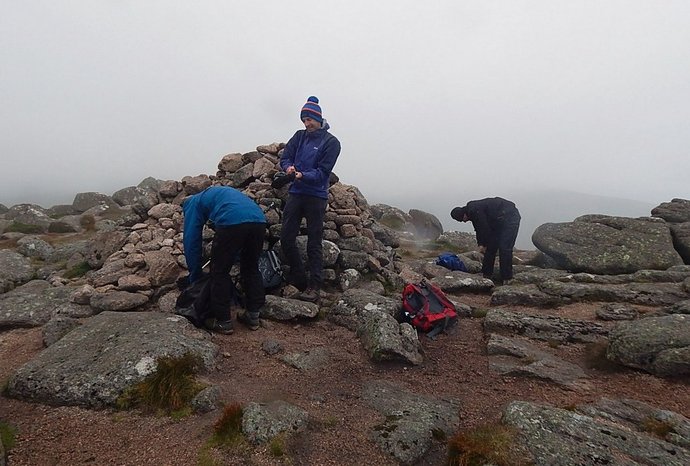 Beinn a' Chaorainn, another Munro, still clear, in the background. 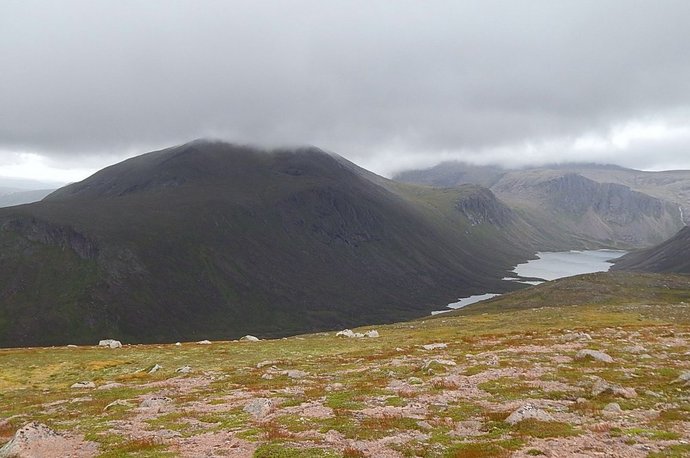 Beinn Mheadhoin, off to the left. Loch Avon below.

Made our way round to Loch Avon, traversing round A'Choinneach to The Saddle. Would be a great spot on a good day, but it was fairly dreich by now. Jaf and Lawrence, soon struck up path North toward Ciste Mhearad. I thought I saw a path going more NW to Cairn Gorm, but was probably mistaken, so me and poor Bob, had to hurry along to catch the other two. Ben Macdui, intended target for some of us, shrouded in cloud in the distance. No go today :( The lads looking a bit fresher after the squall on the top of Bynack More. 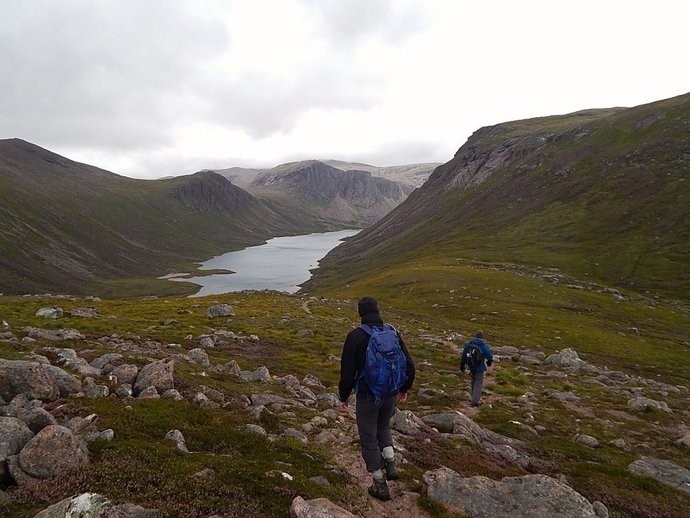 Lawrence and Bob, heading for the Saddle. 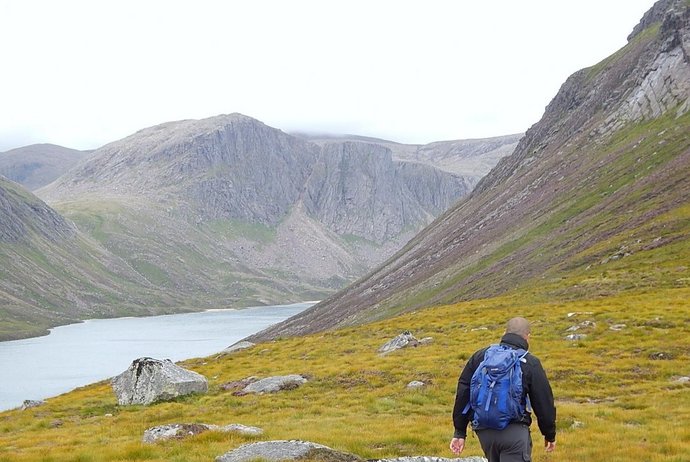 Carn Etchachan and the Shelter Stone Crag, beyond Loch Avon. Bynack More, our first hill, off to the left. Bob, checking the racing results :)


We then turned Westerly, for a further grind up to the summit station of Cairn Gorm, where there were loads of folk, who had already come up from the car park, including a fiddler, no less. We didn't spend long there, before heading back to the car park. Met more than a few folk coming up, quite under dressed for a worsening weather picture. We must have drawn a glance or, two from folk thinking we were a bit over dressed 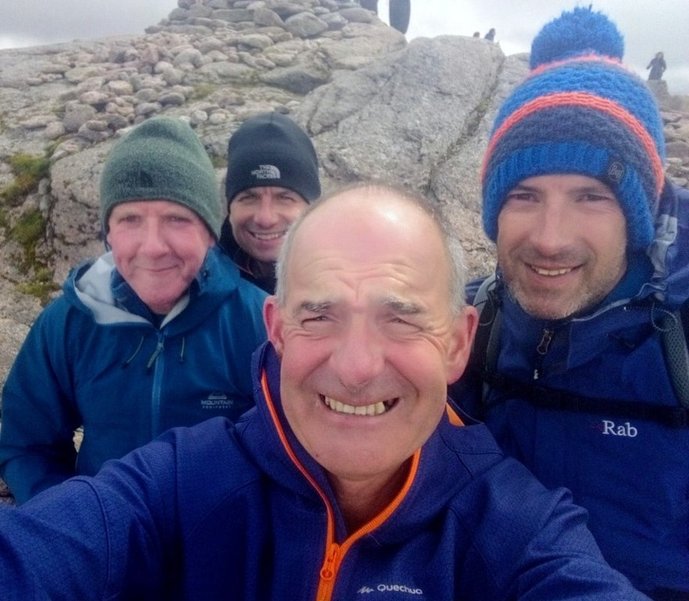 
Alas, the ski car park, was not where our car was. Retrospectively, we could have just have waited there for Lawrence to pick up his car, but being decent fellows we accompanied him down the longer than expected trudge to the Allt Mor car park.

Tourist bus takes wrong turn at Aviemore :) Might not have done many runs after this. Not the best of days weather wise, but a nice route and another Munro ticked off, though I remember going up the ski lift to the top, in about 1976, or so. Coire an t-Sneachda and Cairn and Lochan. The Northern Corries. 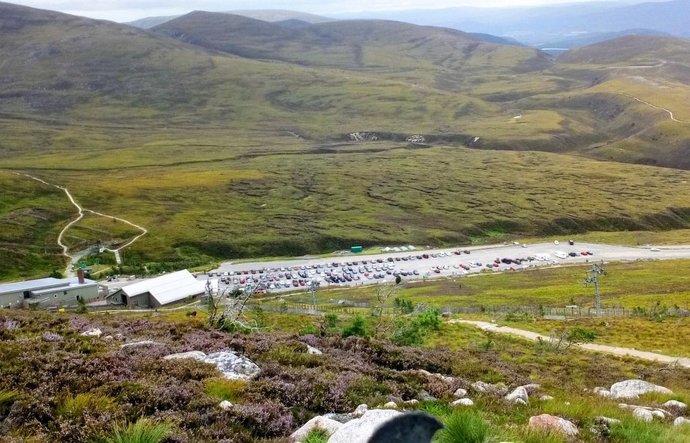 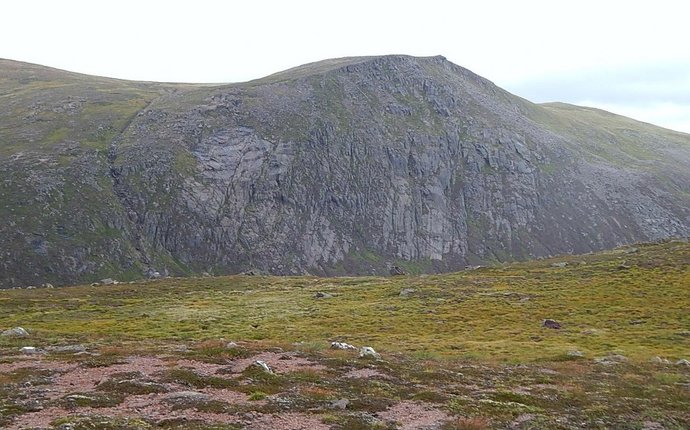 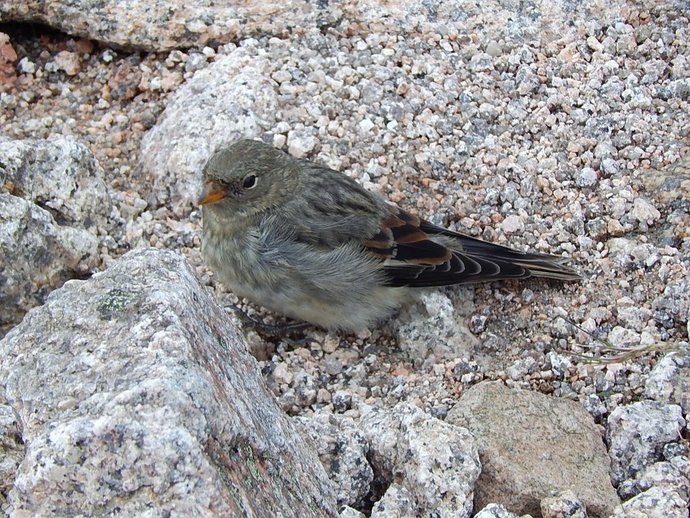