What’s wrong with this picture? It’s so mild, where’s the winter? Forecast was sunny, no wind and 16oC - I would be happy with that in July/August - but February? Jawnee wants to play in the snow.

Battock/Clachnaben from Bridge of Dye seemed a good choice - still easy enough but with some distance and ascent to give a bit of a workout. I had read on other reports that Bridge of Dye was a better route as the approach from Glen Esk was a bit of a motorway with estate tracks everywhere and I had always thought Clachnaben looked worth doing. I was right on one of those counts.

Start from the car park north of Bridge of Dye (car thermo was reading 18oC - and it was parked in the shade!) Take the path to the left of the notice boards and head uphill then downhill through the pine forest joining a track at the edge of the forest. Turn left down this track and follow it over a burn where it then splits - take the right fork and follow the track across Miller’s Bog. There are three good streams along this path for doggie drinkies/cooling (or human drinkies/cooling!) 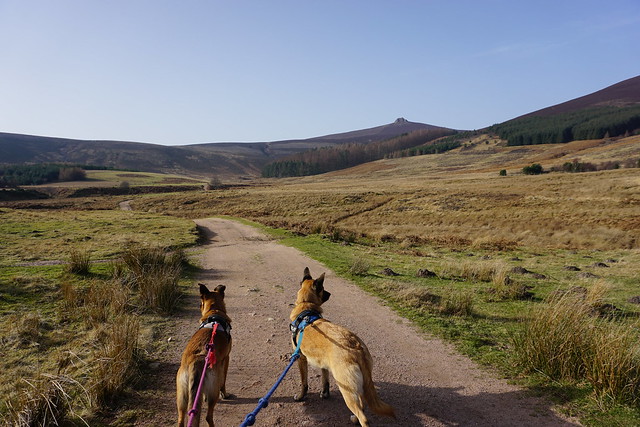 Looking west from the path across Miller’s Bog.

Cross a stile at the edge of a plantation and follow the path round to the left and emerge from the trees and head uphill through the heather on an obvious, good path which heads up to the tor on Clachnaben. 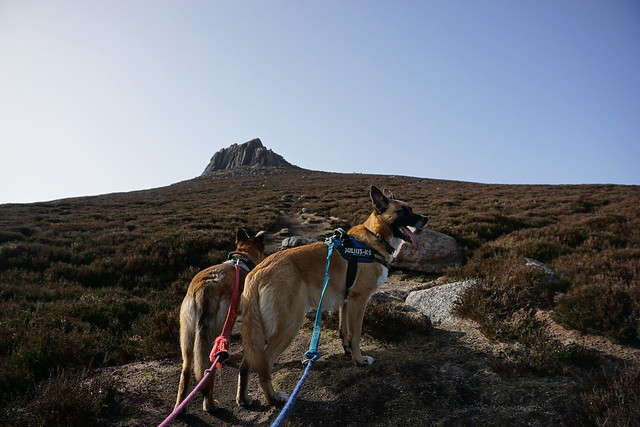 A short, barely-a-scramble lands you on top of the granite tor - a trig point lies just to the west. 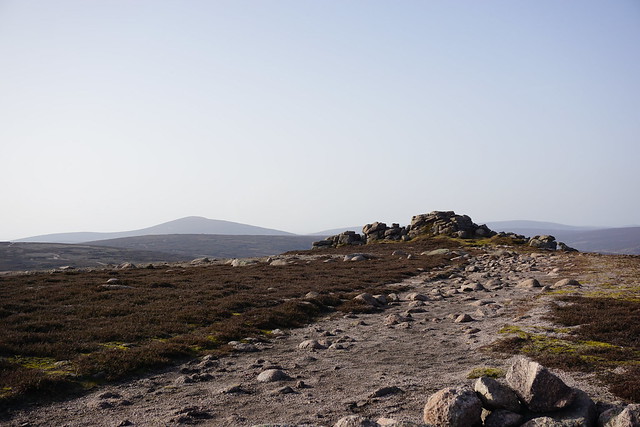 Looking to Mount Battock from Clachnaben.

A wide path then heads west-ish along the very broad ridge to Hill of Edendocher where it joins an estate vehicle track which is followed, with gentle ups and downs, until the final rise to Mount Battock. There are many grouse, many grouse butts and many tracks, posts and other paraphernalia associated with ‘grousing’. I thought part of the appeal of shooting in the hills was the trek across country to reach your quarry - fresh air, scenery, healthy exercise et al. Here there is a highway going up every valley and along the ridge taking shooters to within a few metres of the grouse butts. Lazy butts for lazy butts, I guess. 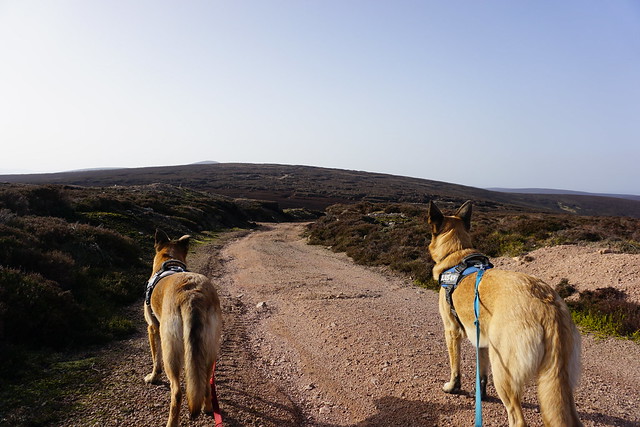 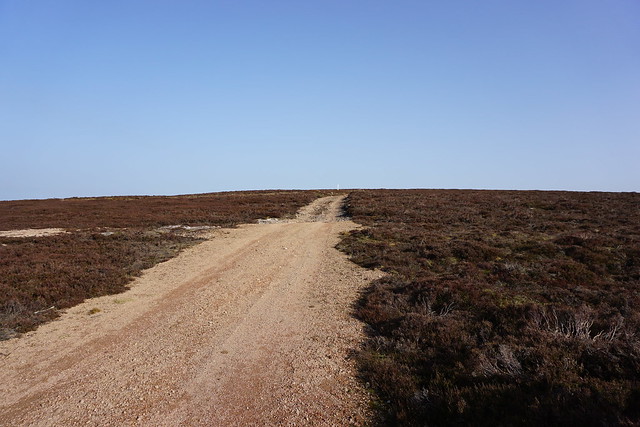 It’s pretty much all like this - I could drive my car along here. Basically it’s a road walk. There are more grouse along this ridge than I have ever seen. Had to keep a good hold of the pups as every time a grouse lifted they would want to say hello to it....

The track splits just before a green roofed hut, take the left fork and follow the track, which becomes a grassy path up onto the summit. 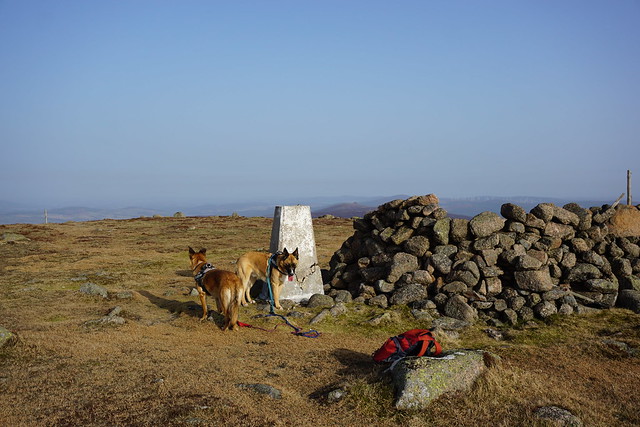 Summit at last. Temperature was 11oC - crazy!! Barely a breath of wind. There was one tiny patch of snow on Mount Battock and a few small ones on Mount Keen. I can’t really give an opinion on the view as a haze had settled in - making it look even more like high summer. 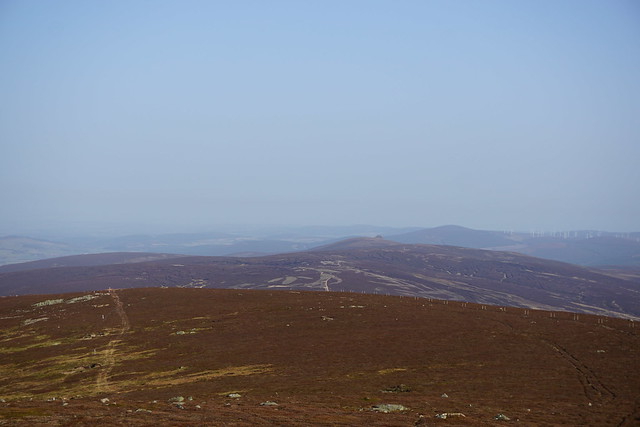 As I found out - on descent of course! - there several shorter paths heading off from the track up towards the summit.
It looks a really long way back from here. I retraced the route back to the car park.

Jawnee’s view: The sections to and from Clachnaben are by far the best of the route. It’s a cracking wee hill. About the rest of the route I would say it’s good for folk, like me, who are building up their fitness and want to try some distance without the risk of knee failure in the middle of nowhere. As a hill walk it makes a good road walk.
NB Once out of the forest plantation there was no water source on the ridge bar a pond which has been excavated between Clachnaben and Hill of Edendocher. If you’re doing this route in hot(ter!) weather then take plenty especially if you have dogs. I took 2.5 litres and used it all - and the dogs drank in the streams on Miller’s Bog.