A One Way Ticket to The Views

A One Way Ticket to The Views


Have always fancied a traverse of these two but transport logistics make it a bit awkward. When I heard some pals were going bagging up Bridge of Orchy way, it was too good an opportunity to miss. Also, I hadn’t made it out much this winter so with the forecast being a fresh fall of snow, followed by sunshine and rising temperatures, this was it. Much pleading and promises of bearing gifts of booze later, we were on our way to leaving my car at the Balquidder road end car park and getting dropped off at the A85 start point near Benmore Farm. It was then we realised that it was absolutely freezing, bitter cold and we were ascending in the shade, which meant no sunshine until we were almost at the summit. So much for melting snow. We walked along the signposted track until we were through the gate then headed straight up towards the top of Ben More staying well to the left of the corrie. It’s a leg burner, especially in snow, but a bit of determination soon got us up onto the summit. The views were stunning. Being the highest ground for miles around makes for a great vantage point.

West towards Ben Lui from high up on the NW side of Ben More. 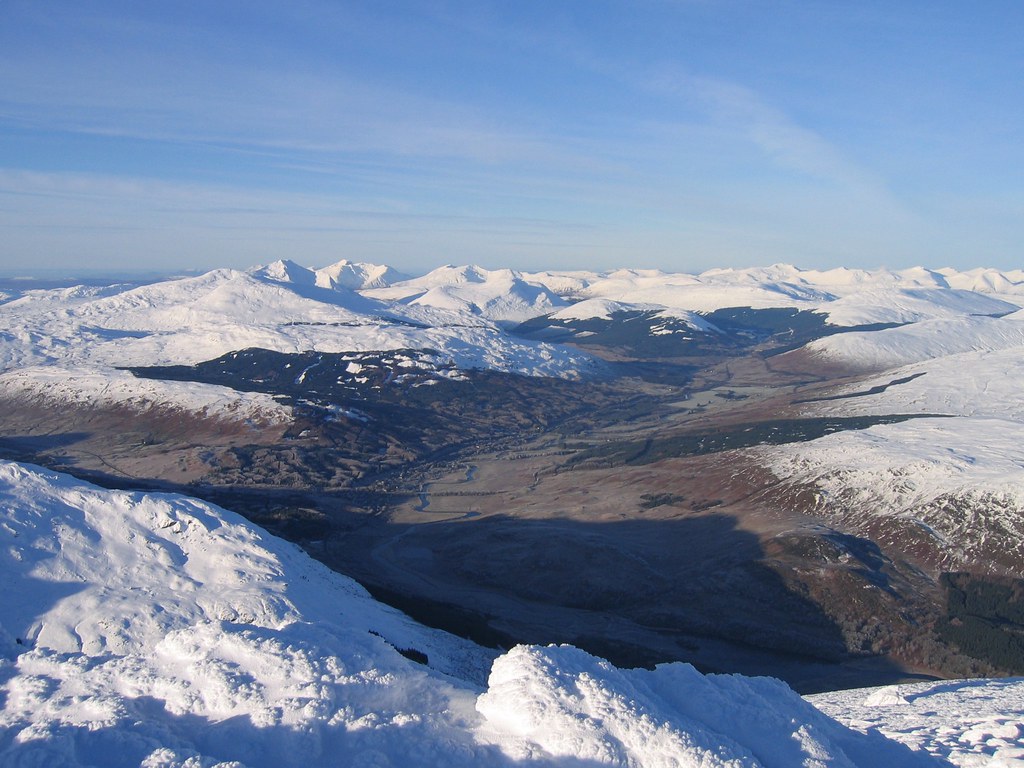 There’s a summit somewhere under all this. 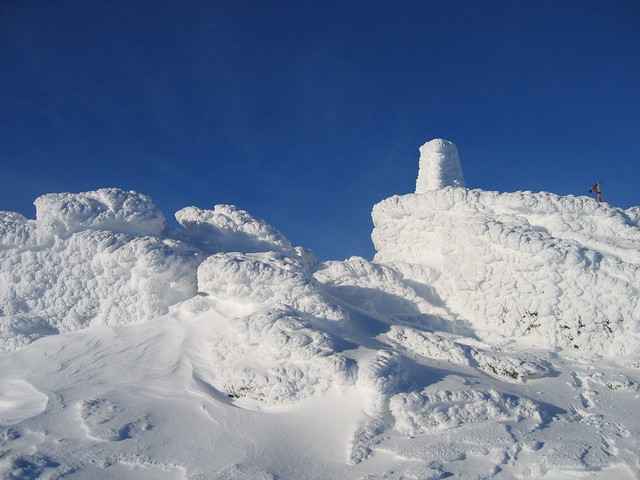 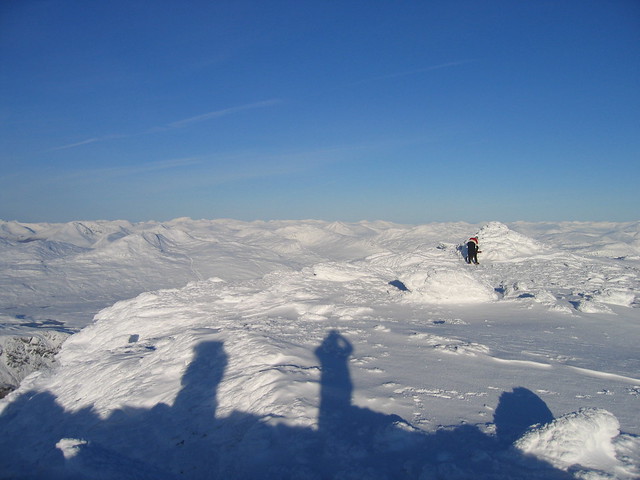 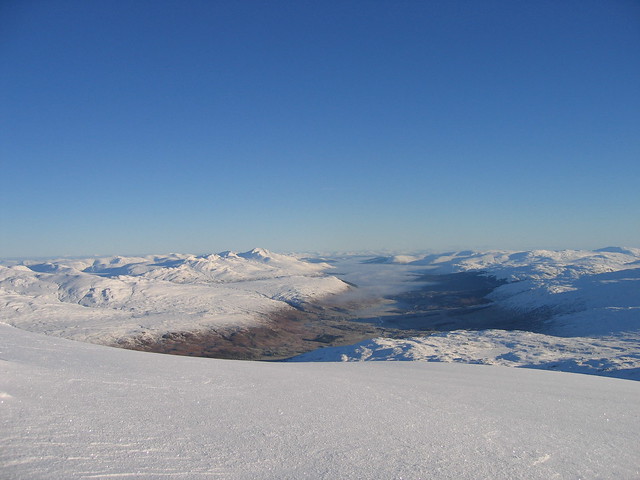 Looking over the dip to Stob Binnein. 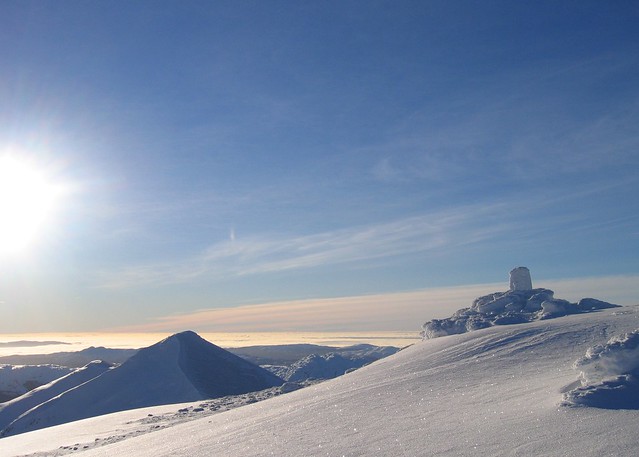 A 300m descent brought us down to the Bealach-eadar-dha-Beinn, which meant a 300 m pull up the other side to the summit of Stob Binnein. 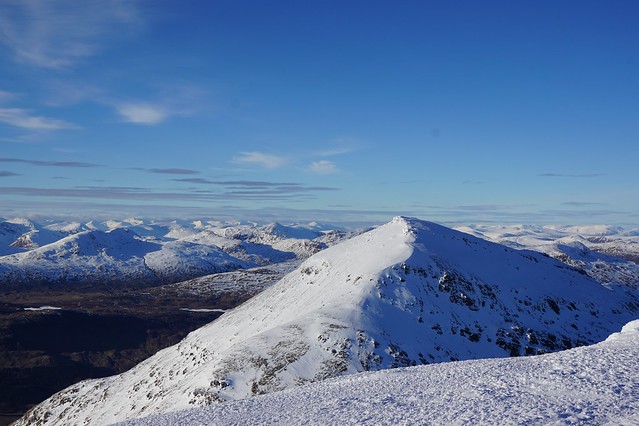 Descent down the south ridge of Stob Binnein. 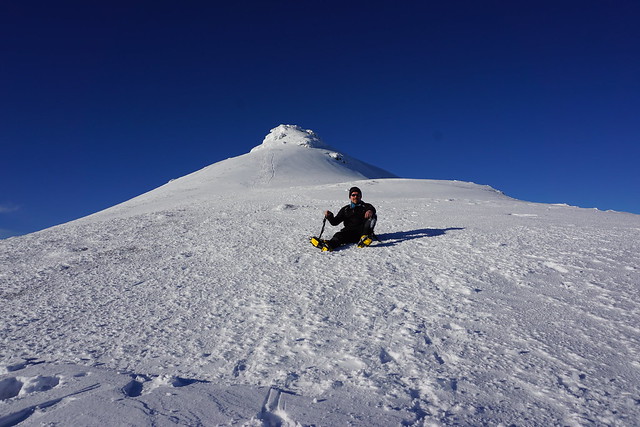 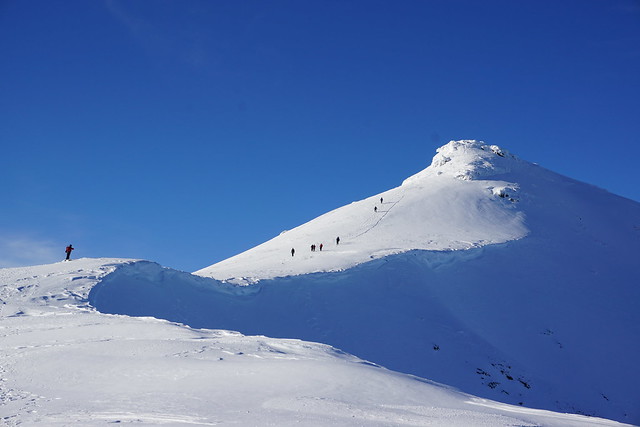 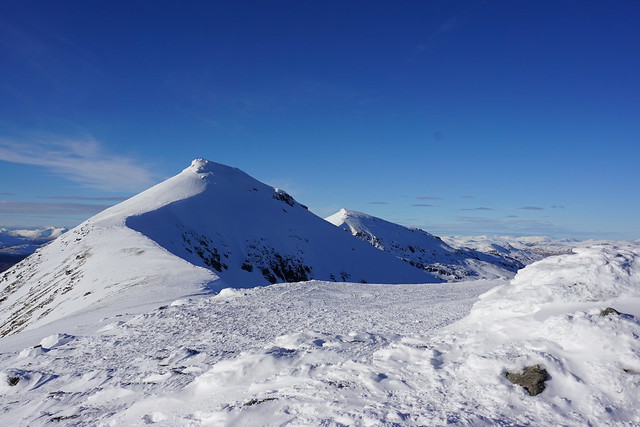 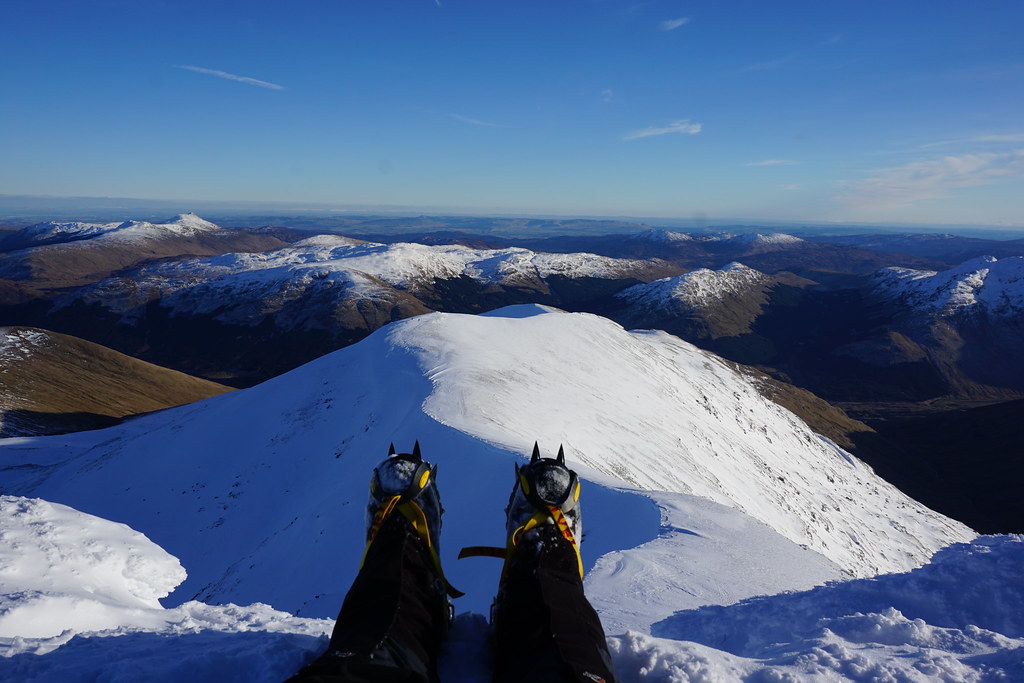 Looking back along the south ridge. 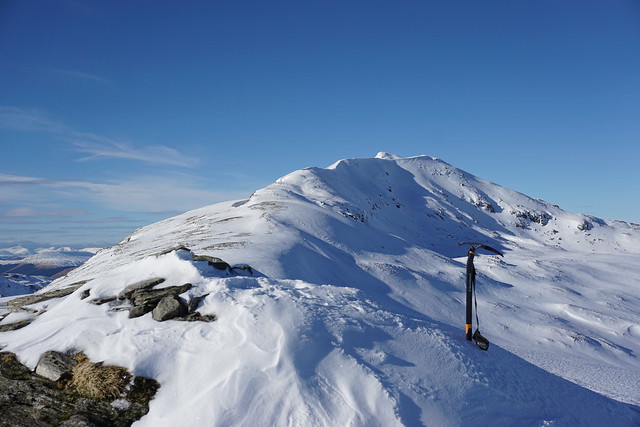 As we descended below the snow line a lovely view opened up towards Loch Voil and Ben Vorlich. 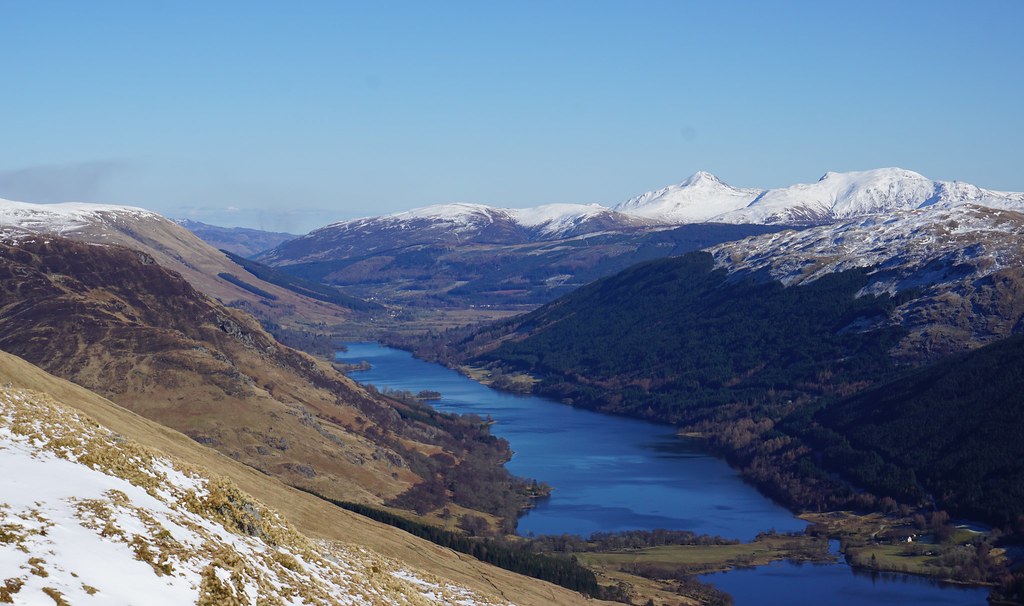 From here we headed south until the slope steepens at about 700m then crosses a stile in a fence at about 600m. There were a few crags which were easily avoided and a deep stream gully which can be avoided by staying to the west/RHS as you descend the slope. The steepness meant we were quickly down at the roadside and a quick hop over a stile brought us to the car park near Inverlochlarig. What a day!

Jawnee’s view: Great route to do if you can arrange the transport. Stiff ascents rewarded by fantastic views. This could also be done south to north - the ascent of Stob Binnein’s south ridge under snow is a lovely route. This way may be easier as you avoid the direct ascent of Ben More.

Re: A One Way Ticket to The Views

Those are some top-notch pictures

Re: A One Way Ticket to The Views

Thanks. I ended up with about 50 great pics. It was one of those days where you couldn’t take a bad shot.