Saturday was largely spent nursing a hangover from a works night out, but it didn't matter too much as the weather was pretty uninspiring. For Sunday, Jackie and I had discussed meeting somewhere halfway for a day out, as the weather looked much better then. Pitlochry seemed to be a handy meeting point as one of us could get the train then. In the end, we decided to both get the train and do a walk that started from the station - cue a much more relaxed trip than it could have been!

No need for an early start, and Jackie's train arrived within a minute of mine - handy! We weren't really in a rush, so we headed for a cup of tea and an early lunch before starting out, finally getting going at about 12:30. I had a vague plan of Ben Vrackie, but via the longer Killiecrankie approach. Jackie was good with this, although wasn't sure if she would be up for the summit, that muscle injury still lingering. But even without the summit, the Bealach walk is a good circuit in its own right, so no need to decide until later exactly what we were going to do.


Map.gpx Open full screen  NB: Walkhighlands is not responsible for the accuracy of gpx files in users posts
Back down past the station and under the railway had us on the shores of Loch Faskally on a good path. 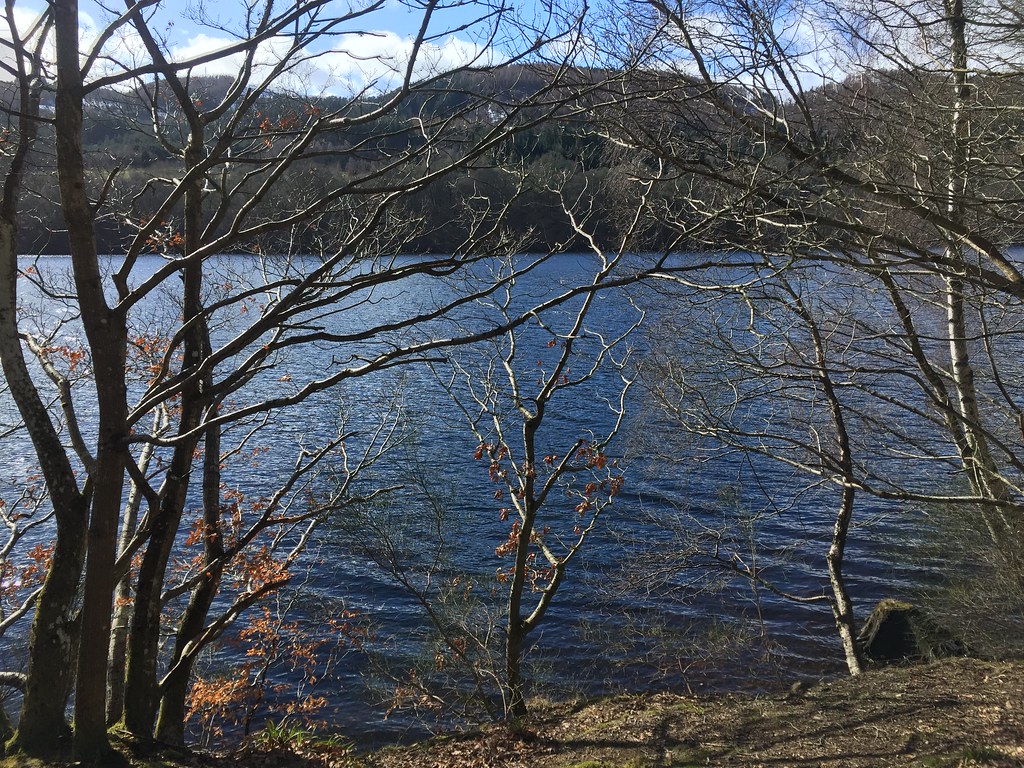 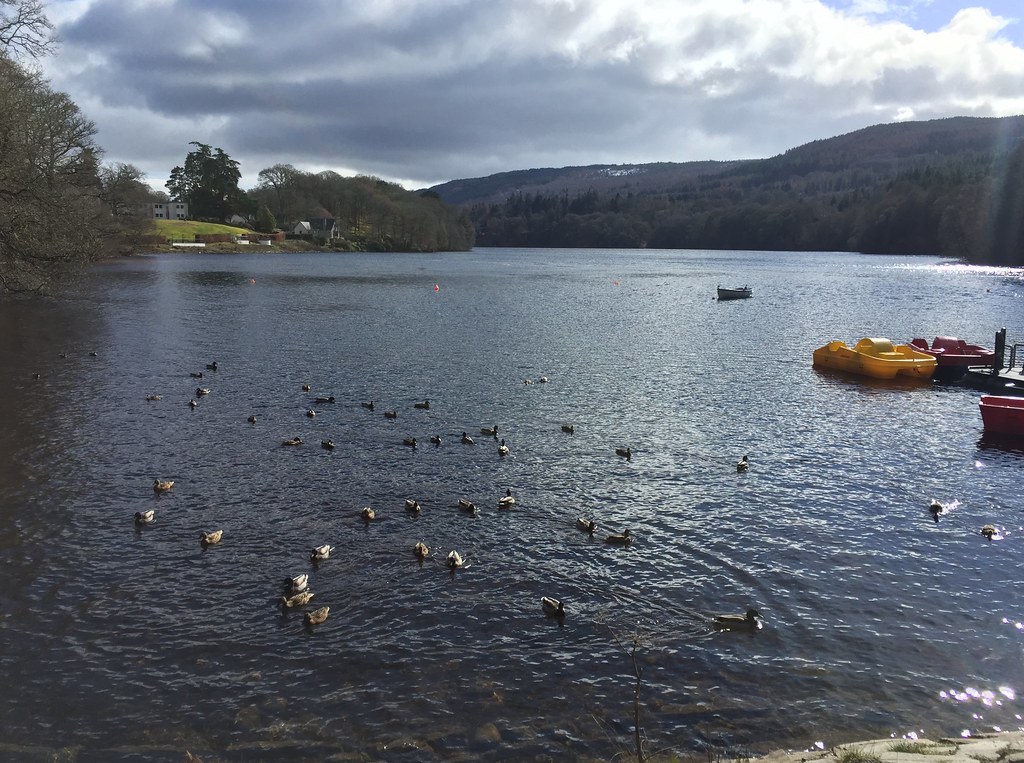 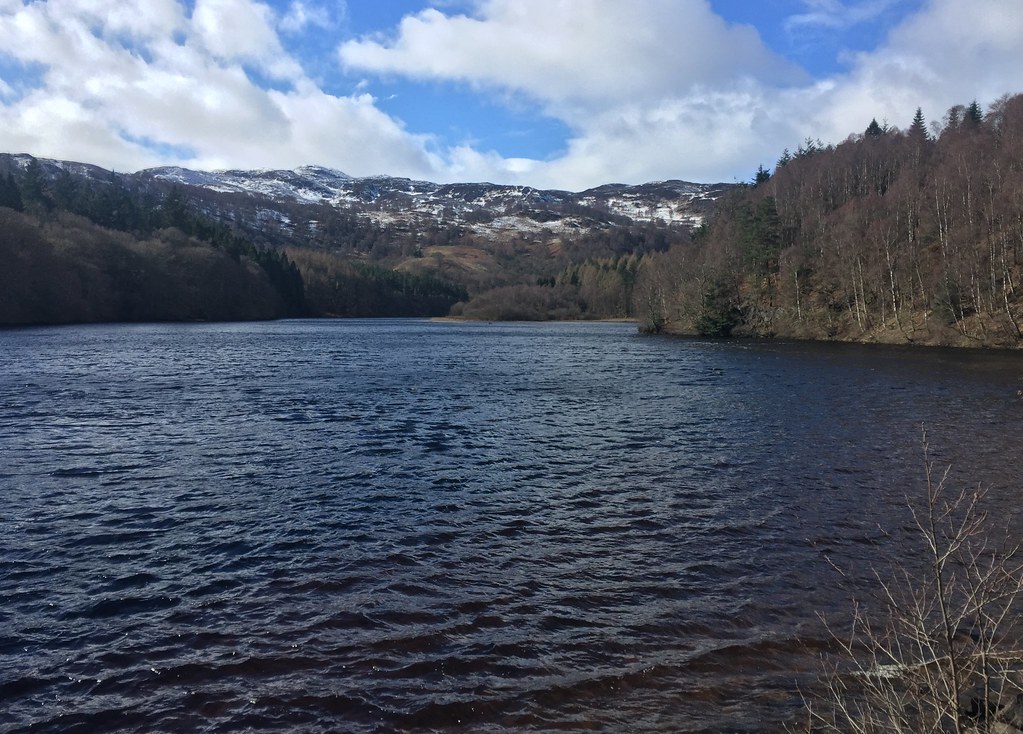 Hills to the north of Loch Faskally

Just before passing under the A9, we discovered a map of waymarked trails - it appeared that we would be doing the Bealach route (as marked by blue posts) with a short diversion to the summit of Ben Vrackie if we fancied it. Waymarked routes - whatever happened to us?

Despite the waymarkers, we briefly went the wrong way and had to retrace our steps to get under the A9! 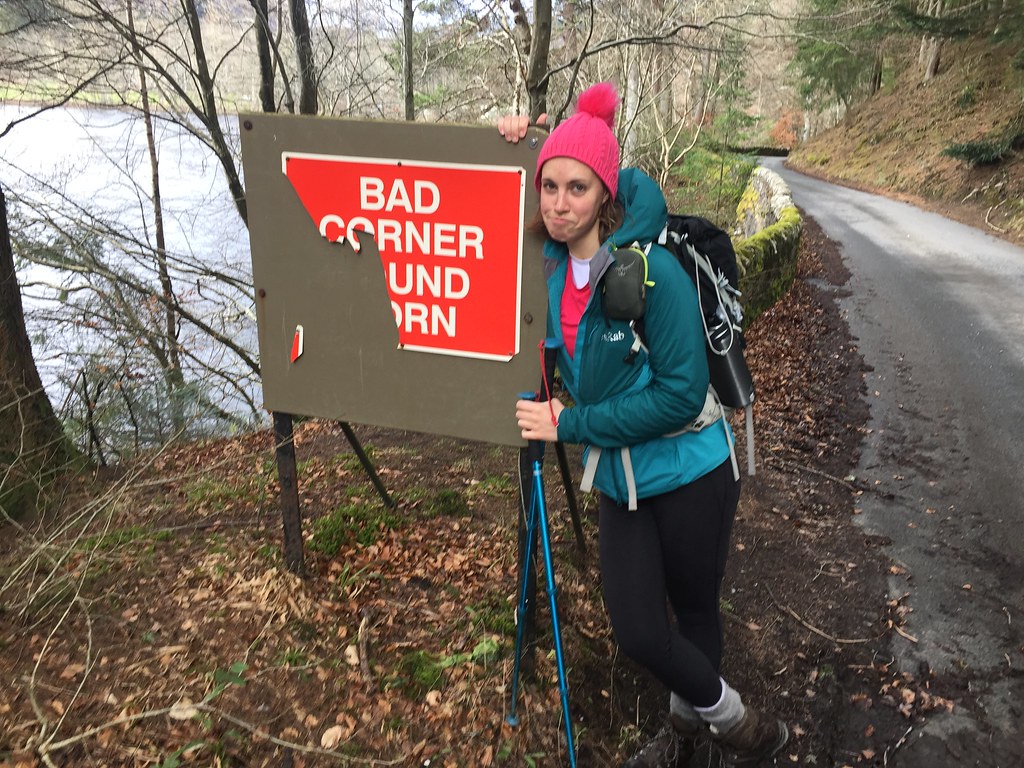 Like the naughty step, but for people who are more stupid 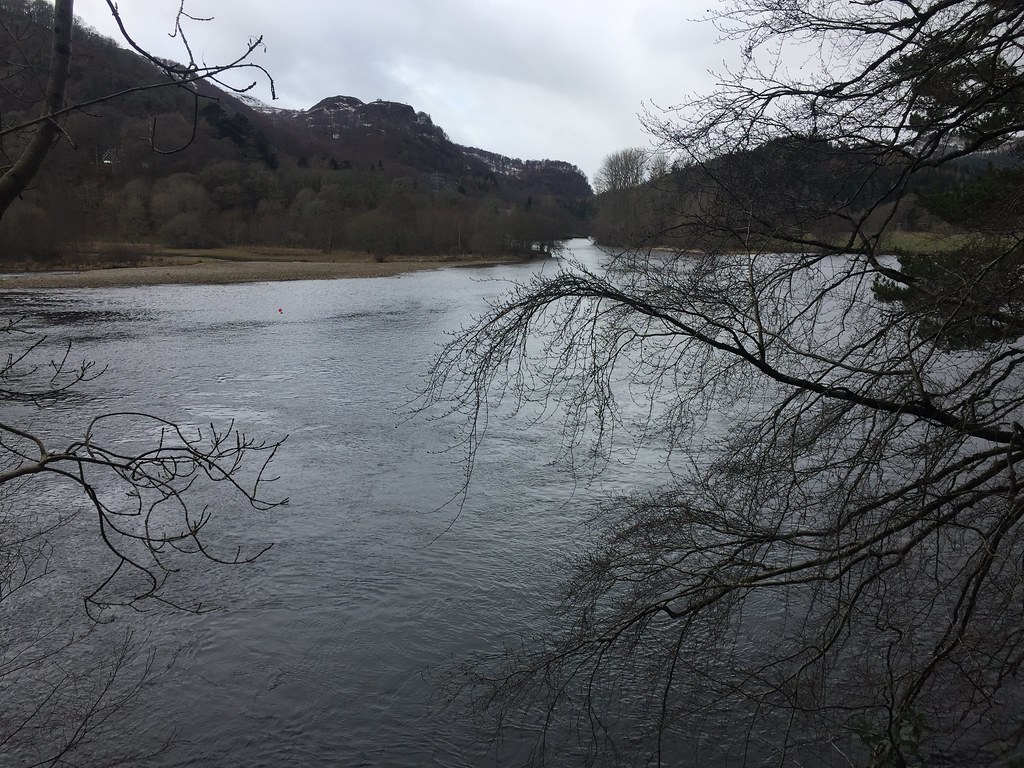 Then it was an easy stroll along the rest of the reservoir and banks of the River Garry, as a short shower hit us. Further up, we could hear music coming from the Garry Bridge above. There was a bungee jumping session from the cage below the bridge - always wondered what this was for! 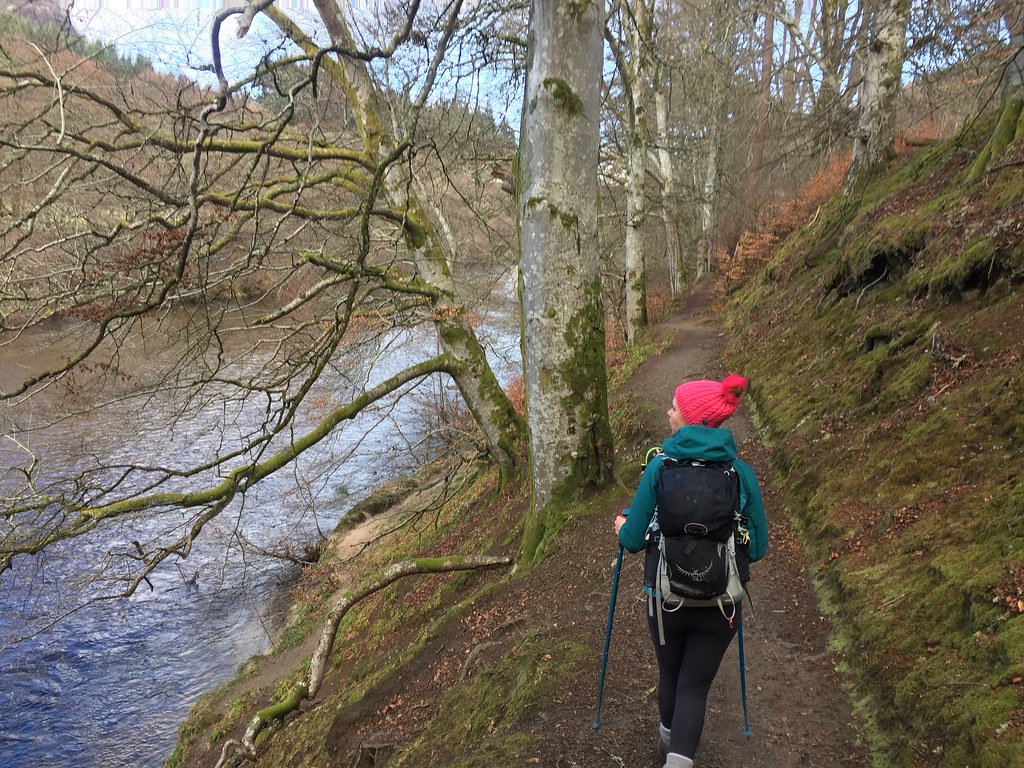 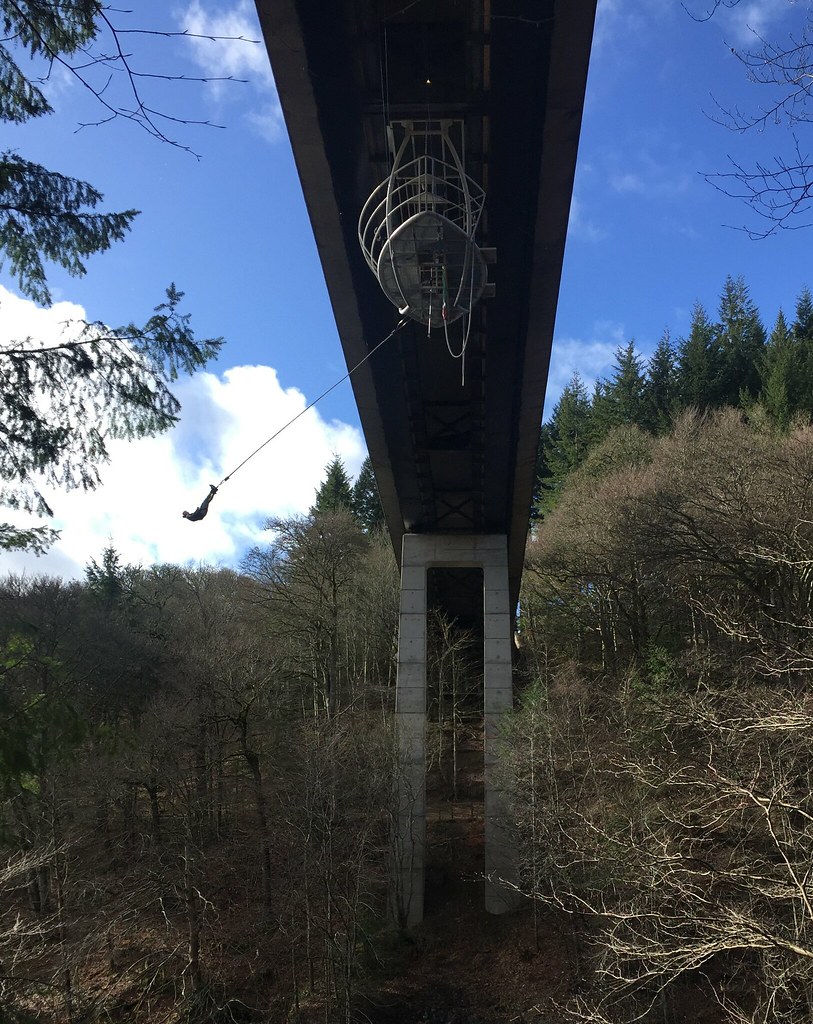 Bungee jump off the Garry Bridge

The rest of the gorge is nice too, but before long we were climbing up to the old A9 and taking a bridge under the new one. Then a walk up past the water works and finally into hill territory. Views of Vrackie ahead were great. 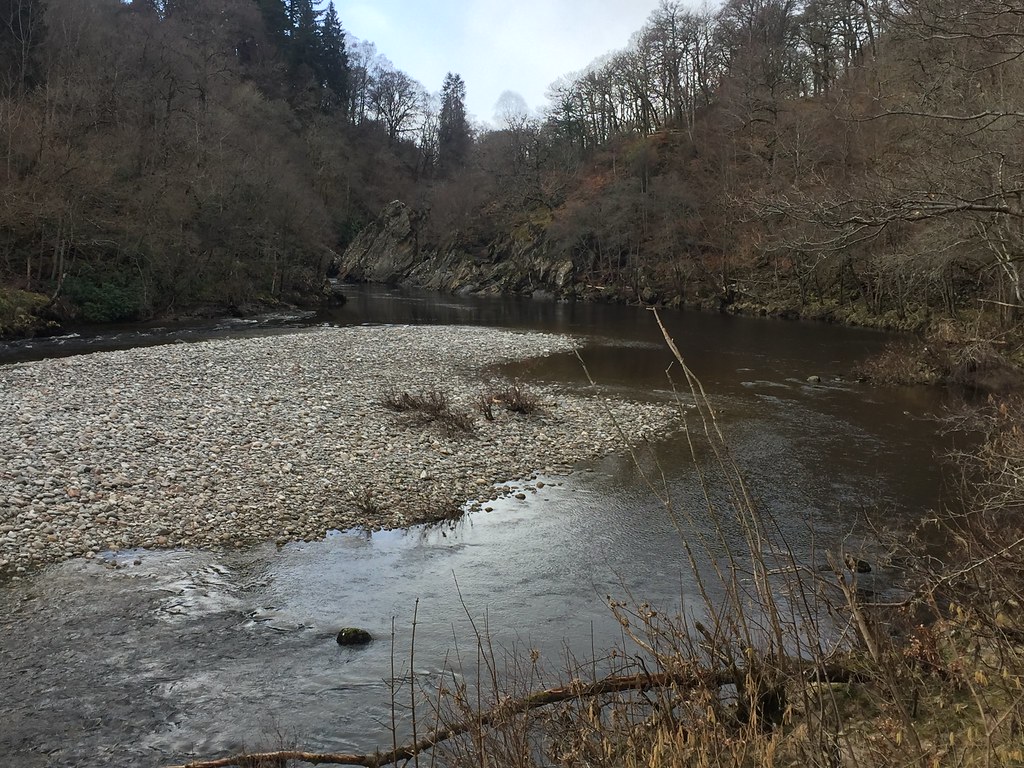 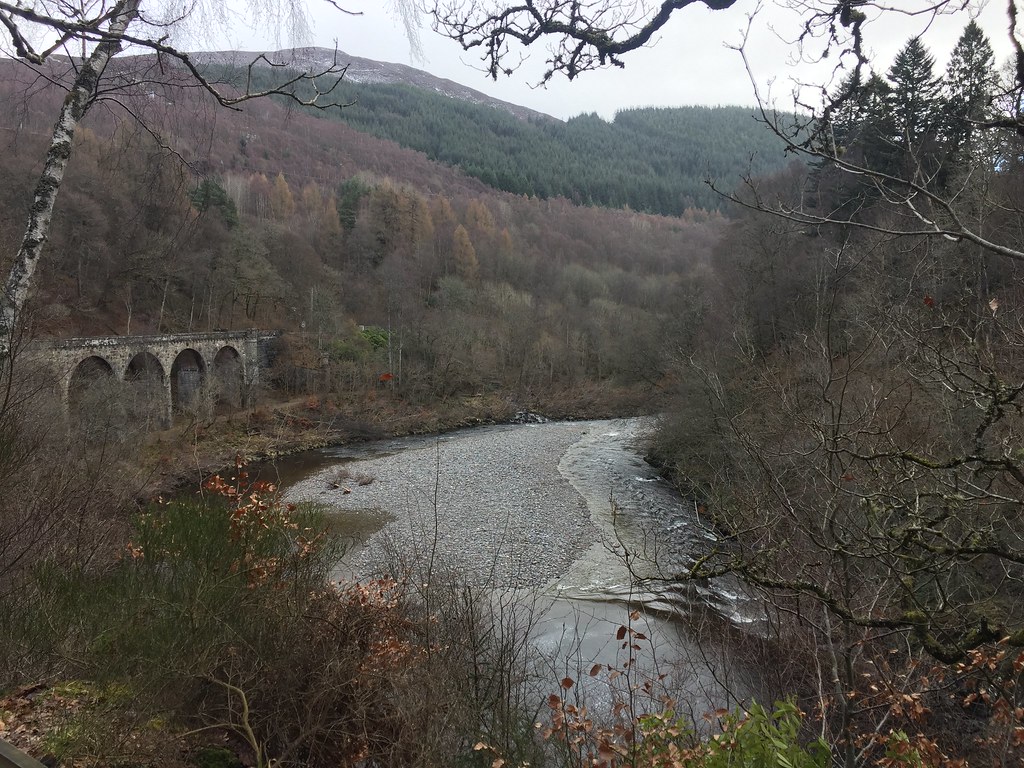 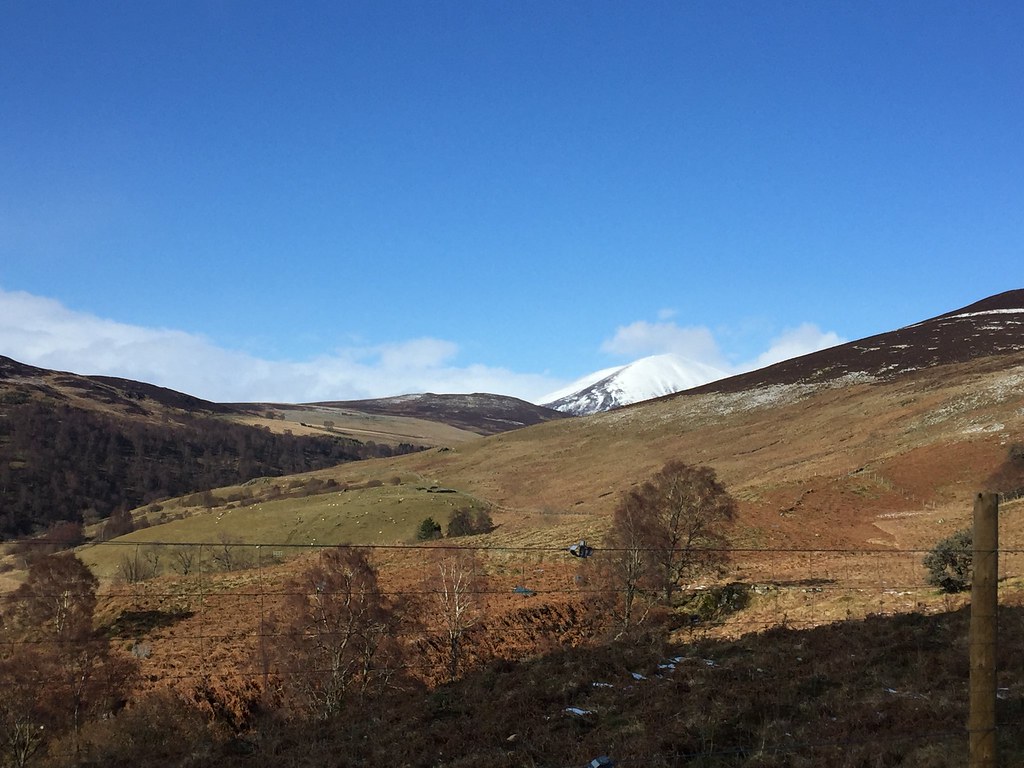 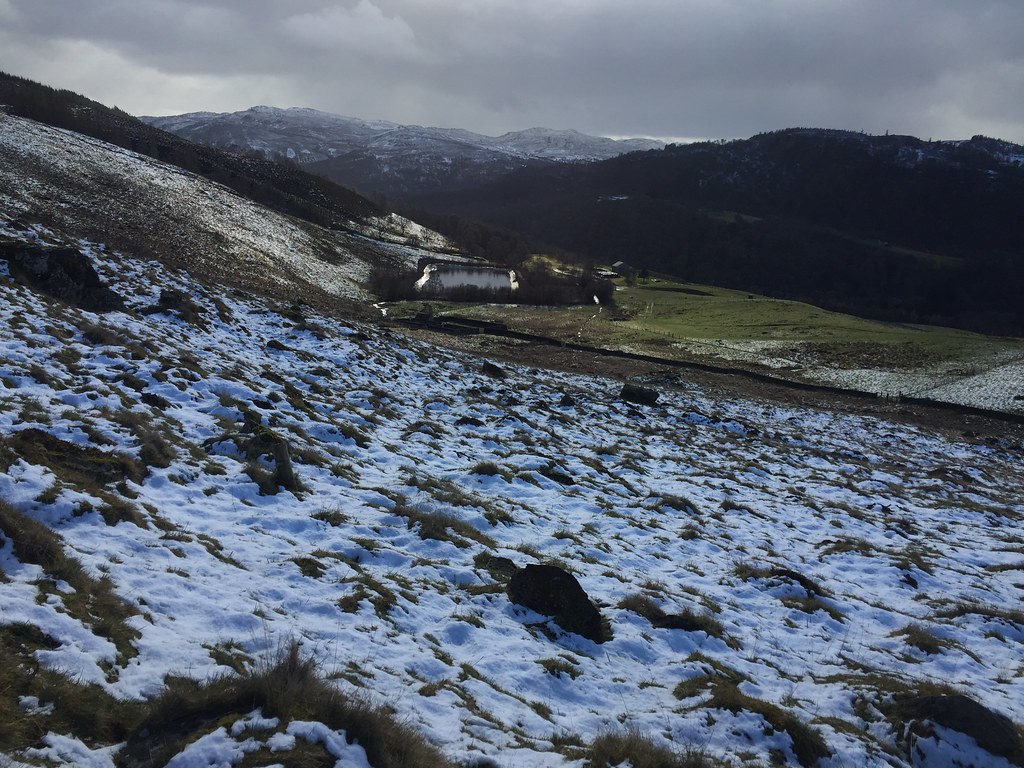 Killiecrankie from the water works 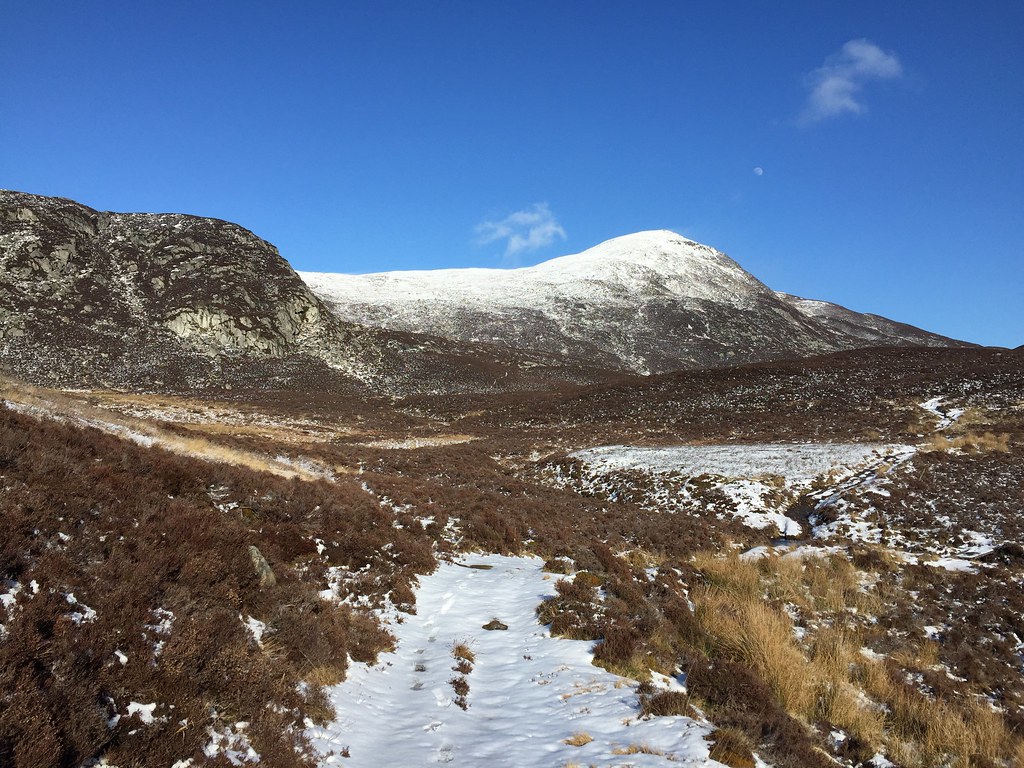 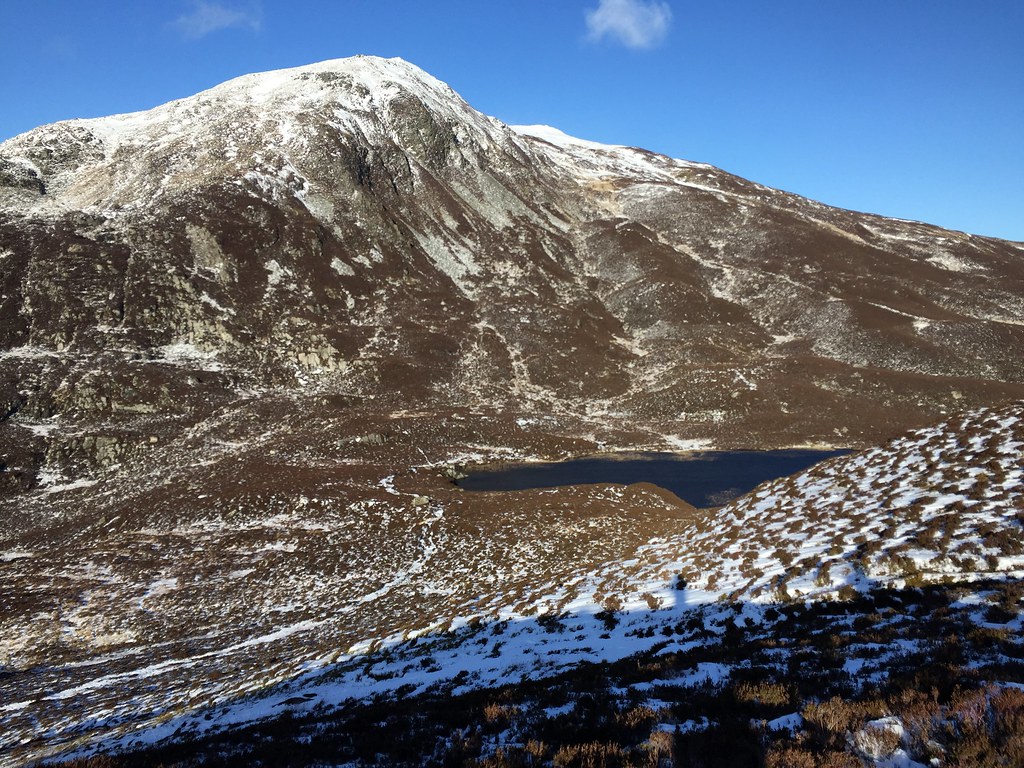 Ben Vrackie and Loch a’ Choire

I hadn't been sure what the snow would be like - possibly soft and knee-deep? It was certainly soft, but at this level there was much less of it than expected, so despite the wet paths and me wearing my old, leaky boots, I didn't actually get particularly wet feet. 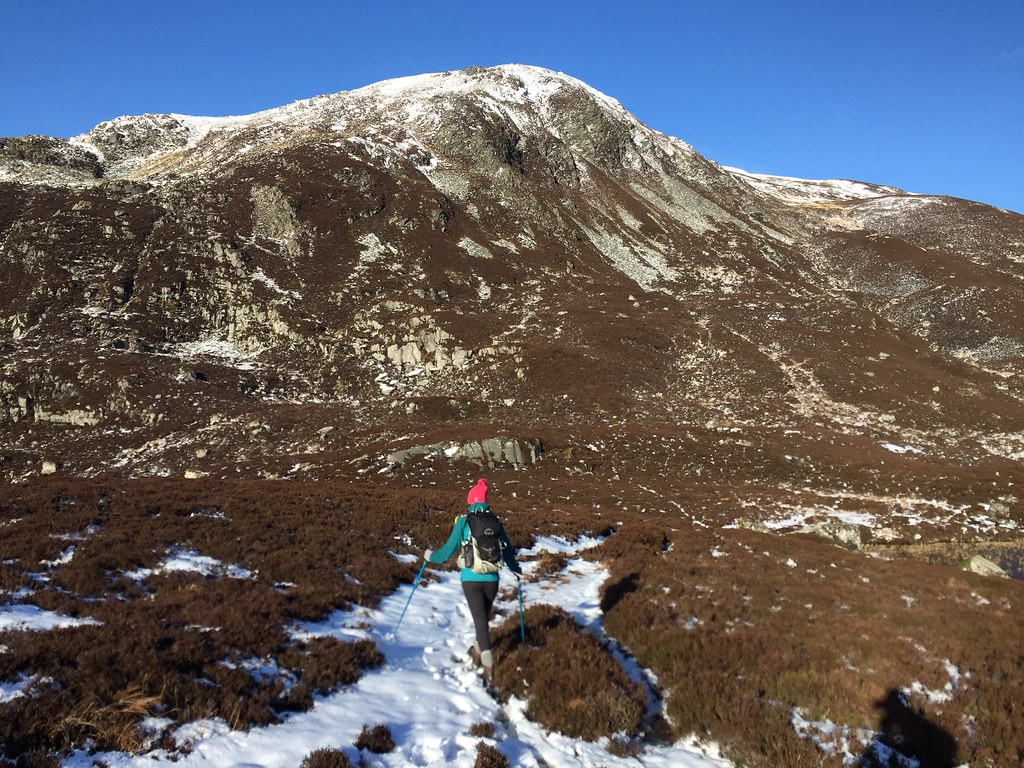 The wind was much more noticeable, but in the end we decided to go for the summit, although we opted for a quick out-and-back on the tourist path rather than crashing through the heather to reach Meall an Daimh as I had done previously. 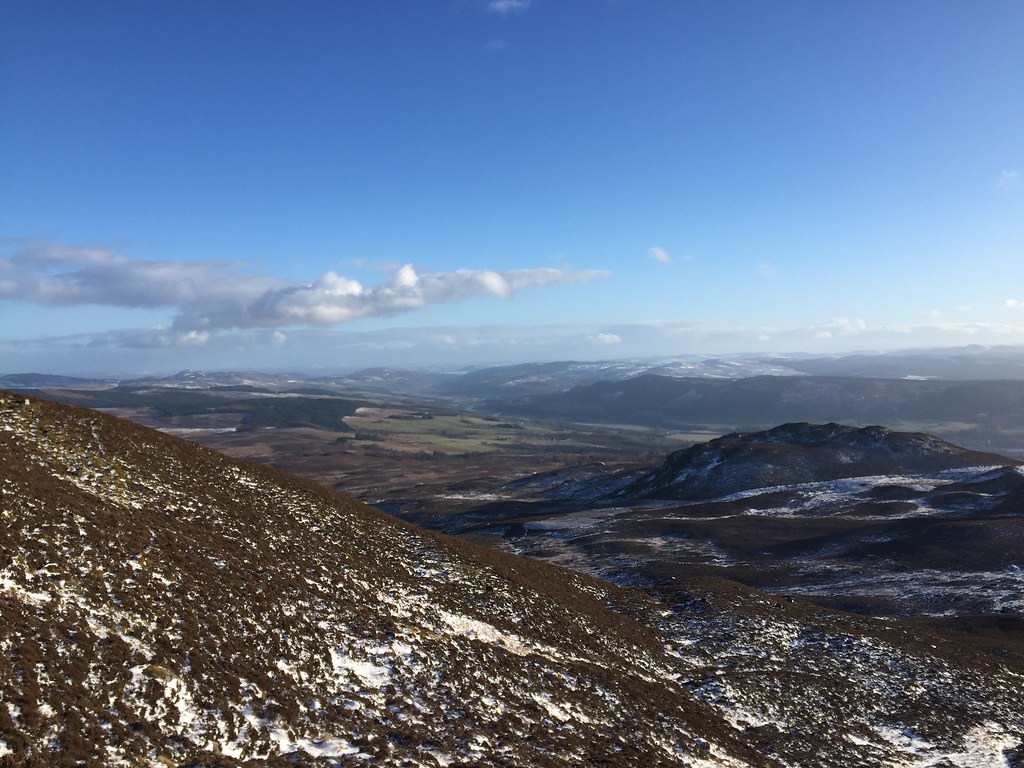 SE down the Tay 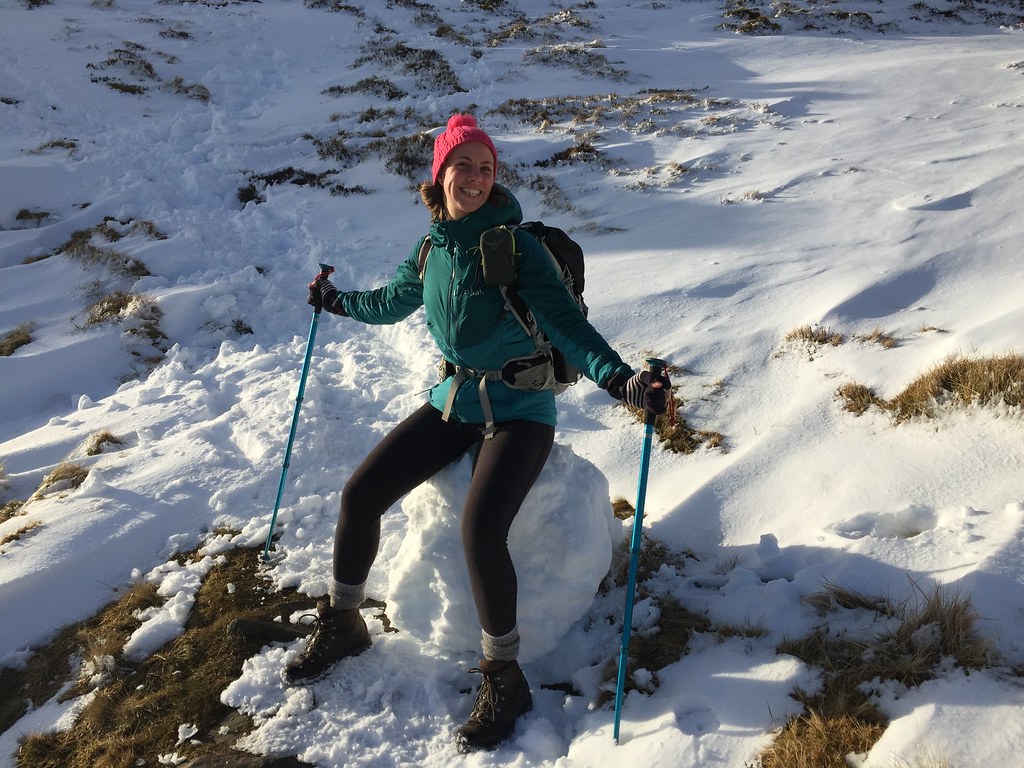 Someone’s going to get a wet arse...

The wind was worse at the loch and on the lower part of the ascent than it was higher up...until we cleared the face and made the final short journey to the top, that is! While it was definitely not hanging around weather, it wasn't quite bad enough to push us around, so we managed to get some decent photos. The snow above 750m was actually quite reasonable, and consolidated in most places. Shame the temperatures were due to rise again in the following week. There were some great snow sculptures and cornices to look at. 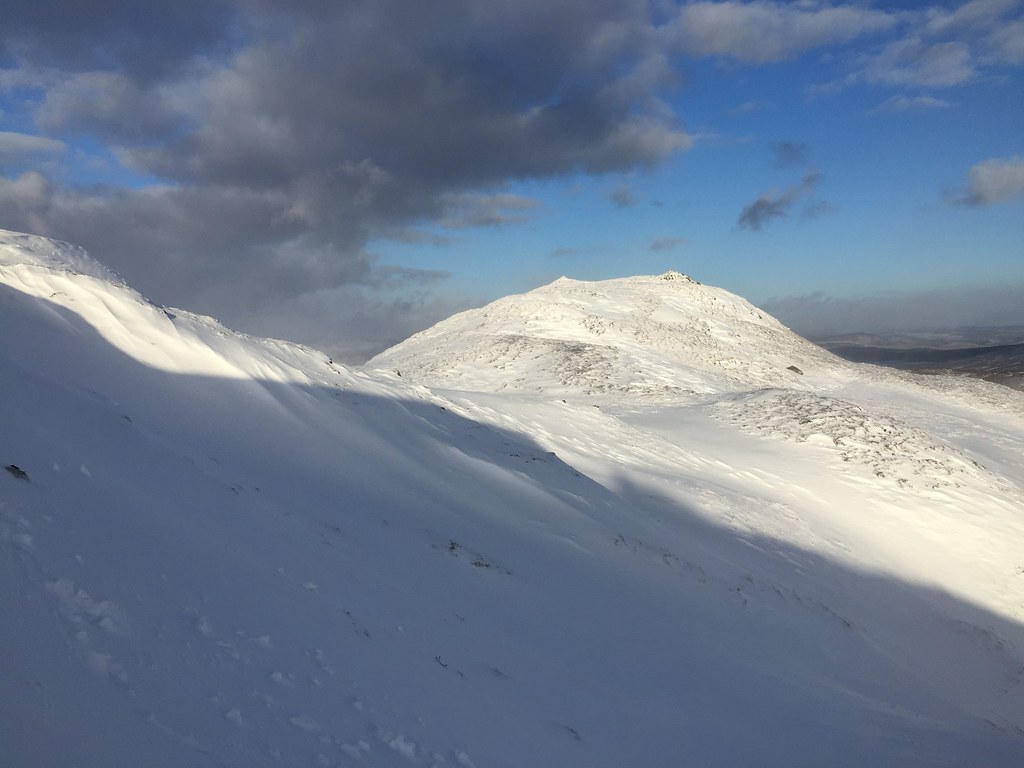 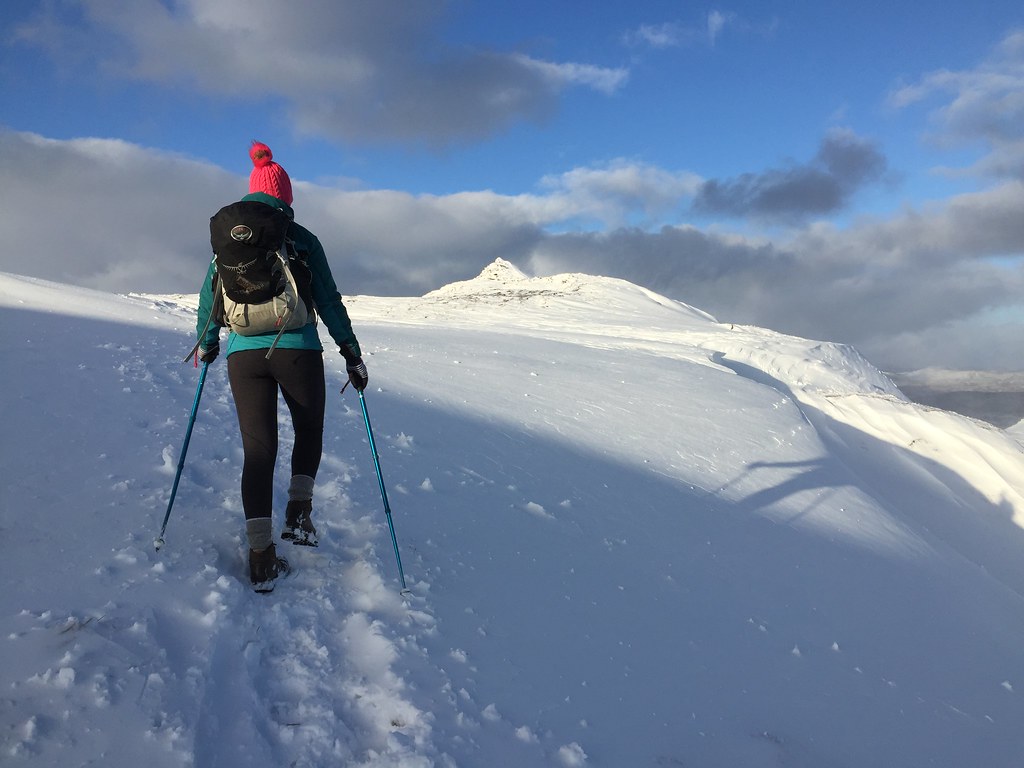 Half-decent snow at this level 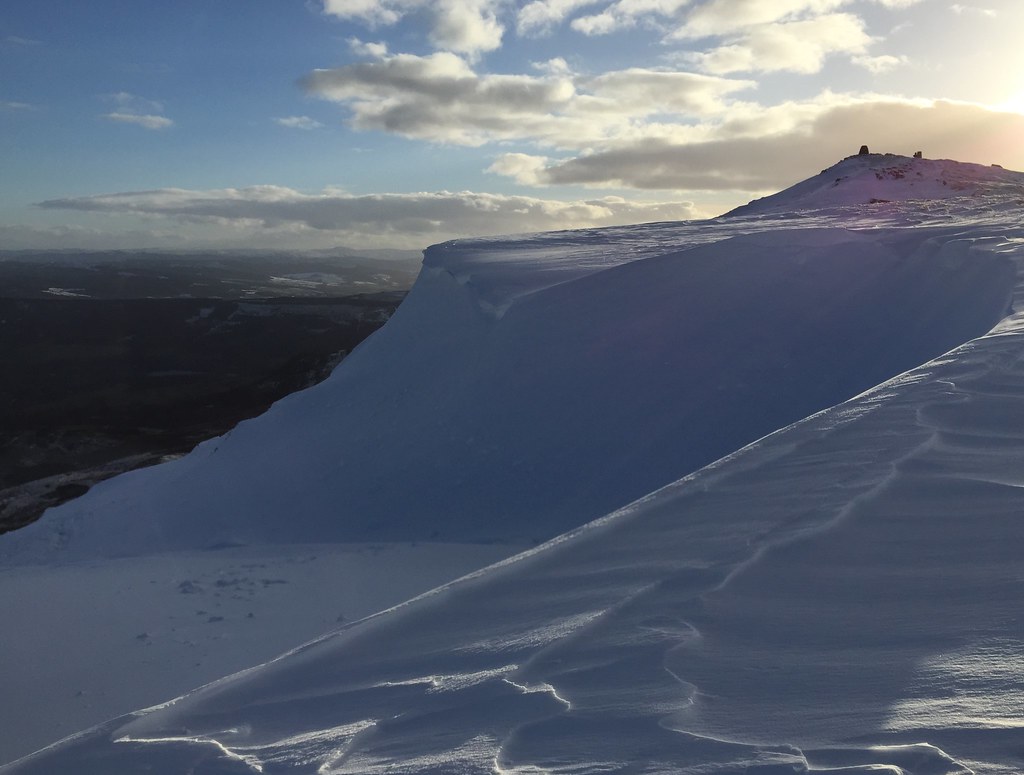 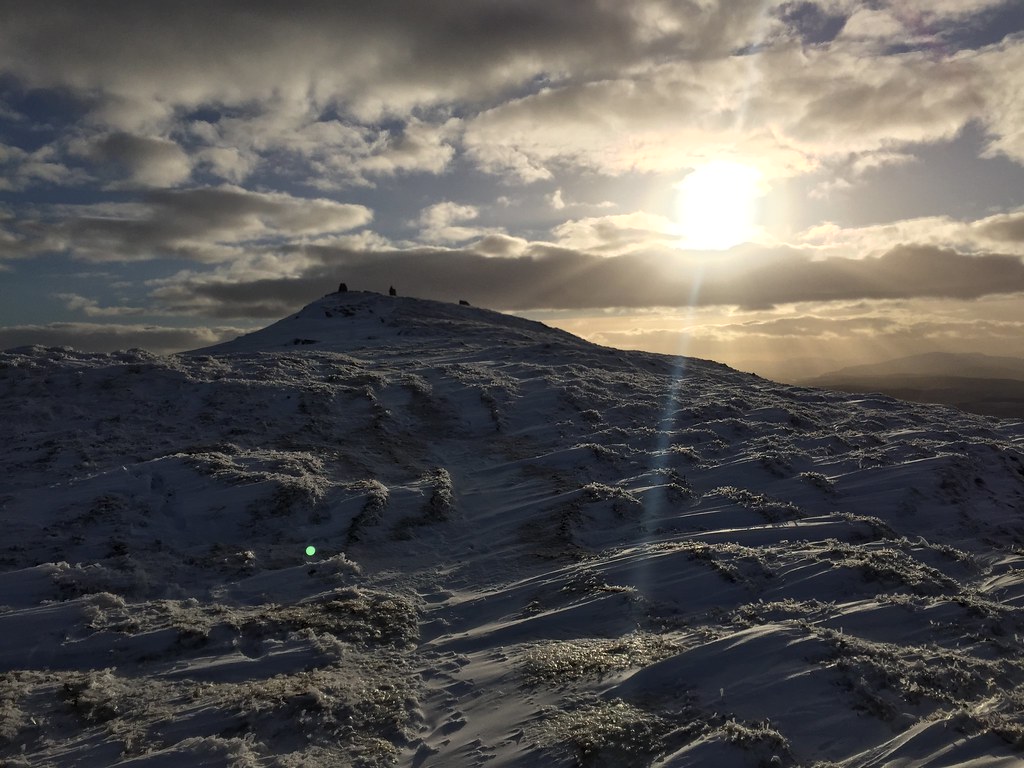 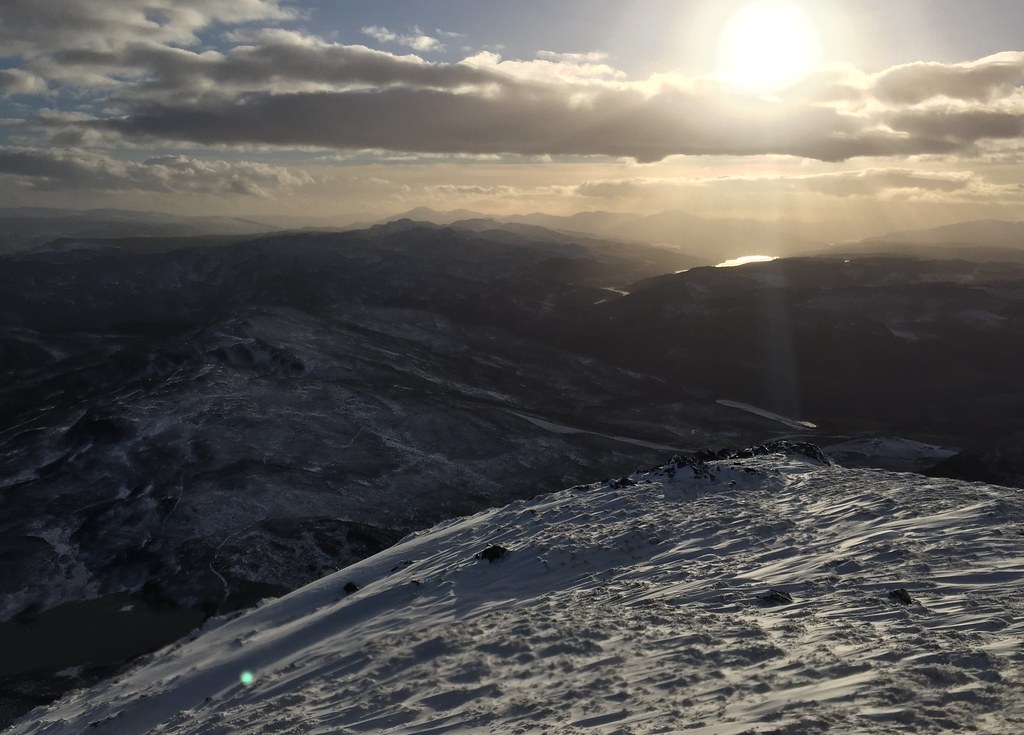 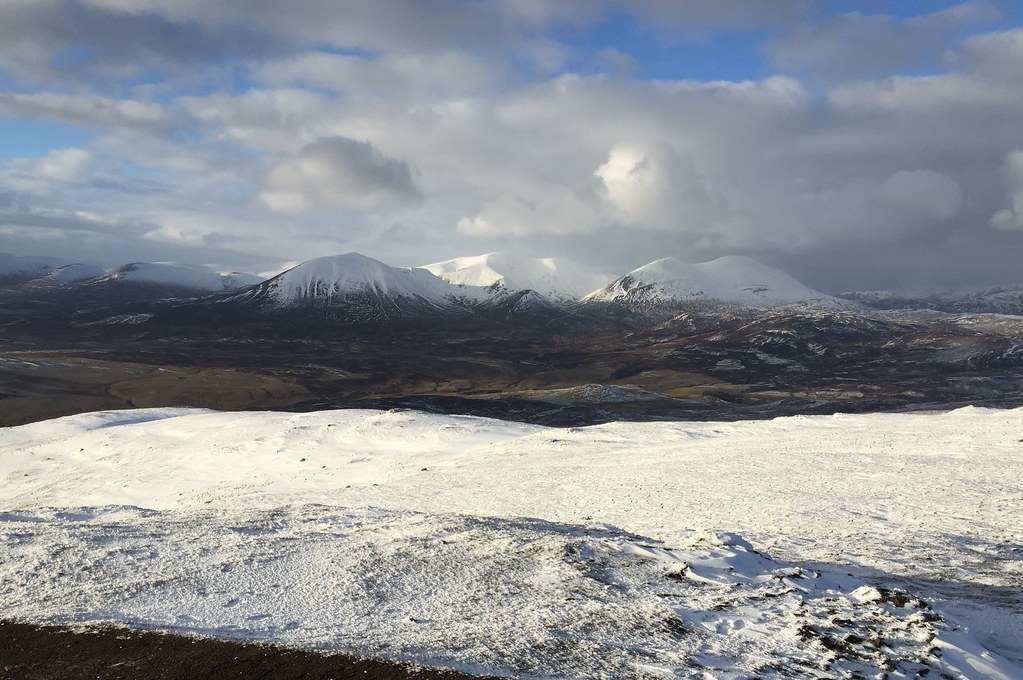 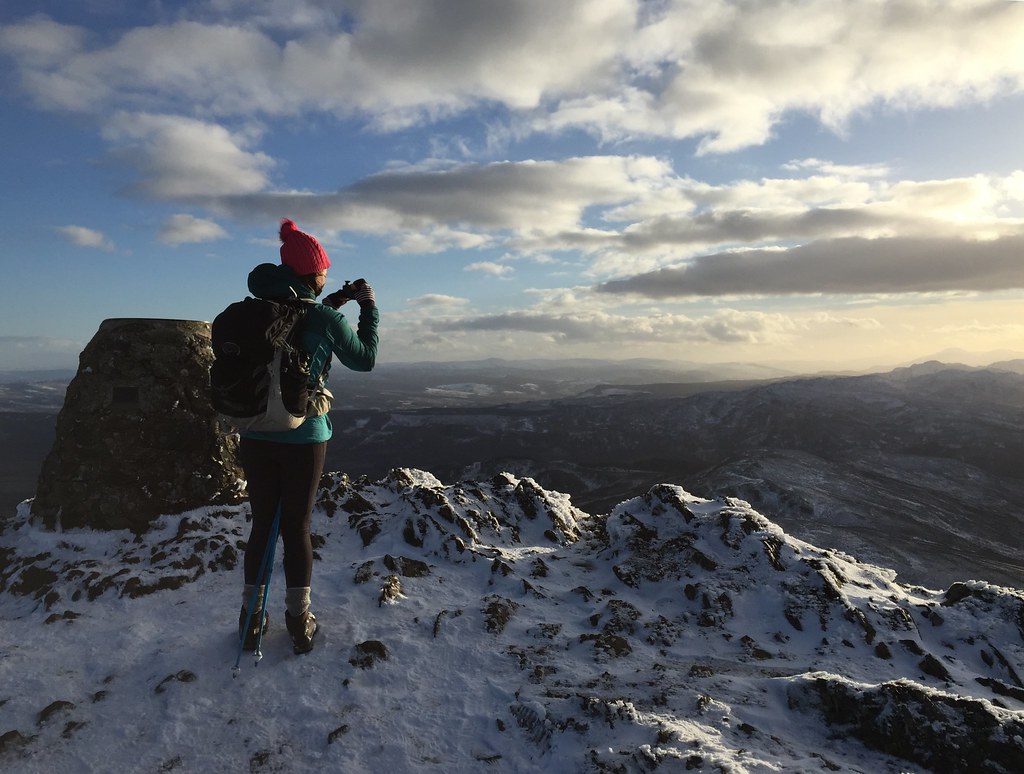 It was great to be out in the sunshine on the summit of a hill after 5pm. However we had trains to catch, so we made a fairly rapid descent of the usual route back to the Moulin Inn, where we had enough time to stop off for a drink and a bowl of chips. Actually Jackie had ages as her train was about 40 minutes later than mine, but at least there was no need to drive anywhere. 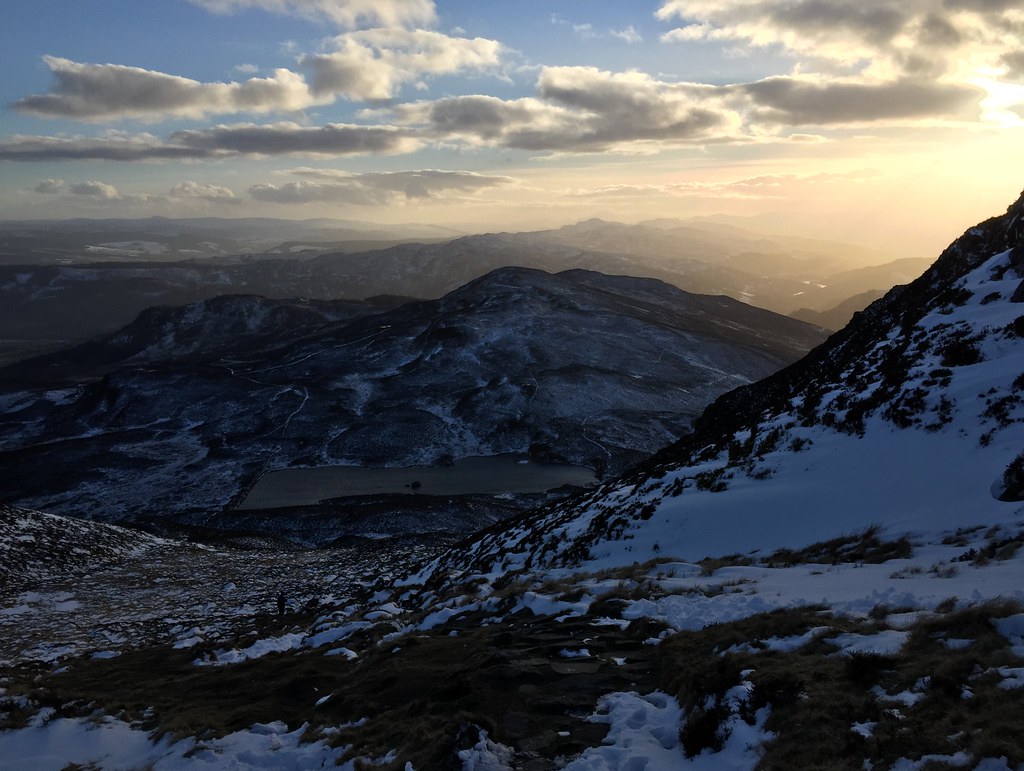 Descending towards Loch a’ Choire 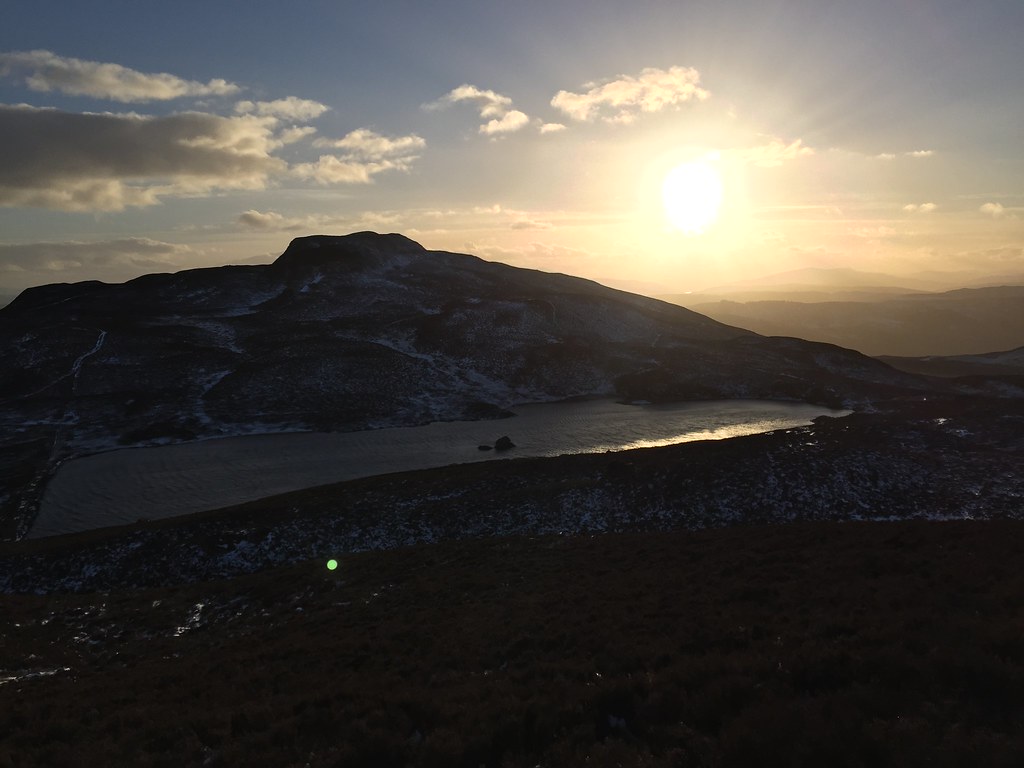 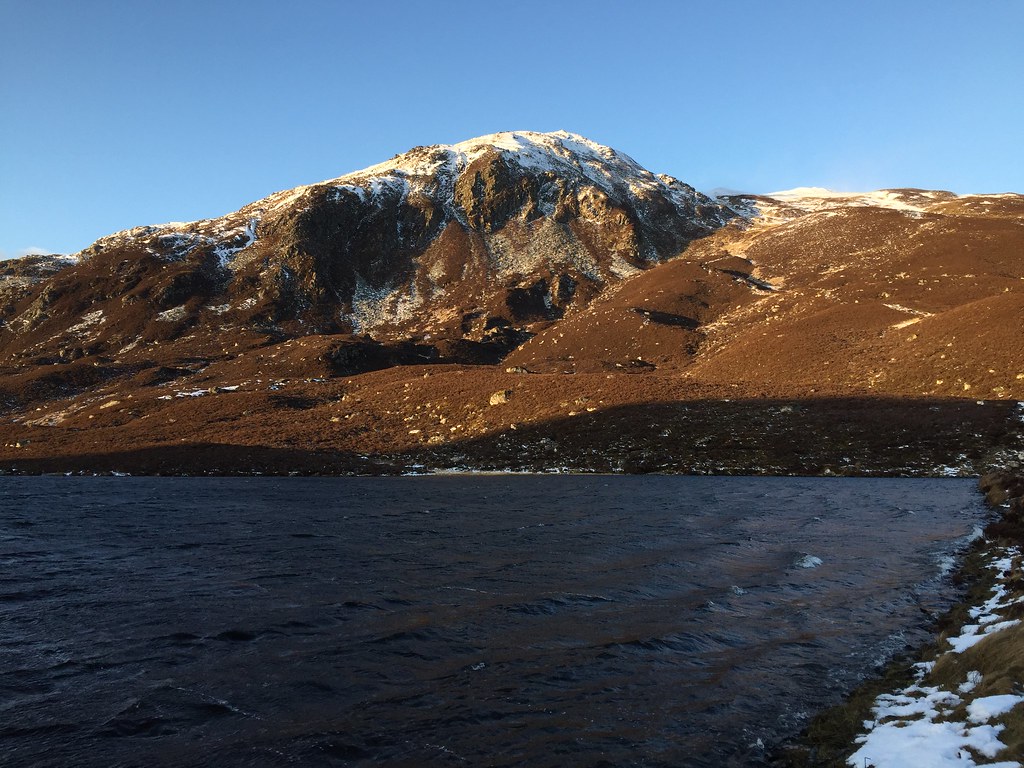 Looking back to Vrackie 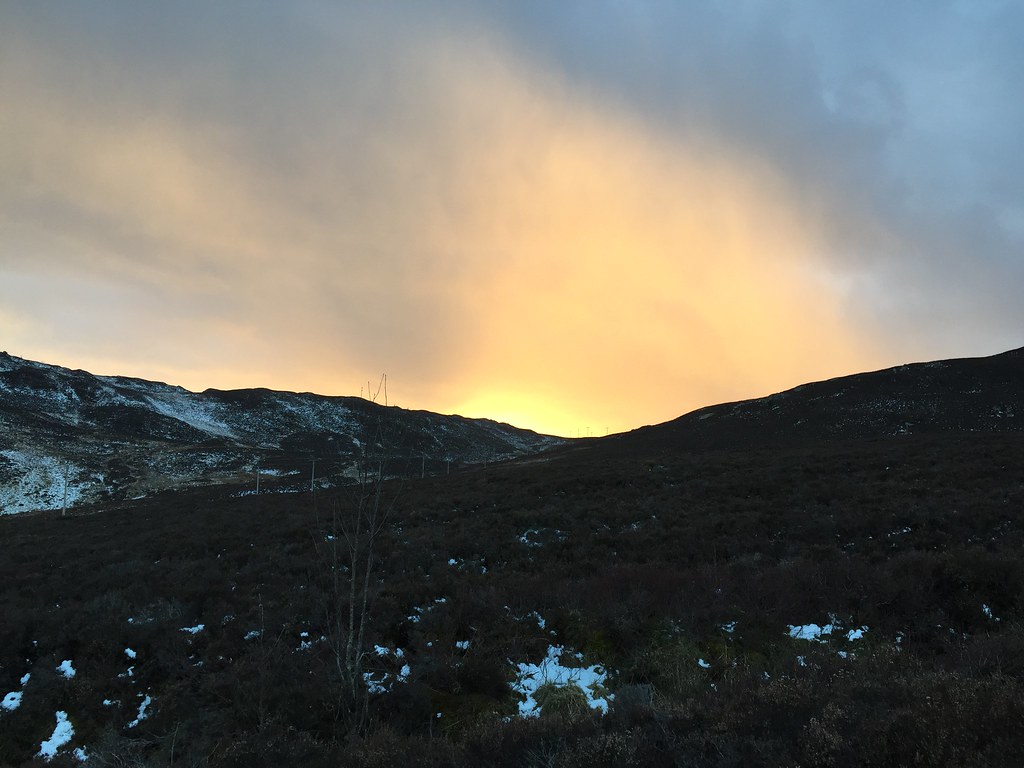 A nice day out, and another test for Jackie's injury - hopefully it shouldn't be too long before she is back to normal (as normal as she gets anyway

Nice to see you worked in a trip to the Moulin. Train to Pitlochry always makes it a good option.

An ascent of Vrackie without a visit to the Moulin does not count. It cannot be considered as a true ascent of the mountain!

Looks like Sunday was a pretty fair day, and with a decent amount of snow on the tops. Sadly, as you say, it doesn't look like it's going to last.

The beer (and ambience) at the Moulin are nice, but the food has become rather poor (IMO). The Pub down in town - the Old Mill I think is - much better

Looking very fine with the snow, sun and fair weather cloud. I noticed when I was there that the low level scenery around was quite eye catching so useful to see that there indeed low level paths to go with it.