I hadn't been out on any hills since mid-September - various surgeries ..... an age thing - so I was looking forward to getting back out today. I decided to drive up to Newton Bridge and walk along the glen beside the River Almond and after 4kms walk up the rough estate road beside the Henzie Burn. It was steep and by the time I reached the high point I was a bit out of puff and my heart was thudding in my ears. That's what a long lay-off will do! I found a helpful narrow peaty track through the heather on the left just as the estate road started to descend. This took me quickly up on to the broad, peat-hagged slopes leading over to Sron Bealaidh. 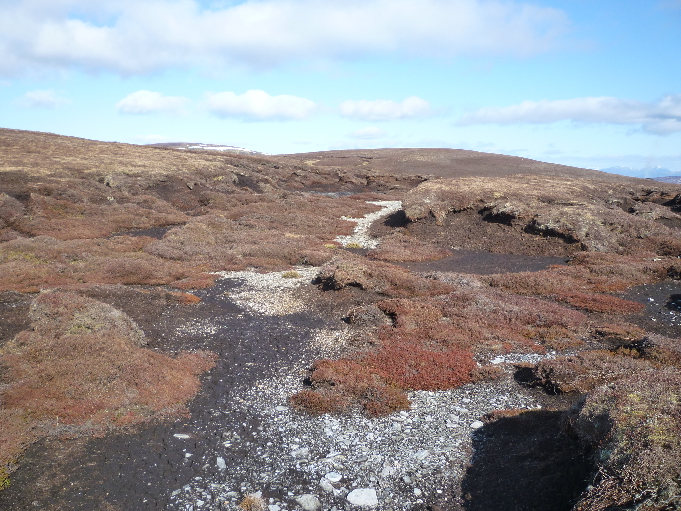 From there it was an easier saunter, with a fence on the left over to the summit of the Graham. 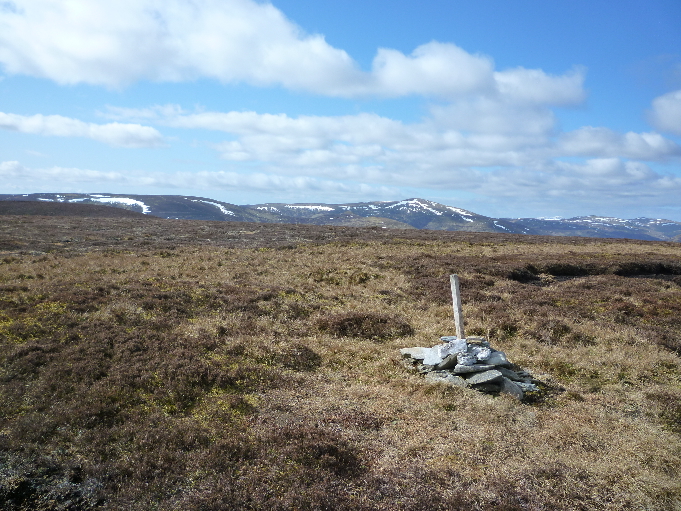 The summit of Beinn na Gainimh

Instead to going back the same way, I descended the SE slopes of the hill, following rough ATV tracks through the heather, to the dam on the Henzie Burn. Rather than climb up the road to the highpoint, I contoured above the the burn to reach the road further down the hillside - a good decision. 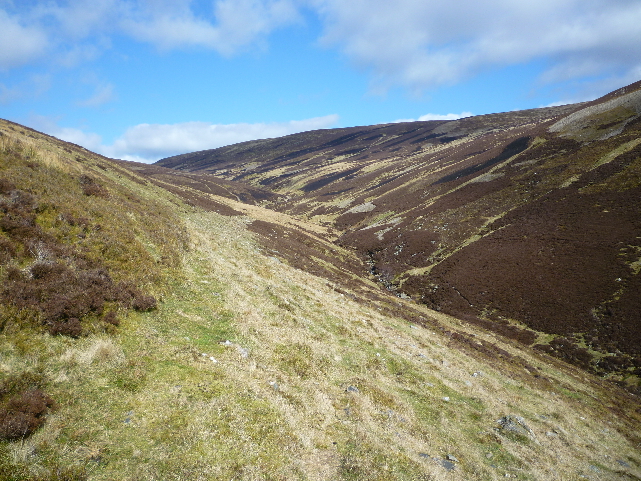 Contouring above the Henzie Burn

Back in the glen, it was a gentle stroll back to the car. I didn't see a soul all day but I did enjoy seeing the many mountain hares, still in their white coats, trying to camouflage themselves against the dark peat hags and heather. They could probably been seen from space! I also enjoyed seeing the many oyster catchers and ducks flying along the river. A good day for wildlife.