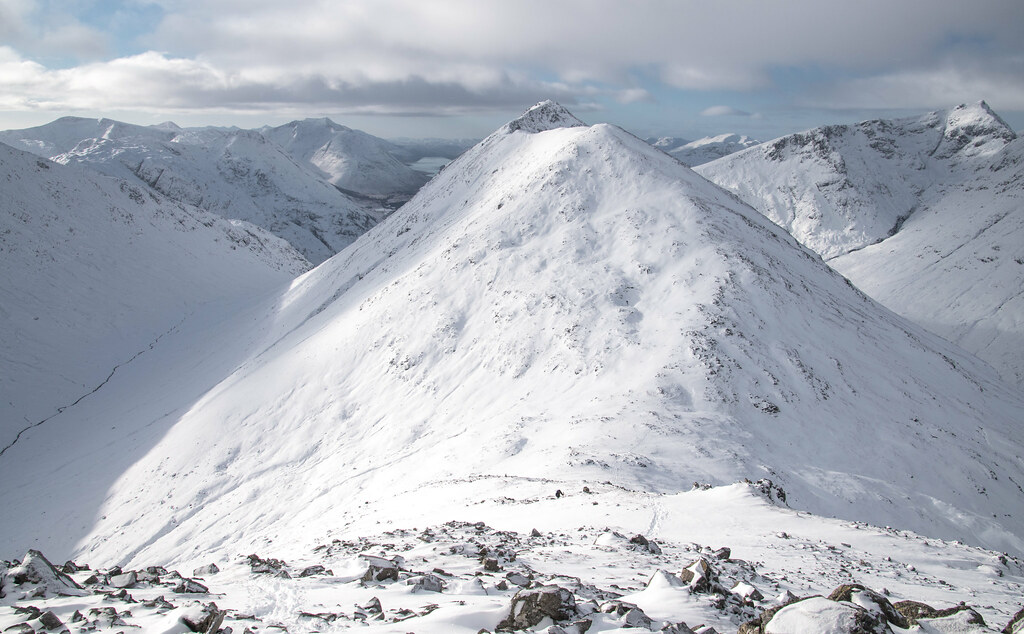 The start of 2019 had been somewhat of a contrast to 2018, which was my first real winter in the hills. 2018 was sensational. It felt as if we had months of solid snow cover and vast spells of high pressure and amazing weather windows. Who knows – maybe that was just the rose-tinted ski-goggles?

Thankfully the start of February did offer some winter fun to be had so Callum and I set off towards Glen Coe. Our plan was the two Munros of Buachaille Etive Beag. We had previously done Aonach Eagach in summer, Buachaille Etive Mor was pencilled in for a summer attempt at curved ridge, Callum had ringfenced Bidean Nam Bian for a potential delightful summer summit camp and I had reached half way on Creise and Meall a’Bhuiridh in late 2018, essentially Buachaille Etive Beag was all that remained in my first round of Glen Coe.

I did consider the idea of getting up for sunrise but after calculating the required departure time that was swiftly abandoned and we arrived and set off at a more sensible time. There thankfully wasn’t a breath of wind at the car but it was bitterly cold indeed.

We set off making slow, but steady progress, well aware we were by no means in any rush.

Callum foreground and Aonach Eagach in the background left 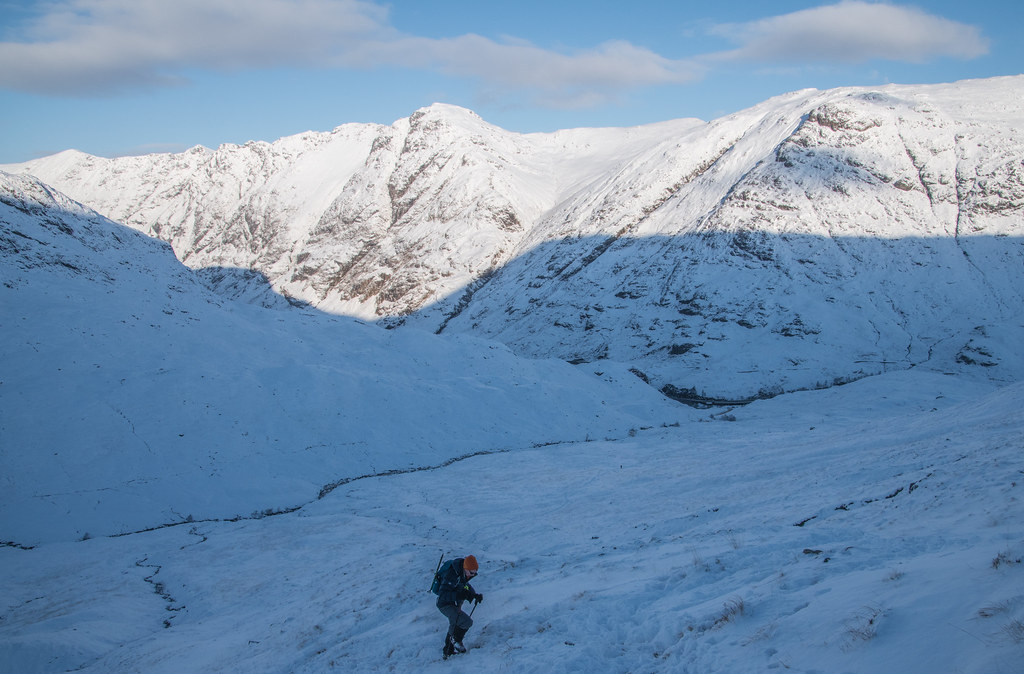 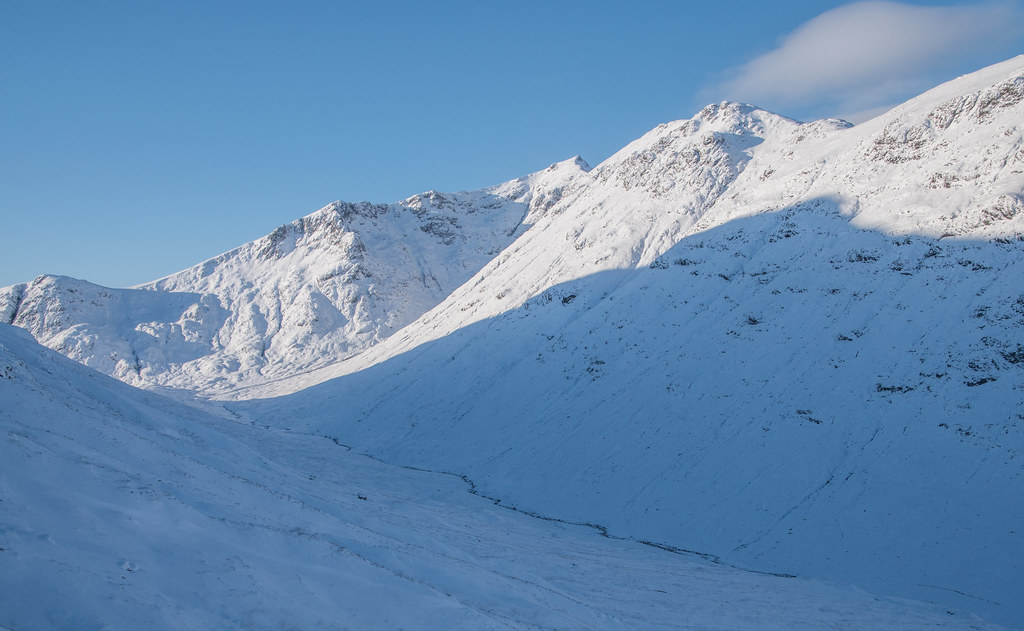 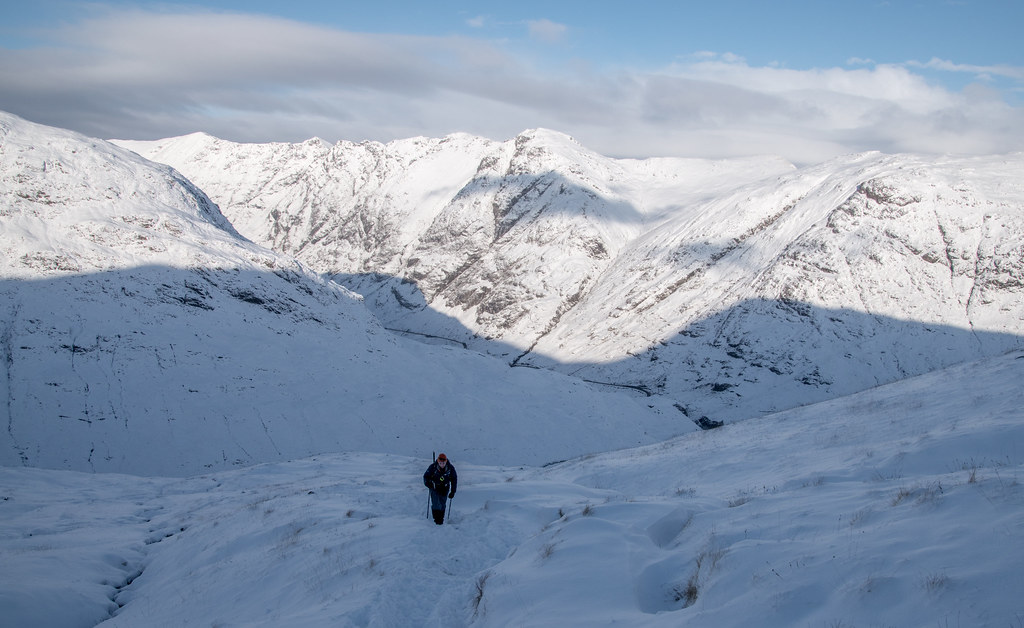 Given the popularity of Buachaille Etive Beag combined with the later than normal start the path had been well and truly formed and before long we reached the bealach with the option of going left for the shorter ascent of Stob Coire Raineach or right for the longer more gradual ascent of Stob Dubh.

It appeared most people had opted to go right, but as the cloud was slowly encroaching from the north we decided to head north-east (left) in an attempt to get up Stob Dubh and then effectively be walking away from the cloud to the second summit. 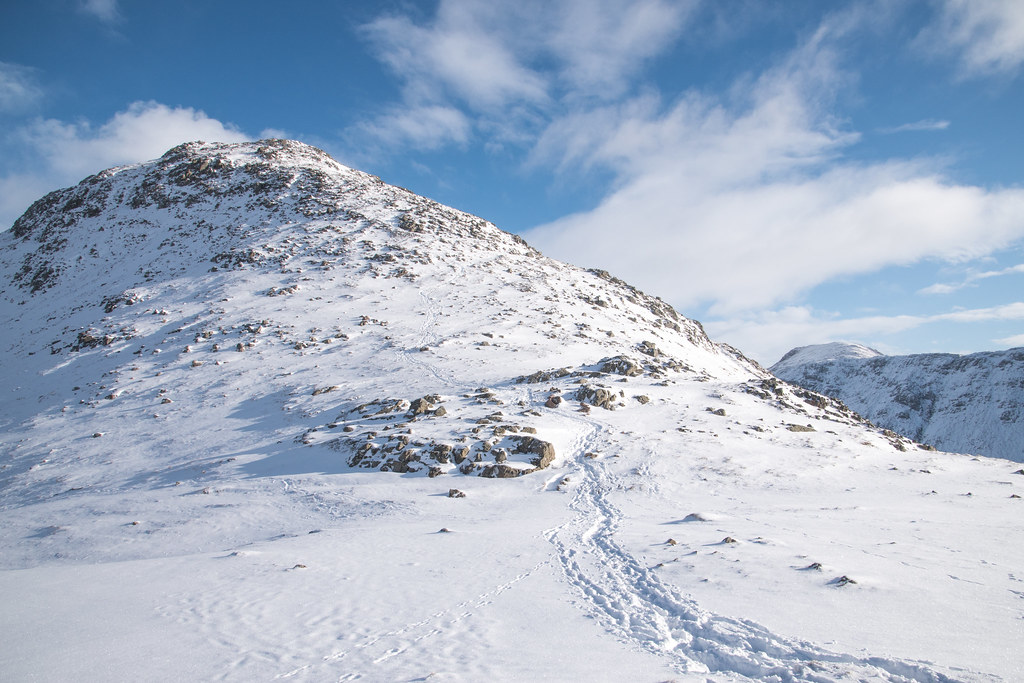 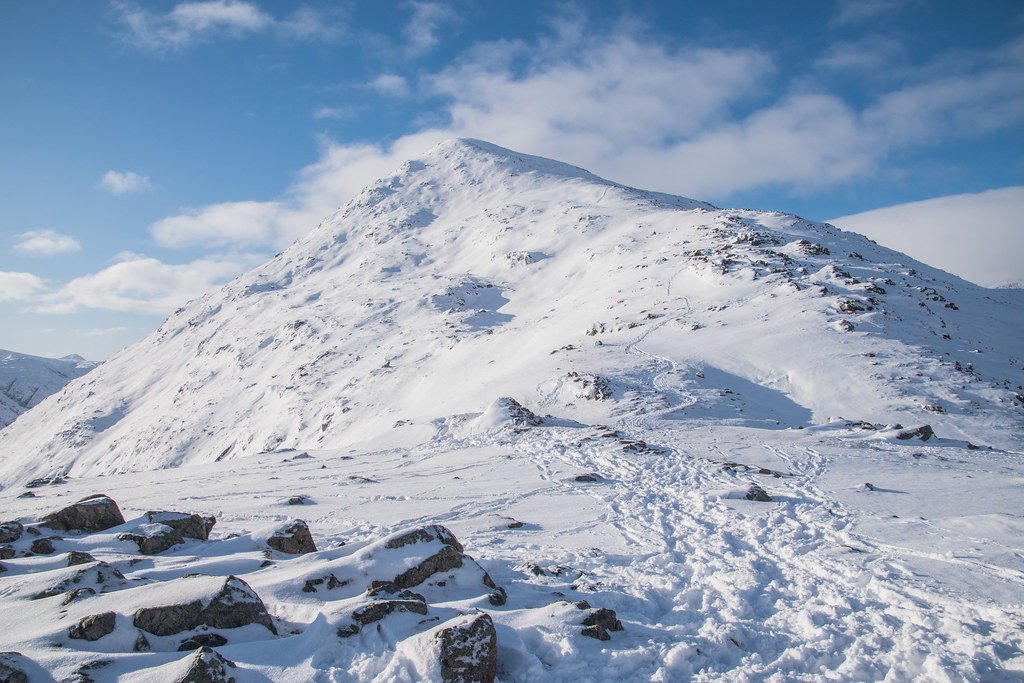 Nearly at the summit

I had raced ahead of Callum feeling surprisingly full of fuel, maybe the benefit of not having to drive on this occasion. As I sat at the top tucking into my sandwich the cloud slowly began to encroach.

Views about to go 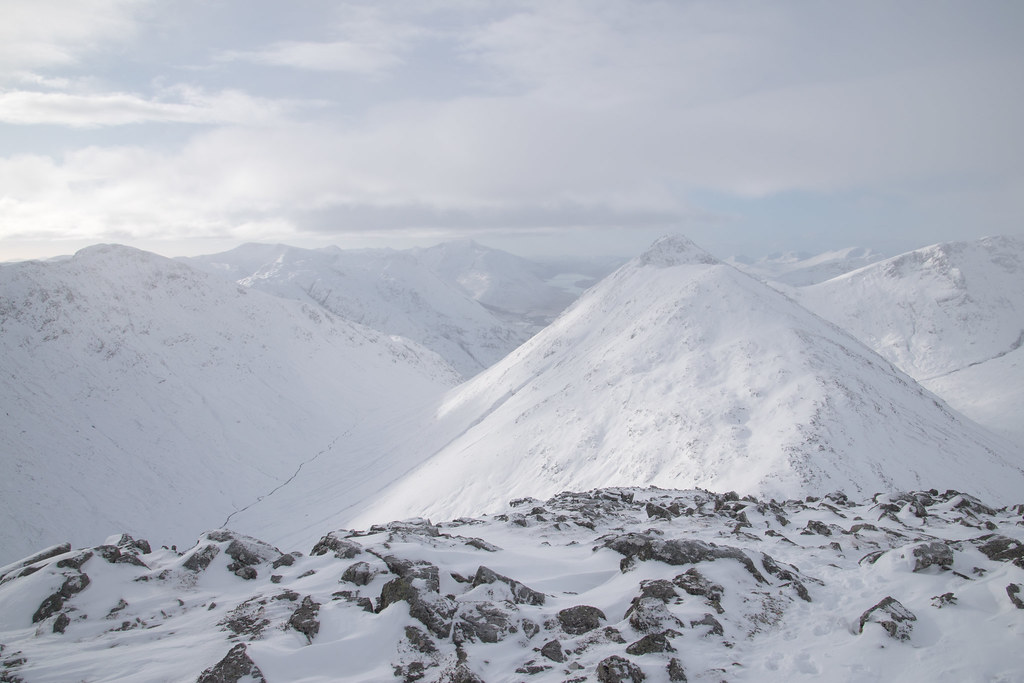 Before long Callum joined me on the summit and we discussed the expected time to get to Stob Dubh and if it was worth even bothering including in this outing if the weather looked like carrying on in this worsening trend.

Thankfully sole walker also having a rest at the summit who had been here before in winter reckoned it’d take us hardly any time at all to get to Stob Dubh which offered enough encouragement to get up and going down again.

From nice and peaceful to moody 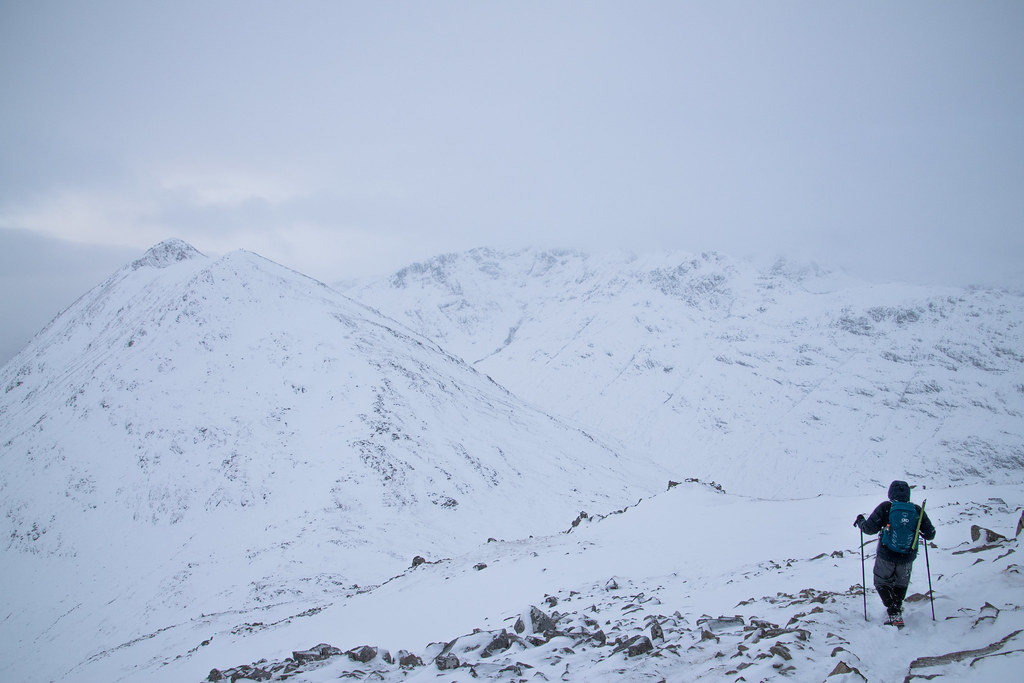 Nearly up Stob Dubh – sometimes head down is only way forward 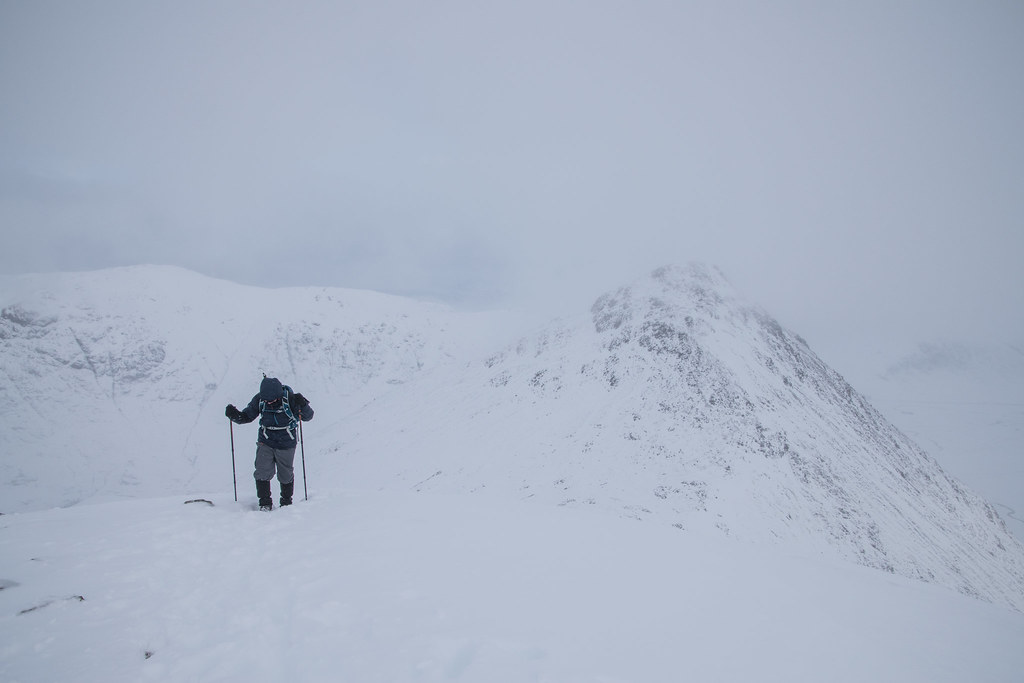 Summit of Stob Dubh opened up 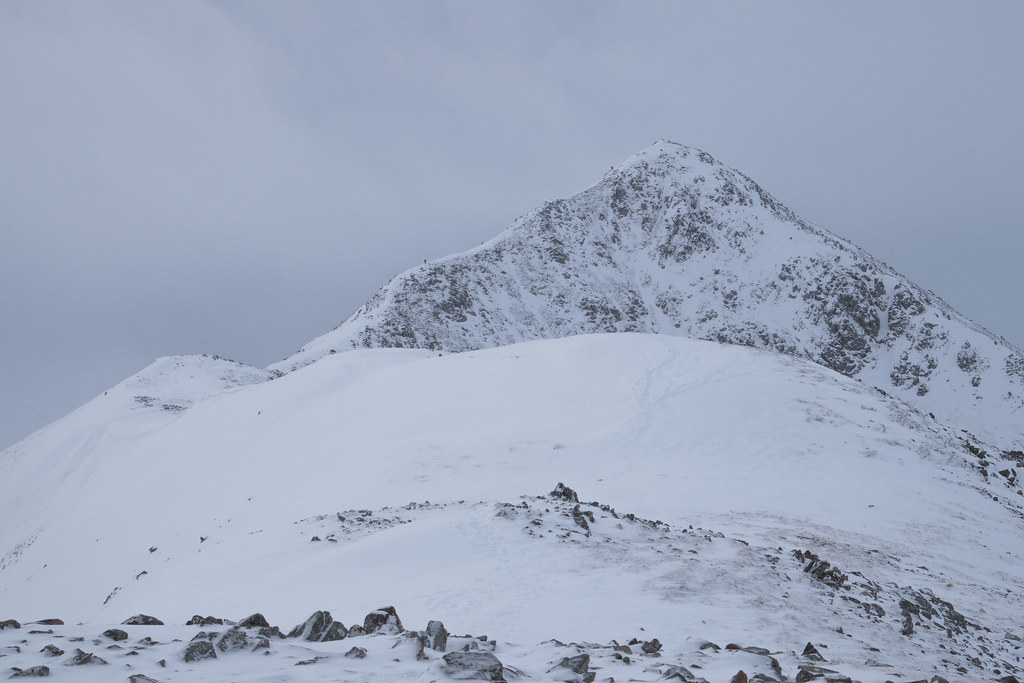 We had reached the second summit by just after 14:00, our received recommendation was right, it had taken hardly any time at all, so we still had plenty of daylight to play with. Finding shelter we finished off most of our food looking down at the partially frozen River Coupall and towards the more well renowned Buachaille Etive Mor. 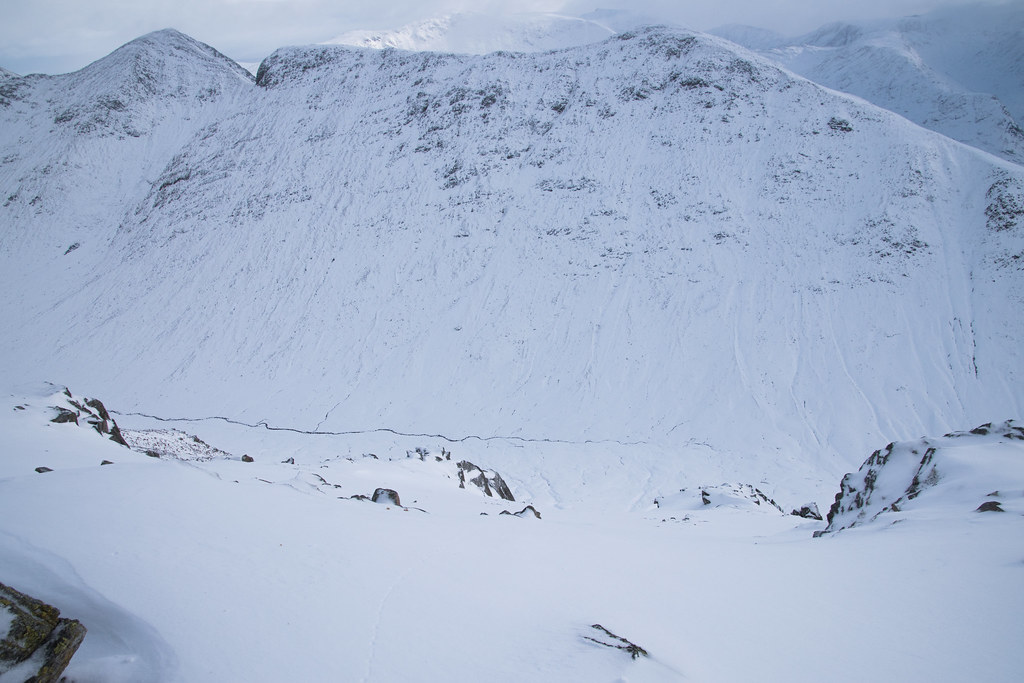 On our route down the cloud had mostly lifted but the weather and visibility were still very much interchangeable.

One final view of Stob Dubh 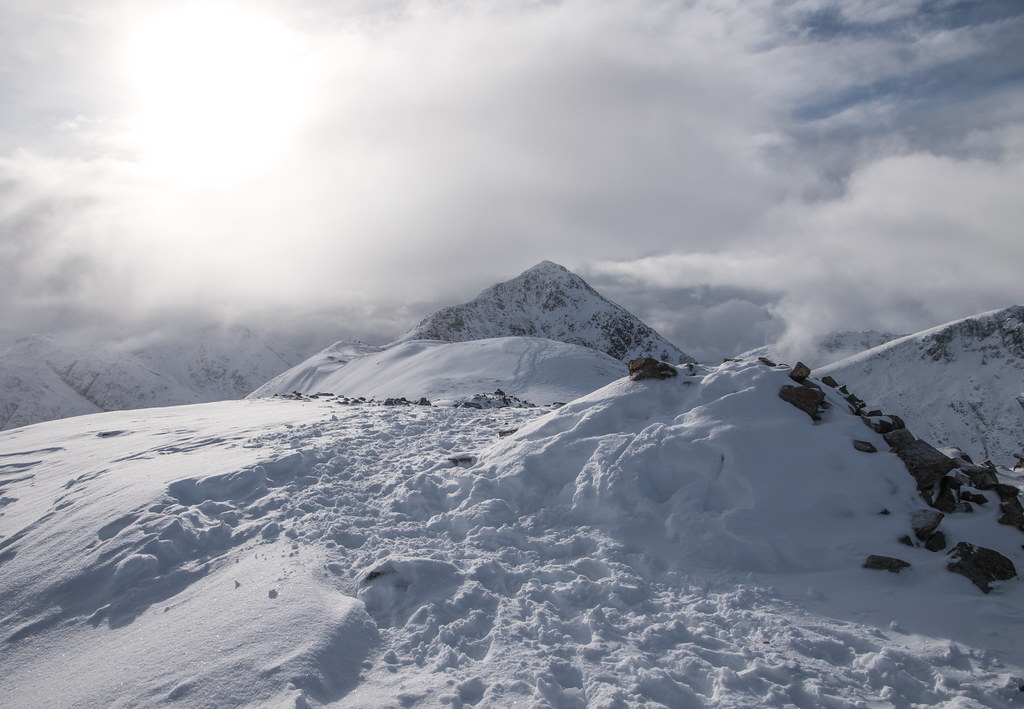 The route down was straight forward and in no time at all we were back at the car ready for the drive back home, in this instance Stirling for me.

I can see why Buachaille Etive Beag is possibly a bit neglected in comparison to its more famous neighbours, but it makes for a great, easy day walk and I would imagine I will be back at some point in the future – hopefully with a tent and sleeping bag!

That's all - thanks for reading!

I've got almost the same set of photos as you do but a complete contrast mid-summer so it's great to see everything white. I thought the baby mountain of Glen Coe had a lot to offer, more so the view than the walk as it's a fairly easy short but steep hike although the ridge along to Stob Dubh is superb. I just wish I had gone along to Stob nan Cabar but i'll do that next time.

I agree too, Stob Coire Sgreamhach does look perfect from the wee Buchaille, even more so covered in snow.