Full moon and a strange creature on Ben Wyvis

Full moon and a strange creature on Ben Wyvis


After a trip to the southern metropolis that is Inverness, I set off up Ben Wyvis at 3:30 PM, in time to meet numerous walkers on their way down. One pair warned me there was a strong wind blowing on the exposed parts of the climb, though not so bad at the top. They weren't kidding - it was whipping through Bealach Mor from the SE and enough to notice on the ridges. I'd read that work had been done to improve the track and undo some of the erosion, and dutifully stuck to the track. I was impressed by how well-made it was, especially the rocky staircases on the climb. 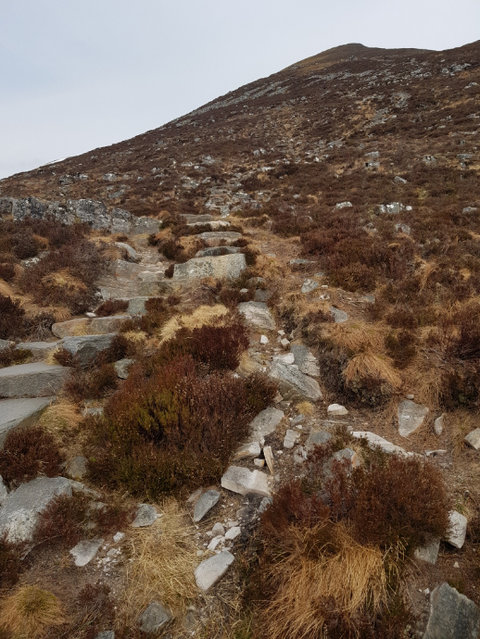 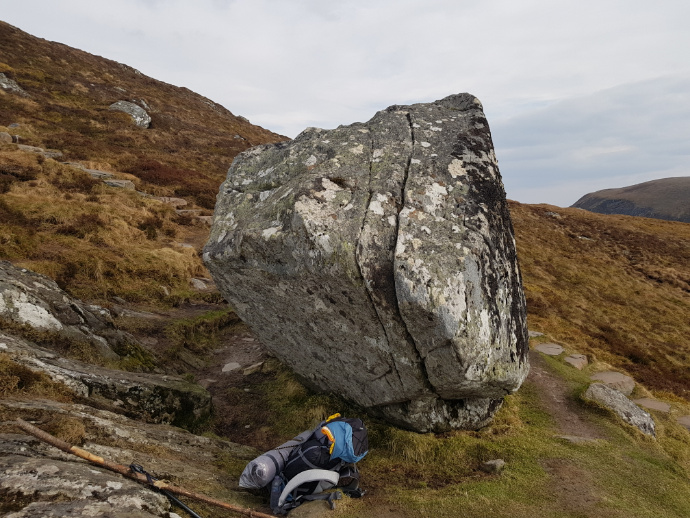 Someone helpfully left this windbreak by the path 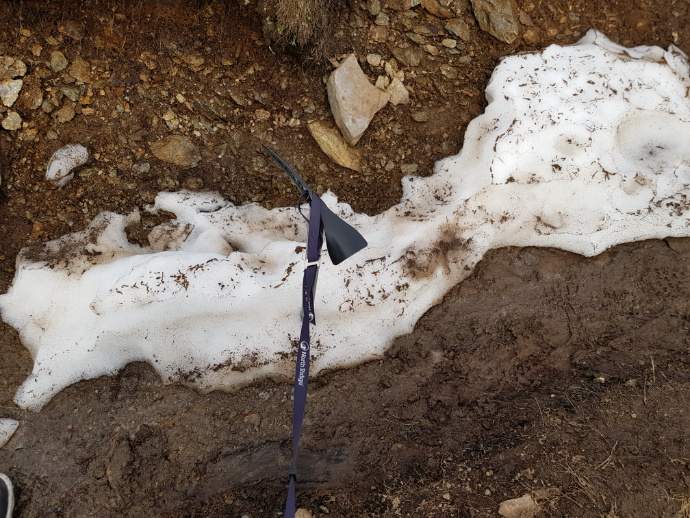 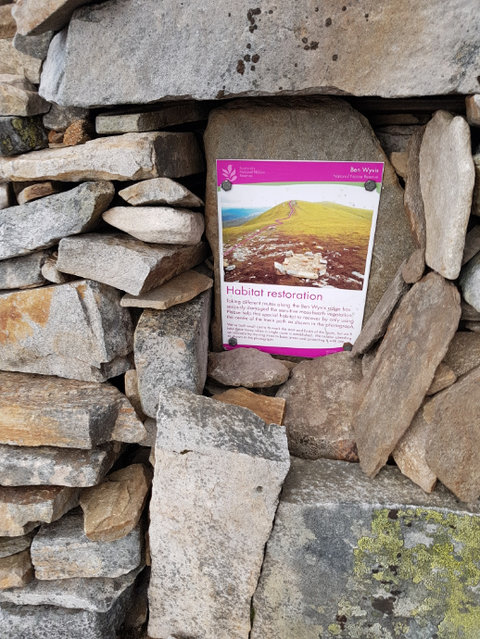 Sign on the way up, politely asking us to stick to one path

The strange "creature" was a small soft toy in the summit shelter. I wasn't sure what it was at first - alien, furry dinosaur, Fraggle? - but the tag said it was a kind of bear, and that it (he, according to Faceache) was hitch-hiking from place to place to raise awareness of breast cancer. 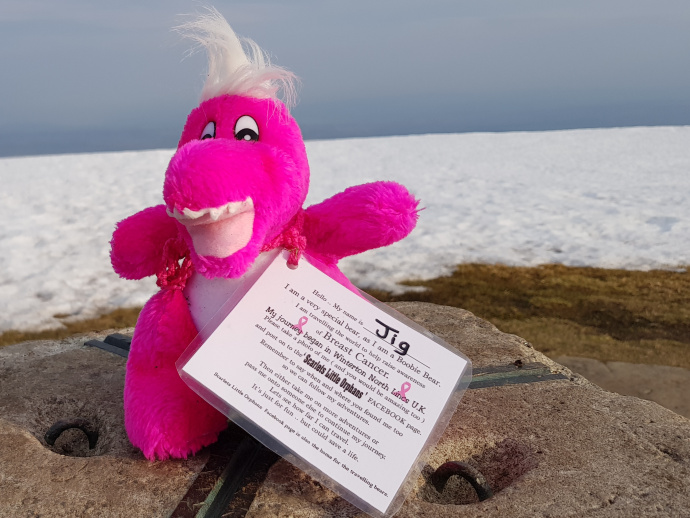 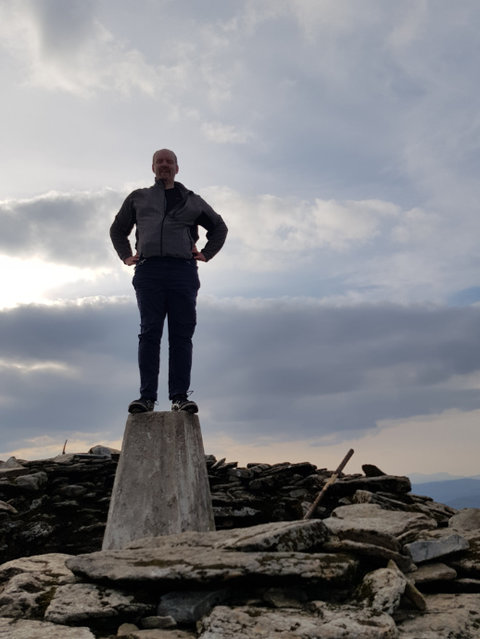 How many strange creatures does one mountain need? 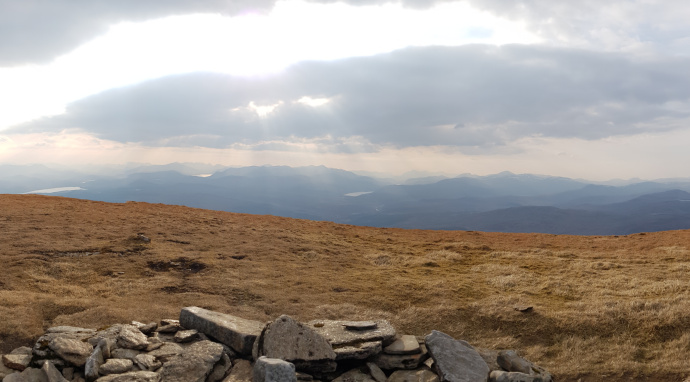 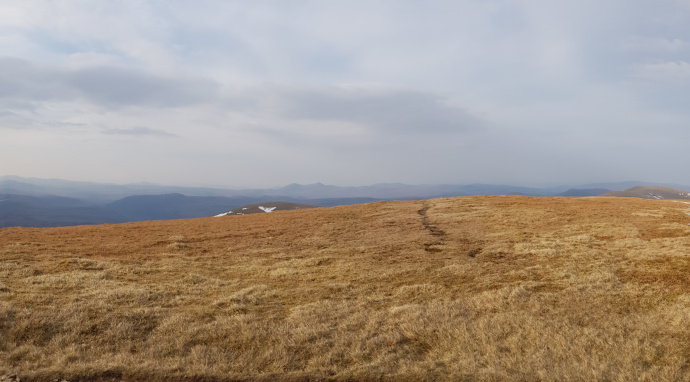 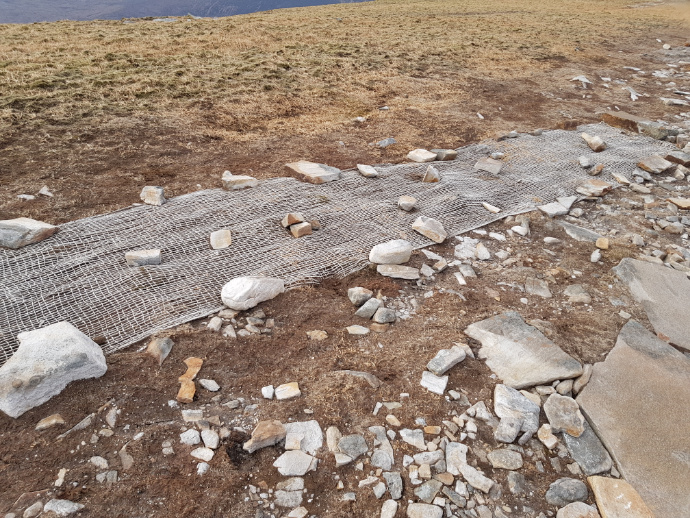 I saw a ptarmigan on the way down. Like Ben Wyvis, it had mostly "summer" plumage with a bit of white, but unlike the hill the white was all on the underside and trousers. I took a picture, and have an idea which picture it is, but haven't found the bird in it yet. Instead, here's a zoom to the sun dipping behind a mountain: 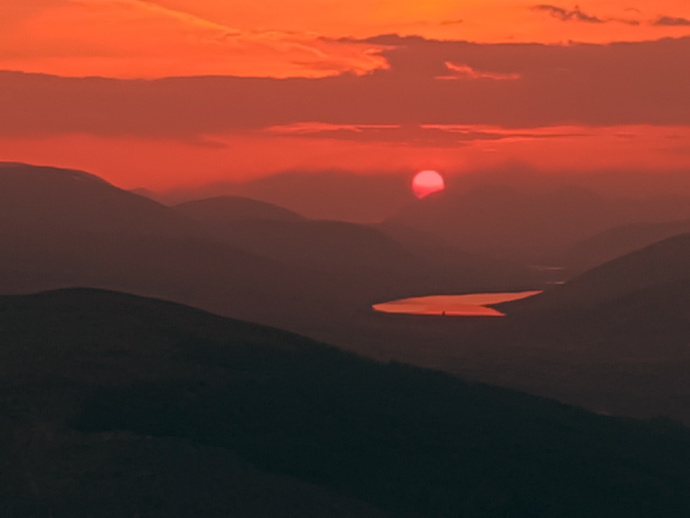 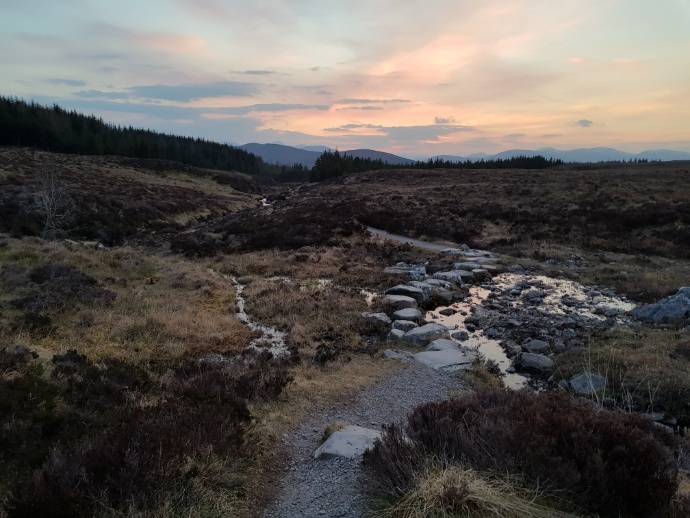 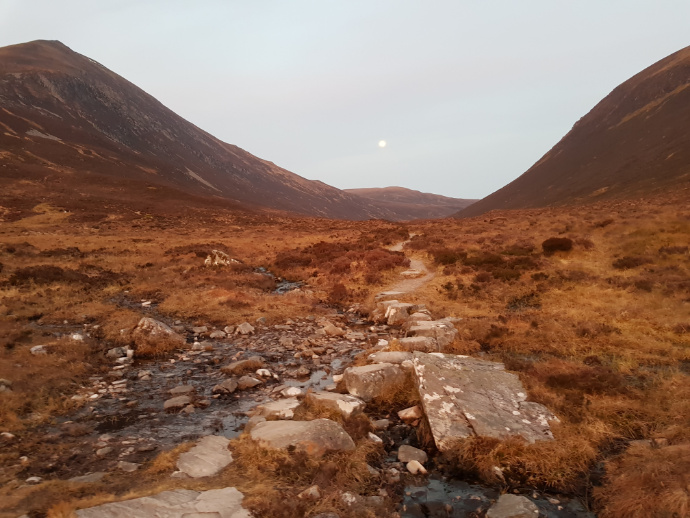 And there's the moon, looking small between two Wyvises

Viewranger's opinion of the route. Satellite navigation geeks might like to note that I followed the same track up and down, especially on the well-marked section between the car park and An Cabar.

20190424.gpx Open full screen  NB: Walkhighlands is not responsible for the accuracy of gpx files in users posts