The forecast for today was cloudy tops until early afternoon, then clear. After the disappointment of yesterday, I was keen to get to a good hill or two, and since one of my plans for the meet had been the 3 munros around Beinn Liath Mhor, plus the Corbett Fuar Tholl, this is where I decided to head. It also had the advantage of being an hour or so closer home.

Given the forecast, I took it slowly getting off from Applecross, with the result that I arrived at Achnashellach Station shortly before midday.

Leath Craig and The Nose ahead. At this point the tops were still shrouded in clag, but placing unwarranted faith in the forecast, I was still optimistic that it would clear

It's a straightforward enough pull up to the upper glen - and once there, the steep ascent to BLM is clear ahead


...but looking back an hour or so later, the tops were showing no signs of clearing. Quite blowy too by this time, so pretty chilly. And shortly thereafter, into the clag. A long slow slog up on to the summit plateau was followed by what would have been - had there been any visibility - a great ridge walk. In fact the visibility varied between about 10 and 30 metres.

There was one exciting moment just after the 887 high point where the path seemed to continue straight ahead over increasingly vertical rock until... ... it obviously was simply vertical

. Oddly, the rock up to the point where the cliff became vertical was quite well worn. So either a good few folk had made the same mistake as I but just continued - in which case there should be a large heap of bones at the bottom of the cliff; or they'd lost their nerve, and backed off - as did I. So: backing off a little - as you would - I realised that that there were signs of another route about 10 metres back from the cliff, and heading down to the right. I couldn't see the bottom of the descent - a slight scramble - but having the merit of being downclimbable, it did seem like the better option than the cliff; so I went with it.

Not too long thereafter, the clag-bound summit of BLV loomed ahead. It failed to inspire... I'm soooooooo glad that I didn't look again at any WHRs of this area before I went up - eg like this from huff_n_puff...
https://www.walkhighlands.co.uk/Forum/viewtopic.php?f=9&t=47977

or this from Black Panther
https://www.walkhighlands.co.uk/Forum/viewtopic.php?f=9&t=85660

I think I'd have gone nuts with frustration at the lack of views.

At this point there was still no sign of the cloud clearing, so I abandoned the plan I'd had of continuing round the horseshoe to Sgorr Ruadh and Fuar Tholl, and just descended to the head of Coire Lair.

As I emerged from the clag, I could see that this had been the right decision... 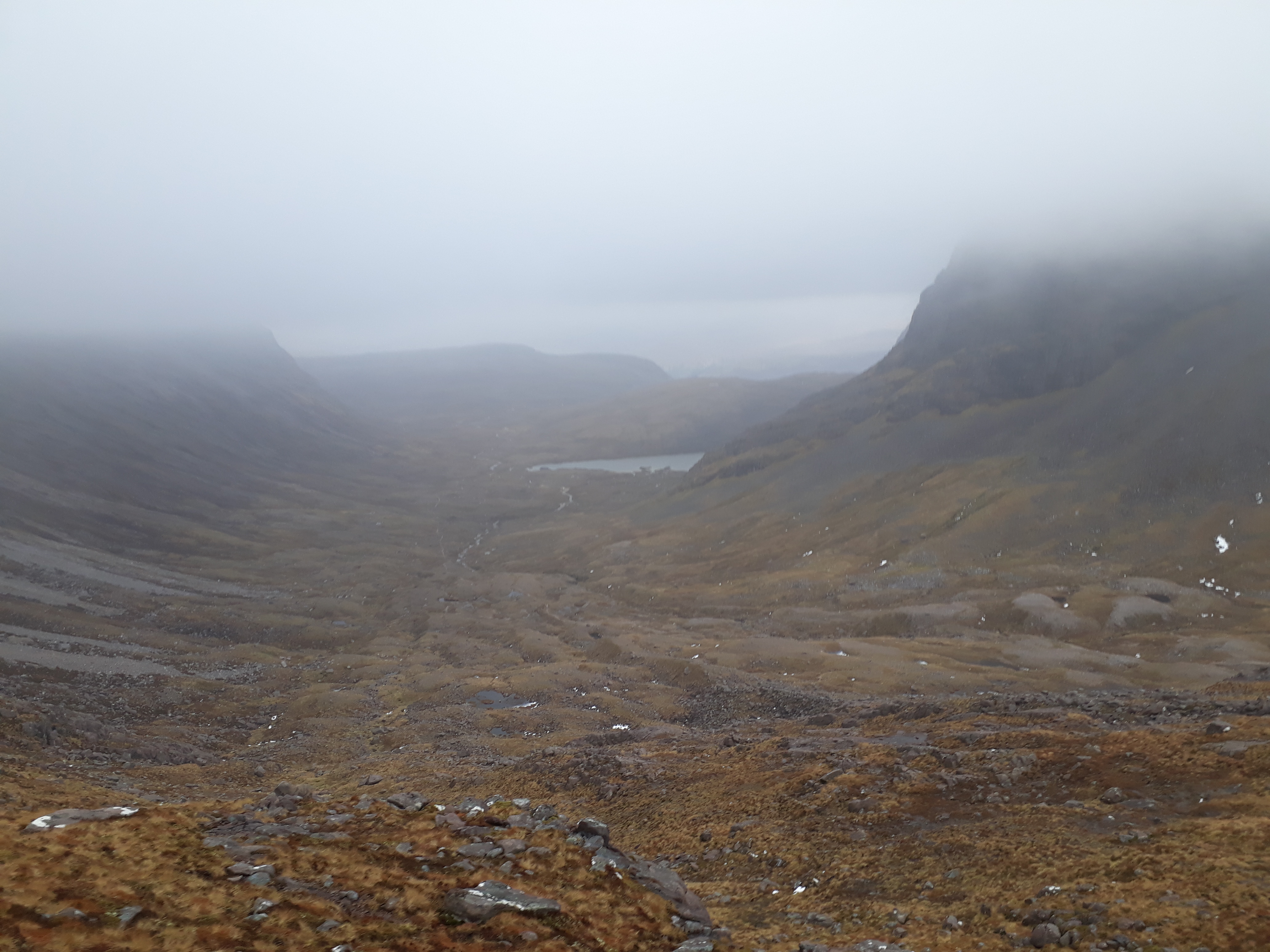 It was quite straightforward to hit the path that goes down the centre of the glen, and before very long I was making good progress carwards. 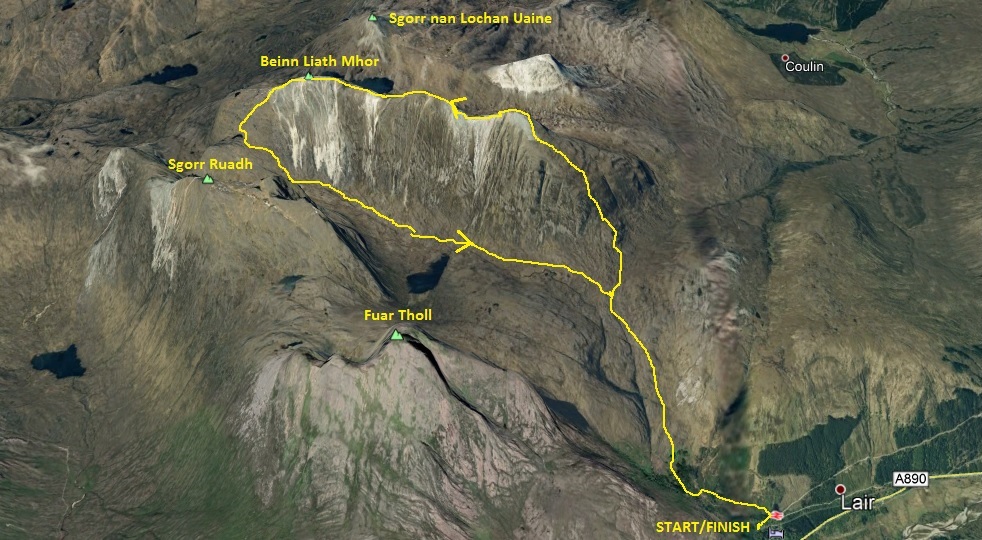 A wonderful place, and some quite superb pics there, Jonathan. I have to admit to regrettably powerful feelings of envy

as I read through your report. Extensive views of that other-worldly landscape were precisely what I'd hoped to enjoy, but didn't get, when I walked BLM. I can see exactly what I missed