After some deliberation as whether to walk up the Meall nan Tarmachan ridge or Meall Ghaordaidh we decided on the latter as the forecast was for rain later and the cloud level was sitting around 3,000 feet. It seemed a straight forward route, through a gate, across a field, over a stile then along the track where there would be a pole on the left, to turn up at the cairn. Only problem was we missed the small cairn!
On we went across a burn to another pole further on. Still couldn’t find a cairn so decided to just head uphill. Back across the burn and followed a broken fence which was mentioned in the Walk Description. Still no path but up we went. Over bog which wasn’t too bad as it has been dry lately. 200m from the summit we were into the mist. Looming up ahead were quite steep crags which we couldn’t safely see a route through. Decided, reluctantly to head back down. However, for our course down, first we walked back under these crags and came across the path we should have been on! The path was well worn so easy to follow. So decided to continue up. A little bit of scrambling and soon the large, circular cairn appeared through the mist. Sadly, absolutely no view whatsoever.
Followed the good path down to see where we went wrong. How we missed the cairn we’re not sure but probably chatting too much! We reckon that we would have been a good hour quicker had we found the path initially and would have made it back for tea and cake in Killin. 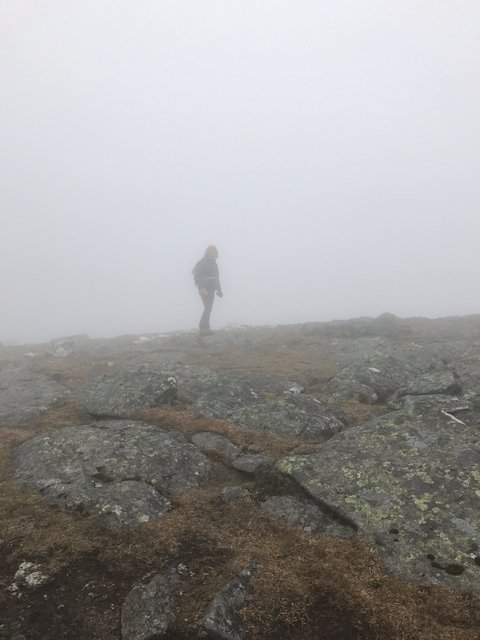 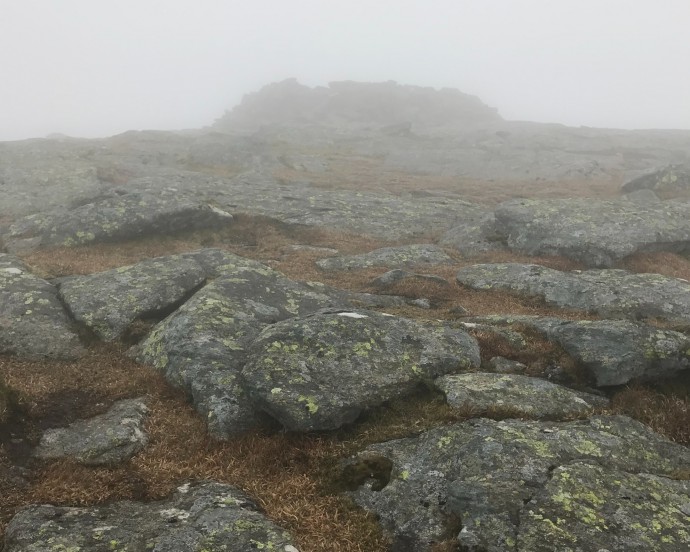 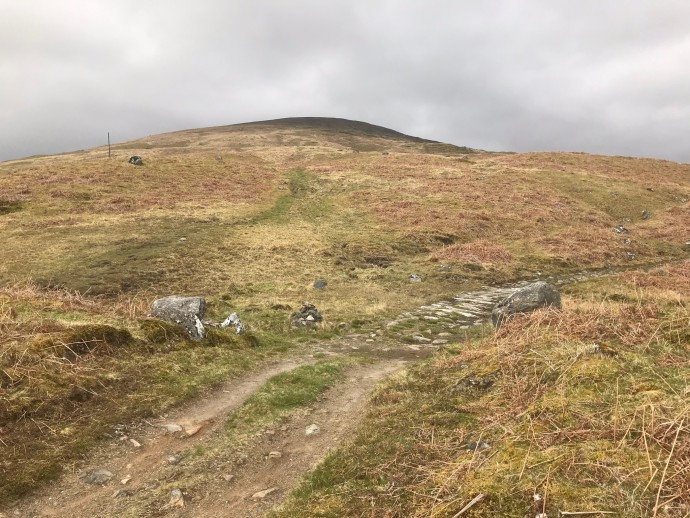 Small cairn at the start of the climb.

Re: Don’t miss the cairn!

Meall Ghaordaidh is definitely a good choice for a misty day - safer and more straightforward than most.

It probably gets climbed a lot on claggy days, a shame in some ways, as the views a brilliant in good weather - our recent TR at https://www.walkhighlands.co.uk/Forum/viewtopic.php?f=9&t=86765

Good idea to include a photo of the cairn - it is small and easily missed. We spotted the iron pole first, which alerted us that the cairn must be coming up. But in dull weather the iron post might be not be seen either!

Re: Don’t miss the cairn!

We did this hill at the weekend along with the Corbett and noticed on our return there's even a second cairn if you miss the first one and did think how would anyone miss that with the big pole! But I can't be smug as I went up Beinn Sguliard a few years ago and totally missed that cairn for the footpath and it's massive. I didn't even have a friend with me for an excuse. Sounds like you were heading for the beallach between the two hills if you were crossing streams and bog. Hope to get my own report up soon.