Having realised many years ago that at the rate I was ticking off Munro's I'd be a double centenarian before completing! So I started looking for groups of summits along ridges. Having looked at my Munro map, i saw a line in the Black Mount and persuaded my regular buddy Matt to come along for a bit of backpacking. This would be a three-day, 7 Munro jaunt. The plan was to drive up on Saturday, walk in to the top of Glen Kinglass, start up Beinn nan Aighenan and finish at Stob a Choire Odhar on Monday.

Matt is in Norwich, and I'm in York, so he drove to mine on Friday before we set off in a shiny hire car on Saturday morning reaching the Victoria Bridge car park at 2pm. Hoisting our packs onto our backs, we set off along Glen Shira making good progress on the track, starting a list of wildlife as we went and hopping across the stepping stones midway. We dropped over into Glen Kinglass, finding a camping spot above the gorge downstream of the new bridge. Setting off from Forest Lodge

Our proximity to (relative) civilisation given away when two ladies walked up in civvies heading towards Victoria bridge at half 7!

Being woken at 04:30 by competing male Cuckoos is a fine start to any day, but Matt's snoring convinced me to roll over and close my eyes again, I saw every half hour before Matt woke at 07:30 (he's got a small person at home and I felt he'd benefit from the lie-in). Having sorted everything out we set off across the very steep south face of Beinn nan Aighenan's east ridge. This was a slog of epic proportions and it felt like a great victory reaching the top, but it was still 2.5km and nearly 500m of ascent to the summit. Carrying on along the ridge was a grind with several ramps which increased the difficulty under our full packs. There are no paths along this side at all and it's a real slog across broken ground. Looking along the E ridge to Beinn nan Aighenan We dropped down the north ridge of Beinn nan Aighenan on the first path we'd seen all day, and started to see other walkers. We stopped for a spot of lunch at the col, watching heavy showers heading in, before climbing to the next col below Ben Starav where we dropped our sacks at the 766m spot height, and started skipping, unladen towards Ben Starav through some interesting geology. The ridge across from Stob Coire Dheirg was interesting, but not the most exciting scramble of my life! 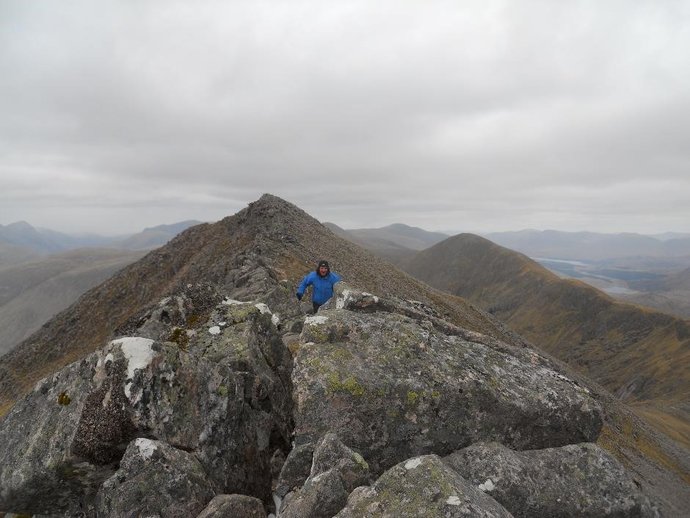 Matt was beginning to struggle with climbs to the extent that he barely wanted to traverse across to the proper summit, but was gently persuaded. We finally got phone signal for the first time since Bridge of Orchy and I spoke to t'wife and child #2 (great) and my parents about the imminent euthanising of their collie (terrible) while huddled with my back to a snow shower before dropping quickly back to our bags.

Having re-loaded our packs we started the steep ascent up to Glas Bheinn Mhor. Under full packs this was incredibly slow-going, enlivened only by the first appearance of Ptarmigan (having seen only droppings all day), in partial winter/summer plumage on Meall nan Tri Tighearnan. This also gave us views of the huge, pathless slog up to Beinn nan Aighenan we'd endured first thing 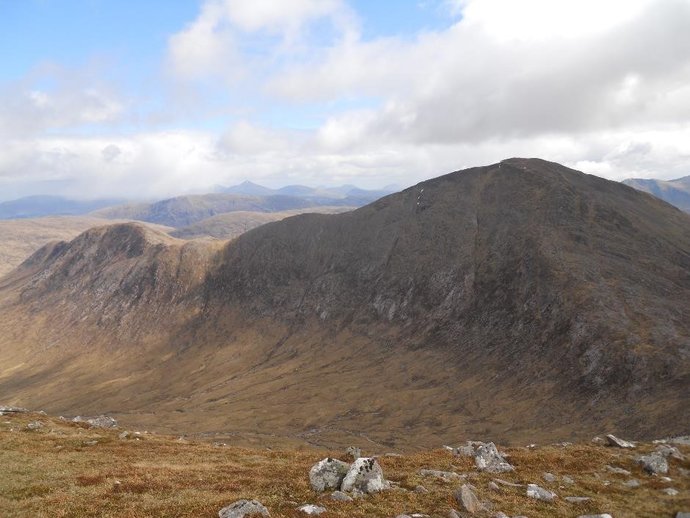 
By the time we made the summit it was already 16:30 and Matt was really struggling with his pack digging into his ribs and stressing his back, and general fatigue. We had at least 4 hours of daylight left, but crossing the next col to start Stob Coir an Albannaich would leave us needing to get to the Bealach Dochaird quicker than we had walked all day, and this was our next most likely, sheltered, camp spot. Taking into account the increasing snow showers and our fatigue we decided that discretion is greater than valour, and dropped south through a hanging corrie, back into the upper Glen Kinglass.

We camped adjacent to an area of fenced-off woodland in the valley bottom, leaving us a stroll back to the Etive - Forest Lodge right of way and retracing our steps back to the car. There were some heavy rain showers on the way out, which left a dusting of snow across the tops - this would have been very interesting if we had had to camp out on the tops, but I couldn't help but wish to have tried to finish the ridge - but as I said at the time, those mountains aren't going anywhere and will still be around when we go back.

We took the footbridge across the Shira instead of the stepping stones, but unless the river is high, the path through the wood is not as nice as the main track. There were good views across to Beinn Dorain and Beinn an Dothaidh with fresh snowfall. I'd cajoled son #1 up Dorain when he was just 6.5 (the power of sweets!), son #2 has never been that excited until he saw the pics, now he wants Dothaidh later this summer! 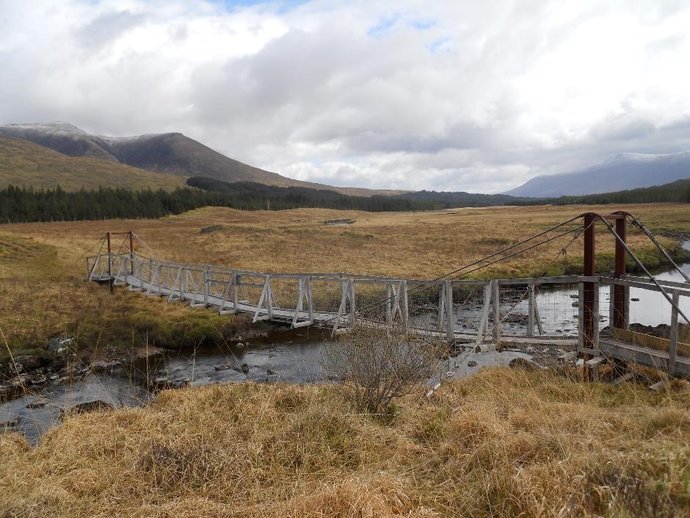 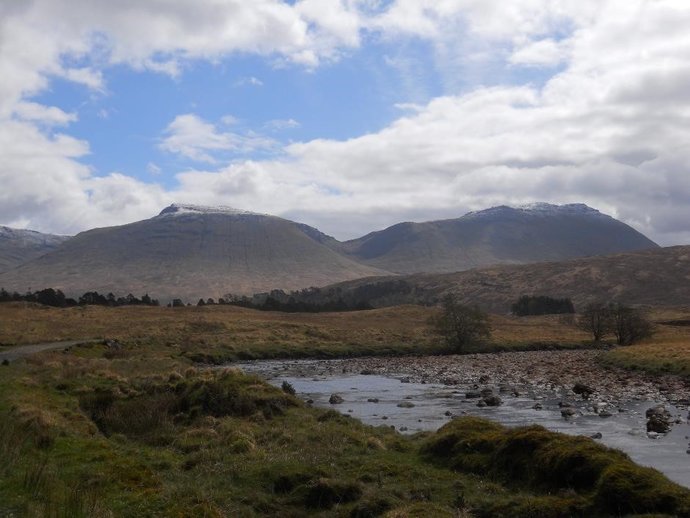 The main lessons learned were plan better and pack lighter! It was galling to realise that we could have done those three Munro's in a day from Glen Etive with light day sacks, but hey-ho, still learning after all these years.....