Well this day had been planned for a few months with a stay in Cannich B&B for 4 of us, Ali, John, Kev and myself. Fife Flyer had been injured for a bit and was not doing his usual weekly walks but decided to do a walk this weekend and when I jogged his memory we were doing the Mullardoch 4, he thought what a great get back in walk, what

Maybe if Parminder came too there would be enough folks to carry him out.

Obviously that was not the case as Martin knows my other walking group and it would be a "left to die" (Falkirk Mountaineering Group moto, so I am told by a former member) with maybe a phone call for him.

Anyhow the 3 young ones and myself set off on Friday to Cannich and got something to eat at Drumnadrochet as we know all about the hospitality in a pub in Cannich, where incidentally we had taken the risk of booking a meal for 8:30pm, Saturday with meal choices already selected or we wouldnt get anything. The big question, would we be off the hills by then!

The plan was Martin and Parminder would drive up Saturday morning and meet us at the Dam at 9am for a 9am boat with Angus. So the meeting with the 3 Pensioners and 3 young ones happened as planned and we were on the boat to start our day. A bracing 10 min journey to the other end of the loch and we were off up towards An Socach, what a humph that was, but I knew the day had plenty more of it so just kept going.

Some pics here now of the day with narratives attached for added flavour...

Digs for the weekend, recommended

Last of the summer wine? 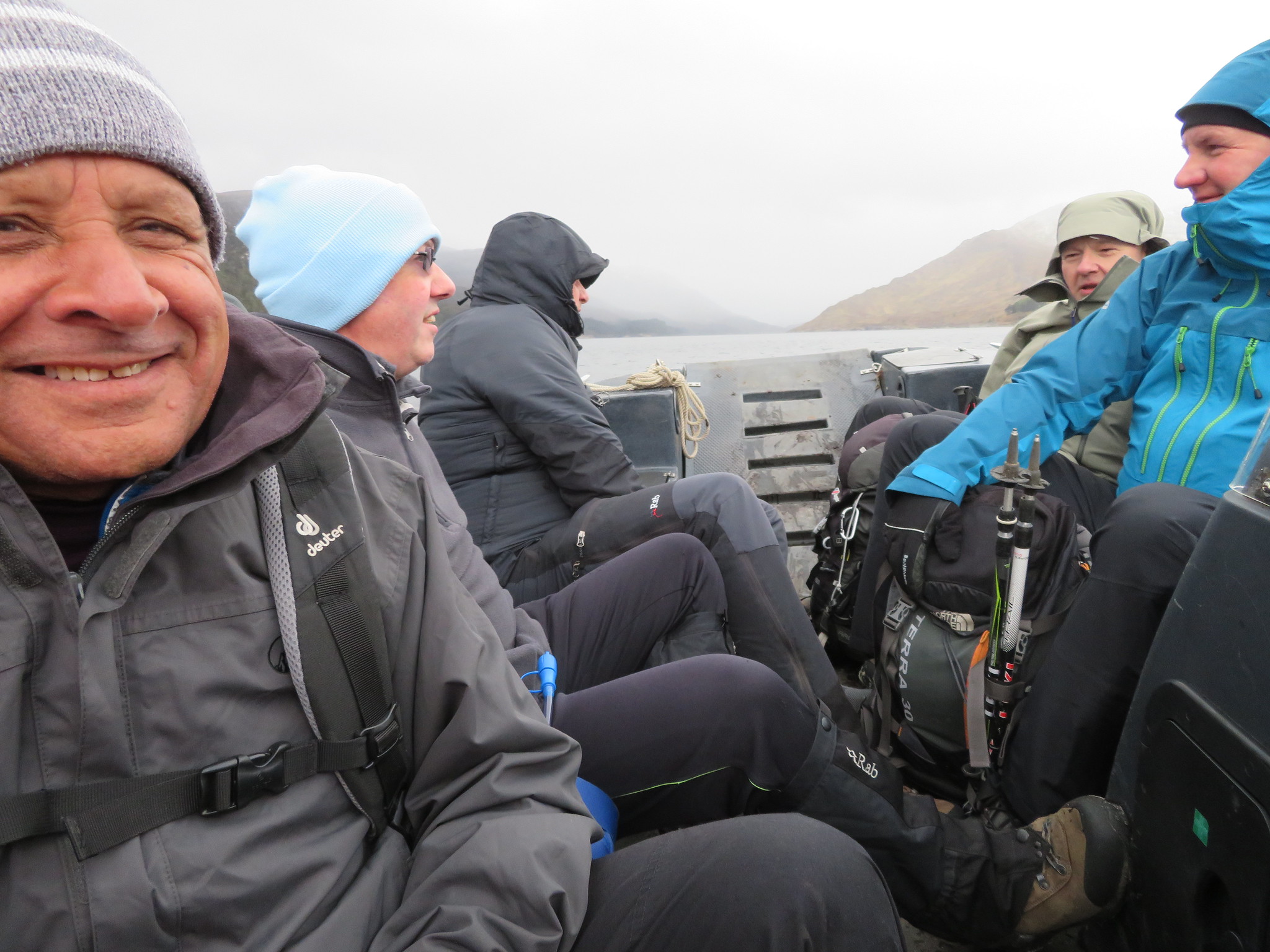 The 9am boat ride, it was cold glad we were not on the 8am

Angus are you sure you dont want to come with us! ?? ok, I will see you in the pub tonight which he replied "I hope so"

Parminder making his way up the first ascent to the ridge with the drop off point below us, it must have been cold, he has a jacket on. 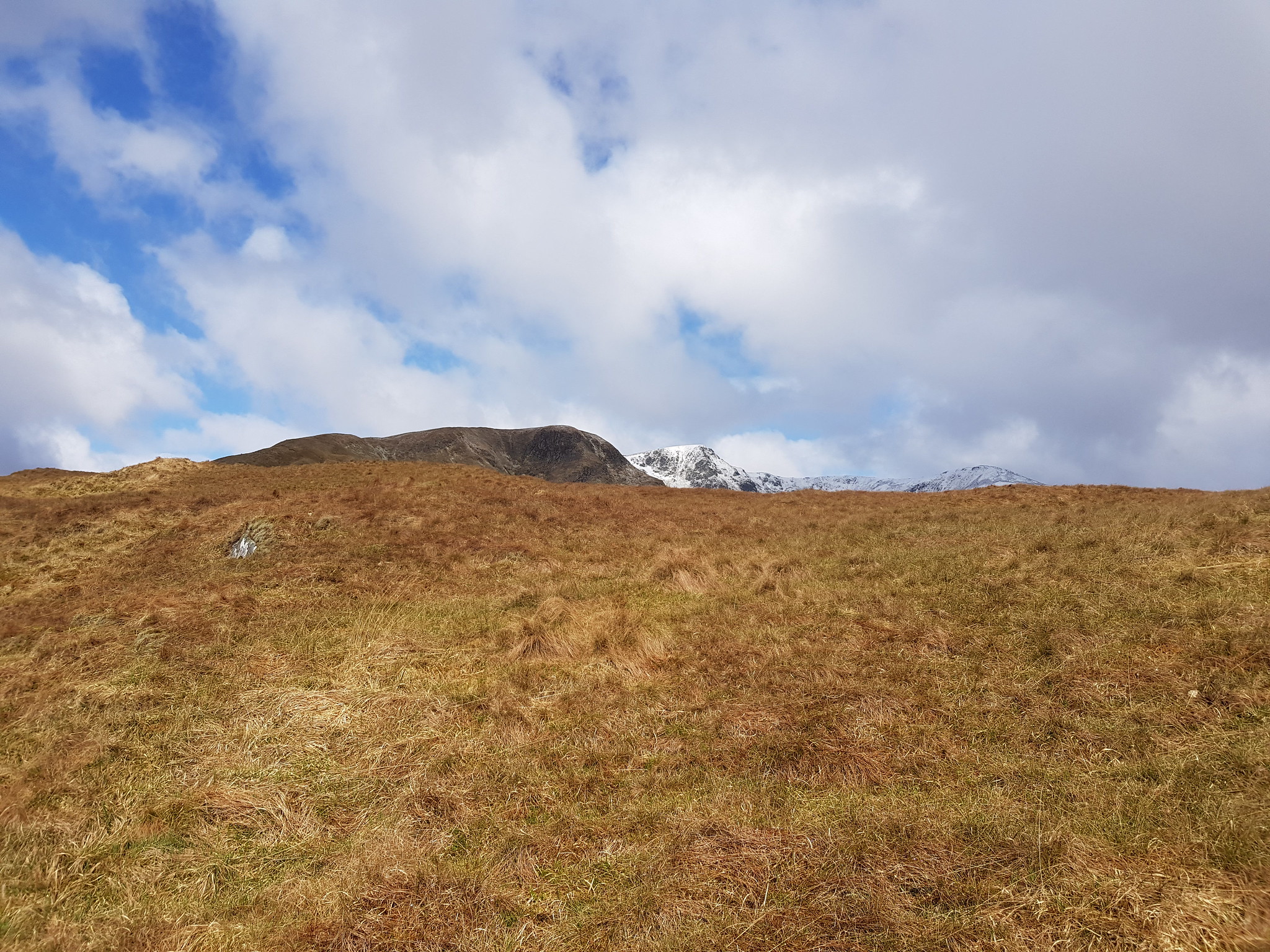 Socach summit poking its head over the ridge 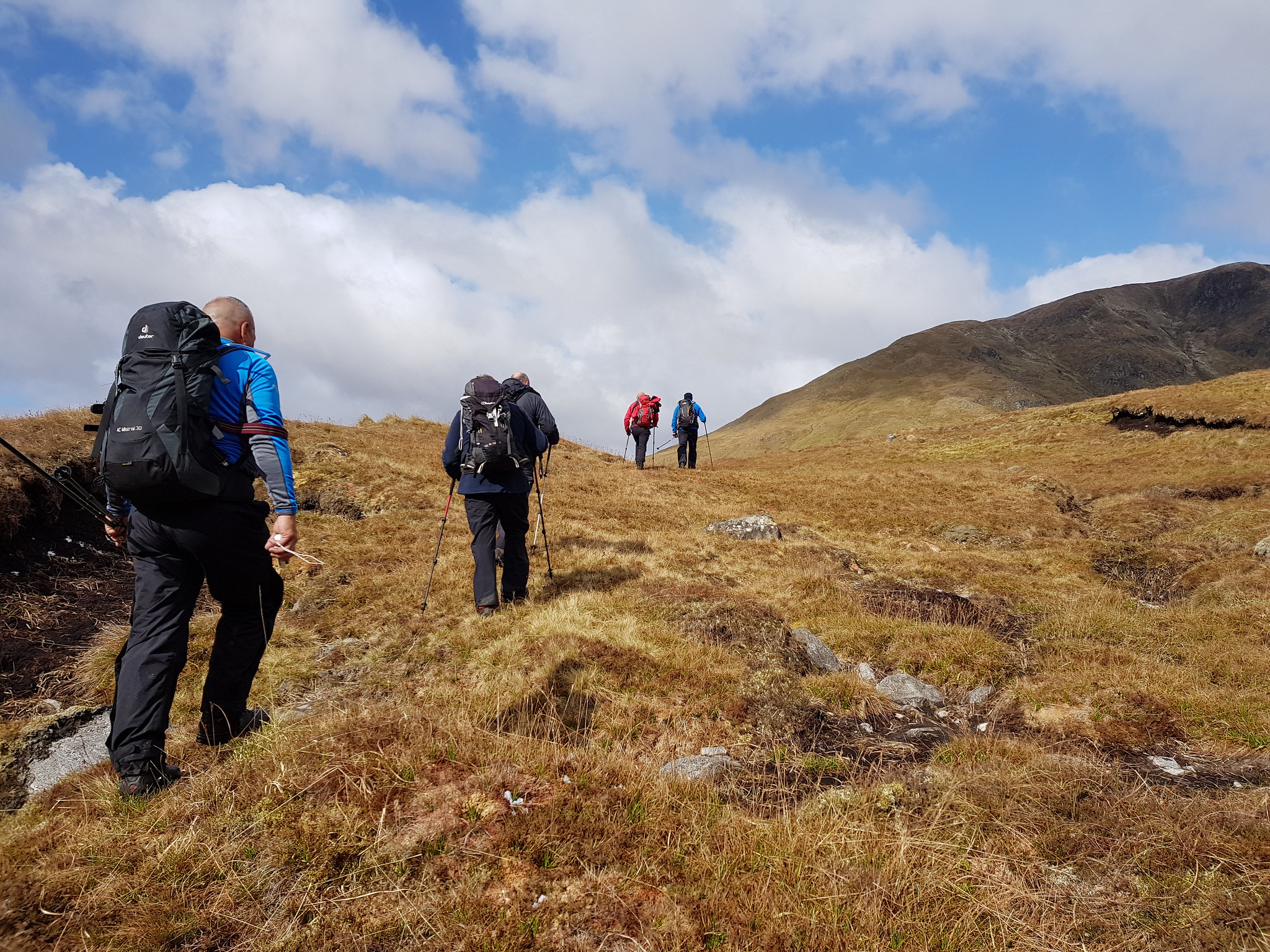 Starting to cloud over 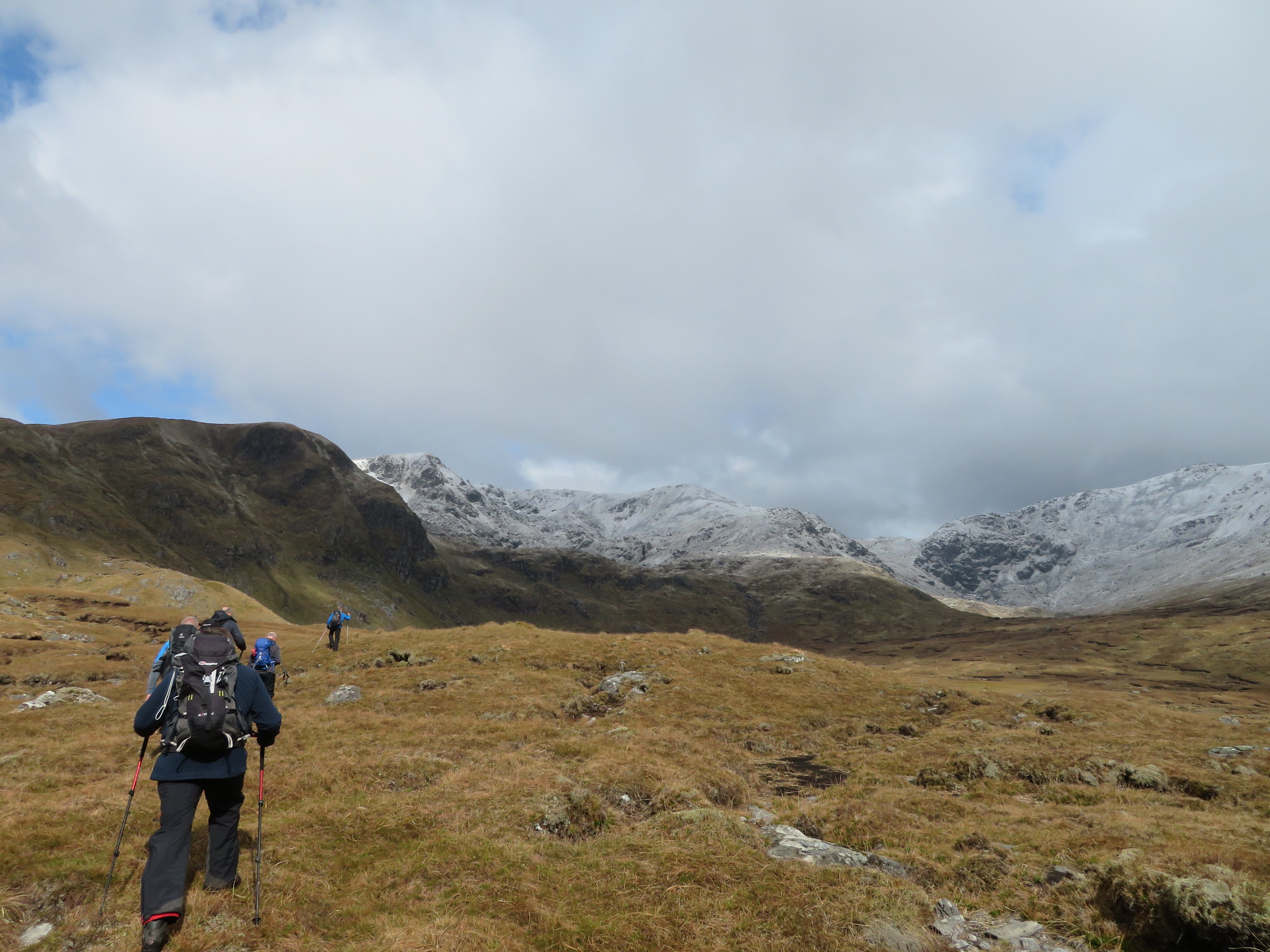 View of An Socach now that we are on the start of the ridge up. 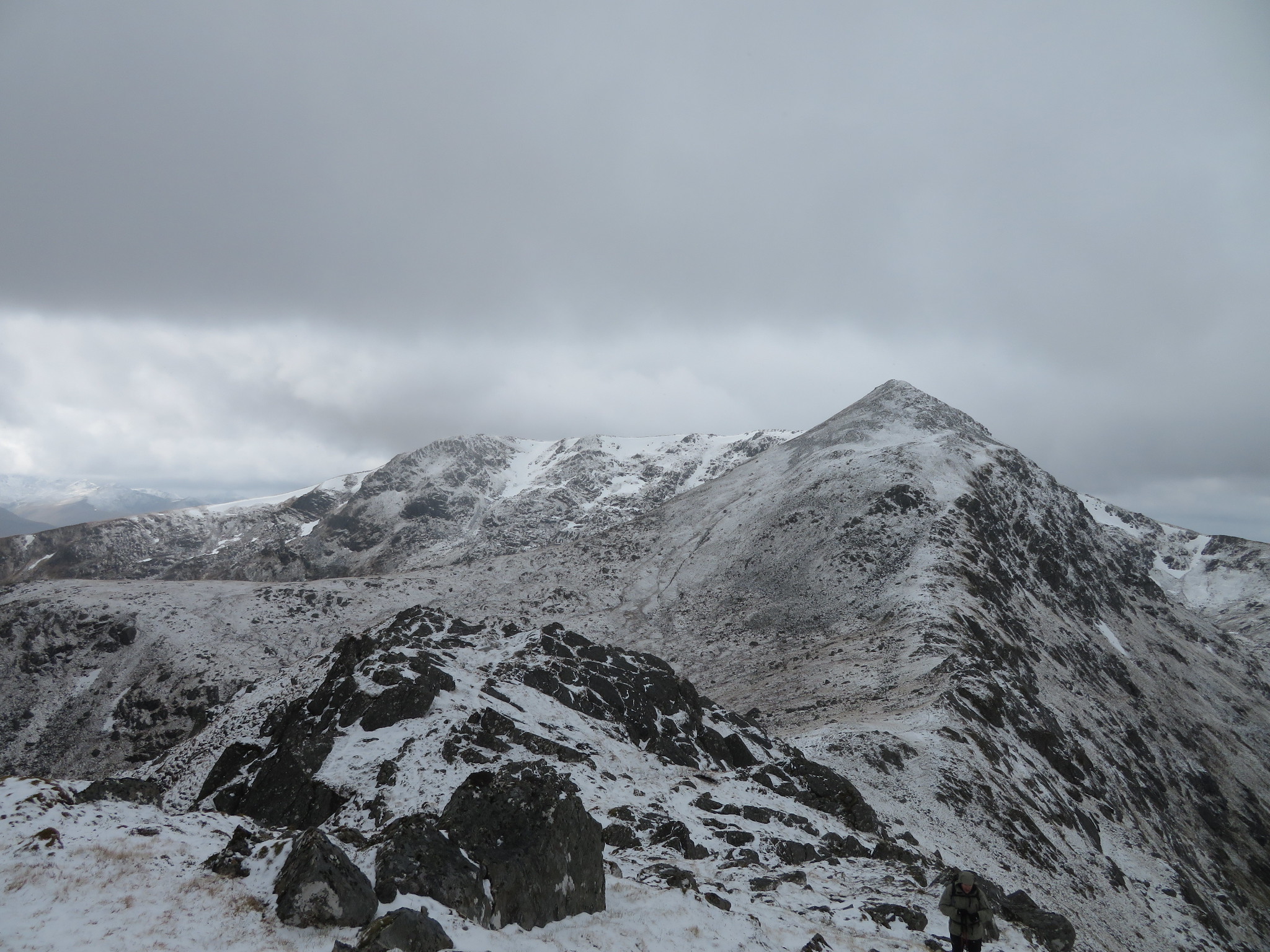 The way ahead to An Riabhachan 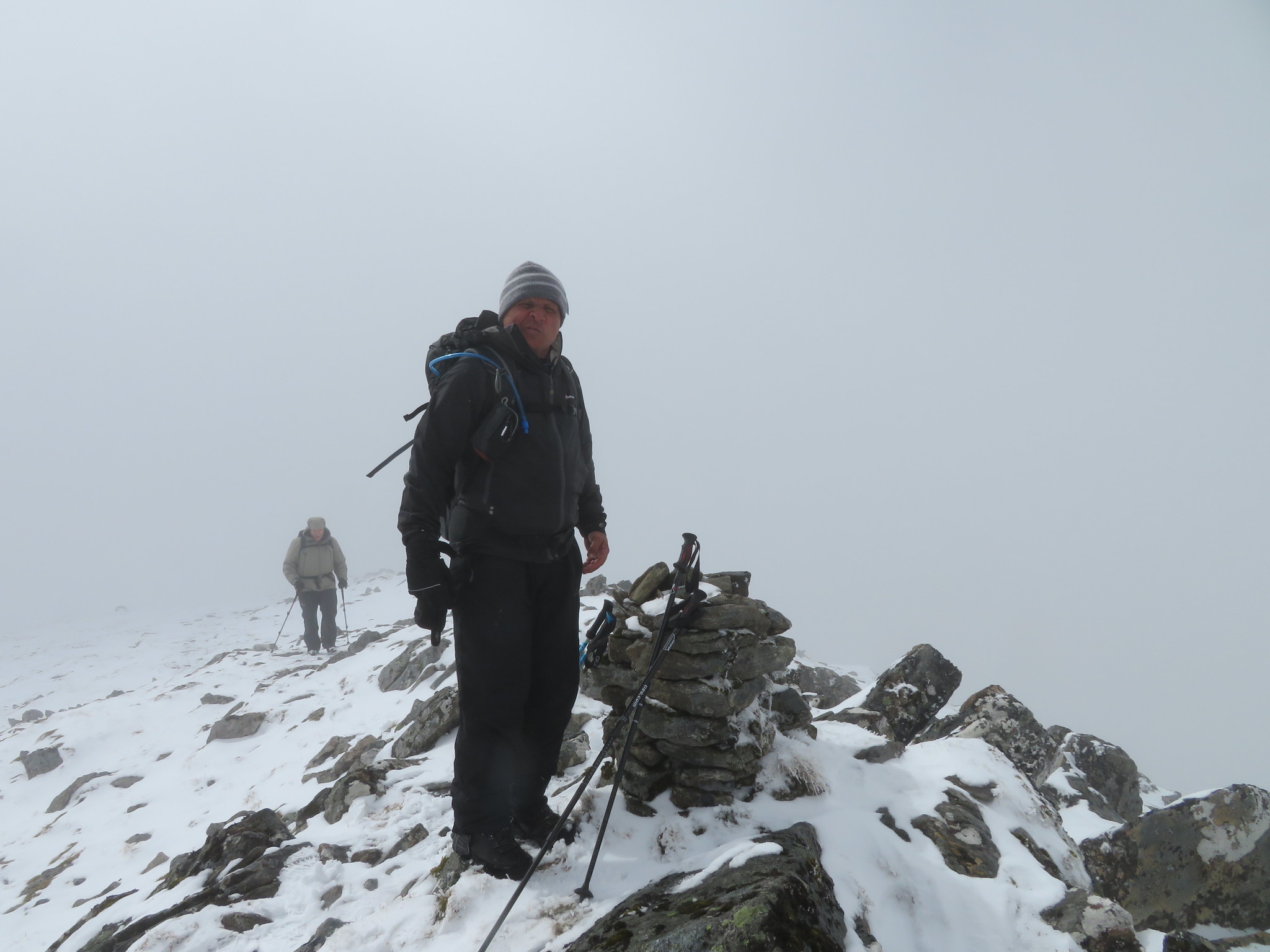 Parminder on the first cairn on An Riabhachan, which came pretty quickly from Socach, but then this is a big long hill with the summit at the other end at 1129m 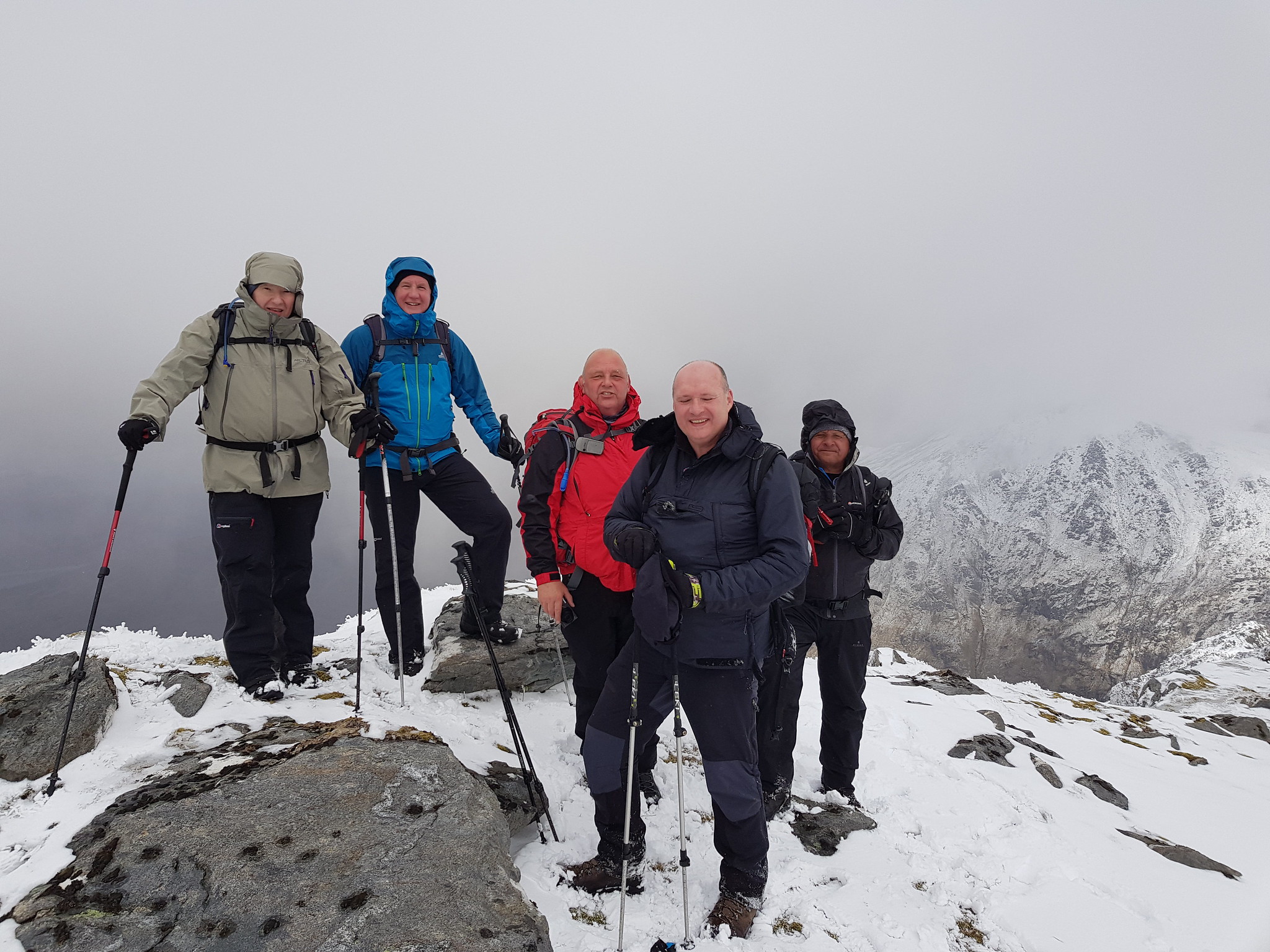 Martin taking the picture in this one 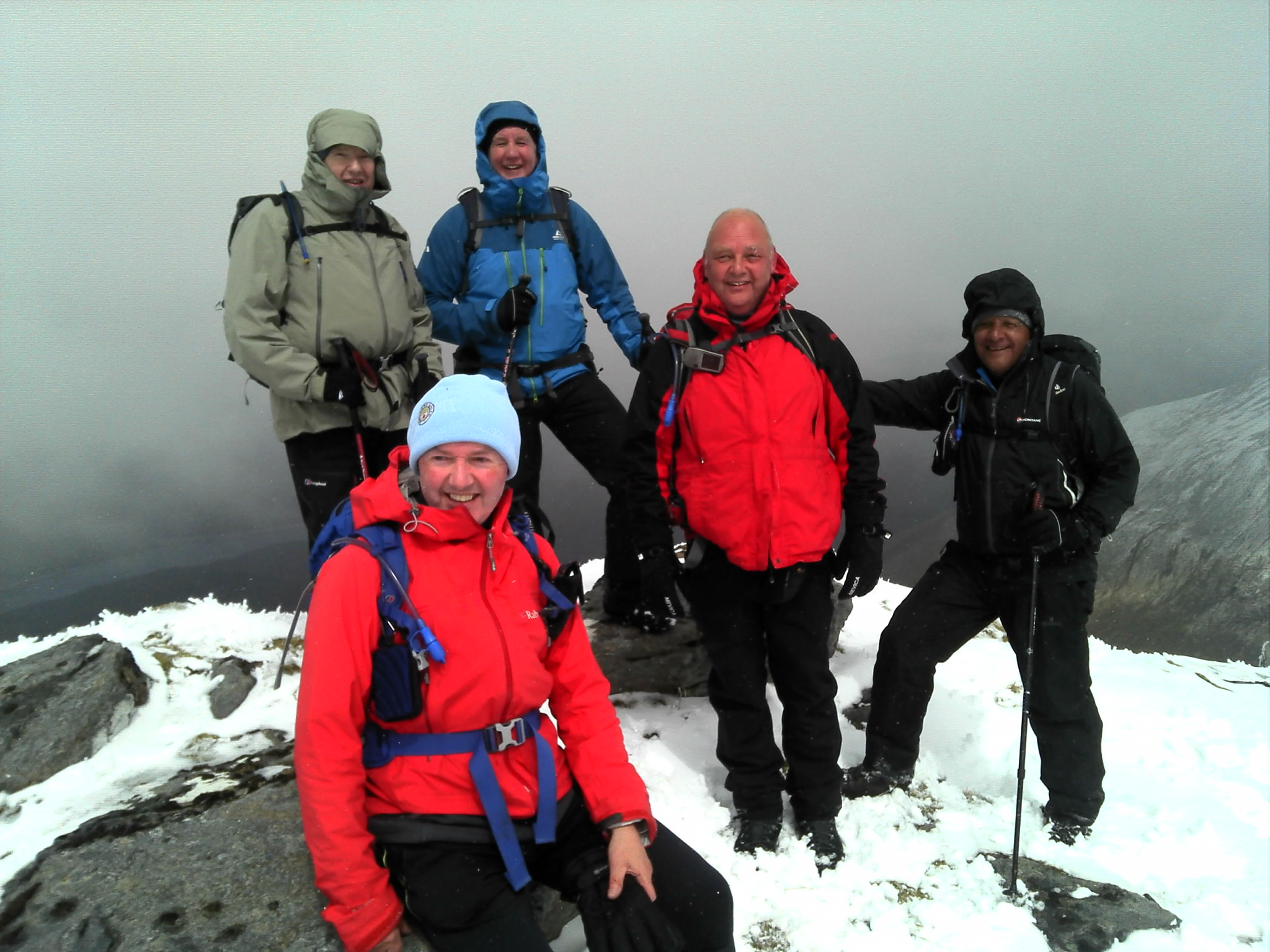 John taking this picture with his GPS 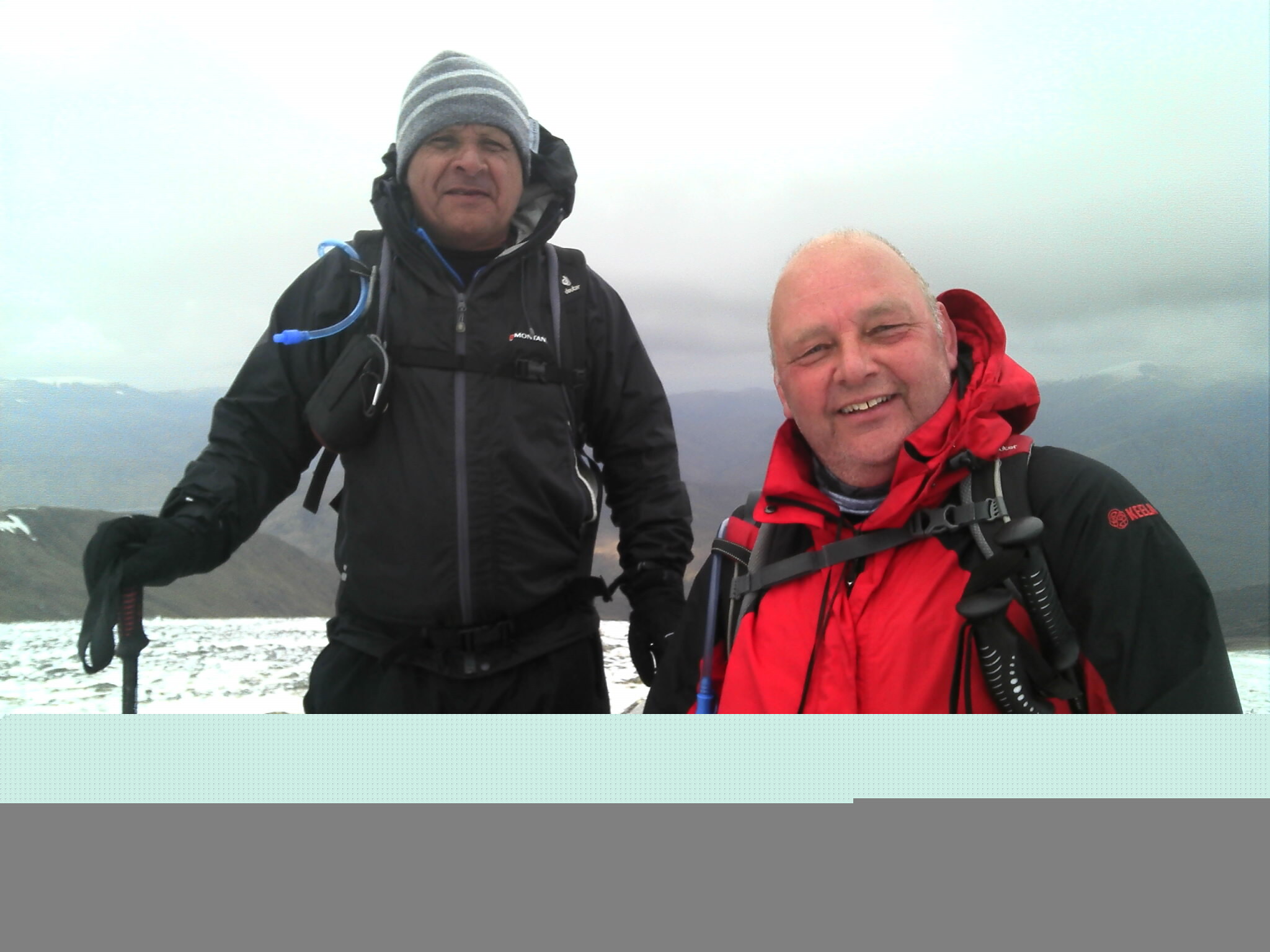 Another one from the GPS by John. 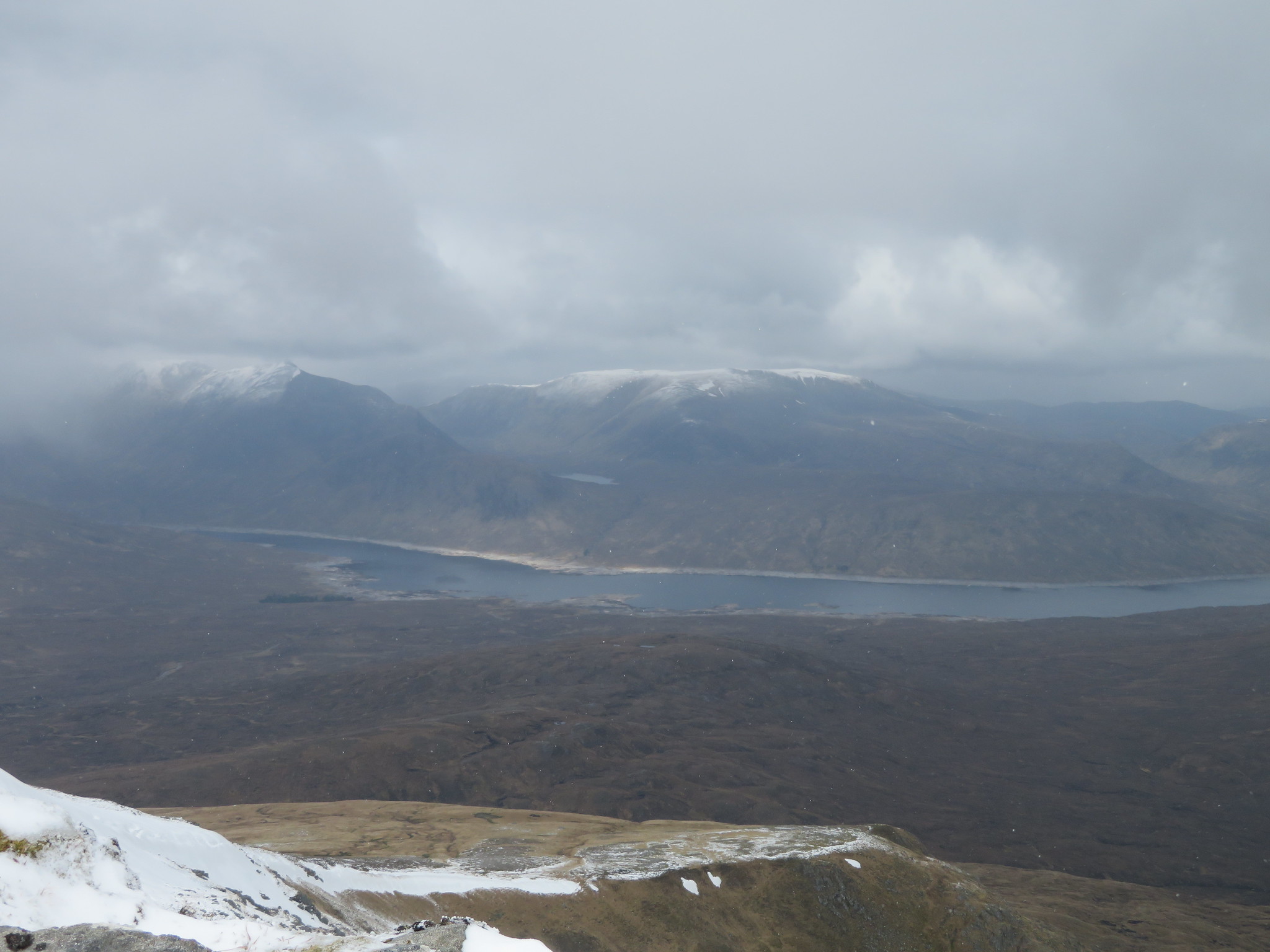 Loch Monar and the Achnasheen munros making an appearance 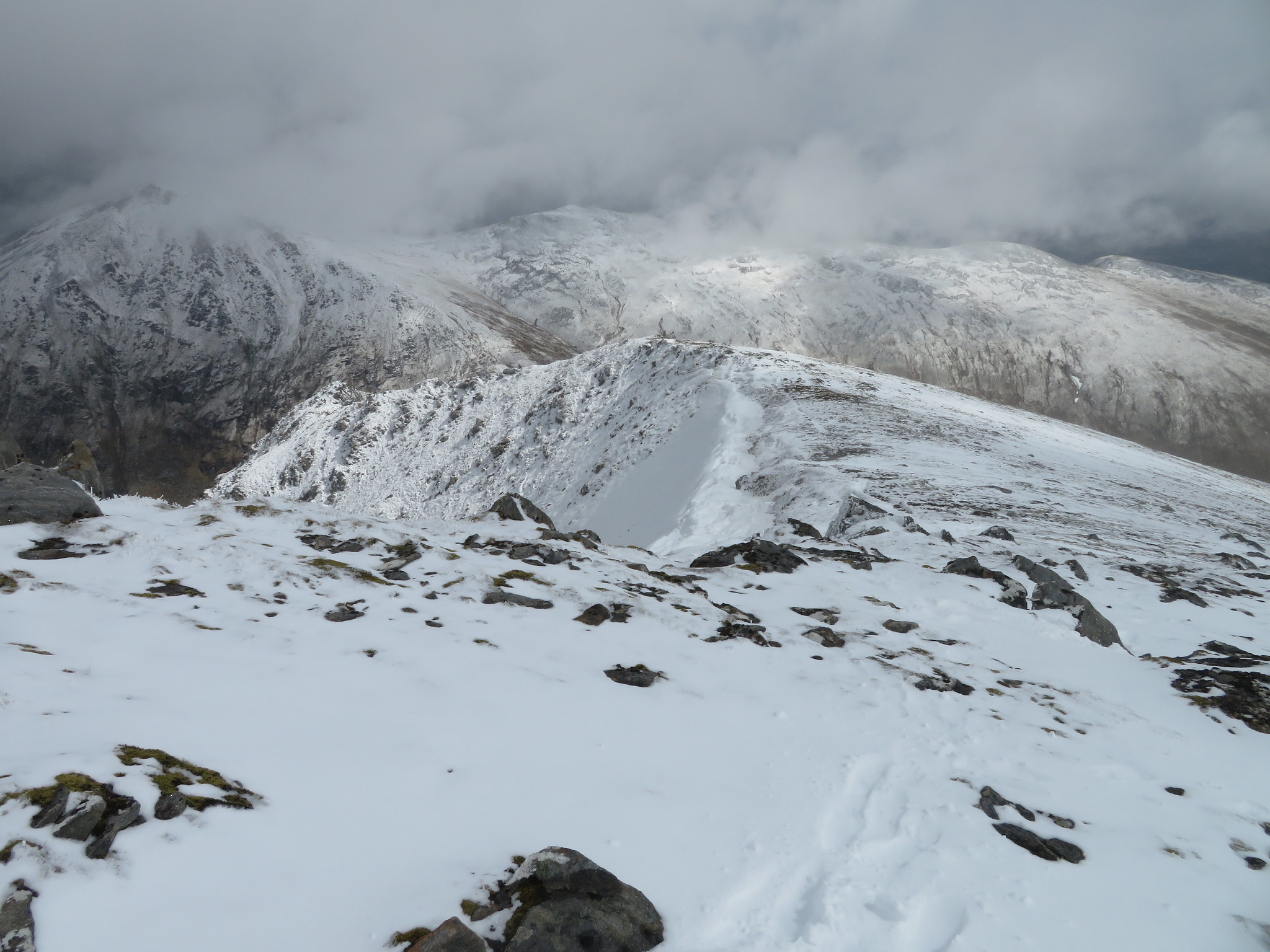 Laipach starting show itself which we knew was going to be the leg killer of the day with losing a good 350m ascent. 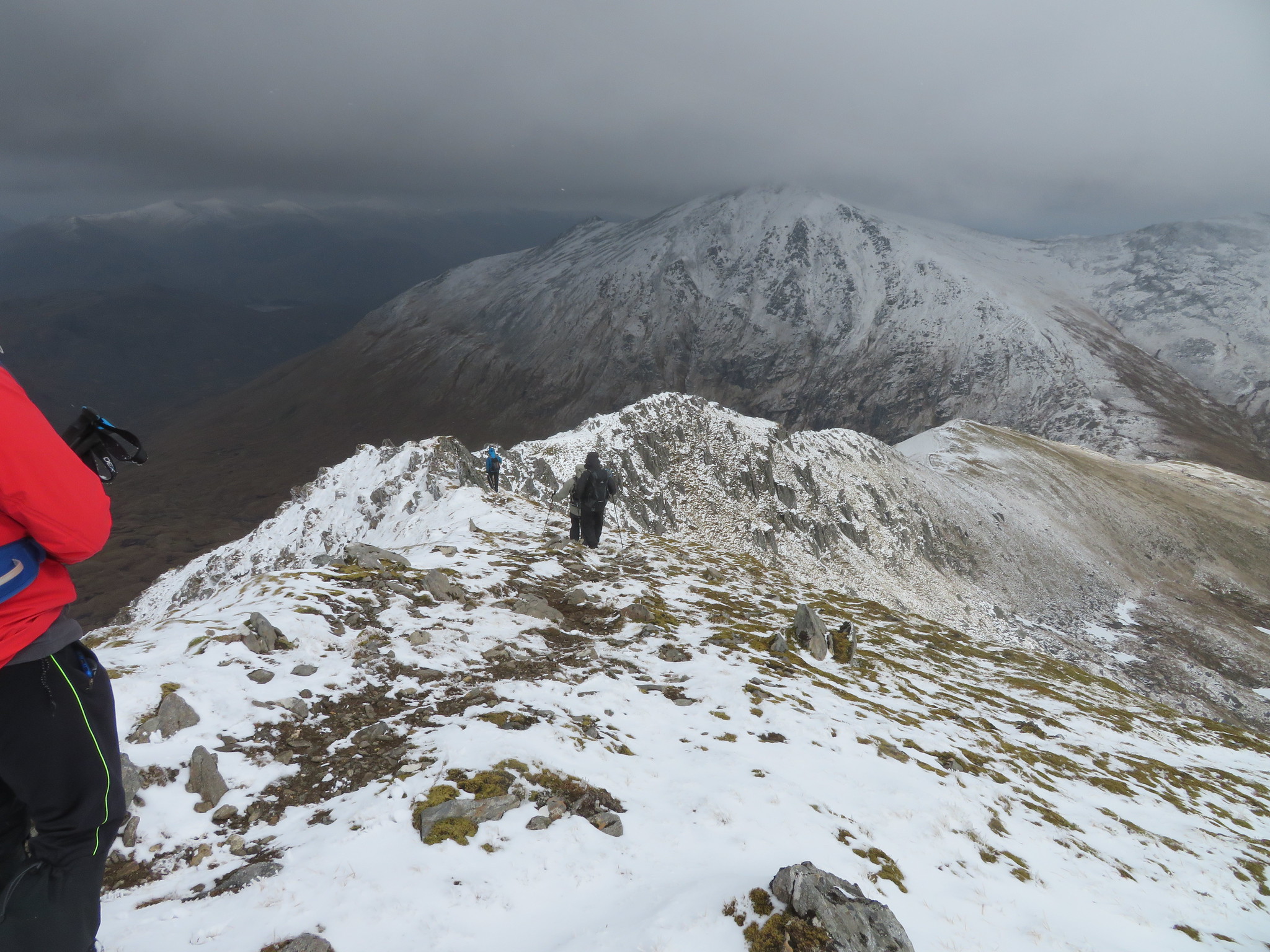 A ridge off that I had not researched enough but was ok. 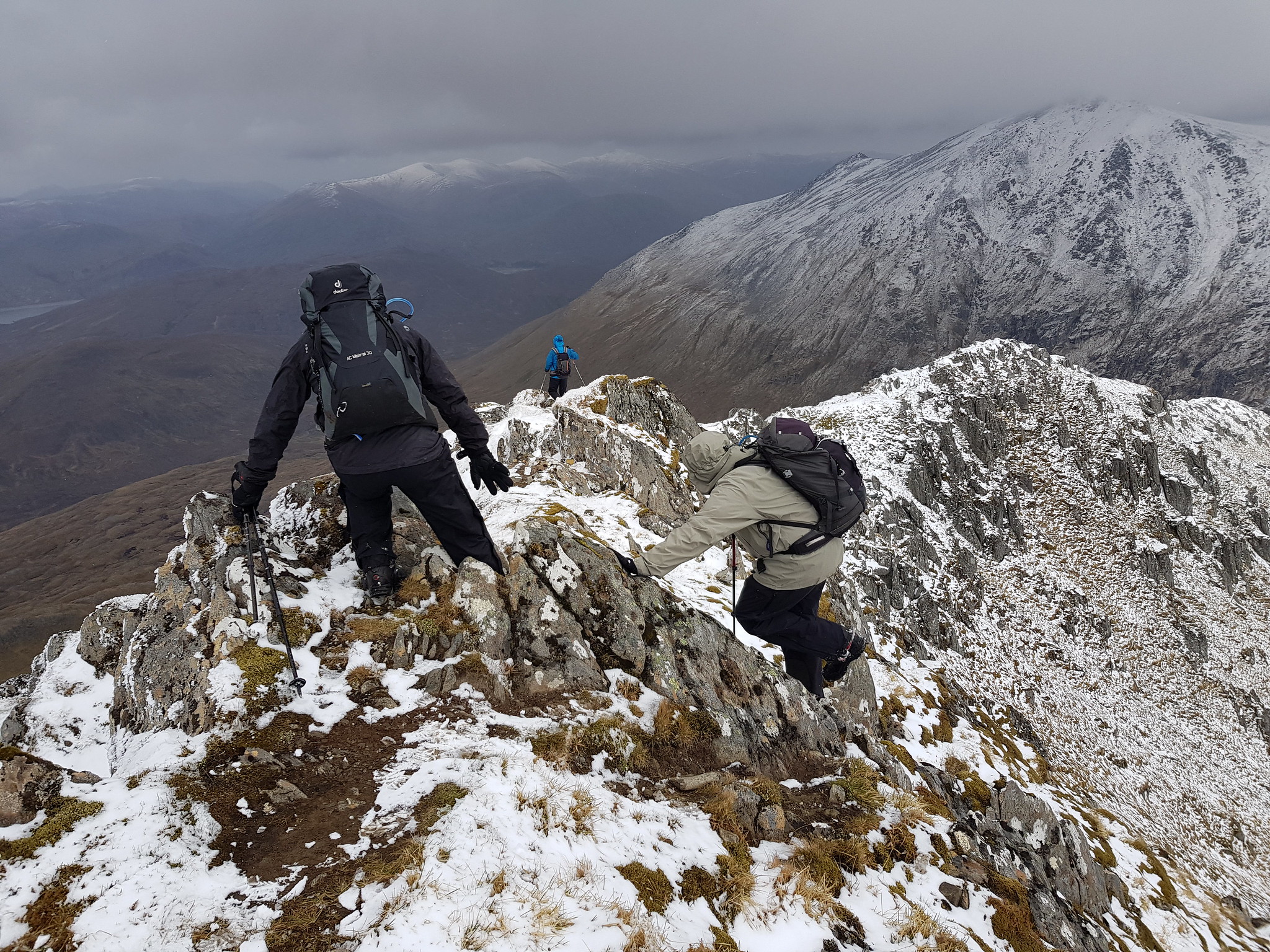 A couple of careful manoeuvres 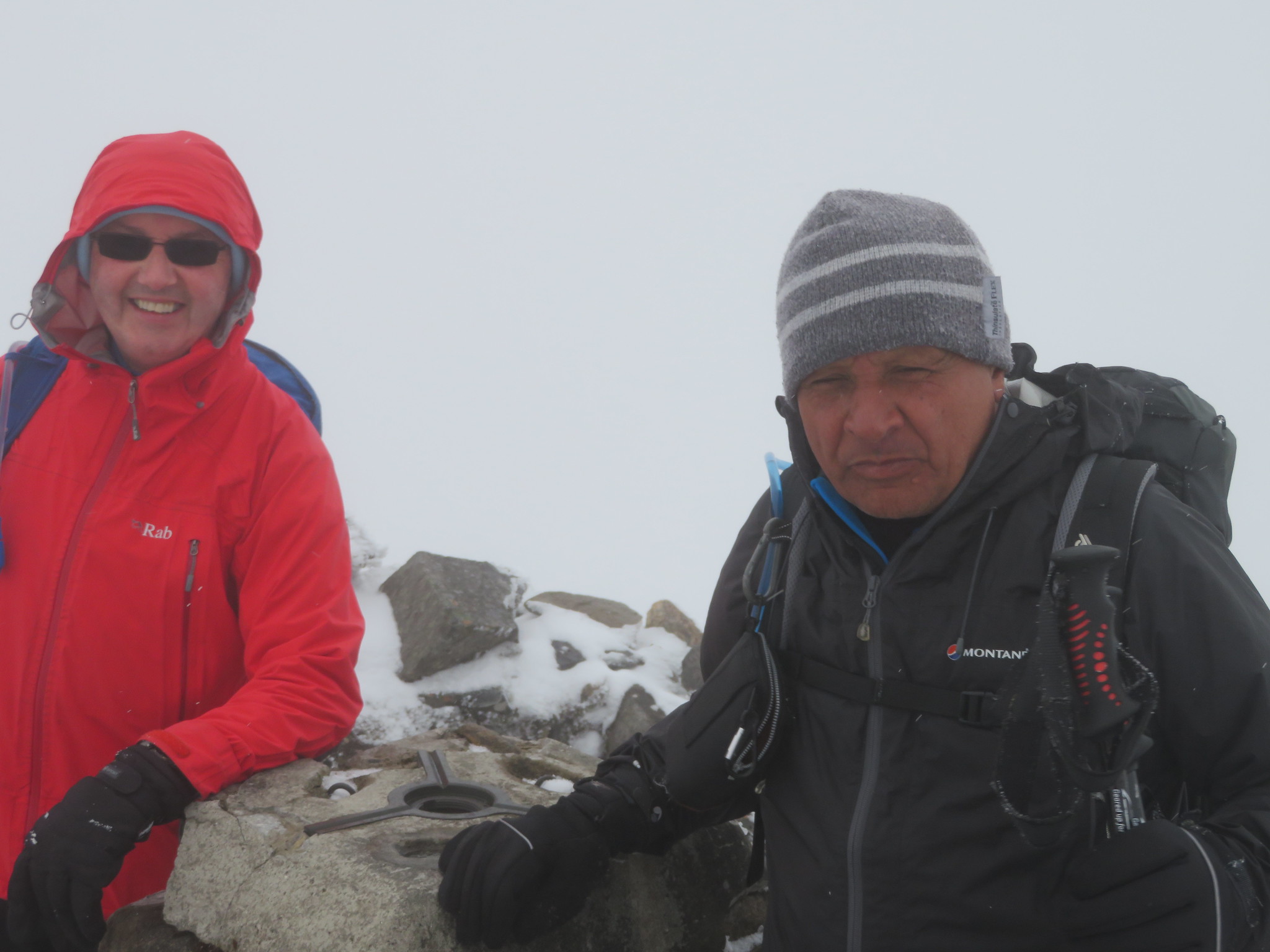 The pensioners got to the top before the young ones, haha, 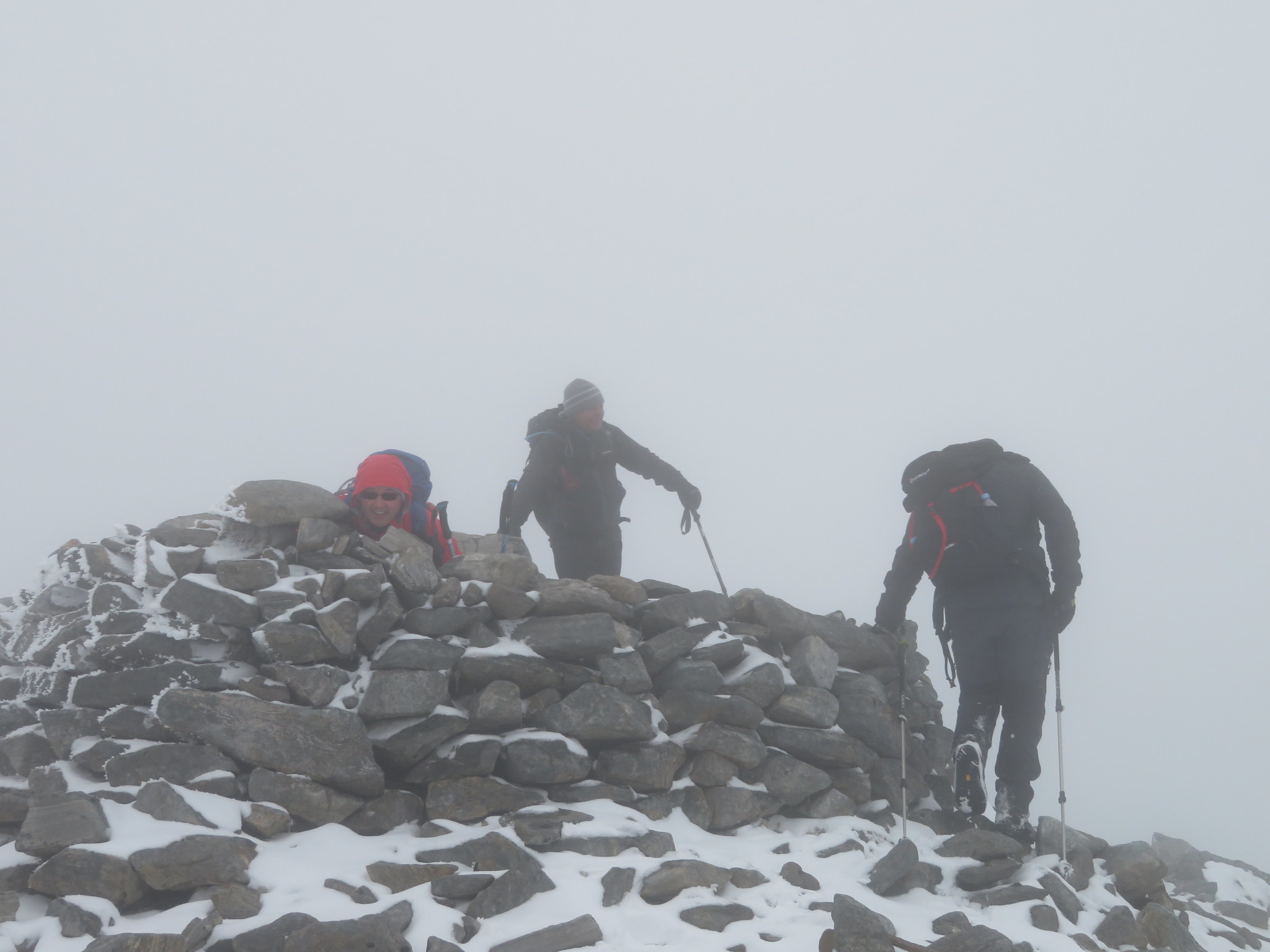 John just arriving and looking for the revolver again!

The next puzzle was to get off Laipach through the massive boulders with snow in between them and clag, so poor vis!! 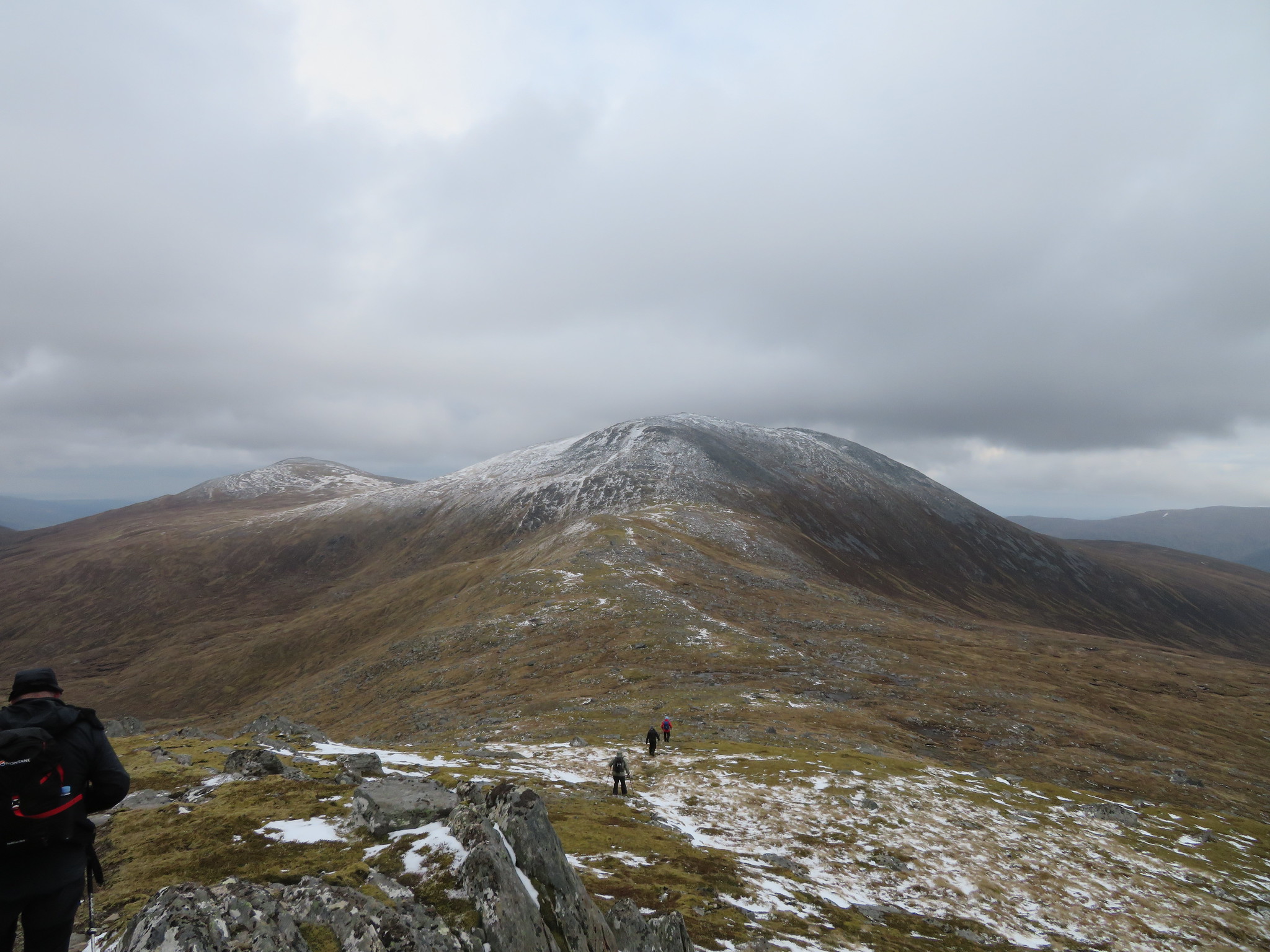 Carn nan Gobhar now showing the last target of the day, should be easy after what we have achieved.

At the bealach looking back at Laipach, not showing itself well in the clag, but it was not great to get off of, hence not many pics. 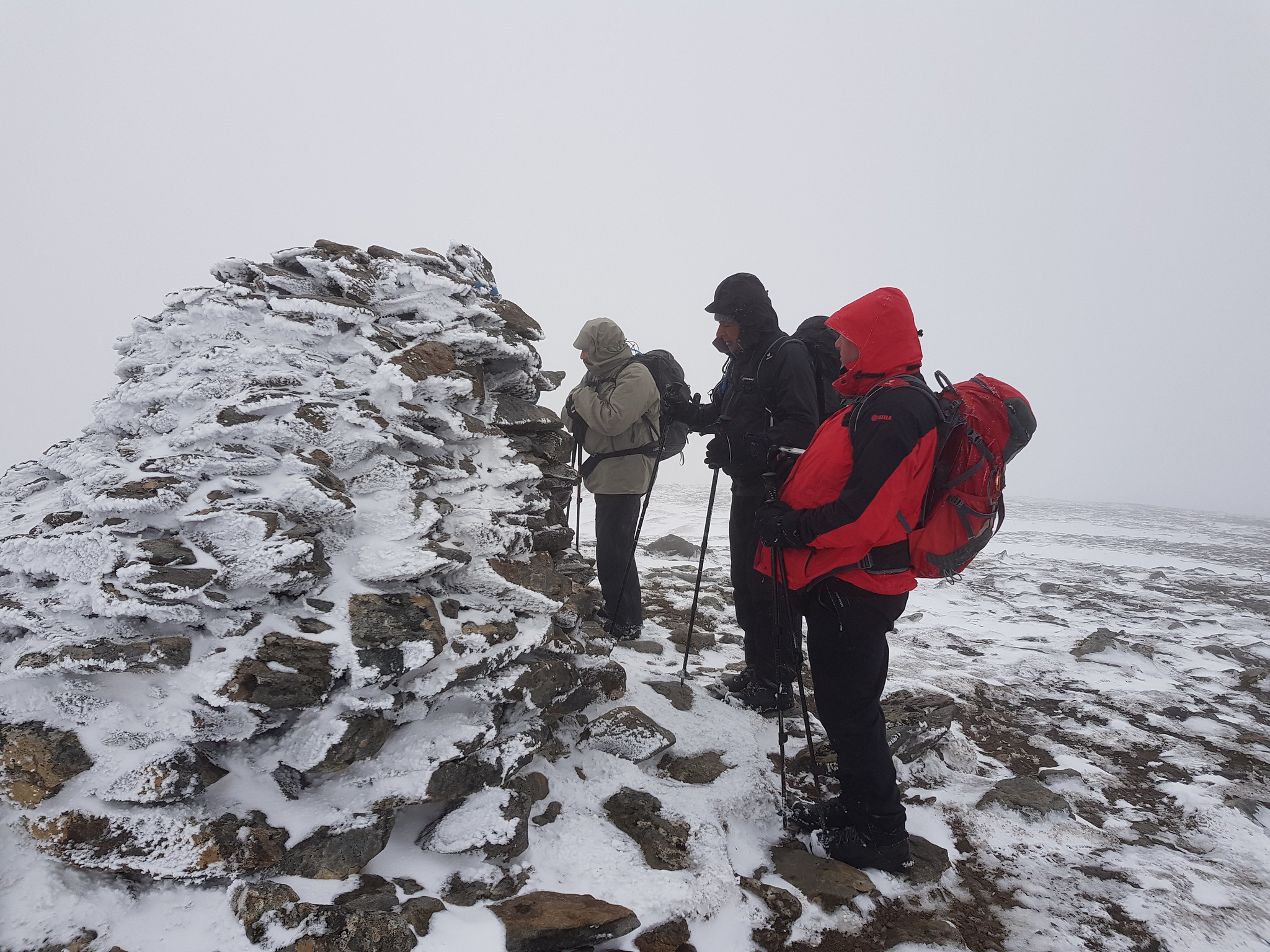 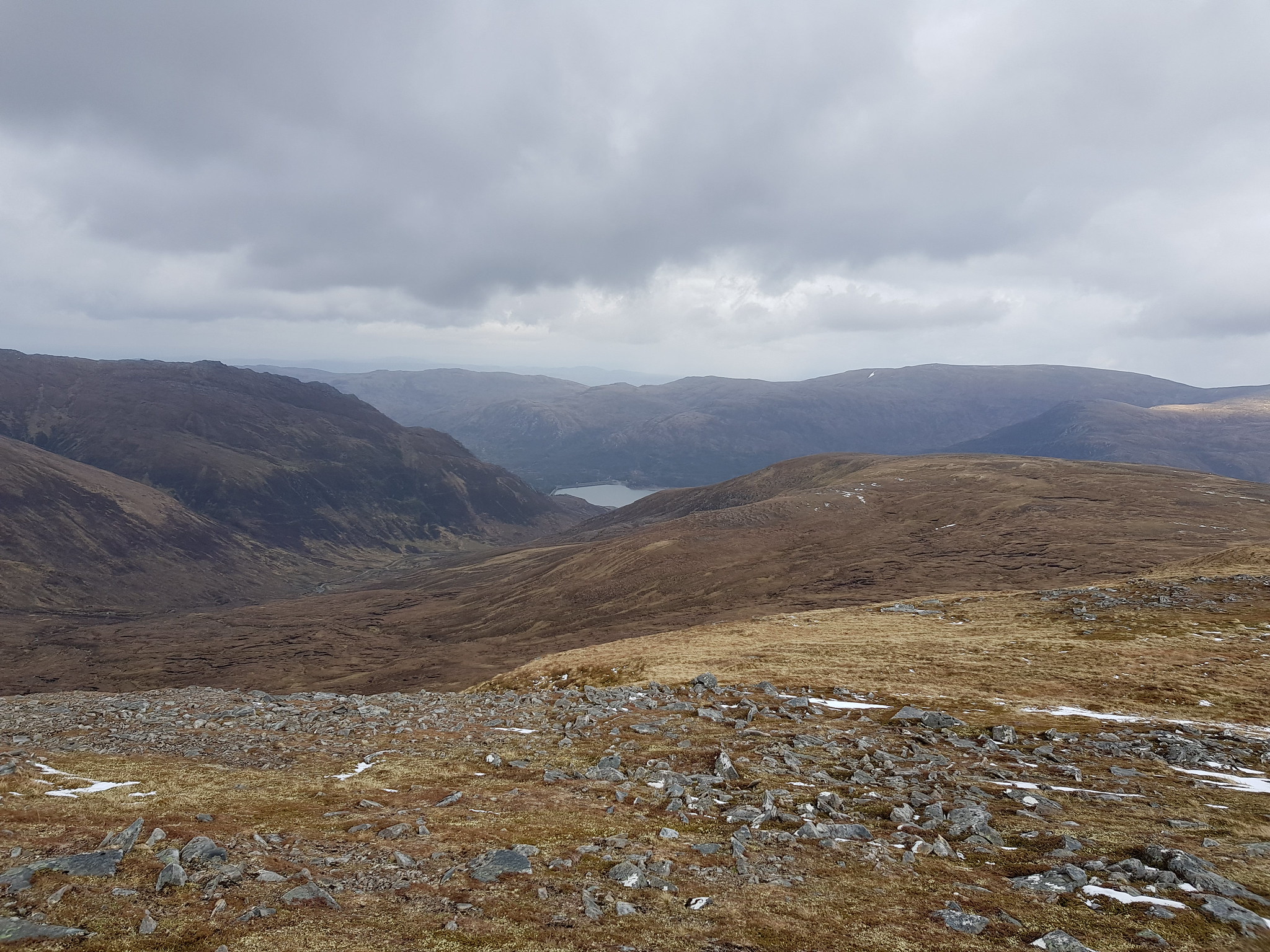 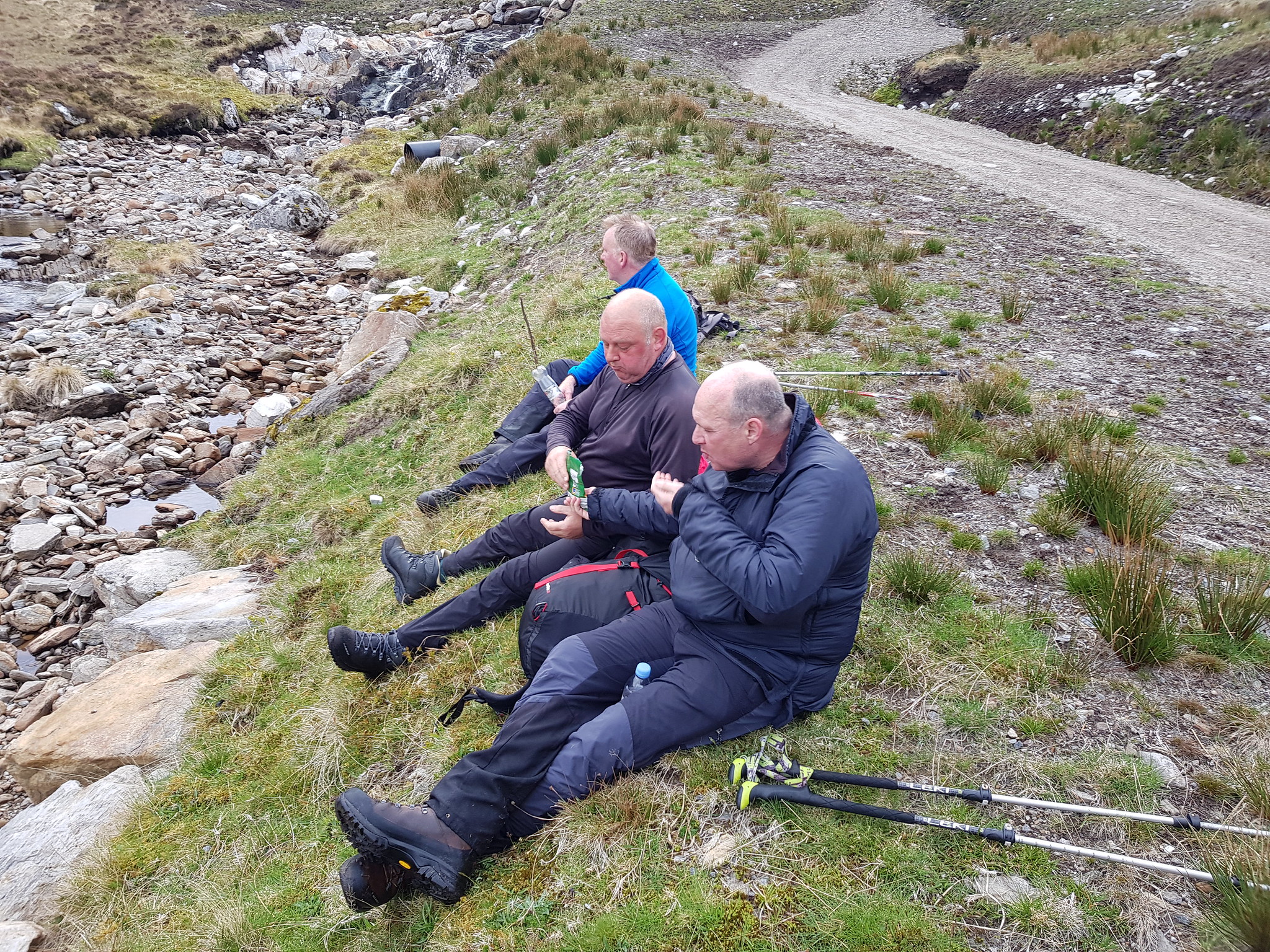 Relaxing after a shift with some midget gems.

A good but tough day with very mixed weather, sun hail etc. The Pensioners did well with Martin only requiring drugs. The young ones needed cramp treatment for Kev, some old war wounds for Ali and John, well the revolver was mentioned about 12 times. Great company and as usual many laughs.

I could write another story on the Slaters Arms but we got fed and watered before 8:30, just and we met Angus again too, he was relieved to see us. Never really thought about it before but he doesn't see many of his clients again

That was a comment from our Landlord too, he doesn't often speak to folks after they have done the hills, so he enjoyed the chat as we did on his bus-man's holiday working with timber

Next at the end of the month is the Glen Affric ones from Strawberry Cottage, cannae wait.

Nice one George, I recognise a few of the foti's!!

Fife Flyer wrote:Nice one George, I recognise a few of the foti's!!

Yes it is becoming the norm these days

sunshine65 wrote:Great report George and great effort the weather making it harder but for for pensioners bloody fit great example of keeping fit

Cheers Stan, did you get these done on Monday?

Guys thanks for a memorable day out, great script Dibs...

parminder wrote:Guys thanks for a memorable day out, great script Dibs...

Thanks Parminder, more training on Sunday

Brought back memories from last July when it was a bit warmer than you got it - and you very wisely did the whole ridge and missed the delights of the lochside path!