Exploiting a family visit in Edinburgh

Exploiting a family visit in Edinburgh

I had just spent a couple of days in York and Newcastle sampling some fine beers, and discovered that my parents would be in Edinburgh around Easter. I decided to hop off the train home from Newcastle and stop in at my sister's place for the night - good for a catchup! The afternoon was warm and hazy at Waverly and the city busy with tourists. I fancied a quick wander over Arthur's Seat before heading out to my sister's place - dad said he would pick me up at Dunsapie Loch too, so no need to hop on the bus afterwards. 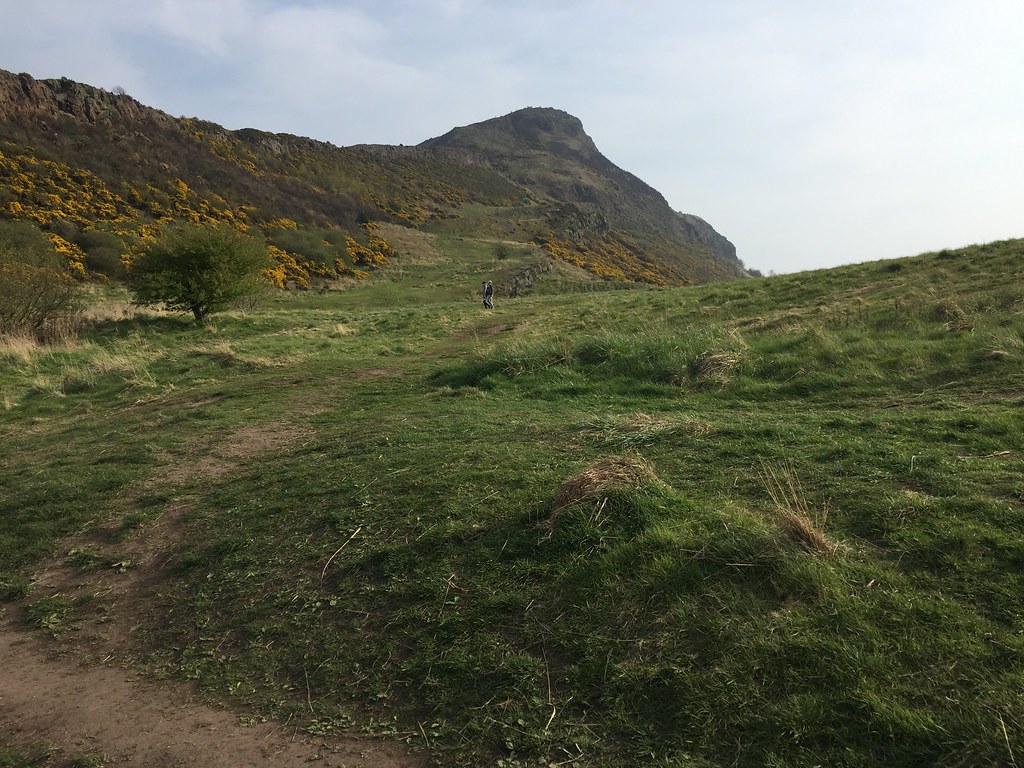 I headed down to Holyrood Palace then up the shortest route along Long Row. Where the path veered left, I took the direct route to the summit cone - busy as ever but also great!


AS map.gpx Open full screen  NB: Walkhighlands is not responsible for the accuracy of gpx files in users posts 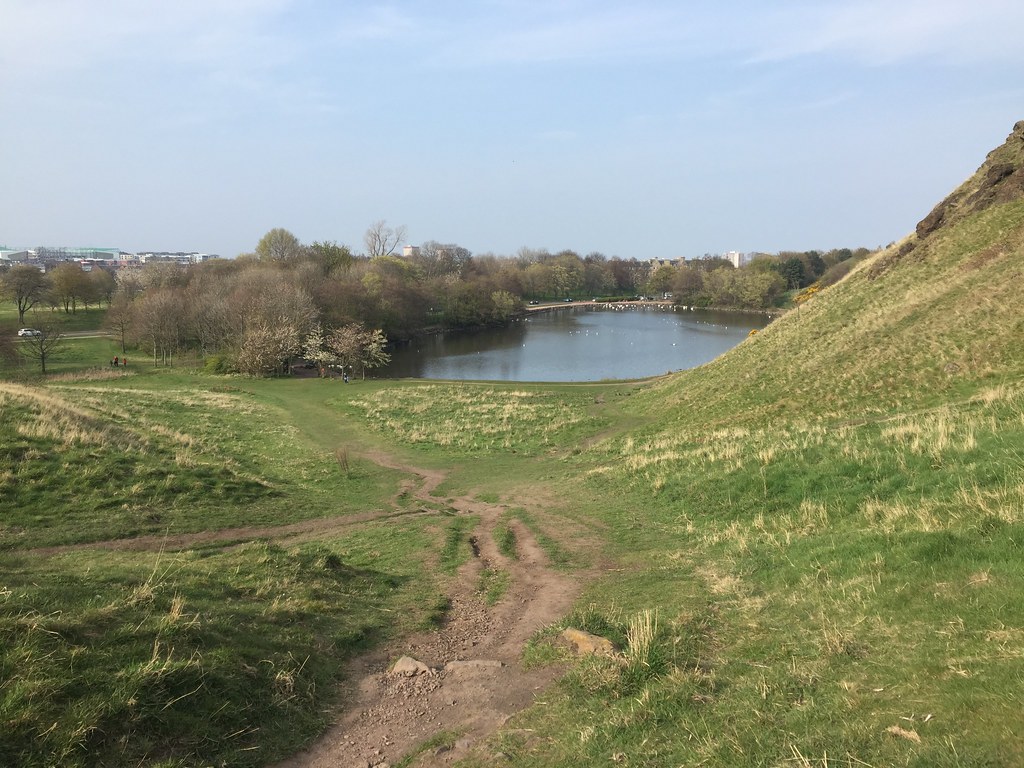 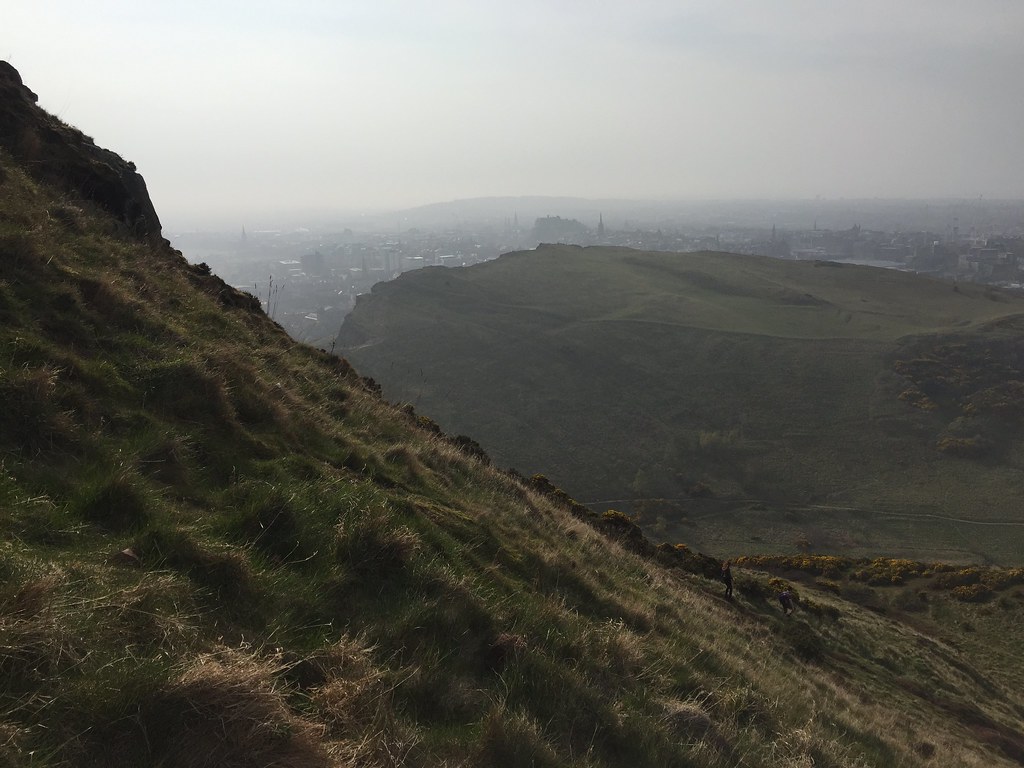 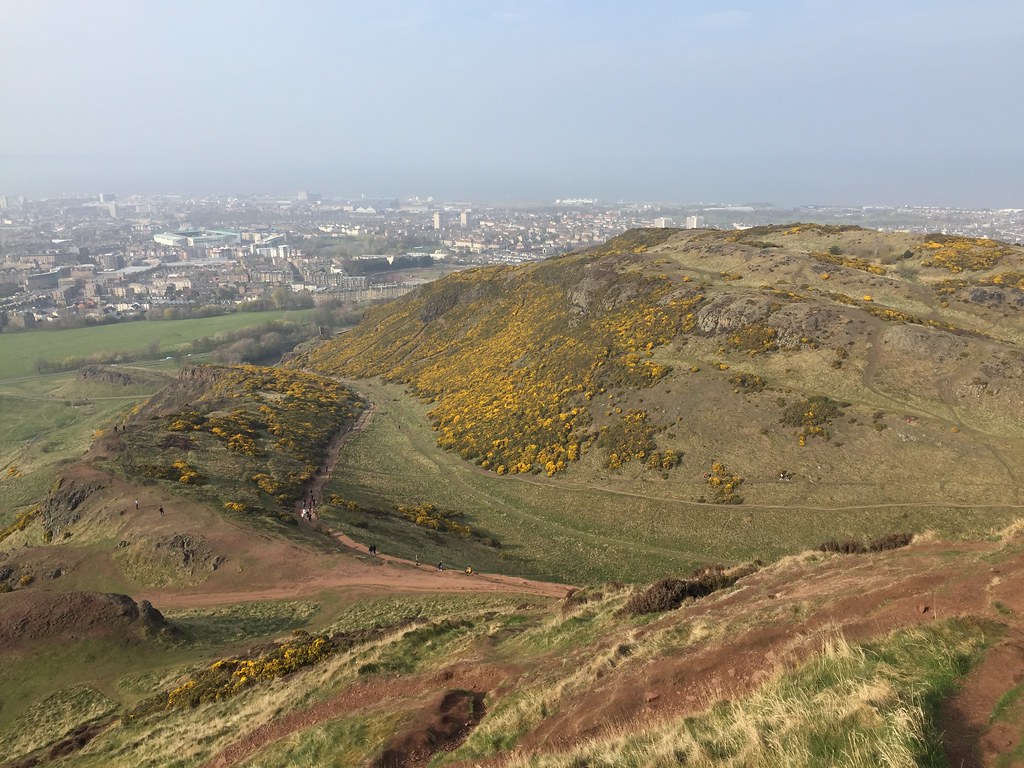 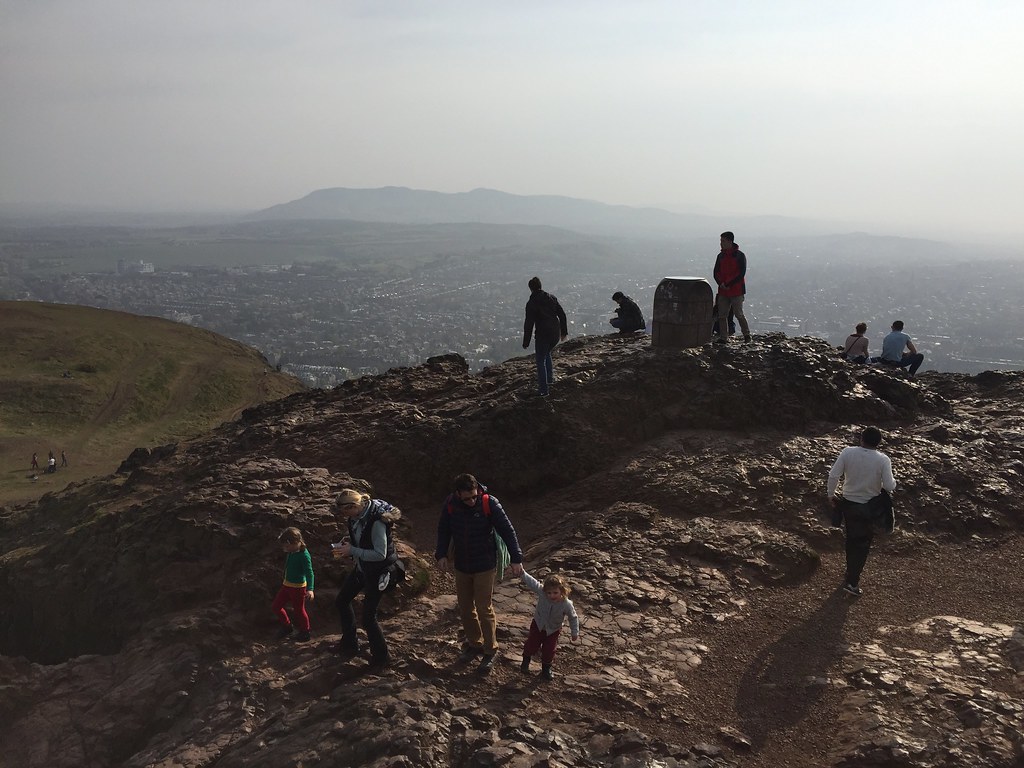 Busy as expected on the summit

It was then a short amble down to Dunsapie Loch, where I wandered about a bit and sat in the sunshine for a while before dad finally turned up. 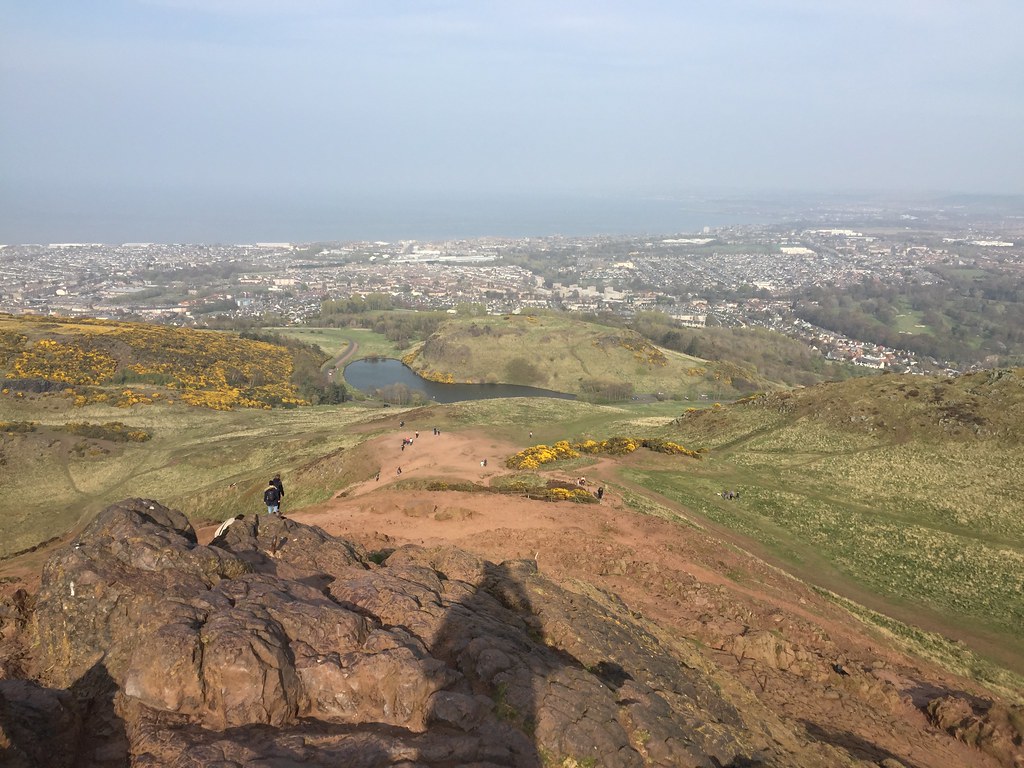 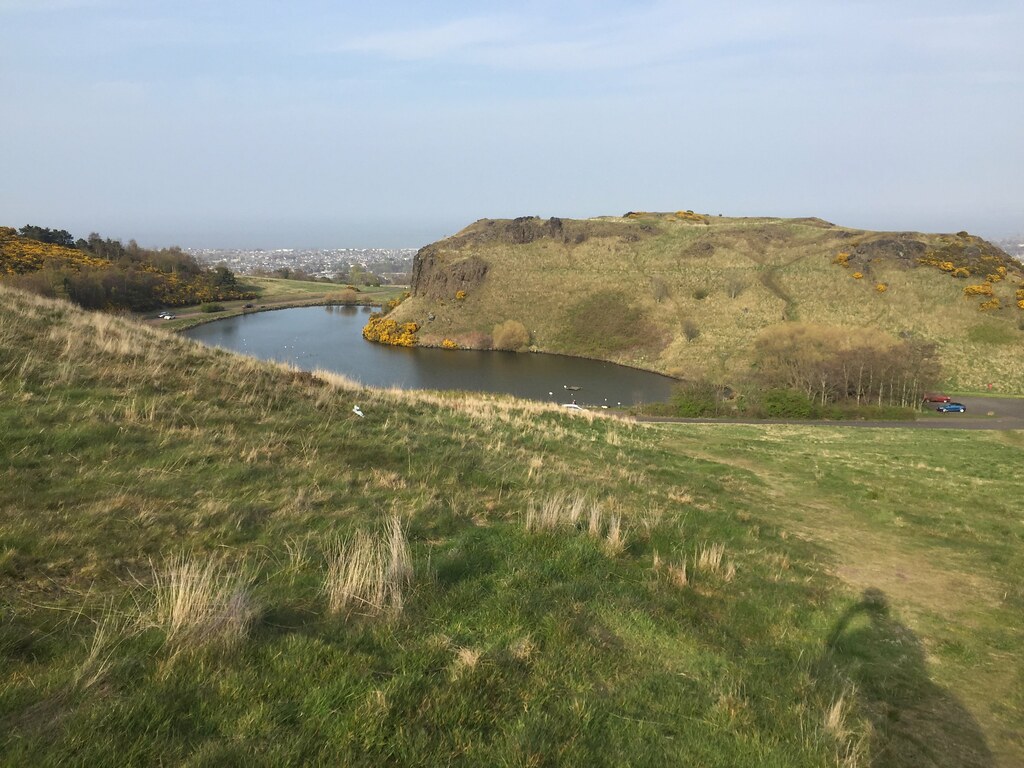 It was decided that Good Friday would be a beach day, the weather looking good again. So we piled into the car with my parents and niece and headed for North Berwick. I hoped to fit in a quick ascent of the Law while we were here, but first it was time for lunch, sandcastles and a bit of paddling. 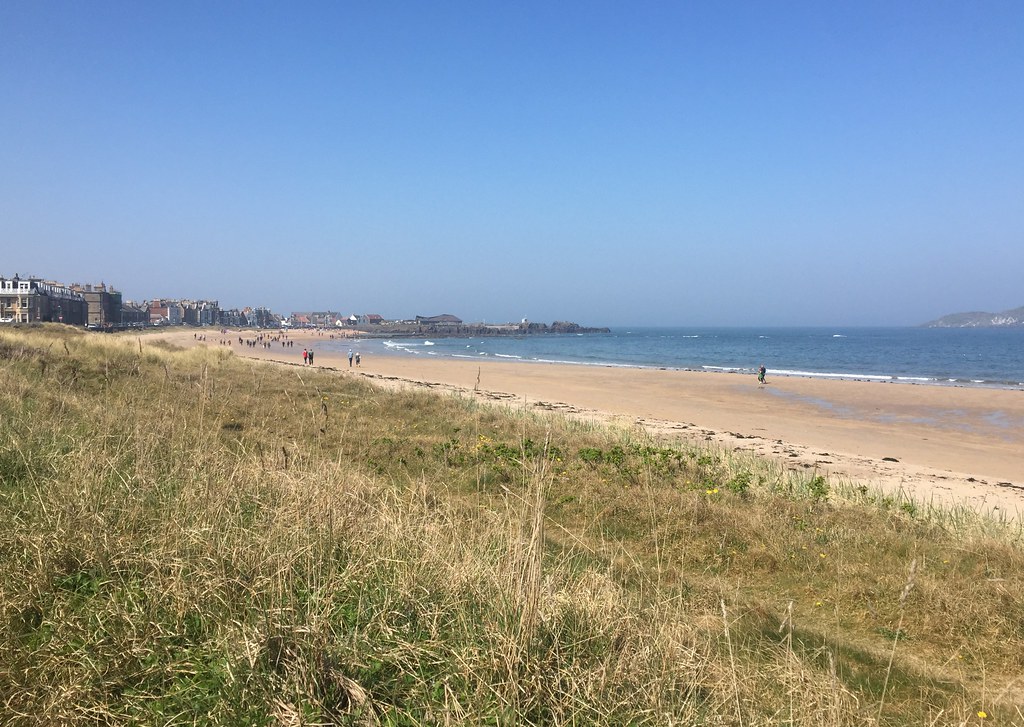 As usual we had left late, and I needed to be on the 16:25 train back to Edinburgh in order to make my connection back to Inverness. We all decided to head up Berwick Law with about 90 minutes available - this would be way more than enough had we not had a 2 year old with us

. In the end I carried Mabli up on my shoulders, which she mostly enjoyed.


NB Law map.gpx Open full screen  NB: Walkhighlands is not responsible for the accuracy of gpx files in users posts 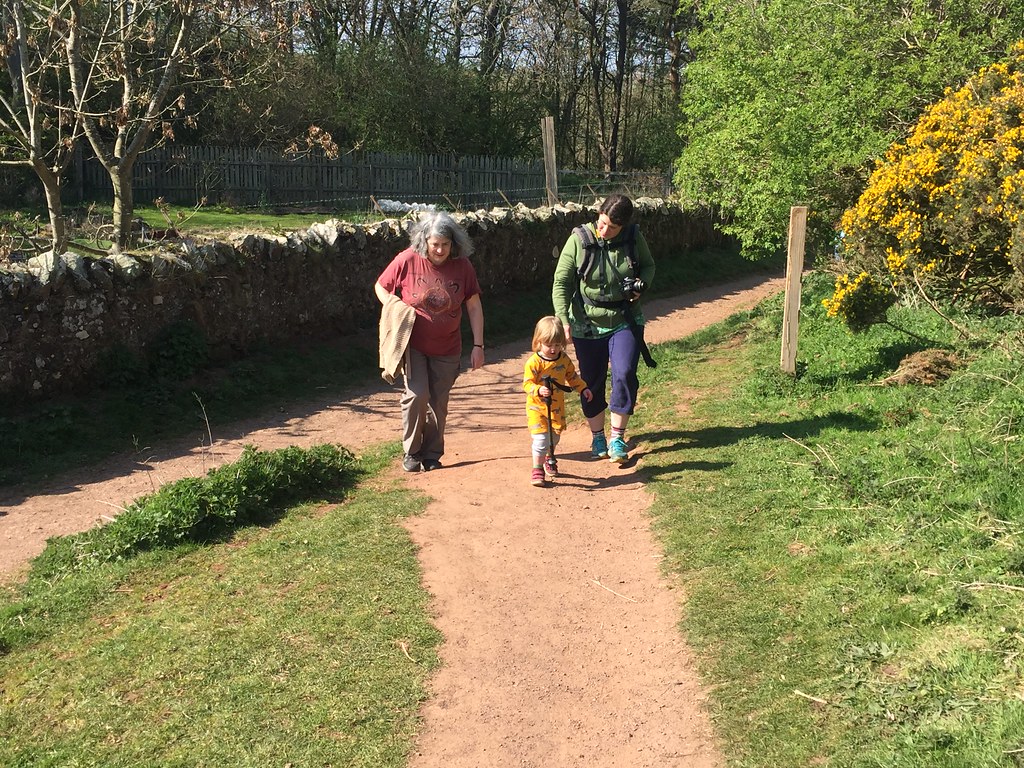 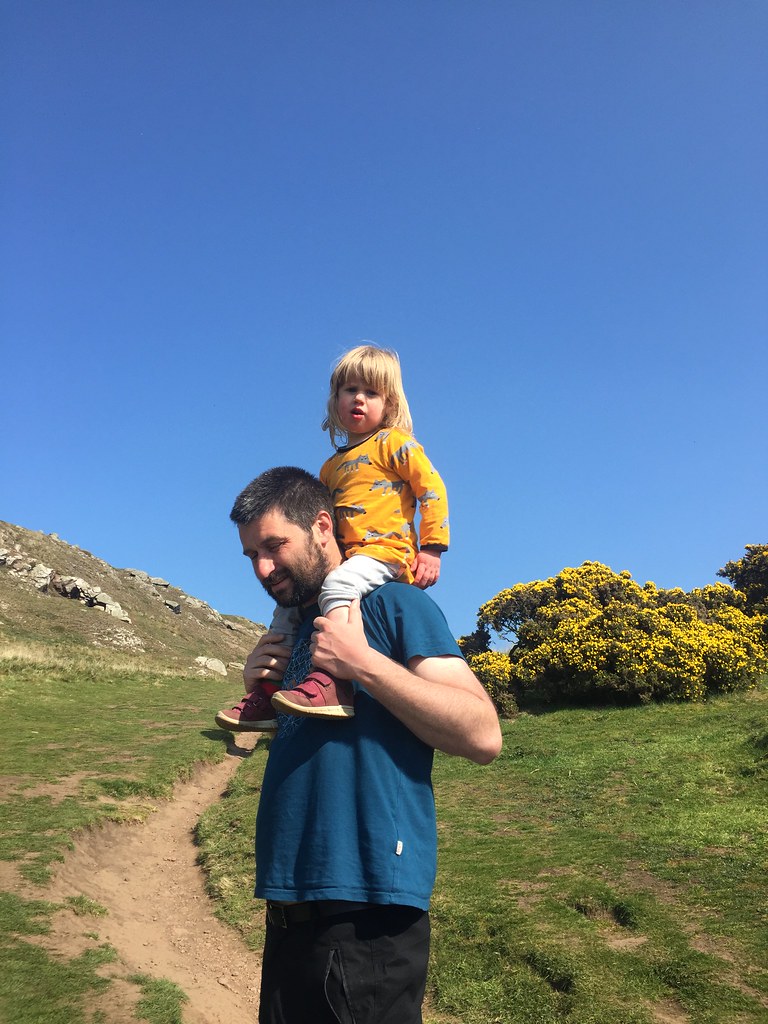 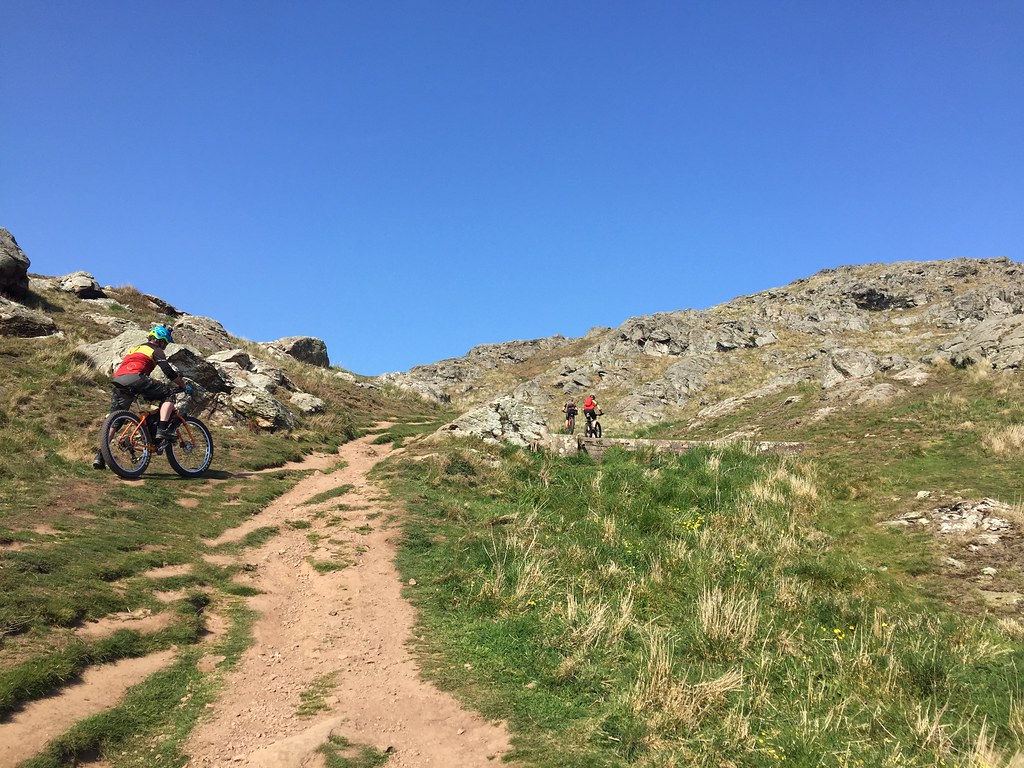 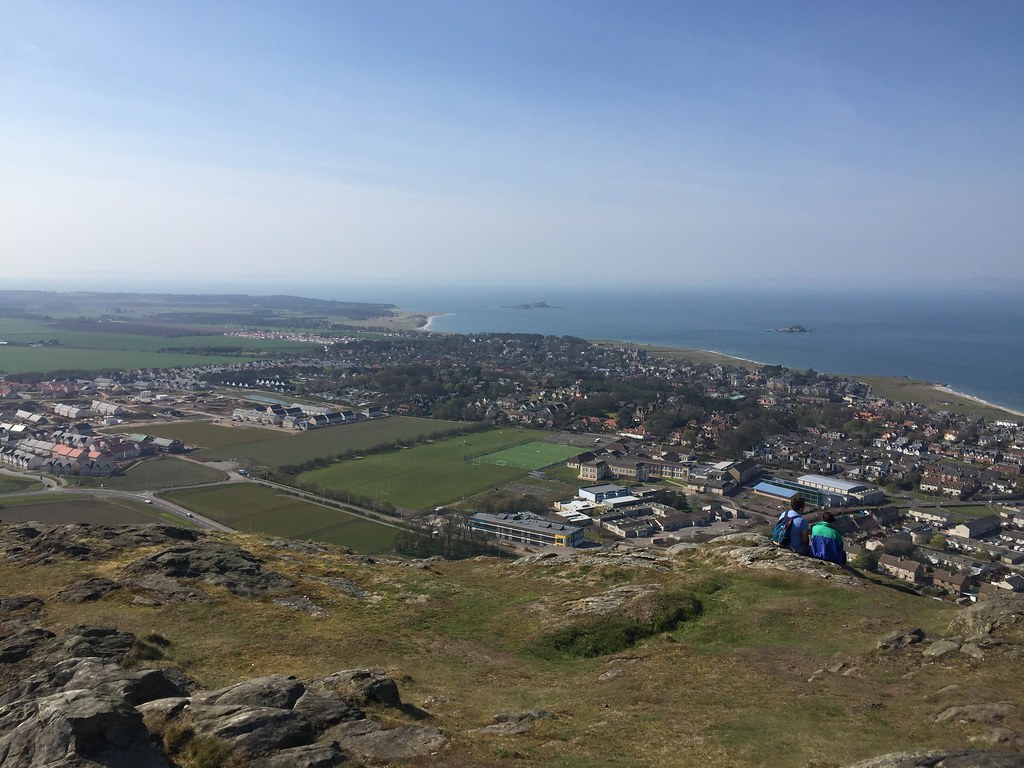 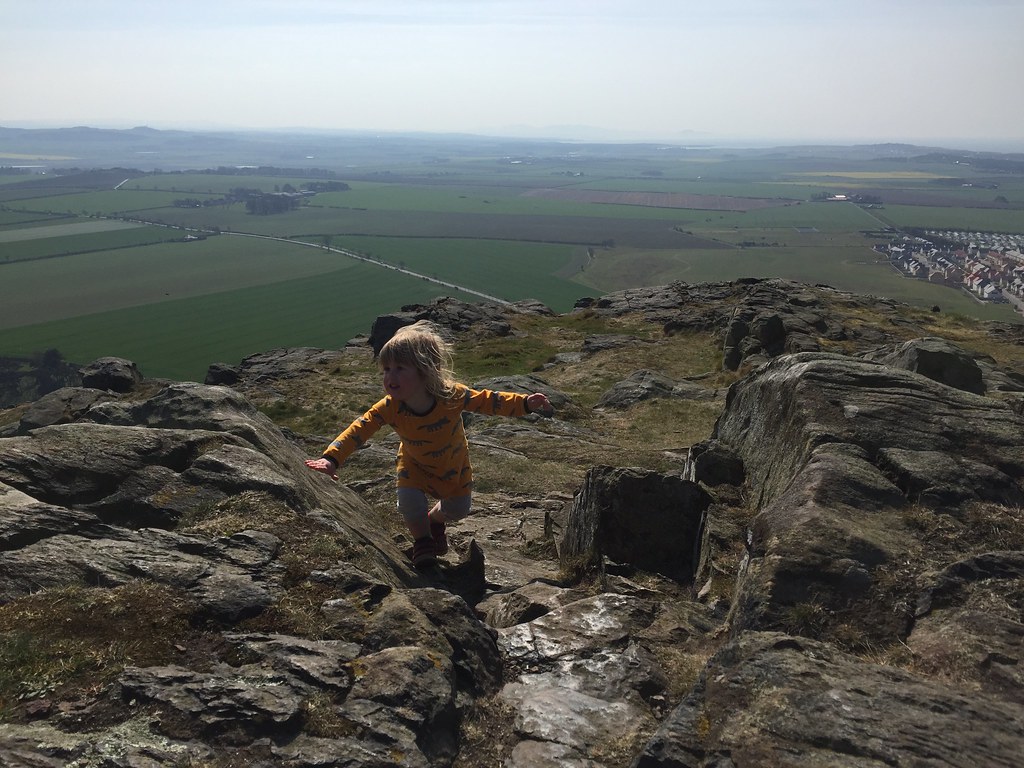 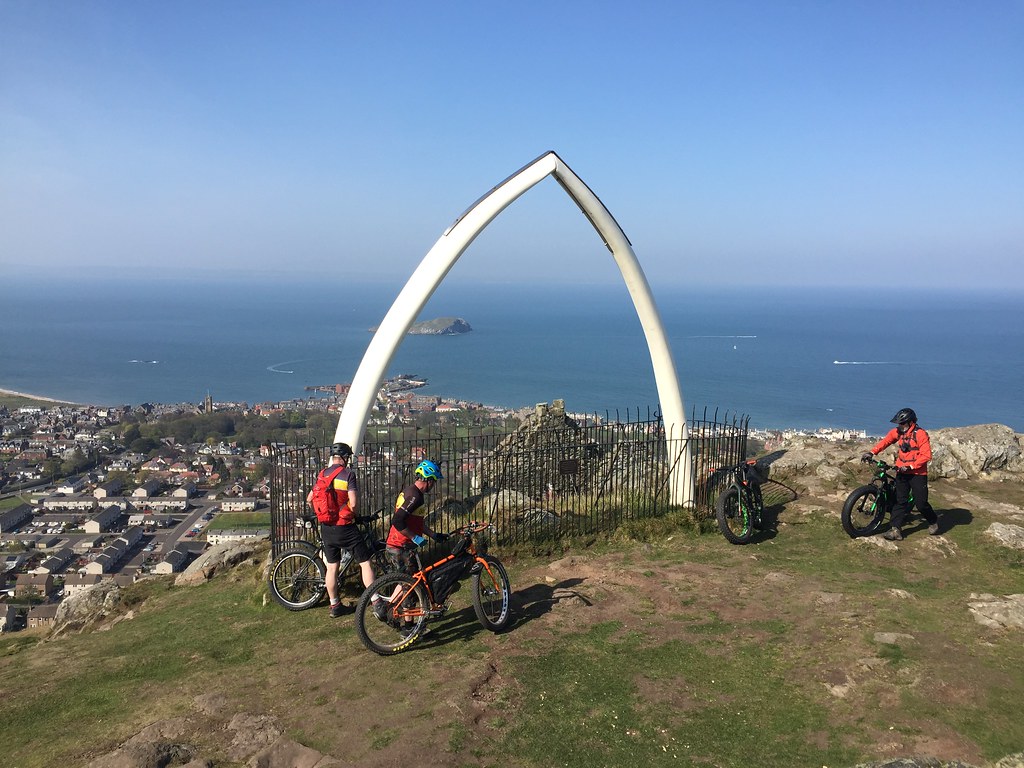 North from the Law 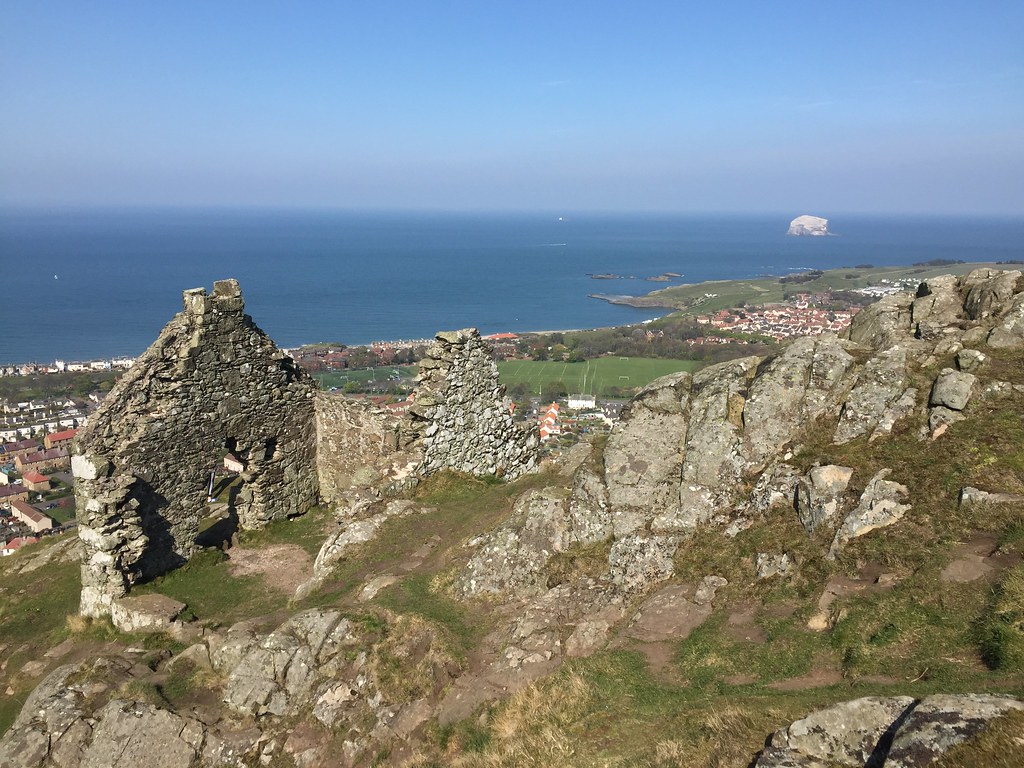 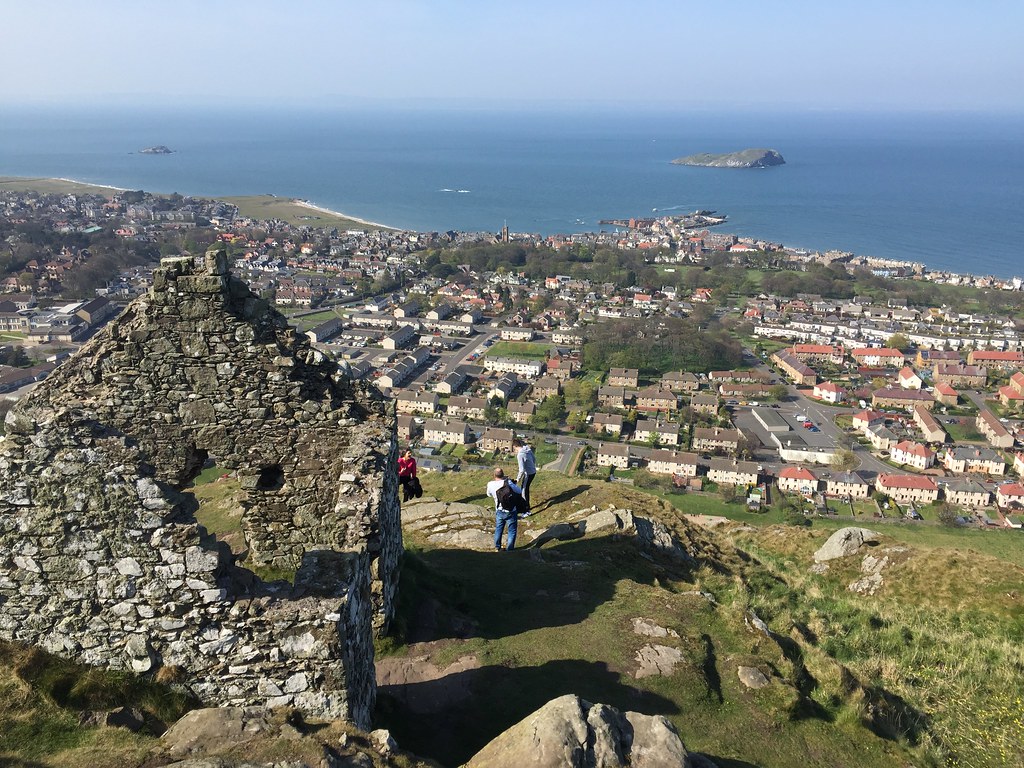 North Berwick from the Law 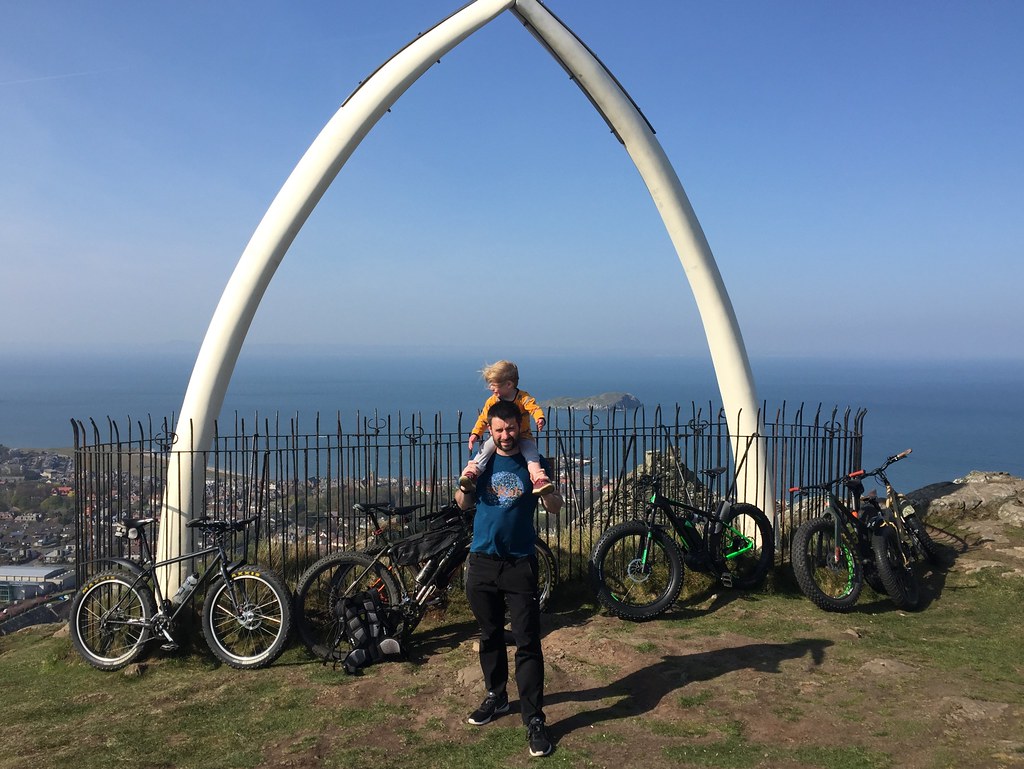 ’Put me down Uncle Malky!’

We now had even less time to get back down, and my mum and sister weren't going too fast either. I ended up carrying Mabli all the way back down again, and dad and I made a swift break for the station before he returned for the others. Mabli was less keen on the descent and wanted her mum. Fortunately I made the train with time to spare - rather a rushed end to a nice family day out!