A couple of small ones

A couple of small ones

A mixed bag of walks here, neither quite deserving their own report.

On Saturday, I woke up with a slight hangover from indulging too much in the previous nights beer festival in Nairn. By mid-afternoon I felt a bit more normal, and decided to head down the road. Having said last week that Ben Clach completed a nice line of summits that straddle the Highland Boundary Fault, I noticed that Creag na Criche was also on that line, and I still hadn't been up it. Oops! An easy thing to correct as it isn't very far off the A9.

I rolled up to the lesser-known Glen Shee late afternoon, and it was unexpectedly nice. Funny how little you have to remove yourself from places you are familiar with to find something unexpected.


CnC map.gpx Open full screen  NB: Walkhighlands is not responsible for the accuracy of gpx files in users posts 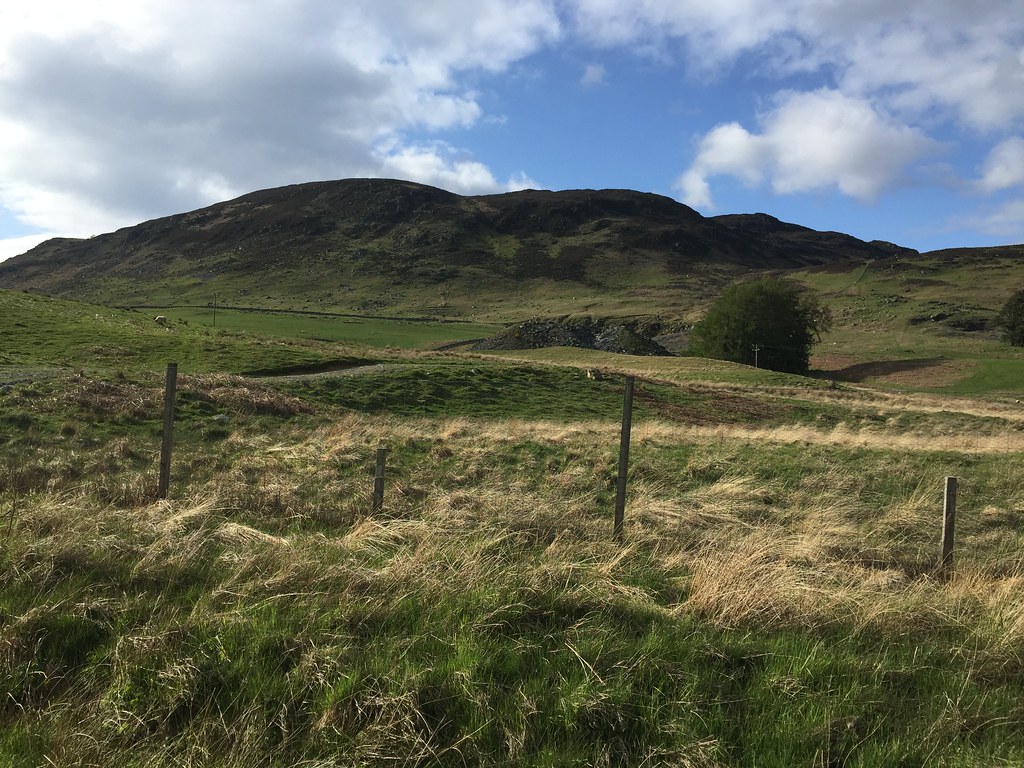 I headed up the track which crosses the shoulder of Carn na Criche, cutting the corner on a zigzag to walk over nice grassy slopes. A shortish flat section higher up led me to a gate and a junction, from where I followed a fainter track around the north slopes of the summit. 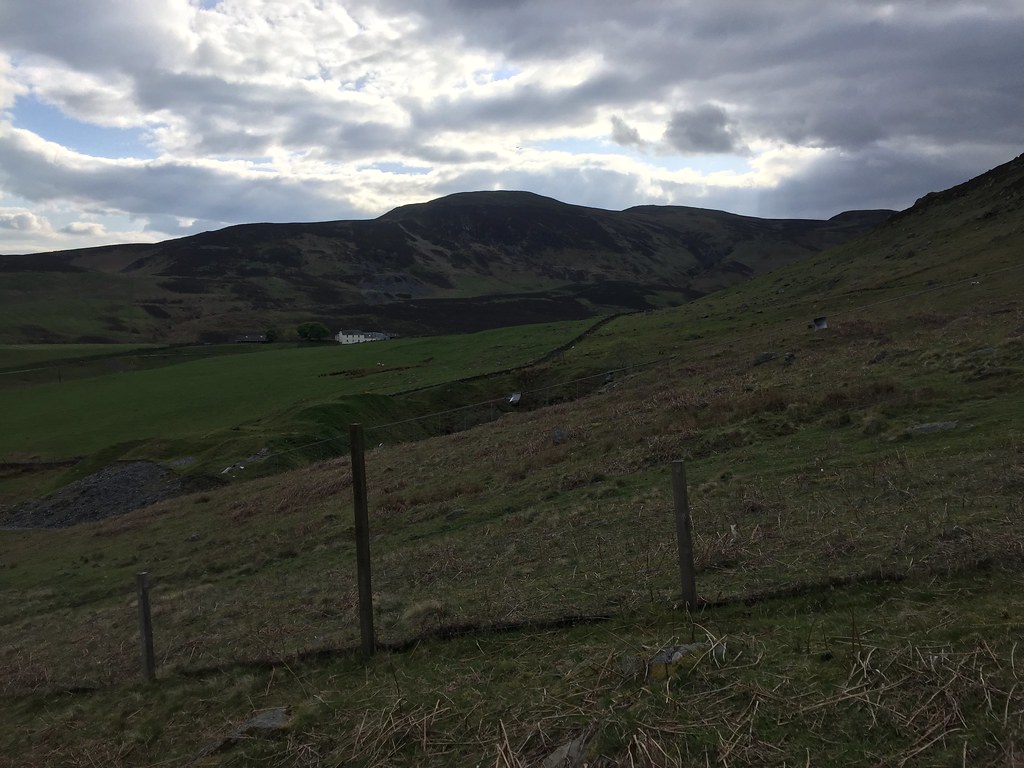 The Paps from the ascent to Creag na Criche 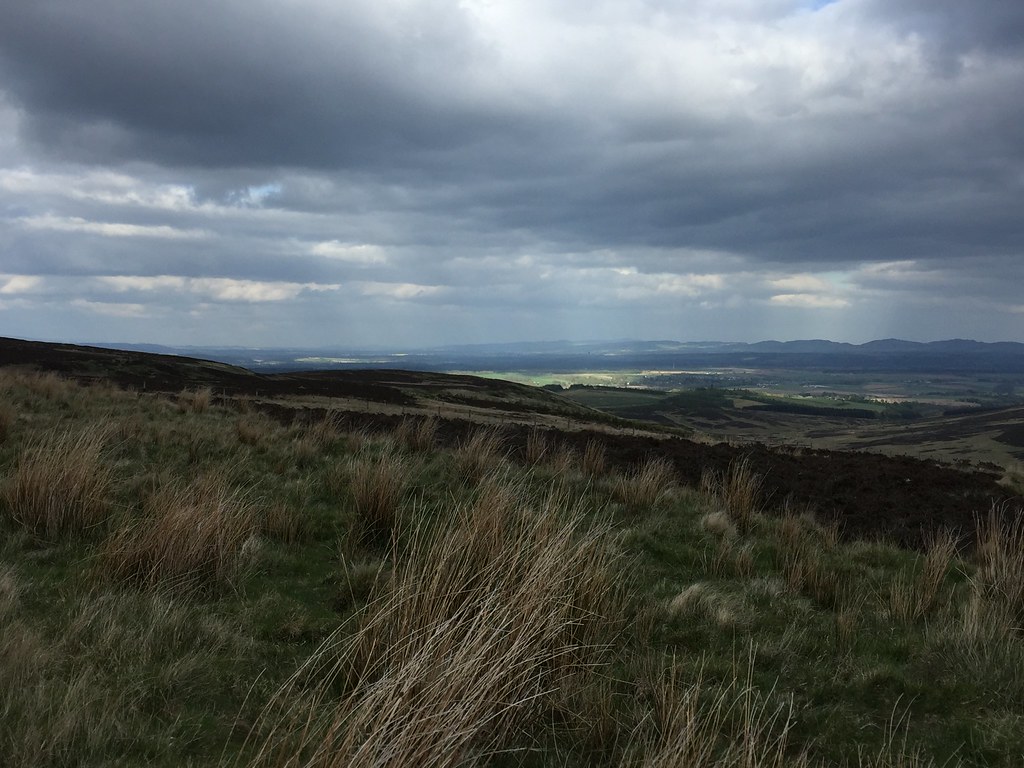 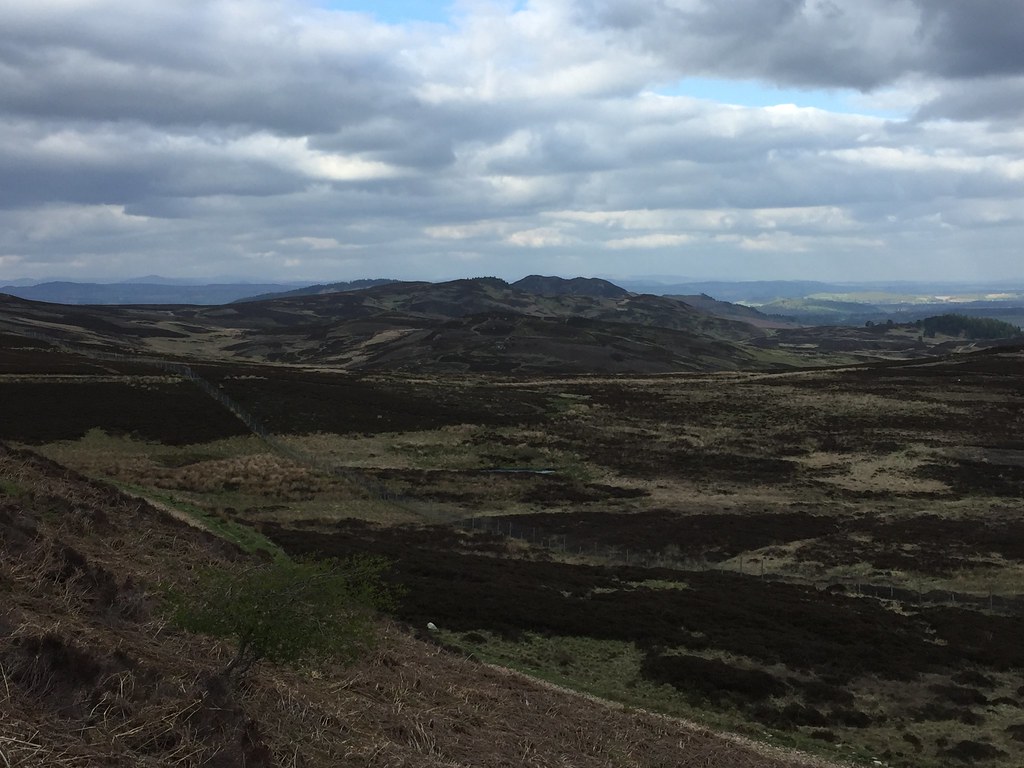 A short diversion through heather from the track took me to the summit. While the views aren't particularly wide ranging, there was plenty to see from the Lomonds to Beinn a' Ghlo. 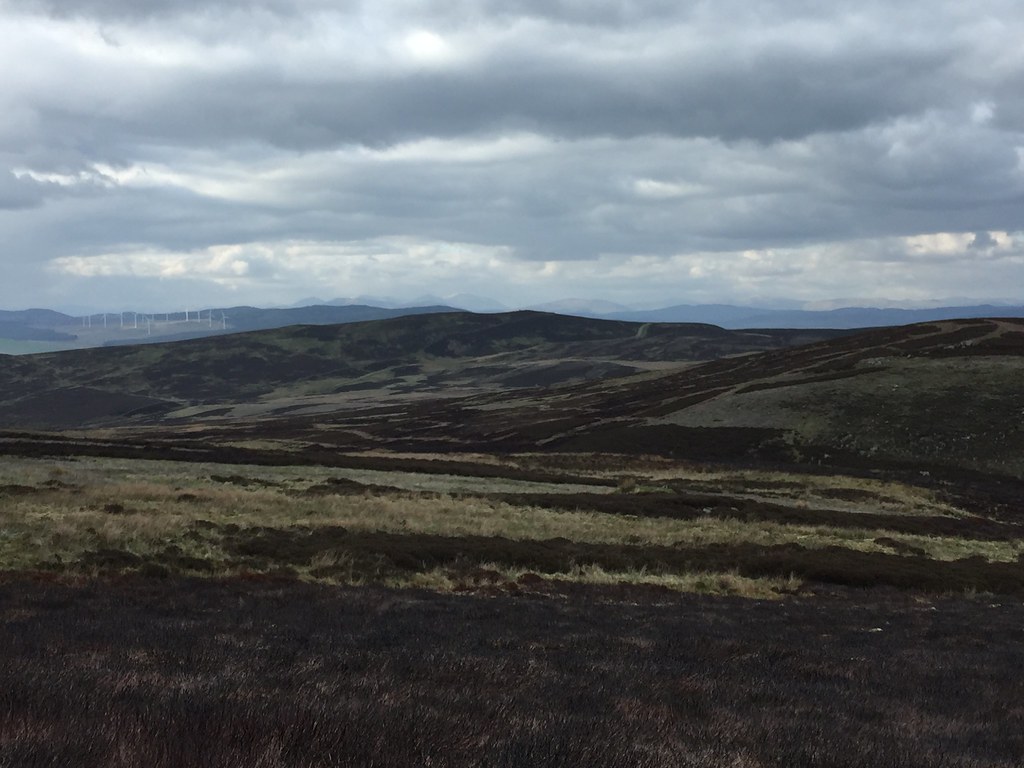 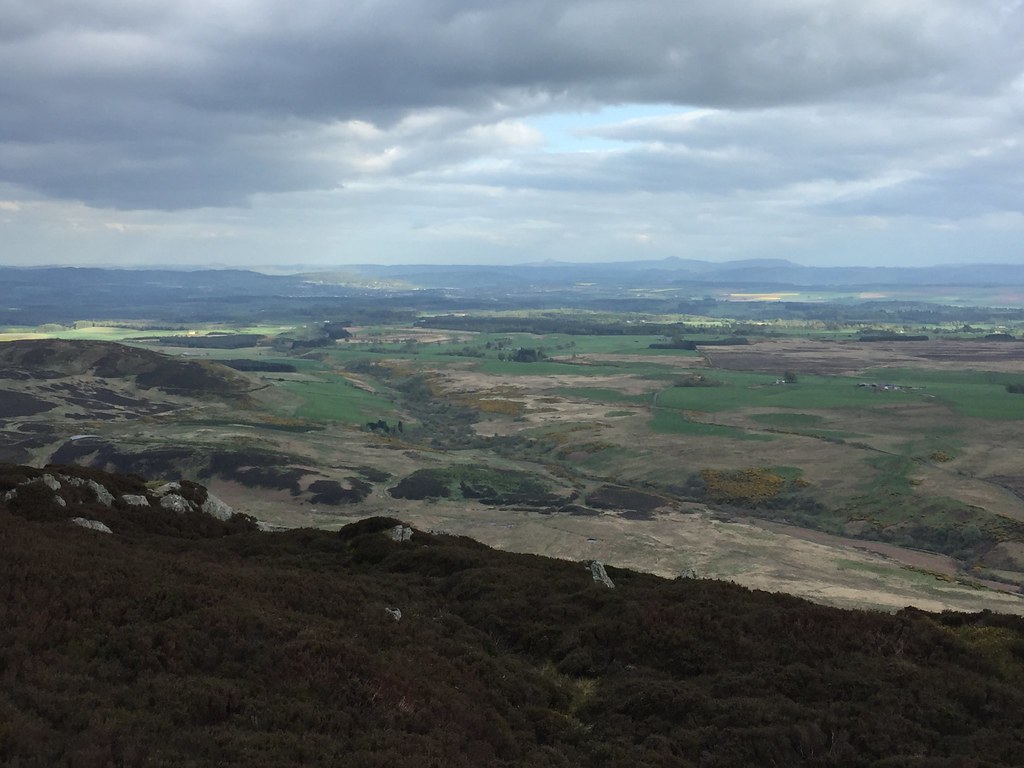 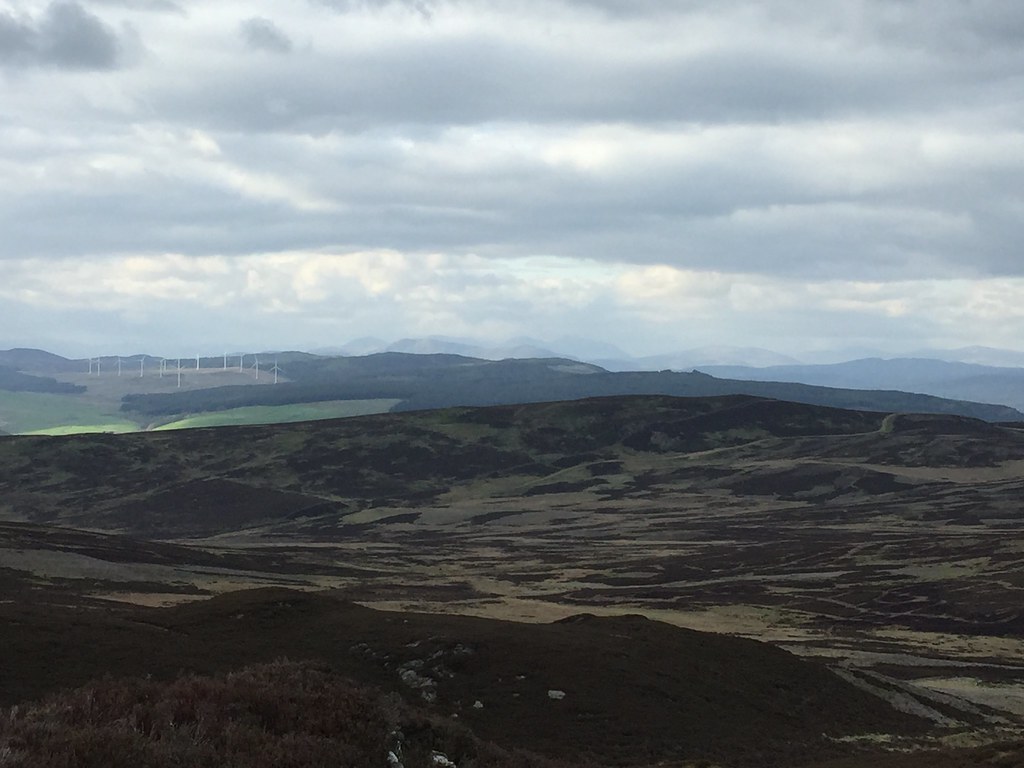 I decided to take a shorter route down the south face of the hill, avoiding the massive deer fence by heading west through a couple of fields. A full traverse of these hills to Dunkeld would be very pleasant I think.

Then I hit the road to Glasgow, stopping at the Allan Water chippy on the way past.

Sunday had been a lazy start - brunch in our usual pancake place followed by a bit of bumming around town. By 3pm, we decided to make the most of the sunny afternoon and head out on the bikes. Jackie had earmarked Corse Hill as an easy bike/hike effort from her place - probably to be done while she was working on the south side of town. However why not today? 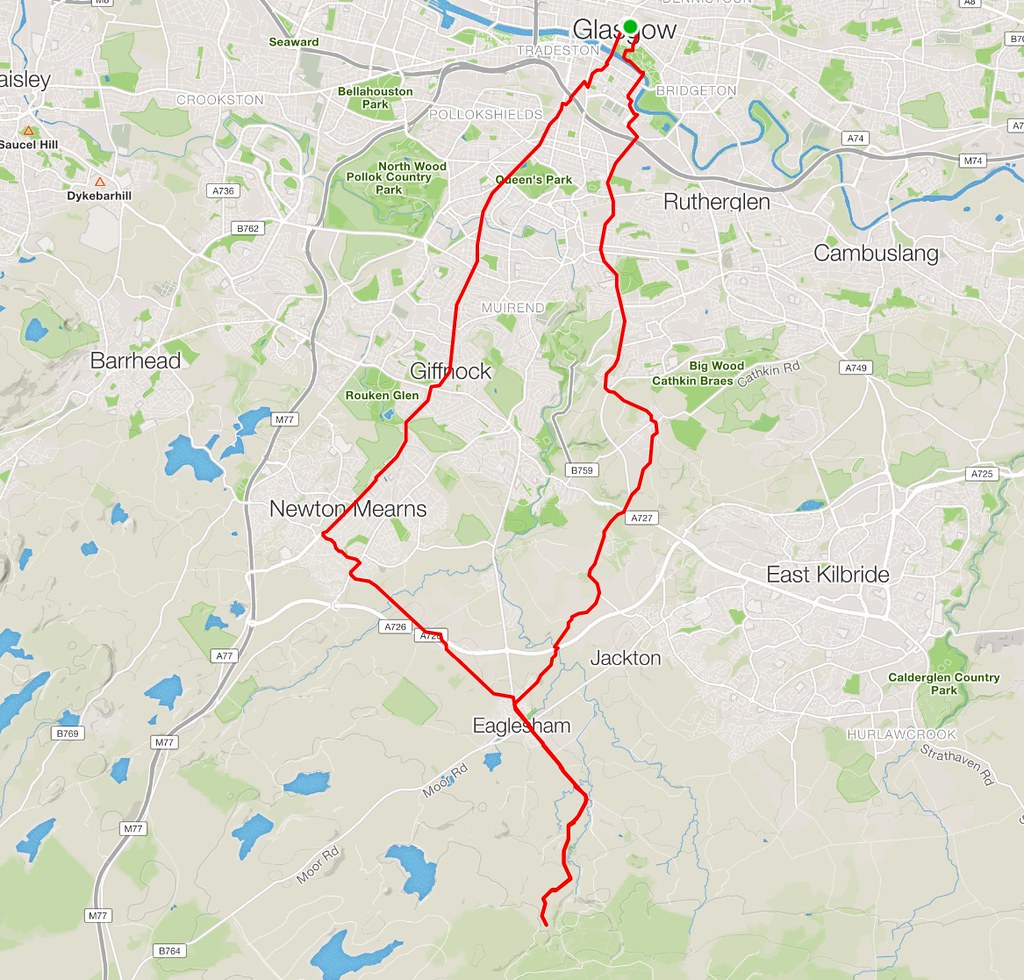 Clearing the endless traffic lights of the centre of Glasgow, we began the gradual ascent to Newton Mearns before leaving the city completely to head over to Eaglesham. The minor road behind Eaglesham became a bit rougher, and the climbs steeper, with good views back to the city and the hills around Loch Lomond. 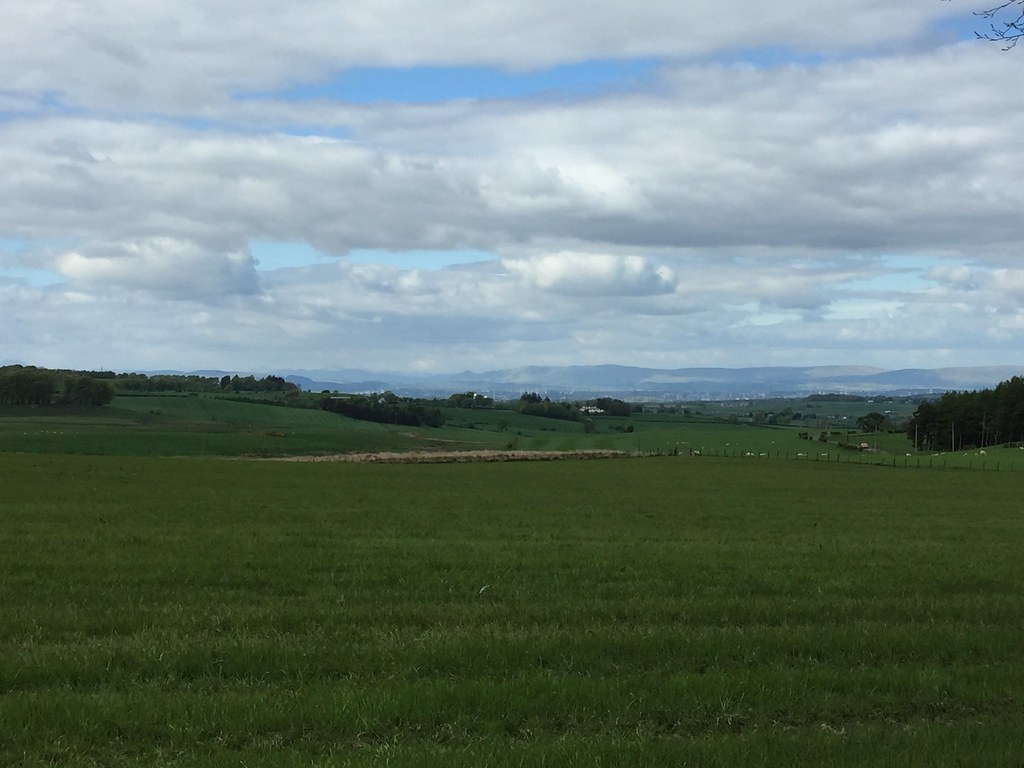 Glasgow from the Carrot road 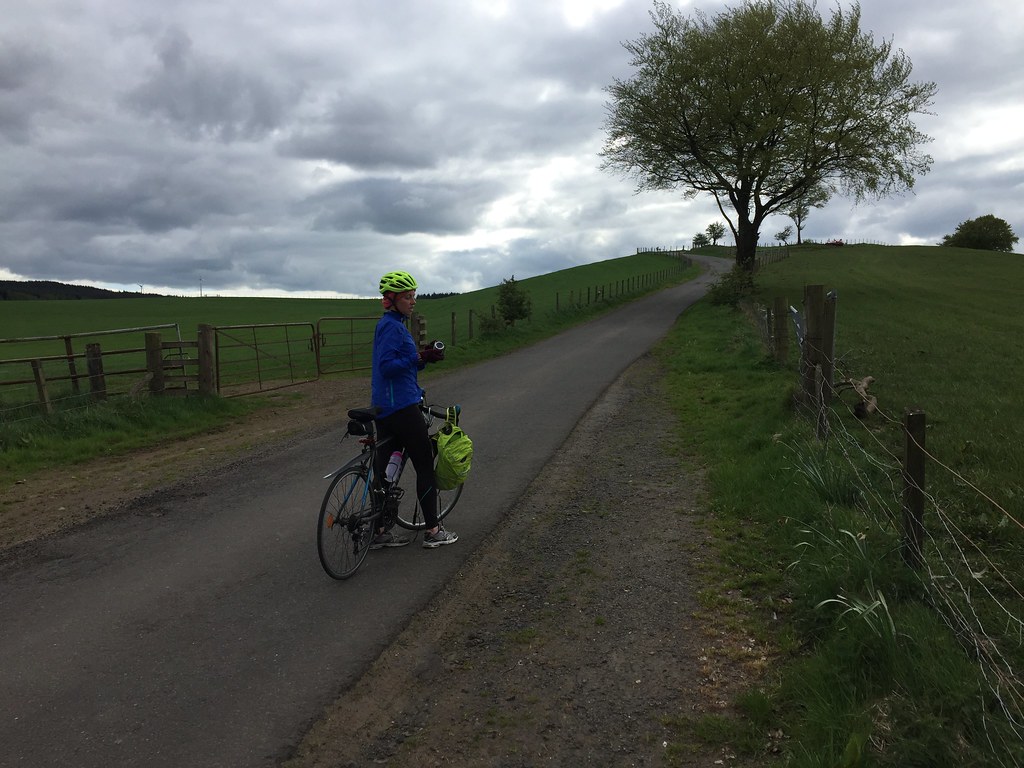 The hill would be bikeable, but Jackie hadn't fancied pedalling her tank of a mountain bike up here, so we decided to lock the bikes up at Carrot and walk to the summit. The initial part has little in the way of views, but the endless forestry is interspersed with pleasant moorland and the odd boulder. Once on a better track higher up, it was an easy stroll through the trees to a more open area with turbines. The summit trig point could be seen from here.


CH map.gpx Open full screen  NB: Walkhighlands is not responsible for the accuracy of gpx files in users posts 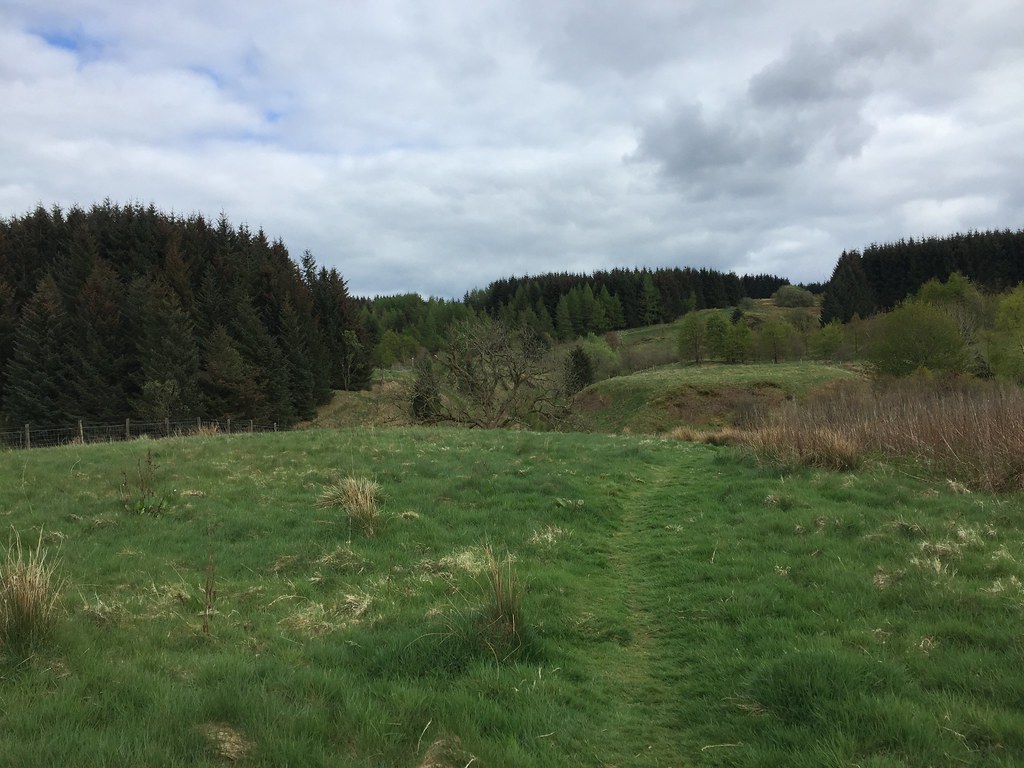 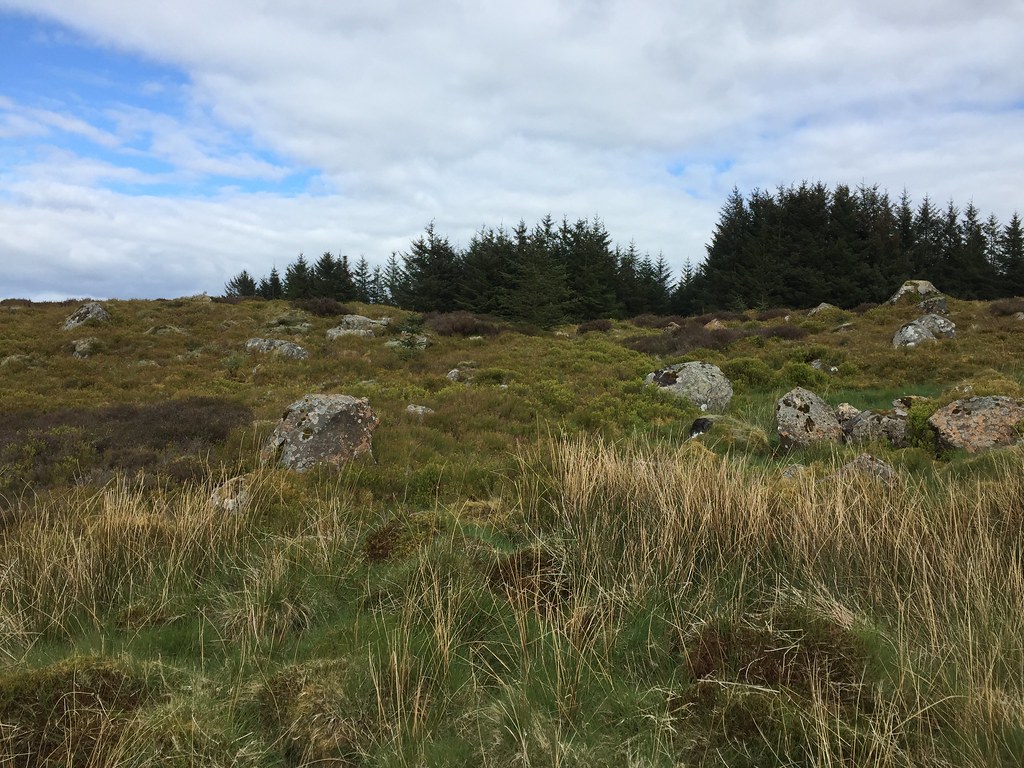 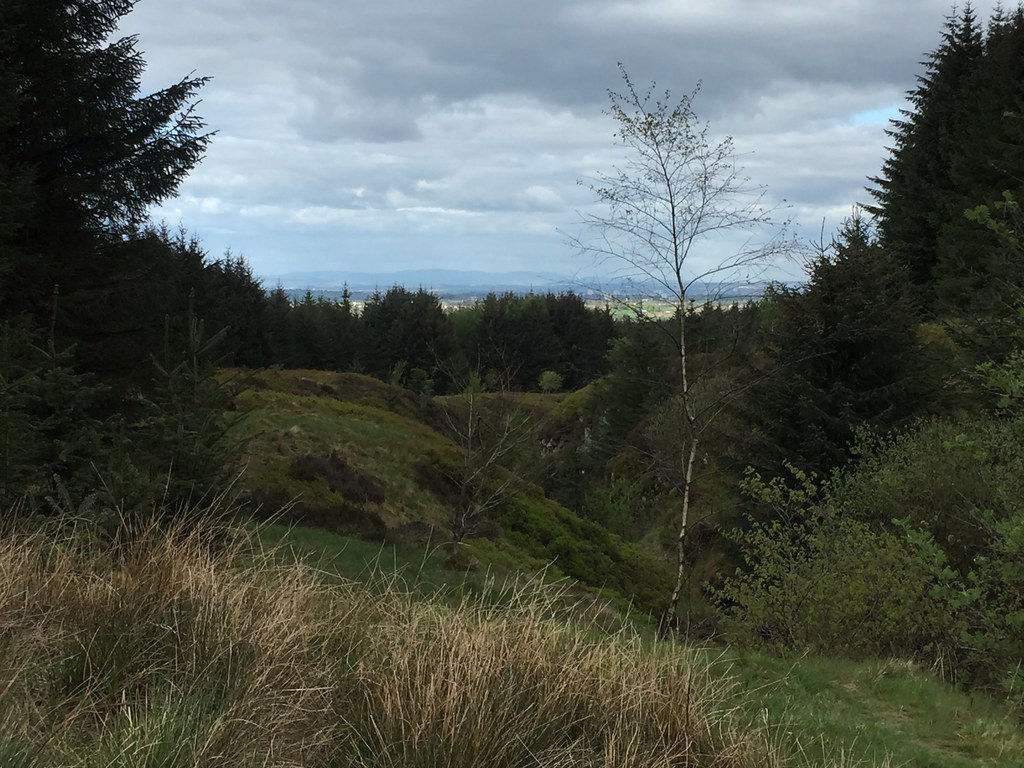 Munzie Burn with Glasgow beyond 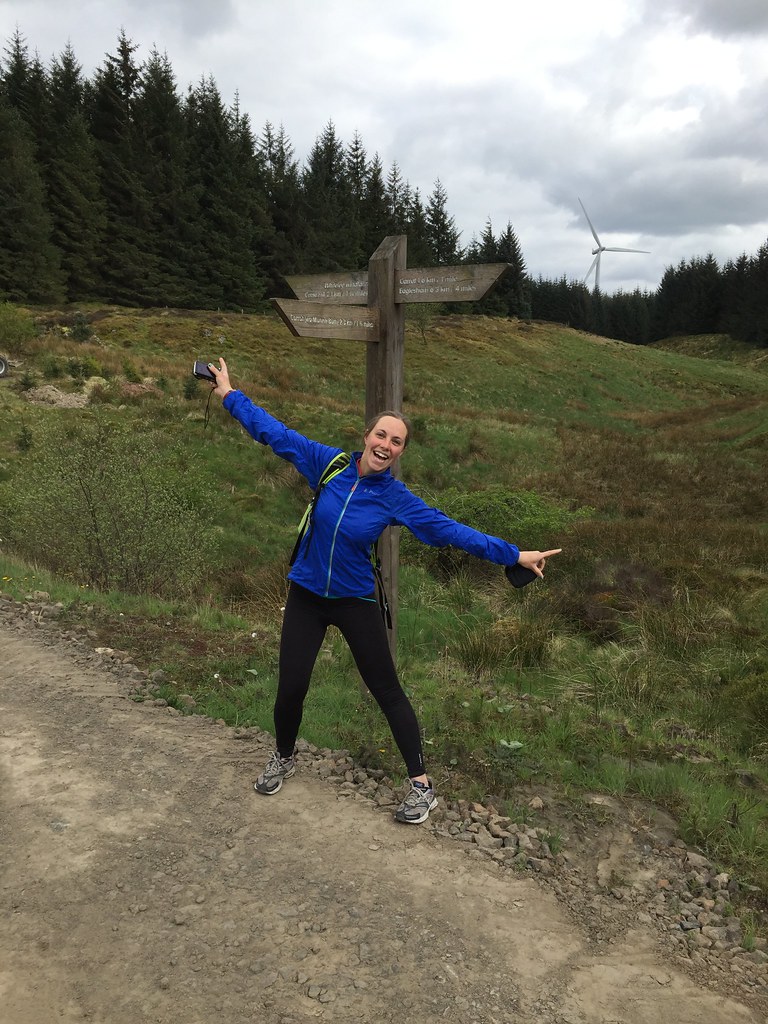 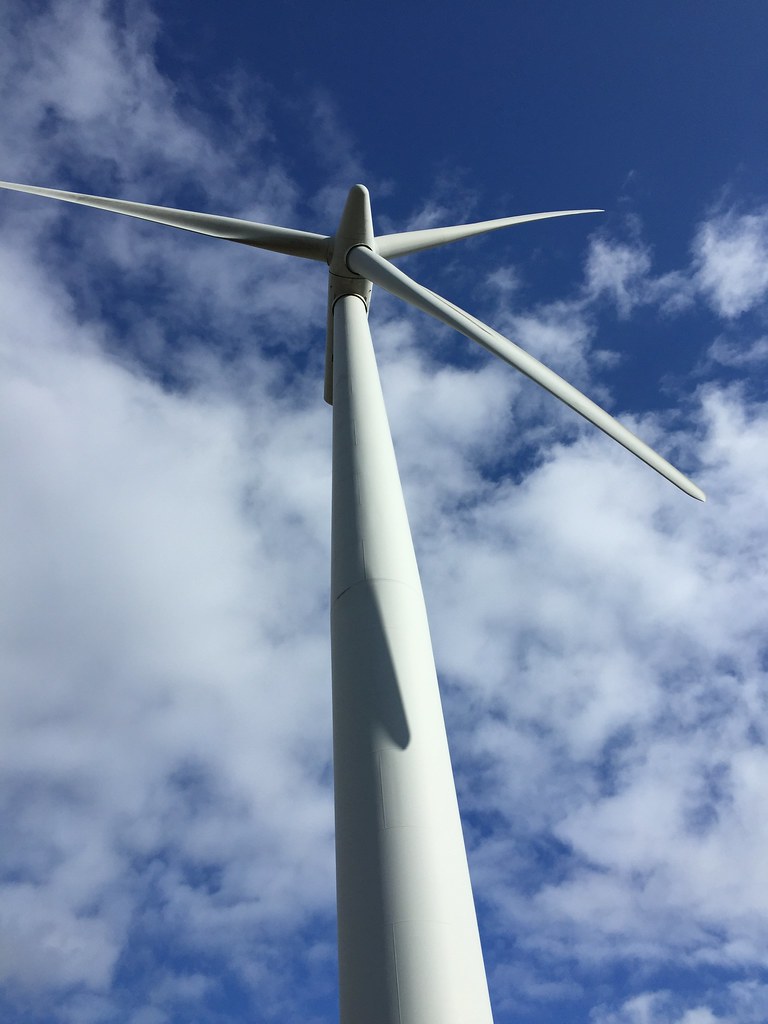 Theme of the day

The hill has almost no definition whatsoever - the summit just happens to be higher than the surrounding moorland. However the views are not to be sniffed at, with Arran, upper Clydesdale and a reasonable wedge of the Southern Highlands on view. Corserine and Shalloch on Minnoch were just visible peeking over another ridge to the south too. 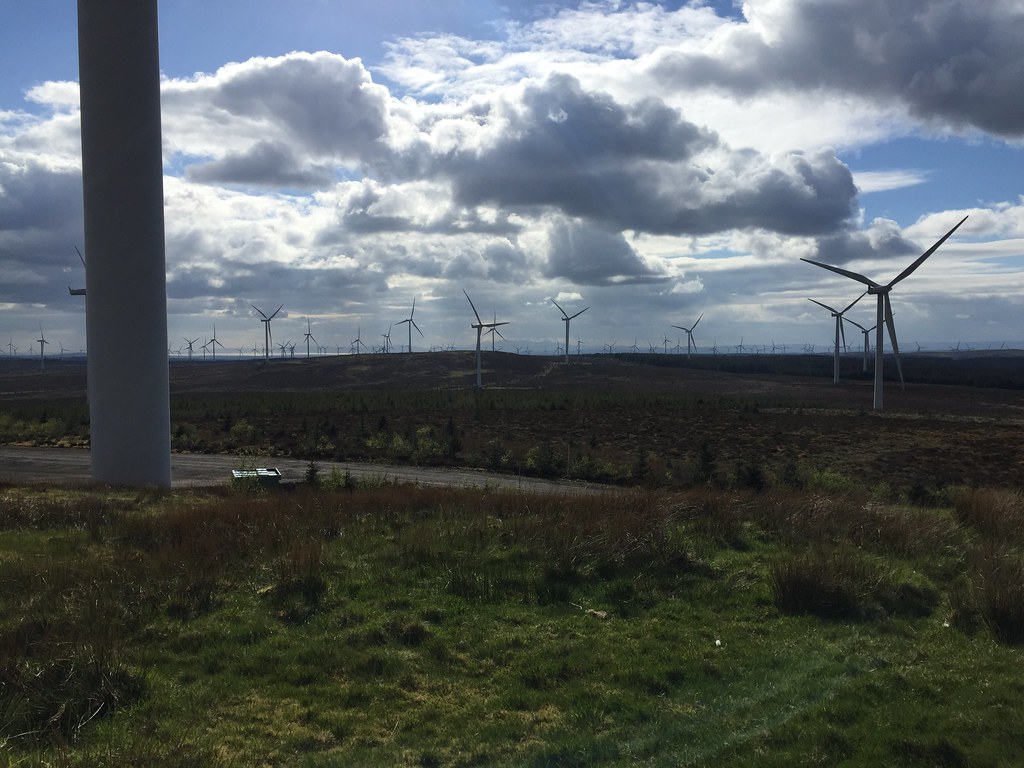 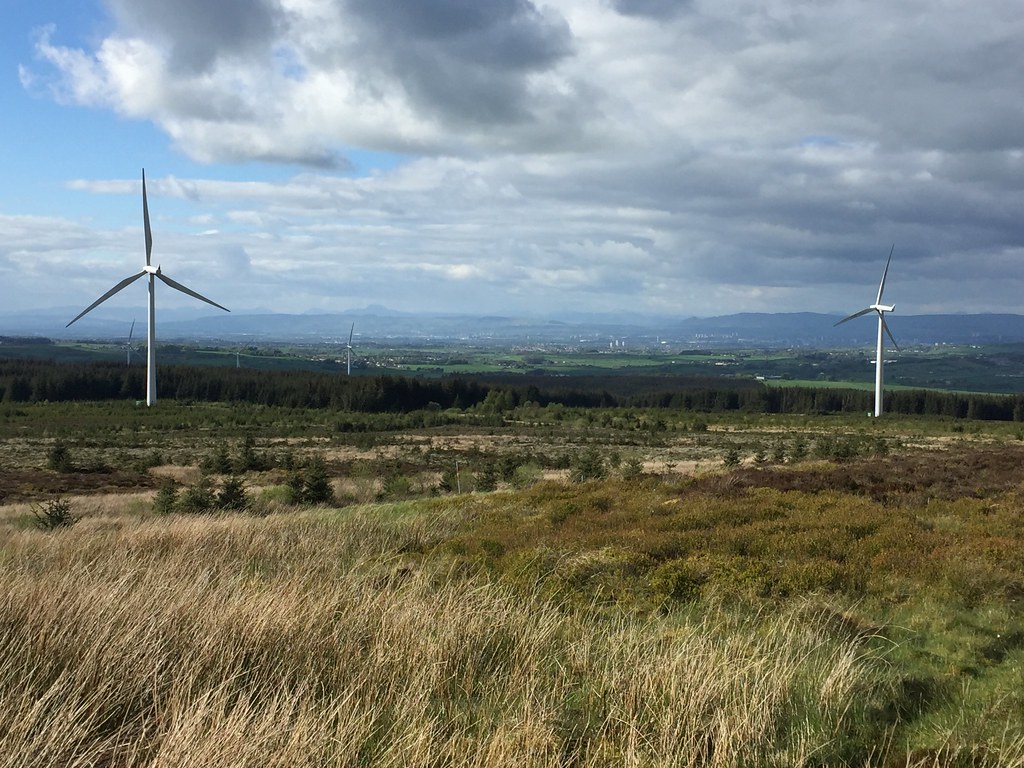 Glasgow with Ben Lomond behind 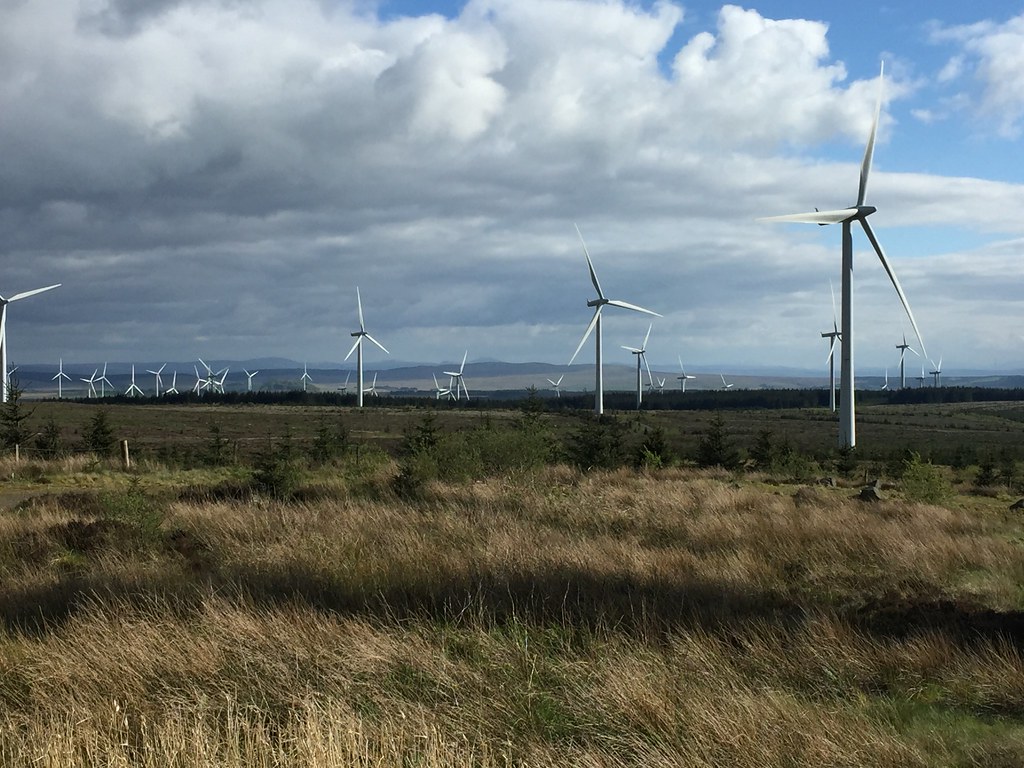 South to the Rhinns of Kells and Merrick 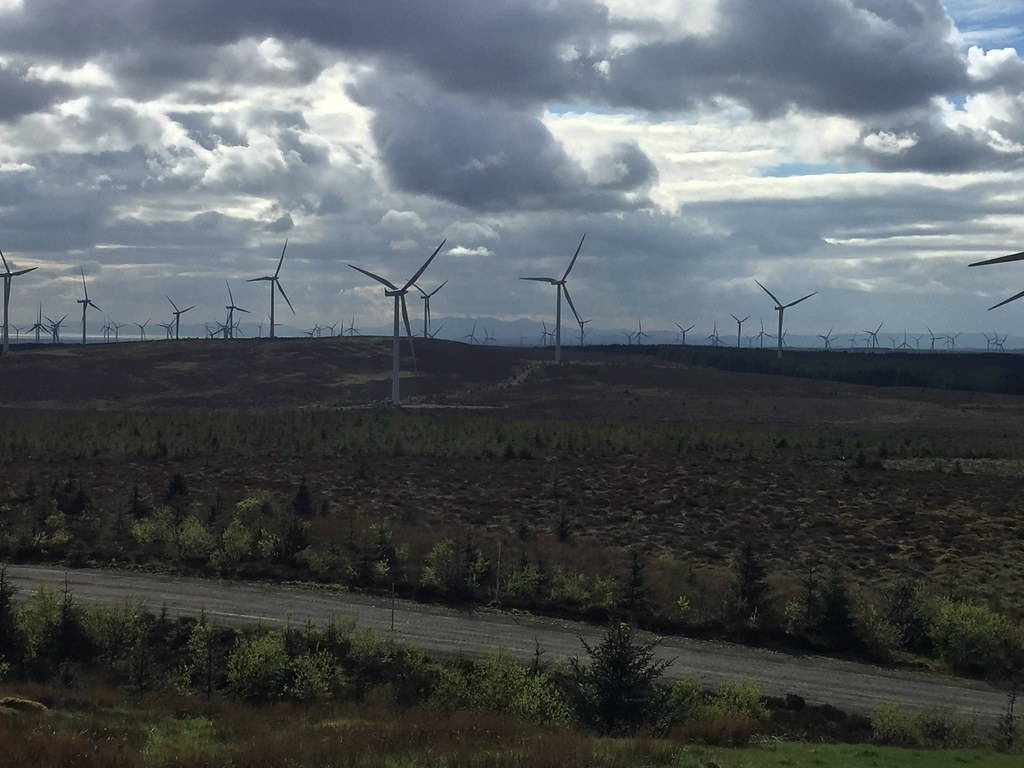 Arran in the background

Appropriately it was quite breezy up here, and we decided to head back to the bikes. We varied our route home by dropping down close to East Kilbride, through Carmunock and down the edge of the Cathkin Braes. How do you turn an uninspiring hill into a great afternoon out? Like this! 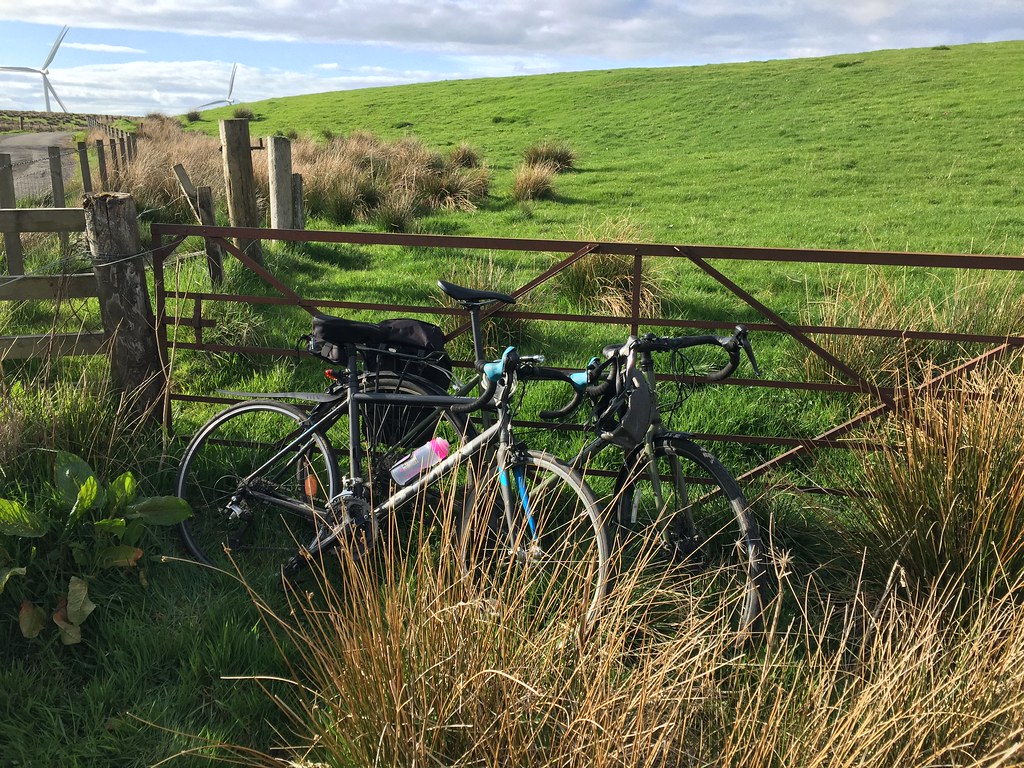 Re: A couple of small ones

Thought those wind turbines looked familiar - that's Whitelee, the UK's largest onshore wind farm. It's where the "Run the Blades" 10k, Half marathon and 50k Ultra are held. Didn't realise there was a sub2k in amongst there too though!