Charles and I had been waiting for good weather and a suitable time for bro in-law, Andrew to join us. Eventually the planets came into alignment. It looked like a dry day, if a bit hazy. The plan was also, to include the "forgotten mountain of Starav," Beinn nan Aighenan. We set off on standard route, though found ourselves taking a variety of tracks early on, till across the Allt Mheuran. As stated, it isn't long until the grind begins. A tough grind, but increasingly spectacular, as the ridge narrows and views of cornicing around Coire an Fhir Lieth and spectacular, surrounding hills open up. As I recall, it was a wee bit chilly and breezy at the summit, but otherwise, we spent a lot of the day in t-shirts. 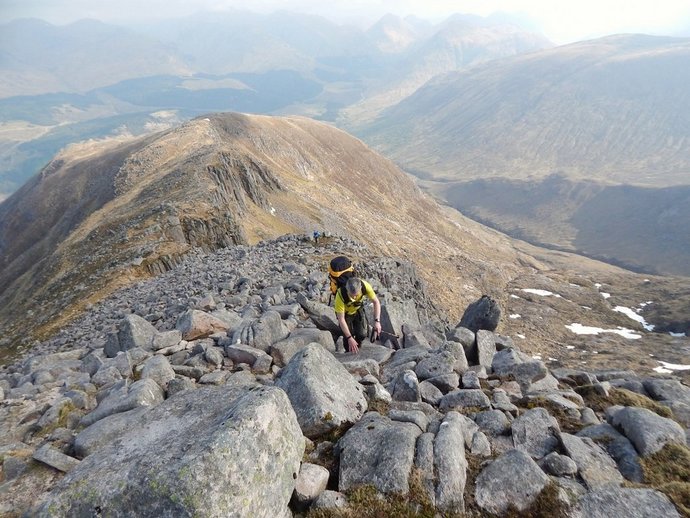 A wee bit scrambly here and there, but nothing too tricky today. Big Jesper, on the summit. After a few pics and some grub, we set off round the top of the corrie, meeting a couple of guys coming the opposite way. Before long we were on the narrow arete, heading for Stob Coire Dheirg, which we mainly traversed by scrambing and an occasional bypass to the right. Some spectacular crags about here. 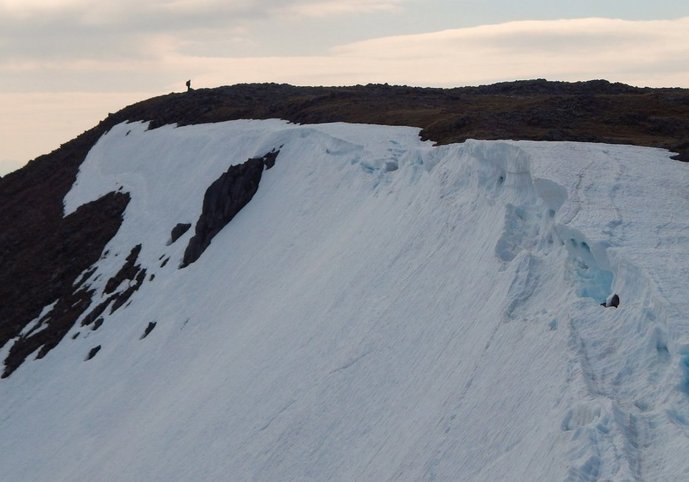 Cornicing around Coire an Fhir Leith. One of the chaps ascending round our way. Over to Glas Bheinn Mhor, from Stob Coire Dearg. Stob Coir'an Albannaich, beyond. Beinn nan Aighenan. Doesn't look too high, or too far off, but was no gentle stroll, either. Think this was looking down into Coire Lochain Ghaineamheaich? Jaf, getting a bit close up with the cornice. Some of the crags coming round Stob Coire Dearg.

Another thing which seems often stated is that Beinn nan Aighenan, doesn't appear that much harder to include, but likewise, would agree with common sentiment, it is a bit deceptive and no easy touch. 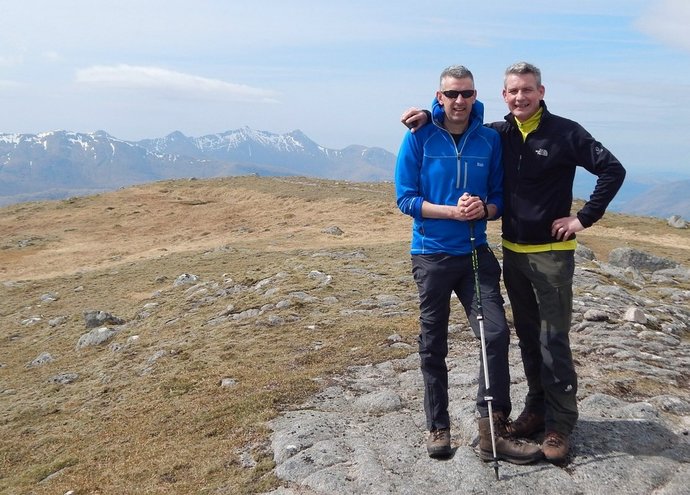 The cowboys, no, sorry, the in-laws, Charles and Andrew. 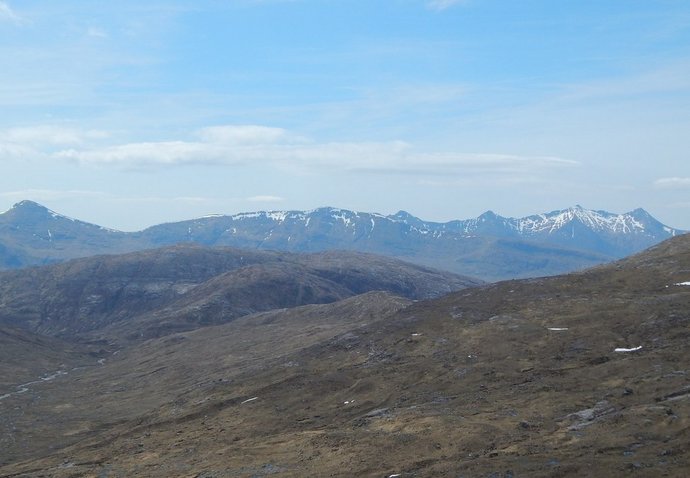 Nice pano of the Cruachan Range. 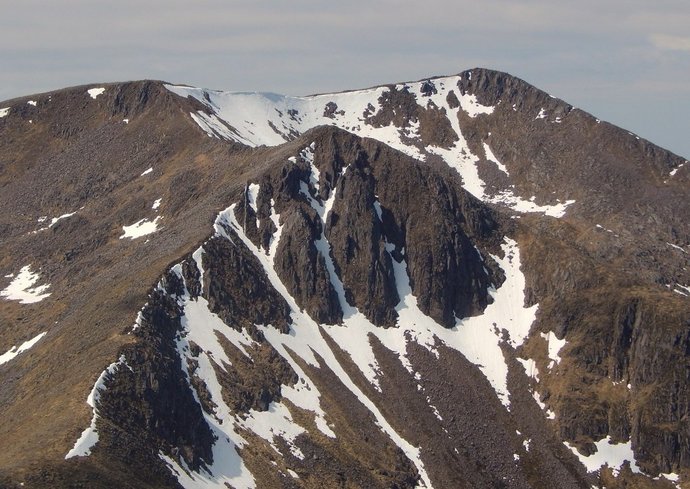 Another look at Stob Coire Dearg and Starav. 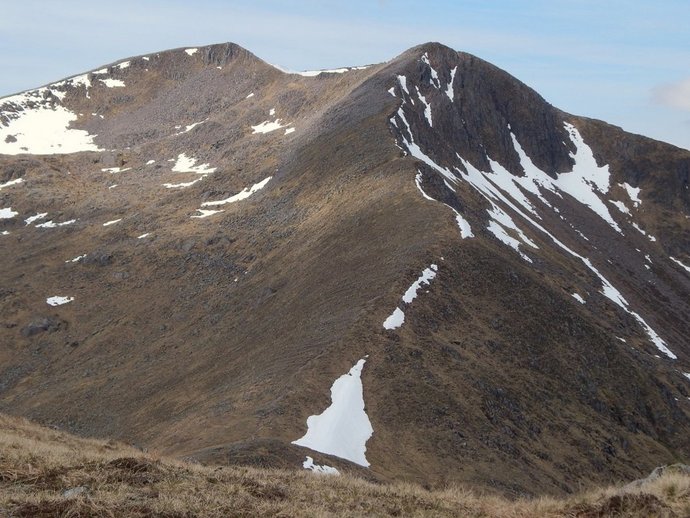 A look back from whence we came.

Returning back to the bealach, we moved on up the steep slope of Meall na Tri Tighearean, which by now felt quite punishing. Was more than relieved when we made it to the third summit, of Glas Bheinn Mhor, although it is one I had visited before. 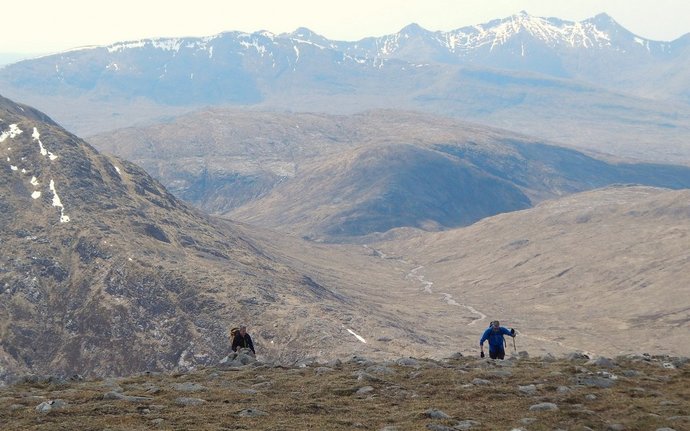 A nice one for me, watching the two young codgers, crawling onto Glas Bheinn Mhor, slowly :) 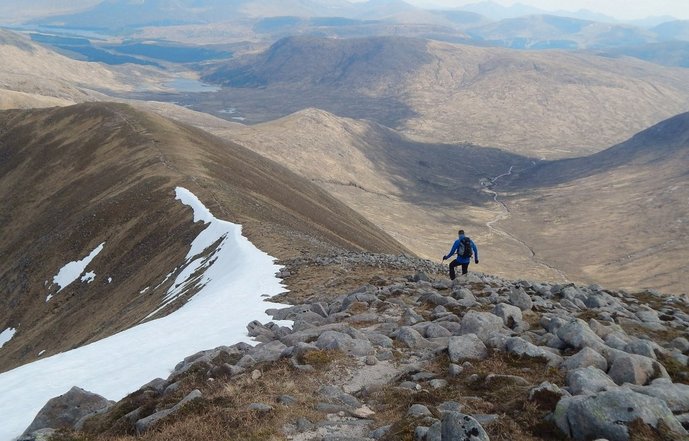 From here it was a fairly simple but, lengthy haul, back down into the glen and back to the car, avoiding the odd bog here and there. Took us 8 pretty tough hours, but all in all, was a great hike. 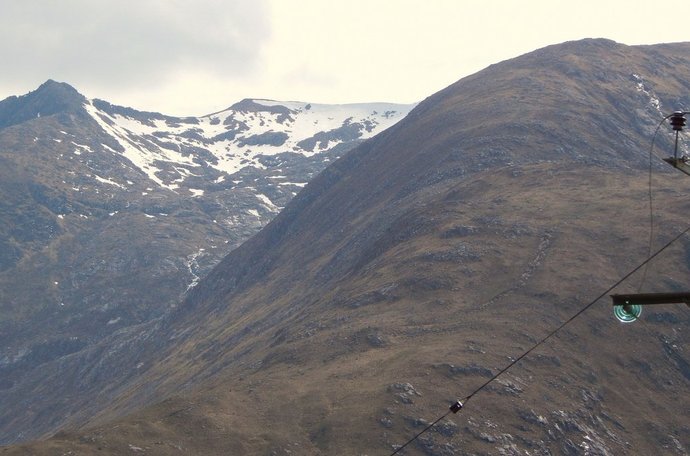 A look back up, from below. 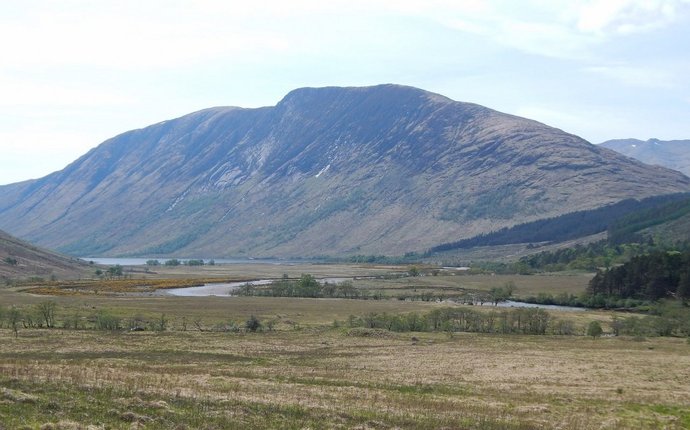 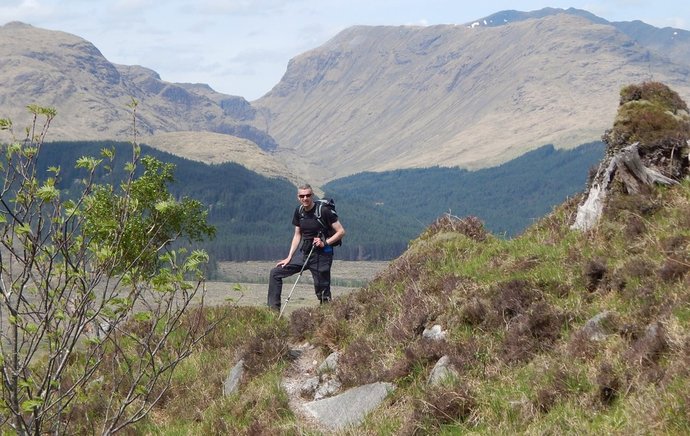 Well down the glen. Think that's Beinn Maol Chaluim behind and possibly Bidein, beyond that? Usual view back up to the Buachaille's, either side of the Lairig Gartain.

In usual custom and practice, we finished with a pint, or at least those that weren't driving did

Helped cool down, but on the way home things got hot again, as we had to turn round due to a bad hill fire, in Glen Lochay, delaying the follow up refreshments And the hill fire, opposite Ben Lui.

Re: The Ben Starav Trio - Jesper, Andrew and me :)