Ages since me and Jaf actually did this one, so memory might be faulty, or may just have to resort to usual fibs

Set off from Glen Tilt, heading close by river side, aiming to do Beinn Dearg first. Think we cycled in further than first time I did these pair, but because of where we left bikes, meant we finished with uphill walk for a bit, so that wasn't too clever.

Went out past west side of the rifle range and headed for Beinn Dearg. Don't recall any problems en route, other than trying to keep up with Big Jesper. As I observed the first time, I think it could be easy to get lost out here, if the weather closed in. Not the most spectacular summit, or viewpoint, but I suppose there's worse, too. 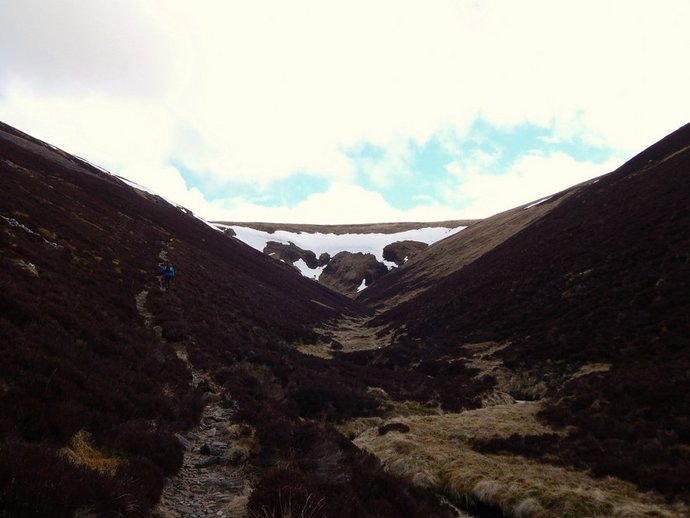 Start of zig-zags, on way to BD. 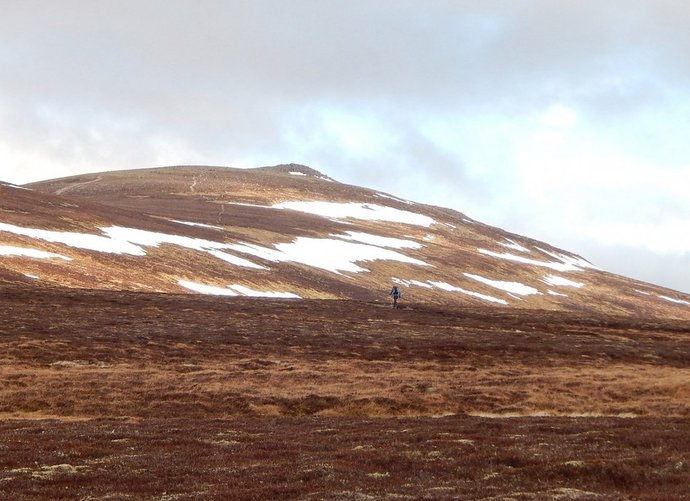 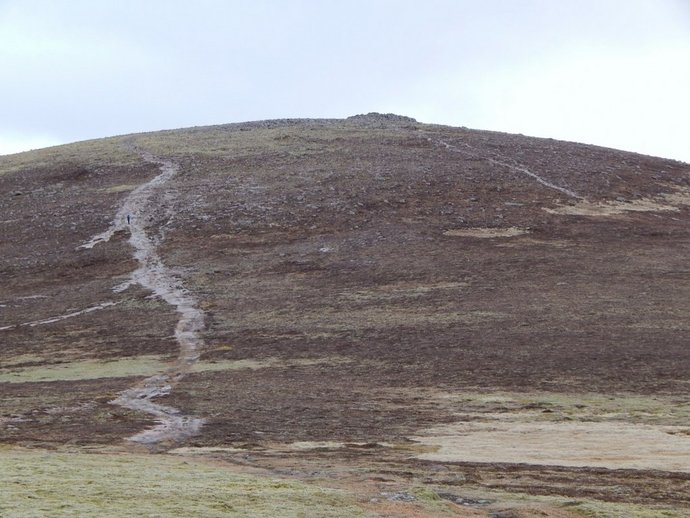 Spot the Jaf? No holding back now :) 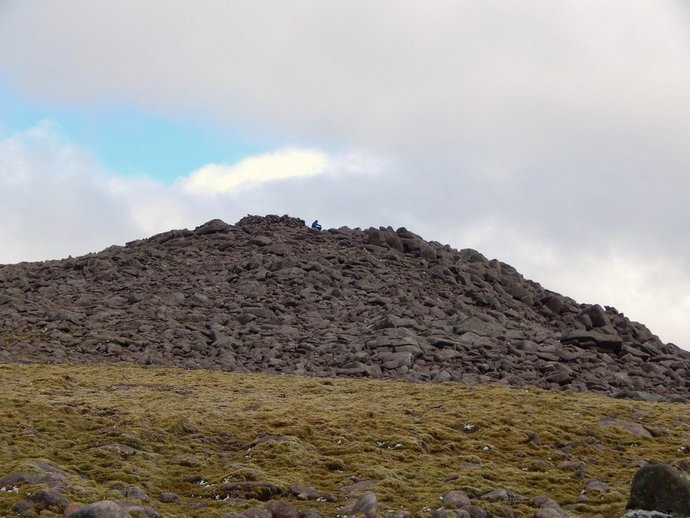 The King of the castle! 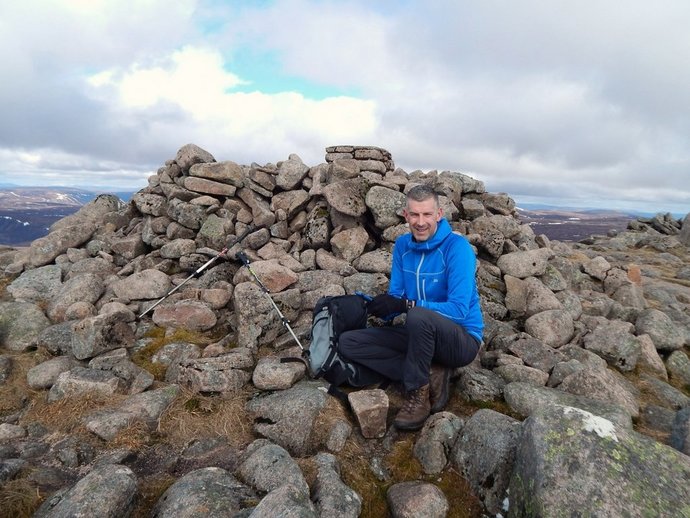 Charles on the summit of Beinn Dearg. Probably getting a bit cool.

Went over Beinn Dearg and set off for Carn a'Chlaiman, going over a few of the bumps and dips along the way, but I opted to go round Carn a'Chiaraidh, whereas Big Jesper, was insistent at going right over the top, as is his usual 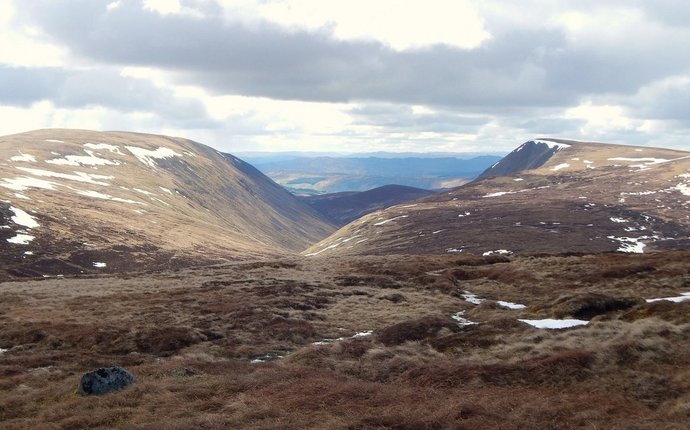 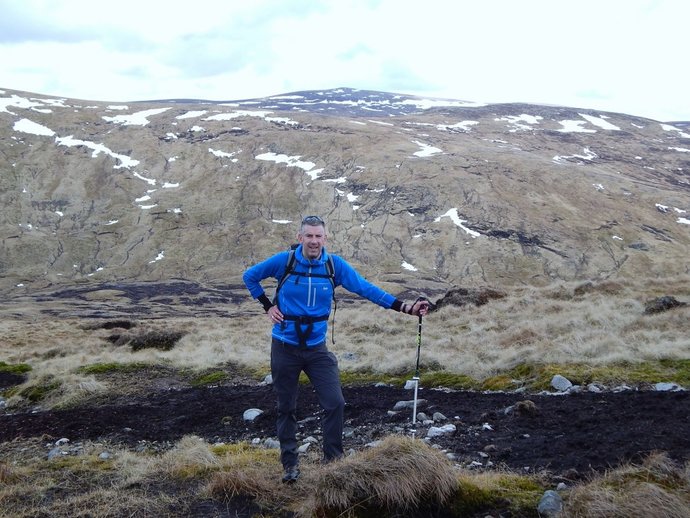 Big Jaf, looking back to BD, some way off. 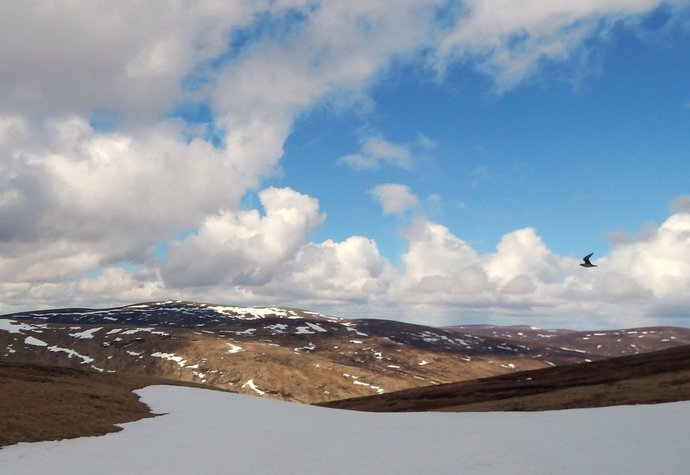 Again, looking back to Beinn Dearg. Anyone know what kind of bird? 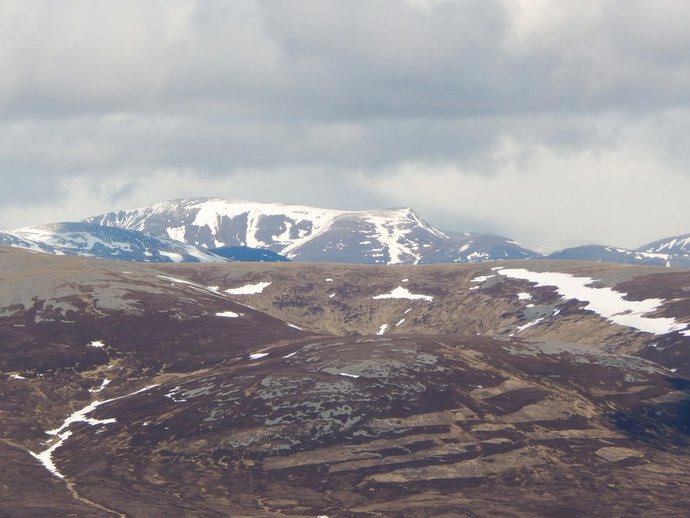 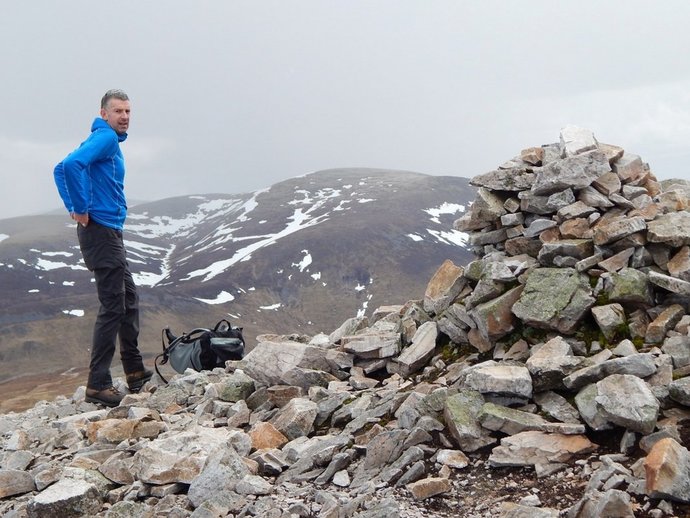 Jaf, on the summit of Carn a' Chlamain. 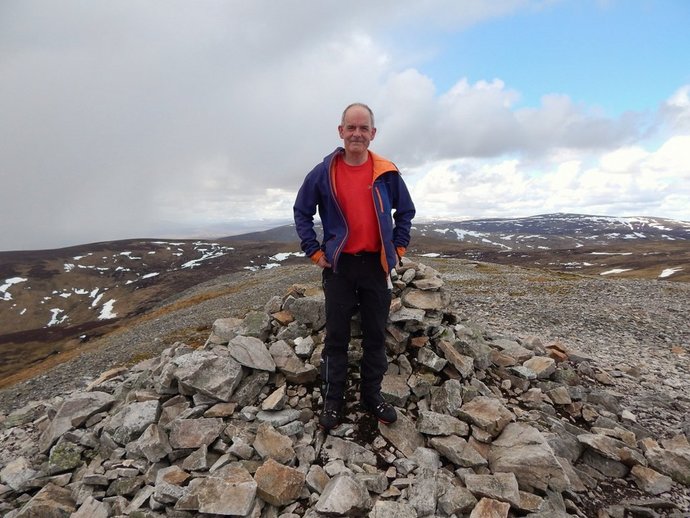 Myself, summit of CaC. I think that's BD way in distance.

Bit of a trudge from the Feith an Lochain, onto the back of Carn a' Chlamain, up to the summit, but seemed a shorter trek than first time round. Would have been handy having bike up there, but no option but to hoof it back down Glen Tilt and it is a fair yomp at that, but a very scenic one 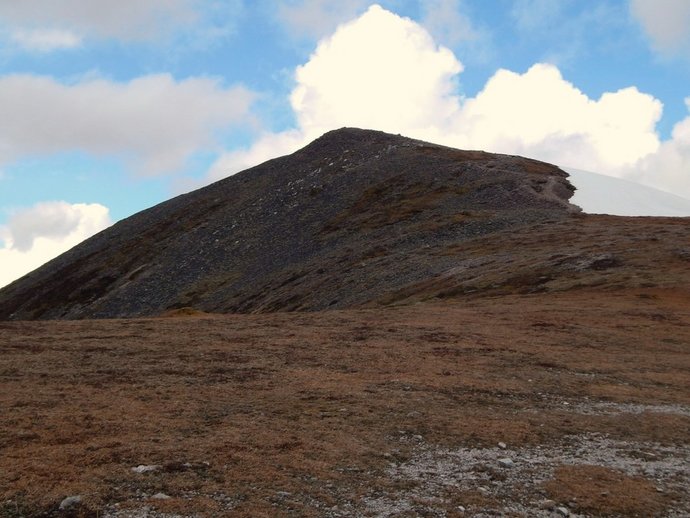 Coming down off Carn a' Chlamain. 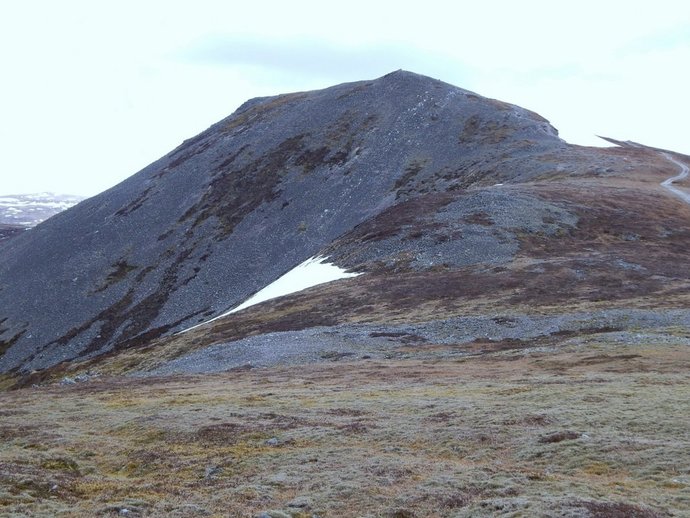 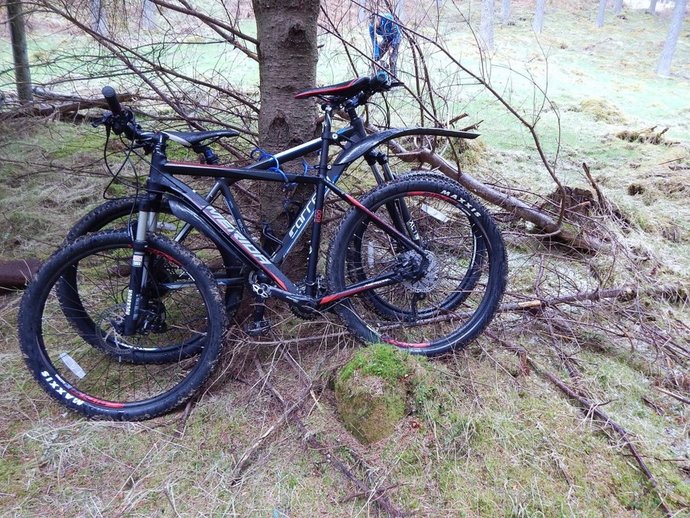 Glad to see the beauts and get back in the saddle and off the feet :) 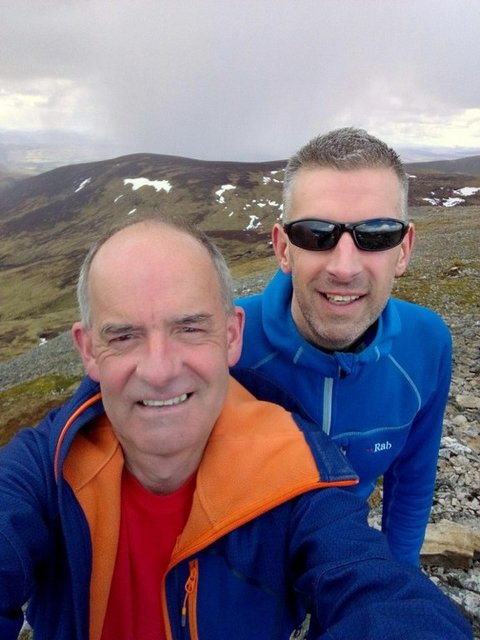 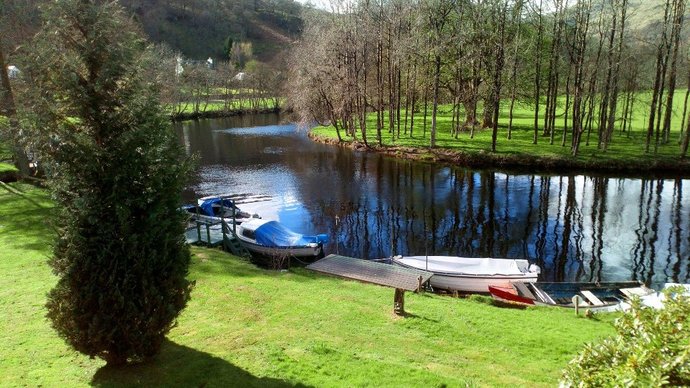 A nice spot to enjoy a pint. Killin.

Pretty long day, even using the bike, but plenty fun for all that, especially when it came to pint time, in Killin 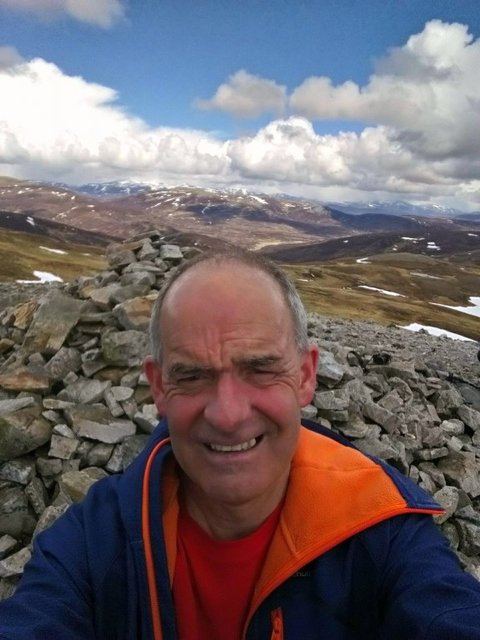 Think that's supposed to be the Cairngorms beyond, but could be anywhere! 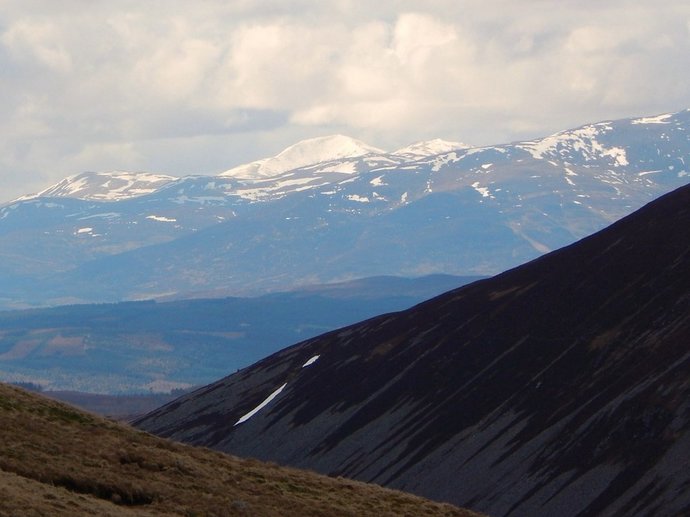 Wonder if this might have been Ben Lawers, about to SSW? 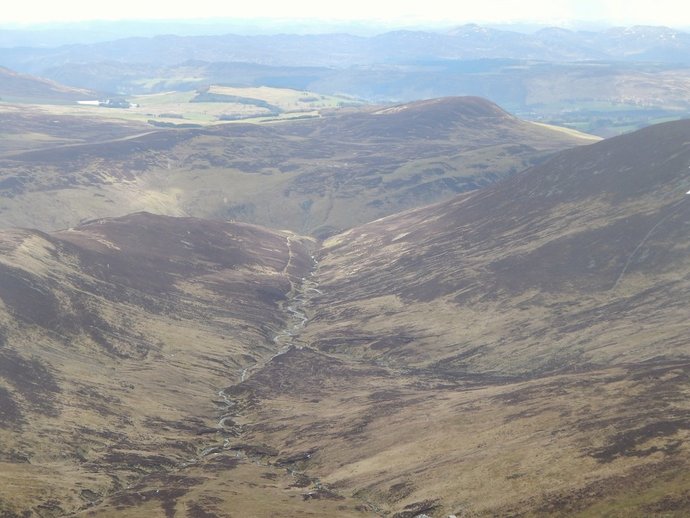 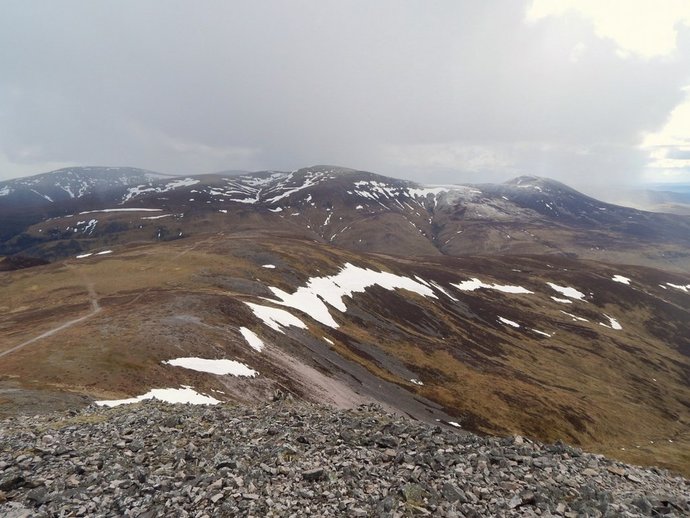 A shower comes over Beinn a'Ghlo 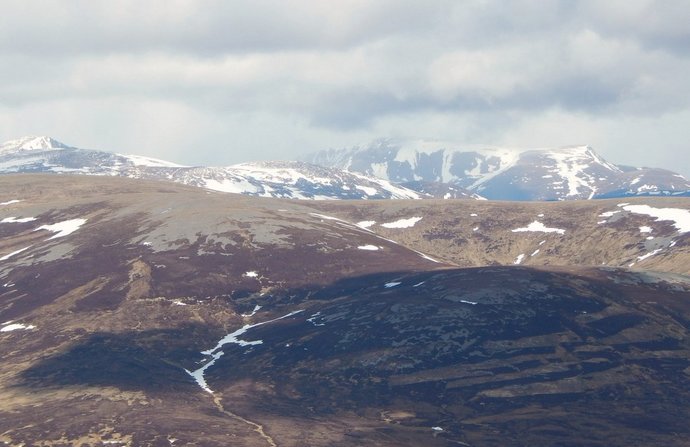 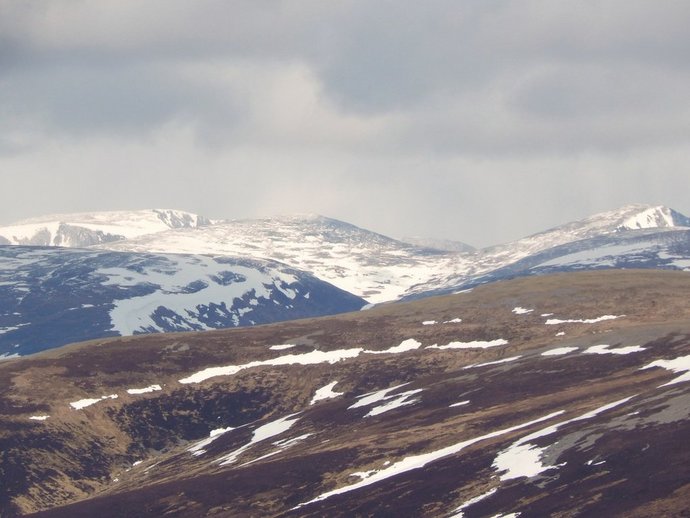 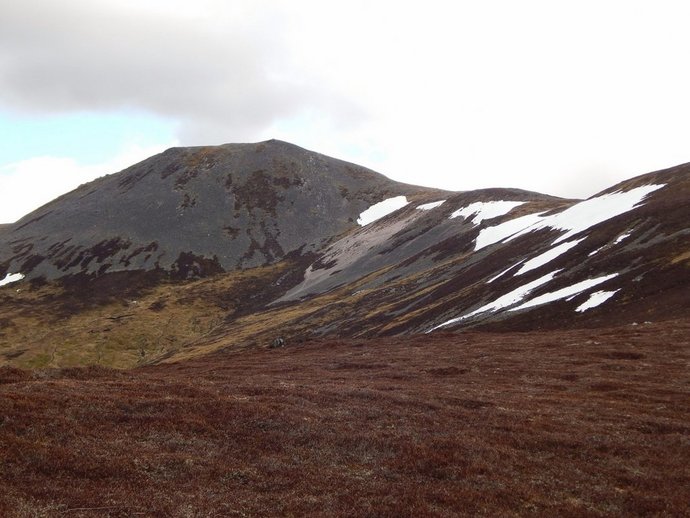 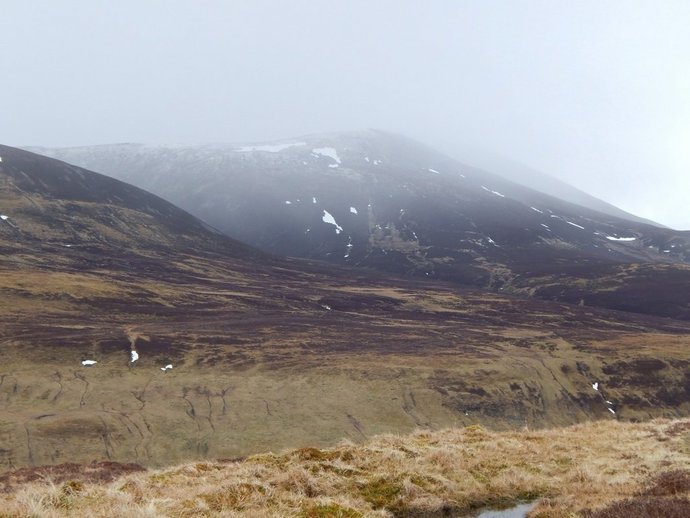 Another shower we managed to dodge. 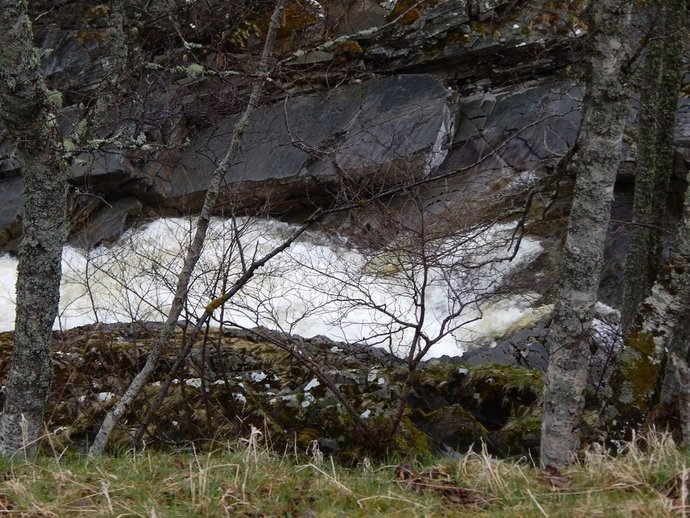 Some nice falls in Glen Tilt.

Ooops. Pressed "submit," by mistake. Apologies to anyone who clicked on the poorly composed draft, with no info, or pics! Not that theend product is much better