On our way south from Orkney for a holiday in Mull we stopped off for the night at the Helmsdale hostel. A gigantic fish supper, pleasant walk around the village and a really excellent private room at the hostel - I can't recommend the place enough.

Woken by bright sunshine peeking around the curtains at 5.30am, I took the chance to sneak out early and climb my first new hill for three months - hoping for a short stretch to increase my fitness and to add a straightforward balloon/tick to my fairly meagre total so far.

Sometimes, however, you find the most fantastic things where you least expect them.

I'd found only a couple of walk reports for Braigh na h'Eaglaise, both describing the hill as a one-hour "quickie". That would be about an hour-and-a-half walking for me, I reckoned - and so it turned out.

Having left Mrs Pigguy (that's not our real name by the way) snoozing happily, I pulled on boots and headed out. The start of the walk from near the cottage on the old A9 is a wee bit further out of Helmsdale than I expected, but easy enough to find. I parked a couple of hundred metres away from the cottage as it was still only 6.15, walked back, went through the gate and set off up the hill on pleasant short grass. The start of the climb Looking back to the cottage at the start of the walk

The first third of the walk was easy going and the initial steep climb soon levelled off a bit, but the short grass and heather was replaced by longer grass with tussocks - nothing too bad, just not as easy as before.

From this point, the hill was looking fairly featureless and uninteresting, although stopping to look back to the North Sea with the early morning sunshine shining off the water and the sound of a cuckoo coming from the trees that hide the main A9 to the north coast made the whole experience really enjoyable. 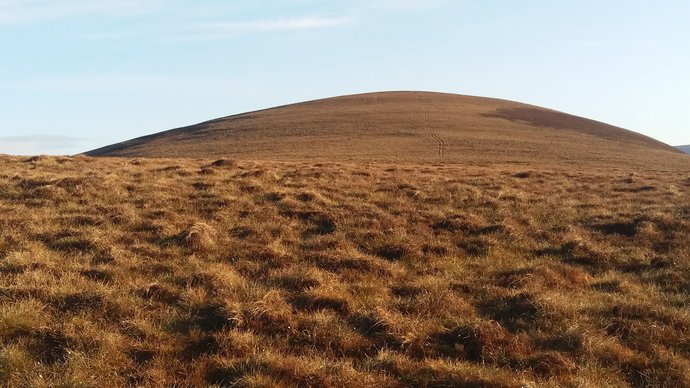 It doesn't look up to much yet, but just wait and see.

About two-thirds the way up the ground got a little boggy which, for some reason, I hadn't expected, but again it was easily negotiated and I found an ATV track which went close to the summit.

By now the views were starting to open up with Morvern peeking out for the first time and it just got better the closer to the summit I got. Then I was at the top and "fantastic" was the only word for it. Well, maybe "astonishing", "breathtaking" and "wonderful" would also be in contention. Sadly, my snaps do it little justice. It's actually hard to describe how great it is to be at the top of a hill in the sunshine at about ten past seven in the morning, with the place to yourself as you look out into miles of near-empty country. 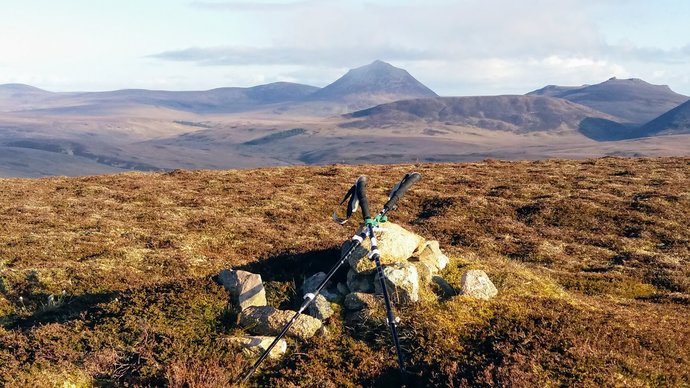 Looking north west from the summit of Braigh na h'Eaglaise

I regretted forgetting to bring a flask of tea, but hung around at the top for about 40 minutes, wandering over to the edge of the summit area to appreaciate fully the views of Morvern and Scaraben.

I dragged myself away from the top and headed back down the same way, getting back to the car just short of the two-hour mark. A great little outing.