Golly, it's the Bat of Albannach Burn!

Golly, it's the Bat of Albannach Burn! 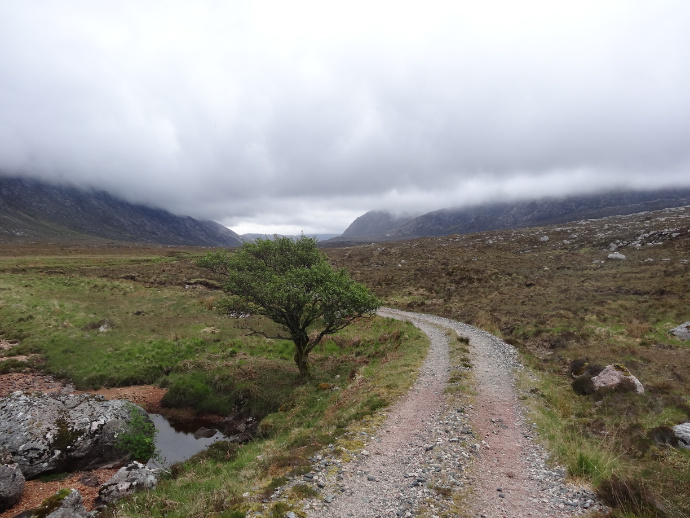 This low-level walk was the start of a three-day bike camping trip. A combination of steep tracks and mechanical failures had me walking somewhere between half and two thirds of this section, which I think is far enough to justify a report.

I parked in the sadly litter-strewn laybay west of Gualin House after a wet morning. The rain had mostly stopped by then. 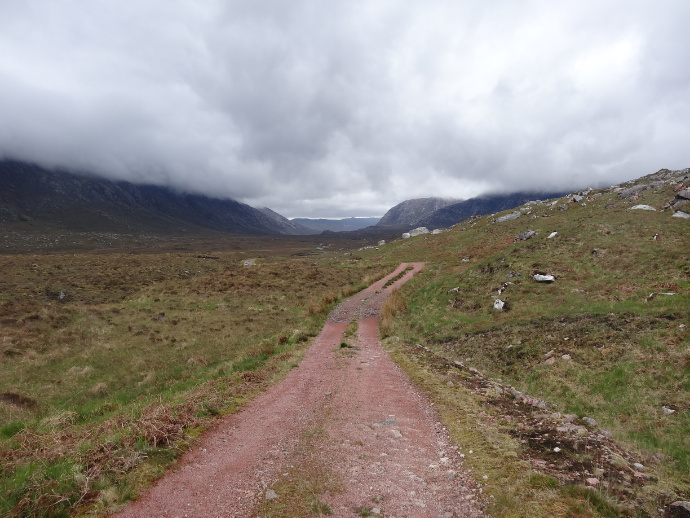 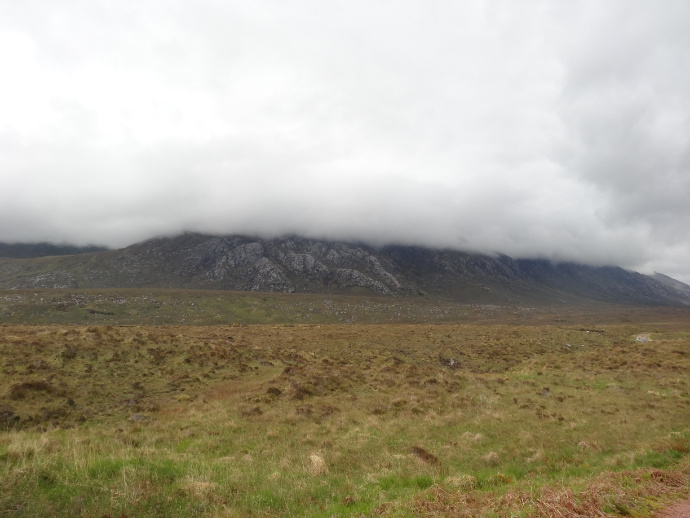 A bit of Foinaven...I think.

The route down Strath Dionard had an epic feel about it - the long track winding for miles along a boulder-strewn valley floor, with big grey mountains supporting big grey clouds on either side. 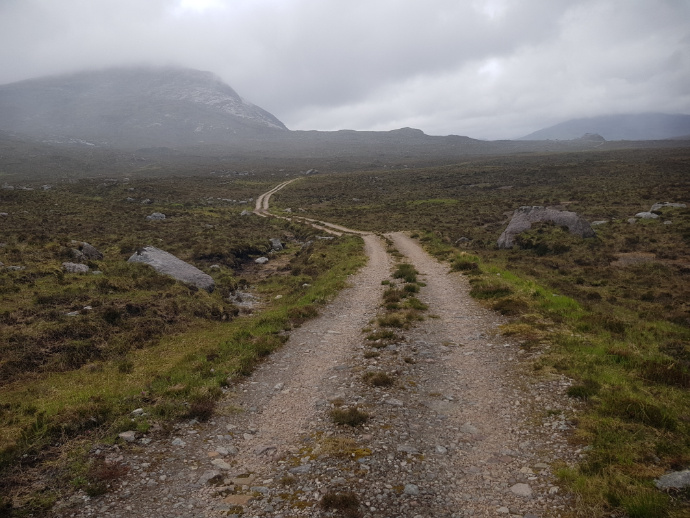 Many a winding turn

The bike helped to speed me along to Loch Dionard, but I'm not convinced it was a net benefit for the whole afternoon. 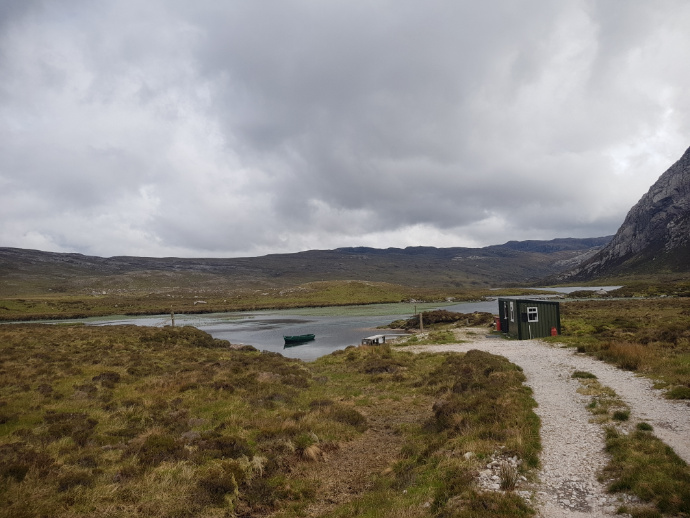 The river just north of the loch was fordable, 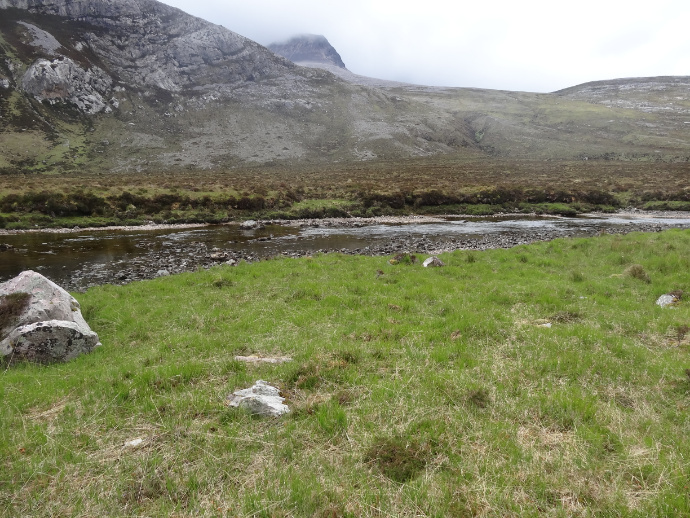 Looking back across ford

then it was burns, crags and peat hags, 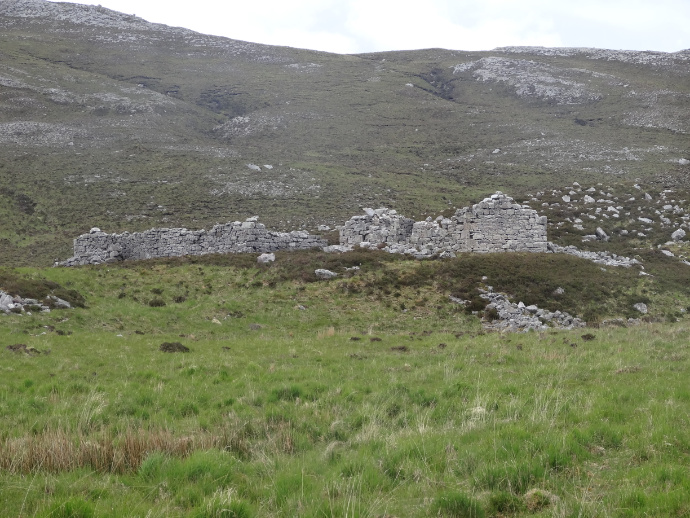 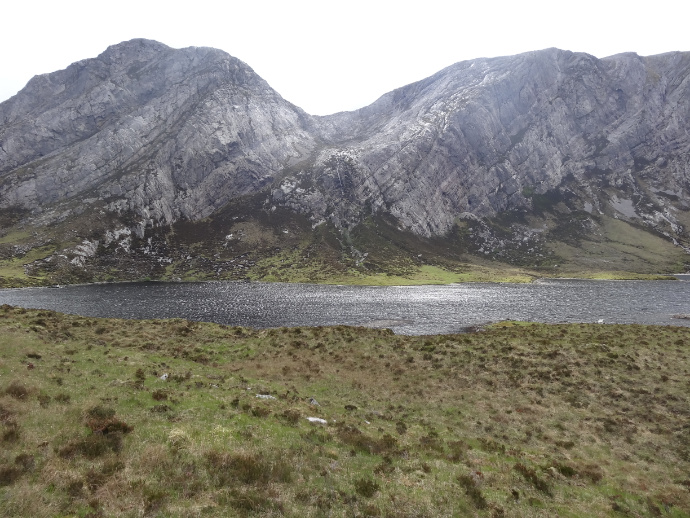 until the estate road leading over Creag Staonsaid. 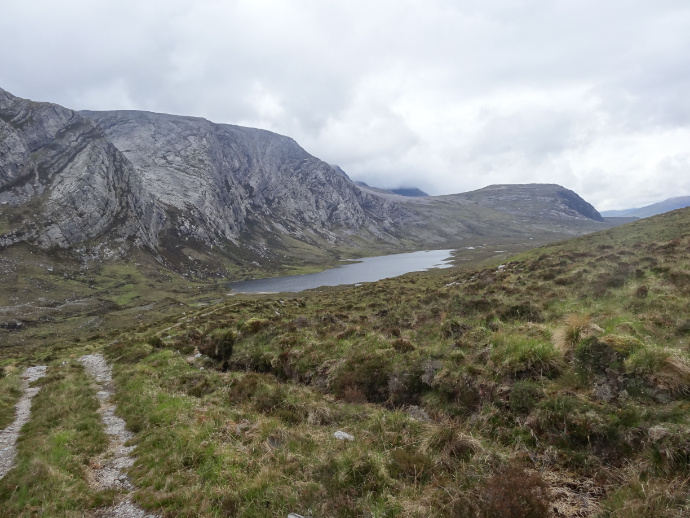 Looking back to Loch Dionard and Foinaven

This was a steep walk up and down but there were tracks at the top from something like a dirt bike or fat bike. 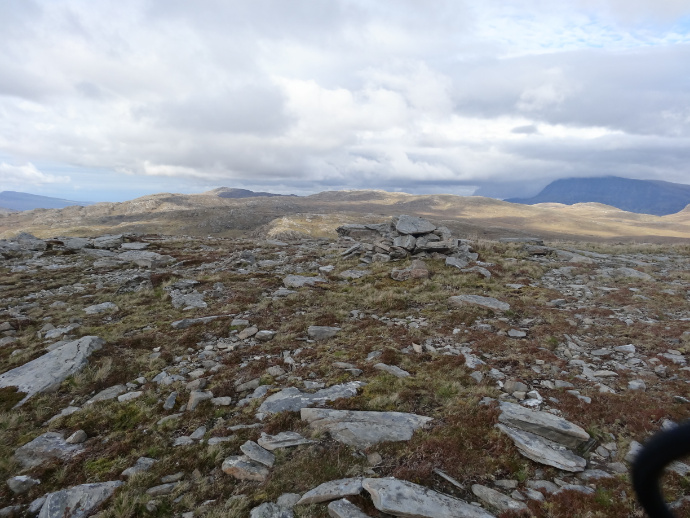 By now some of the clouds had lifted, allowing pretty good visibility. 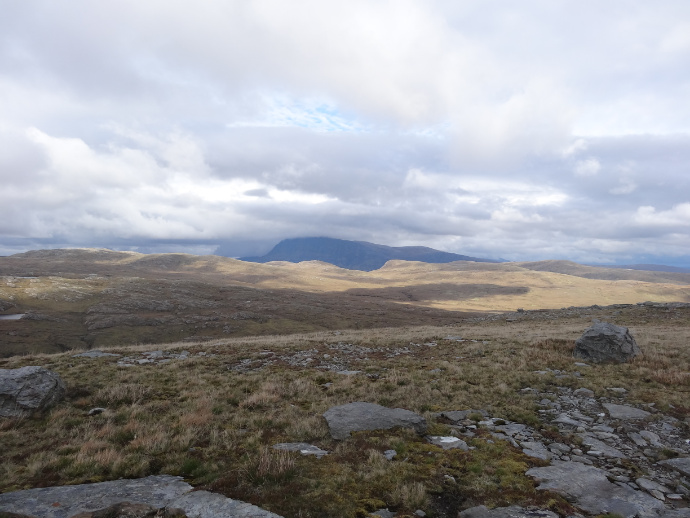 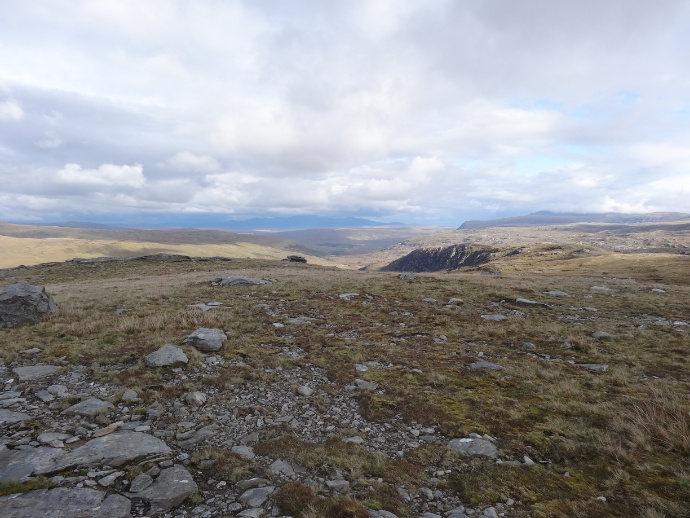 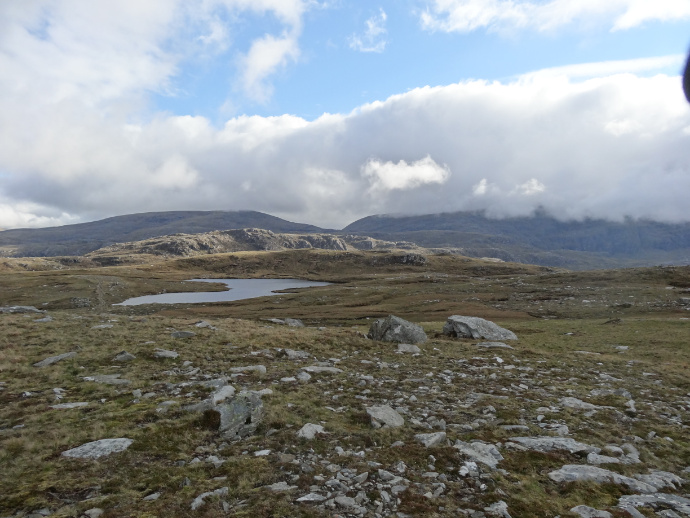 SW: Sabhal Beag and a bit of Meall Horn 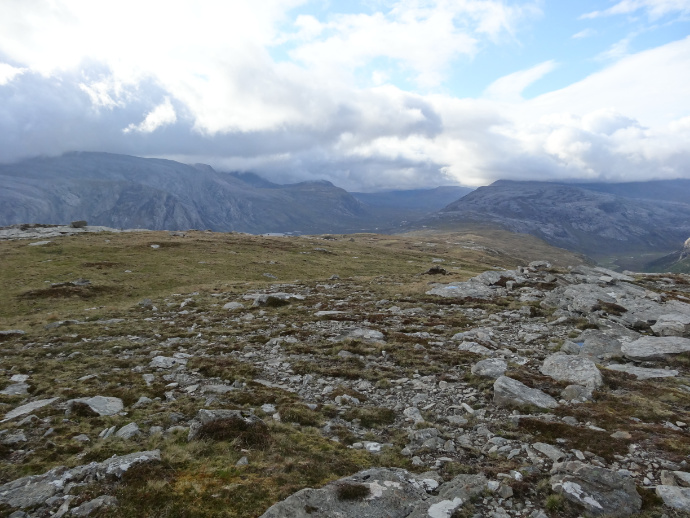 NW: Foinaven, Cranstackie, and a bit of the route in 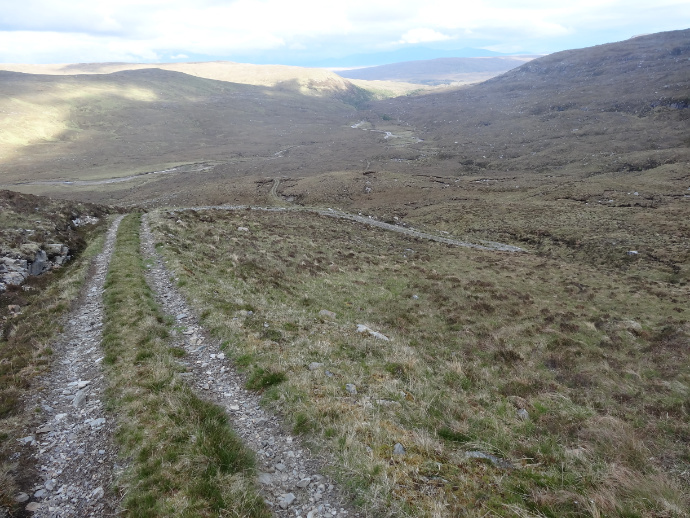 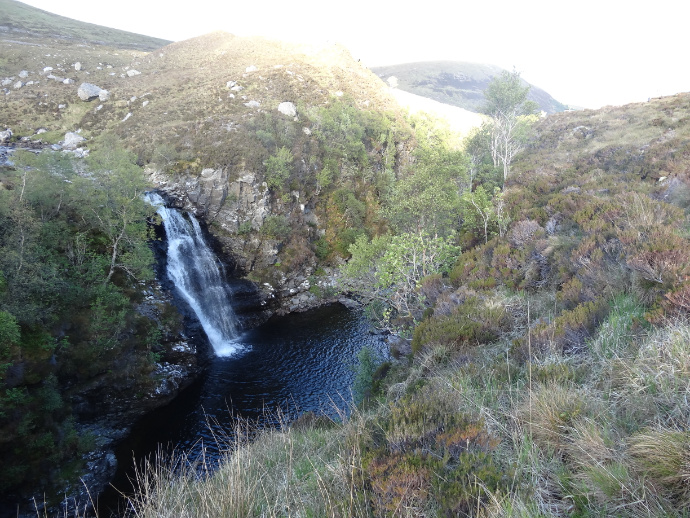 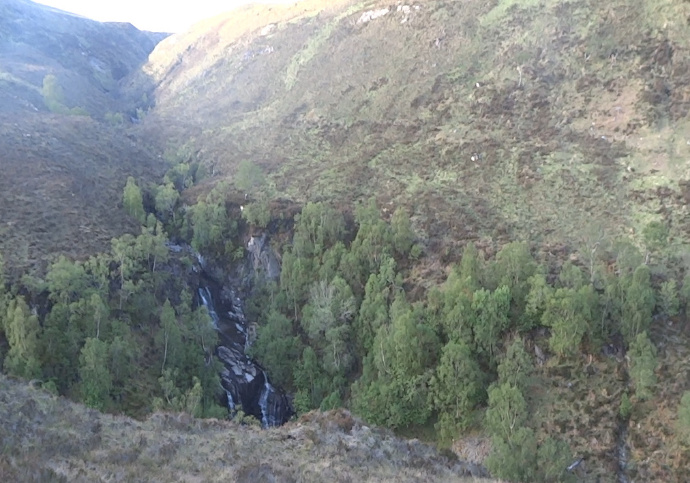 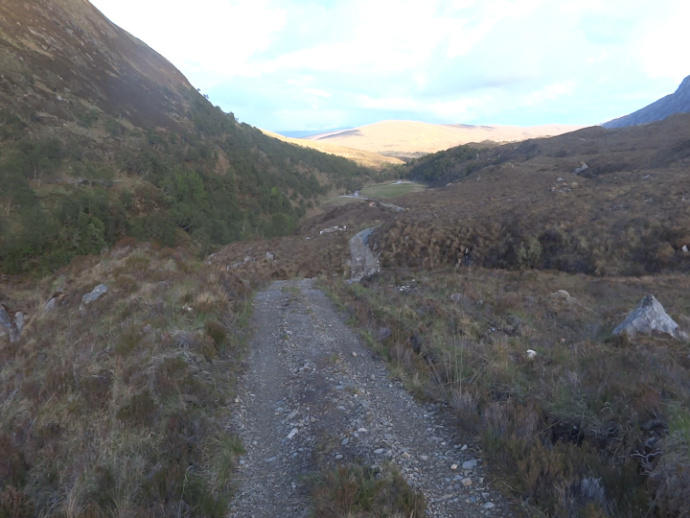 and a narrow grassy meadow under the evening sun. 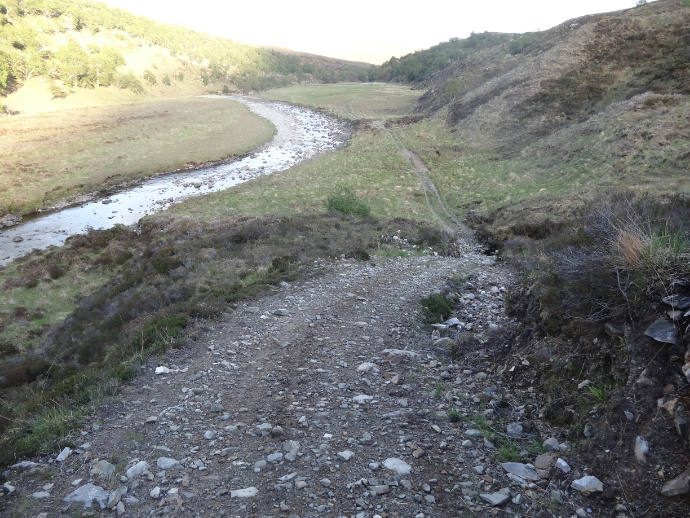 It was tempting to pitch here for the night and leave the rest of the walk, but... plans. And midges.

Over a small pass and down by Gobernuisgach Lodge, 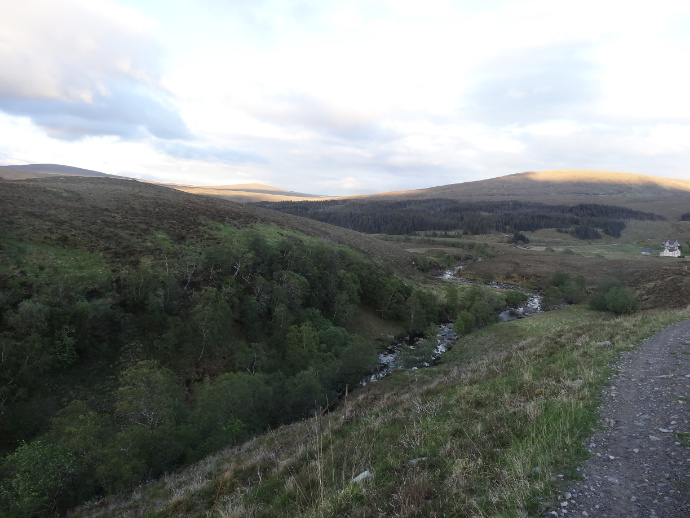 the third part of the walk began. This track/road was far smoother, unlike the country that surrounded it, but by now I wasn't up to pedalling up hill.
Deer (a)bounded. 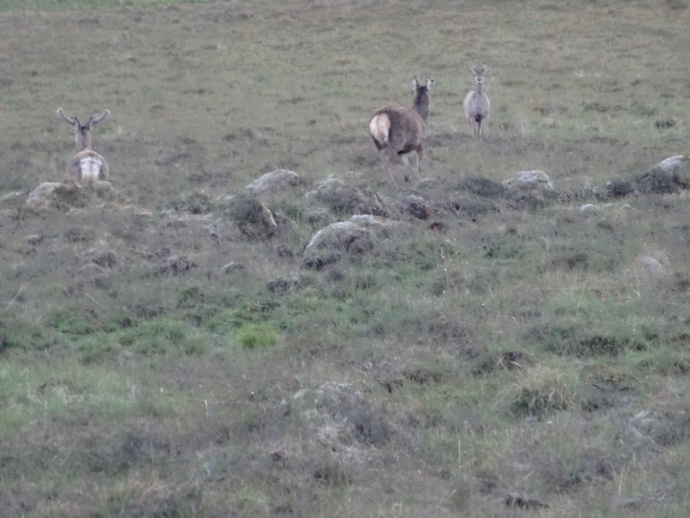 Around sunset I met the first person I'd seen since Gualin House, a camper riding in on a fat-tyred bike who stopped to say hello.

This isn't him - there was a toad on the track further along. 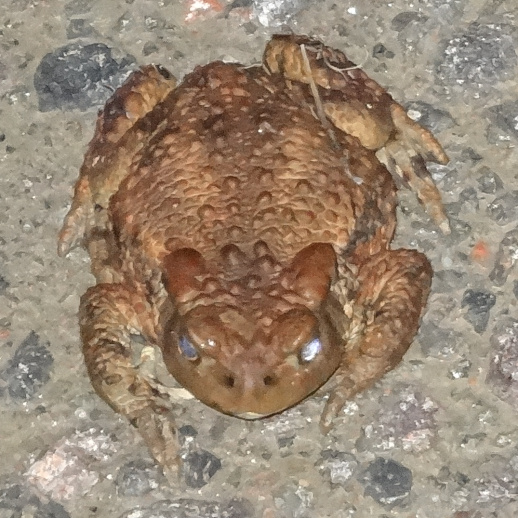 Eventually, over the umpteenth small rise, the Albannach Burn Plantation loomed ahead like a big, dark welcoming committee. This was my destination for the night: close enough but not too close to the road, with running water nearby. As I coasted down the track a bat fluttered up from somewhere near the bank on my left - the bat of Albannach Burn!

I forded Allt nan Albannach and parked the bike in a not-too-boggy area around 11:30pm. This was still prime deer country: huge chocolate raisins all over the place, and a lot of the trees had been antlered half (or more) to death. 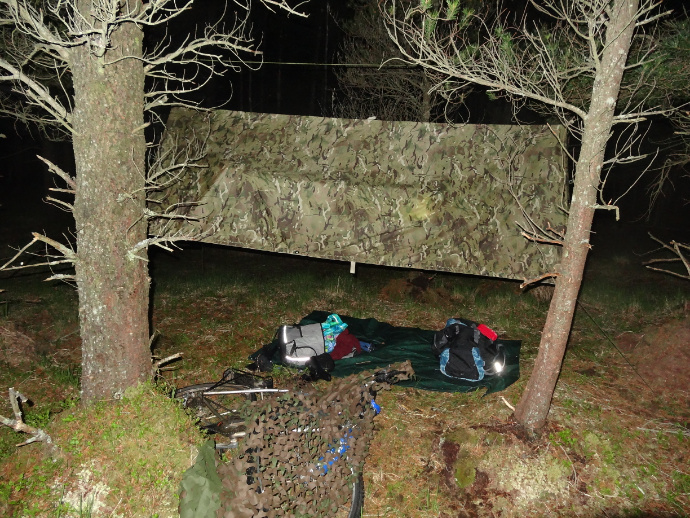 Not the best 'tent shot', I was just glad to find somewhere without any "widowmakers" nearby!

I had hoped to bag a few peaks, but after a migraine the next day I decided to take it easy and stick to the valleys instead. It turned out to be the wettest and cloudiest week of May so I didn't miss much in the way of views, but I don't regret going one bit. The lower 400m of that area is spectacular. 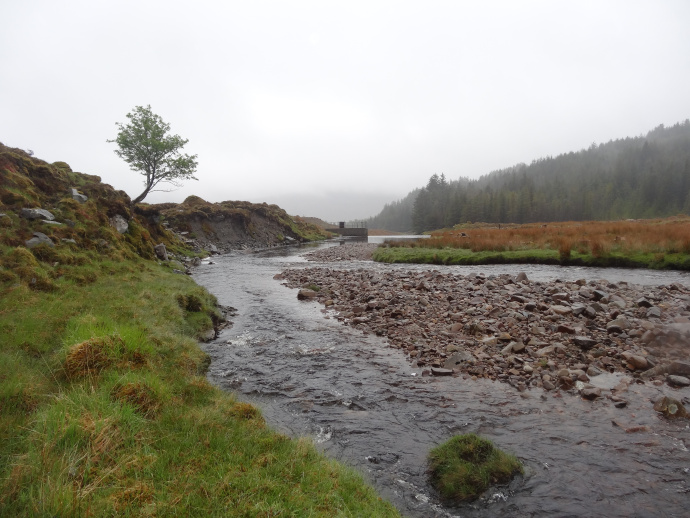 Just when you think you're alone in the wilds, a U-boat surfaces in the burn. (To be fair, I actually thought this hydroelectric dam was pretty unobtrusive).