Base camp at Glenuaig Lodge - Walk 2

Base camp at Glenuaig Lodge - Walk 2


Day 2 of our stay at the lodge was very wet and extremely windy. John was almost blown off his feet taking the dog for her early morning pee and the rain was sheeting horizontally down the glen. Not a day for venturing very far. Our intended plan to climb Maoile Lunndaidh was definitely off as the rivers and streams were raging torrents and would be dangerous to cross.

So to Day 3. We set out at 07:30 to climb Maoile Lunndaidh. Having spent the last two days staring at it, trying to decide which route would be best, we set off following the track from the lodge to the river. The sun made a brief appearance. 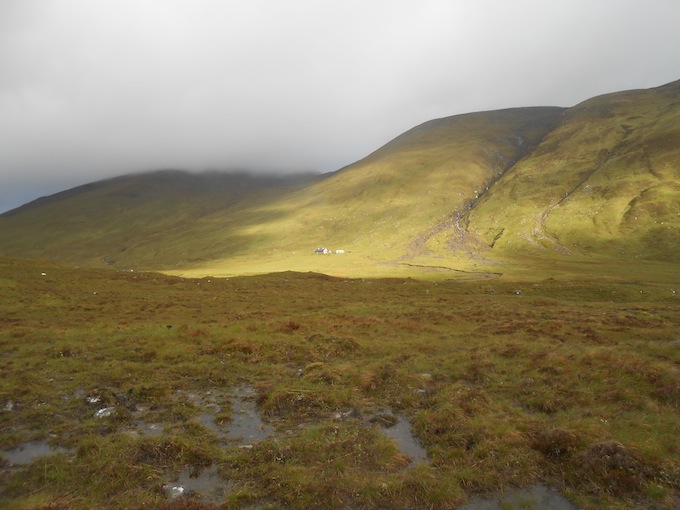 The water levels had receded, despite it still being a wet day. We managed to jump across and decided to head for Drochaid Mhuilich and climb up from the west. We followed the west bank of the An Crom-allt and soon regretted not crossing it lower down as it was still thundering down the hill. Despite being wet bog underfoot the going was not too difficult, with numerous deer tracks coming and going. Eventually we hit a path, which appeared to be the extension of the one up the east side of the burn. This led us to a crossing place from which we clambered up the opposite bank. From here it seemed more sensible to head uphill, following the ridge on the west side of Fuall-thol Beag. 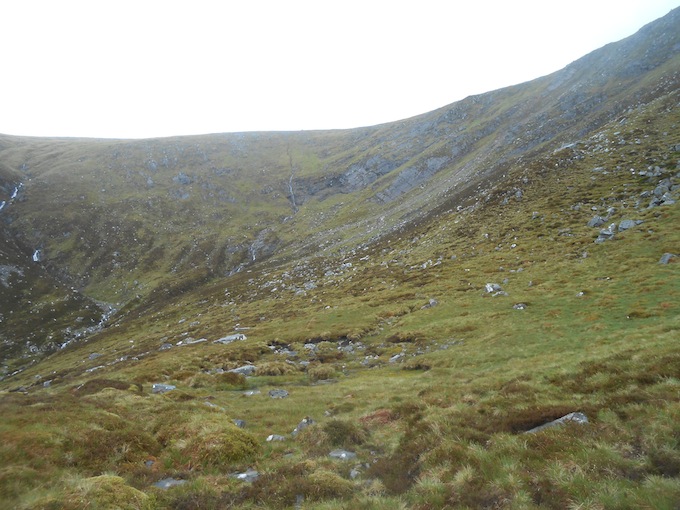 The going was fine and eventually we reached some rocky bands where a path had developed up onto the main ridge. The weather wasn't great but better than for our previous walk two days earlier. 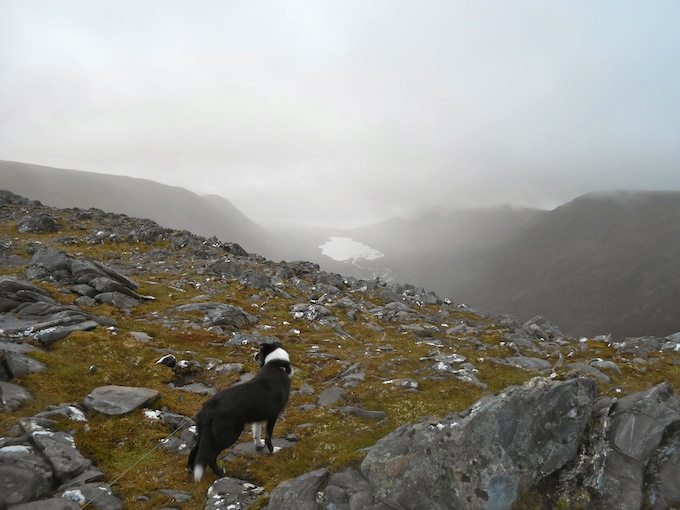 The walking was quite straightforward to Càrn nam Fiaclan now we had reached the plateau. 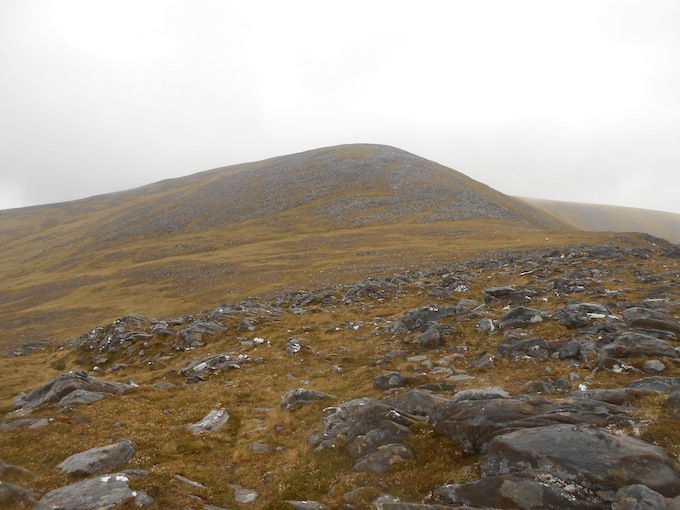 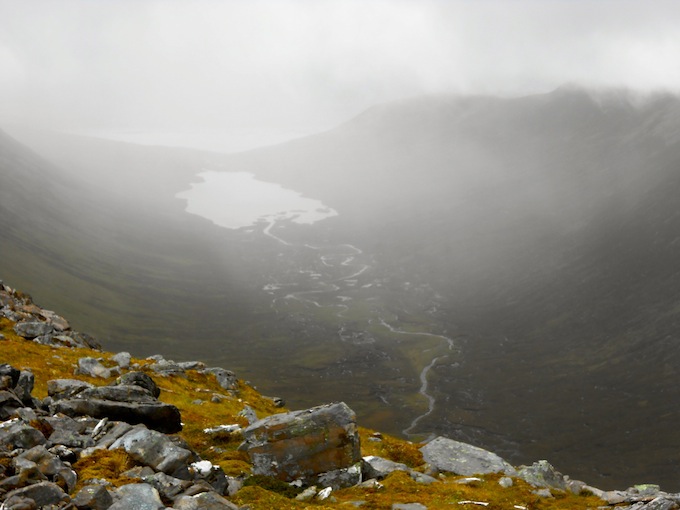 There were still very frequent squalls passing over us as we made out way towards the summit. 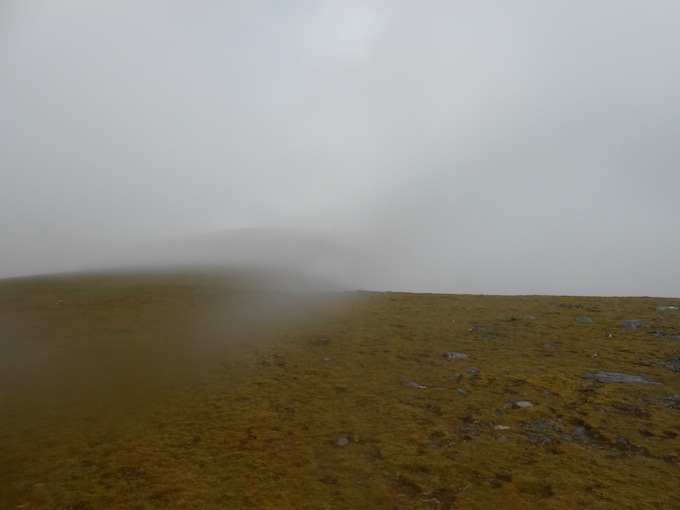 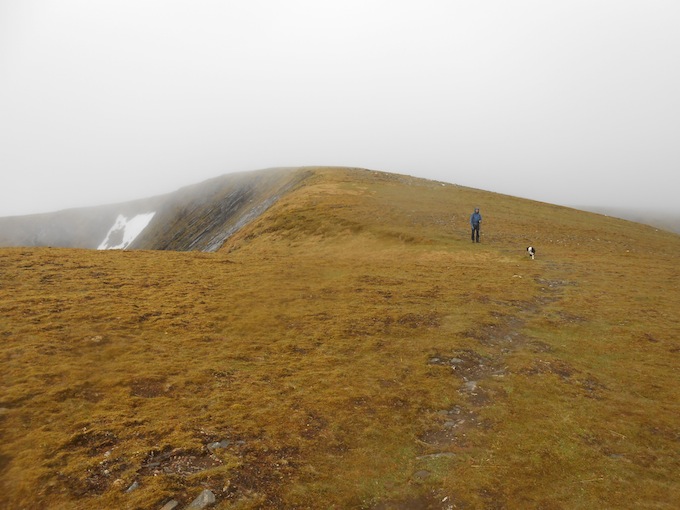 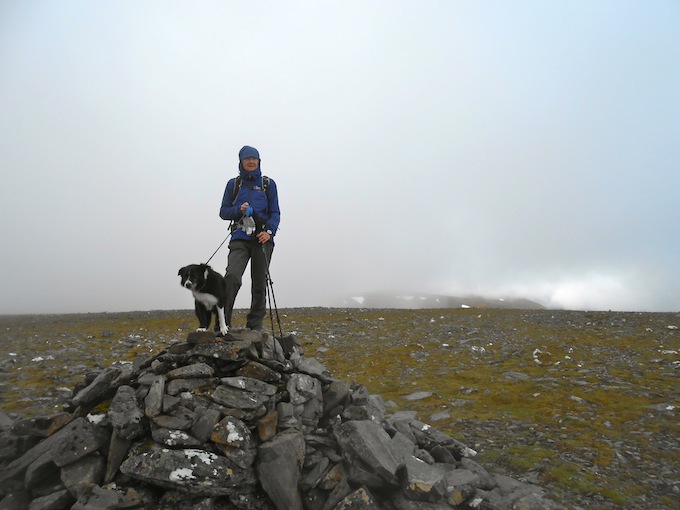 We descended down the ridge east of Fuall-thol Mór with more rain showers interspersed with views. 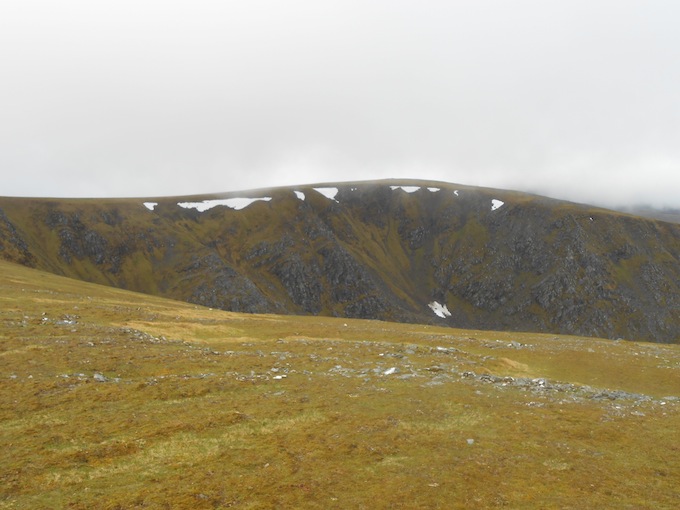 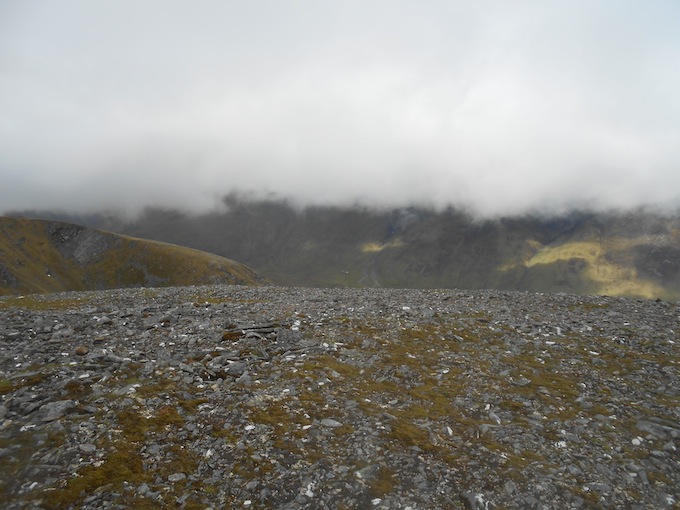 The descent was initially stony.

The views into the corrie aren't that great until lower down due to the nature of the terrain but eventually I was able to peek into it. 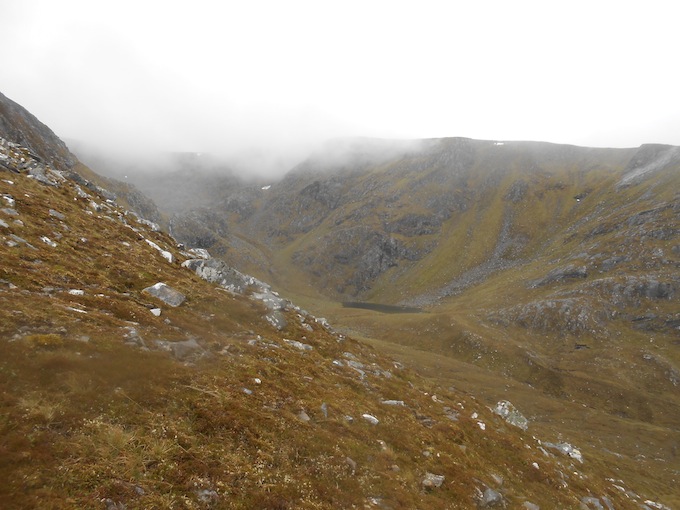 We picked up a path and passed some impressive scenery studded with waterfalls. 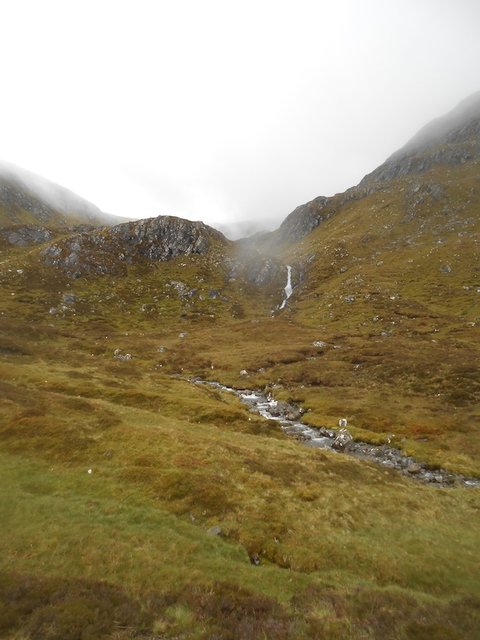 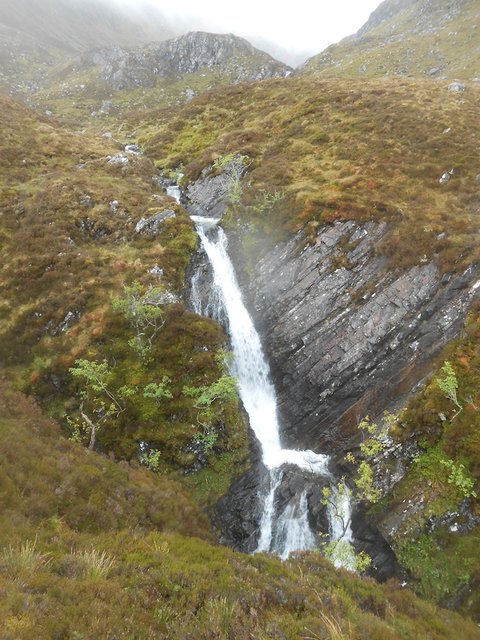 It seemed easiest to follow the path down tho the glen despite it taking us away from the lodge. We reached a wet grassy track that we were able to follow back to the the lodge, with a few stream crossings via underwater stepping stones. 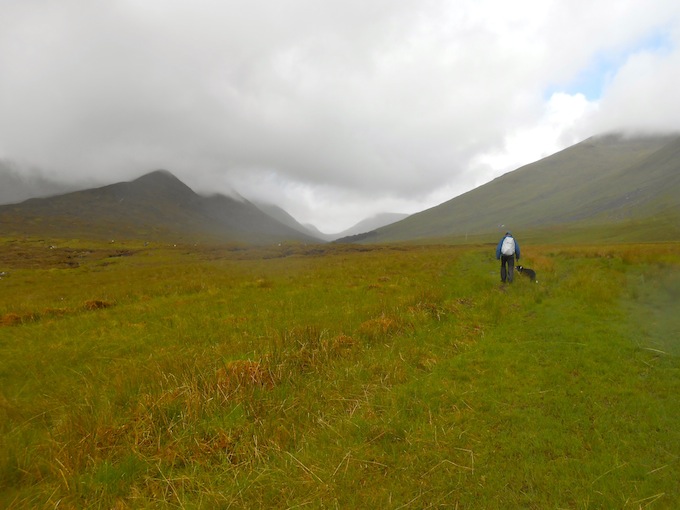 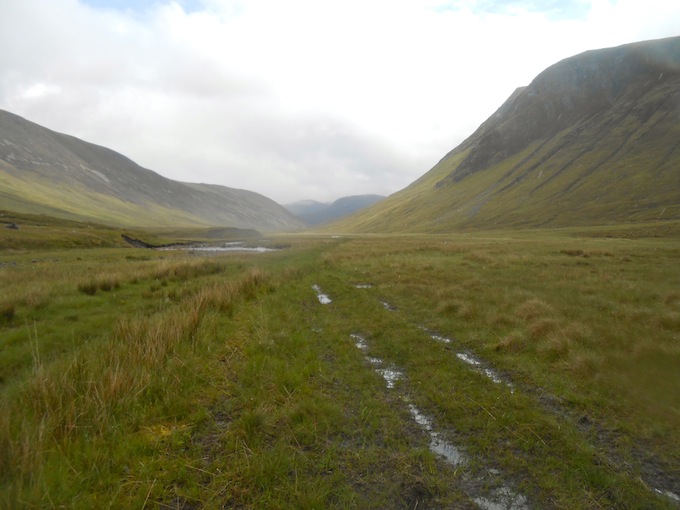 Looking west down the glen