Twenty years ago Corserine was my first hill after a year of chemotherapy so this was a strange kind of anniversary walk for me. At least this time I felt quite a bit fitter! I parked in the good parking area at the end of the single track road from Polharrow Bridge to Burnhead and set off along the forest roads (mostly hard-packed crushed stone) towards the hill in the distance. 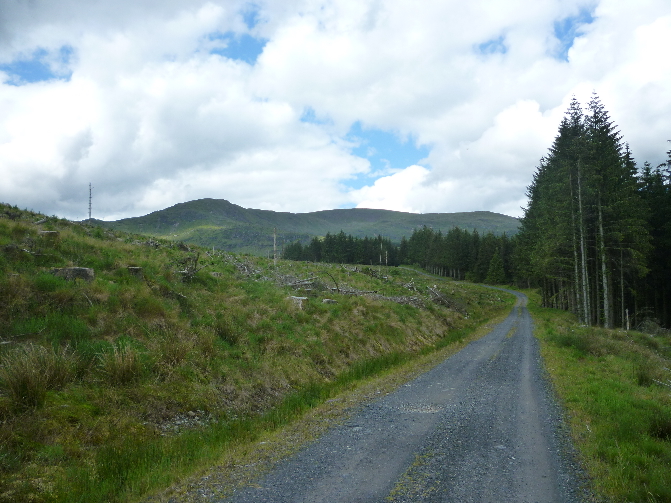 Corserine from the road past Fore Bush

I have to praise the estate for the excellent signs and waymarkers to aid walkers. I don't always like these but in the case of a start to a hill through a maze of forest tracks, they can be very useful. After a time, I came out of the forest on to the hillside where a good (ish) path led all the way to a large cairn at the edge of the very flat summit plateau. From here it was just a gentle stroll over to the trig and small cairn. From here there were great views, especially to the west over to Merrick. 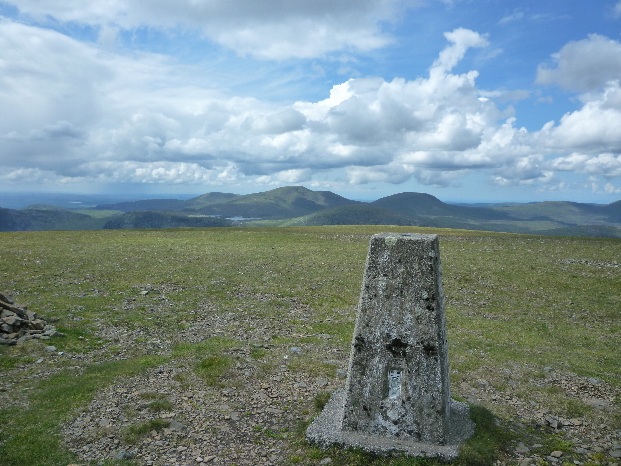 On the summit of Corserine looking over to Merrick

After a short break, I headed down to the 708m bealach between Corserine and Carlin's Cairn and went up the fairly steep slopes to reach the very large summit shelter cairn, which, fortunately wasn't required on this particular outing. 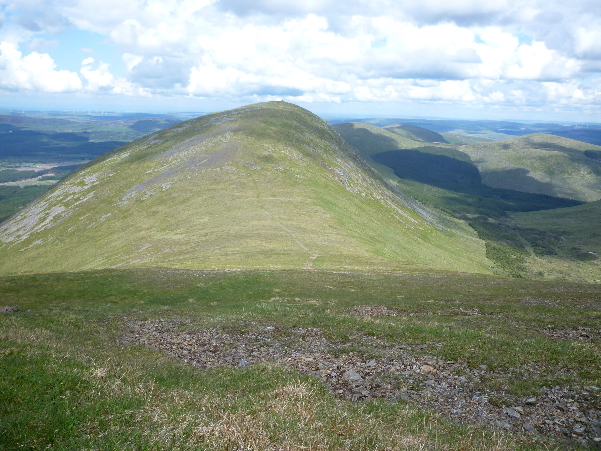 Heading down and up to Carlin's Cairn 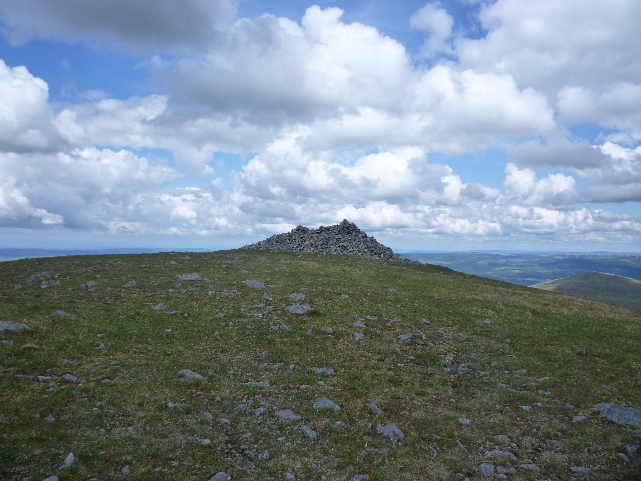 The substantial cairn on Carlin's Cairn

I must admit that I didn't really enjoy the climb back up on to the Corserine plateau - my legs were beginning to feel it a bit - but at least the descent back to the edge of the forest and the roads back to the car was pretty gentle. All in all, a most enjoyable walk.