I parked in the good car park in Glen Artney and set off west along the road to the bridge across the Water Of Ruchill. I went through the gate and followed a faint track along the east side of the river. There was a bit of an awkward crossing of the Allt Ollach (no bridge) before I started to climb up to steeper sloped of Am Beannan. 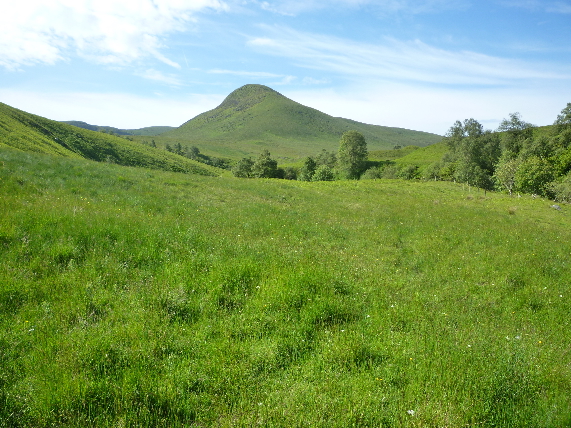 Am Beannan from the Water of Ruchill

I had been up Uamh Bheag a few winters ago so I knew to expect the steep pull up this hill - but that didn't make it any easier and it was a relief to come over the rise to see Uamh Bheag in the distance. 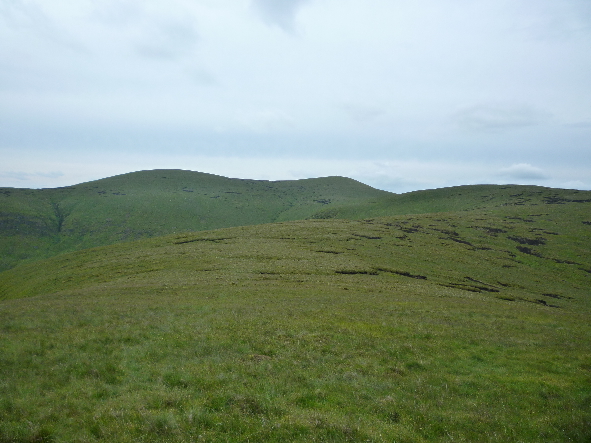 There was a faint path through the peat hags up to the fence line which led all the way to the summit, with its rather idiosyncratic cairn. 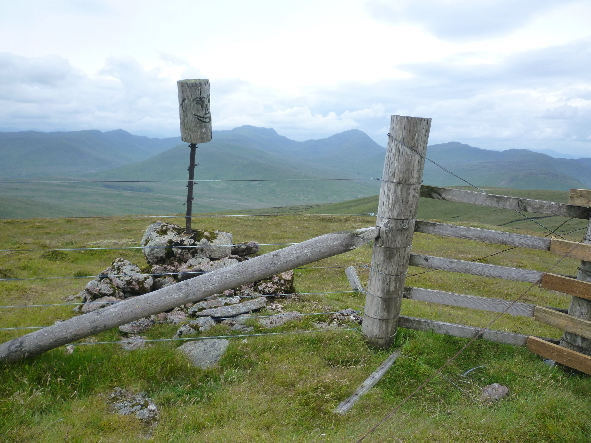 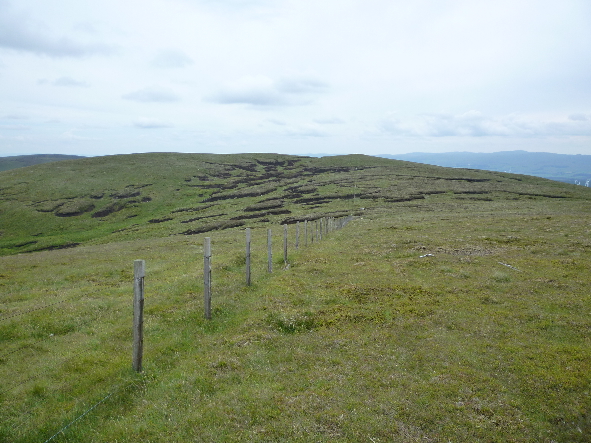 Looking over to the trig on Uamh Bheag

I pushed on, following the fence-line over to the trig to the east. Here I paused for a bit, looking over to Beinn Odhar and the numerous intervening peat hags. I didn't think I would enjoy this - and I was right. Some of the deepest and most awkward ones are in the dip near the high point of the windfarm. 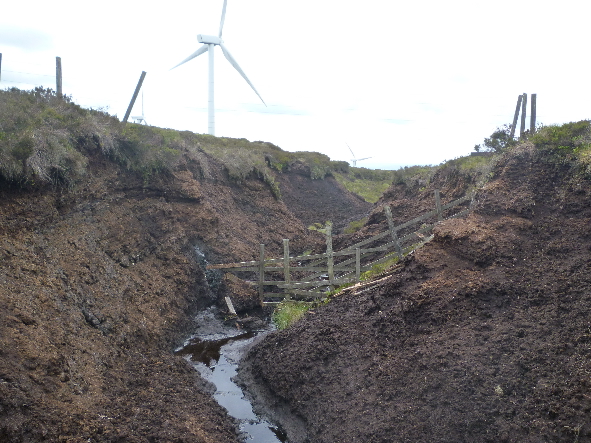 Most unpleasant. Surely after the summit of Beinn Odhar things would improve. Wrong! If anything the peat hags on the west slopes of Beinn nan Eun were worse but I managed to avoid the worst by losing some height and traversing beneath them and then following some reasonably easy grassy gullies up to the summit, where there were - yes, you've guessed it - more peat hags. 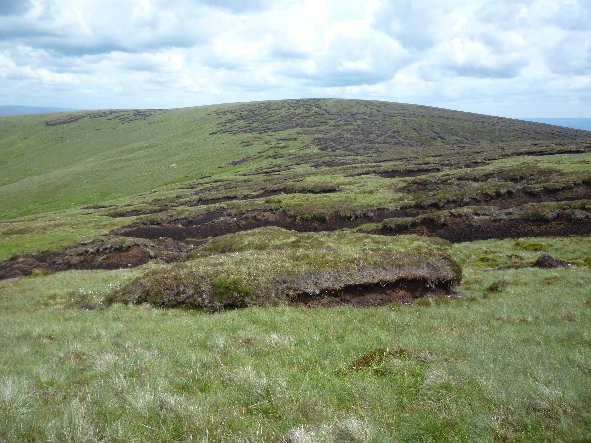 Looking over to Beinn nan Eun - with yet more peat hags 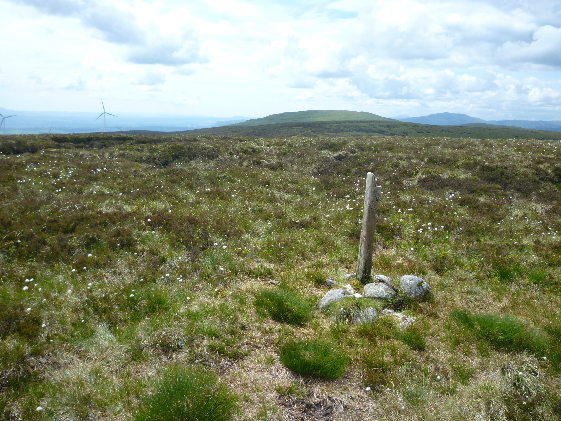 I headed down the broad NW heathery slopes and further down veered round to cross the bridge over the river in the Findhu Glen. Once across it was just a matter of following the good track back to the road and downhill to the car park. once home, my wife asked me if I had enjoyed my walk. I described it as character building.

It's been a few years now but I still remember the walk between these two hills. It wasn't a quick journey and anyone seeing my route on a map would assume I was drunk at the time.

That said, still enjoyed the day.

Your photo of the deep channel (with the turbine in the background) brought back the most memories, industrial language was used at that point

These are local hills for me- I remember that summit cairn face well! I'll probably do them again in winter and wait for favourable conditions to avoid the peat hags!