Wainwrights included on this walk: The Nab


It's a good feeling getting close to realising an ambition, we weren't planning to complete the Wainwrights, it was just a passing thought one day, a few years ago, not thinking we'd ever get anywhere near, after today we'd be one Wainwright away from that goal, how the mind changes

Its been good fun working out combinations of new ones and catch ups, in the past we'd tended to cover familiar ground doing repeat after repeat and not trying to do them a different way, deciding to "do the Wainwrights" has helped us to explore the less frequented parts of Lakeland and we've discovered that there are fells where you can wander all day and see very few people. The Nab was a bit like that, we saw about ten people while we were out and only a couple of those were close enough to say "hello" to.

Our visit to The Nab was a simple out and back walk from Hartsop, if we felt enegetic I'd planned a return over Rest Dodd.

We arrived at the little carpark in Hartsop around 08:30, it was more or less empty so our early start paid off, it was warming up nicely, the sun was out, there were a few angry looking clouds around so we hoped they wouldn't develop into anything nasty, showers were forecast but not until midday

We set off along the track heading for the filter house, there's a path that leaves this at around NY417130 just beyond a gate, this climbs alongside a wall and onto the track above, 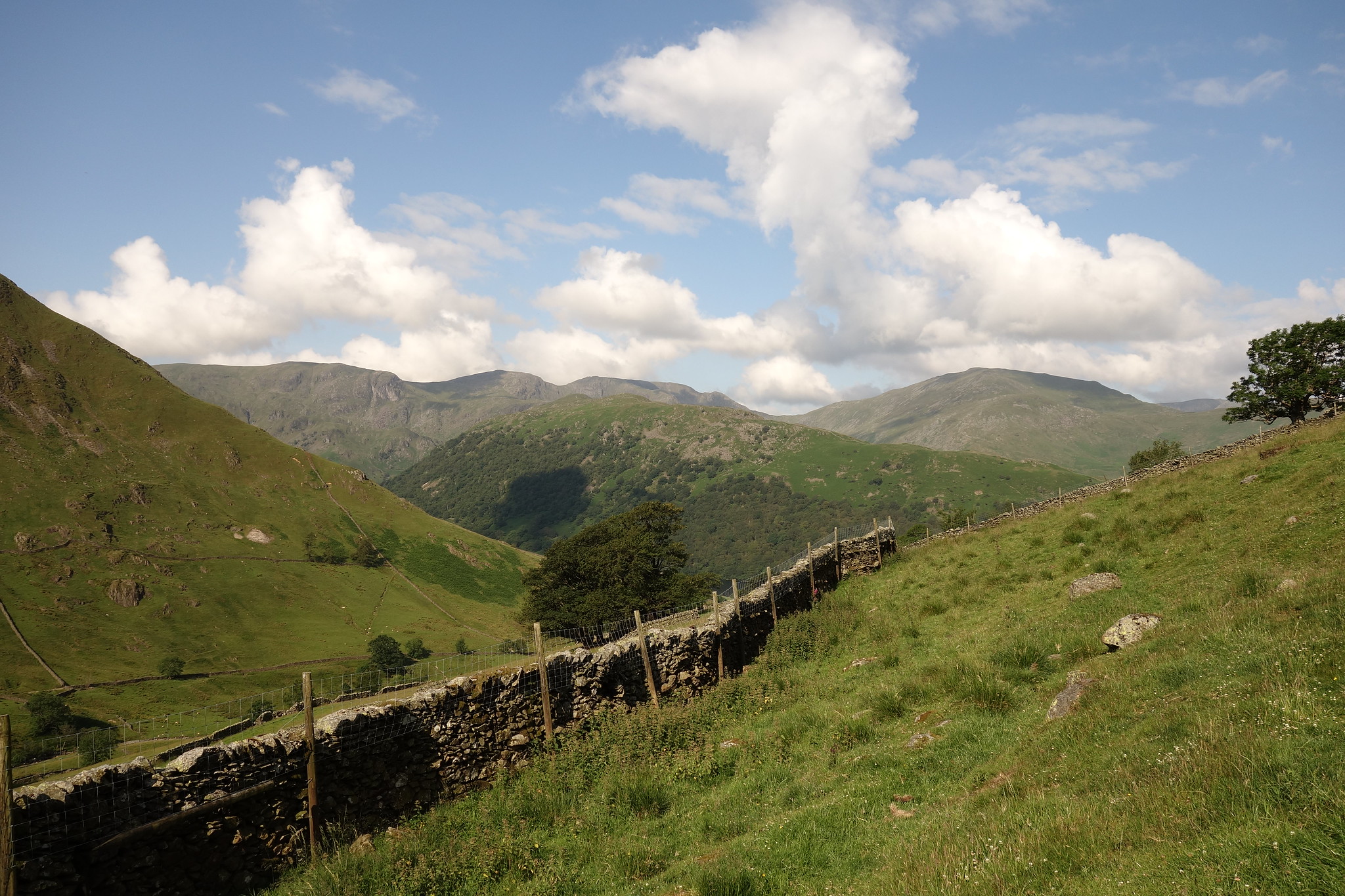 and the other way towards The Knott and Gray Crag. 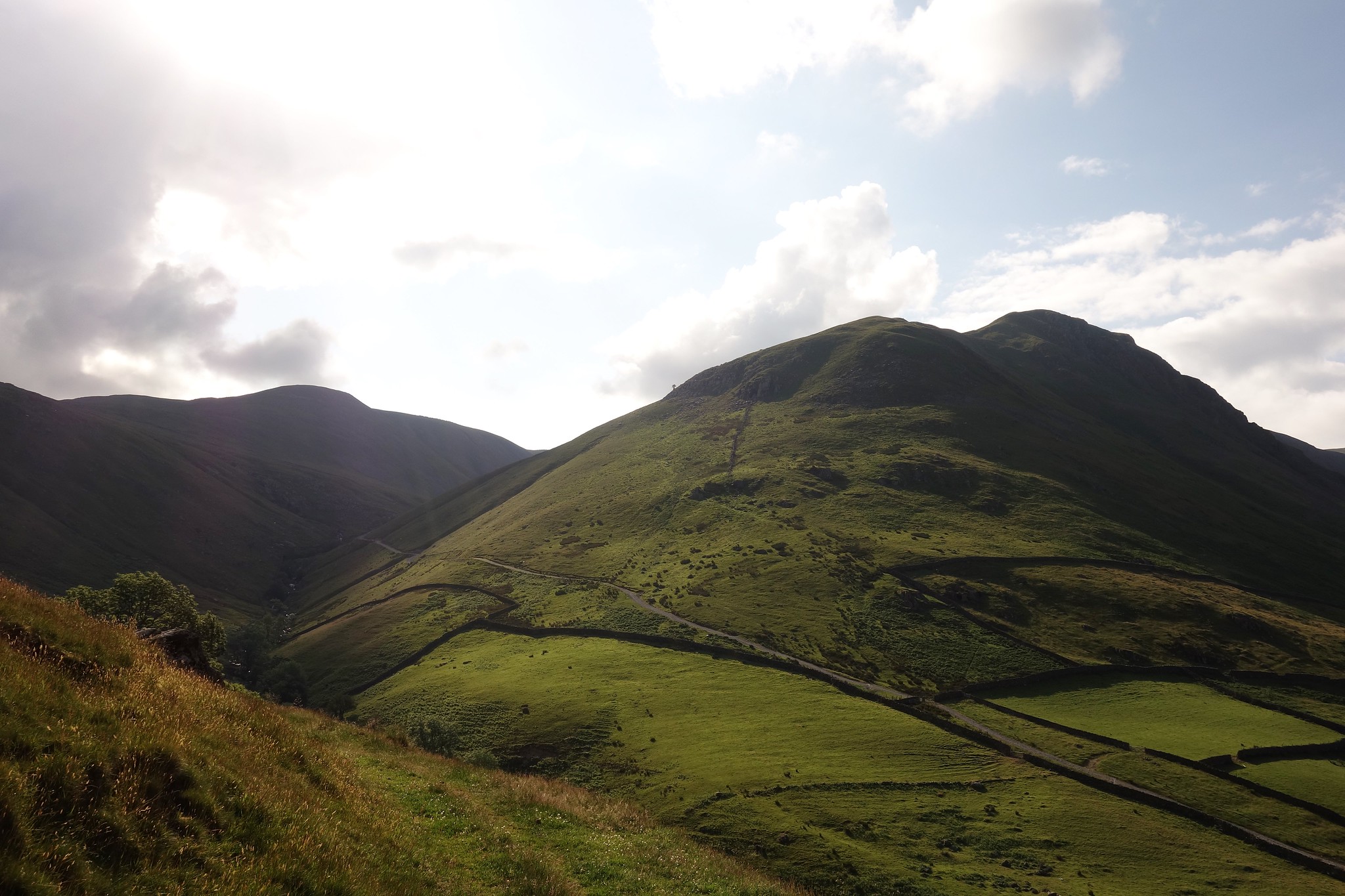 We turned left, walked about 200m to a prominent boulder which marks the start of a good path that does a rising traverse towards Calfgate Gill, it's steep but well established.

Views from halfway up. Gray Crag and Threshthwaite Cove 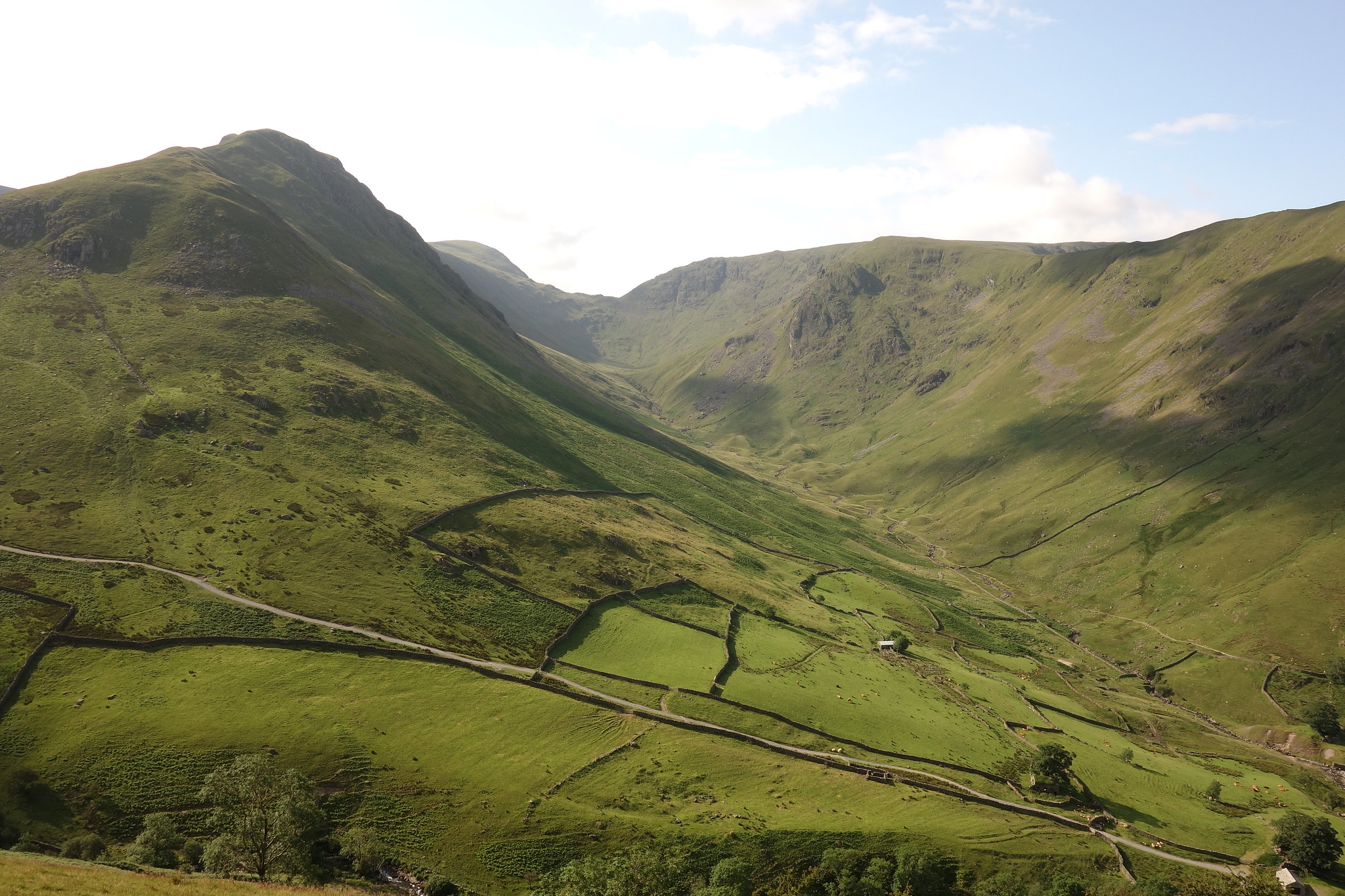 Rest Dodd and The Knott 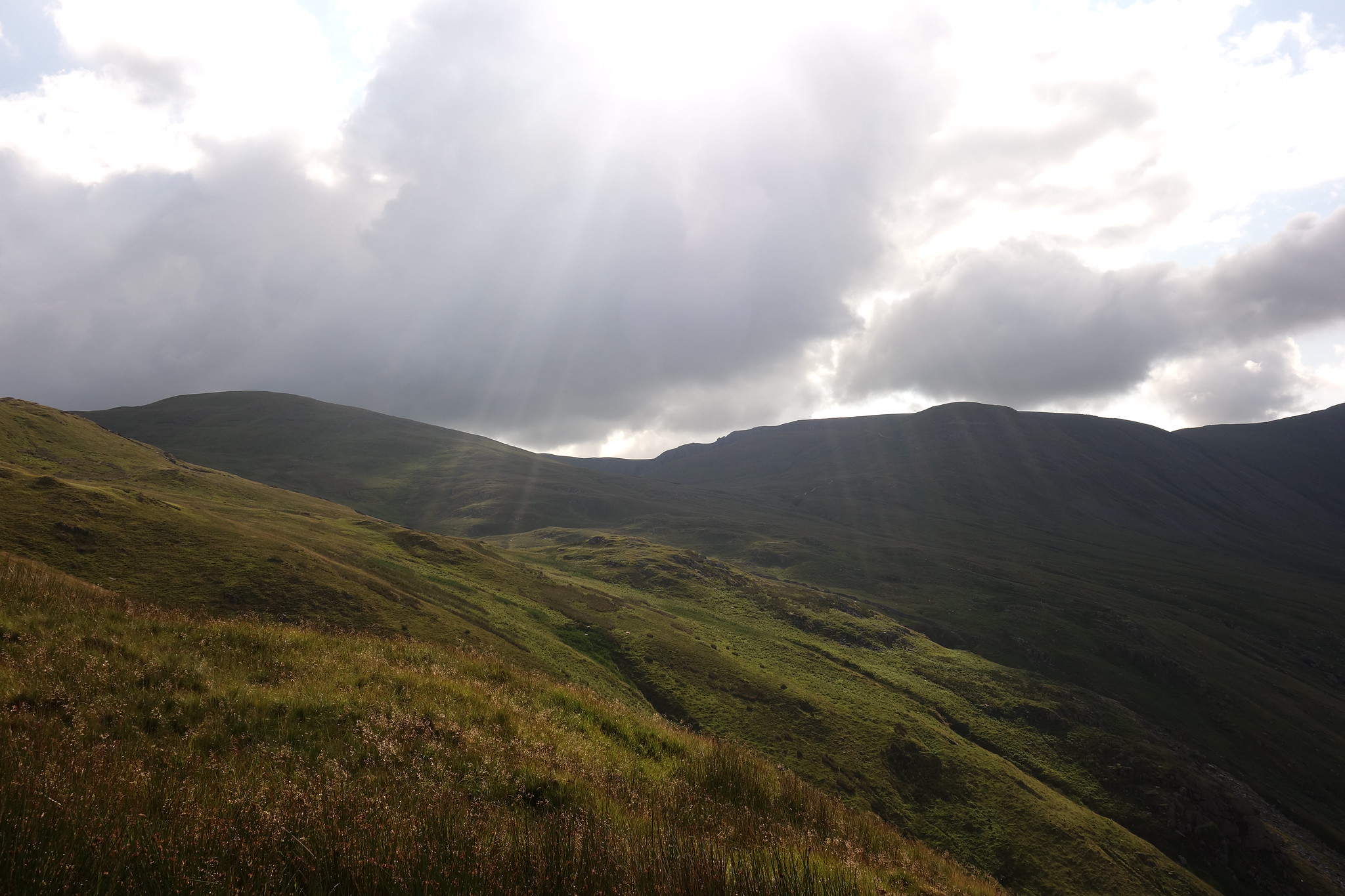 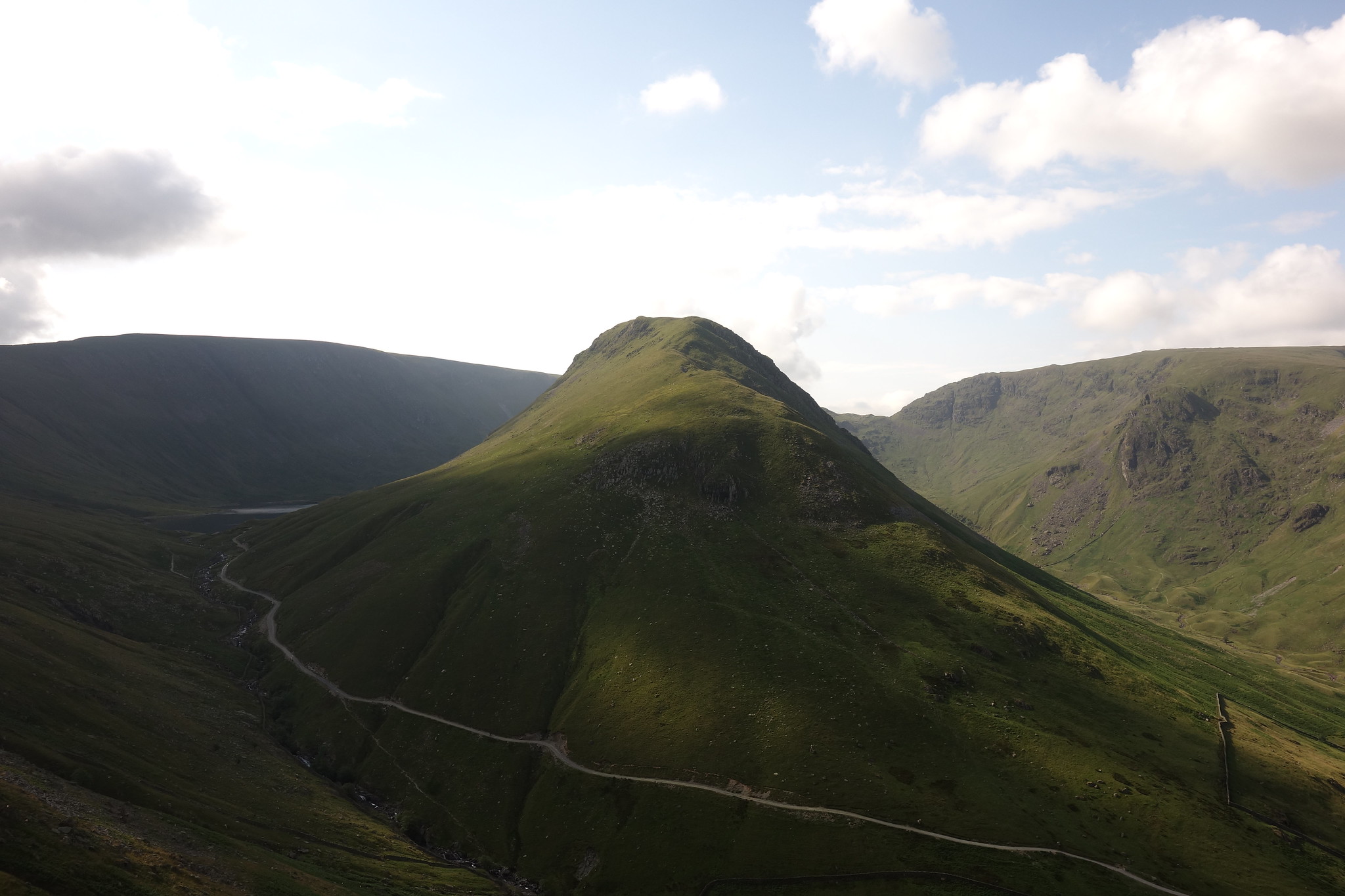 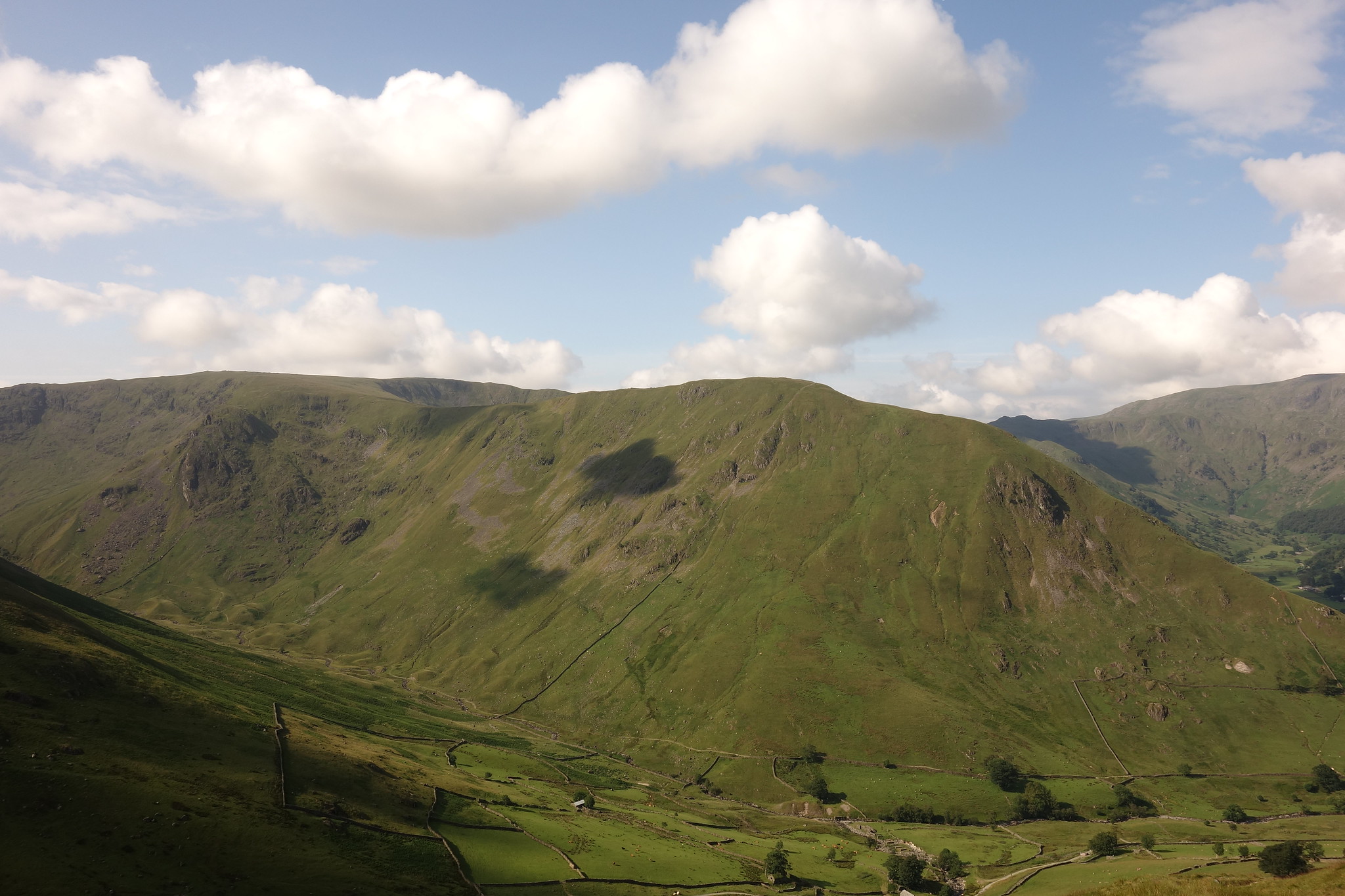 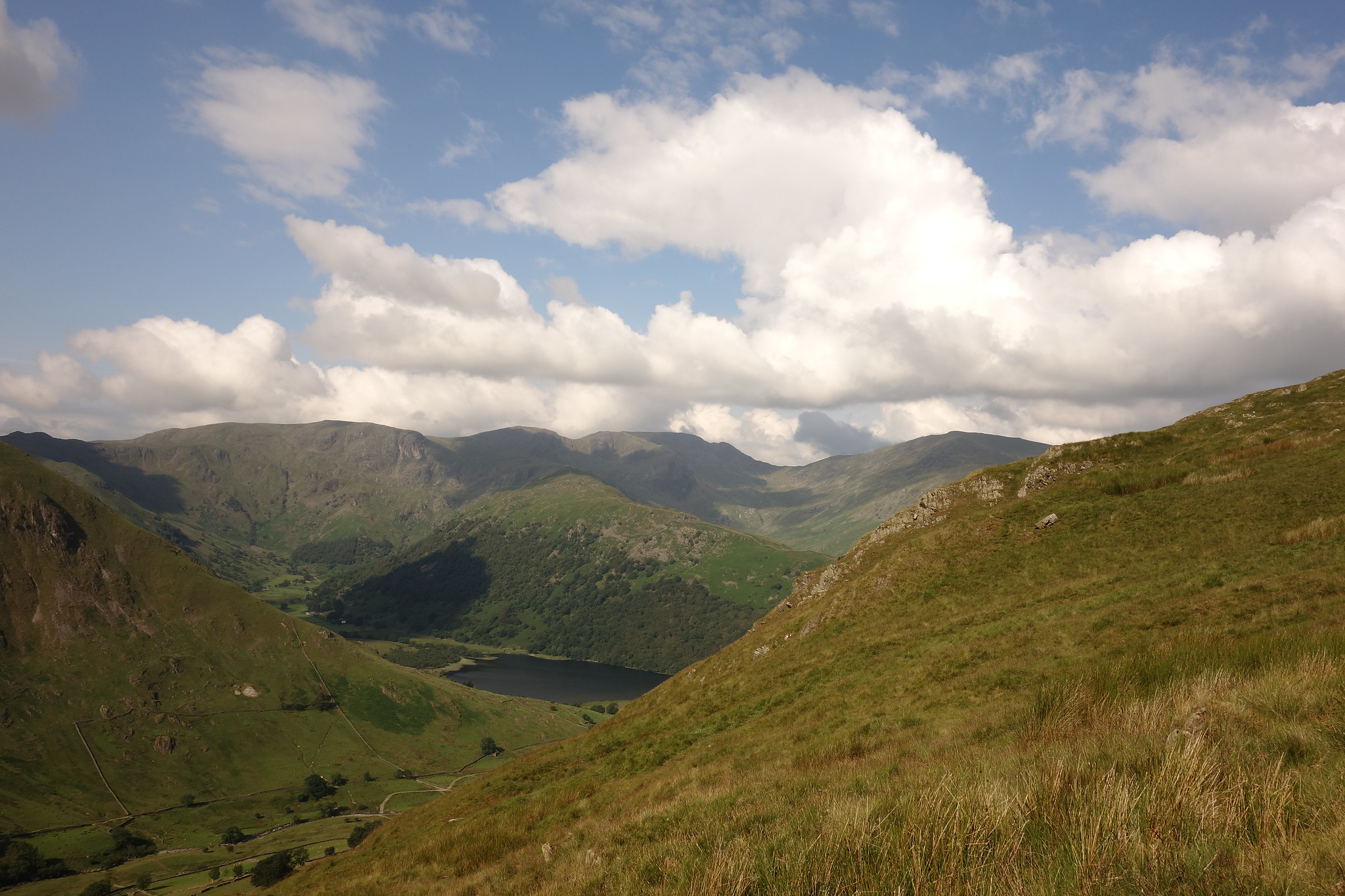 As you get closer to the Gill it swings left and takes you to a gap in the wall around NY421137 then, with a wall to your right, it takes you onto the main path from Angle Tarn just above Satura Crag, you get the first view of The Nab from here, it looks a fair way off

We turned right here, through an old gateway, about 300m further on there's a fork in the path, we went left here onto a nice grassy path and started a traverse around Rest Dodd.

This was nice easy walking on springy turf, the weather was ideal, the sheep were calling to each other, the Skylarks were twittering and the Meadow Pipettes were singing away, they always amuse us with their rising and falling call, it sounds like they're winding themselves up then running out of puff at the last moment

it was a lovely serene atmosphere.

This path leads to the wall at around NY431140 where we followed it down to a big gap and went through it.

The Nab from the gap 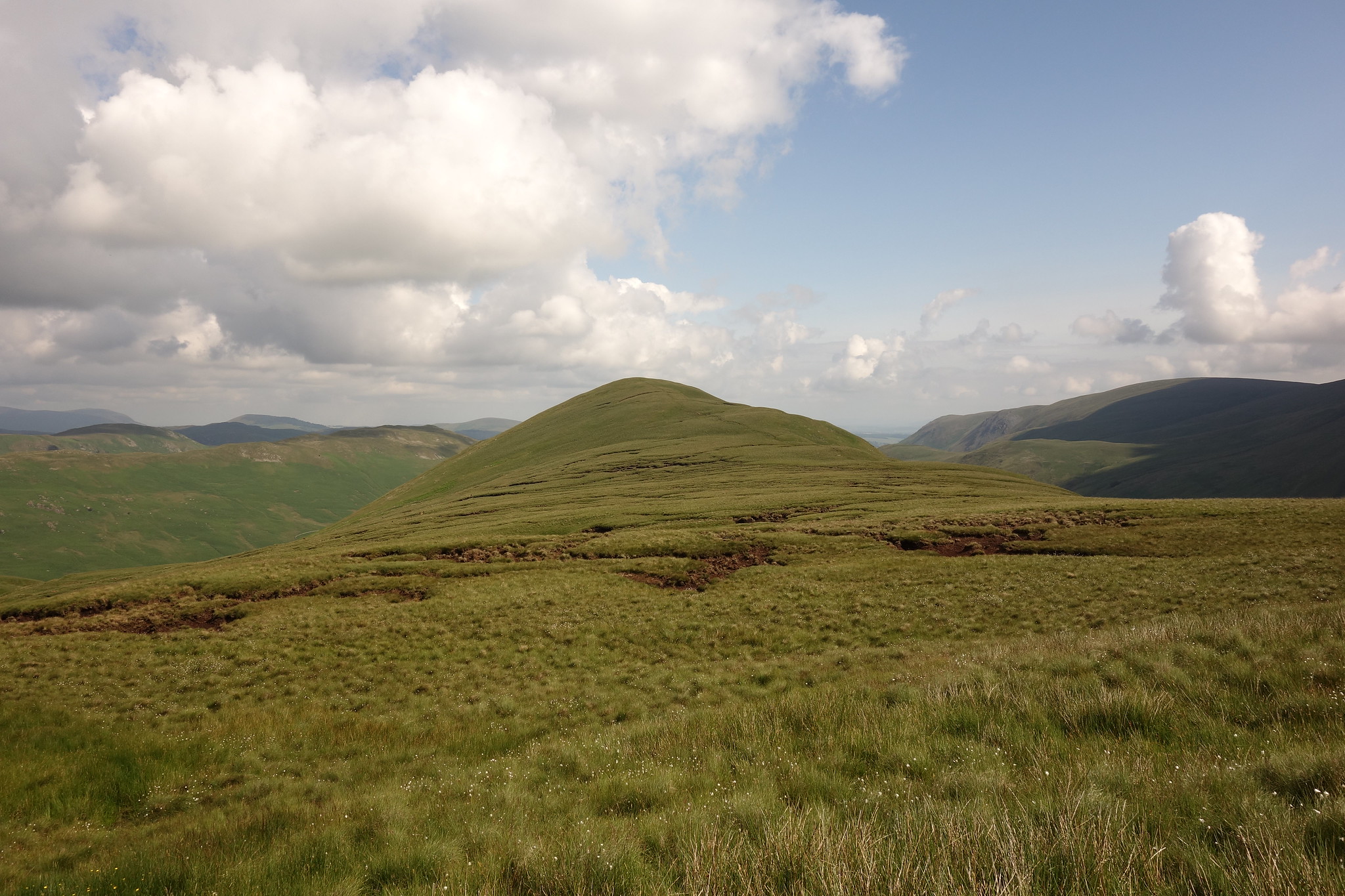 The path continues traversing and eventually meets the path coming from Rest Dodd at around NY435142. 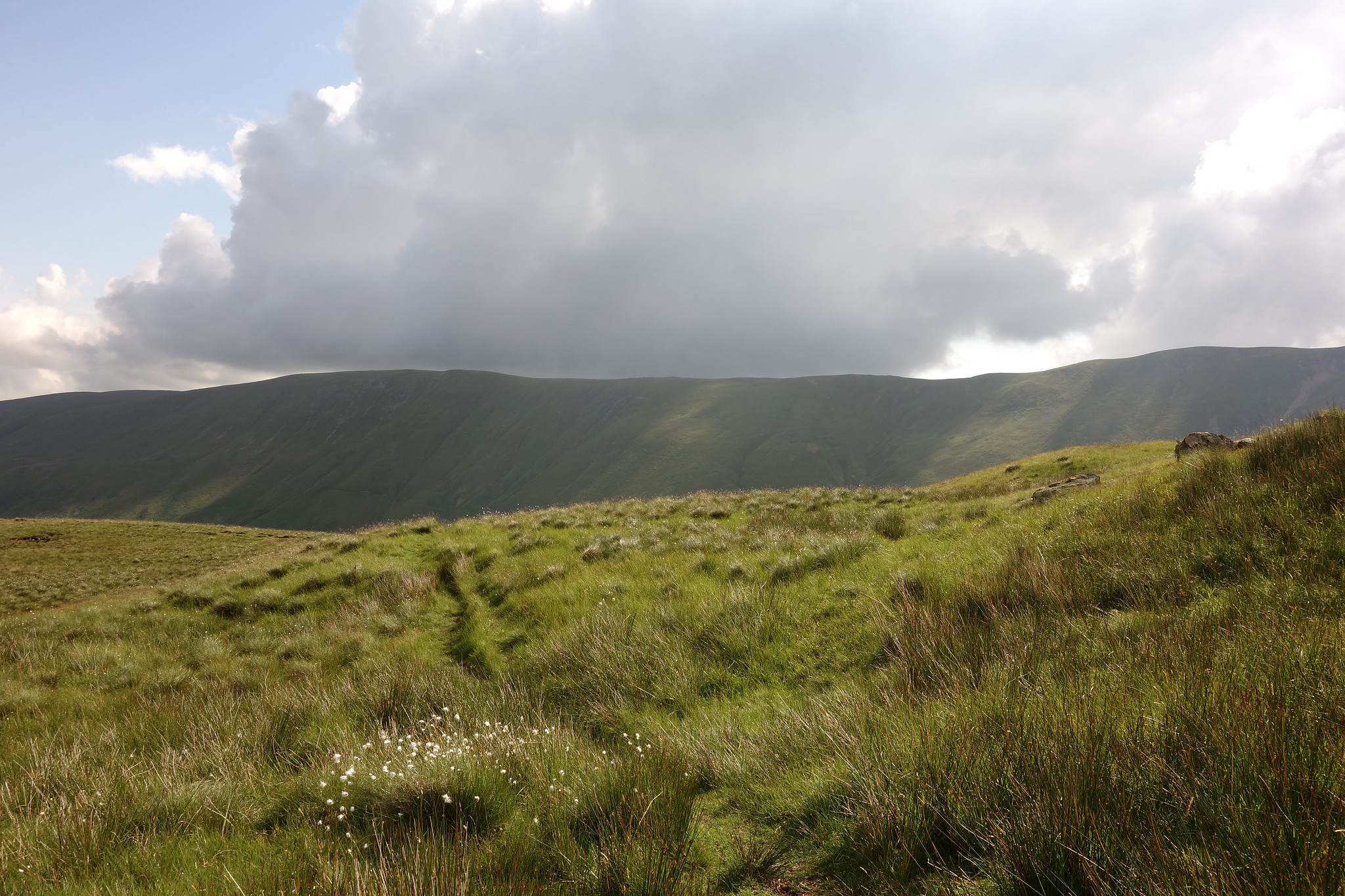 The Deer population was enjoying the sun today, everywhere we looked there were large groups of them, in the past we've struggled to see any even in October when the Stags are battling it out

It's a good job its been fairly dry of late, the walk over to The Nab was a stroll, the peat hags were bone dry so there was none of the bog hopping I'd read about

we reached the top in no time, our last but one Wainwright safely in the bag 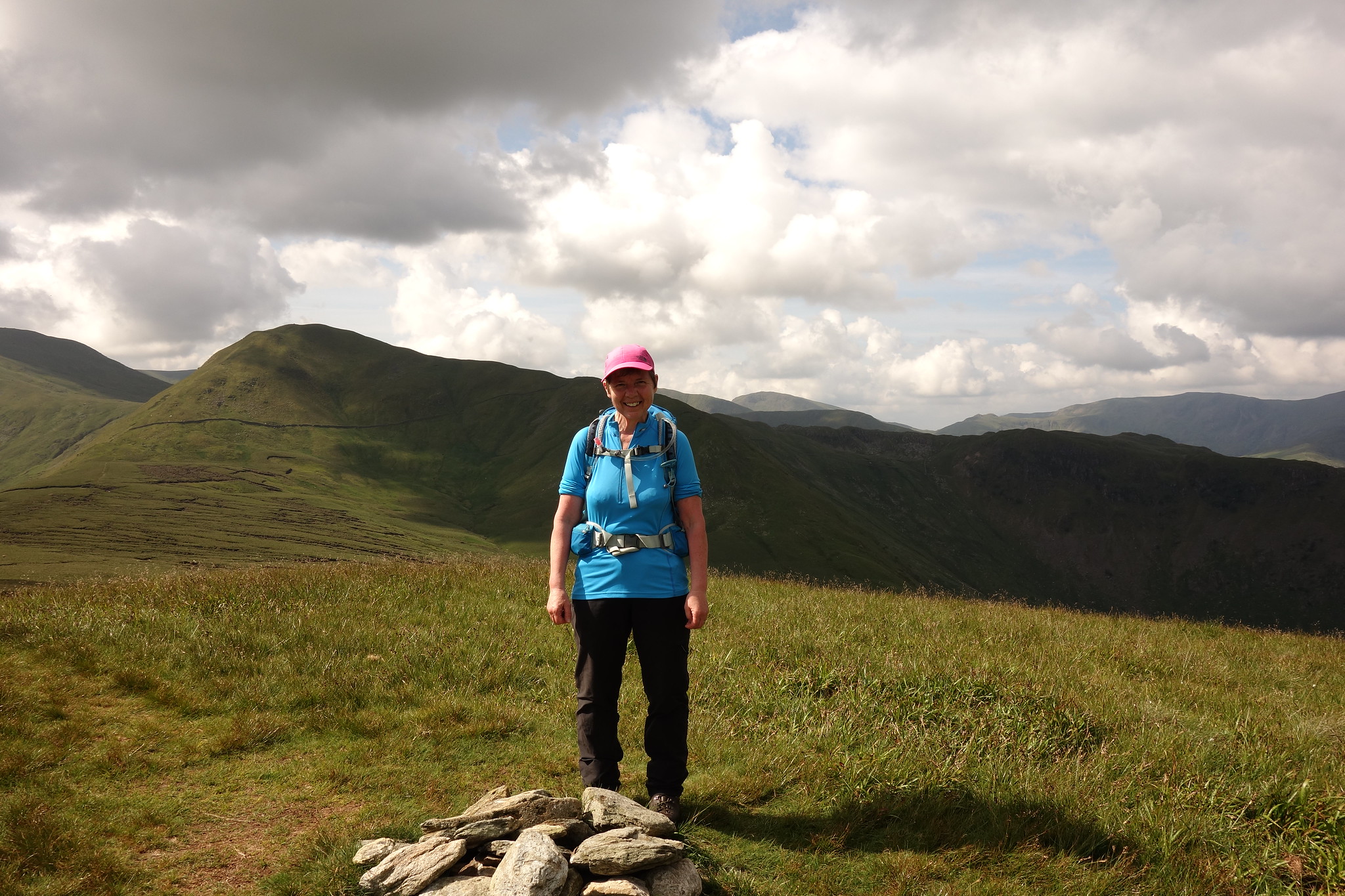 The clouds were filling in all around, above us it was clear and the sun continued to shine

I took plenty of photo's, we could see Catstyecam in the distance, looking rather conical, our last Wainwright looking interesting. 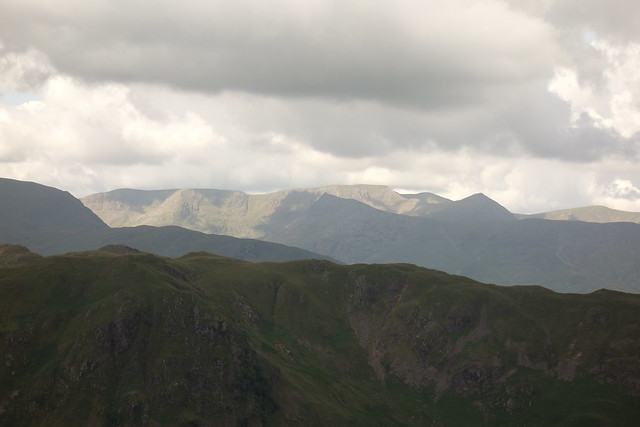 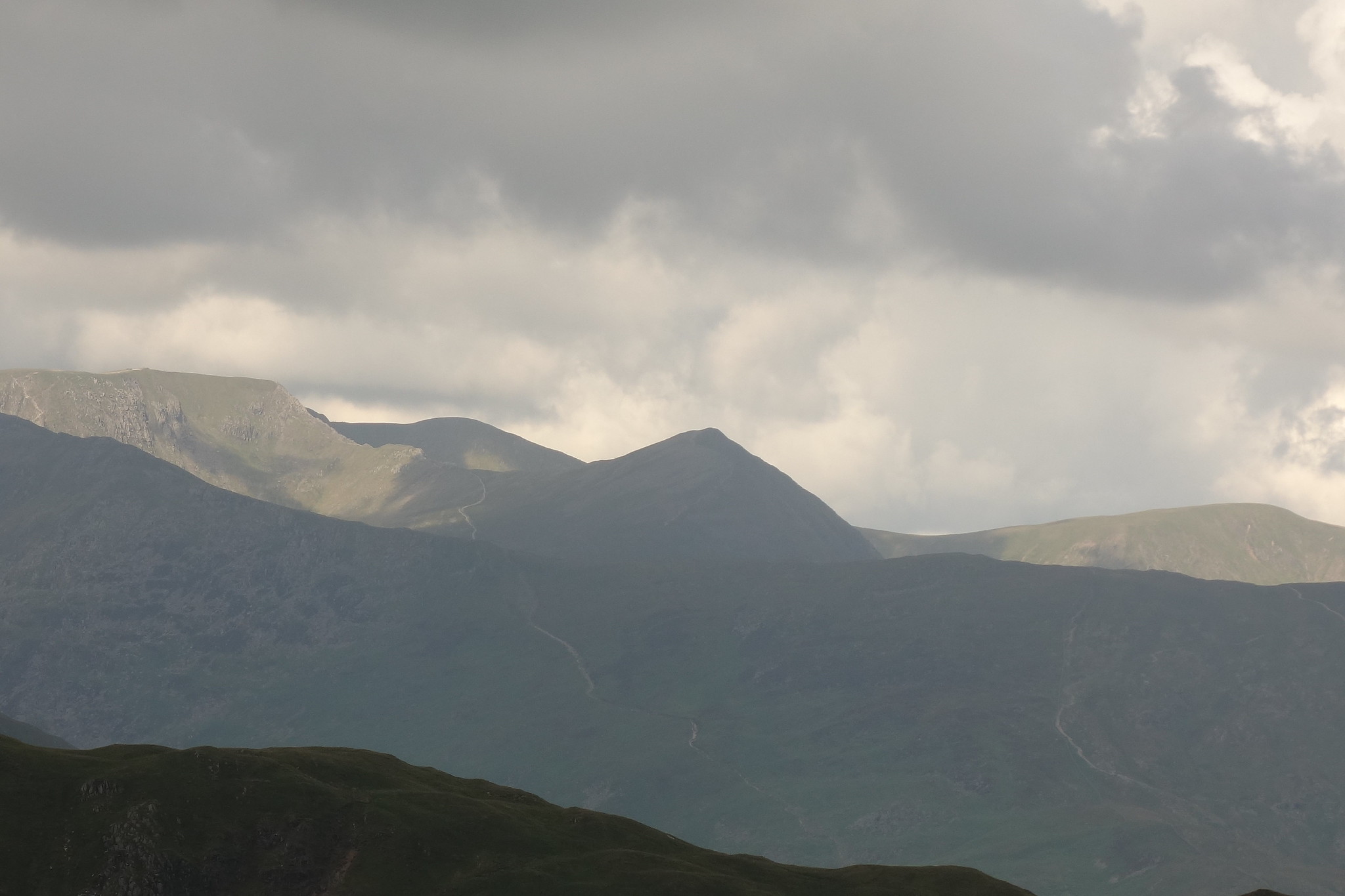 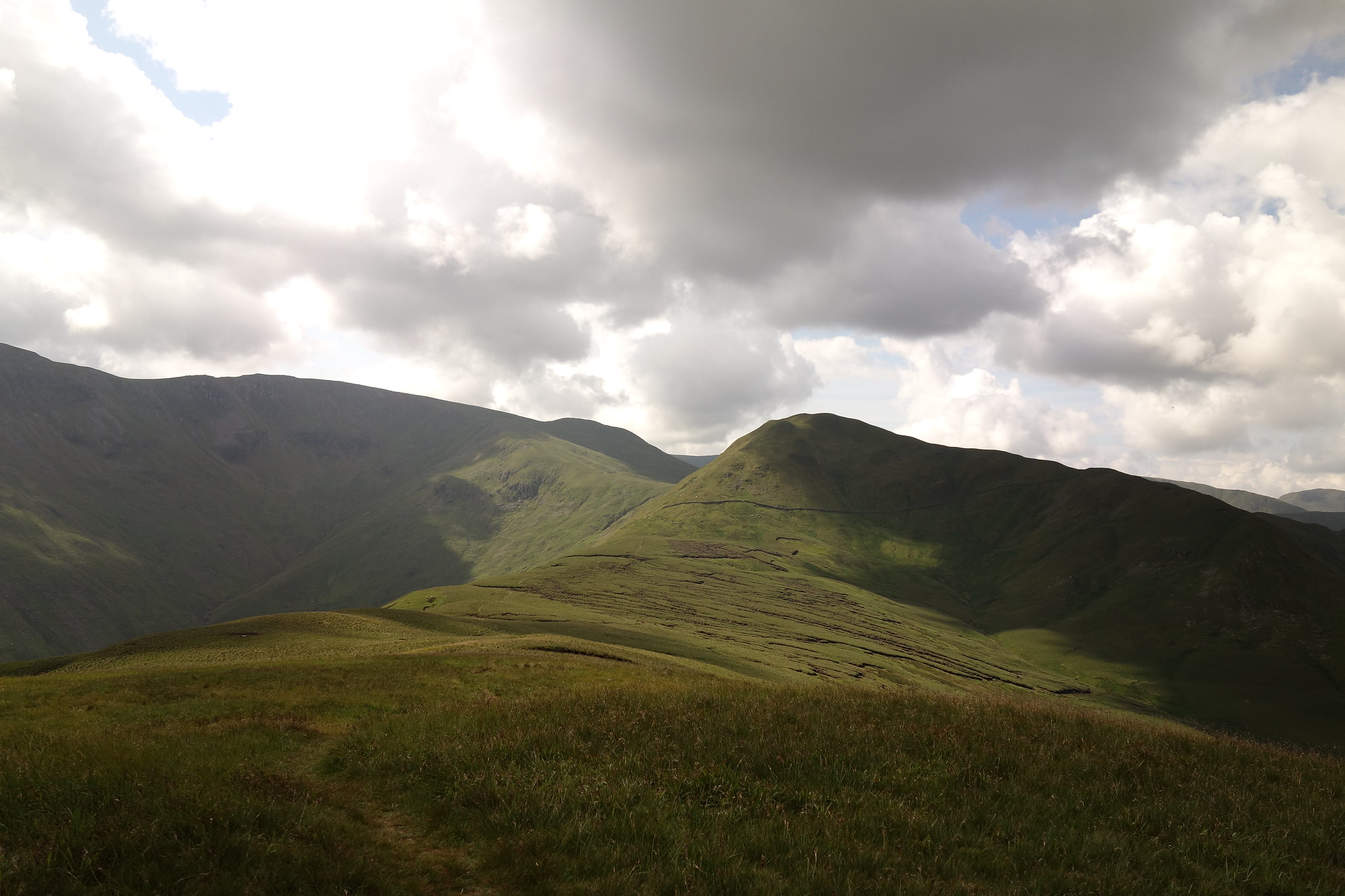 Looking over to Fairfield and St Sunday Crag over Heck Cove 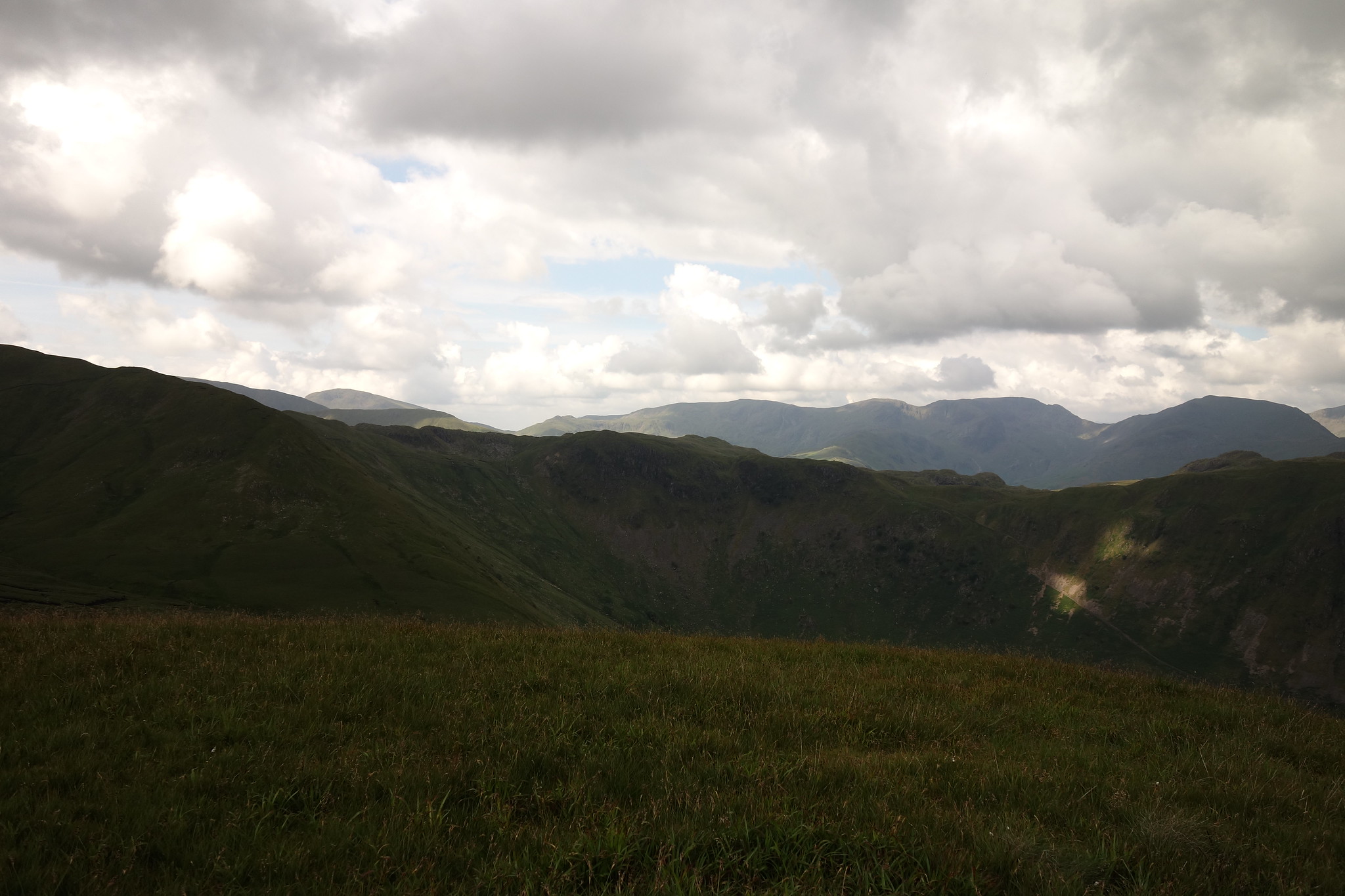 After a while we set off back, as we got closer to Rest Dodd we decided not to visit it and retraced our way by the wall and back to Hartsop. 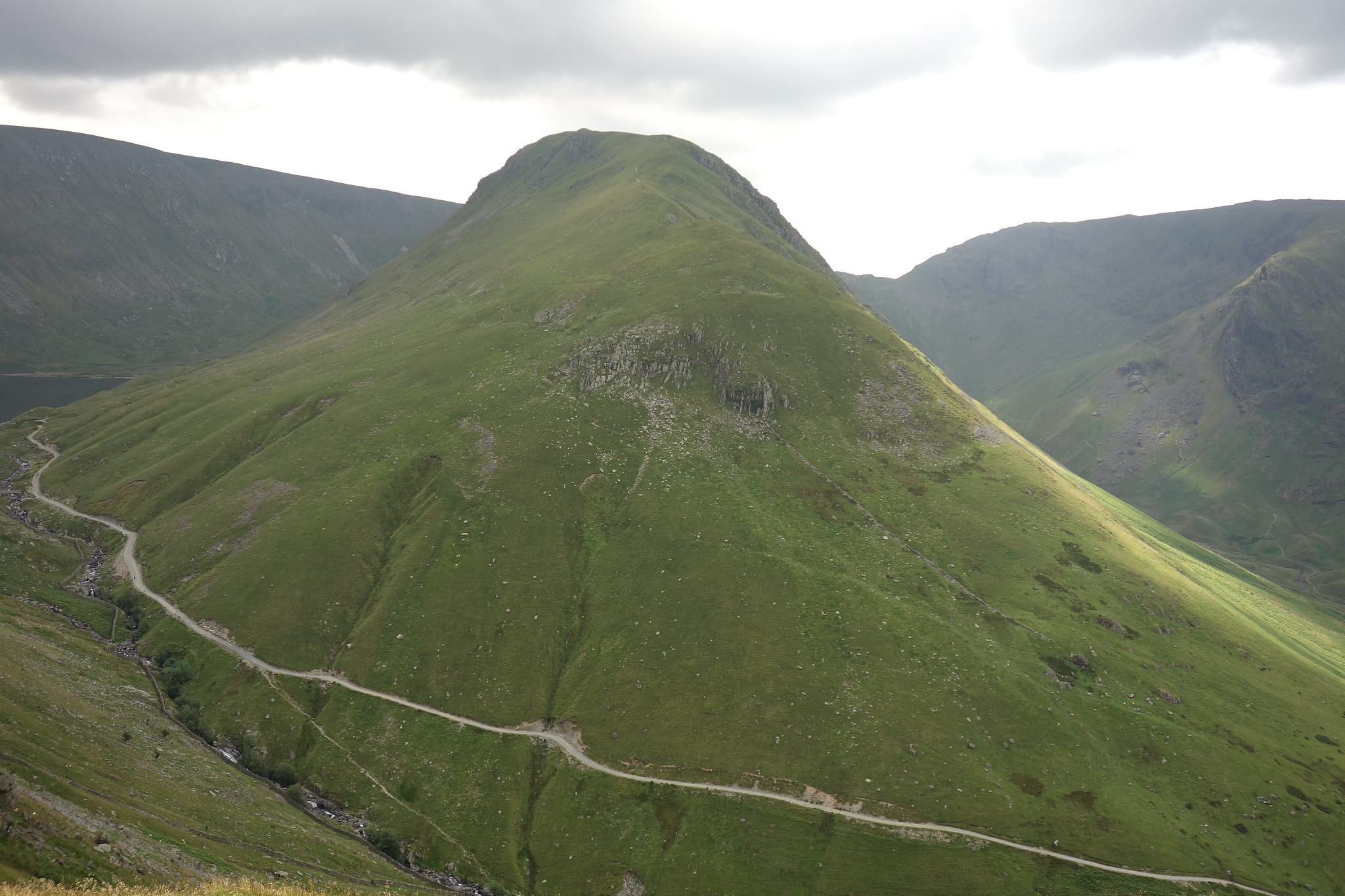 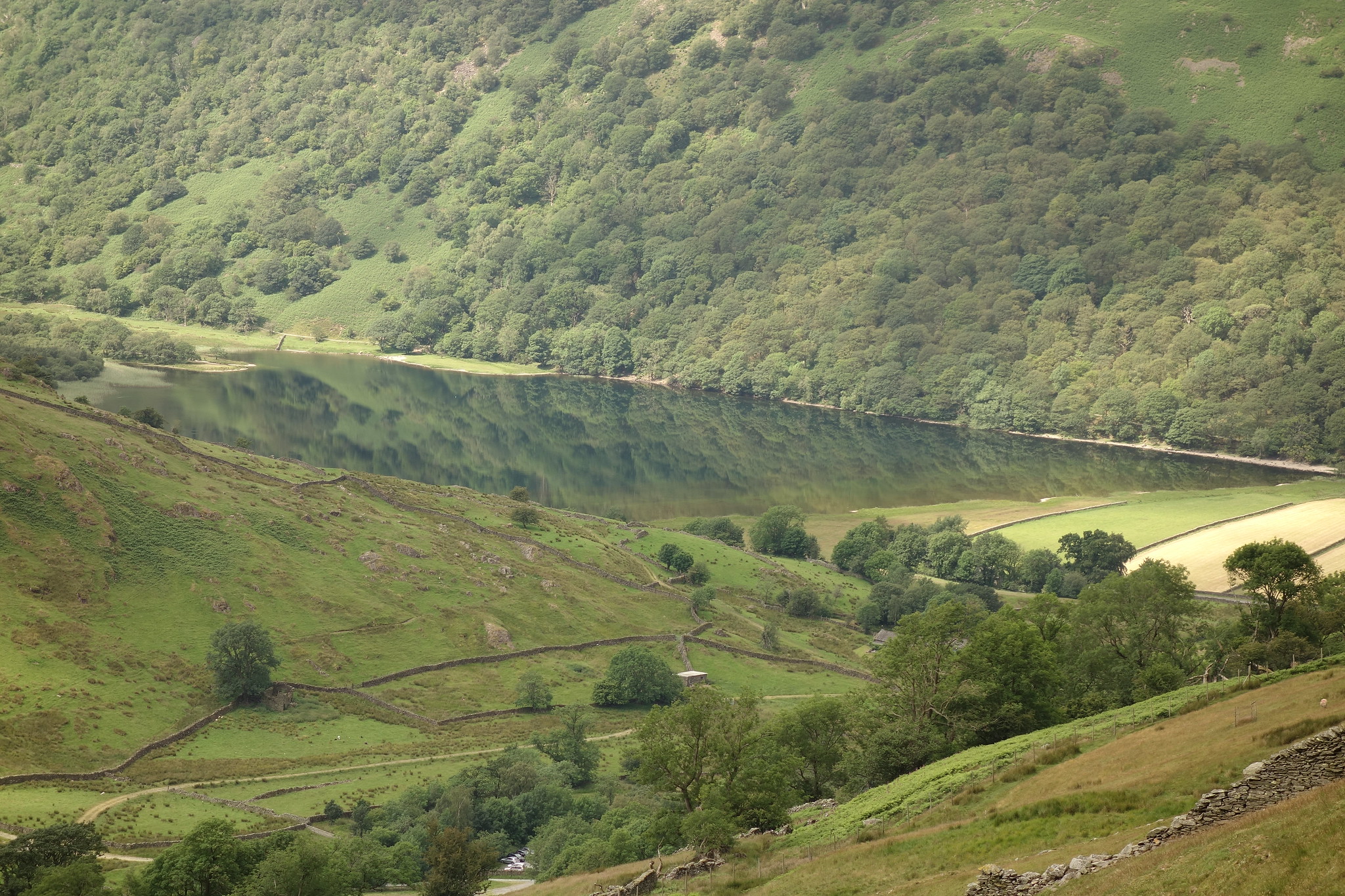 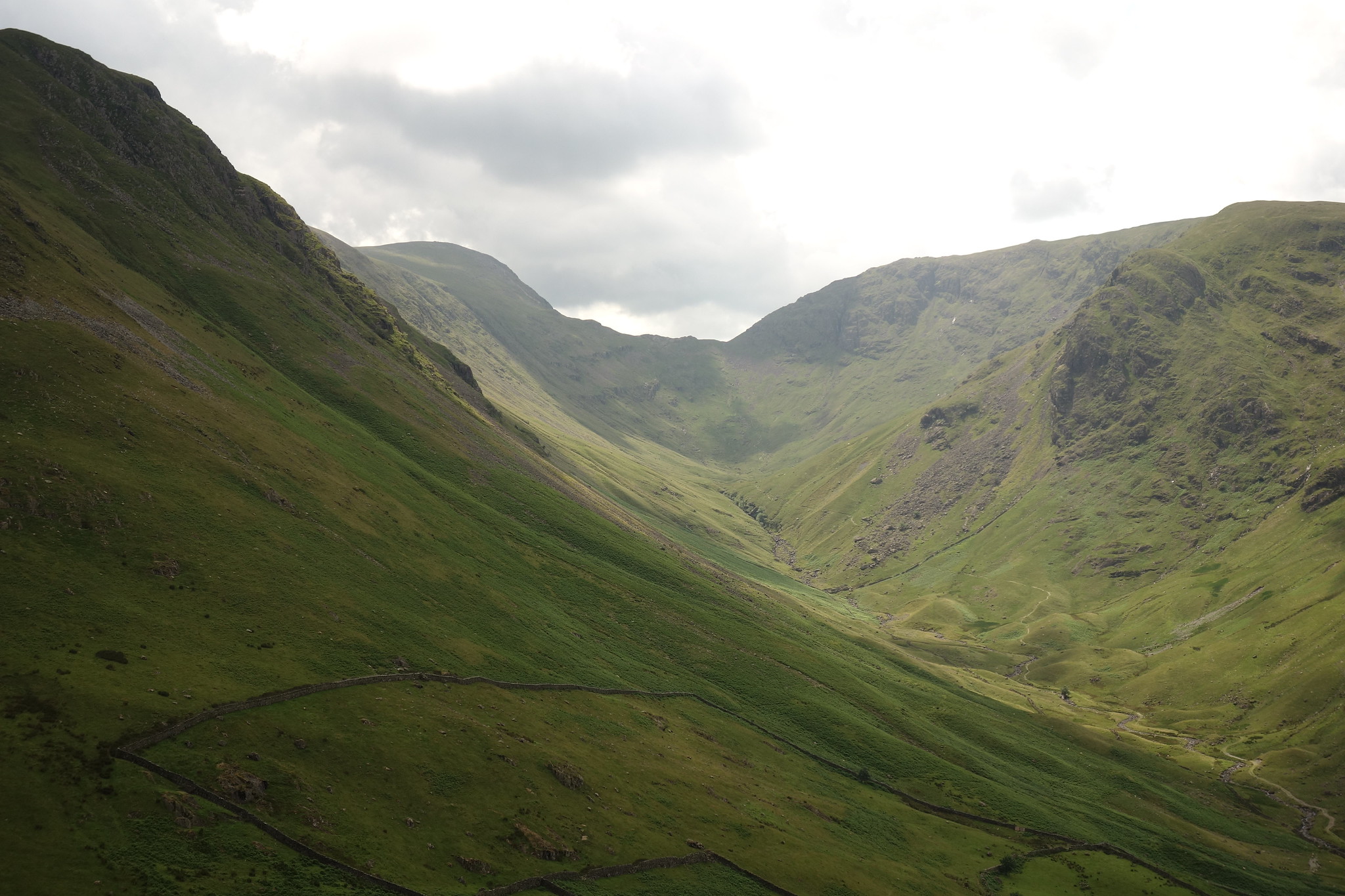 A short day out but it satisfied our needs.

So, one more to go, we're hoping for a good day in August, we'll be watching the weather closely, a nice warm day with plenty of sun, that'll be perfect

trailmasher wrote:What a nice steady day out on your penultimate and you couldn't have caught The Nab on a better day it being dry and all that as it can be a bit of a sod to walk when wet

It was a bit of a steady day wasn't it

we set out to include it on a long day in October 2013, by the time we reached Rest Dodd the light was fading so we left T'Nab for another day, whenever we've planned to do it since, something's always cropped up to stop us

we wanted to make sure this time

It's done now, roll on Catstycam