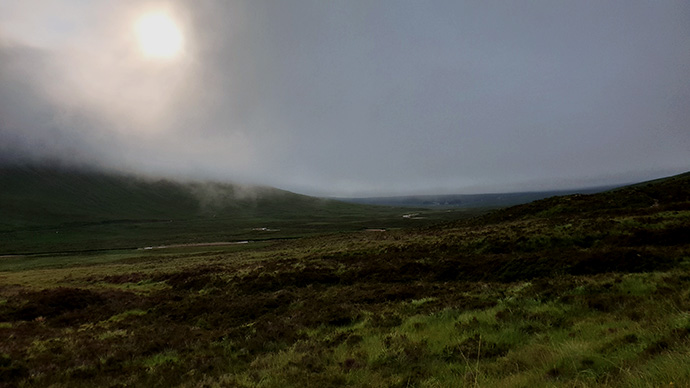 This is probably one of the most, if not the most, recognised and iconic mountains of Scotland. It is a mountain that I have passed many times and always said to myself "I'm going to climb that one day" and that day finally came!
The day started off around 07:30 on a weekday to avoid the tourist hordes and I was lucky enough to be the only person parked at the Langangarbh carpark. My weather forecast checking the night before said that there would be a low mist that would clear around 12:00. Having never grabbed a Munro summit view to date I was happy eager to see the possible views. Just like those you see online... are they actually real? 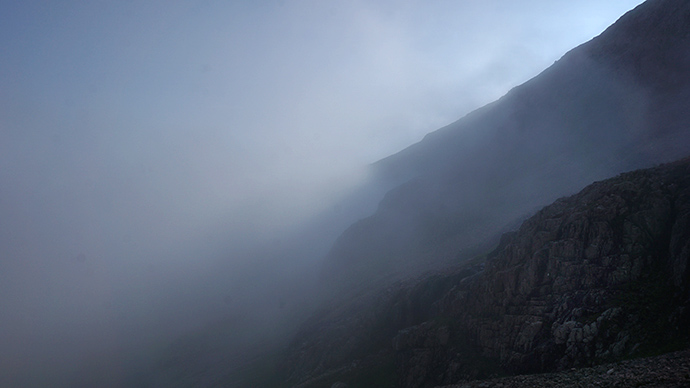 The climb quickly leads onto boulders, scree and loose rock which did give me a few frights when crossing points or stepping to higher ledges. Because there is such size differences in the rocks, when I pressed down to take a bigger step I had the ground either slip away from where I had been or move where I was going. The result was some Indiana Jones style rock fall, so just be aware if you are climbing as part of a group behind each other. 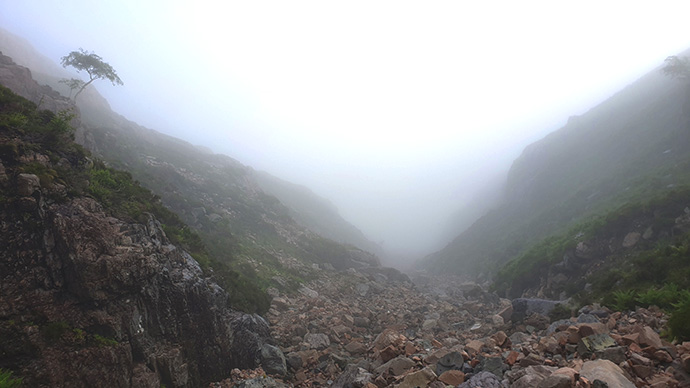 Looking back down Coire na Tulaich

You reach the ridge line of The Buachaille around 900m, at which point you turn left (south east) and begin the final climb to the summit of that iconic mountain, Stob Dearg. Sadly for me I was greeted with dense cloud so I chose to wait a short twenty minutes to see if it would burn off and hopefully be rewarded with the views of Rannoch Moor. 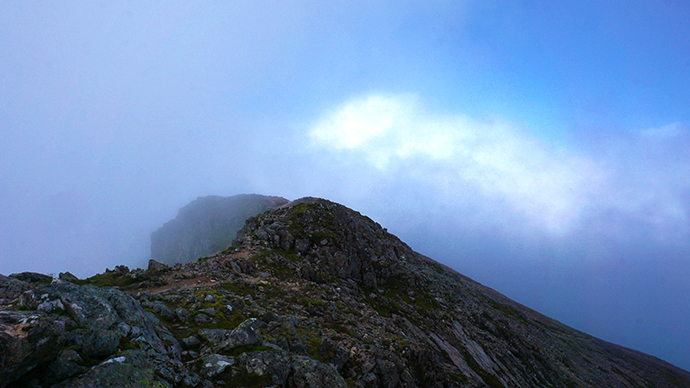 My views on Stob Dearg Looking down to Langangarbh cottage

I almost burst! The views that I had been looking for were finally starting to happen. Of the four previous Munros that I had climbed, this was the first that gave me a view. The others were covered in clouds, driving rain or mist.

The window back down to the Langangarbh cottage quickly closed but having that view and seeing just how high I actually was gave me a great boost to press on down and towards Stob na Broige. By the time I had reached the bealach that I originally entered at 900m I could see back up to the summit of Stob Dearg and was now being showered with glimpses of views across the famous Glencoe range. On the bealach looking towards Stob Dearg summit

I hung around on the bealach watching the clouds come and go, each time revealing a new frame of mountains. The clouds came in again which was my signal to stop dithering and press on over Stob na Doire which lies between the two Munros. As I neared the summit of Stob na Doire the clouds really began to clear and I now had 360° views of Glencoe, Glen Etive and Rannoch Moor! Absolutely stunning! The steep pull to Stob na Doire didn’t really seem like much as I was so pumped from the views that were opening around me. Looking down I could see teeny tiny walkers making their way along the path between Buachaille Etive Mòr and Buachaille Etive Beag, toy cars running along the famous Glen Etive, looking for James Bond’s spot no doubt, and out across to Loch Etive. I honestly couldn’t have wished for more. 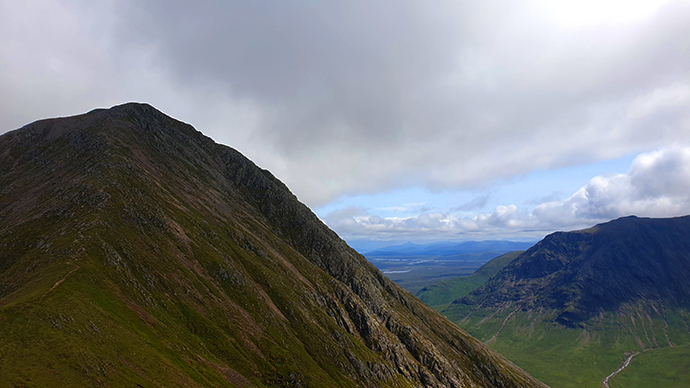 After a quick water and peanut snack refreshment I pushed down the steep western side of Stob na Doire, across the ridge and within no time at all I was nearing the summit of the second Munro of the day… Stob na Broige! From a misty start at the beginning of the day I was now under a thin veil of cloud and could feel the sun beginning to toast me as I neared the end. The final pull up Stob na Broige rewarded me with simply amazing views down to Glen Etive in the west, Buachaille Etive Beag to the north, Rannoch Moor to the south east and the route which I had just travelled to the east. The best part for me was that I had the summit all to myself to enjoy. Finally, a Munro summit with views and it was all mine! Mine I tell you! From Stob na Broige back to Stob Dearg

I took a number of snaps and recorded some footage for one of my wee vlogs before packing everything away and simply taking in the views. A glorious fifteen minutes of solitude, views and just simple time to relax. One final look at the views and then I headed back towards Stob na Doire before turning north down the Coire Altruim path which leads nicely to the Lairig Gartain track. The level walk back to the car was welcome by this point as I had been going for around seven hours but even down here, the views looking back up to both Buachailles was simply magnificent.

Another two Munros in the bag, taking my total to five, and some of the greatest views I have ever witnessed while hillwalking.