With work/life balance being more work and less life for a while, this was to be our first outing in months. So my brother and I decided to make it a good one and take a trip up Curved Ridge which neither of us had been up before, and descend by Great Gully Buttress which we'd scrambled up together one dark, damp, frosty January morning.

But just 2 days before the trip, my brother had some urgent business come up which meant it had to be cancelled... and we were gutted. Absolutely gutted!

Fast forward 2 days later and I instinctively woke early - about 4'ish, and sat thinking for a while. I picked up the phone and called my brother- but sent a text beforehand which simply read Curved Ridge? Now the business he had going on didn't seem particularly pleasant so I was expecting him either not to answer and get angry later, or answer and get angry now. But to my surprise, and to his credit, he answered and said- 'beats sitting about the house I suppose... ok, let's go'

On our way towards the route, we met a guy at the waterslab who seemed to be traveling alone. We met him again a bit further up the scree slope so invited him to join us - he accepted, and it was brilliant. He was really fantastic and we had some great chats and it was just a real pleasure having him join us for the whole route up and down. Afterwards we went to the Kingshouse for a wee drink and have kept in touch since. We'll be joining later this month to do the Aonach Eagach and the Chancellor again

And here's a video edit of what else happened on the day. I hope you enjoy it.

FAIR WARNING!! Curved Ridge is not for everyone. It is generally regarded as a bit more serious than simply bagging the summit. However, if anyone is intrigued yet still has some doubts, I'll say this- So long as the route is tackled in good weather conditions with people you know are competent, and you arrive at the start of the route with a decent amount of energy left in the tank (it's a fair wee scramble to get to the start), then it's certainly doable, and possibly even enjoyable. Also, finding the start of the route is a challenge in itself, so do your homework! 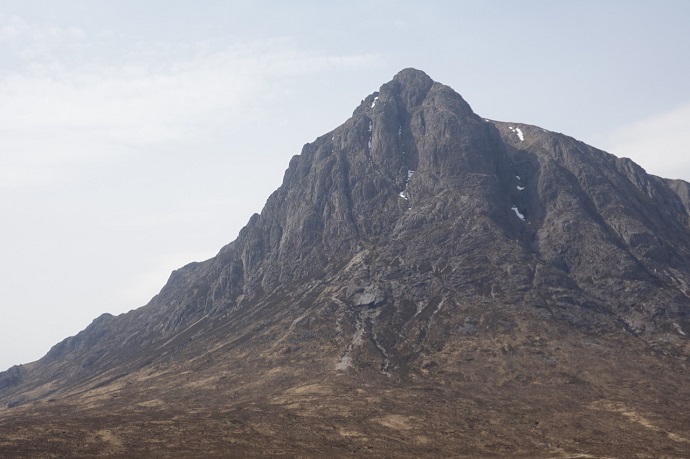 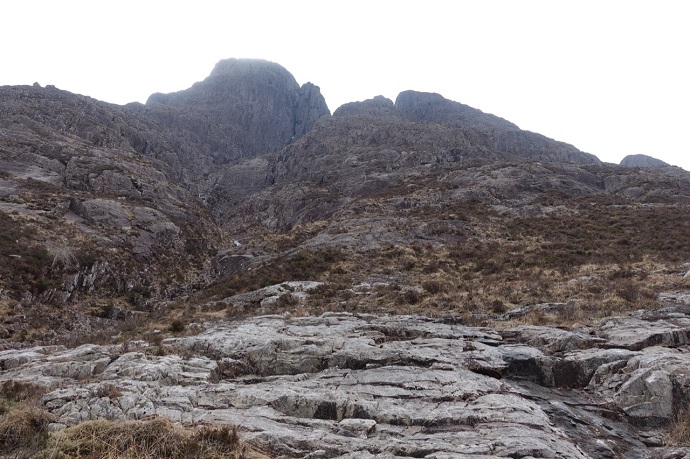 Views on the short walk in - a look up towards Great Gully. North Buttress prominent, and Great Gully Buttress, our descent route, to it's right (centre) 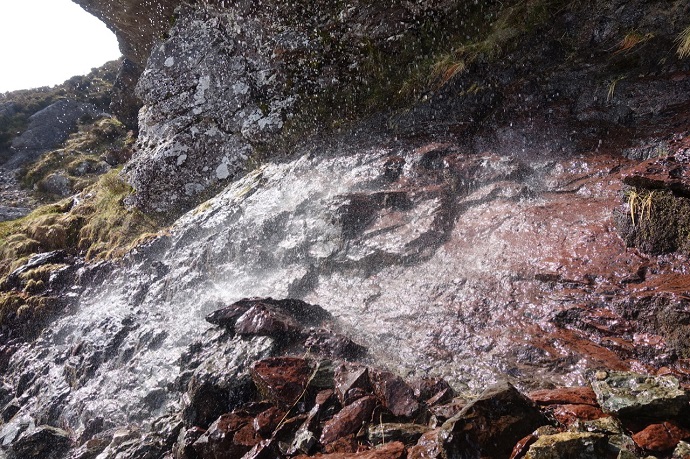 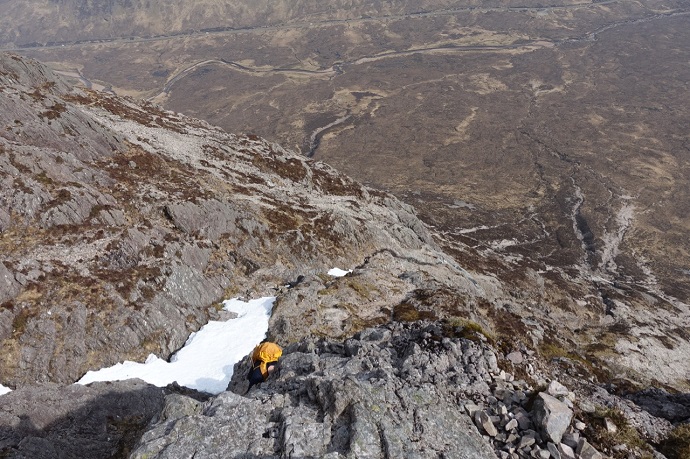 Coming up the first section of Curved Ridge Just chilling on the crux. Big smiles. What a difference a day makes! A great view of the top of the route, ruined by a couple of numpties Getting down Great Gully Buttress, on our way to the pub

Nice one; a top notch scramble.

Are you still planning to do Agag's? You maybe got a good look at it from CR?

Are you still planning to do Agag's? You maybe got a good look at it from CR?

Hi dav2930. I certainly am mate. And I did get a really good look at Agags too, thanks.

I actually did Curved Ridge again on Saturday there, on my own this time, and did a more thorough inspection of Agags. It was a bit of an epic actually. I set off from the car before 7 in the morning and headed up in heavy mist. I started climbing D Gully Buttress 3 times like an idiot!,- up and down, up and down, up and down, before eventually finding the start of Curved Ridge. I had to down climb these steep exposed, sodden wet ledges (very awkward and extremely loose and dangerous) until I could traverse over a wee gully and eventually reach the start of CR. I then climbed out of the cloud and had views of an incredible cloud inversion, it was amazing, and I was the only person on the ridge to enjoy it. I topped it off by climbing Crowberry Tower and watched a coastguard helicopter fly past. I gained the summit of Stob Dearg quite suddenly by scrambling up to the left of the final little scramble section, and there was this group of 5 or 6 ladies live-streaming who turned to me and said "oh look, some random guy's just appeared". I just said hello and continued on my way past them, too knackered to contribute any more.

I was considering doing a Curved Ridge comparison report between the trip documented in this report, and the trip I did on Saturday to highlight the contrasting experiences. Both simply amazing. CR is superb! I'm back to do Aonach Eagach again in 3 weeks and will hopefully do Agags the following day, weather permitting of course.

Great report, liked your pictures. Done Curved Ridge a couple of dozen times but never thought of going down GGB. Also done the false start up D Gully buttress - you can traverse right over to CR from below the first hard pitch but it’s a faff, esp since it’s probably wet (or you would have seen where you were meant to go!)
And Agags to me is one of the best vdiffs I’ve ever done - go for it!

Colin1951 wrote:Great report, liked your pictures. Done Curved Ridge a couple of dozen times but never thought of going down GGB. Also done the false start up D Gully buttress - you can traverse right over to CR from below the first hard pitch but it’s a faff, esp since it’s probably wet (or you would have seen where you were meant to go!)
And Agags to me is one of the best vdiffs I’ve ever done - go for it!

Cheers Colin. I might just have to go for it then!