After last weeks debacle in trying to reach this Munro....

i decided to give it another bash

Forecast was grim, torrential rain with gusts of wind reaching 50 - 75mph, should be a nice little challenge

Left Glasgow at 7.30am - arrived at Glen Lednock 9am - started walking at 9.15am, full waterproof kit on.

View from start of walk near Coishavachan Old school. 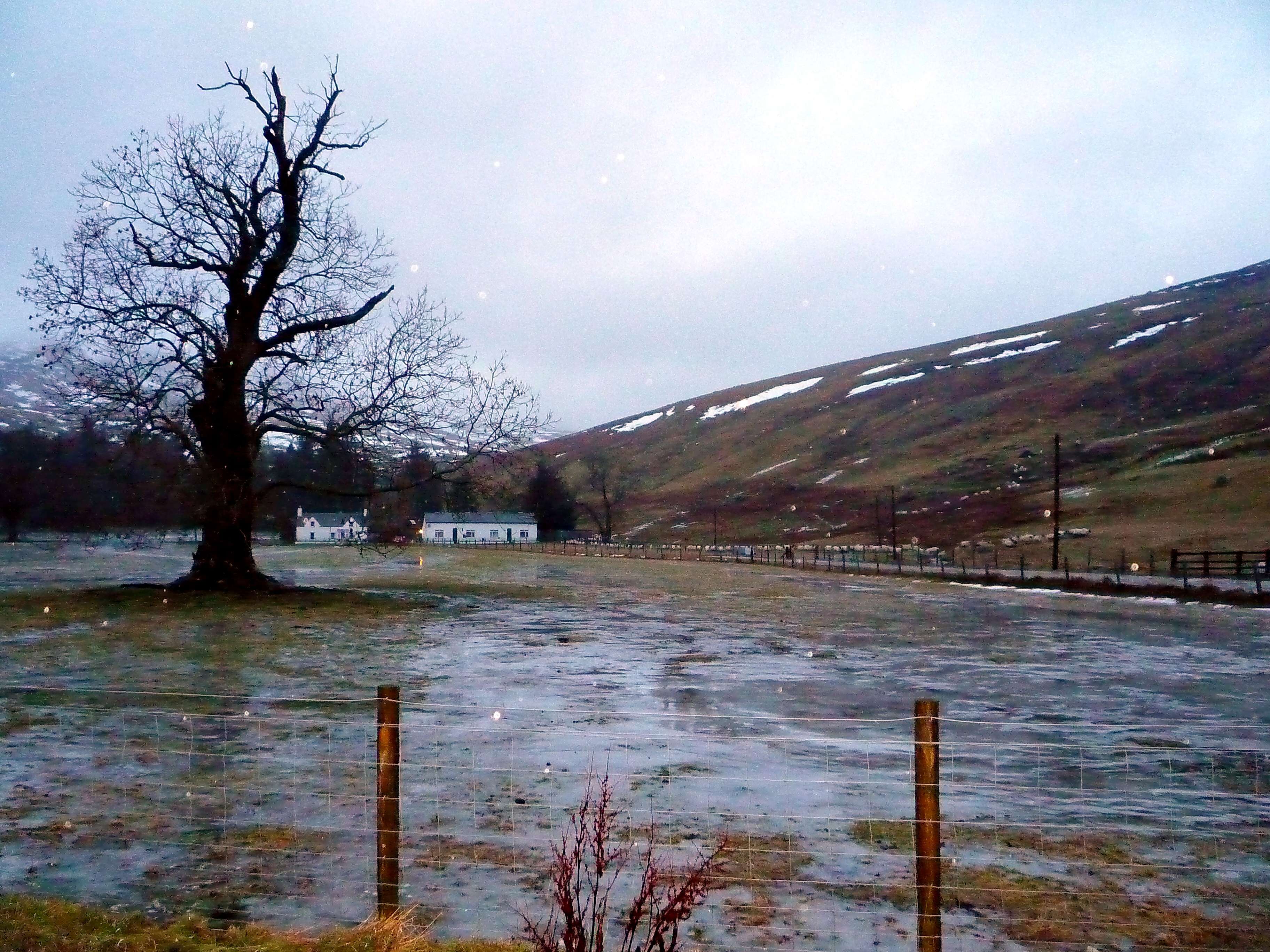 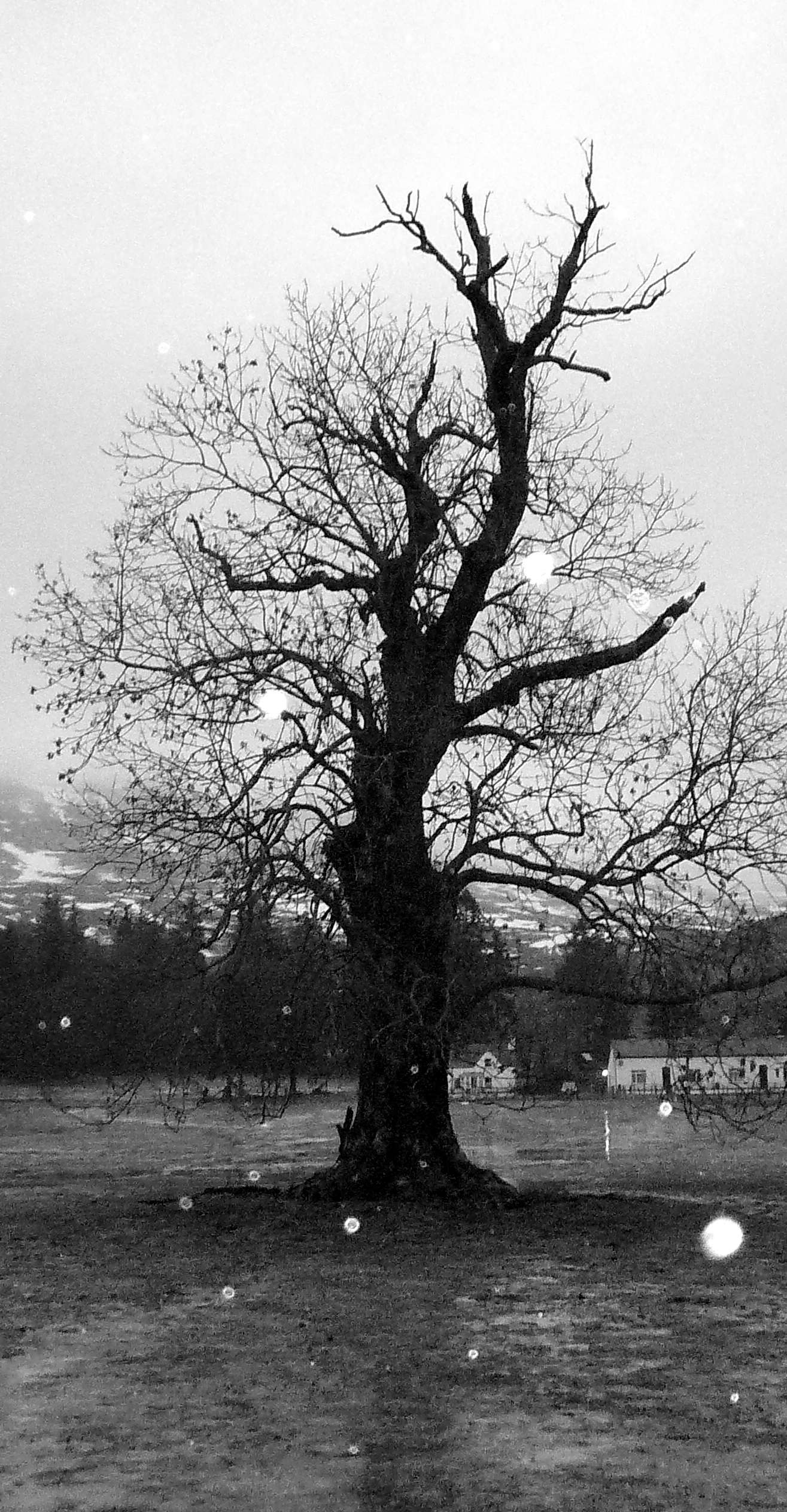 I was 2 minutes into the walk when i caught glimpse of the farmer, he was on his quad bike with trailer attached in the fields to the East of me, he had feed for the sheep. What i saw next was 400 sheep making there way from the crest of the hill to near the bottom, almost in single file , and moving swiftly.

The path ahead was very icey (i would fall on my ass 7 times today!) so due care was given.
Two cottages at end of path. Take a right before these and follow the landrover track. 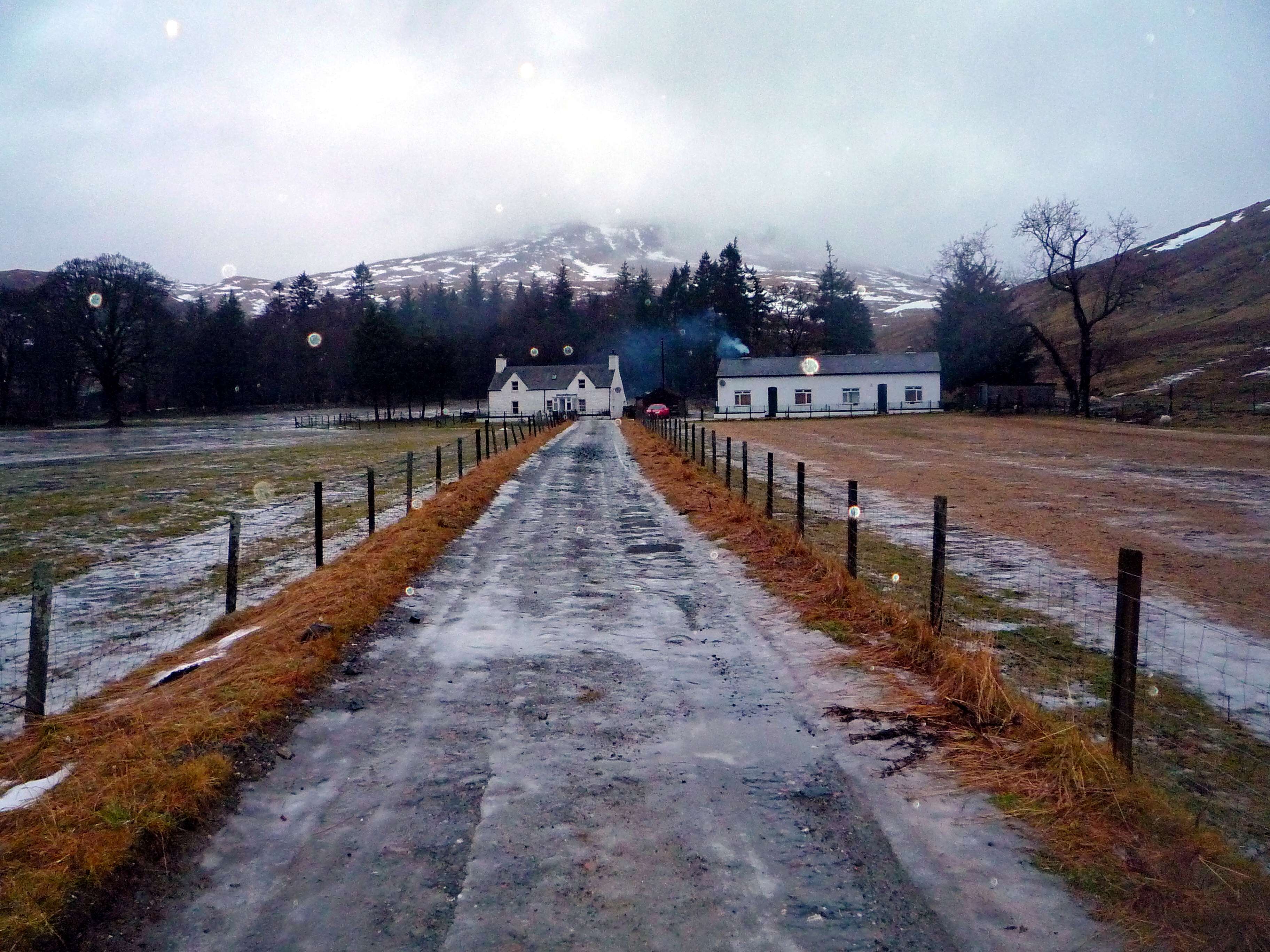 The Invergeldie Burn was in full flow 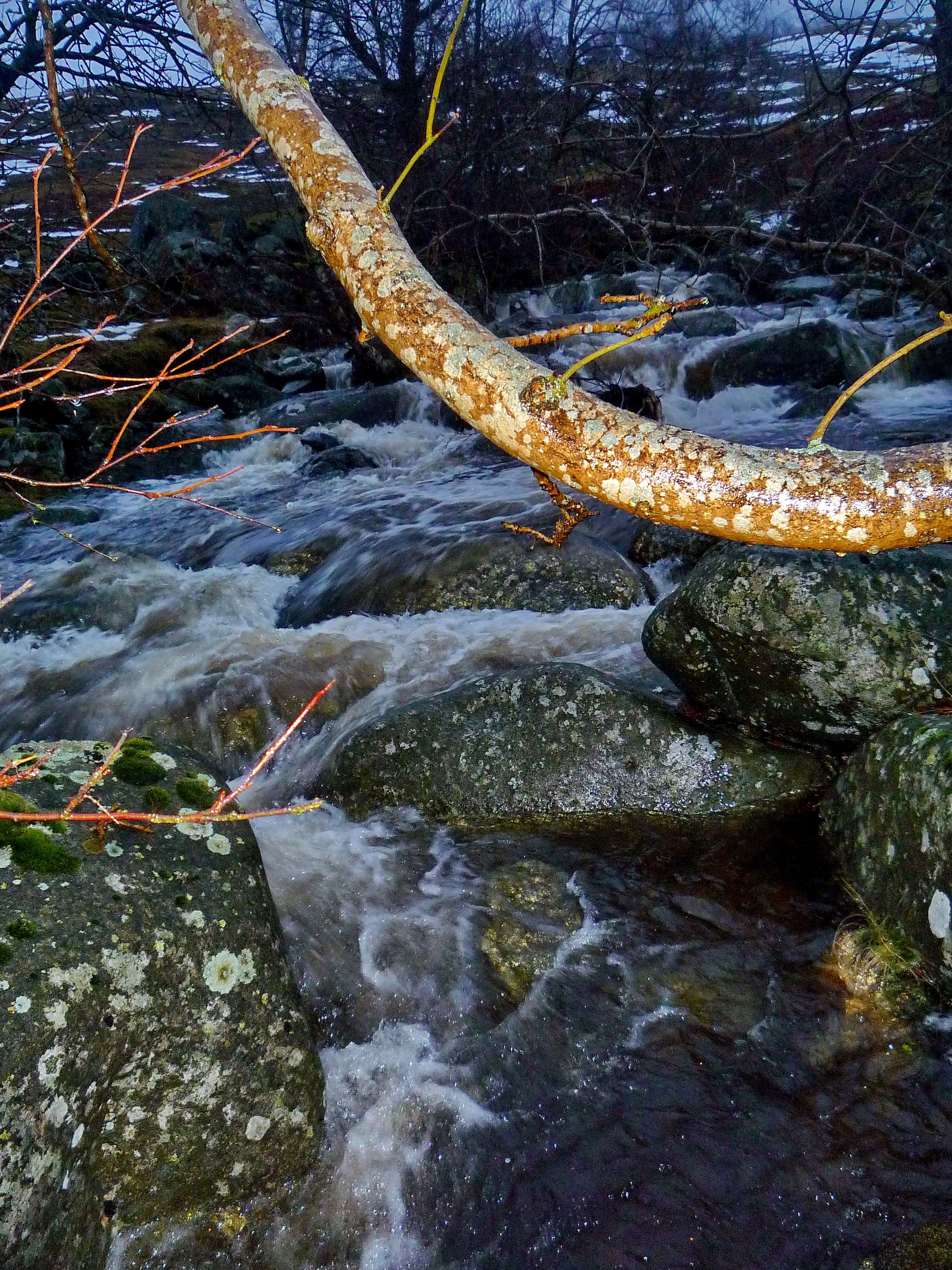 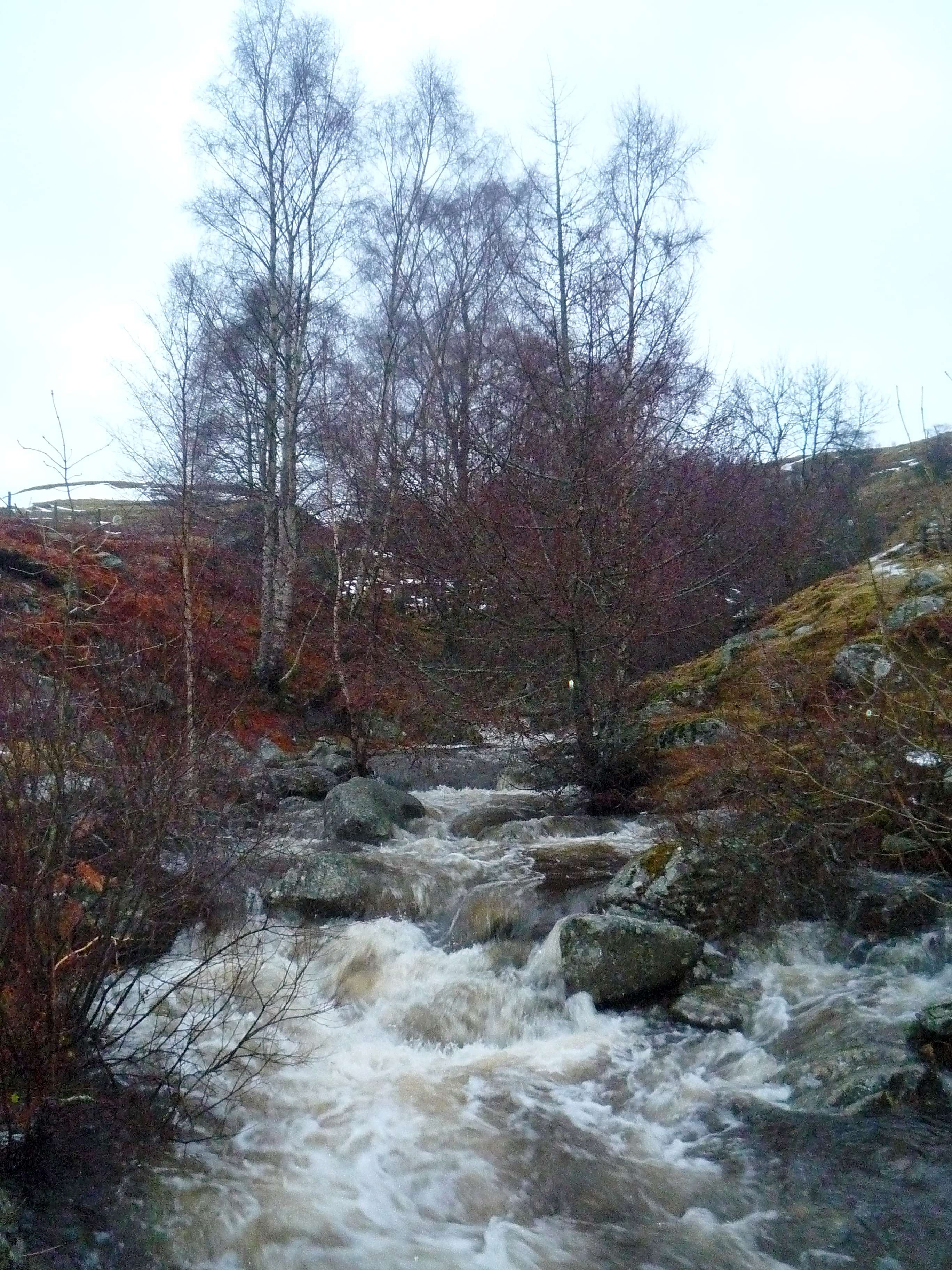 I soon came to a small bridge 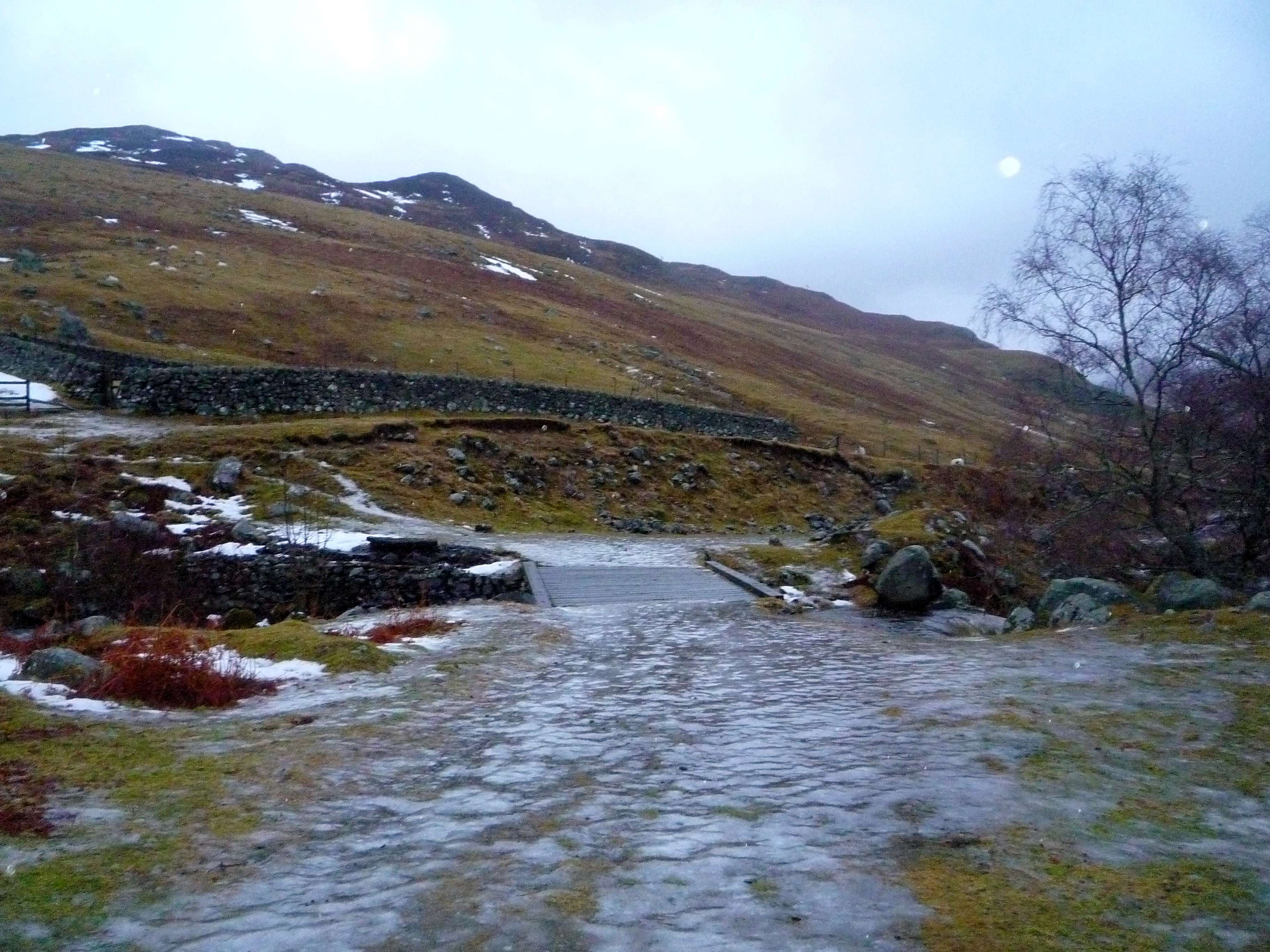 This was my first fall of the day 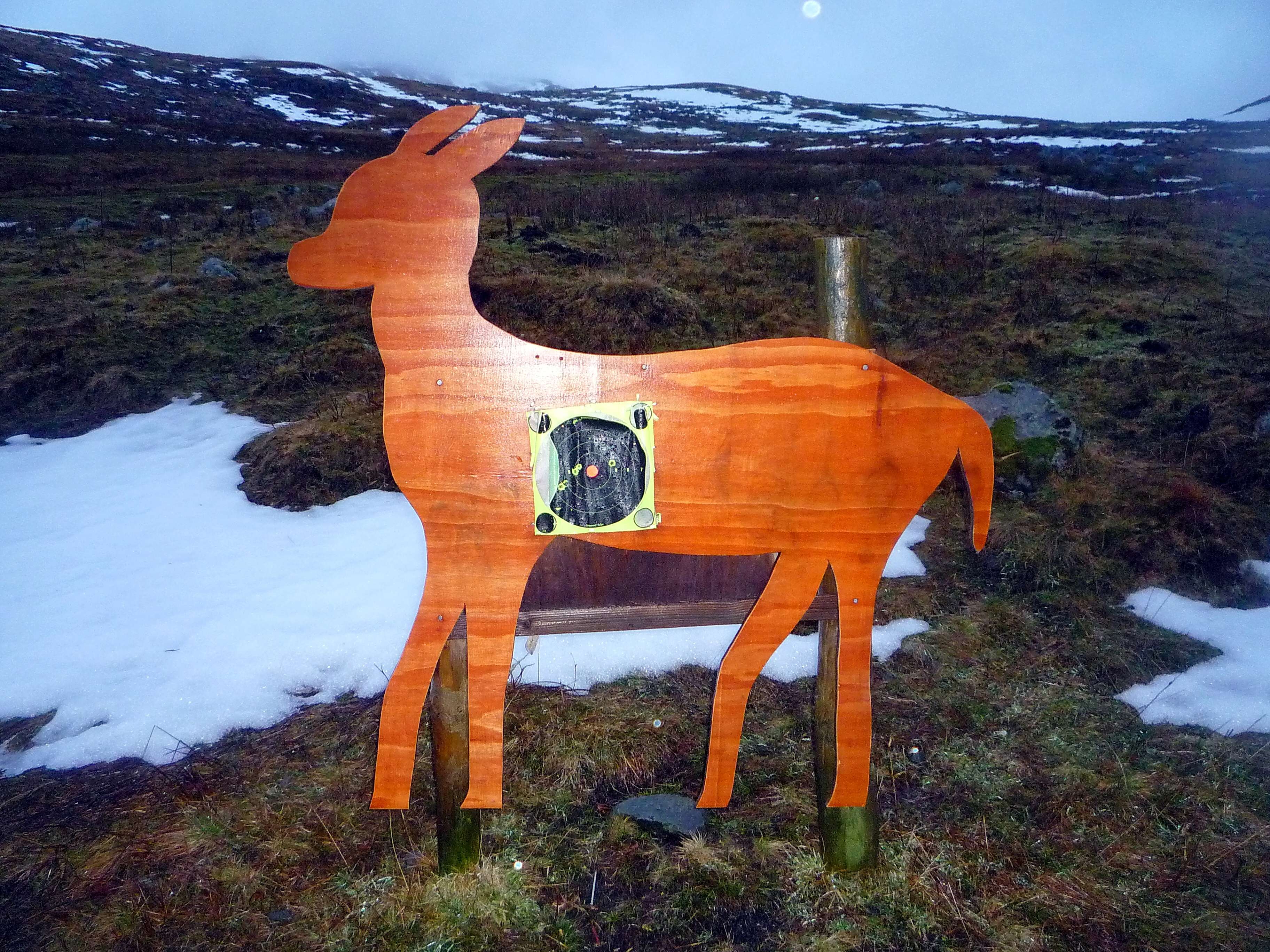 Couple of mile up the track i came to the liittle Dam. The burn was knee deep but not too wild in its flow, so i crossed quickly. 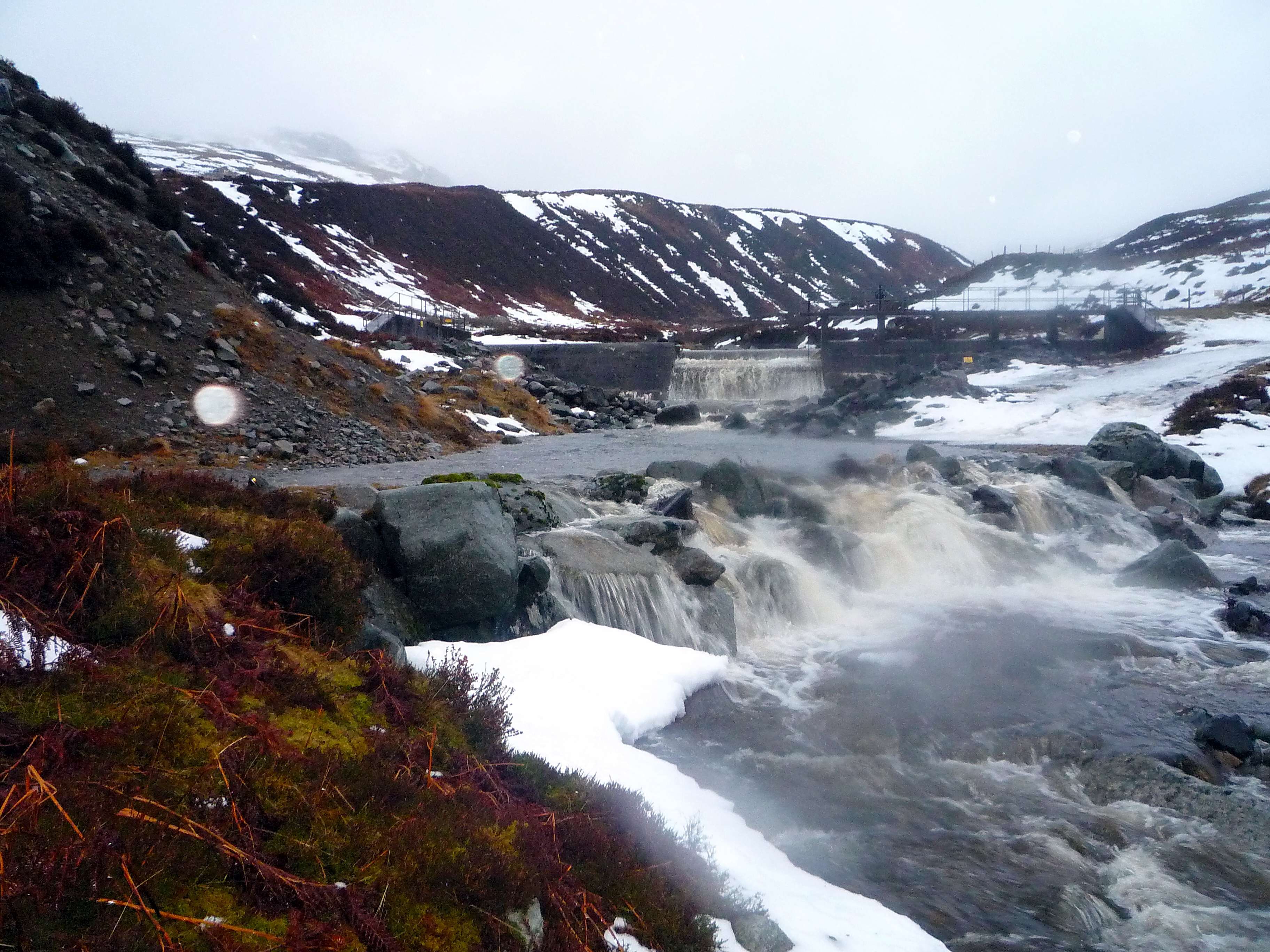 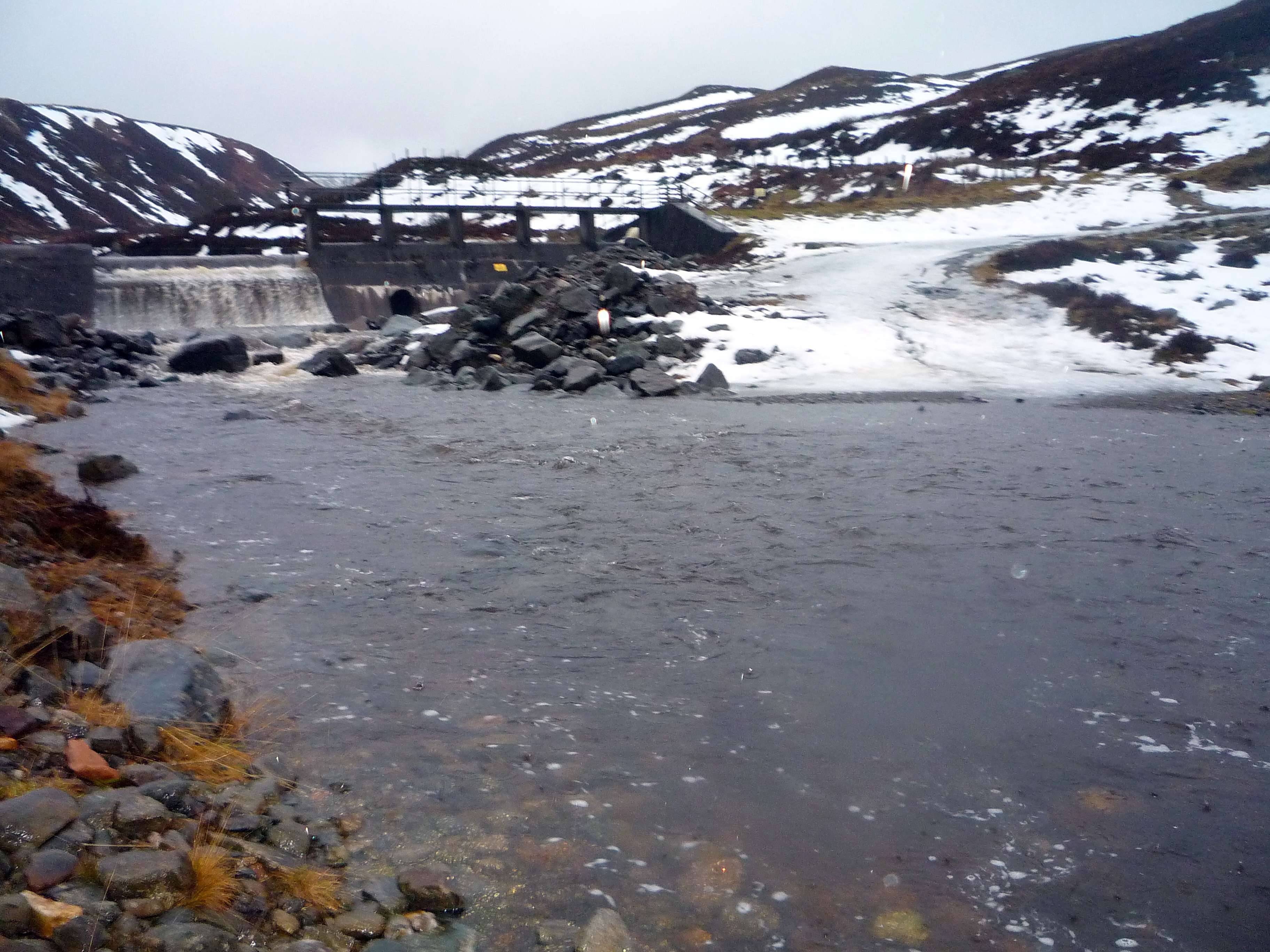 The rain was lashing and water had infultrated my camera


From here it was a case of following the landrover track till a small cairn indicated the cut off up the South face of Ben Chonzie. The mist was now evident so i took a straight line from the cairn to the summit. I got the head down and made my way upwards. Couldn't see much but was having fun, was good to be out

Soon reached the summit. Had a bite to eat and descended back to the cairn at the landrover track.


After a few falls i reached the Dam at Invergeldie Burn . WTF

This was now about waist height and flowing fast and furious, how will i get across

I tried to go across but the force was strong (obi wan). I then headed upstream and then downstream looking to see if i could cross, no way!!

Map out and i decided to follow a landrover track SSE for 500M before crossing open ground NW that took me to the bridge where i had my first fall of the day, the burn was now on my right side....phew!. Enjoyed cutting across the moorland than following the landrover track.

I had a great wee adventure in testing conditions.

magicdin wrote:Not see any hares - ach they maybe stayed in for the day

Loads of the wee things, kept me company

Good stuff in getting out Dooterbang, I know the feeling fell a few times myself today one with my hand landing in horse poo

Madder than the hat you got on your heed

csimbad wrote:I know the feeling fell a few times myself today one with my hand landing in horse poo

Thought i could smell something

Very well done on venturing outside in the lashing rain and ferocious winds.

I took one look at the forecast and decided that shopping, kids' taxi service and bike servicing were more my cup of tea this weekend. Hmmmm....maybe you had the right idea after all

rockhopper wrote:well done dooterbang...........but you must be off your trolley

I took one look at the forecast and decided that shopping, kids' taxi service and bike servicing were more my cup of tea this weekend. Hmmmm....maybe you had the right idea after all

well done you, taking time out to do your duties

Was only 4 hours on the hills so was really enjoyable, i wonder if it was 8hours would i be still loving it

I was down to do 2 hills in Bridge of Orchy but my mate pulled out when he lookes at MWIS. Then he texts me earlier and tells me he got his football coupon up, sometimes it pays not to walk

on yer arse 7 times eh? I'd love to see the video of that

you are committed to the cause getting out for the second attempt in the rain and ice - rain i can cope with but me and ice are a def no-no - i'm clumsy enough on dry ground!

is your camera finished??

happyhiker wrote:on yer arse 7 times eh? I'd love to see the video of that

Yeah that would be a laugh. No injuries, buns of steel

I think the camera is kaput

Was thinking of getting a new one anyhow

Hows your weekend been?

dooterbang wrote:Madder than the hat you got on your heed

You aint seen ma pink hat have you?

Glad you finally made it up Ben Chonzie

Was thinking of getting a new one anyhow

Hows your weekend been?

buns of steel eh!! well you should have with all your recent snow hills

What kind of camera you thinking about getting and what kind just died? I'm starting to get back into my photography - barely taken a picture in months but have a new fish eye lens to play with

Weekend great so far - was back to work, finally - after all these months off! So chilled weekend of making fresh pasta! (i rock!)
How about you?