Since completing the Wainwrights in May 2017 I have continued to go for day walks in the Lake District. Trouble is I tend to repeat the same routes over and over again and to use the trips over as purely fitness days rather an a quality day out. I was over on 10/6/2019 going to do a Seathwaite, Scafell Pike, Great End repeat when I thought the amount of times I,m over I might as well do a repeat round so that day opted for Eagle Crag, Sgt Crag,High Raise Ullscarf,Great crag and Grange Fell. Since then I have sought out 2nd round hills.
Towards the end of June I had a few spare days so put together a little backpacking round. With only basic gear required and 2 days food the pack weight was down to 10kg minus water. Parked up by the community centre in Braithwaite as the normal spot up by the start of the path to Grisedale Pike was full and walked through the village for path start up to Barrow. From there it was down to Stile End and onto Outerside before the drop and angled path up towards Causey Pike. Took a break here and watched the hang gliders enjoying the thermals. From there it was onto Scar Crags before the drop to the col and onto the path as if descending to Buttermere. I then took a faint path up between Knott Rigg and Ard Crags,first ascending the latter and then walking over to Newlands via the former. Got about 3 litres of water on board here and then made the ascent of Robinson where it was a summit camp. Any hopes of catching the sunset were dashed as I fell asleep, waking up at 10.30 with the sun down. 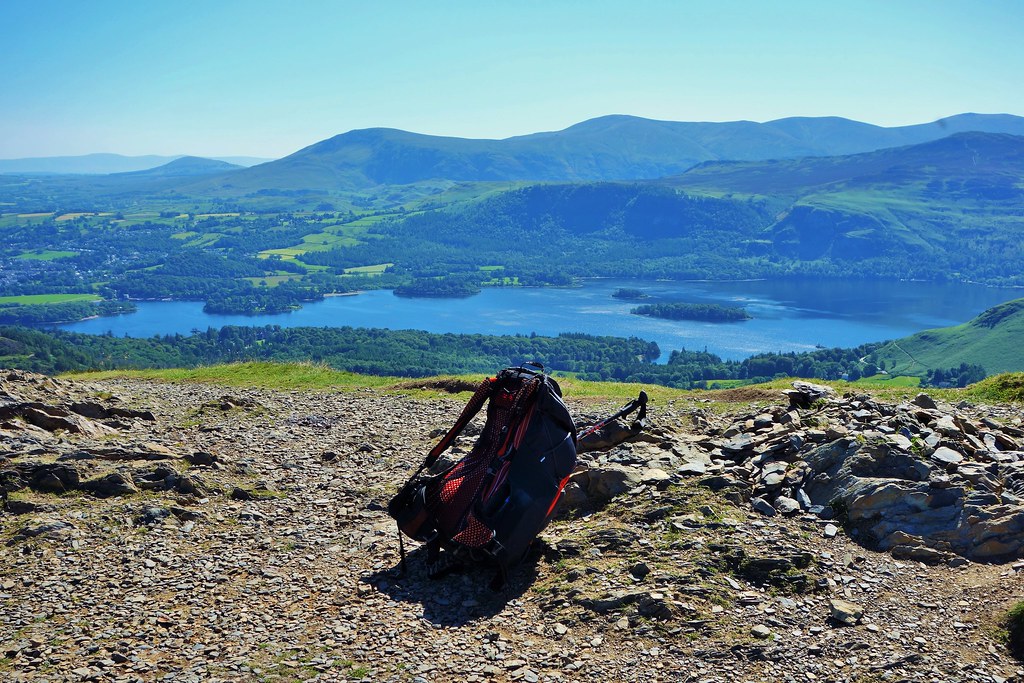 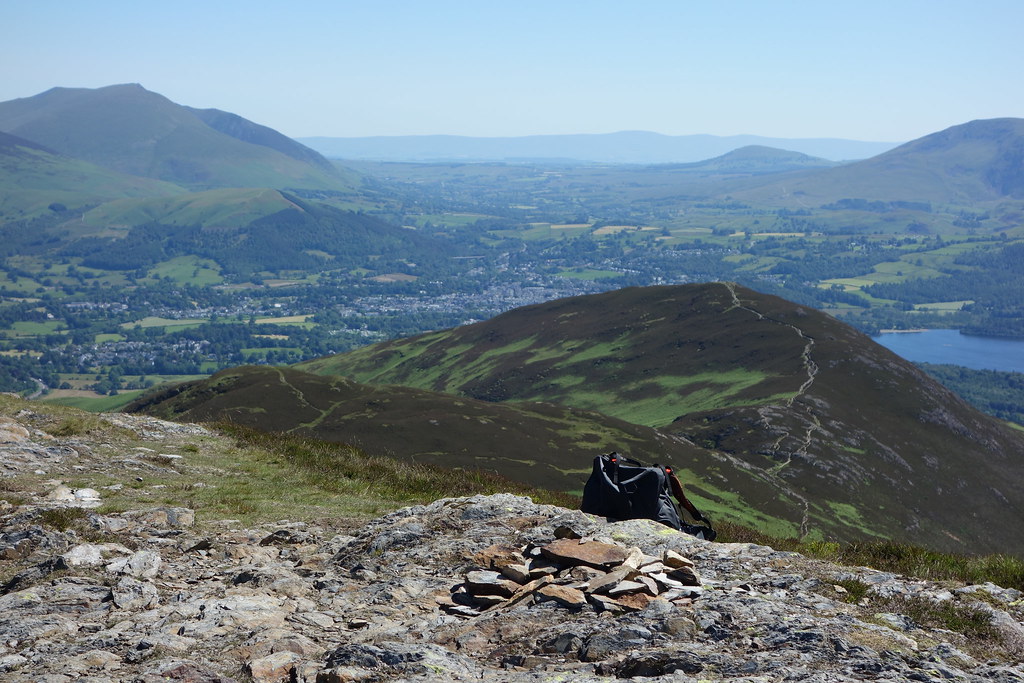 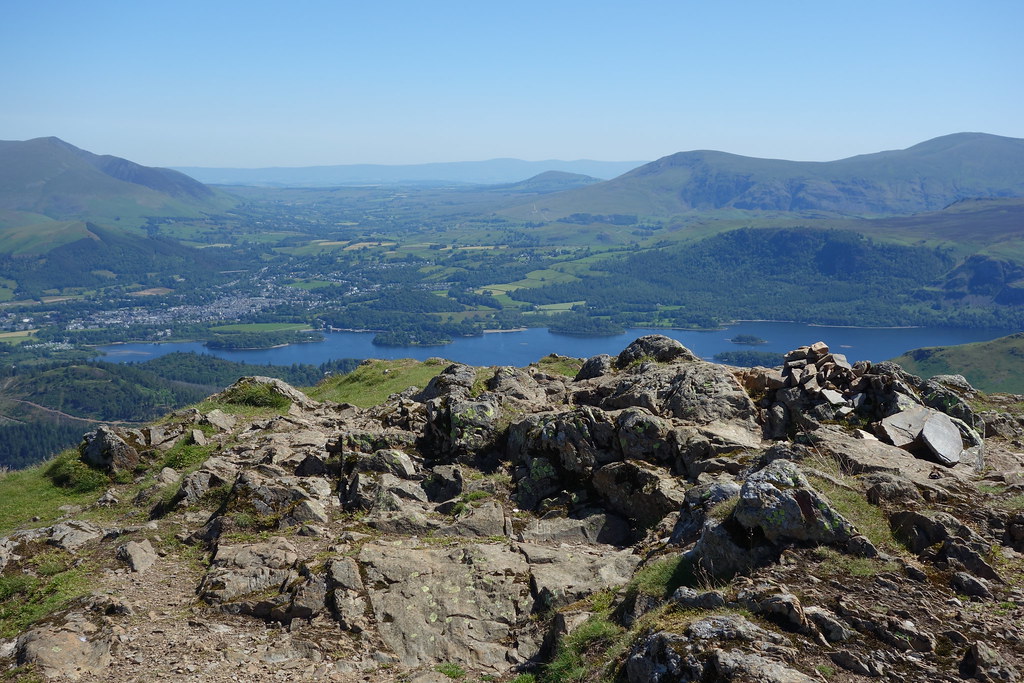 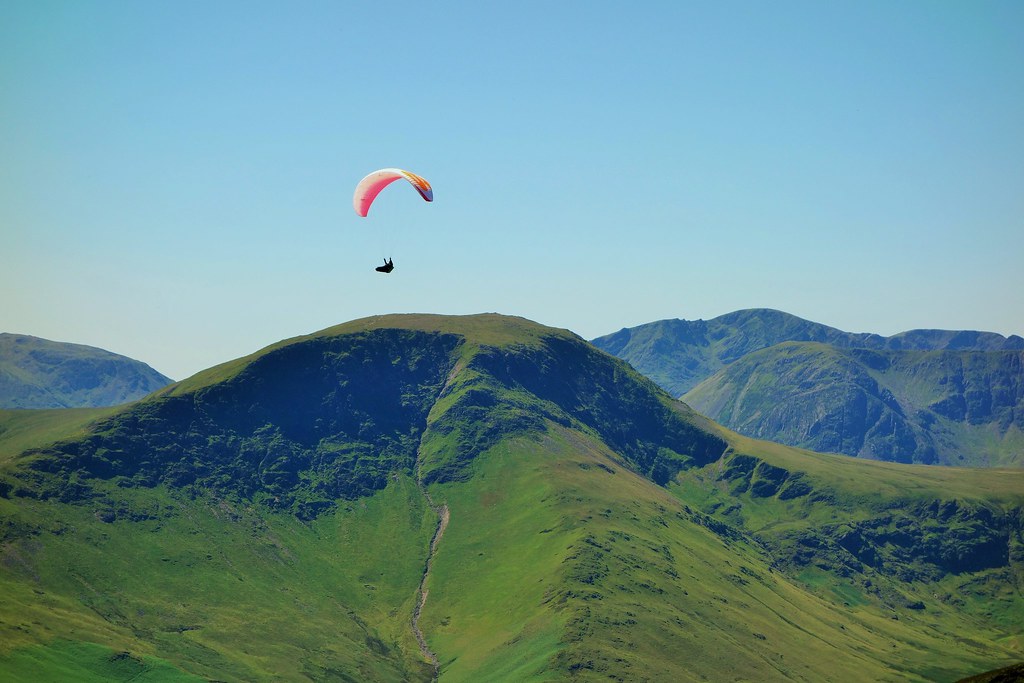 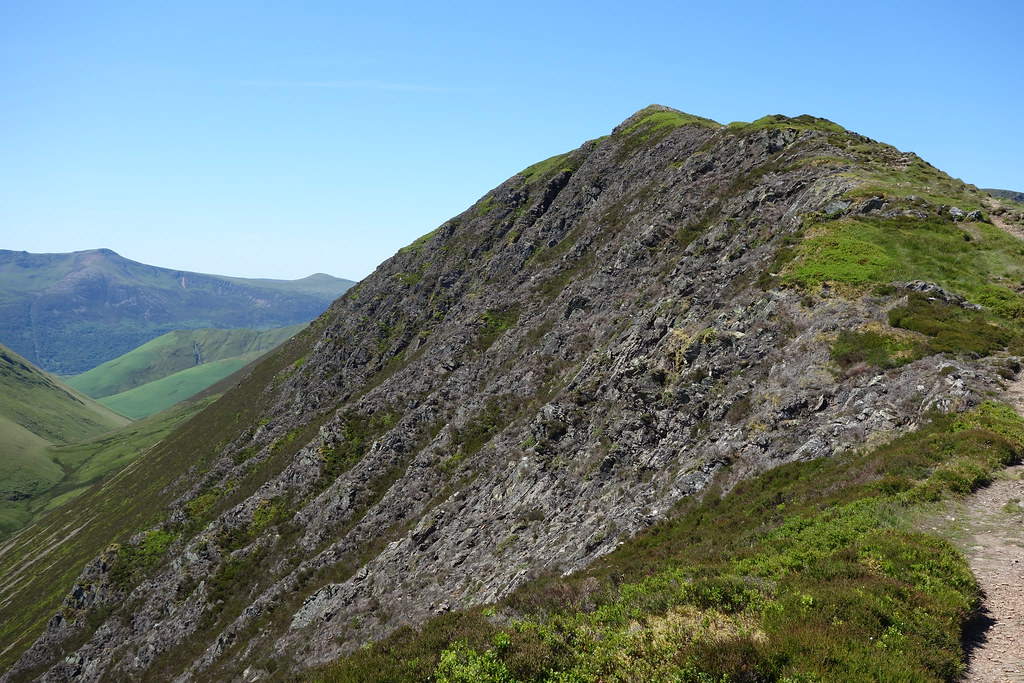 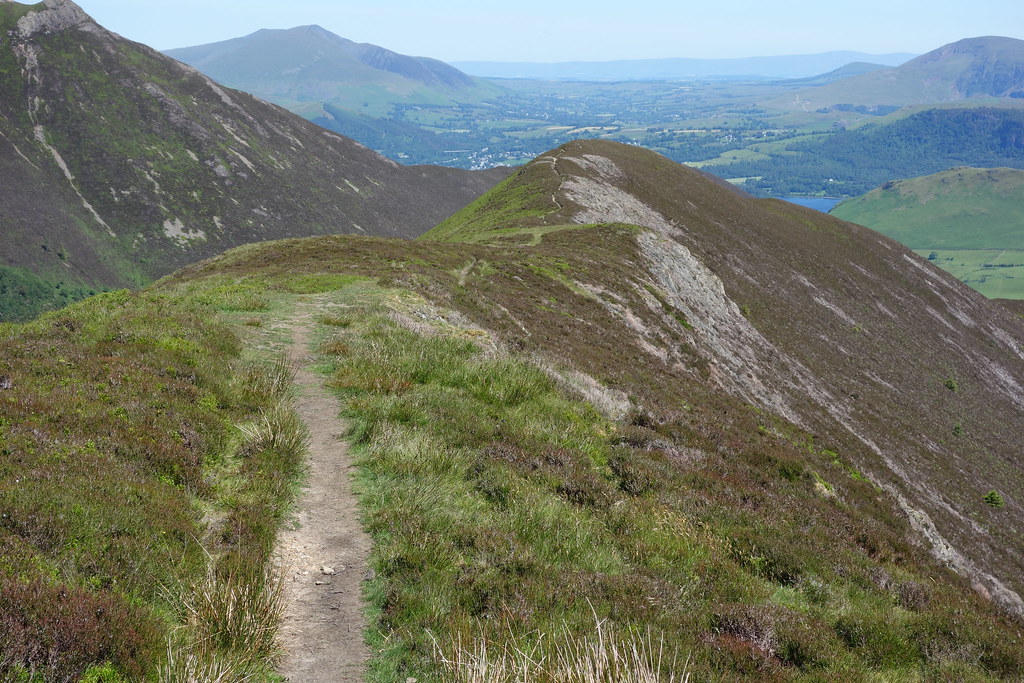 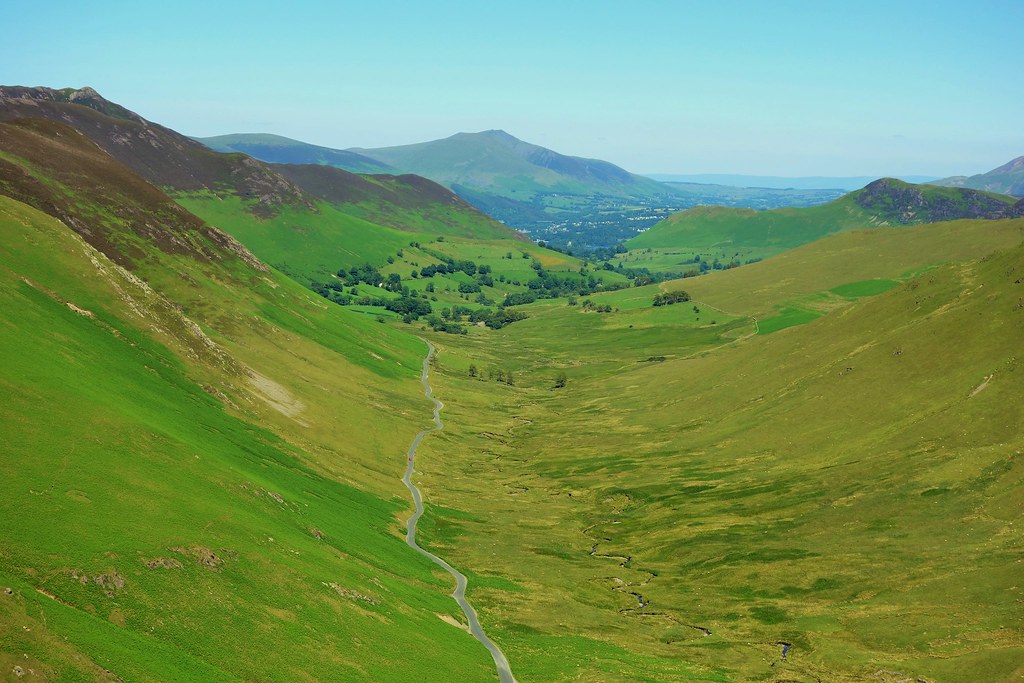 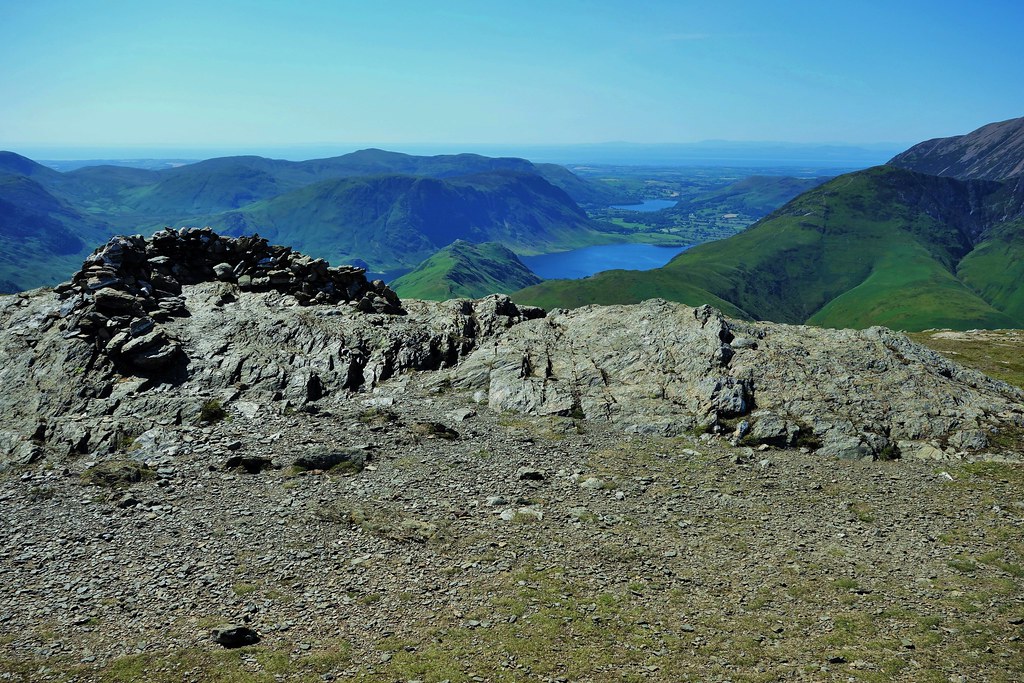 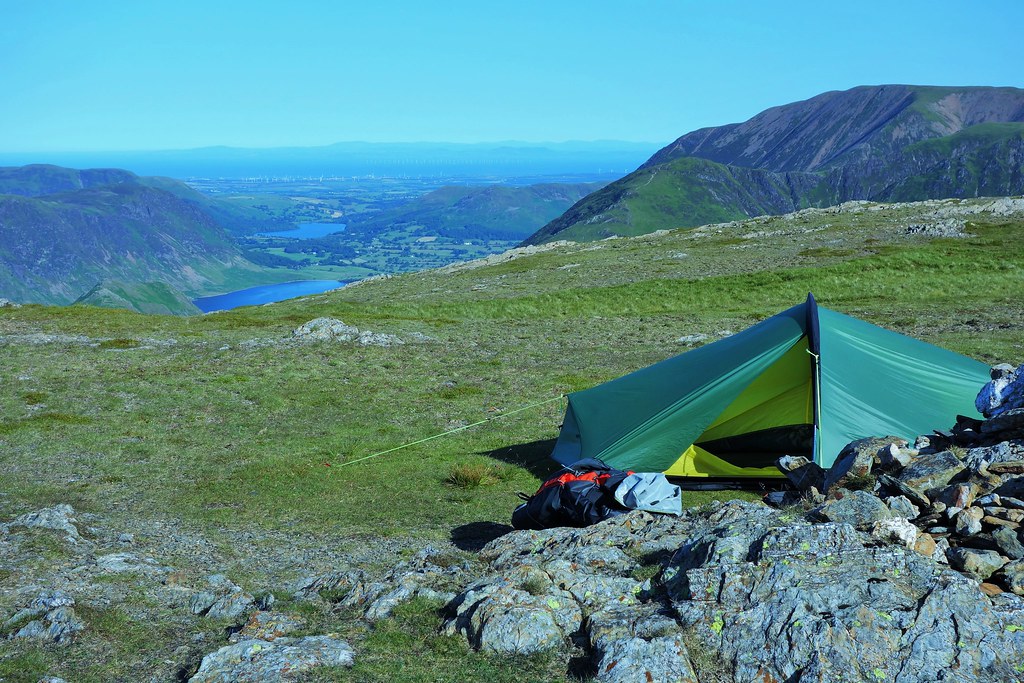 DSC04988
Day 2. Packed up and continued along the ridge onto Hindscarth and Dalehead before dropping down to Honister and into the cafe for a bit of breakfast. Suitably refreshed it was onto Fleetwith Pike, Grey Knotts, Brandreth and onto Green Gable where I sat for a while watching 2 rock climbers on Gable Crag. I didn't do Great Gable as it doesn't need a repeat, though I have a mate who thinks all the wainwrights I have done between the completion and the date I decided on a second round don,t count, so I dropped down to Styhead. I had intended walking round to Glaramara via Esk Hause and Allen Crags but was a bit tired so I walked up Sprinkling Tarn intending to camp but the wind was a lot stronger and I couldn't get shelter so I returned back to Styhead to camp. The night was quiet with only 2 other tents. 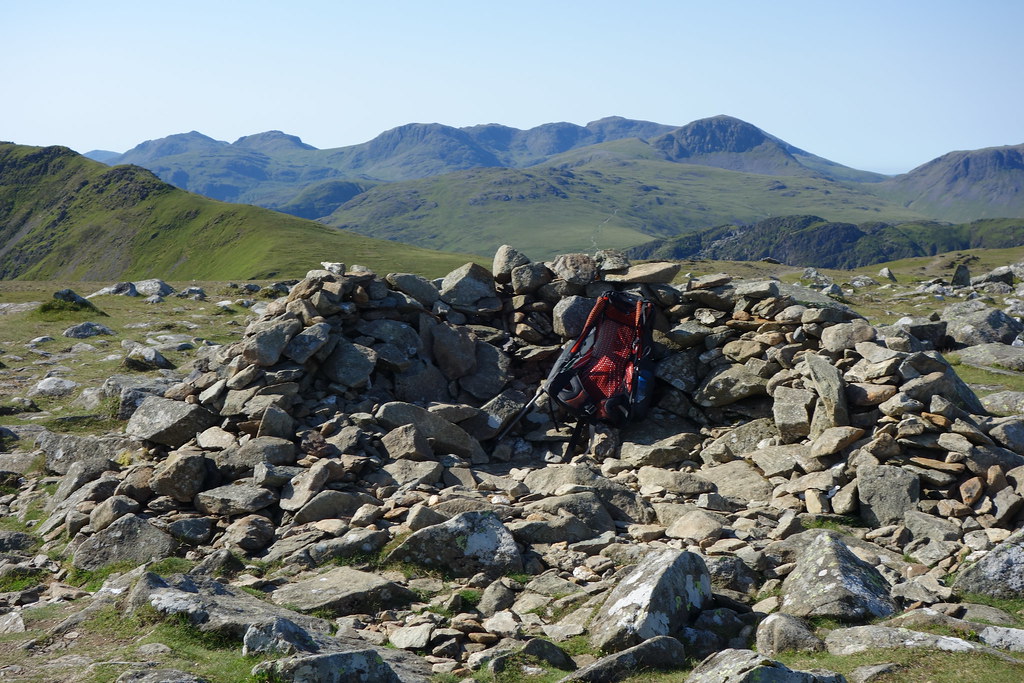 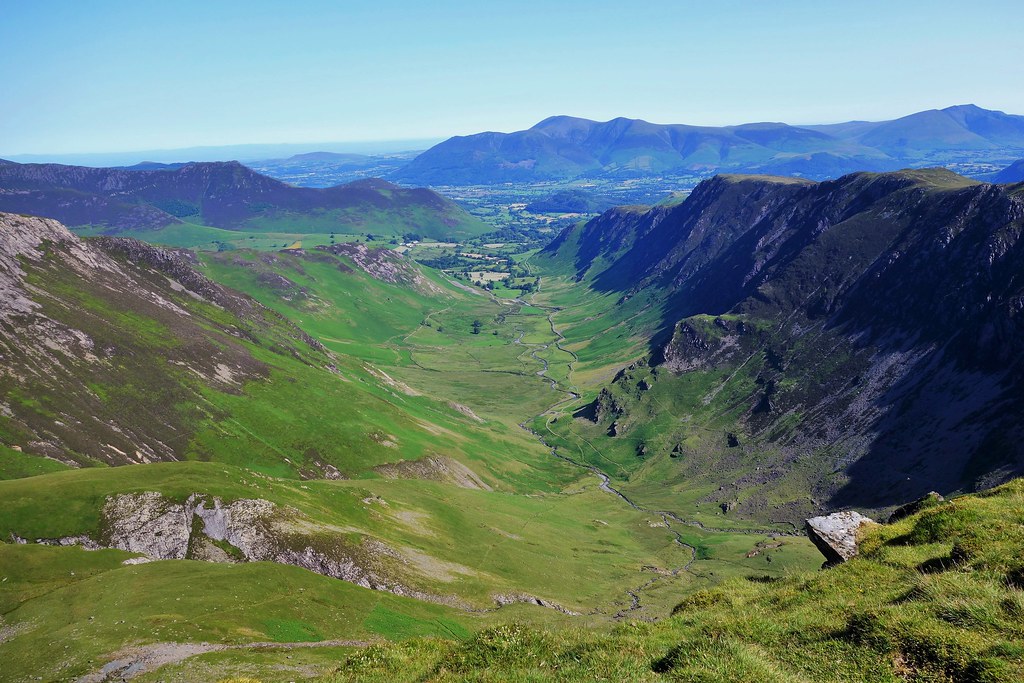 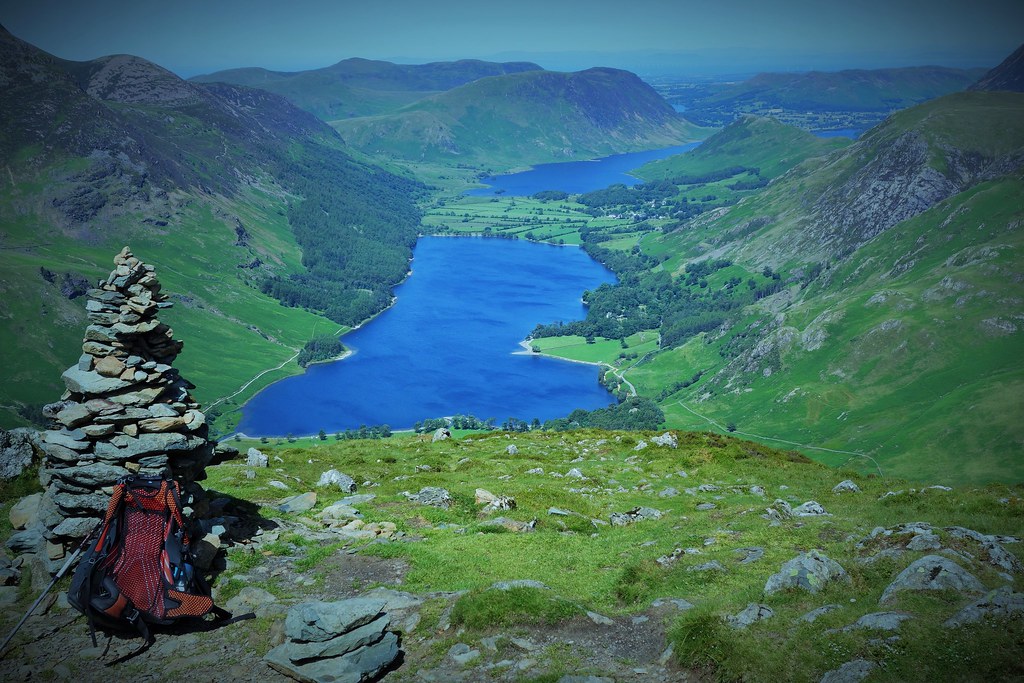 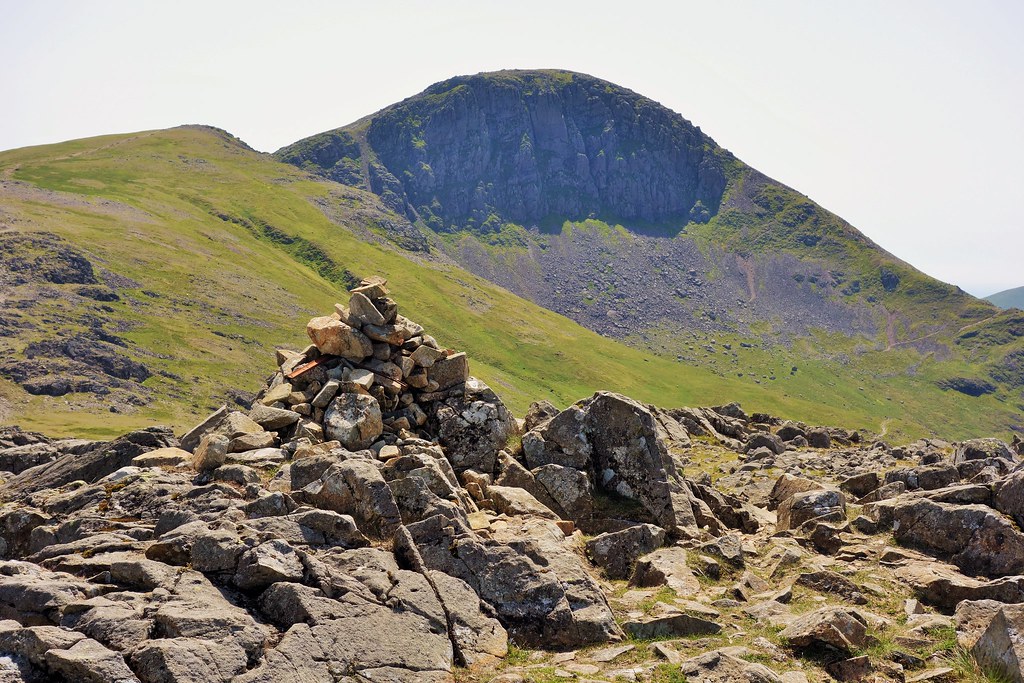 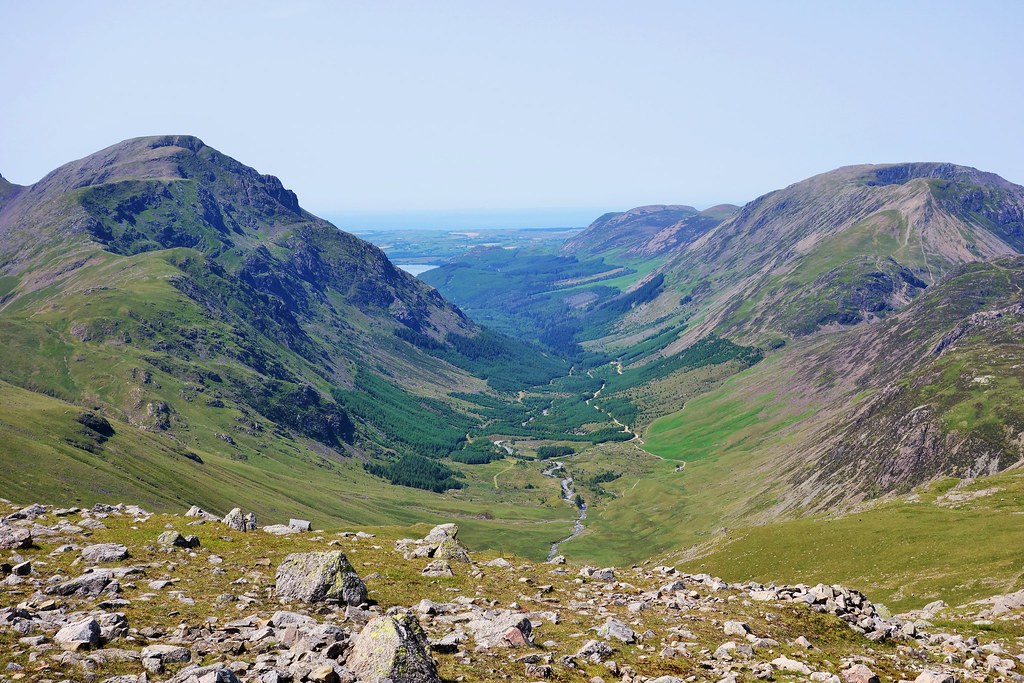 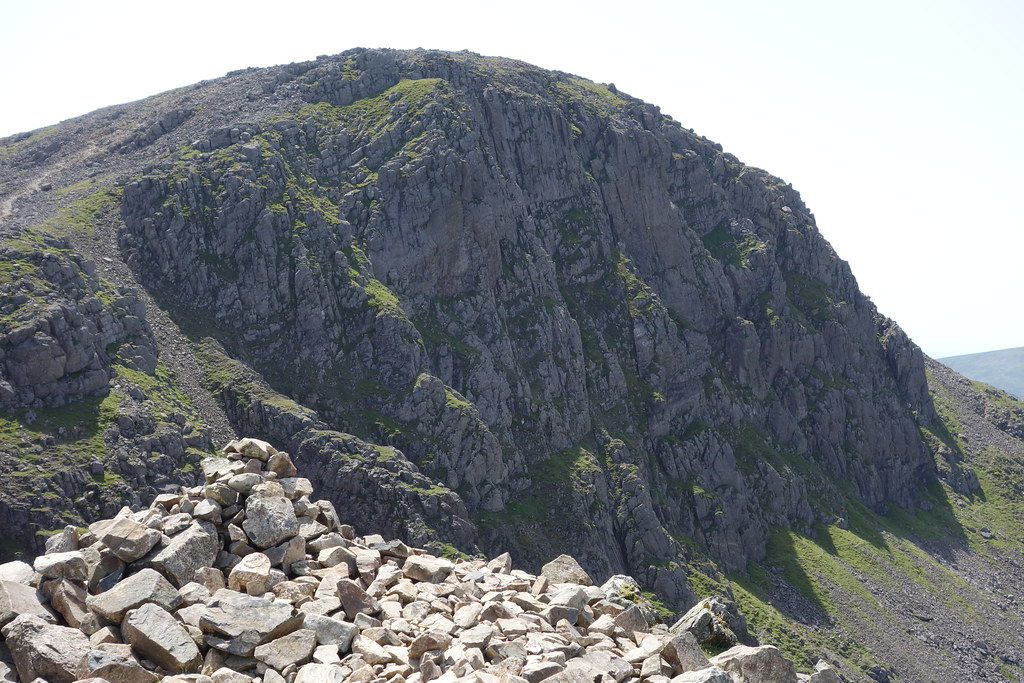 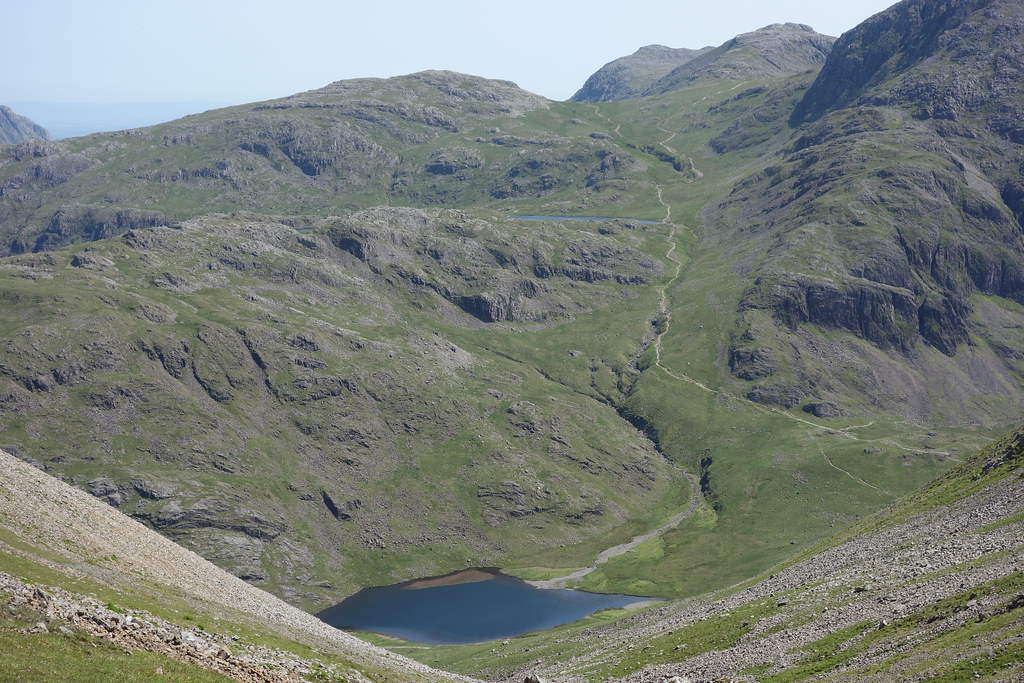 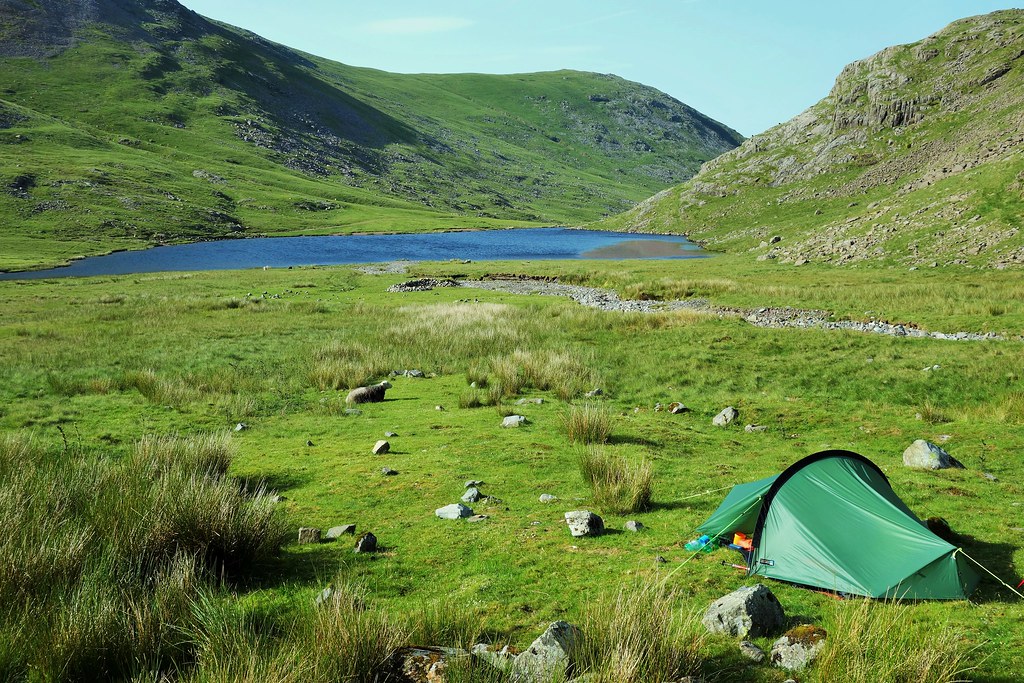 Day 3. I gave up the idea of going to Glaramara and instead went down into Borrowdale and joined the Cumbria Way for the walk up through the valley to return up to the car and home.

Re: A Lakeland Jaunt

Hi Guinessman.
What superb weather for a backpacking trip, and what a great route to choose! Both your pitches look very inviting; I can just imagine enjoying the long summer evening with a mug of tea outside the tent!

In your photo of Gable Crag there's a tiny dot on a blank looking wall - maybe one of the two climbers you were watching? If so they were on Engineer's Slabs, the classic of the crag.

Re: A Lakeland Jaunt

Thanks for that Dav, thought you would know the route