Beinn Enaiglair (almost) before the showers

Beinn Enaiglair (almost) before the showers

Varied weather over the weekend had us closer to home - we took a long cycle around Cromarty and Easter Ross on Saturday, finally getting to use the Cromarty-Nigg ferry. Something I've intended to do ever since moving to Inverness 13 years ago, but have always found other things to do, or it has been out of service. Sunday looked more promising for the hills, but not amazing, so we headed out to Braemore Junction for an easyish day out.


Map.gpx Open full screen  NB: Walkhighlands is not responsible for the accuracy of gpx files in users posts
We passed the lodge at Braemore on a good track which became less used above the buildings. Somehow we managed to miss the start of the stalkers path and end up going below and parallel to it on the track. A quick crash through the heather solved this, and we followed the decent stalkers path round to the north of Beinn Enaiglair into the corrie. 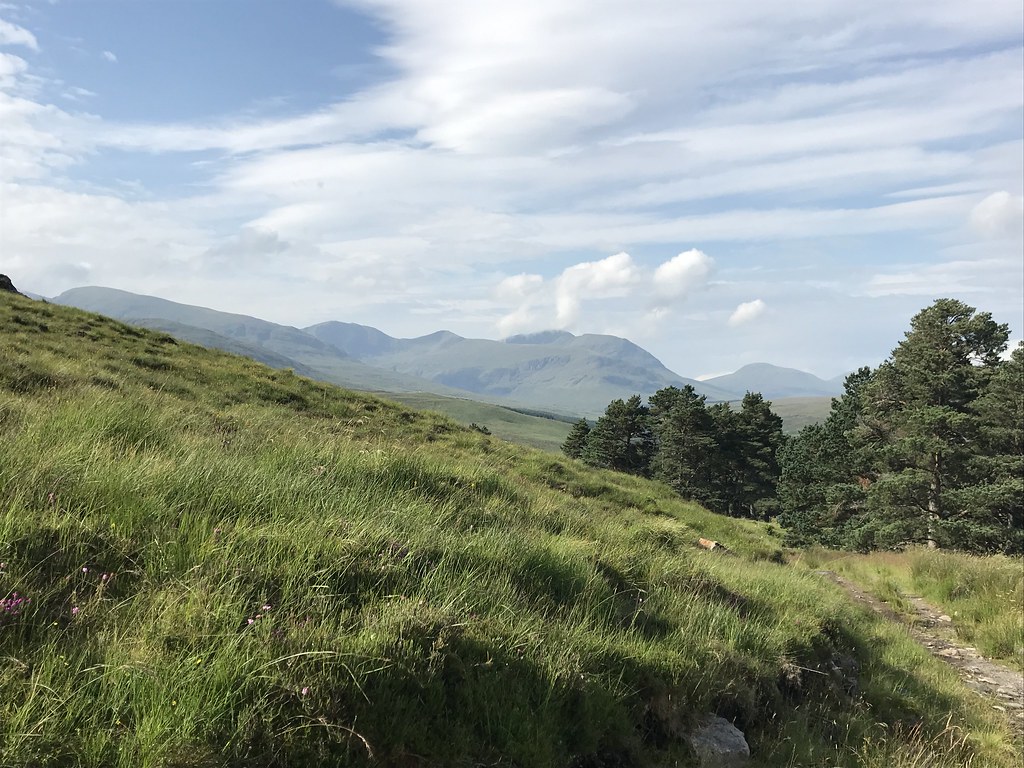 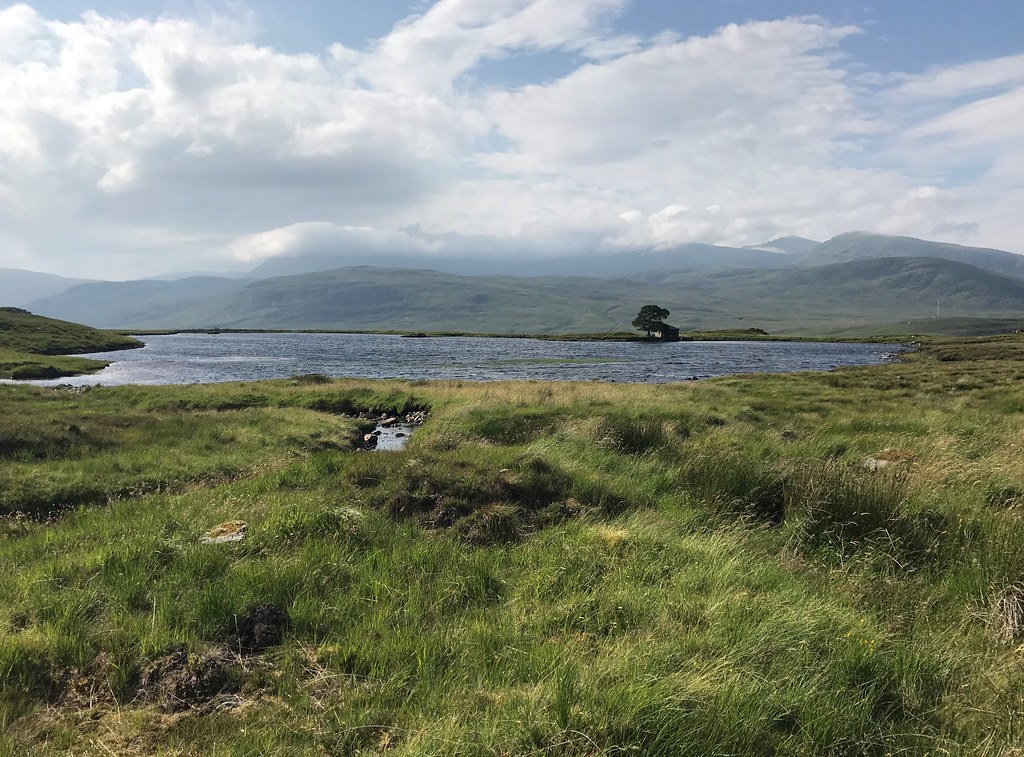 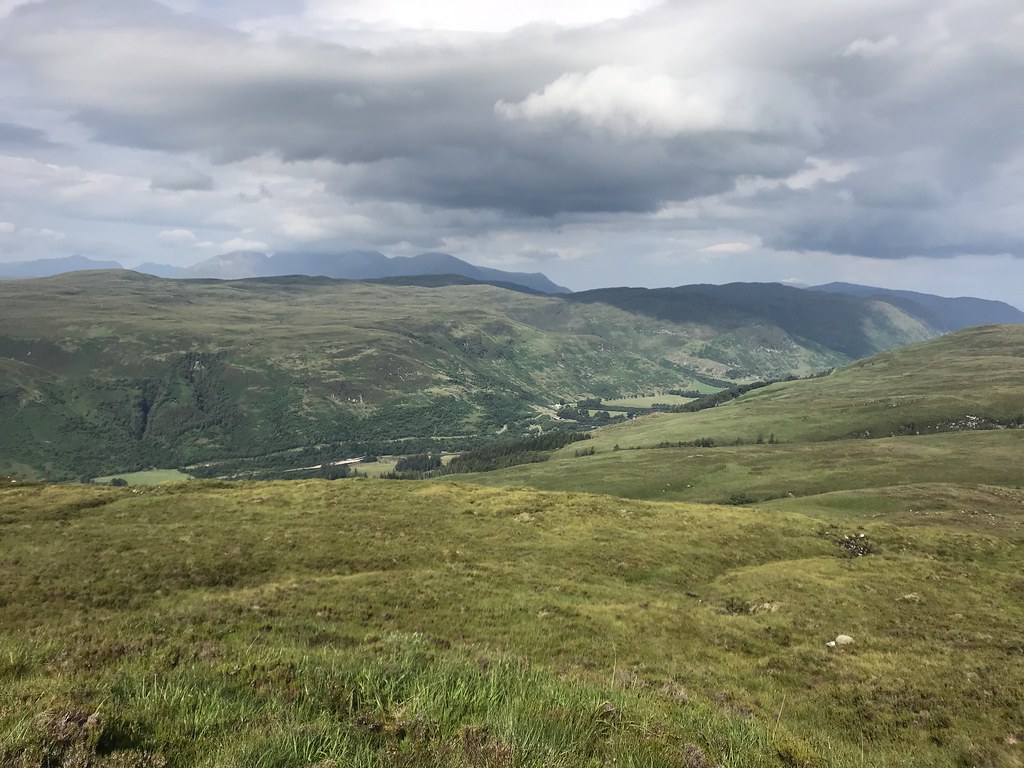 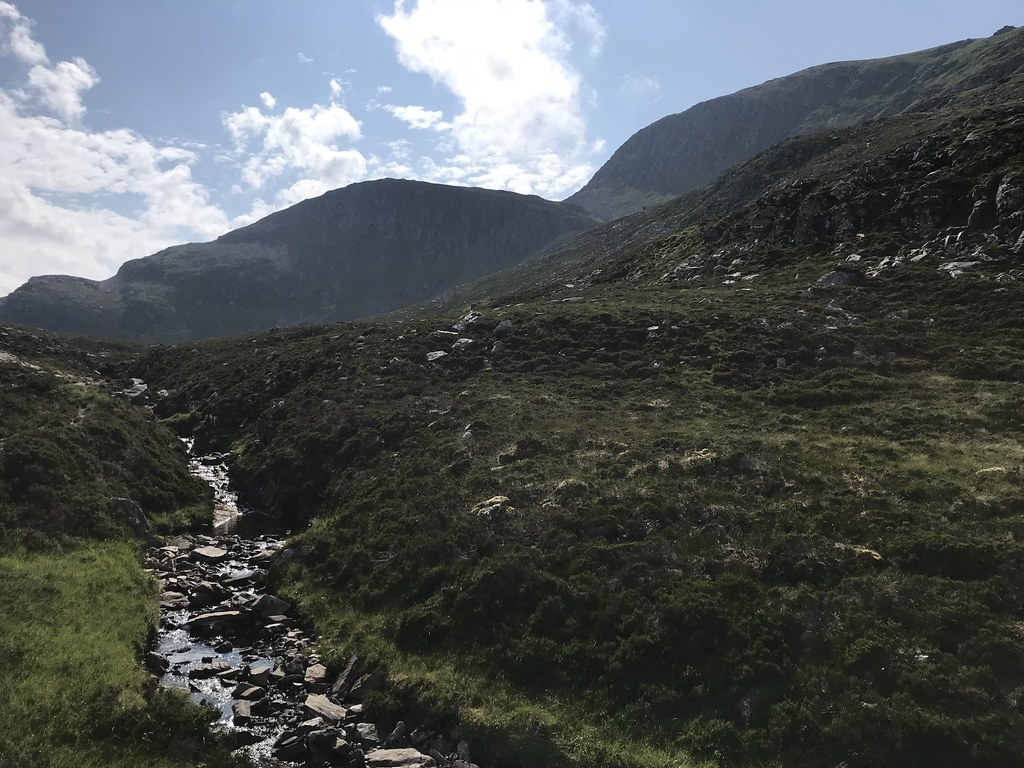 The N face is quite impressive but rarely out of the shadows. We could feel the wind rising as we got higher - it was due to be pretty gusty on the summit so we decided to have lunch before getting too much further. 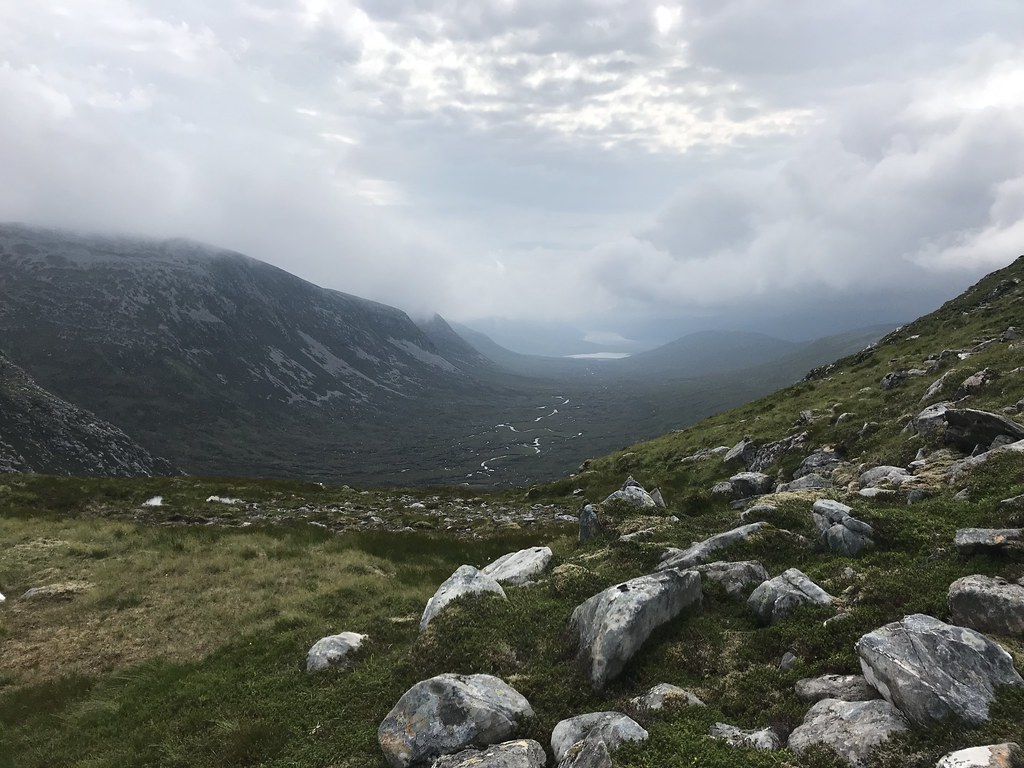 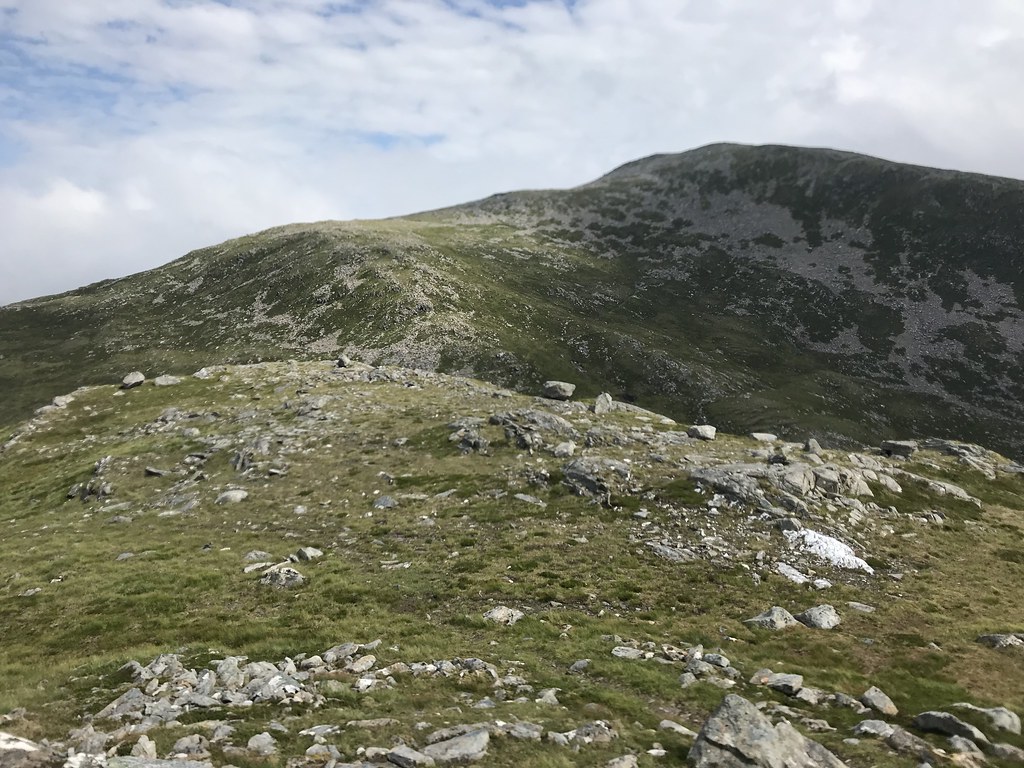 After lunch, time to follow the path to the high point then down a bit, from where it's possible to pick up a fainter path onto the summit plateau. Can't argue with that for an easy way onto a hill! The cloud had descended a little, covering many of the surrounding summits, bit at least we were clear. Limited views, however less windy up here than on some of the ascent. 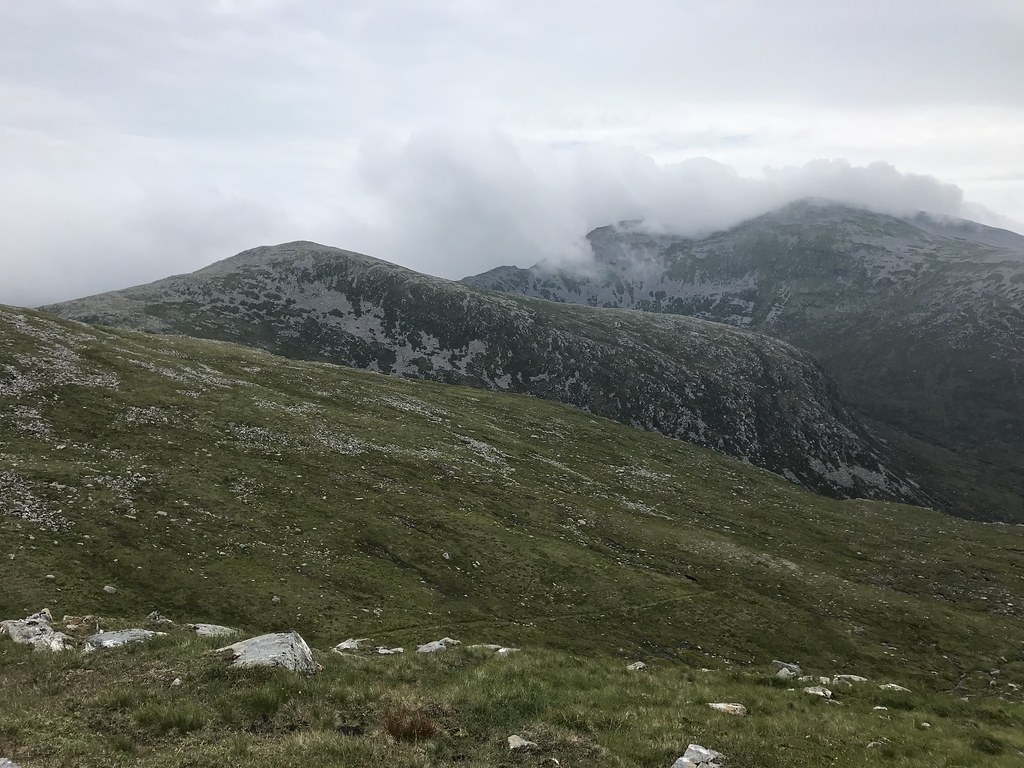 Beinn Dearg in the cloud 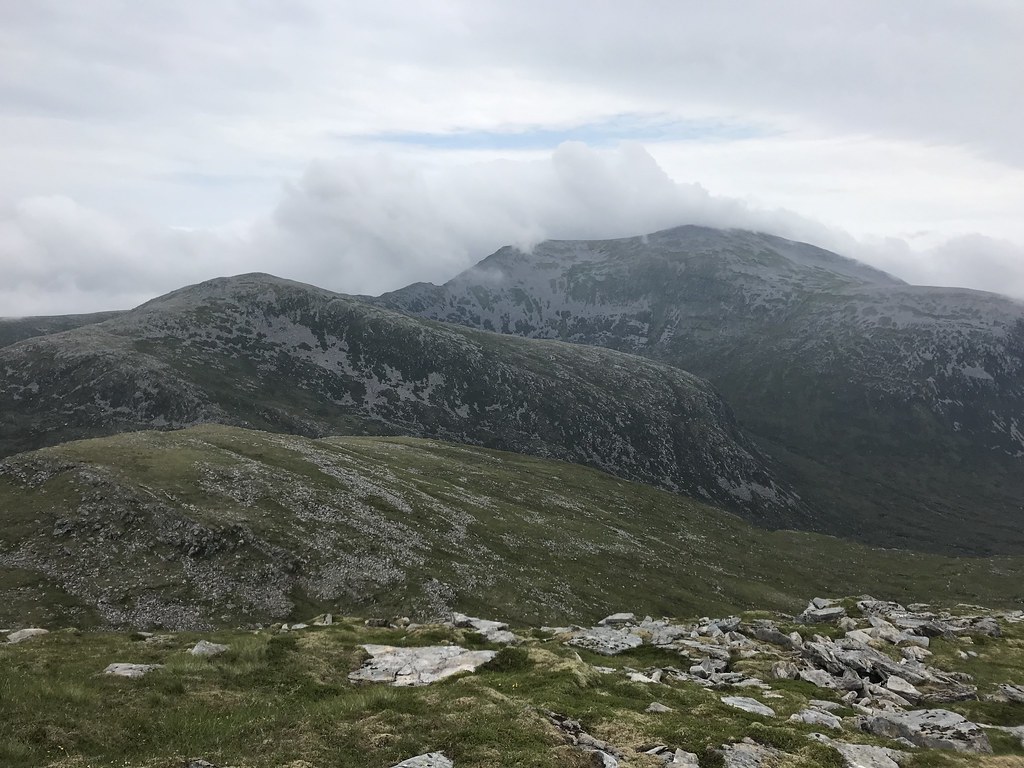 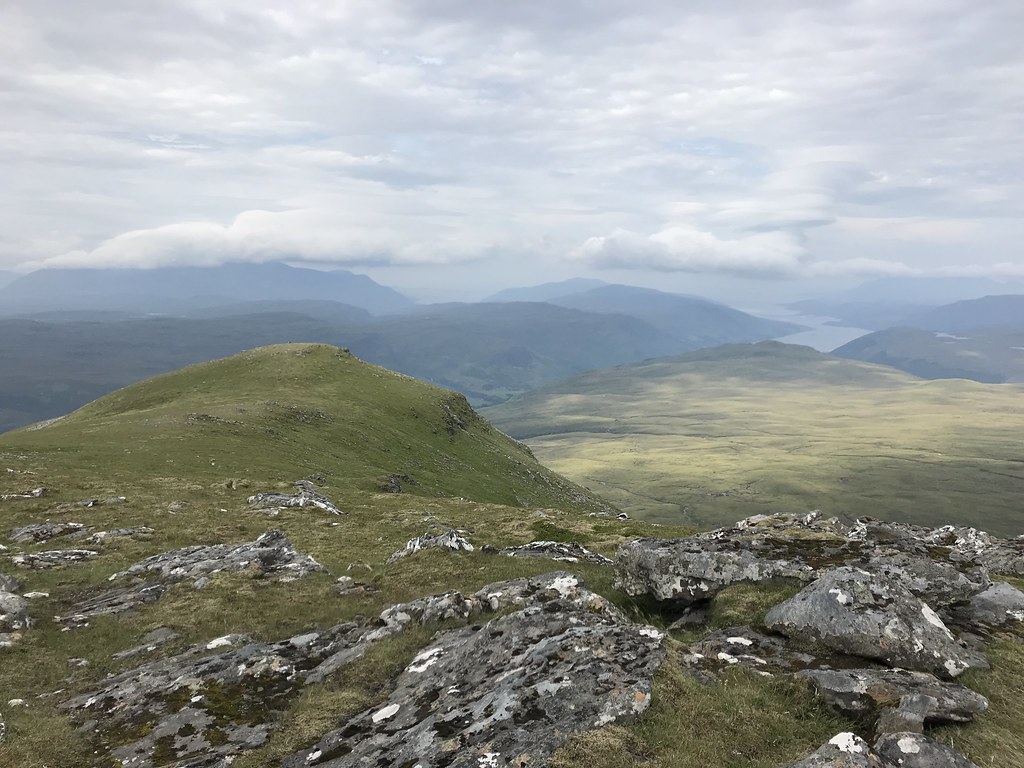 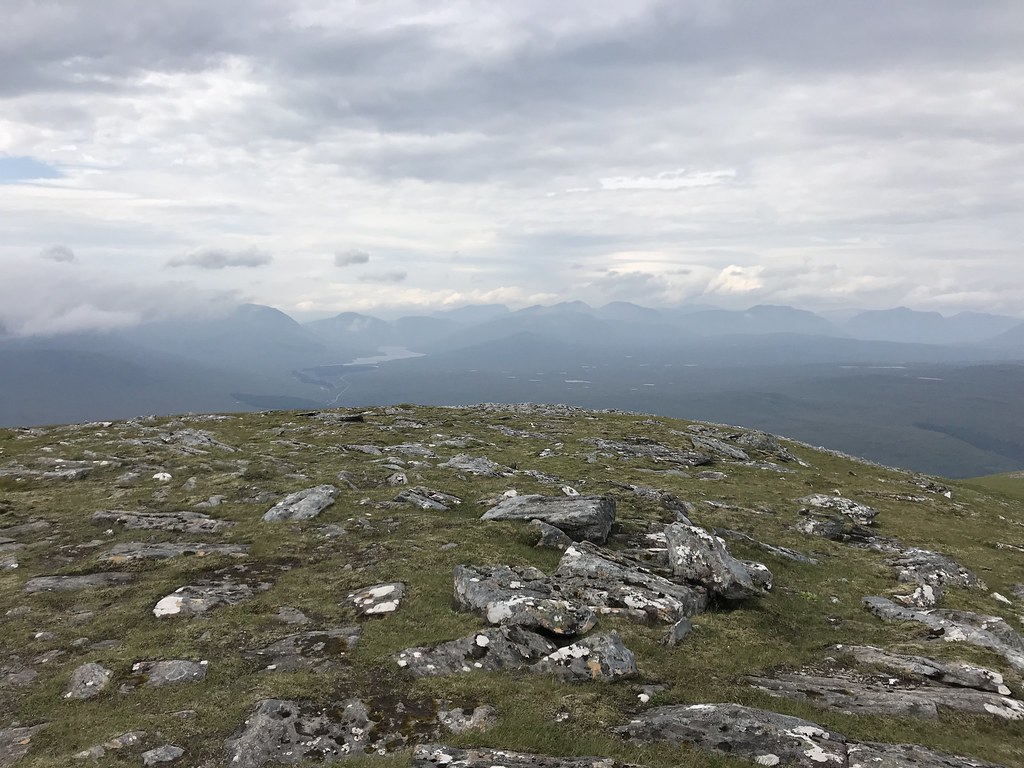 Loch a' Bhraoin and Fisherfield

I thought we would descend directly to Bealach nam Buathan as it's fairly straightforward. Certainly up high the ground is good, but it does get more heathery lower down, and Jackie was less than impressed - it seems now that the chest muscle is rather better, the bad knee has been taking a hammering 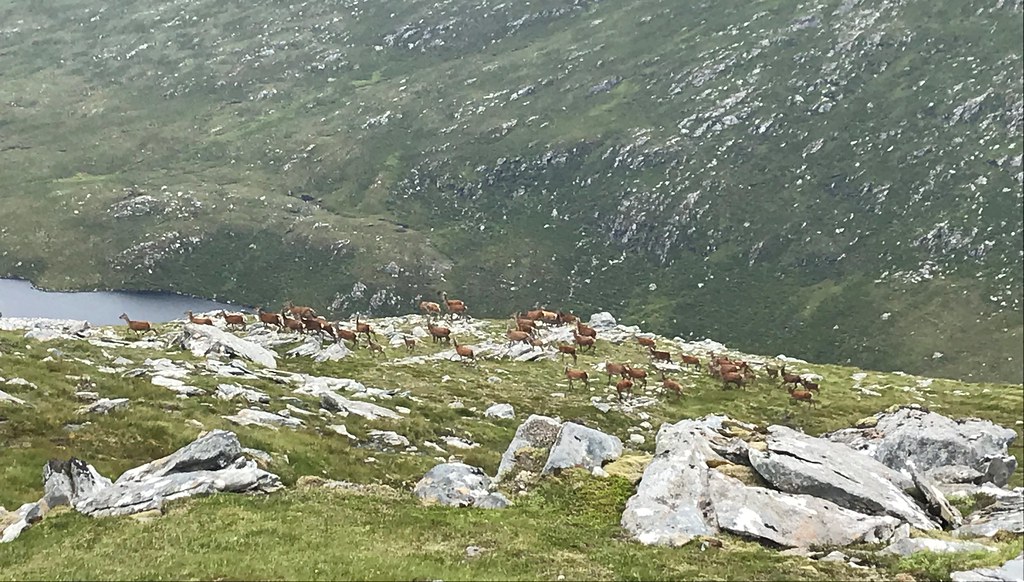 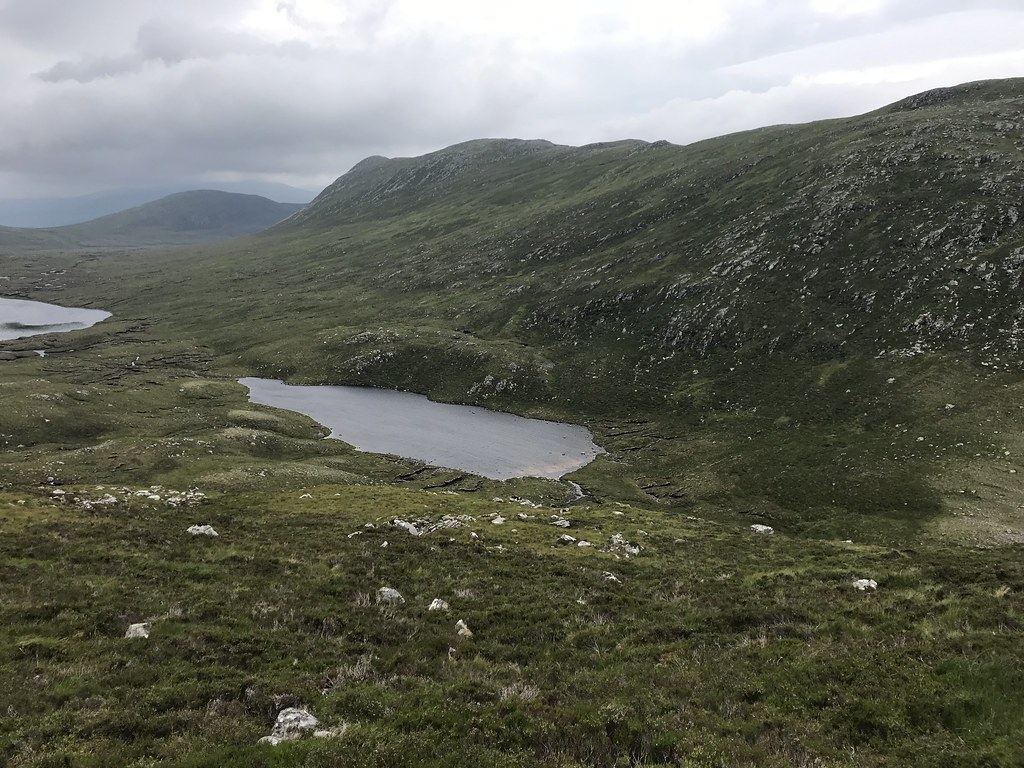 Down at the col, it was decision time - would we include Meall Doire Faid? I warned Jackie that the descent would probably be similarly **** therefore it wouldn't be my fault, but she was still keen. Just the matter of a short, steep ascent between the crags, which was good underfoot at least. 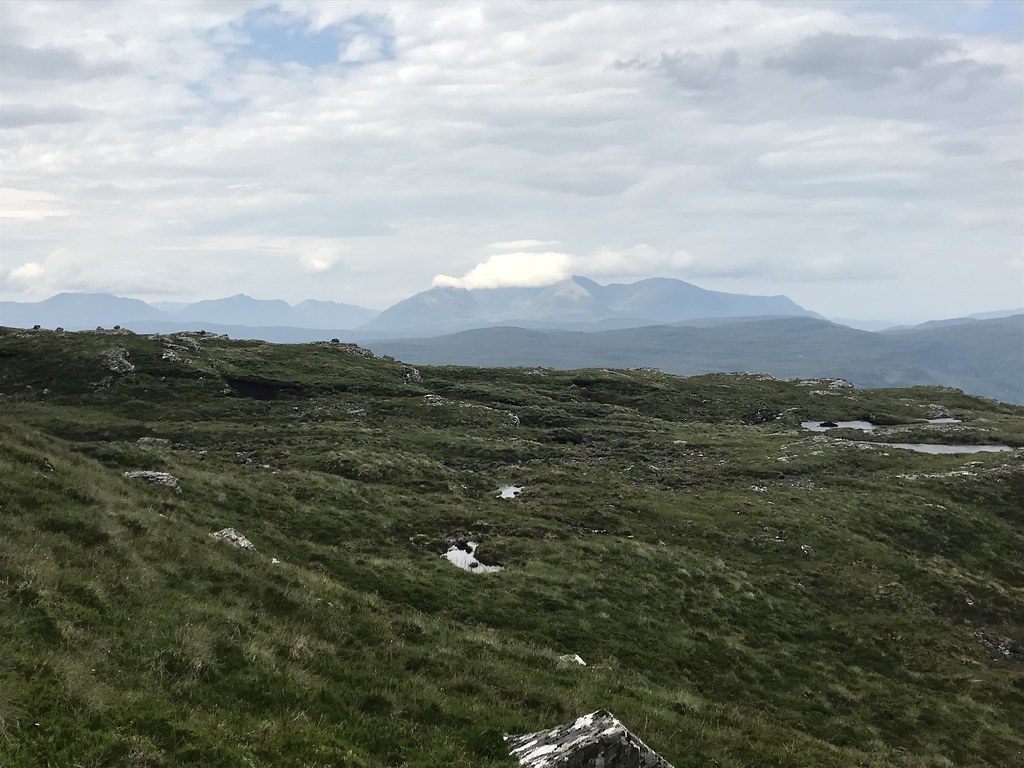 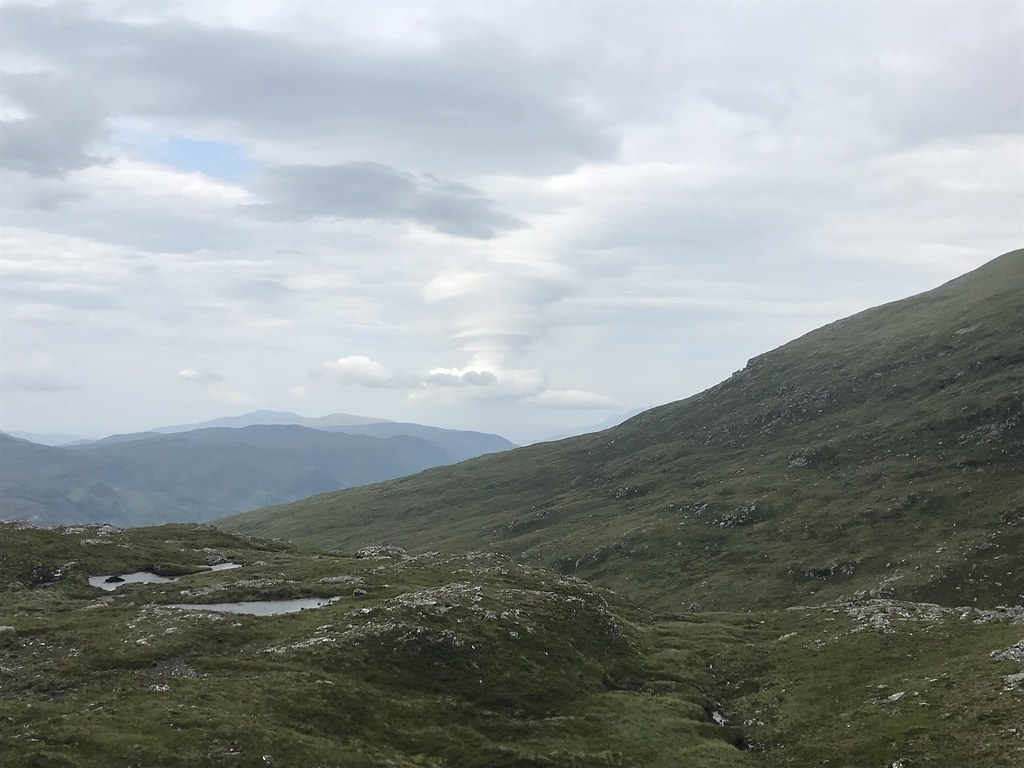 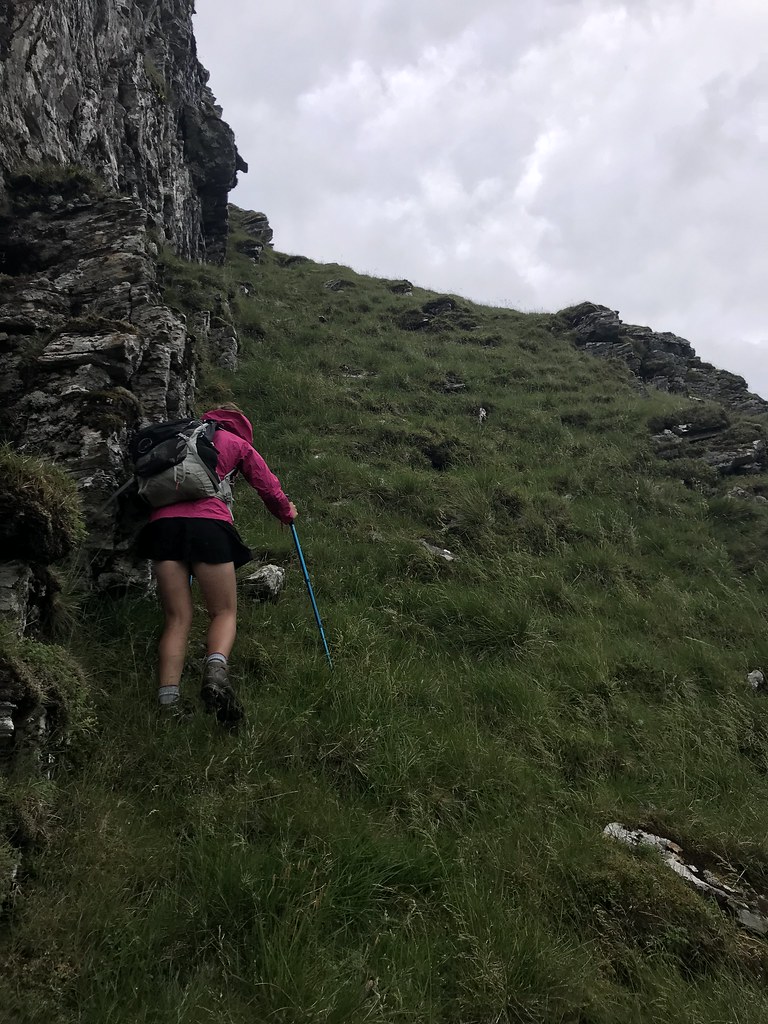 As we approached the summit, the first drops of rain fell, and we endured a quick, heavyish shower hunkered down beneath the summit outcrop. As soon as it cleared we started descending, knowing further rain was probably on the way. 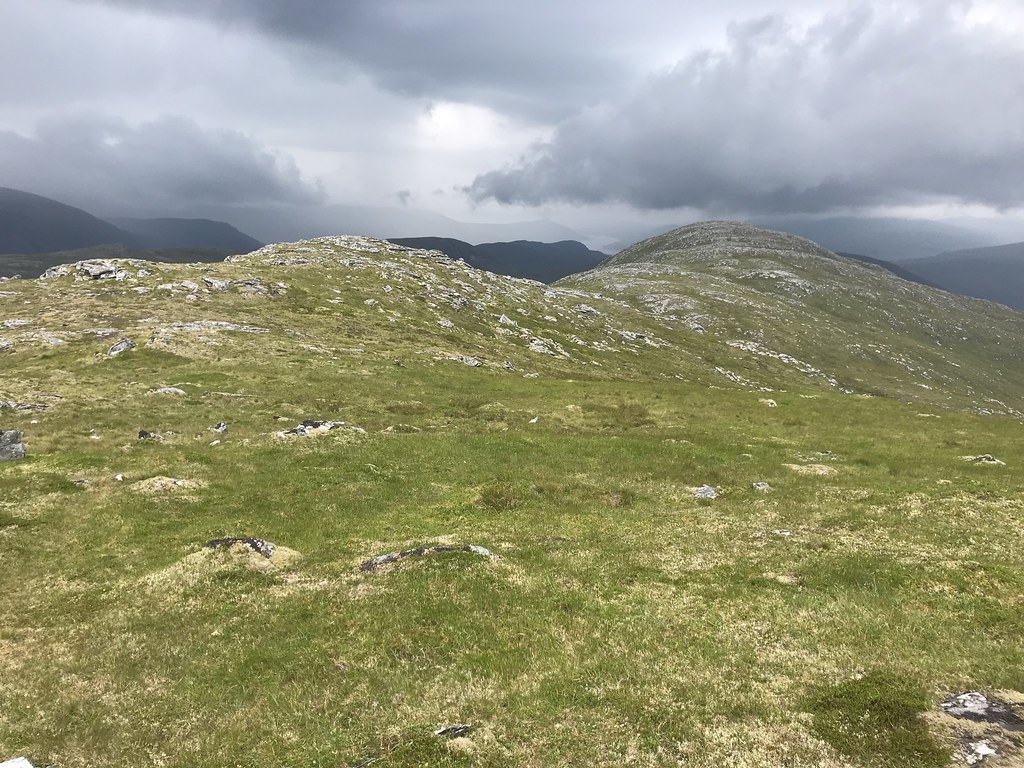 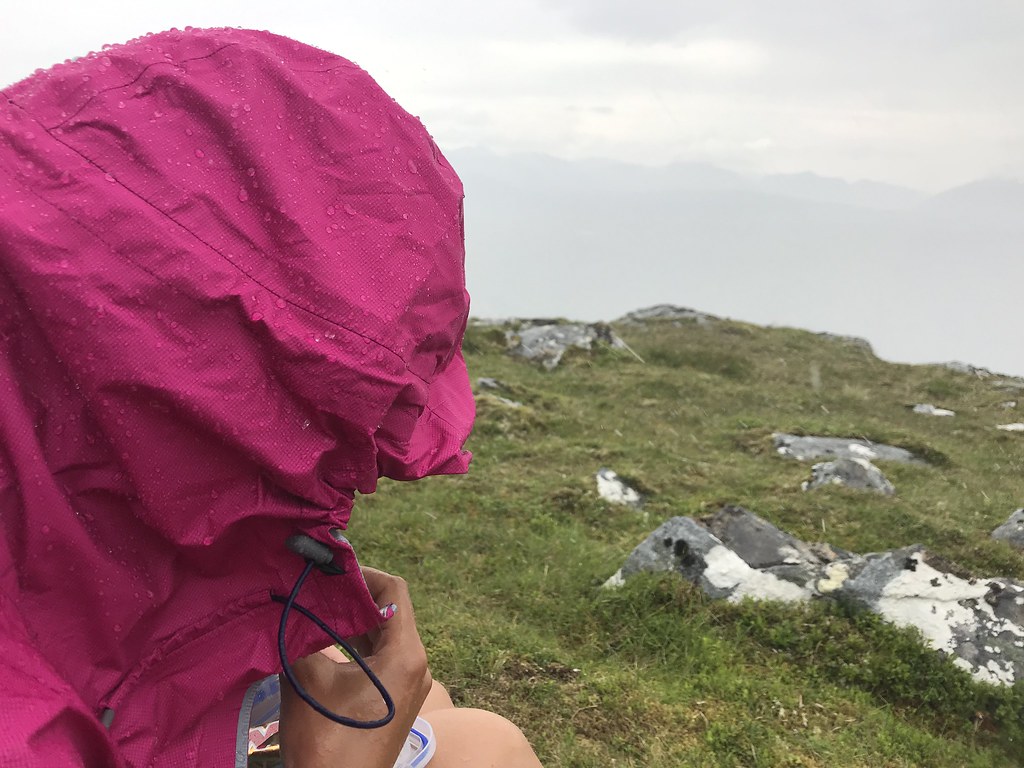 Damp on the summit 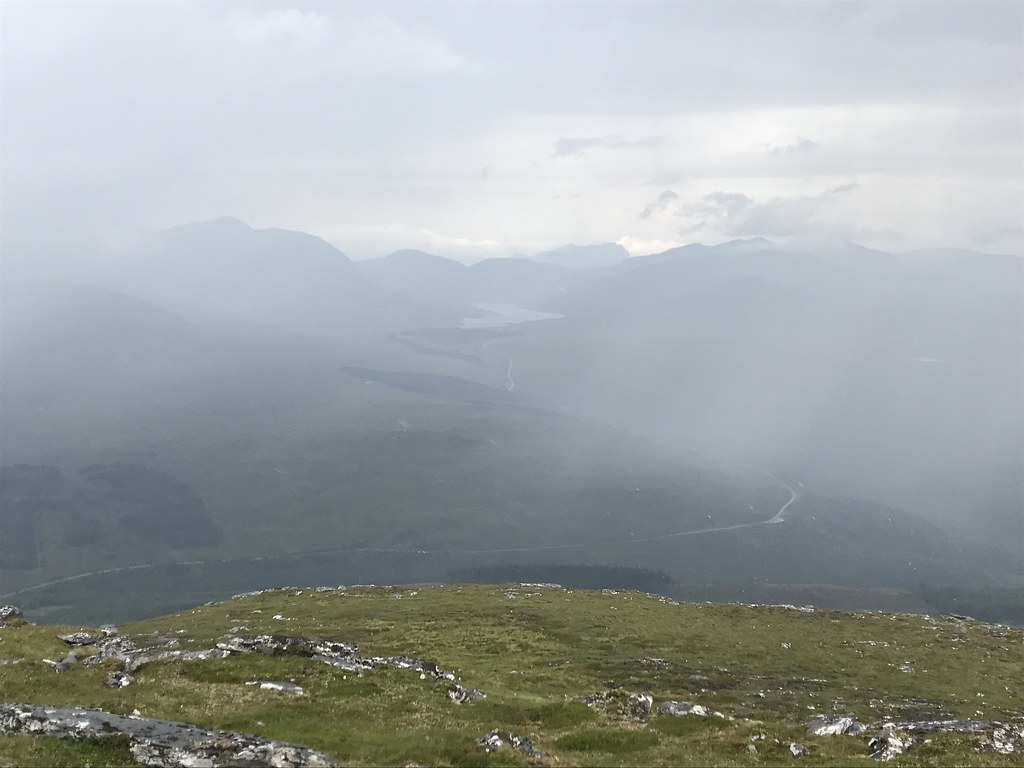 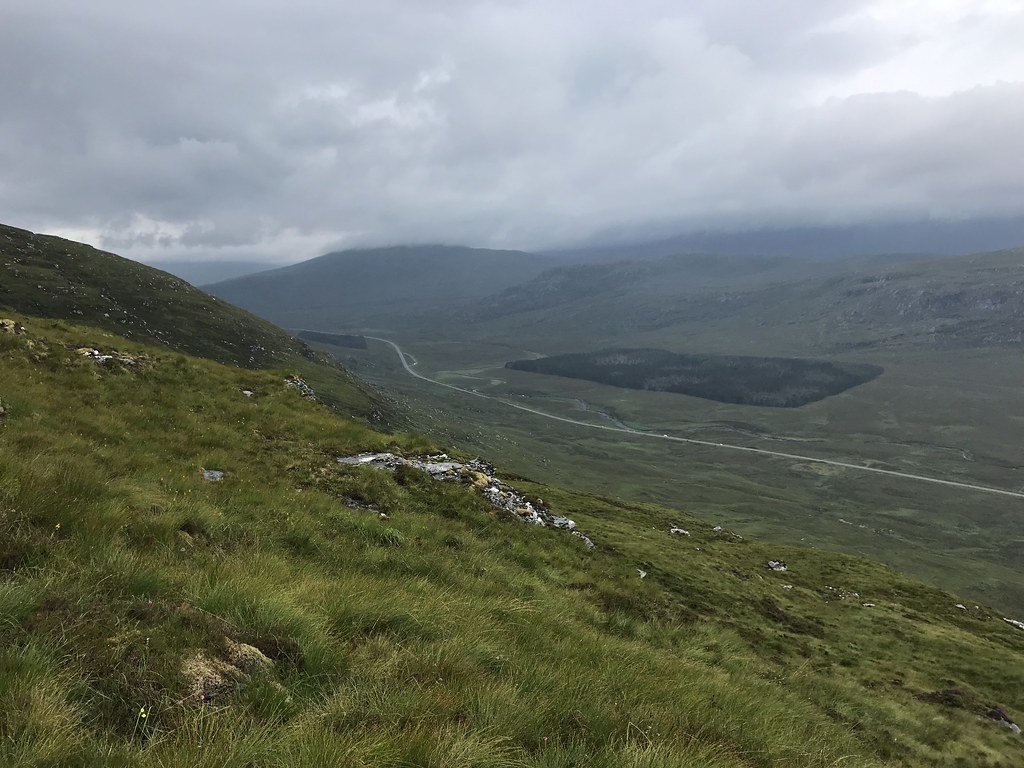 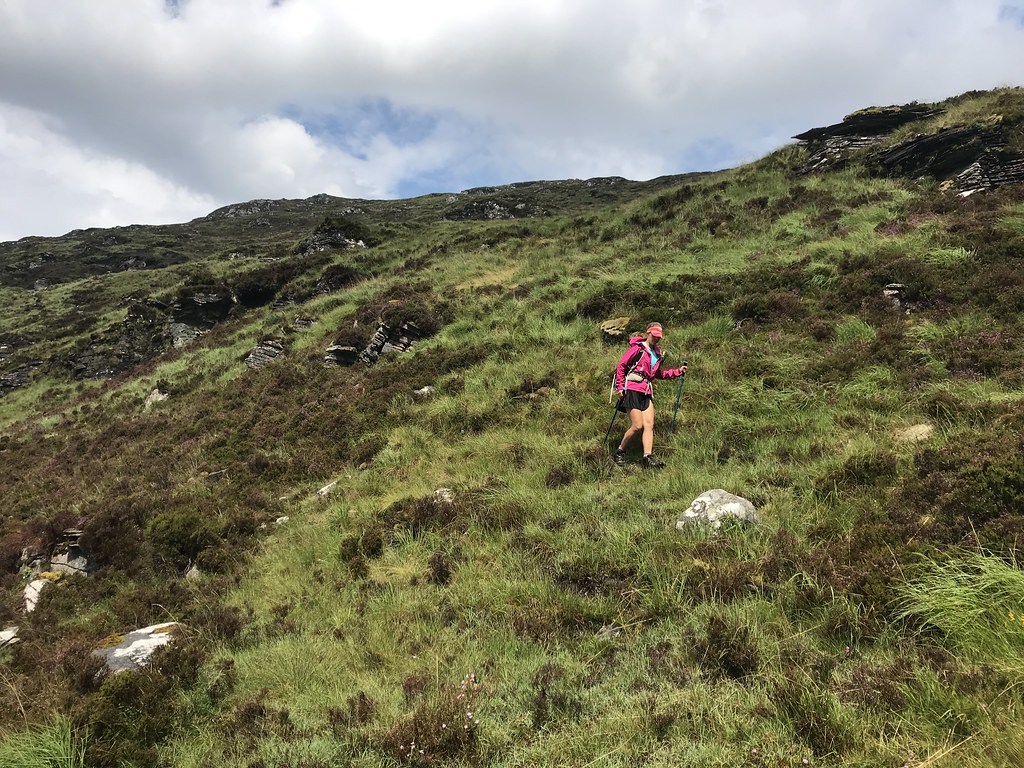 The way down certainly was a bit heathery, and not entirely to Jackie's liking - couldn't say I hadn't warned her! Eventually after another soaking and some frustrating long grass, we were back at the car at an unfeasibly early hour for us - before 3pm. With the weather looking rather crap, we didn't bother going down to Corrieshalloch Gorge, and hit the road home instead.

I had been keeping an eye on the weather over the weekend and it looked like the following week would have a substantial dry spell - time for something a bit more adventurous....