Rain and River Crossings in Ardgour...

Rain and River Crossings in Ardgour...

My final day away and another unclimbed Corbett (well apart from the two I inadvertently re did on the Sunday !! oops).

Beinn na h-Uamha wasn’t too far from yesterdays hill, and I did think of climbing it yesterday, however I decided against this as I wanted to explore Glen Gour, another glen I hadn’t previously visited!

Leaving the campsite, the rain was already falling and this was a theme for the rest of the day! Parking up at Sallachan, I started the walk along the puddle filled track with a river crossing running through my thoughts. It had been pretty wet for the last few days and if the river was in spate , I wouldn’t find out if I can cross the river until about 4km up the Glen! 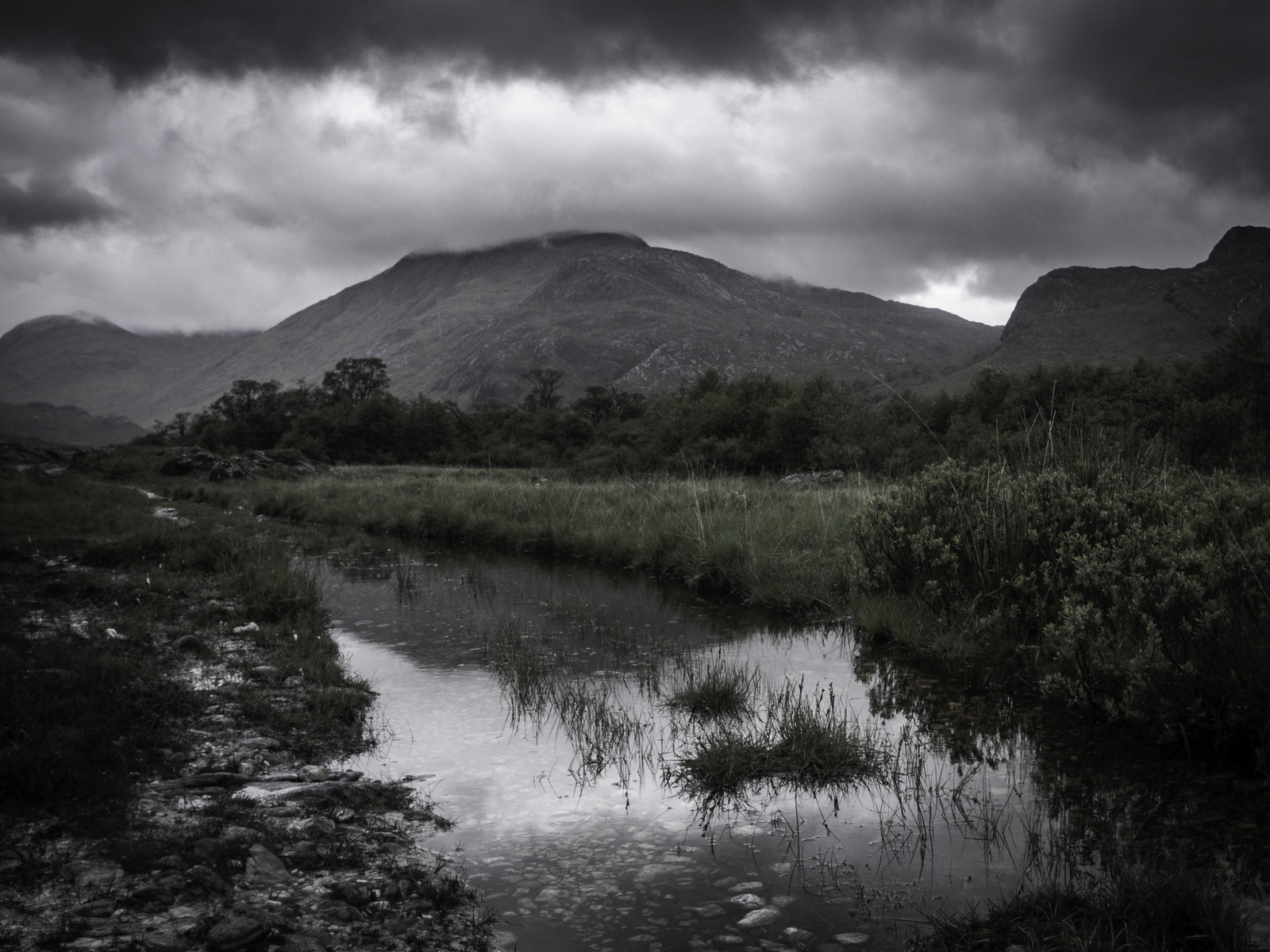 This is a lovely glen and wild and rugged mountains fill your views as you head up pat the loch and into the upper reaches. Eventually I left the rack and headed for the river crossing and glad I did as I came across a lovely dead tree which proved to be relatively photogenic. 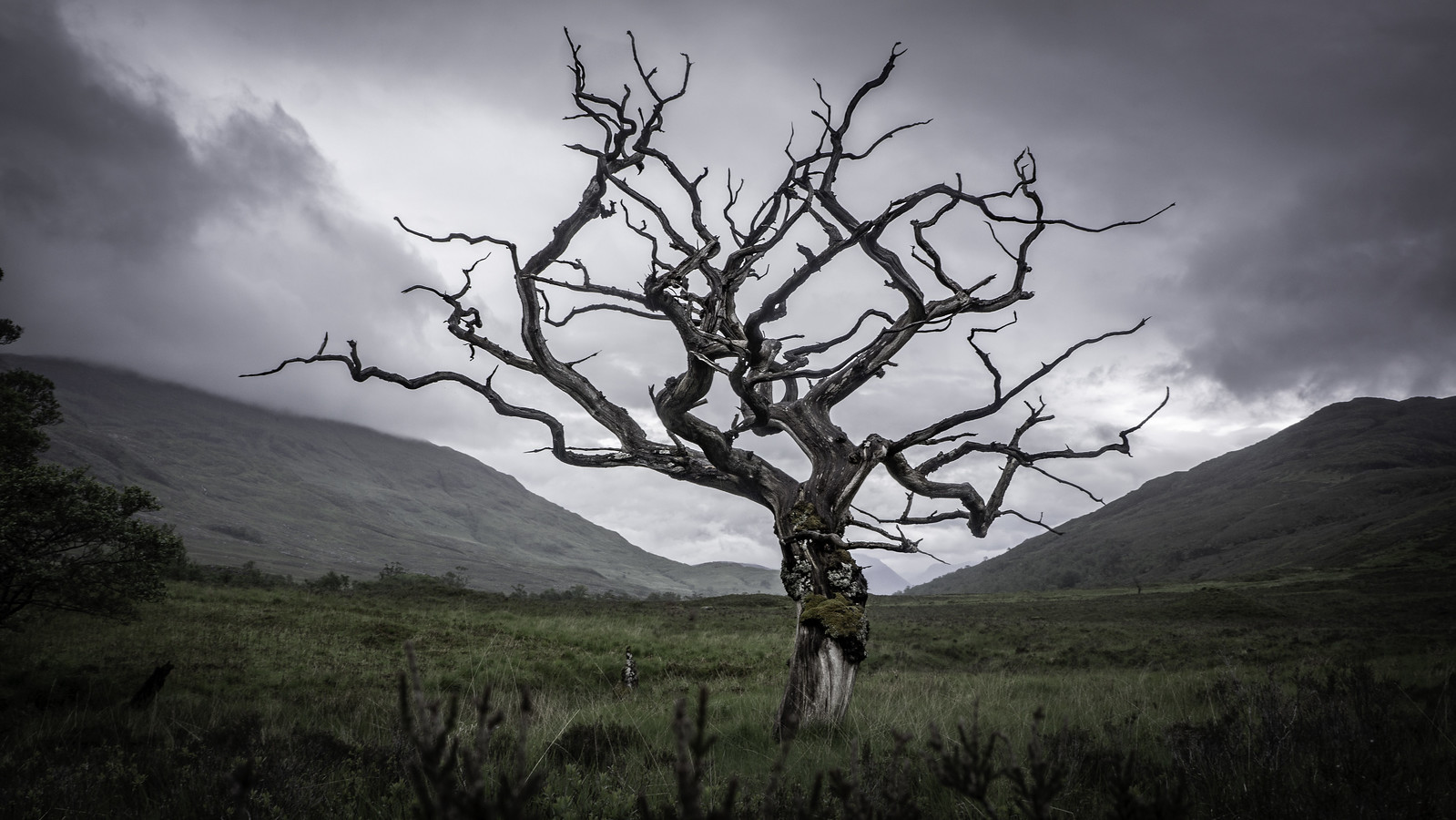 A few snaps and I was on my way ready to cross the river. It wasn’t too back, however without gaiters and waterproof boots, I’d have had wet feet!!

At this point you pass some more cracking old oak trees at the side of the river before crossing a bog to reach the hills side. The lower slopes were fern covered but as height is gaining rocks and heather take over!! The wind was howling and the rain pouring , so I was glad when I reached the damp summit and quickly about turned.

Keen to avoid being high in the cloud and rain, I looked at the map and saw a spur off to the south that gave a quicker (and steeper) descent down to the river which I took. The views over to the rugged Garbh Bheiin were impressive even though the summits were in the cloud.

Another river crossing and a long walk back to the van was done and now it was time to catch the ferry and head home. A grand wee adventure away in the camper van