After I had paused the previous day because of the poor weather and sore feet, and stayed in my cabin to read, I was eager to go to the hills again. After a lengthy analysis of all weather reports, I opted for a longer drive to Glenfinnan and to better weather.

The car park was nearly empty when I arrived - it would be jam-packed when I returned in the late afternoon. I soon reached the famous viaduct, and have to say that I was a bit disappointed. I can understand that back in 1897, it was a pioneer work in mass concrete, and it surely is nice to look at from a distance, but from up close, it is just rather ugly concrete (not a fan). 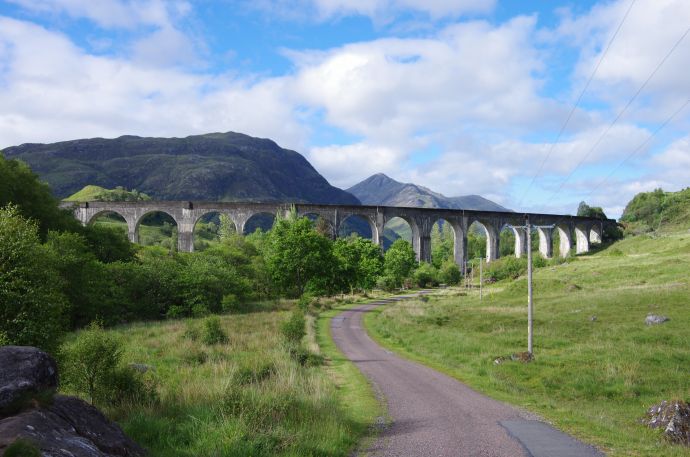 Looking back to Glenfinnan Viaduct 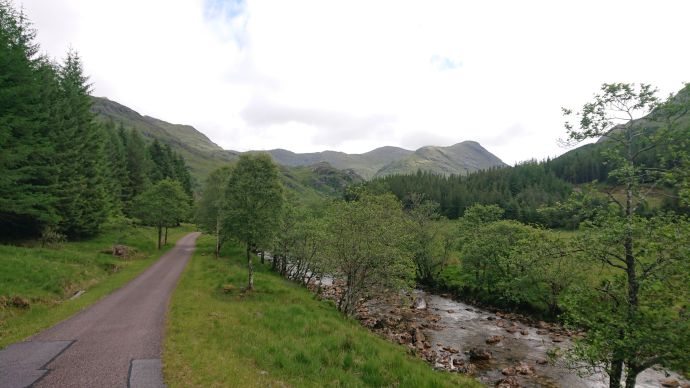 The little private road leading up Glen Finnan was good to walk on fast, and soon two young guys walking even faster overtook me. They had been up Aonach Mòr and Aonach Beag the previous day despite the low clouds and heavy winds - they said it wasn't too windy up there due to the Northwesterly wind, which I didn't quite understand. They were somewhat in a hurry and in no mood for much smalltalk, and went quickly on. In my mind they were from then on known as the "Two Aonaich". The two Aonaich speeding away, Sgùrr Thuilm hidden in the clouds and behind a false summit

Soon after, a gentleman in a Jeep who had before been speeding up the glen on the opposite side of the River Finnan stopped twice to first ask the two Aonaich, then me where we were heading. He was very friendly, wearing a tweed jacket, and seemed to be some sort of estate manager. I saw him again in the afternoon near the viaduct, talking to more people on the road.
When Glenfinnan Lodge came into view, all I could think was "what a magnificent place to have a house".
Soon after, I left the road to continue on the track leading to Loch Arkaig, passed the Corryhully bothy and a woman camping next to it with her dog. After a little ascent, the signposted (!) path to Sgùrr Thuilm forked off. By this time, the two Aonaich were far ahead and above me, and I wouldn't see them again. I guess they were back down at the car park before I had even reached Sgùrr nan Coireachan. The walk itself was quite eventless - a good path to walk on all the time, and luck with the weather. Both summits were free of clouds when I was up there. I only had a little rain during the descent - just when I heard the Harry Potter train whistling.
I took my time and enjoyed the extensive views up to Skye. 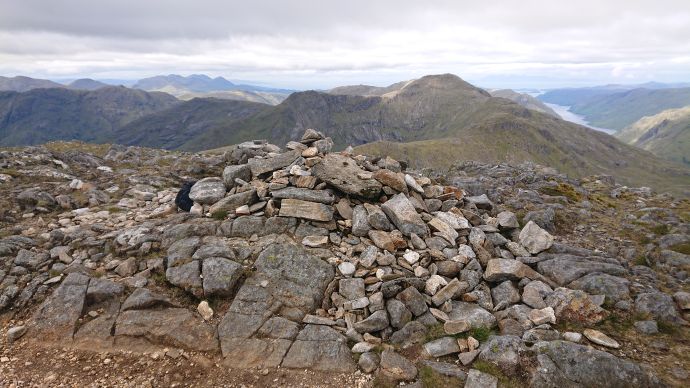 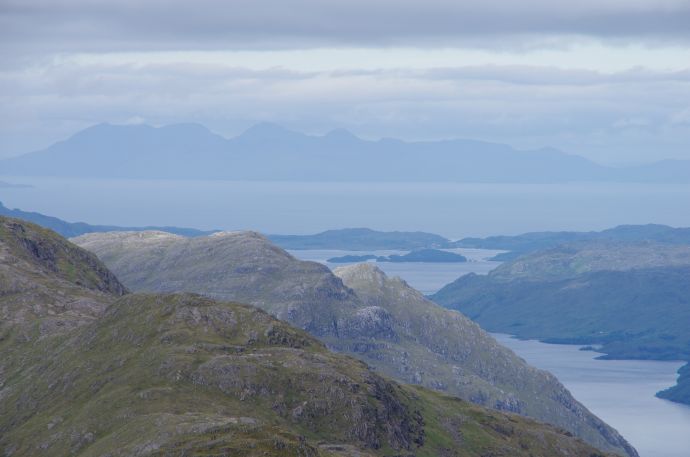 Loch Morar, Skye in the background 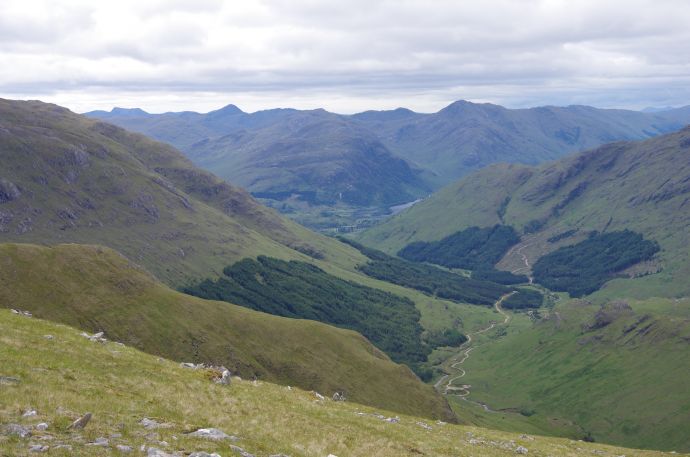 Glen Finnan and the viaduct The viaduct up close Detail of the ridge, Sgùrr nan Coireachen in the background 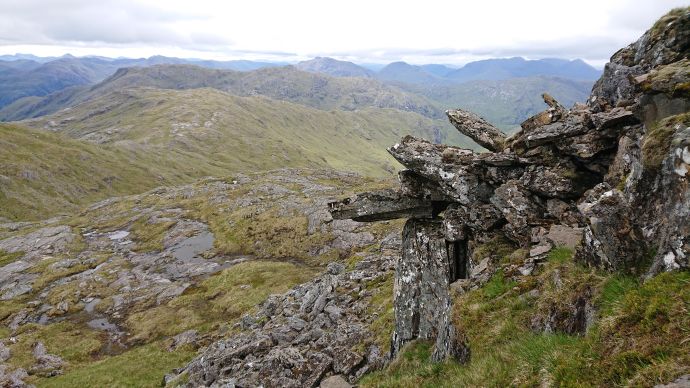 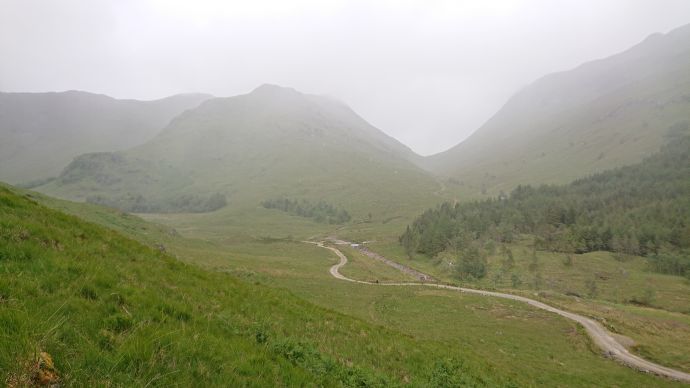 Almost back on the valley floor, looking back to where I went up Deer grazing right next to the road Not the Harry Potter train

20190613_red.gpx Open full screen  NB: Walkhighlands is not responsible for the accuracy of gpx files in users posts