I'd somehow neglected doing these hills for years now despite being less than an hours drive away so this week during a rare sunny forecast i decided to go for Ben Cleuch and its neighbour King's Seat Hill.
Parking near the old mill in Tillicoultry i basically followed the WH route into Mill Glen keeping to the right of the burn going past the quarry. I'd read several reports concerning rock fall and path reconstruction in the glen and there did seem to be evidence of this but it was all finished and open for business now. The path itself wound its way up the glen crossing the burn via a couple of footbridges which gave great views of the water which was in spate.
The final footbridge gives access to The Law which, after an easy scramble at the bottom, gave quite a steep ascent and proved to be the hardest part of the entire walk. 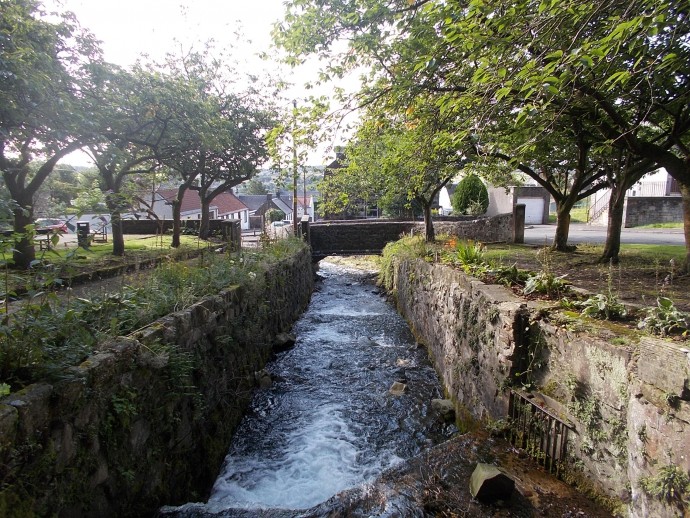 Near to the old mill 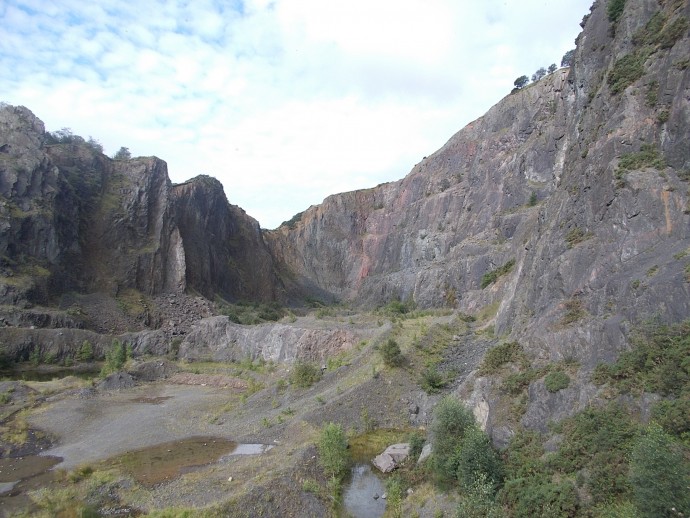 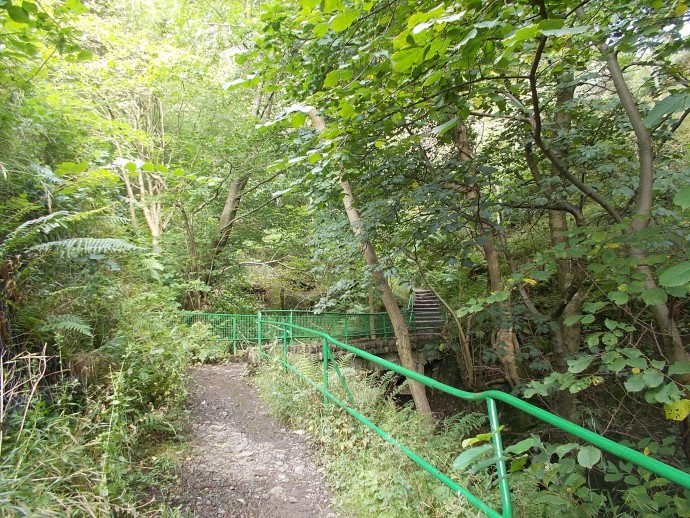 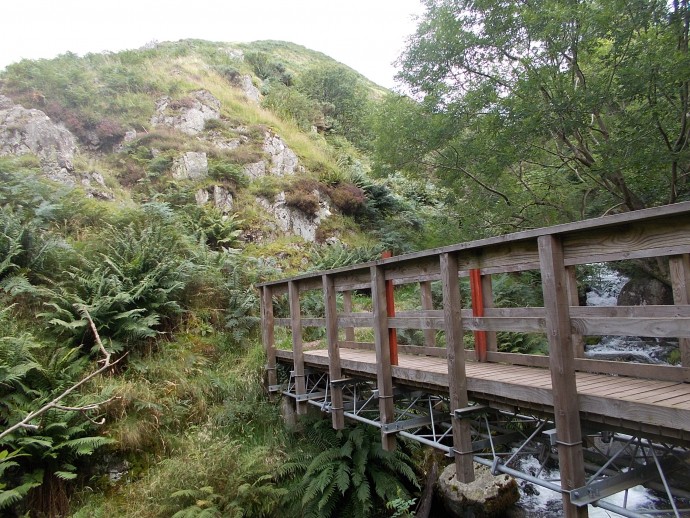 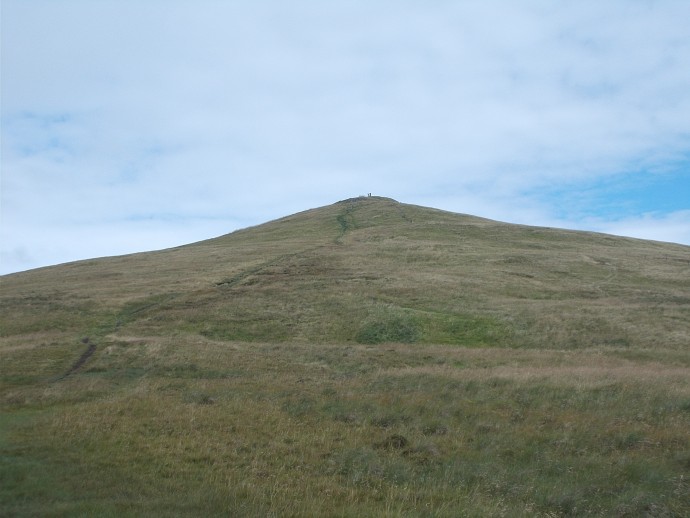 The view from The Law was great and gave me my first proper look at the rest of my target hills for the day as well as my return route on the opposite side of Mill Glen. 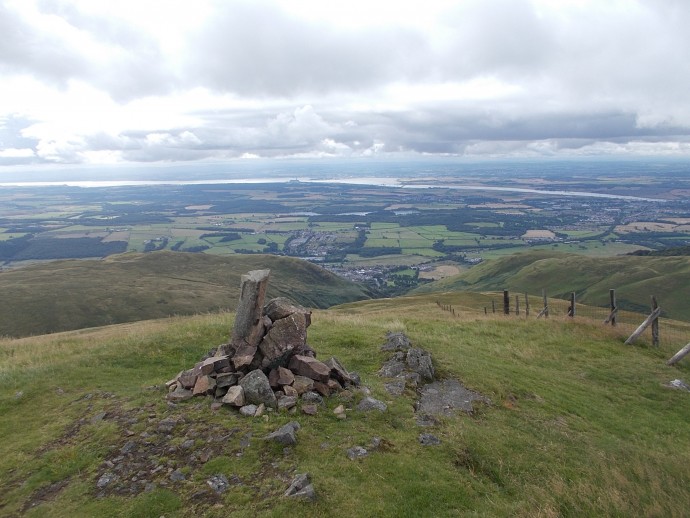 Summit of The Law 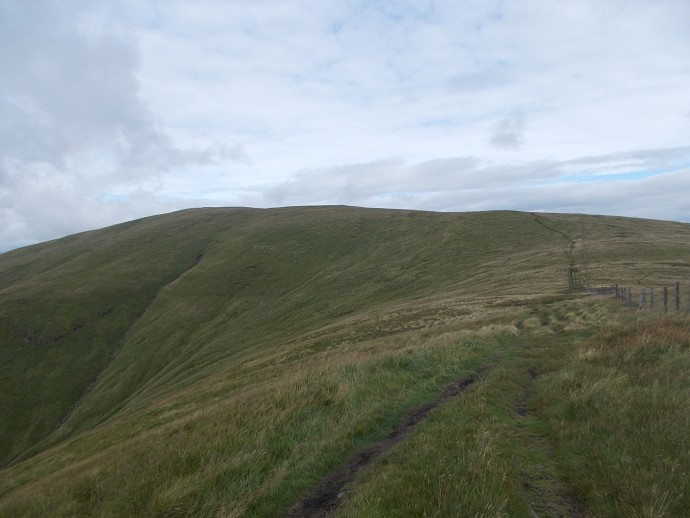 The walk between The Law and Ben Cleuch followed a fence line and was straightforward and a bit boggy but still took me less than 20 mins. By now the sky had gotten noticeably duller and i could see rainfall on the hills in the distance so after a couple of photos i set off again retracing my steps back down the fence line east towards Andrew Gannel Hill where the going was good and drier on a well defined grassy path which lead up and over the summit and down to the floor of the glen. The path for King's Seat Hill broke off from the main path back down the glen and rose quite steeply up the hillside before leveling off a good bit where it finally lead to the summit area which was crowned by a large cairn and stone shelter. When the sun was out the views here were excellent with the River Forth and Kincardine Bridges being a highlight though i could see bands of rain making their way along the valley below. 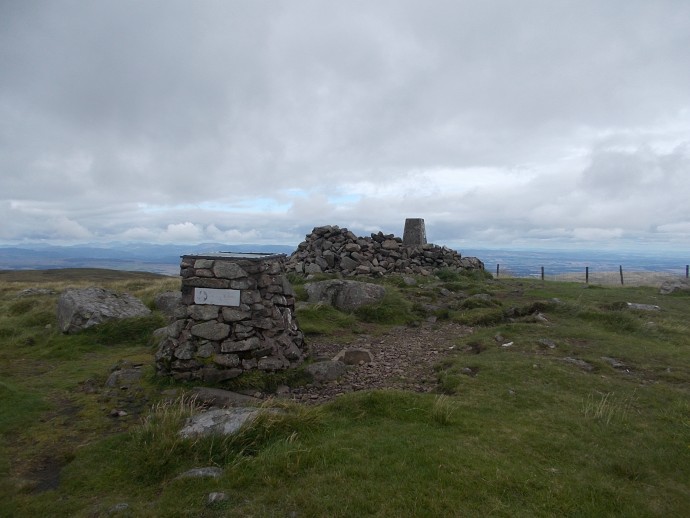 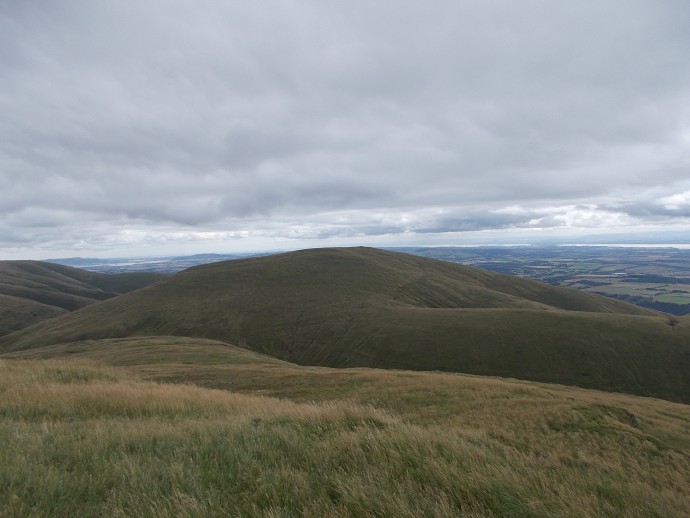 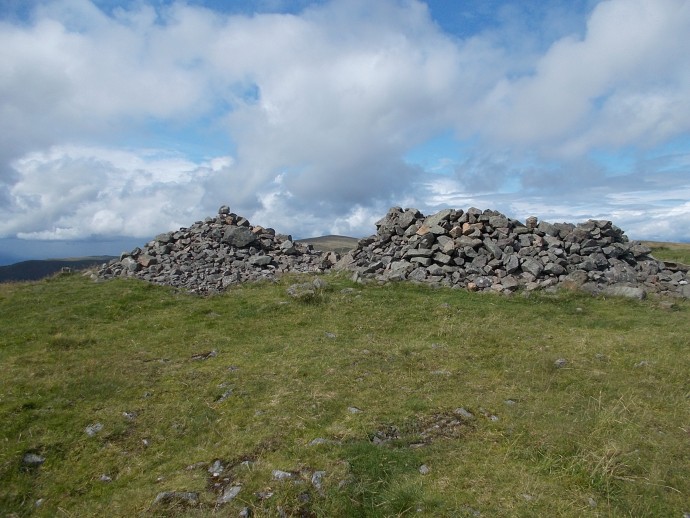 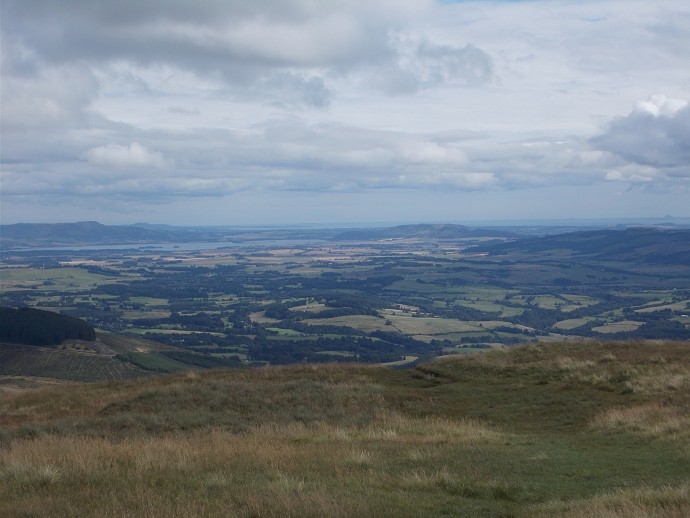 After lunch at the King's Seat cairn i set off down a path which ran parallel but higher than the main path back down the glen and it was here that the rain finally caught me with a heavy drizzle which didn't let up til i was almost off the hill.
When the sun came back out i found myself just above Tillicoultry where the path wound its way steeply down through an area of soaking wet ferns before reaching the woodland near the start of the walk.
Despite the mixed weather it was a really good round which i should've done years ago and will probably visit again.